Belgian beer has won many prestigious awards and is rightly considered one of the best in the world. Many varieties are still brewed using recipes left over from the days when the number of breweries in the country was equal to the number of churches. Today in Belgium there are more than nine hundred varieties of beer. And the culture of drinking is admirable. We will tell you what kind of beer you should try in Belgium, how to choose it and where to buy it. We will advise reliable brewers and give you valuable tips. 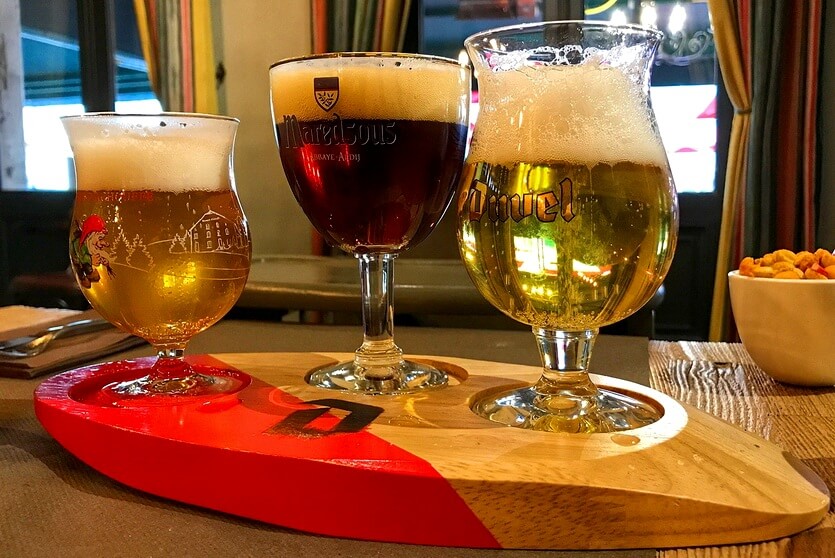 Belgian beer differs from most European beers by its higher density and high strength (usually not less than 6o, and sometimes up to 12o). In addition to the usual beers, Belgians enjoy beers with unusual ingredients, such as sugar, honey or fruit. It’s really delicious and worth a try.

There are more than two walls of breweries in the country. Most beer in Belgium is sold in bottles rather than cans (the kingdom believes that only glass can preserve the true taste of the drink). Almost every beer in Belgium has its own unique glass. Everything is just like with wine – the special shape helps to reveal the properties of the drink to the end without losing its fragrance. Not surprisingly, the Belgian beer culture is included in the list of intangible heritage of UNESCO.

Some beers in Belgium mature in bottles, releasing gas. The pressure is so high that special corks are needed to seal them. Sometimes Belgian beer can be as bubbly as champagne.

There are several dozen types of beer in Belgium. Let us tell you about the most famous ones that you should definitely pay attention to. 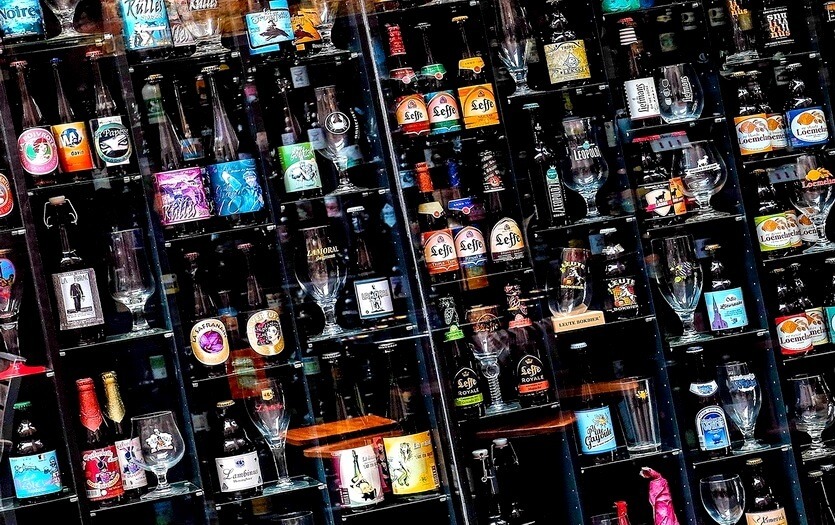 Light Belgian lager. No frills, but very tasty. It is not bitter, not sour, has a subtle sweet flavor. This is the most “popular” everyday drink. It can be served for dinner, or just to quench one’s thirst. Europeans love it, Belgians revere it, and tourists buy it most often.

The best-selling beer in Belgium is Jupiler pils from the brand of the same name. It is the beer that is associated with this country in the first place. Jupiler beer is the main sponsor of the Belgian professional soccer league and the national team. On the eve of the 2018 World Cup Jupiler changed the brand name to Belgium to support the team. The design of the can remained the same, so you are unlikely to confuse it with anything else.

The second most popular Belgian beer producer is Stella Artois, well known in Russia. But it is worth trying it in Belgium – the local beer is much tastier (numerous reviews by tourists agree). Light beer with amber color, light refreshing taste, softness – “Stella Artois” has a really recognizable taste.

Blanche, or the so-called white beer, is a must-try in Belgium. The most popular among Europeans, not too strong, with a slight sourness and almost no bitterness. It is brewed from oats and malt, sometimes adding unique ingredients to create something special. It has a rich, complex aroma with a sweet, light hint of something spicy. Unfiltered wheat beer is also known as “Belgian ale”. It is very mild and easy to drink, and therefore highly valued among young people. 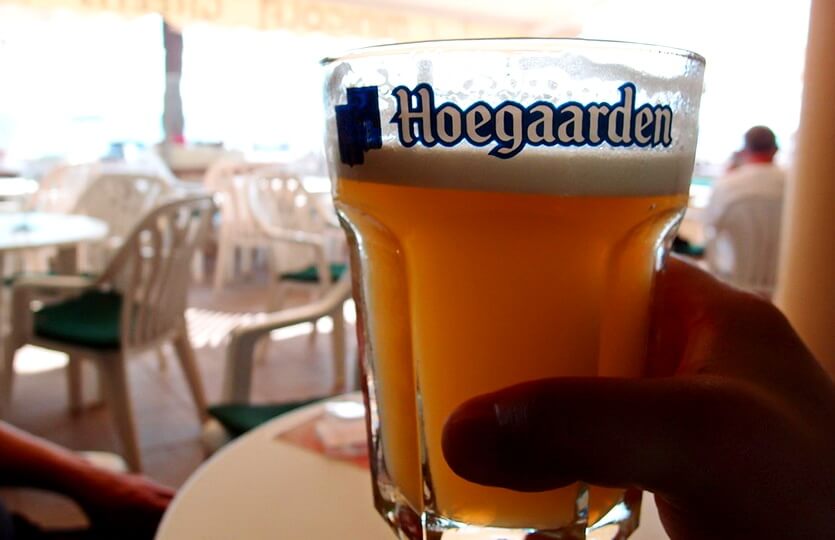 The most popular brand of Belgian blanc is Hoegaarden. A little coriander and orange peel are added to this beer during brewing, the notes are barely perceptible, but give the drink a unique recognizable flavor. Other brands may be advised:

A very famous variety of Belgian beer, which is prepared by a unique technology. Lambic should not be bitter, so the hops are not used fresh, but “cured”. Two other important ingredients are malt and wheat grains. Once brewed, beer wort is not bottled, but aged in barrels like wine. The minimum “maturation” period is three months, the more mature types wait for 2-3 years. There are four types of lambic: classic, gez, faro and kriek. 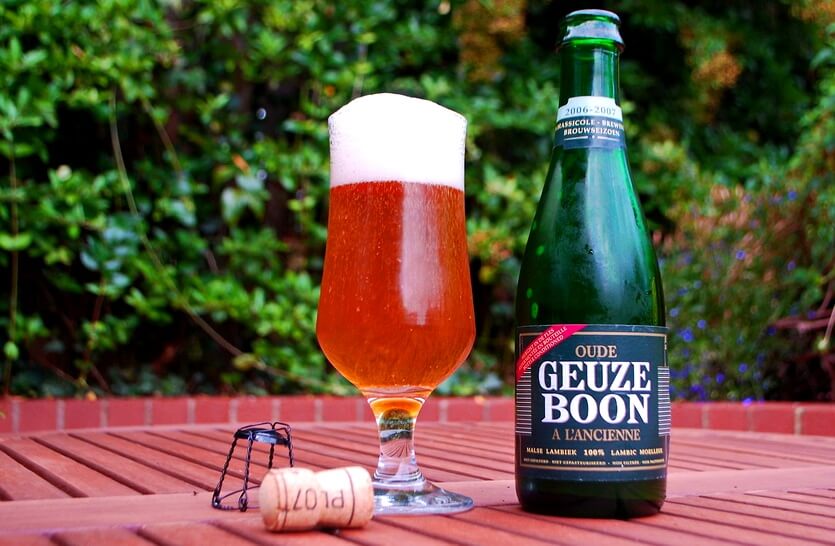 In some cases, a young beer is mixed with an aged one. This kind of beer is called gueuze. Any variant of this Belgian beer is definitely worth a try: do not only drink draft, even bottle. Women usually like the fruity varieties of lambic: cherry, lemon, raspberry, peach and grape – options to suit all tastes.

The first thing to try with a barrel-aged drink is faro. It’s a light hoppy drink with a wine flavor, slightly sweet and refreshing. Be sure to try this beer in one of the Belgian pubs.

Of the bottled beers we can recommend:

Strictly speaking, this beer should have been discussed in the Lambic subsection, as it belongs to this variety. But the legendary Belgian beer Kriek is such a resounding success that it deserves a special mention. 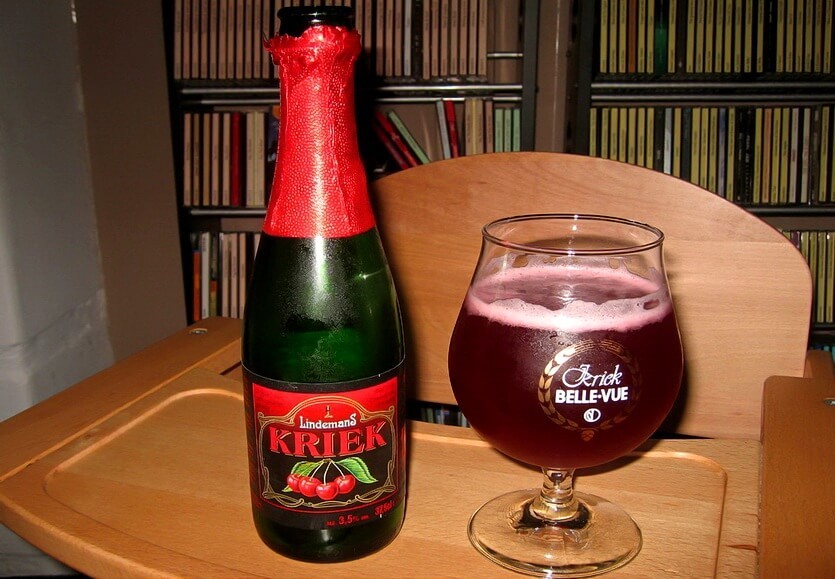 It is produced in exactly the same way as lambic. However, at a certain point, special types of cherries (fantastically sweet and fragrant) are added to the beer wort, pitted. Around 13kg of product is used per 100 liters of beer, so the taste is really bright and rich.

At the Christmas fairs in Brussels or Bruges, you can taste the aromatic punches brewed with kriek beer. If you get the chance, don’t miss out.

Many breweries produce kriek in Belgium. We advise a few popular brands, but unfamiliar brands are also a good bet:

This beer is a must-try in Belgium, it is unique. The legendary ale is brewed by local monks in ancient monasteries. Trappiste beer can be light, but most of the time it is a thick, strong drink with a rich dark color. The characteristic bitterness gives it a unique taste and the buttery, fruity aroma is long remembered. There is always a thick sediment at the bottom of the bottle. It is considered healthy, so Belgians and true connoisseurs try to eat it. 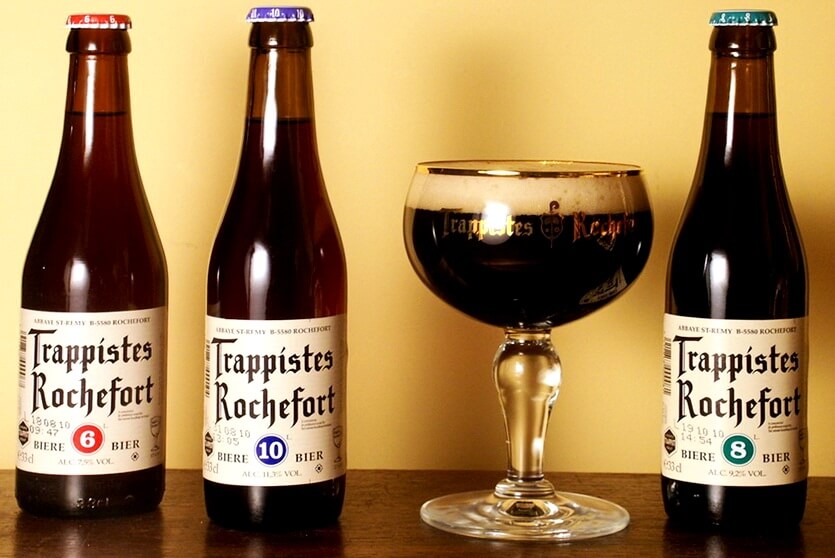 There are only six producers of genuine trappiste in Belgium:

This is essentially the same as the Trappist beer, but it is not made by monks, but by modern producers in large factories. They can involve specialists from monasteries, but they have the right to make changes. However, this does not make the beer any worse. Full-bodied, with a pleasant bitterness, in a good way strong and dense – it is not for nothing that it has so many fans. It is believed that the best abbaye is brewed by Leffe. So the first thing to do is to go to the supermarkets in Brussels and look for abbaye beer, you should definitely try it. 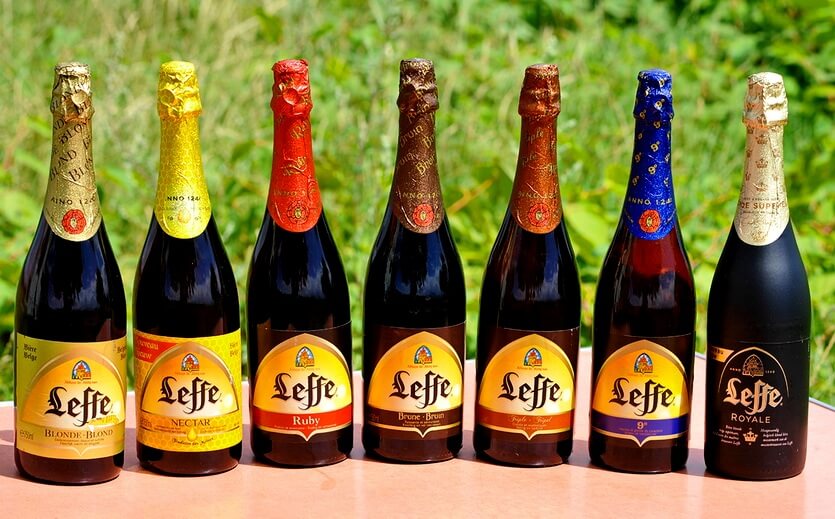 We also advise to pay attention to the drinks of the following producers:

We can talk about Belgian beers endlessly. We will add a few more that are worth trying in Brussels, Antwerp, Bruges or other cities in the country. Take note of the following beers:

Beer tours in Belgium in Russian are not held very often, because they are in much greater demand among Europeans and Americans. However, we have selected some excellent options that will appeal to gourmets and connoisseurs of good beer.

A great tour in Brussels for the company or family with brilliant reviews. As you walk around the city, you’ll explore not only the sights, but also the main gastronomic symbols of Belgium. French fries, chocolate, beer are just a small part of the program. Tastings, an interesting introduction to the culture, legends and traditions – it will be delicious, fun, informative.

On this tour with a Russian guide, you will quickly become convinced that delicious food is something worth visiting Belgium for. Legendary sweets, the most delicious beers, national cuisine… You will go to an old medieval bar to taste freshly brewed foam. White, Trappist, Kriek – this is only a part of the “beer” program.

A great excursion for the first introduction to the city. You will see the works of Rubens and Van Dyck, appreciate the magnificent diamonds, and most importantly, the legendary Belgian beer. Architecture, history, traditions, legends and curious stories are the perfect way to explore Antwerp. After a busy tour you will relax in one of the best breweries in the city with a glass of freshly brewed beer.

Before you travel to Belgium, be sure to read our guides on the national cuisine and sweets of this country. And check out our great guide to shopping for some great tips.

What Belgian beers to try?

Belgians love beer very much. What’s more, they respect the tradition of brewing and know how to create a really good and tasty drink. For this reason, Belgian beer is famous all over the world. To visit Belgium and not taste the local beer is like visiting France and not even a single glass of wine. It’s hard to say how many beers are made in Belgium. Considering the small breweries, there are more than 900 brands, about 300 of which are labeled. It’s easy to get lost in such a variety!

READ
Hugging the trees: one day in the woods will boost your immune system for a month

If you want to learn more about beer and taste the best brews in an authentic location, you can attend a beer tasting in Brussels, you can see more here.

To make it easier for you to navigate the names, we suggest you read the conventional classification of Belgian beer, which lists the most popular brands for each type. As you can see, it will take you more than a day to try at least one representative of each type, as most beers are quite strong and contain from 5 to 9 or even 12 per cent alcohol.

Which Belgian beers are worth trying?

We recommend you look at the following Belgian beers:

READ
Gastronomy tourism: where to go for a newcomer

How much does a beer cost in Belgium?

A 330ml glass of beer in bars and restaurants usually costs 3 to 5 euros, some rare beers are more expensive, up to 7 euros (such beers are usually served only in specialized bars offering more than 300 beers).

Where to buy beer in Belgium? Where can I buy a glass of Belgian beer?

The most popular beer brands, such as Duvel, Leffe, Delirium Tremens, Westmalle, Kwak, are sold in supermarkets. Gift sets consisting of a couple of bottles of beer and a matching glass are also available in large supermarkets. Every major city has one or more stores selling not only popular but also rare Belgian beers, for example Delirium Red is not available in supermarkets and not in every bar, but in Bruges and downtown Brussels it is found in almost all specialized beer stores. And, of course, popular Belgian beers in bottles of up to 1.5 liters, as well as gift sets with glasses can be bought at the airport in Brussels.