Using an outdated browser increases the risk of hacking your computer. Upgrade your browser!

The capital of Finland is perfect for having a great time for people of all ages. Here are nine magical places that, when visited, leave an indelible imprint on the soul of every child. 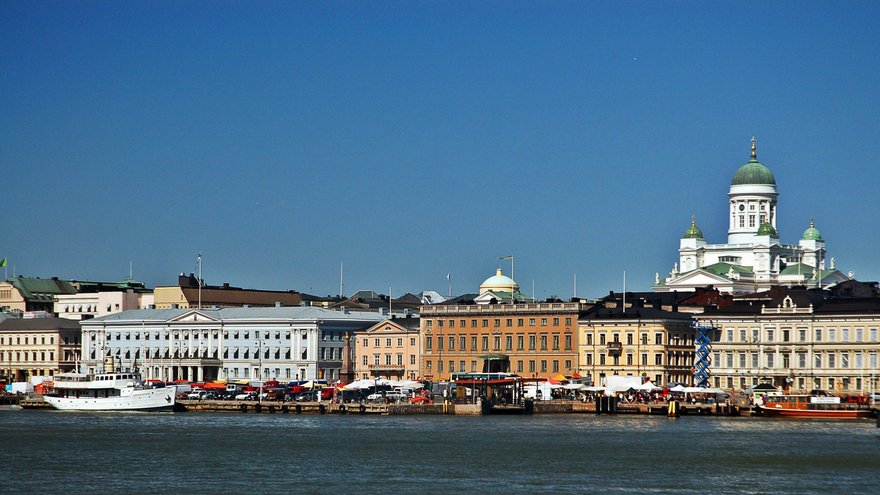 Linnanmäki is the oldest amusement park in Finland. It opened more than half a century ago, in 1950, and the symbol and most recognizable attraction of the park is wooden roller coaster. Now the park has 43 rides for children of all ages, including several extreme rides, traditional carousel and race track, dead loop and the chamber of horrors for those who like to tickle their nerves, and the Ferris wheel, which offers a beautiful view over the entire city.

One ride costs 7 € and a bracelet, which gives the right to try every ride in the park, costs 35 €. The park is open to visitors from late April to late October.

Leikkiluola Play Cave is an indoor play center for children located near the center of the Finnish capital, just under Hakaniemi square.

Leikkiluola Play Cave offers a variety of games and activities for children of all ages, from the very youngest. Among other things, there are inflatable trampolines, an obstacle course, a ghostly cave, a climbing wall and a sea of balloons.

A wristband, which serves as an entrance ticket, costs from 8 to 12 euros, and accompanying adults can enter the territory of the Cave completely free of charge.

One of the most interesting zoos in the north – the Helsinki Zoo on Korkeasaari Island – is also one of the oldest zoos in the world. It was founded more than 100 years ago in 1889.

Today in the spacious park you can see about 200 species of animals and 1000 plant species from all over the world: from the Arctic tundra to the tropical jungle. There are representatives of endangered species: the snow leopard and the Amur tiger, and the pavilions “Africasia” and “Amazonia” present a tropical variety of species. Since the zoo is located on an island, unique conditions have been created inside for the animals, which really feel at home here.

The zoo is open to visitors all year round. In summer a special ferry regularly leaves from the Market Square, and in winter you can get to the zoo by metro or bus.

The slogan of this center is: “Eureka drives you crazy! Indeed when you first look at these amazing exhibits you can feel the world being turned upside down.

Eureka is a unique interactive museum for children, although, frankly speaking, any adult can find something to occupy themselves in this museum as well. Here you can touch everything with your hands, try out the simulators and educational exhibits. The main exhibition introduces the structure of the human body, the laws of physics and natural phenomena. Visitors can take part in the process of making paper or spin the wheel of energy.

On the second floor you can go on a journey through the universe. The Theater of Emotions “Vern” is both a planetarium and a cinema. One of the permanent thematic exhibitions is the park in front of the center. Here you can find a collection of minerals from Finnish rocks. And in the scientific shop “Magnet” sold a lot of interesting things, toys and souvenirs, some of which are sure to want to take away with you.

The museum is located near the station Tikkurila, which can be reached by bus number 611 from the railway station in Helsinki.

The Toy Museum, located on the territory of Suonmenlinna Fortress, about which we have recently written, is located on the island of Iso Mustasaari in an old wooden house built in 1911.

The toy museum was originally based on the collection of artist Piippa Tandefelt, who managed to collect a large number of old dolls and other toys. She bought the first old toys for her daughter, and since the family lived poorly, the artist bought dolls already old. Later Piippa became interested in collecting antique objects. And in 1979, working in Suomenlinna, the art center asked Piippa for her collection of toys for the exhibition in the coastal barracks. After the success of the exhibition, a permanent exhibition was created.

Real porcelain dolls from the beginning of the last century in handmade dresses, tiny Finnish houses in cut-outs, whole armies of tin soldiers from different eras – all this awaits you in this island museum.

The aquarium is located in the Linnanmäki Luna Park and, unlike the park, is open year-round. The two-story aquarium building offers a plunge into the underwater world and meet the inhabitants of both the cool Baltic Sea and the southern seas.

The journey introduces hundreds of species of marine animals collected from all over the world, from starfish and shrimp to sharks. The graceful shark hunters, ferocious piranhas, funny seahorses, plucky clownfish and octopuses – the life of the deep sea inhabitants of both hemispheres will be presented to you in the smallest detail.

The merchant’s house Cederholm is the oldest stone building in Helsinki, built in 1757. At first it held temporary exhibitions, but since November 21, 2012 the building houses a permanent exhibition called “Children’s Town”.

In this touching museum you can learn almost everything about the lives of children and their parents and grandparents over the past 300 years. You can take a fascinating journey through eighteenth-century Helsinki, visit a public school in the 1930s, and peek at grandparents in the 1970s. Here you can not only see photos, old posters, but also touch the authentic objects of those years, try on vintage costumes and play with toys.

Admission to the Söderholm House, like all branches of the City Museum, is free, but it is worth noting that the museum is currently closed for restoration until mid-spring 2016.

Those who are not horrified by the sight of live snakes and lizards will have great fun visiting the Tropicarium, which mainly presents the world of tropical animals.

READ
Top attractions in Funchal, the capital of Madeira, Portugal

The largest collection of southern latitudes in Scandinavia is on display here. Behind the huge windows you can see giant pythons and the world’s most venomous snakes, bright brisk lizards and wallowing varanas, as well as spiders, turtles, frogs, and even a crocodile. Tropicarium’s inhabitants are divided by species, and you can read information about each animal on the stand near the terrariums. It is even possible to order a tour in Russian with a professional guide.

by the art director in Sakamoto ul. Sturenkatu 27, Helsinki

At the farm, founded in 1989, you can get to know the traditional pets, which include sheep, goats, horses, piglets and geese. Although there are no exotic animals here, young visitors usually get excited when they are invited to take part in caring for some of the farm’s inhabitants themselves.

For a fee, you can try your hand at riding a horse from the local stables.