Buddhist temple Wat Samphran (Wat Samphan) in Thailand is quite extravagant even for this country because it is an 80-meter tower of bright pink color, entwined with a scaly dragon. Despite the fact that this building is only fifty kilometers from Bangkok, this attraction is not very popular among tourists. And it is not for nothing. It is incredibly beautiful, in fact, you can even climb up into the very womb of the building-dragon.

About who was the author of this pink building in the town of Nakhon Pathom, similar to the art object of the amusement park, rather than a temple, there is no exact data. We only know that such an unusual project was in the mind of the creator-buddhist at a time when he was meditating and fasting for seven days. As an official temple, this architectural masterpiece is registered in 1985. The local population and a few tourists have got into the habit of calling this structure the Temple of the Giant Dragon, and to get to it from the capital, all you have to do is take a cab and tell the driver those three cherished words. The epithet “giant” was given to the dragon because the building, which wraps around this mythical animal, is very large indeed. Its height is 80 meters (supposedly this is related to the number of years Buddha spent on Earth), and it has 17 floors. Well, if you get close to the dragon’s body, it becomes clear that it is incredibly huge. By the way, this building is only part of the temple complex, which also includes the adjacent beautiful garden with interesting statues. In the main building, the pink one, not all the floors are used (about half of them are empty or simply closed to visitors, because they are rooms for seclusion of monks). But those that are open can be visited. Tourists are also allowed to go up the stairs (the elevator is almost always out of order) and enter the dragon body, which is located on one of the floors. However, since the interior of the dragon is not illuminated, this “tunnel” is not very interesting. It is much more fascinating to view the surroundings from a great height or to admire the building itself from the side. This place has its own signs for tourists. For example, you can touch the dragon’s tail and make a wish, strike a gong or throw a coin into a special pot (it is believed that this brings good luck). After visiting the Temple of the Giant Dragon you can feel ordinary peace, which contributes to the atmosphere of mystery prevailing in this place, and the beautiful nature and clean air. Before leaving here, you can take a stroll through the garden or have a bite to eat at a nearby floating restaurant (there are several such establishments in the vicinity).

Despite the external brightness, the building is actually dilapidated in some places. However, the authorities are in no hurry to repair it. And among tourists it is not very well known. Perhaps this is due to a high-profile scandal that arose around this place 15 years ago and is associated with some “sexual crimes”. However, we do not want to go into the details of this history, because it is completely unrelated to the architecture of this unique skyscraper temple. One thing is clear: the building is unique, very beautiful and, of course, it must be preserved for posterity. Well, if you come to this country in the fall, you can get to Loi Krathong – the most colorful autumn festival in Thailand.

In the town of Nakhon Pathom, located 50 kilometers west of the capital Bangkok, is a little-known for tourists temple Wat Samphan, also known as the Dragon Temple or even the Temple of the Giant Dragon. This structure is a 50-meter-high pink building, entwined with a giant mythical dragon.

Wat Samphran (Wat Samphan) – The Dragon Temple, one of the most unusual temples in Thailand, located in the city of Nakhon Pathom, Thailand.

In the town of Nakhon Pathom, located 50 kilometers west of the capital Bangkok, is a little-known for tourists temple Wat Samphan, also known as the Dragon Temple or even the Temple of the Giant Dragon. This structure is a 50-meter-high pink building, entwined with a giant mythical dragon. What is the temple complex Wat Samphran (Dragon Temple)

Temple Wat Samphran – this is the original Buddhist temple in the province of Nakhon Pathom 17 storey high building. From afar it looks more like a fairy tale tower from Disneyland than a religious site. The temple is not included in the main tourist guides to attractions in Thailand. And so it is not easy to find. 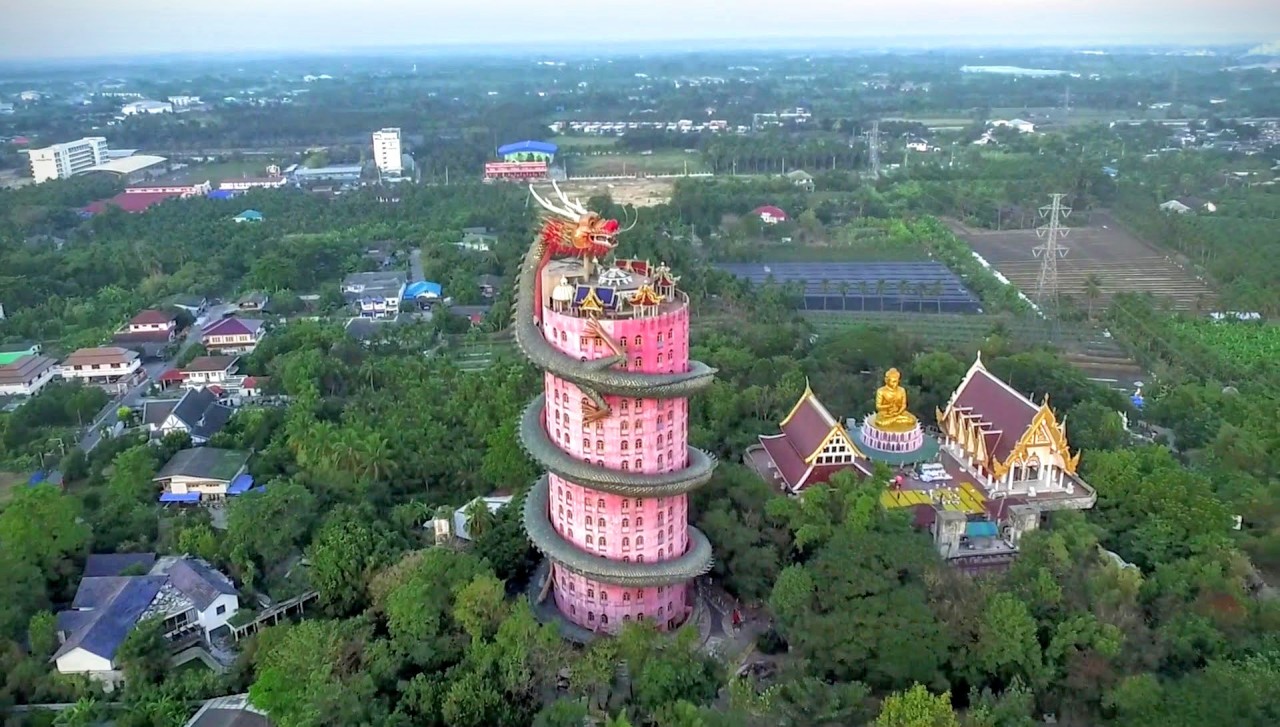 In the main building of the temple complex used only a few floors. It is possible to go upstairs by stairs, although the building has an elevator, but it is temporarily out of order. On one of the floors there is an entrance to the dragon’s body. However, it will be quite difficult to see anything, because there is no lighting inside the mythical creature. Only ten floors are accessible to visitors and it is not possible to go further, because the other floors of the temple are closed. Some floors are used as living quarters by the monks. It is believed that if you touch the dragon’s tail, throw a coin into the special “pot of happiness” and hit the temple gong, then good luck will accompany you throughout the coming year. 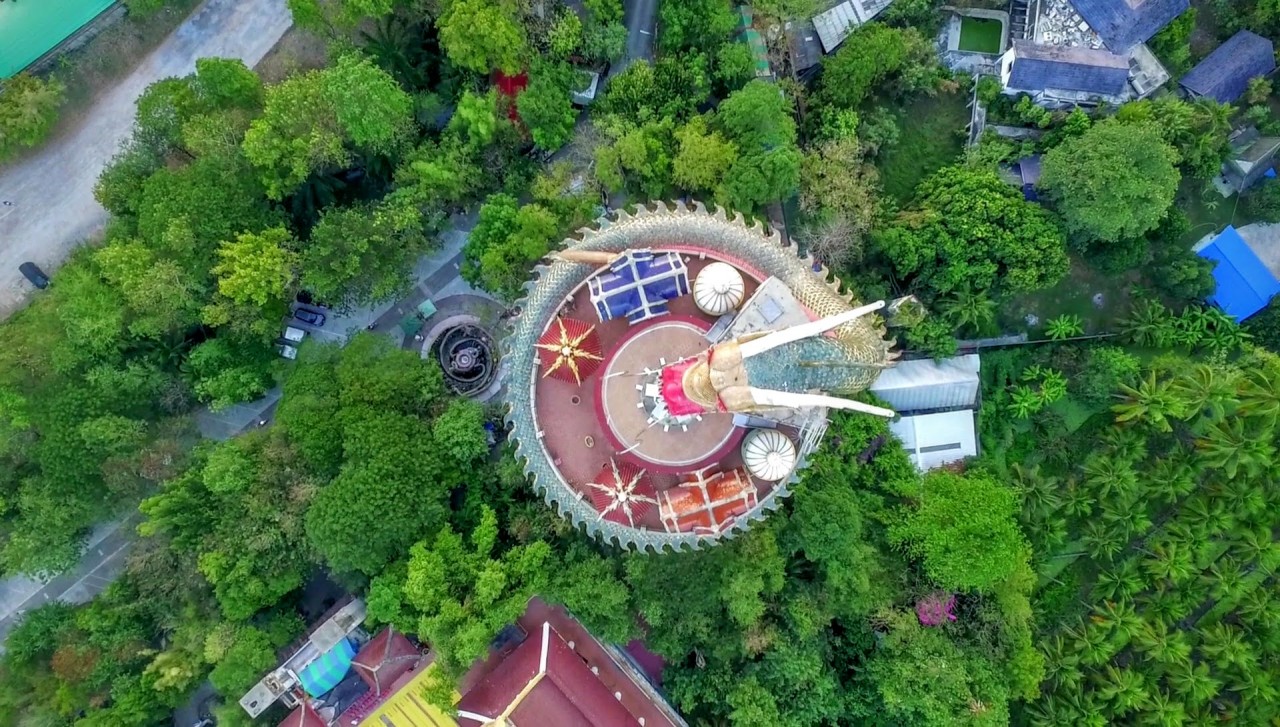 Around this amazing structure is a picturesque garden with a huge statue of Buddha. In the garden there are various sculptures of animals: elephants, rabbits, dolphins, dragons. Also on the territory is a large building in the form of a turtle.

READ
Interesting places and places of interest in France. 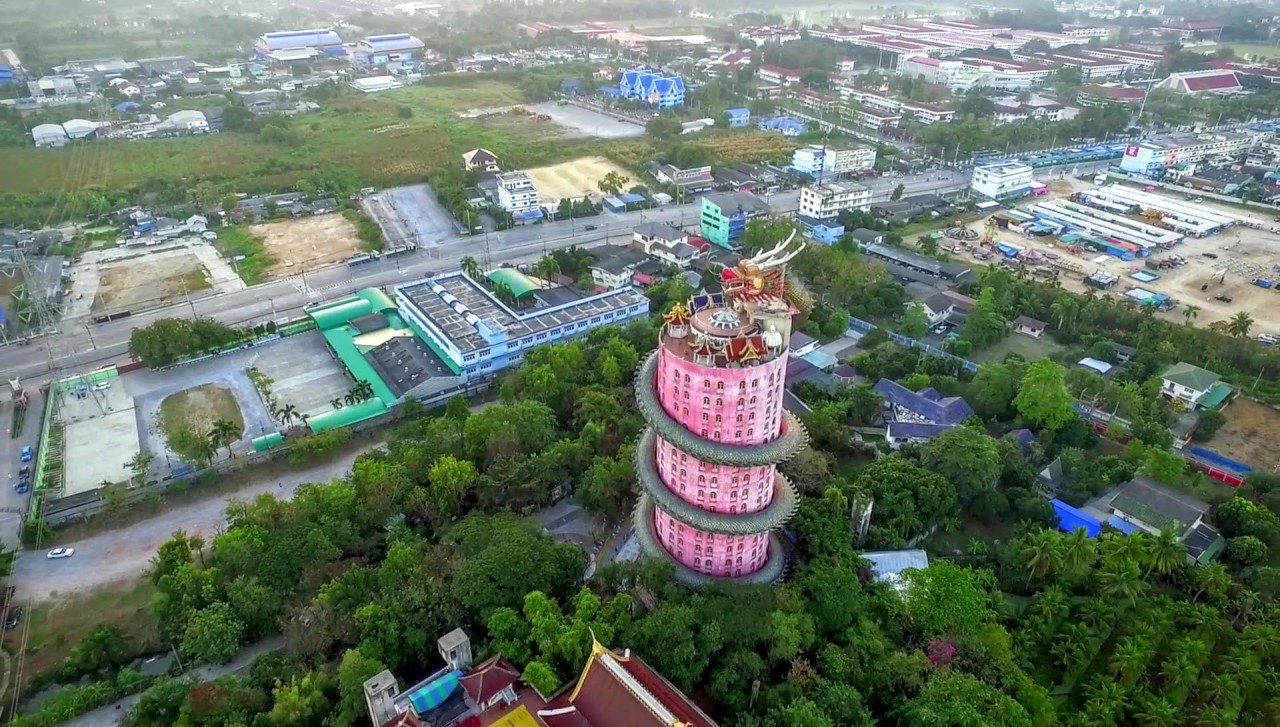 This unusual temple complex was built in Thailand, the city of Nakhon Pathom (Nakhon Pathom), the administrative center of the province of the same name. It is located an hour’s drive from the capital of the kingdom. The easiest way to get to the site is by cab from Bangkok. The nearest landmarks are the police academy building and the entrance to the Rose Garden. 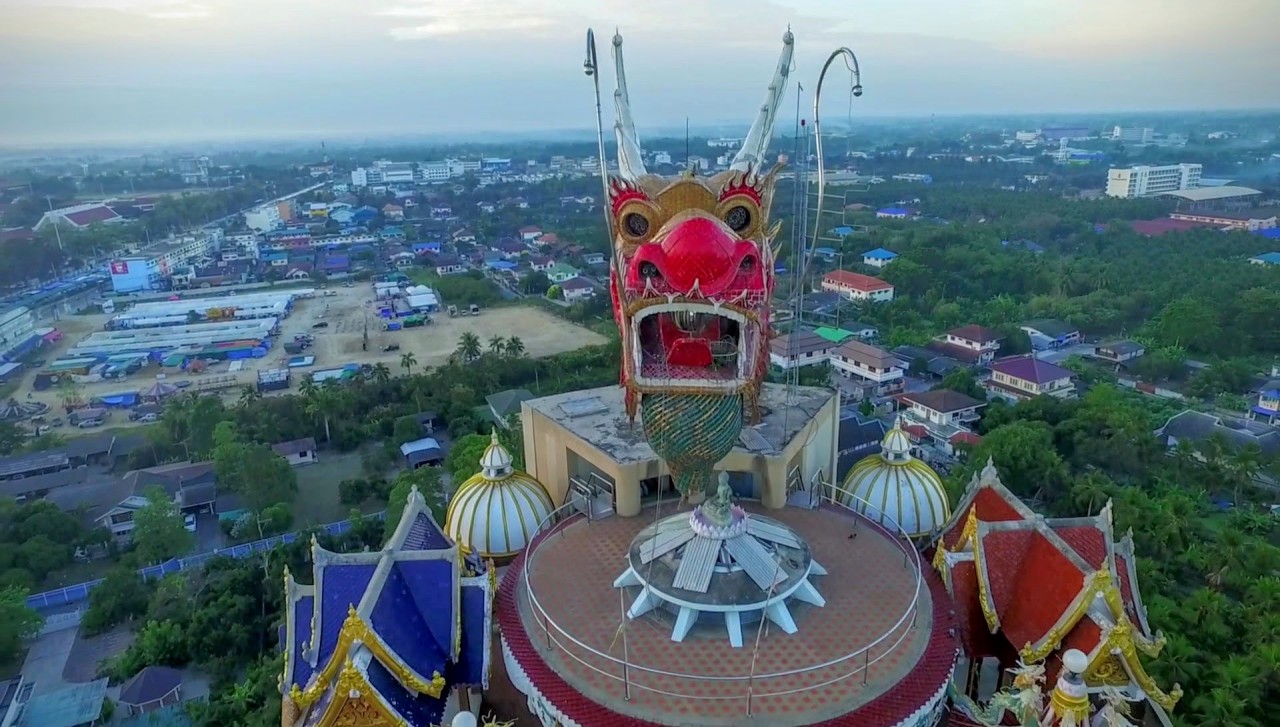 Immediately after entering the Garden of Roses, you will see a statue created in honor of the Thai police. The sign on the left points to the road leading down to the police academy, which is near the Nakhon Chaisri River. Walk down and you will come to the Dragon Temple. There are several floating restaurants on the river where you can have lunch after visiting this unusual place. 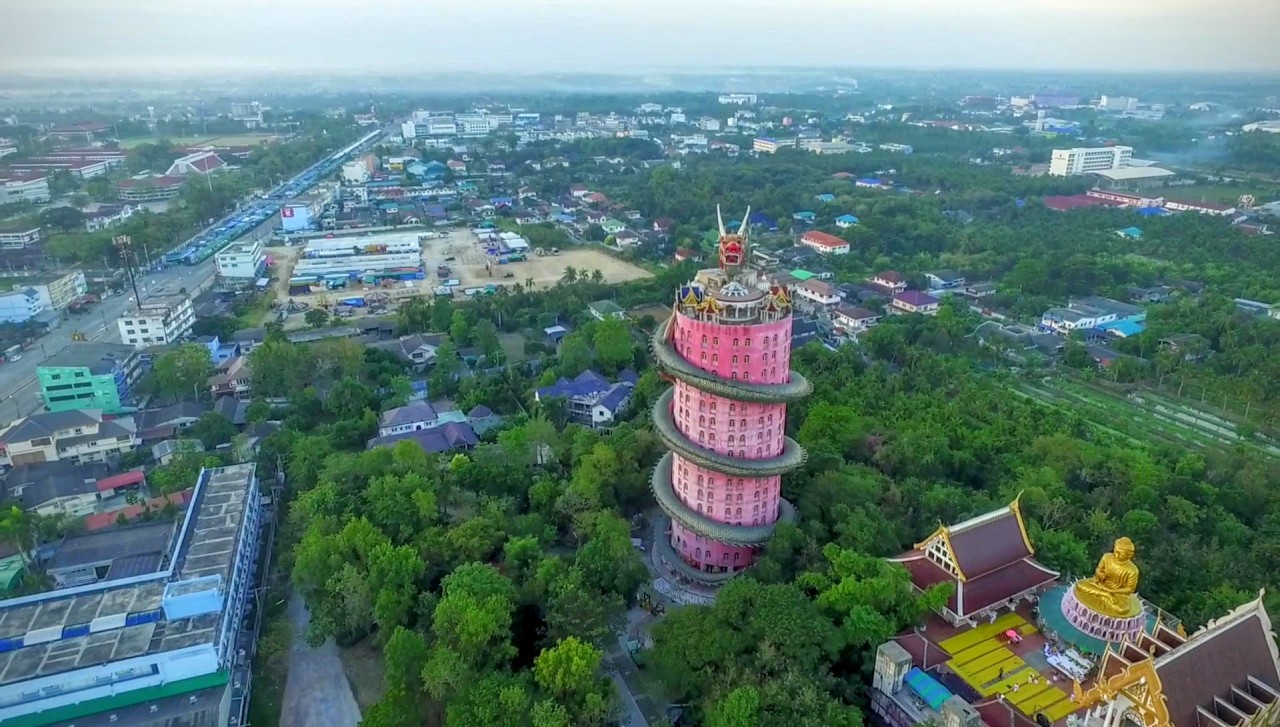 Entrance to the complex is free, from visitors are accepted donations.

* If you notice any inaccuracies or inconsistencies in the publication, please share your thoughts in the comments below. Thank you.