Walking the streets of Montreux

The famous theory of the fishermen of Montreux, the small village of fishermen and wine makers, was in the XIX century one of the best resorts of the west. Many people with wealth tried to come here for the famous in those days “grape” medical course. And in 1904 opened its doors unsurpassed “Montreux Palace”, which is still the most popular and favorite hotel near Lake Leman (Geneva). The resort town is ideal for a luxurious vacation for people with income above the average, because there are all conditions for them.

Montreux – this is a string of expensive villas and hotels with enticing emerald lawns and special golf courts. But also ordinary tourists with average income have something to see here, without resorting to illegal intrusion into the territory of chic accommodations. The highlight of this town and the pride of the whole country is the Chillon Castle, about which many wrote Byron, including in the poem “The Prisoner of Chillon. It’s not difficult to walk along the promenade in 30 minutes to this place, or you can take a boat from the local port and sail in comfort to the mysterious fortifications. The château still keeps the master chambers and the Hall of Justice for visitors, reminiscent of the turbulent historical times when the Dukes of Savoy were trying to overcome the influence that the Protestants were conquering. 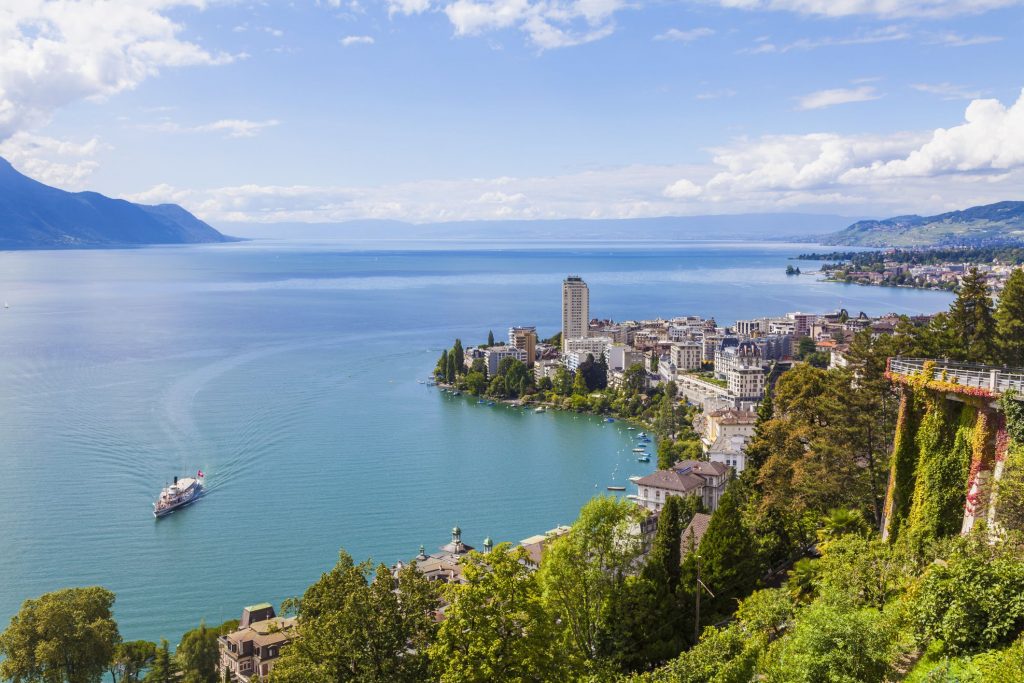 The château itself, whose middle name is Château de Chillon, consists of 25 buildings, each built in different years. The first written mention of this place as a residence of the Dukes of Savoy appeared in 1160, although there is speculation that the construction of the castle began even earlier, in the 9th century. During the life of Pierre Second of Savoy Meunier, the court architect greatly strengthened and expanded the castle. The castle was actively rebuilt until the 15th century. It was during this time period that the structures that created our present-day appearance were rebuilt. In former times this fortress was a prison, and in the 19th century, during the plague years, Jews were held here and tortured, suspected of having poisoned the city water. Over time, the Saint-Gothard Pass became more significant and Chillon began to be used even more often as a place of detention. 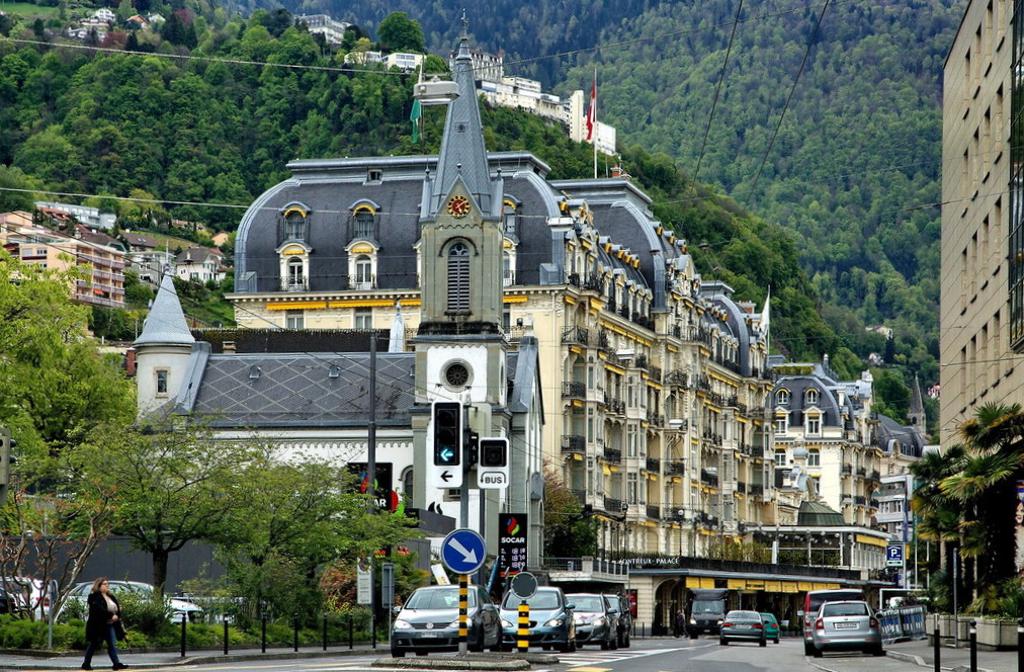 In one of the dark dungeons a pillar remained. The Swiss historian and patriot François Bonivard was tied to it in 1530. Later, in 1536, he was freed by the Bernese when the two-day siege ended. The scratched autograph of Lord Byron remains on this pillar to this day. The poet, critic, and translator Vasily Zhukovsky also visited here, leaving an inscription on this pillar. In 1822, Zhukovsky made a Russian translation of The Prisoner of Chillon, but the work has not survived. The castle was taken over by the Bernese in 1536, but by 1798 the possession had already passed to the canton of Vaud. The castle took on a romantic air in the 18th and 19th centuries, thanks to the efforts of writers like Jean-Jacques Rousseau, Alexandre Dumas, Victor Hugo and Percy Shelley. But the most significant work for the promotion of the castle, of course, remained a poem by Byron, created in 1816. It is thanks to it that the imprisonment of Bonivar is a well known event in the history of Chillon. Now the castle has a museum, which is visited by about 300,000 visitors each year.

It is also worth mentioning that the famous Russian author Vladimir Nabokov and his wife Vera lived in Montreux from 1960 until the end of their lives. The family decided not to buy a separate house in the city, so since 1964, they rented rooms in the Montreux Palace. These days, a monument to the writer can be seen outside, and his former room now houses an exhibition. Nabokov’s grave is not far from Montreux, in the town of Clarance. 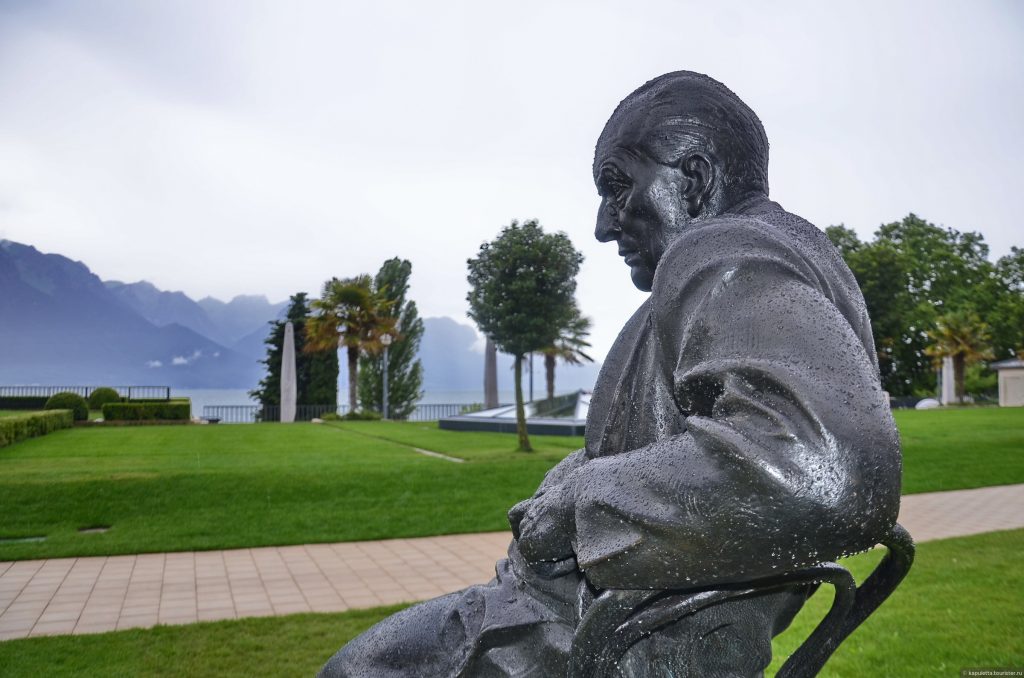 World famous composers Igor Stravinsky and Pyotr Tchaikovsky, as well as the writer Leo Tolstoy stayed in this city for rest or accommodation. Today you can often hear voices in Russian and Ukrainian among the owners of expensive accommodation in Montreux.

READ
A tour of the old town of Kemer in Turkey

On the coast of the city there is a monument to Freddie Mercury. This place is usually crowded, and all year round at the monument you can see fresh flowers. The lead singer of the famous rock band Queen preferred this town to work and rest, because of the pleasant silence and peaceful atmosphere of this place. During September every year, fans come to Montreux to pay homage to the singer and sing some of his favorite songs. 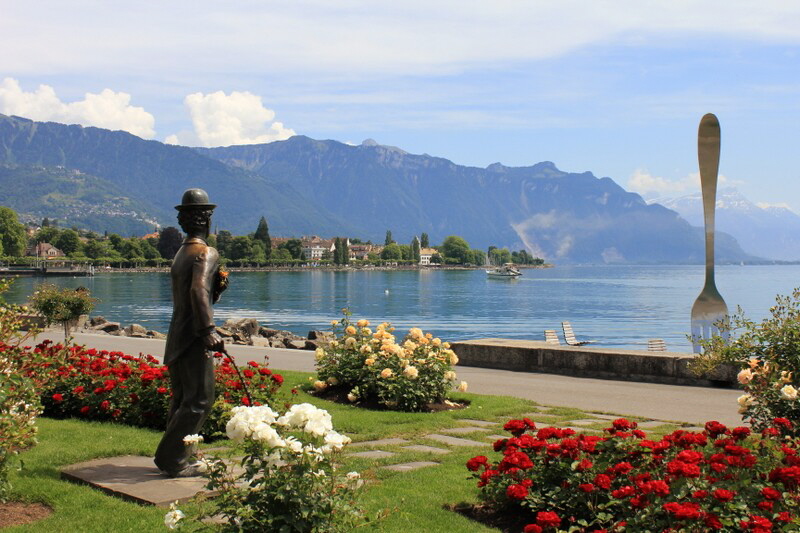 Another famous band, Deep Purple, remembered forever in their musical work Smoke on the Water the event that happened in December 1971, when at a concert of the famous Frank Zappa a fan fired a flare upwards and hit the ceiling of the Casino Montreux, where the concert was held, causing a fire that burned down the entire building. The lyrics of the song Smoke on the water describe what the members of Deep Purple could see through the hotel window as heavy smoke from the raging fire spread over the surface of Lake Geneva. 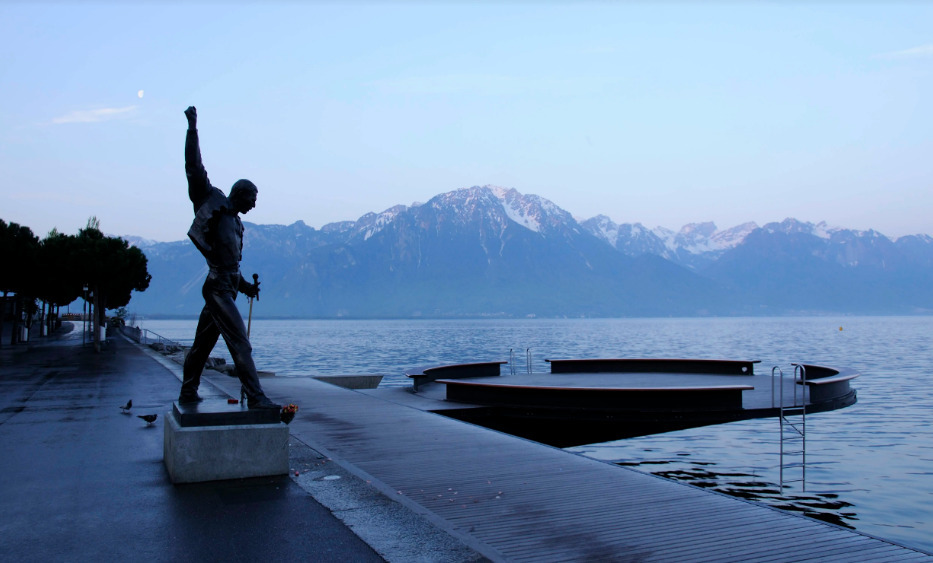 The city is famous for its Jazz Festival held here in July since 1967. The musical event brings together musicians and fans of good music from all over the world. Also Montreux hosts the Volley Masters women’s volleyball match. It brings together the leading teams from around the world.

Walking along the waterfront, it is worth visiting the local restaurants. Here you can try “fondue” and “raclette”, which are made from melted cheese, and also wonderfully grilled potatoes “rösti” and “cordon bleu” – crusted schnitzel with cheese and ham, and not to forget the sausages and cured meat. We recommend a glass of robust Alpine liqueur “zhenepi”, which is infused with herbs, or a glass of house wine for dinner. In addition to walks by bus through the beautiful valleys in the foothills of the Alps, you can use the unusual “chocolate train” and go on one of the most unusual excursions in your life. The train starts in Montreux, crosses the towns of Gruyere and Brocq, famous for their milk chocolate and Gruyere cheese. For this popular trip it is recommended to book in advance.

Walking the streets of Montreux

A rest in Switzerland. My feedback. The city of Montreux in Switzerland on the shores Lake Geneva(100 km from Geneva) has the right to be called one of the most luxurious resorts in Switzerland. Montreux is located in the canton of Vaud. The nature of this small town surprises with a variety of tropical plants. Along the seafront you can find palms, almonds, cypresses and magnolias. And all this thanks to a unique microclimate. The scenery is very reminiscent of Sochi and the Crimea. If it weren’t for the snow-capped Alps on the opposite side of Lake Geneva. The air here is so clean that it immediately makes you want to quit smoking.

During the day on Montreux promenade walks mostly transit tourists, who are passing along the lake shore, stopped here to explore the beauties and sights of the city. If you have the opportunity during a vacation in Switzerland visit this wonderful Swiss resort, the Riviera of Switzerland, then first of all I advise to see the Monument to Freddie Mercury on the waterfront. 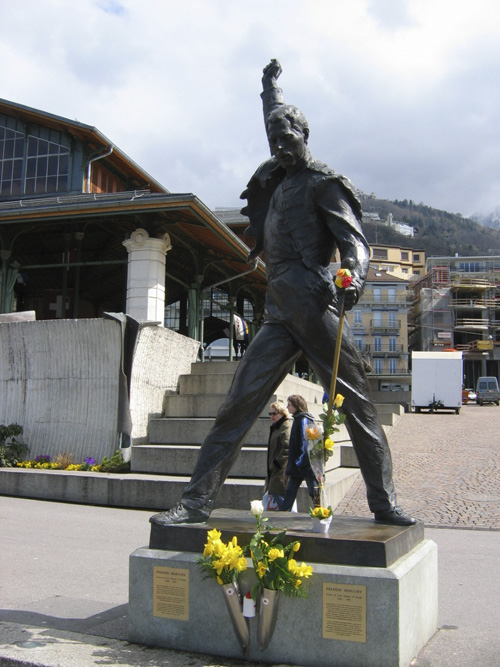 Monument to Freddie Mercury in Montreux.

Here in Montreux, Switzerland, Quinn and Mercury filmed a recording studio, they worked a lot here. The monument is easy to find, it’s right on the waterfront. Another attraction of Montreux, which I think should also be seen, is a monument to Vladimir Nabokov. The monument is located near the hotel where he lived with his wife from 1960 to 1977. The hotel is also easy to find, everyone knows it. It’s called the Montreux Palace Hotel. Here they rented a room on the sixth floor. They walked along these streets and stopped at the nearby cafes for coffee or tea. In Montreux, or rather, not far from Montreux, in a place called Clarance, Nabokov was buried with his wife, who died in 1992. More precisely, a gift from the Moscow mayor’s office. It is a sculpture of V. Nabokov.

No wonder that in the Swiss Montreux rested bohemia society, namely, celebrities such as Leo Tolstoy, Anton Chekhov, Fyodor Dostoyevsky, Peter Tchaikovsky. Including Charlie Chaplin. By the way, he also moved here from America and lived in Switzerland for twenty years. On the VIDEO of Montreux you can see a monument to Charlie Chaplin. This is not in Montreux, but in Vevey. Vevey is a town near Montreux, if you go in the direction of Chillon Castle. There are also monuments to B.B. King and Miles Davis. Montreux is a musical city. It has an annual jazz festival and the Montreux Palace Hotel hosts guitar and pianist contests. If you are lucky, you can go to these contests, as the entrance is free. And the jazz festival takes place in the concert hall named after Stravinsky. Stravinsky. As you can see, Russians loved to vacation in Switzerland, and especially in Montreux, and that is why the Russians in Montreux are still respected. Rich Russians.

However, what is remarkable, the promenade is now full of all sorts of street vendors. I think they are simple (or not simple) migrant workers. They sell all sorts of nonsense: cheap watches, knives, etc. The resort of Montreux in Switzerland is not for rich people, but for very rich people. The most famous and richest people of the planet send their children here to private closed schools, which, in turn, visit private closed nightclubs, bars and casinos. And their parents, coming to visit their offspring, make appointments in expensive local clinics and SPA-salons. If you’re lucky, you might meet a celebrity on the streets of Montreux.

We did not manage to swim in Montreux. The shore is full of rocks and the water is not suitable for swimming. We were in Switzerland in Montreux in spring, at the beginning of June. We took a swim later, when we went to Chillon. Indeed, the water in the Geneva lake is cold, but we just could not help swimming. For memories. Above the city itself are vineyards, and on the other side of Lake Geneva, you have a stunning view of the Swiss Alps. If you take the cogged railroad, you can get to the top of the Rochers de Naye at about 2,000 meters above Montreux and enjoy a magnificent panorama. This tour goes through vineyards and you are very lucky if the weather is good. Especially in summer. Otherwise you won’t see anything and will have wasted your time. The cog railroad, it is a type of funicular of two or one carriage. At the top there is an observation deck. The cost of the tour is something like 30 euros (how many francs it would be, I do not remember). From Montreux you have to go to Chillon Castle. But that is another story.