The beautiful Wachau Valley lies between the oldest cities in Austria, Krems and Melk, 80 kilometers from Vienna, in one of the most beautiful places in Europe. Listed as a UNESCO World Heritage Site, it is a cultural monument of wine growing and history, stretching for around 40 kilometers.

The Wachau Valley was dominated by knight-robbers, who lived there until the mid-12th century. Merchant ships sailing the Danube were attacked. After the death of the last of the barons, their castles were destroyed and the valley became a ruin.

Thanks to its mild climate, southern slopes and fertile lands, the valley had gained its popularity with the capital’s inhabitants by the end of the 19th century. To get acquainted with all the sights of the valley, not even a week is not enough.

And yet you can experience the atmosphere of the Middle Ages and the local color, enjoy the creations of nature, taste the local cuisine, wine and jams in one day. We have compiled an overview of the most beautiful places in the Wachau valley for you and wish you a pleasant trip!

Melk is a small provincial town on the Danube about an hour’s drive from Vienna. It has Austria’s oldest Catholic school and city library. Melk also has the spring of St. Coloman, the patron saint of travellers, an old bakery and many elaborately decorated little houses, which you can admire on a walk through the winding streets of Melk.

The Benedictine Monastery of Melk was founded in 1089 on the rocky shore on the right side of the Danube. To this day it is the first spiritual capital of the country. The buildings of the monastery were destroyed by a fire in 1297, and reconstruction was delayed for almost three centuries until 1566. Under the leadership of Abbot Pentaz, who headed the abbey, all the abbey’s debts were paid and the abbey was reconstructed.

The monastery has a stunning view of the Wachau valley, the Danube, the town of Melk and the surrounding countryside. As you approach the highway, you will immediately notice the solemnity and grandeur of the structure. The walls of the monastery are painted in gold, the roofs are finished in red. The combination of these shades is admired by all lovers of Austrian spiritual culture. The rooms of the monastery are very spacious, the painted walls and the golden inlays add solemnity and artistry.

On the ceiling there are divine images with many angels and archangels. In the marble hall, everything is made of pure gold. Note the images of Athena Pallada and Hercules from ancient Greek mythology.

We want to pay attention to one of the main libraries of Austria, which occupies two floors of the monastery. It contains both rare editions of books and priceless manuscripts from the 17th and 18th centuries.The pride of the abbey is the church of Peter and Paul, the interior of which delights all visitors. Be sure to walk around the monastery grounds and take a stroll in the park. 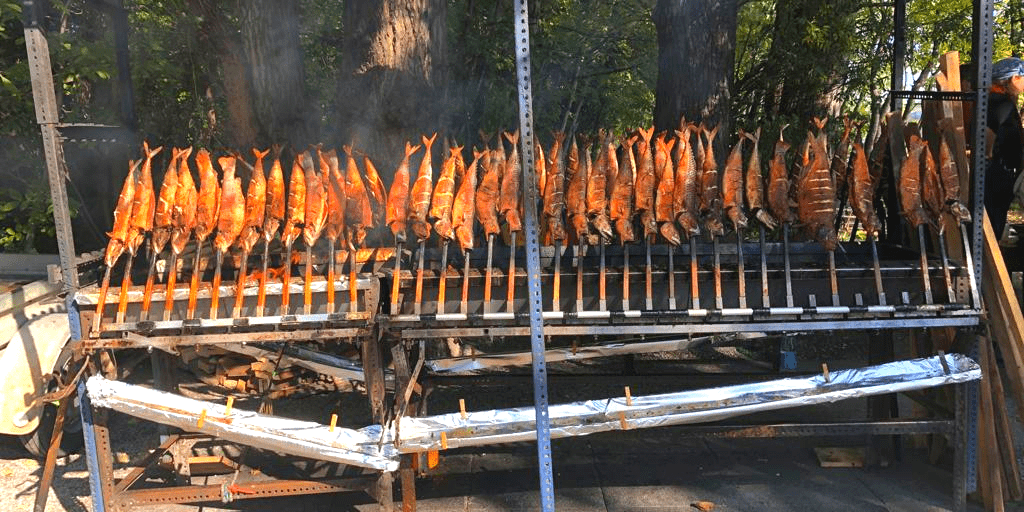