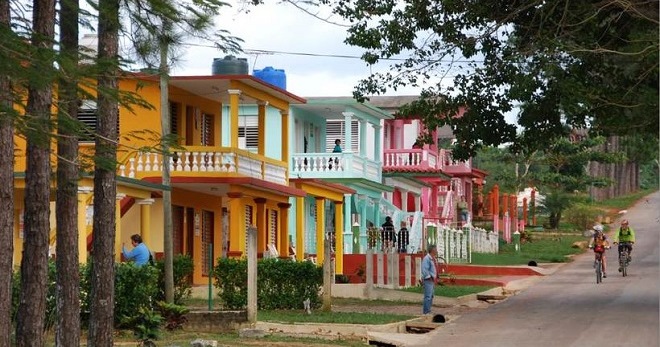 In the province of Pinar del Rio in Cuba, there is a small town of Vinales. It is located on the territory of the valley of the same name, which attracts tourists with traces of primitive people and is included in the list of UNESCO World Heritage.

General information about the town

Vinales, center of the municipality of Vinales, covers an area of 704 square kilometers and is located 135 meters above sea level. The landscape is represented by low mountain ranges (such as the Sierra de los Organos) and typical outcrops – “mogotes”. The town is famous for its endless wild beaches and fertile land, which has a bright red color.

Here tourists can get acquainted with the real Cuba: the life of local people, their culture and customs. In 2004, the last census of the town was carried out, according to which 27129 people live in Viñales. They are employed in tourism and agriculture. Tobacco, coffee, fruits and vegetables are grown in large quantities in the locality. 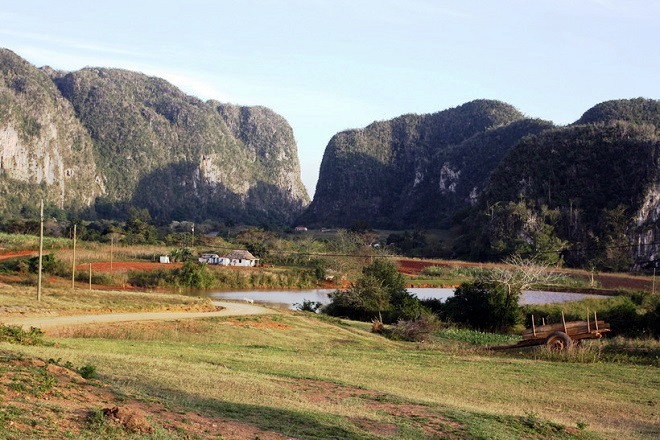 Before the arrival of the Europeans the area was inhabited by the Taino tribes. In 1800, Viñales was colonized by tobacco magnates who came here from the Canary Islands. They settled in the area of Vuelta Abaji, around which a European settlement soon appeared. Originally it was a small ranch owned by Andrés Hernández Ramos. It was given city status in 1878, when a hospital, school, church, and park appeared. 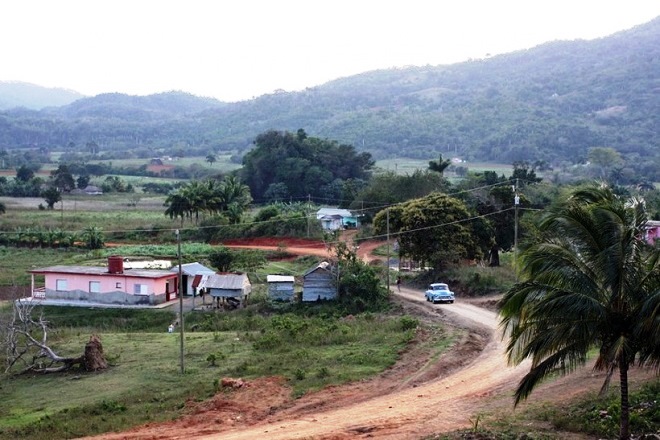 When is the best time to visit Viñales?

The city has a humid and hot climate and has a rainy season from May to October. During this time, the temperature often exceeds 32°C, the humidity reaches 85%, and downpours can turn into hurricanes. It is worth considering that the structures in the city are one-story and very flimsy, so they often suffer from the elements.

The ideal time to visit is spring. During this time in Vignales there is almost no wind, the air gets up to +27 ° C and the weather is clear and quiet, allowing to explore the local attractions. 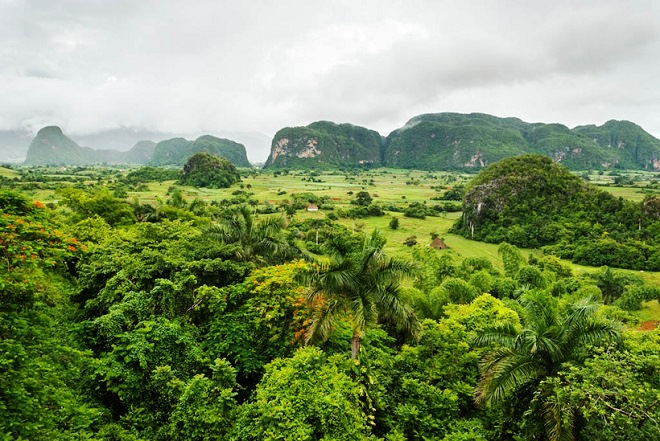 Nowadays there is a huge number of tour agencies that organize excursions in Viñales. By the way, trips to local attractions can be offered to you by hotel employees, random passers-by and even hosts of guest houses. The price in this case will be 10-15% less, and you get an individual tour.

The main advantage of the town is its unique nature, which has turned this settlement into a true vacation paradise. There are mineral springs and caves, rock formations and a lot of greenery. The most famous attractions in Viñales are considered:

There are also architectural and cultural attractions within Viñales, such as: 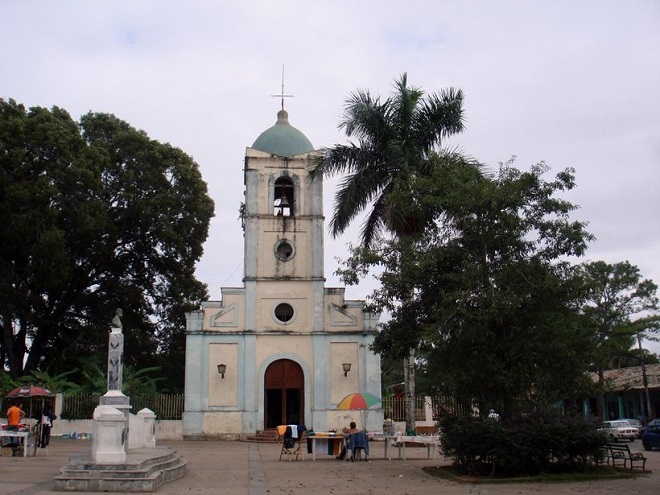 The stunning beach of Cayo Hutias, 60 km from the town, is a true Caribbean paradise. The coast is covered with soft white sand and equipped with sun loungers, and there are several cafes nearby. This is not a tourist area, so it is always thinly populated. You can get here along the Baños de San Vicente or Minas de Matahambre mountain road. 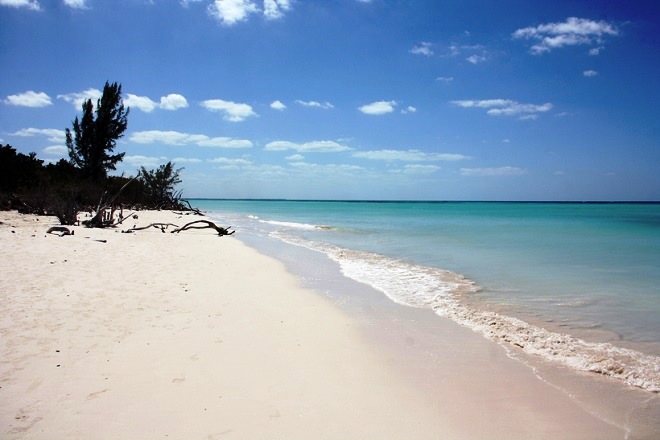 There are several accommodation options in Viñales, such as private houses (also called “casa particular”), indicated by a special blue badge. Hosts provide their guests with rooms with air conditioning and hot water, and for a fee will prepare a meal. Another accommodation option is the “Dos Hermanas” campsite, which is located in the national park.

You can also stay in the city in hotels located in the immediate vicinity. They are usually modern buildings with swimming pools and patios where parking is available. The spacious rooms have a bathroom and toilet. The cost of living is about $35. The most popular hotels in Viñales are:

Where to eat in town?

The food here is inexpensive and tasty. Local restaurants offer dishes made of beans, rice, pork, or chicken. Choose the place with care and pay attention to the cafes with the least free seats. If you want to grab a bite to eat in Viñales, visit: 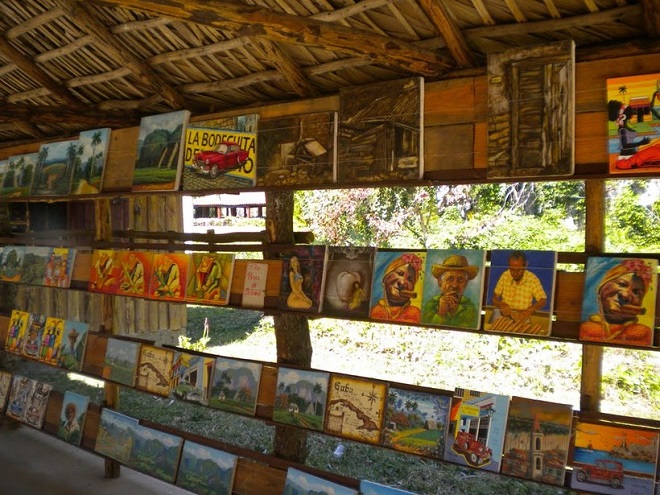 You can get around Vignales by hitchhikers, buses or cabs. You can also rent a moped, a car, or a bicycle to explore all the local attractions on your own.

Buses run twice a day from Havana to the city via Viazul. The fare is $12 and the trip takes up to 4 hours. You can also get to Viñales by car on the Carr. Central de Cuba, a distance of about 180 km.