Vienna, the capital of Austria – one of the most important cities in Europe

Regions of the World Vienna is the capital of Austria. It is located at the foot of the Alps on the Danube River, where it rises from the mountains to the lowlands and where the Danube shipping lane and the historic trade route along it intersect with the trans-European route linking the Baltic and Central European countries with the Mediterranean. The metropolitan area has land rights. Vienna is also the administrative center of the state of Lower Austria.

If we judge by the results of archaeological excavations, the first human settlements on the territory of today’s Vienna existed already 25 thousand years ago. “Vienna” – the white city, so called the settlement, which appeared at Kahlenberg about 4000 years ago. Thanks to its favorable geographical location, Vienna began to develop rapidly.

Later the city grew here, and the Roman conquerors established a military center Vindobona. The remains of a Roman settlement (1st century BC) can be seen on the Hoher Markt and a statue of Emperor Marcus Aurelius can be seen in the courtyard of the Hofburg. At the end of the VI century Winn became a provincial town, and during the reign of Charlemagne (about 800 years ago) the city became the capital within the Ostmark (Eastern Province). In the 10th century the Babenberg family of counts acquired the area. And in the documents of 976 begins to mention the name “Ostarrichs” – Austria. In 1156. Vienna becomes the capital of Babenberg domains, this family was a vassal of the Bavarian dynasty during their reign the city reached its first architectural peak. This period includes the historic Hofburg. The city is booming and its trade is revitalized. Leopold V Babenberg captures the English King Richard the Lionheart.

READ
Traveling on our own in Austria. Salzburg, Stum, Innsbruck

When the last of the Babenberg family died in 1246, their domain passed to the Habsburg family. This family defines the course of history, not only of Vienna, but of all Austria until 1918, when Karl I abdicated and the Provisional National Assembly proclaimed the creation of the Austrian Republic. During the Habsburg period were built such historic buildings as the Stephansdom – the symbol of Vienna, the Hofburg, Schönbrunn, Belvedere, almost all of the museums of the city, the beautiful buildings on Ringstrasse. But Vienna has experienced hard times: numerous epidemics (typhus, cholera), two Turkish sieges (1529 and 1683gg), the Thirty Years’ War (1618), Napoleonic troops occupied Vienna twice (1805, 1809).

In 1938 Hitler’s troops invaded Austria and the country became an Eastern Province. In 1945. Austria was divided into four sectors. In 1955 the country regained its independence and status as a neutral state after the signing of the State Treaty.

Much of the city lies on the right bank of the Danube – between the Danube and the spurs of the Eastern Alps (Vienna Woods); the city territory has a large range of heights: the highest point of the city (Germanskogel) is 542 m, the lowest (Esling) 155 m above sea level. The mountain and hilly surroundings are picturesque.

The main industrial sectors are mechanical engineering, primarily transport, electrical engineering, textiles, pharmaceuticals, oil refining, woodworking, food processing, and clothing. The main part of the financial capital is concentrated in Vienna. Here are the main banks of the country: Bank Austria Creditanstalt, BAWAG, Erste Bank. All the most important highways of the country intersect in the capital, as well as numerous international rail and highway routes. Vienna has a large river port on the Danube and the international airport Schwechat. The city has a subway.

Vienna is a city of magnificent palaces and majestic squares, picturesque streets and numerous public gardens. Vienna is an ancient city with a loud name that awakens dreams. The capital on the Danube is a mixture of antiquity and modernity, high art and kitsch. It is the city of artists and art connoisseurs.

READ
The 6 most beautiful places in St. Vincent and the Grenadines

Vienna is rightfully considered one of the most charming cities in Europe. The former capital of the Austro-Hungarian Empire, Vienna impresses with its grandeur and luxury, its charm and warmth. This is an unusually diverse city. Vienna is rightly called the heart of Europe. In this beautiful city, whenever you visit it, summer or winter, you will never be left with a holiday feeling. 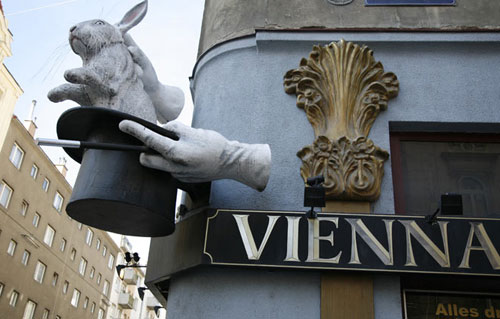 No matter what time of year it is, in the evening Vienna transforms into one of the most beautiful European cities. The cultural life pours into the opera and concert halls. Restaurants in the city offer a wide variety of choices, from small local cafes to serious gourmet and specialty restaurants. Vienna has many nightclubs, discos and casinos that are open to the public until the wee hours of the morning.

The architecture of Vienna encompasses all significant styles from Gothic and Renaissance to post-modernism. One of Vienna’s oldest churches, the Rupertkirche, is in the Romanesque style, the Gothic Stephansdom, the symbol of Austria and Vienna, and the Baroque Karlskirche. Art Nouveau also left its mark on Vienna: the Karlspatz station, the Secession, and the Church am Steinchov by Ottog Wagner are amongst the most famous buildings of this era.

Vienna is a grandeur and luxury with a hint of antiquity, Vienna is the city of music and great musicians, Vienna is the city of fiacres and dancing white stallions, Vienna is the city of delicious coffee and the famous apple strudel. In short, Vienna is . Vienna, a city in which you need to live a little, not just run around with a guidebook in hand. A city as charming and beautiful as music itself, the aroma of coffee, the clatter of horses’ hooves on the cobblestone sidewalk, the smell of mulled wine and fir paws before Christmas .

Today Vienna appears to the world as a modern metropolis, where people from all countries find their place. Many United Nations organizations have found their headquarters here, and Vienna has thus become a major city for congresses and conferences. There are few cities in the world where the symbiosis of past and present is as successful as in this city.

READ
When to go to Cagliari, Italy: climate, best time, and tips month by month

Magnificent monuments of architecture, museums, galleries with unique art treasures, representing almost all cultural epochs of Western Europe, testify to the great past of the city. Vienna’s universities, higher art schools, world-renowned musical and theatrical traditions and festivals emphasize Vienna’s role in the spiritual and cultural life of Europe.

The federal capital is the economic center of Austria. There are enterprises of metal and electrical industry, precision engineering, food, clothing and shoes are produced here. The main Austrian banks, insurance companies and large firms are situated in Vienna, and big international fairs take place twice a year.

Copyright © 2009-2019 WEB-ATLAS.RU . Contact: adm24portal@yandex.ru In case of using materials reference to the source is obligatory.

Vienna is the capital of Austria, and at the same time the most populous city in the country, there are almost 1.68 million people. It is located in the east of the country and spread out on the banks of the Danube, resting on one side with the Alpine Mountains, and the other bordered by the Vienna Woods. Two major European highways pass through Vienna, which has a positive impact on the development of economic, industrial, educational and tourist sectors.

Vienna is the most powerful city in Austria

Many industrial enterprises, plants and factories are concentrated in the city. Leading areas are metal working, electrical engineering, mechanical engineering, as well as – the production of food, shoes and clothing. The local river port handles hundreds of ships daily and has the largest container terminal in Europe.

Today the main offices of the largest Austrian companies, insurance companies and banks are located in Vienna. Fairs of international scope are held twice a year in the Austrian capital, and various congresses, conventions and exhibitions are held almost every day. The Vienna International Center is home to the headquarters of the most influential international organizations. It is the third seat of the United Nations, after New York and Geneva.

READ
9 most interesting caves around the world 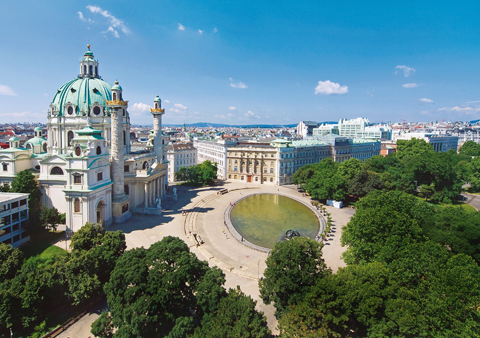 The European capital of music and luxury

Vienna is one of the most charming and luxurious cities in Europe. From the first minutes it strikes with its charm, grandeur, beauty, amazing combination of ancient castles and modern skyscrapers, high art and youth subcultures. Since ancient times the city has earned itself the fame of a music capital. Strauss, Schubert, Mozart, Schoenberg and Beethoven wrote their overtures and symphonies here. Their music can now be heard at the famous Viennese Opera Ball, where every dancer is honored to receive a free invitation. Tickets are often hard to come by, as they sell out long before the event.

In the architectural appearance of the city represented all styles, from Gothic to postmodernism, but most of all the massive buildings in the Baroque style. The pride of Vienna is also considered a beautiful park, which occupy nearly a quarter of its territory.

The history of the “White City”

The first settlement in the territory of modern Vienna, whose name managed to establish during archaeological excavations, was founded here about 4000 years ago. It sounded like “Vienna”, which means “White City”. Later, the Roman legionaries turned it into the military center of Vindobona, the ruins of which can be seen today at Hoher Markt Square. At the end of the sixth century it was already the provincial town of Winn, which under Charlemagne became the capital of the province of Ostmar.

The history of Vienna was shaped by the Habsburg family. During their reign many architectural landmarks were built. After that, the city was subjected to numerous epidemics of cholera and typhoid, the Turkish siege, Napoleonic and Hitler’s occupation. And only in 1955, when Austria received independence, Vienna rose from the ruins and began a new turn in its history.

Public transportation in the city is called the Vienna Lines. This includes streetcars, electric trains, subways and buses. Especially popular among tourists enjoys a river transport – ships and steamships. On them you can take a tour on the Danube and admire the city from afar.

Vienna is one of the safest cities in the world, but you should not neglect the elementary rules of conduct in an unfamiliar place. It is best not to carry particularly large sums of money and keep an eye on your purse, as there are pickpocket thieves in every city.