There are 197 countries in the world, but for some reason, year after year an overwhelming number of tourists from Russia fly to Turkey, Greece, Spain and Cyprus. When the school geography is somewhere in the past, we have to choose from what is on everyone’s lips, and more often than not these are the hackneyed resorts. Especially for those who have no time to turn on the imagination, but want to go to some interesting new place, when you hear about the colleagues say: “Wow” – we have compiled a list of outstanding destinations for travel. 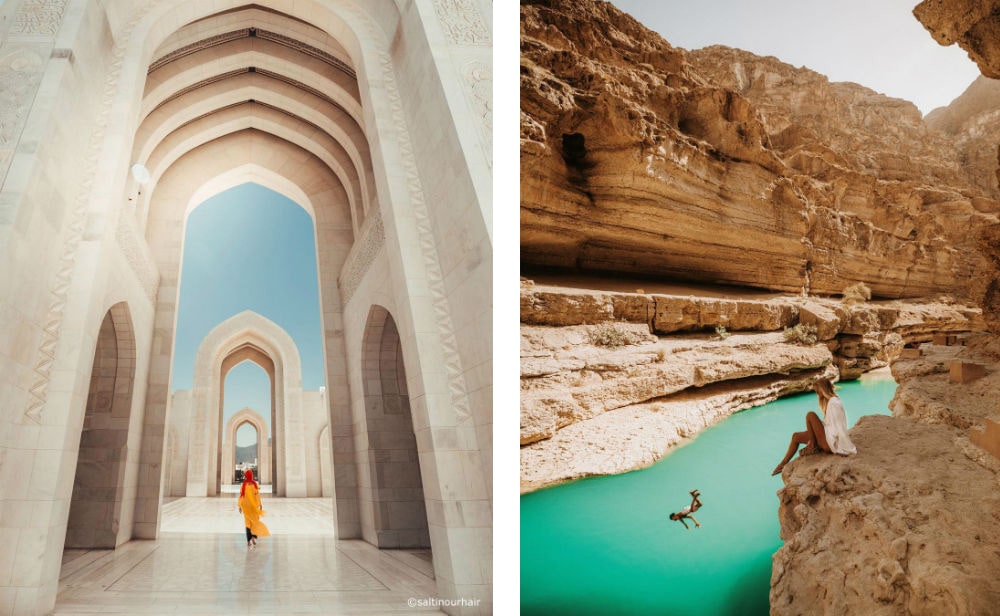 Without going into detail, this Arab country is often overlooked because of the tense situation in the east, although in fact the Sultanate of Oman is one of the safest countries in the Persian Gulf, with a high standard of living and a rich history. It is also one of the most beautiful: the Sultan is seriously concerned about ecology, so the country has many national parks and nature reserves, a protected coastal area, mountains, waterfalls, deserts and oases, fjords and an impressive underwater world. The cultures of ancient Persia, Africa and India intertwined in an interesting way; historical monuments impress with their scale, for example, in the mosque of Sheikh Kabus you may see the largest carpet in the world, which weighs 21 tons.

Where to go: The first place to visit is the capital of Oman, the city of Muscat, which is located on the coast. Among other popular resorts the most interesting are the oasis city Nizwa, which used to be the main economic and commercial center of the country, the city of Salalah, the capital of the southern region and a tropical paradise, the ancient port city Sohar, where according to legend the famous Sinbad the Mohair was born, and the fishing village of Sur with a rich history of shipbuilding.

READ
About the city of Italy Corigliano Calabro 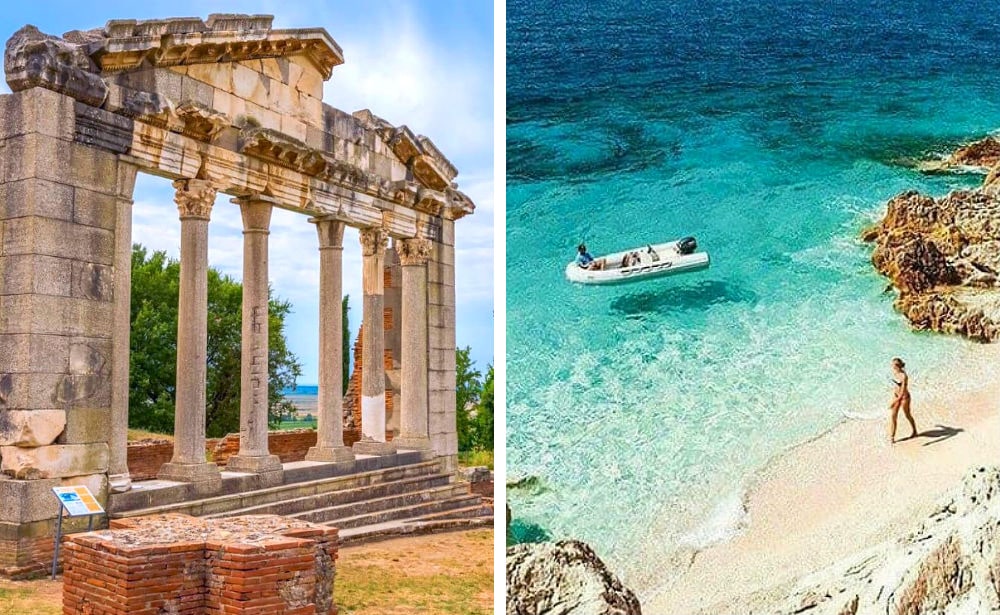 Surprisingly, Albania, which borders the very popular Greece and Montenegro, is still bypassed by the tourist boom, although this Balkan country is not inferior to its neighbors in the beauty of nature and the hospitality of the locals. Prices for holidays in Albania are very loyal, especially for a country with such a rich cultural heritage, picturesque mountains and canyons, clean beaches and delicious traditional cuisine. Here you can find the largest Roman amphitheater in the Balkans, the real medieval castles and archaeological park, where excavations of ancient Greek settlements are conducted. Add to this the gentle waters of the Ionian and Adriatic seas and you understand why a summer vacation is worth spending here.

Where to go: The capital of Albania, Tirana, meets all the criteria of a tourist city: it has a beautiful historical center and cultural attractions and modern areas with bars, restaurants and nightlife. Get the history is better in the city of Berat, which is more than two thousand years, it was built in tiers on the hillside, so it is often called the “City of a Thousand Windows. The city of Vlora is the border between the Adriatic and Ionian Seas, so that in one trip you can swim in both. 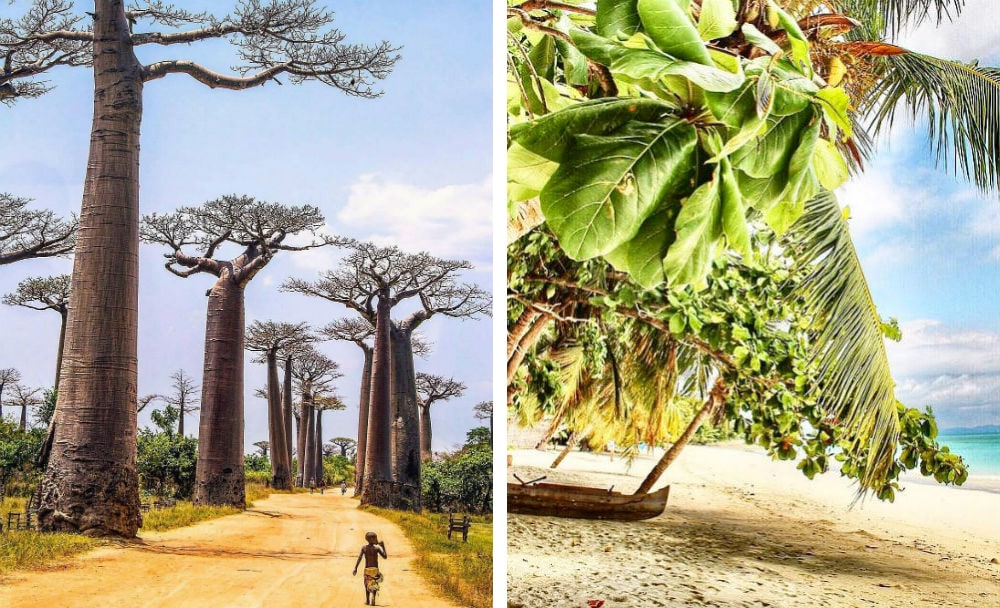 This island is called a continent in miniature, referring to the huge diversity of fauna, but this nickname is also true for the experience: a couple of weeks of vacation can be as much as a long trip across a large continent. Madagascar should go primarily for the exotic: to see the rare animals, such as pygmy lemur, and unique species of trees, including several species of baobabs. The island has an extinct volcano, high rocky cliffs, and a dead lake, which is the subject of frightening legends. And, of course, paradisiacal lagoons with clean, warm water and golden sand.

Where to go: International flights arrive in the capital Antananarivo, which the locals call Tana. The city is built in a valley between hills and is famous for its architectural ensemble of palaces and tombs of Madagascan rulers, as well as the Zuma street market, one of the largest in the world. Major resorts include the “white town” Tulear, located on the shores of St. Augustine Bay and Ifati, and the city of Morondava on the west coast, the main attraction of which is the Alley of Baobabs with trees up to a thousand years old. Also worthy of attention is the small island of Ile St. Marie, which once served as a shelter for pirates sentenced to the gallows, and now invites tourists to relax on the ocean and see the migration of humpback whales, passing here from July to September. 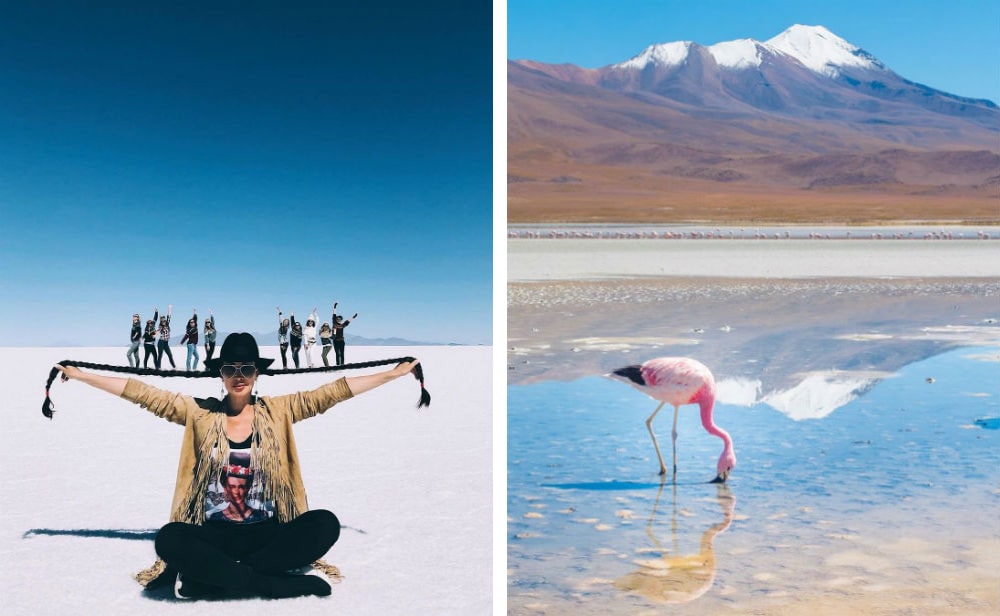 Far from being the most popular country among tourists in South America, it boasts so many other virtues in superlatives: the highest altitude in the Southern Hemisphere, with the driest, wettest and saltiest regions on the continent. Bolivia is home to six Unesco World Heritage sites: ancient civilizations, historical centers of the colonial era, and national parks. Few schoolchildren have not giggled at the name of Lake Titicaca, and part of its coast belongs to Bolivia, and it is striking the beauty of the surrounding green mountains with snowy peaks. The salt desert of Uyuni, the Amazon rainforest, the peaks of the Cordilleras – this is not a complete list of things to remember forever after a vacation in this wonderful country.

Where to go: The official capital, Sucre, is built on a high plateau and is known for its rich colonial-era architecture, picturesque narrow streets of the old city, lush palaces and a magnificent city theater. La Paz is the de facto capital of the country and the real heart of it. This city is built on the slopes of a canyon and in the dried-up bed of an ancient river, with many unusual museums and a striking contrast between the original local traditions and Spanish-style architecture of the 16th century. Cochabamba is a developed modern city, the Bolivian equivalent of Rio de Janeiro with its carnival and an exact copy of the statue of Christ on the hill, which is even slightly higher than the original.

READ
10 places to visit in St. Louis in Senegal, Africa