The 35 most interesting places to see in Paris

The famous expression “See Paris and die” is no longer popular. After visiting the French capital, every traveler is ready to exclaim, “See Paris and want to live!” The city has always had a romantic halo, symbolizing love, beauty and grace.

To enjoy the unique atmosphere of the French capital, it takes more than one day. We offer a description of the most famous sights of the city, which the inquisitive tourist will not miss. 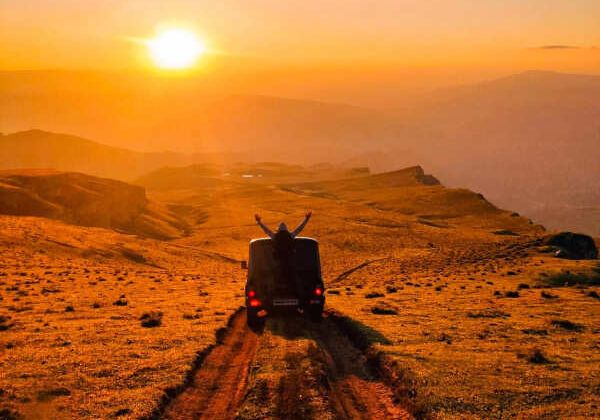 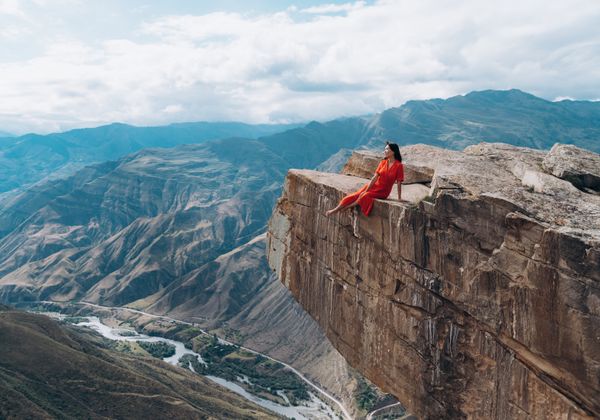 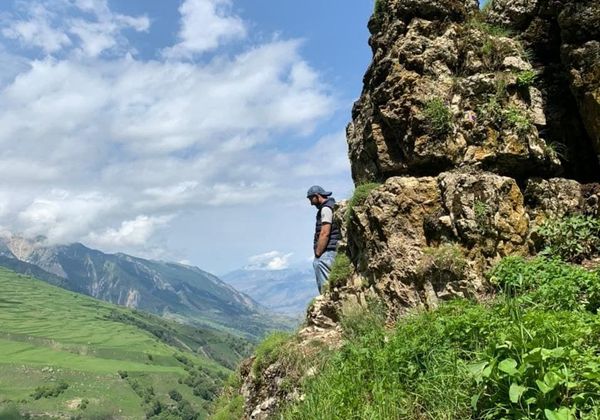 The most interesting and beautiful places in Paris

There is hardly a person in the world who has no idea about the Louvre, the Eiffel Tower or the Champs Elysees. These and other most famous landmarks have become a symbol not only of Paris, but of all of France.

“The shame of Paris, the tallest lamppost in the world, the iron monster…” What other offensive nicknames were called Eiffel’s creation when it first appeared in the city. The Eiffel Tower was originally conceived as an entrance arch to the Universal Exhibition of 1889. The structure was striking for its size and scale of construction. However, over 300 members of the arts protested, seeing the tower as ugly for the architecture of the city. The dislike of the tower did not prevent the writer Guy de Maupassant from having lunch there every day. The writer explained his decision by saying it was the only place from where his eyes did not suffer from the “ugliness” of the giant structure.

The years of criticism were far behind him. Although the Eiffel Tower lost its status as the tallest building in the world in 1931, that did not make it any less popular. Today a visit to the landmark is the top priority for most tourists. It is impossible not to see the tower: it is visible anywhere in central Paris. Those wishing to go up can do so on foot or use the elevator. When darkness falls, the Eiffel Tower begins to flash with multicolored lights. The 20,000 lights fantastically shimmer for five minutes every hour.

Tip: When visiting the Eiffel Tower also consider how to climb. The most budget and acceptable option – is to climb on foot to the second floor. The most convenient way to get to the tower from the metro stations Champ de Mars-Tour Eiffel (RER C), École Militaire (line 8), Bir-Hakeim (line 6). 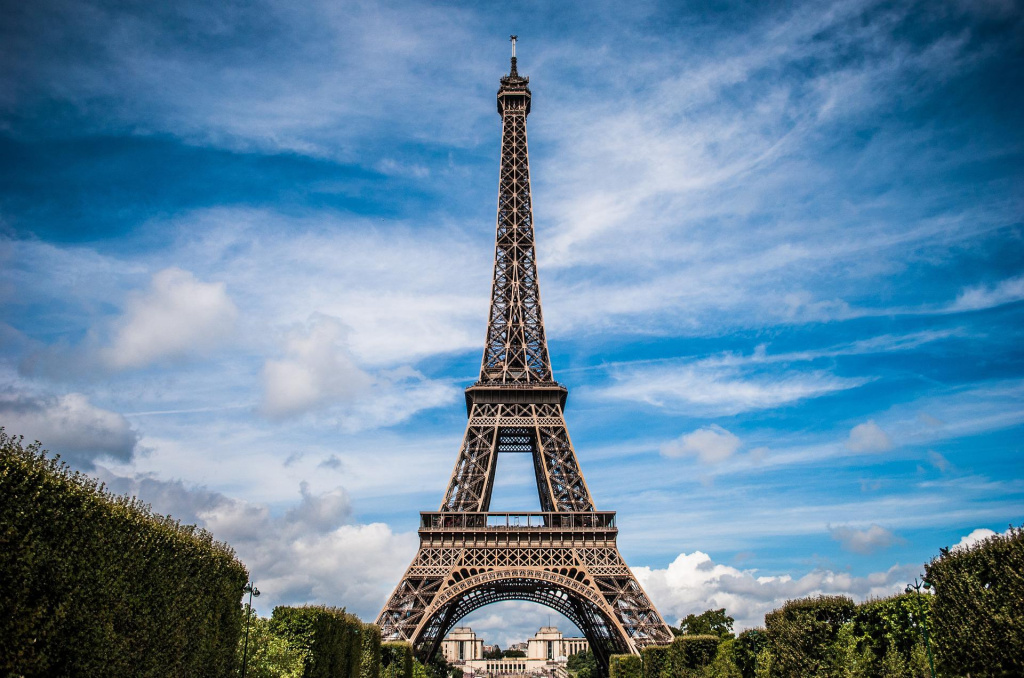 ➤ Museum of the Louvre

One of the most popular and largest museums in the world is located in the center of Paris, on the right bank of the Seine near the Tuileries Park. In 2018 the number of its visitors exceeded 10 million people. The architectural ensemble once served as the residence of French kings and was turned into a museum after the royal court moved to Versailles. Today, its exhibited collections number over 35,000 pieces, and it would take at least a week to fully explore them.

Tip: The Louvre is huge, to go around even part of its rooms in one day is impossible. It is better to get acquainted with the scheme of the halls in advance to plan which collections will interest you first. It is convenient to buy a ticket to the Louvre in advance on the website, so you do not waste time waiting in line.

Architectural monument on the Place Charles de Gaulle was conceived to be erected as a symbol of Napoleon’s victory at Austerlitz. Its construction lasted nearly 30 years, and was completed in 1836. The arch has repeatedly served as the site of military parades and other ceremonies.

The monument has not only historical but also architectural significance. Sculptural groups represent important stages in the history of the country, there are also marked the names of the most famous military leaders who made France famous. In 2021 the Arc de Triomphe was “disguised” by a modern artist Christo. But not everyone took this idea positively.

Tip: When visiting the Arc de Triomphe, you can admire the beauty of the whole city by climbing up to the observation deck.

This is the name of one of the most expensive streets in the world, stretching nearly two kilometers from the Place de la Concorde to the Arc de Triomphe. Champs-Elysées is a kind of symbol of luxury, here you can find offices of many leading companies of the world, as well as stores of famous brands, hotels and restaurants.

Champs-Elysées is a place for various national holidays and public events. On the day when the capture of the Bastille is celebrated there is a military parade. The last leg of the Tour de France also ends on the most famous street in Paris.

Tip: The Champs-Elysées are of interest to shoppers and strollers on the bustling city streets. Connoisseurs of historical sights and architectural masterpieces may find it a bit boring. But if you find the strength to walk to the Arc de Triomphe, your efforts will be thoroughly rewarded! 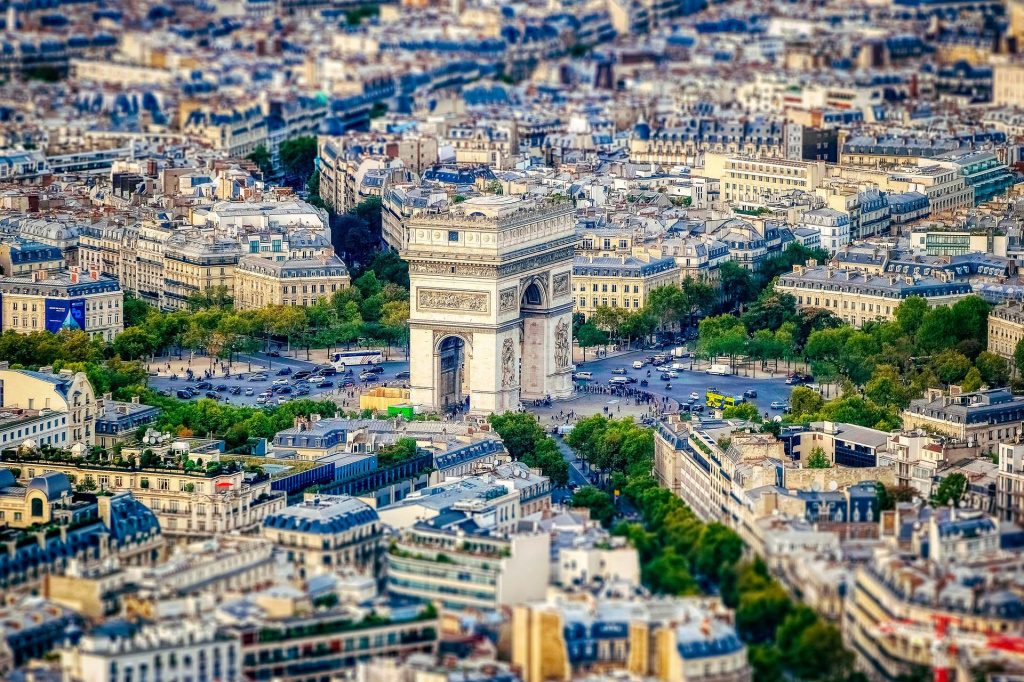 The Luxembourg Garden and Palace

The garden and the palace were built for Maria de Medici, the wife of Henry IV in the 17th century. The architectural complex is close to the Sorbonne and the Latin Quarter. It can be reached on foot from the Louvre itself. Today the palace park is a favorite place of Parisians and visitors to the capital. Here you can relax by the pond, admire the palace and ponds with fountains and statues. The most iconic place is the Fountain of the Medici and the adjacent pond.

Tip: Not far from the Luxembourg Garden is the Montparnasse Tower, which offers a panoramic view of most of Paris. It’s just as impressive as the Eiffel Tower, and it’s much easier to get here.

The highest point of Paris, which is located on a hill at a height of 130 meters, is without exaggeration the most colorful area of the French capital. Small streets, boulevards and bohemian neighborhoods are concentrated here. In Montmartre lived and created such geniuses as Picasso and Modigliani, and today its streets are filled with artists and cartoonists, who will gladly sell you their paintings or draw a portrait. Who knows, maybe in the streets of Montmartre you’ll buy a masterpiece of a future recognized genius!

Tip: walking around Montmartre, do not forget to visit the famous Wall of Love. The phrase “I love you” is written on it in more than 300 languages. The wall is free to visit.

The outline of the island, located in the historic part of the city, resembles a giant fish. This is where the settlement of the territory of the future Paris began. First the Celts and later the Romans settled the island. The first Christian church during the Merovingian Dynasty was also built on the island of Cité.

In the XIX century Sitet has undergone significant changes. At that time, urban planners paid little attention to the historical significance of the area. New buildings were built, streets were widened. Nevertheless, Cité retains a unique atmosphere of the Middle Ages primarily due to the Notre-Dame Cathedral and the former royal castle of the Conciergerie.

Tip: The island’s bridges are also worth seeing. On the oldest of them, Pont Neuf, you can admire the elegant arches and fortifications that remind of medieval Paris. And don’t forget to stop by the local flower market. 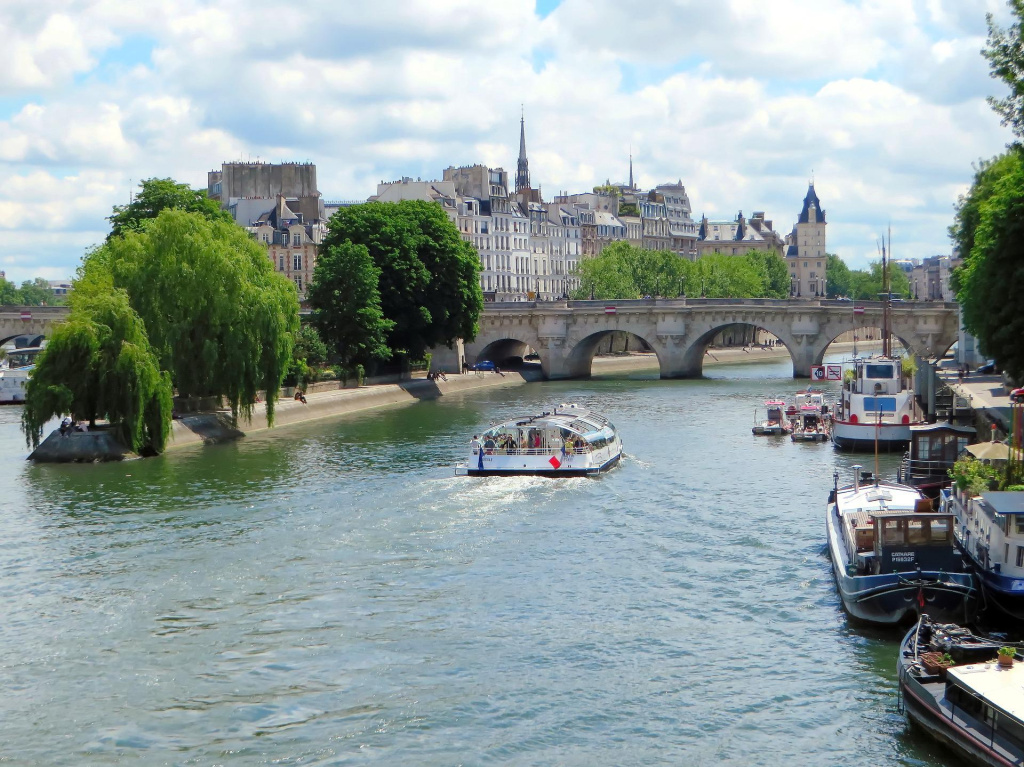 The Palais Royal is an architectural complex located next to the Louvre. It includes a palace, a square and a picturesque park. The palace was the “brainchild” of the famous scheming Cardinal Richelieu. After his death it came into the possession of Anne of Austria and her children, so it became known as the Royal Palace.

The Palais Royal suffered years of decline and destruction under the Paris Commune, but was gradually rebuilt. In the 80s of the last century, its areas were remodeled in the ultra-modern style. The creation of Daniel Buren is 260 columns of different heights, painted in black and white stripes. In the park area of the architectural ensemble there is an atmosphere of silence and tranquility, unusual for the central part of the metropolis.