Top 20 places to visit in Crete

Some travelers prefer to plan vacations to avoid surprises, while others would rather go with the flow and decide what to do directly on the spot. If you are planning a trip to Crete, make a list of some must-see places. Here’s a list of 20 places to see while vacationing on this Mediterranean island.

Samaria Gorge is the longest in Europe and its visit will not leave you indifferent. The trail opens up to you 18 kilometers of spectacular scenery and landscape. You can even see some endemic animal species such as the Cretan badger or the spiny mouse. Although the hike can be a bit tiring, at the end of it you will be rewarded with a beautiful view of the Libyan Sea that washes the southern coast of the island. 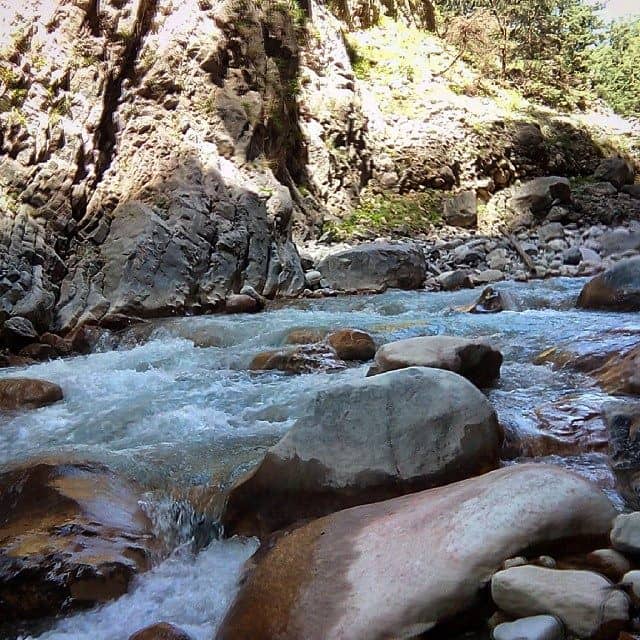 Knossos, located about five kilometers from Heraklion, is considered the oldest city of Europe and the Minoan Palace is a must visit. Knossos, founded in 1878 by Minos Kalokerinos, was once the ceremonial and political center of Minoan civilization and culture. The palace had over 1200 rooms, some of which have been reconstructed to reflect its grandeur. An earthquake destroyed the main palace, built between about 2000 and 1700 BC. A new palace was built in its place but there is evidence that it was destroyed in 1450 B.C., probably by an eruption of Santorini volcano, the same one that destroyed the ancient city of Akrotiri. 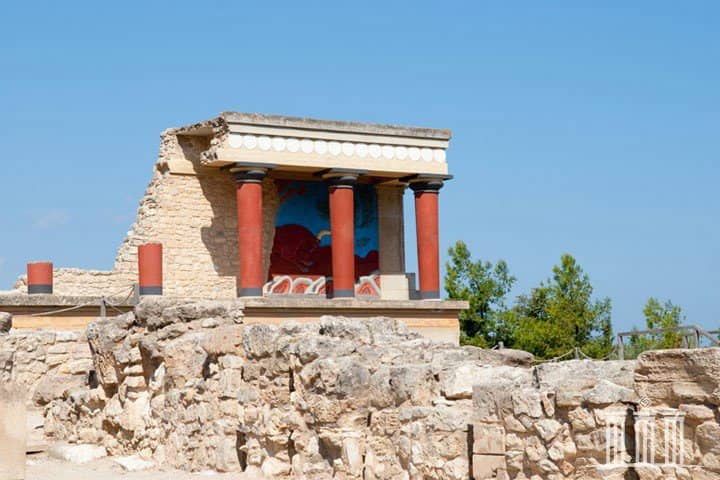 Elafonisi is a little piece of paradise on earth. Seventy kilometers from Chania and Elafonisi, which stands out for its natural beauty, crystal clear waters and beautiful sandy beaches, is included in the list of Natura 2000 programs for environmental protection. In some places the sand looks pink and takes on an unusual color due to the thousands of crushed shells. Elafonisi is a great place for family holidays, where you can spend a beautiful day swimming in the azure sea, sunbathing or exploring the hidden coves. 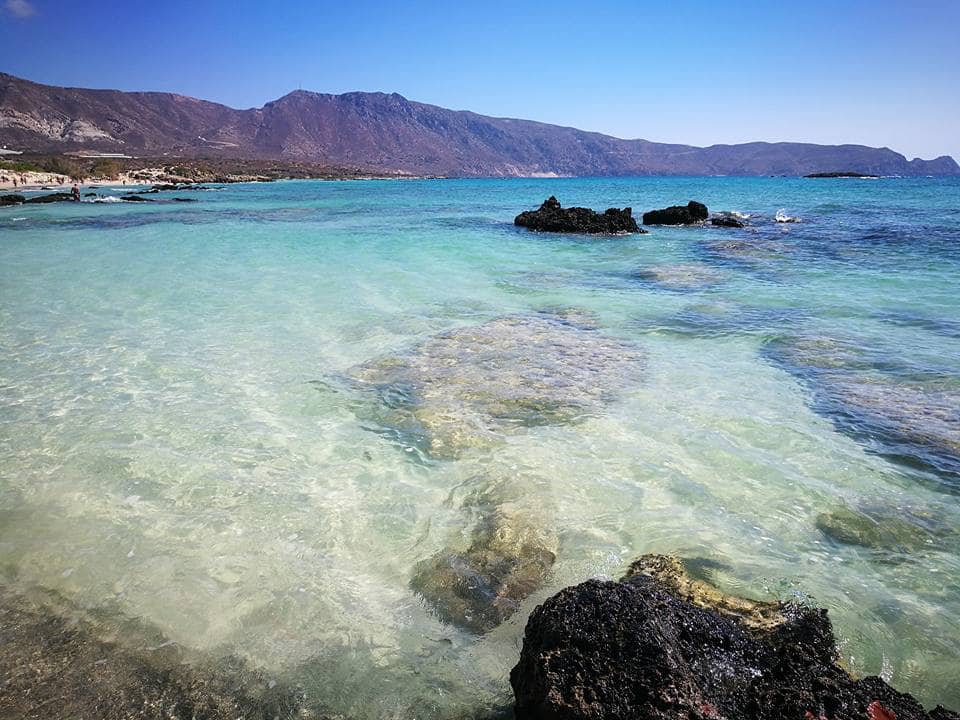 Another highlight of Crete and another echo of the Minoan civilization is the palace of Phaestos, located on a hill overlooking the plain. Less known and popular among tourists than the ruins of Knossos, it shows a simple architecture and boasts a central courtyard and is considered a royal residence. It is also the site where, in 1908, the famous disc was found, an artifact whose mysterious meaning has yet to be unraveled. 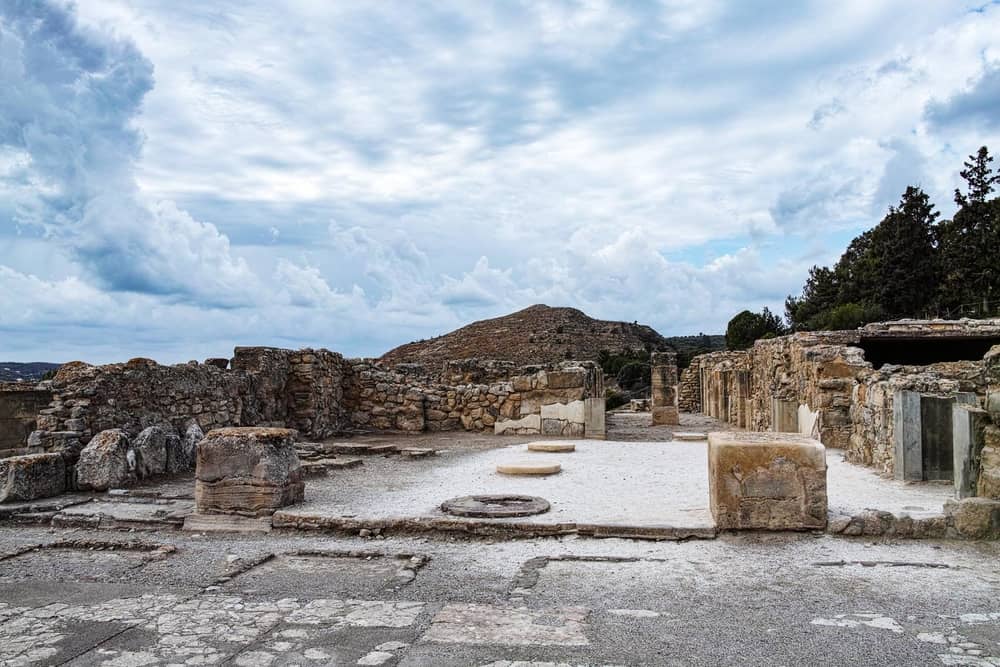 Off the coast of Elounda lies Spinalonga, a small rocky island, also known as a leper colony, as it was home to lepers until 1957. Now the abandoned island is the main attraction for visitors who want to explore the ghost town and delve into its sad past.

Located in the west of Crete, Balos Bay is a must-see. Like Elafonissi, it is one of the most picturesque places in Crete. Its exotic scenery, stunning beaches and turquoise sea make Balos a popular holiday destination. But if you don’t want to take your vitamin D all day, you can visit the small uninhabited island of Gramvousa, famous for its Venetian fortress. 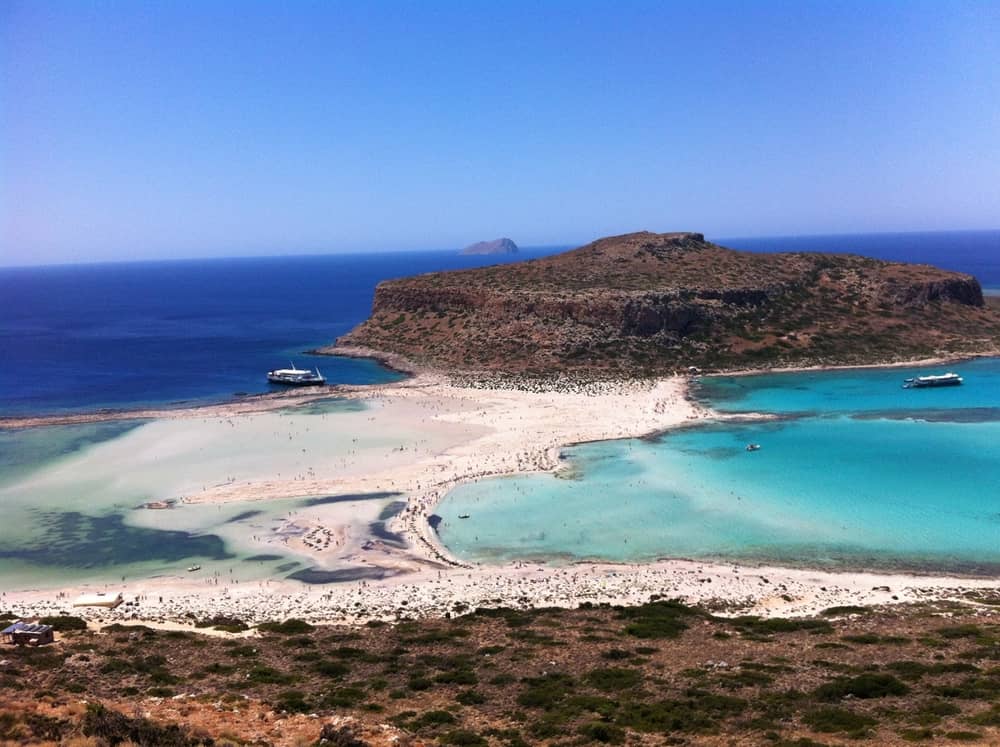 The Archaeological Museum of Heraklion

One of the best museums of Europe, the Archaeological Museum of Heraklion is located in the center of the city, on the remains of the Venetian friary that was destroyed by an earthquake in 1856. The museum holds many treasures from the Minoan civilization and a collection of valuable artefacts found all over the island. 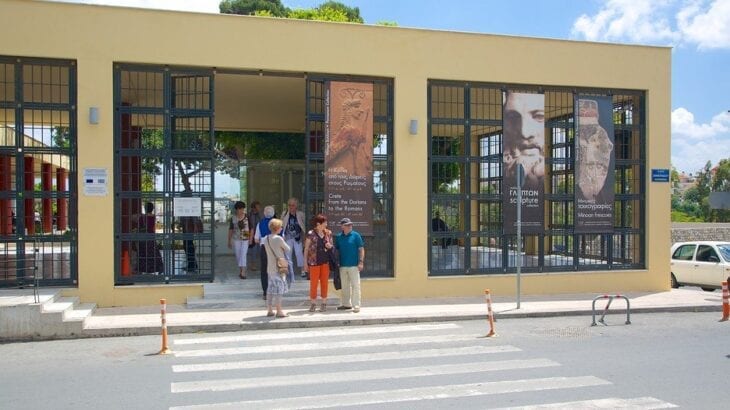 The Cretan Aquarium, one of the largest in Europe, which first opened in 2005 gives visitors the opportunity to see the unique marine world of the Mediterranean. From a variety of marine life, such as fish, sharks, jellyfish and even tiny seahorses, the aquarium displays a rich diversity of marine life. A visit to the Cretan Aquarium will be entertaining and educational for guests of all ages, so it is a must do. 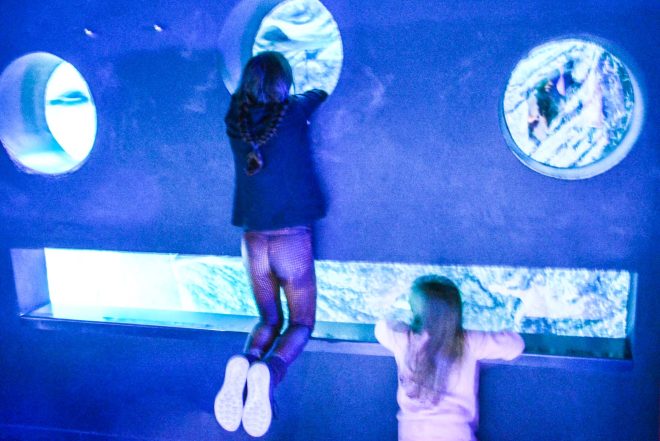 Travellers can find the Cave of Zeus, also known as Diktaio Andro, on the east coast of Crete, near the village of Psichro. If not for its mythological importance, the cave would not differ much from the other 3000 caves of the island. But the cave of Zeus is more than a simple cave. Legend has it that it is the place where the goddess Rhea gave birth to Zeus. Having such an important significance, this place is very attractive to visitors nowadays. 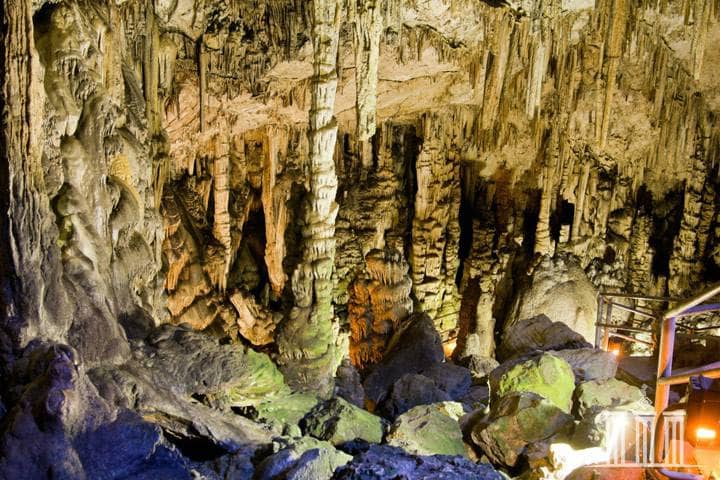 The Gorge of Kourtaliotiko or Asomatos Gorge is a magnificent natural wonder located about 20 km from Rethymno, near the village of Koksare. It’s a place of incredible beauty, with a breathtaking wild landscape, a variety of flora and fauna, which include many rare birds. About 2.5 km long, the gorge ends at Preveli lagoon and is ideal for lovers of mountain scenery or for those looking for an escapade into the wild. 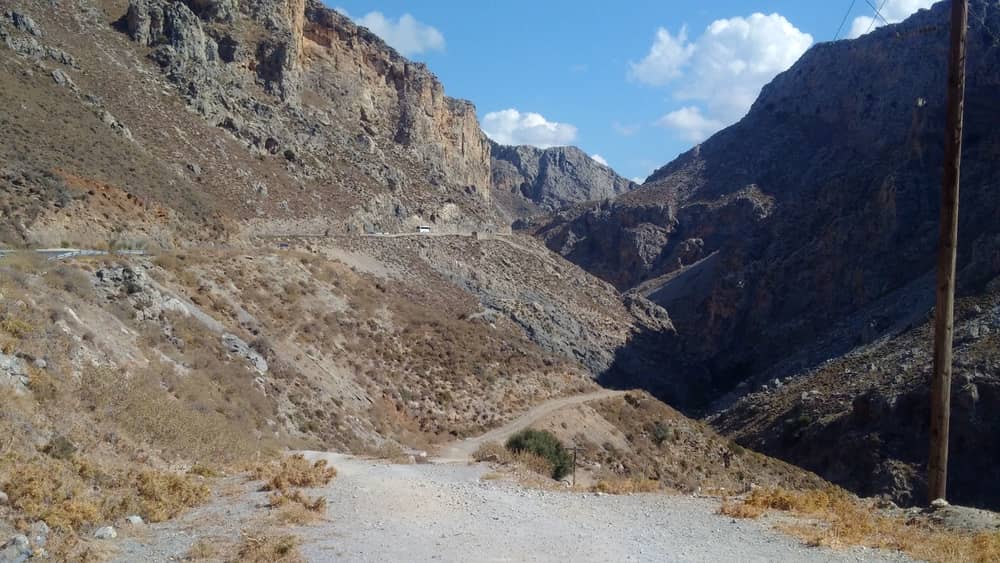 The imposing Koules Fortress, also called Rocca al Mare, is a Venetian building located in the old port of Heraklion. It is one of the most famous monuments of the city and a symbol of Heraklion. Today the fortress is open to the public and often hosts exhibitions and cultural events. 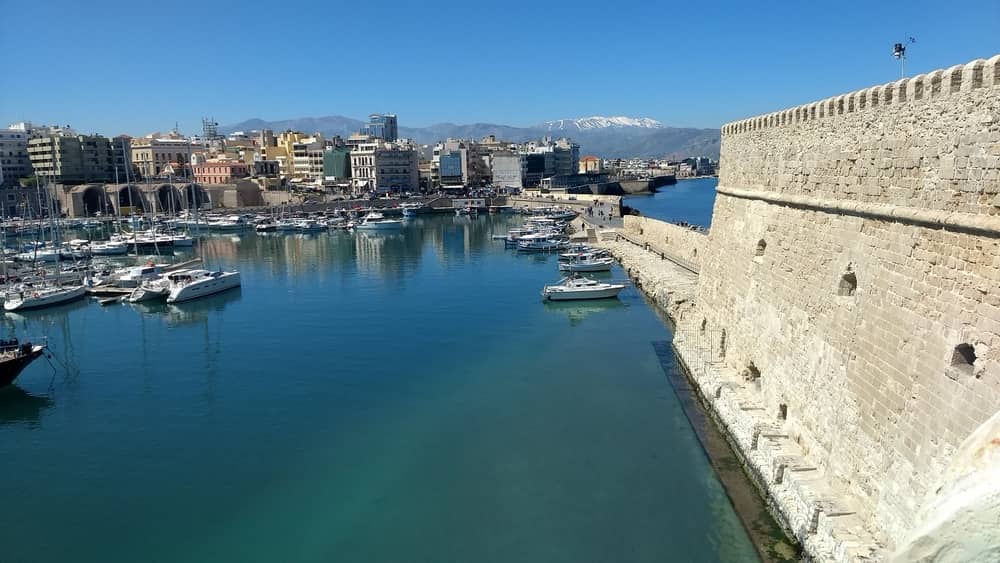 Housed in a former Venetian Franciscan monastery, the Archaeological Museum of Chania has a large collection of Neolithic and Minoan artefacts, as well as treasures from the late Roman periods. The collection grew from donated objects from the collection of Konstantinos and Marika Mitsotakis , and the exhibits, which are arranged chronologically, include Minoan ceramics, stone carvings, seals, jewelry, and other objects.

The Cathedral of Agios Minas

The majestic St. Minas Cathedral in Heraklion is one of the largest in Greece. The construction of the church began in 1862 in honor of the patron saint of the city, St. Minas and was completed in 1895 when Crete was still under Turkish rule.

Founded in 1973 the Maritime Museum of Chania, located at the entrance of the fortress of Firka in the old harbor, is a place where a vast collection of models of modern and ancient ships, navigation tools, war relics and memorabilia, historical photographs and paintings, which are classified in chronological order, are collected. The exhibition includes several sections, such as symbols, Venetian occupation, Bronze Age, postwar period, etc. A visit to the museum will be fascinating for your family and friends. 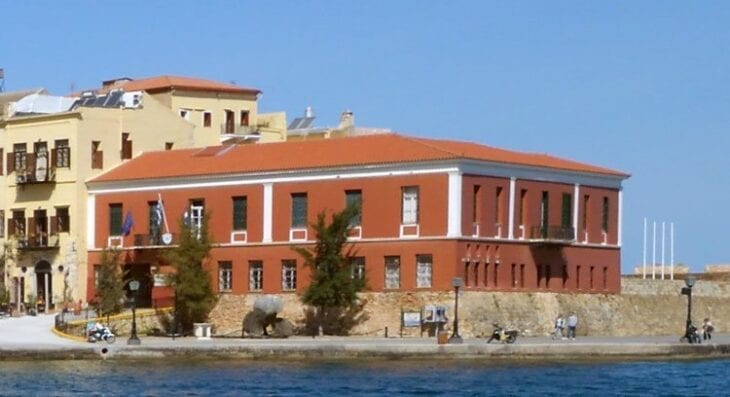 Chrysoskalitissa Monastery, near Elafonissi village, is a seventeenth century Orthodox monastery built on a rock. Legend has it that it got its name because the last step leading to the monastery was gold and only true believers could see it. The monastery, built in Venetian times, is a famous pilgrimage site and there is also a folklore museum. 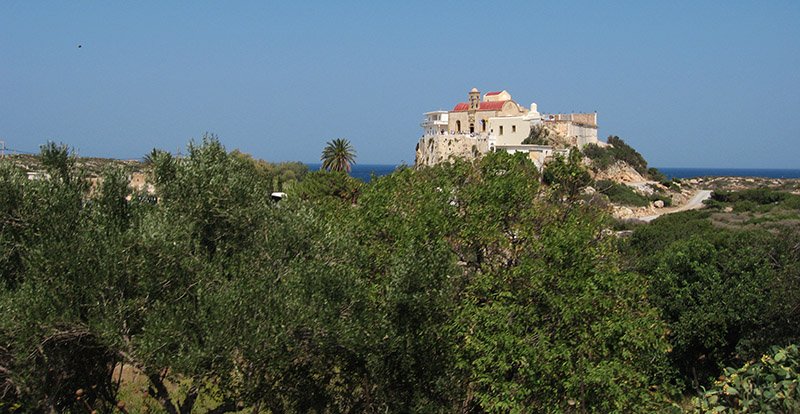 Located at the waterfront in Heraklion , the Natural History Museum of Crete introduces visitors to the unique natural environment of Crete and the Mediterranean. Explore the ecosystems of Crete, mainland Greece and the Mediterranean Sea. The museum features various rooms where visitors can see the giant Deinoterium, which is the largest prehistoric animal that ever lived on the island, an earthquake simulator, the Erevnotopos Discovery Center and a section dedicated to children. 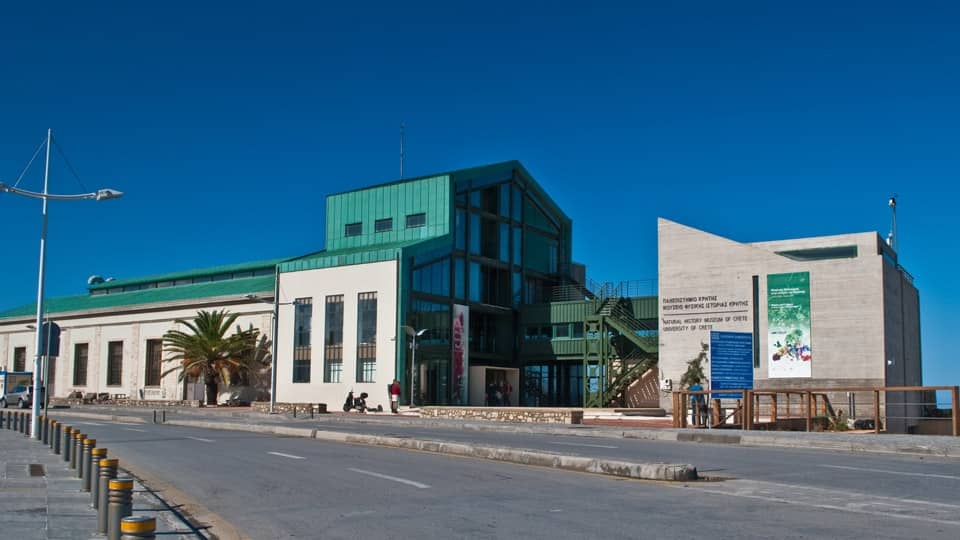 Situated near Rethymno and built in 1587 the Monastery of Arkadi is an example of one of the finest Venetian churches on the island. During the 19th century the monastery was one of the most prosperous on the island and served as the main center of resistance against the Ottomans. Indeed, during the uprising of 1866, villagers and partisans took refuge in the monastery. After a two-day siege, the soldiers and locals were captured, locked in a powder magazine, and burned. The monastery was badly damaged by the explosion of the powder casks and although many died, including Turks and Cretans, this tragic event stimulated the Cretan independence movement. 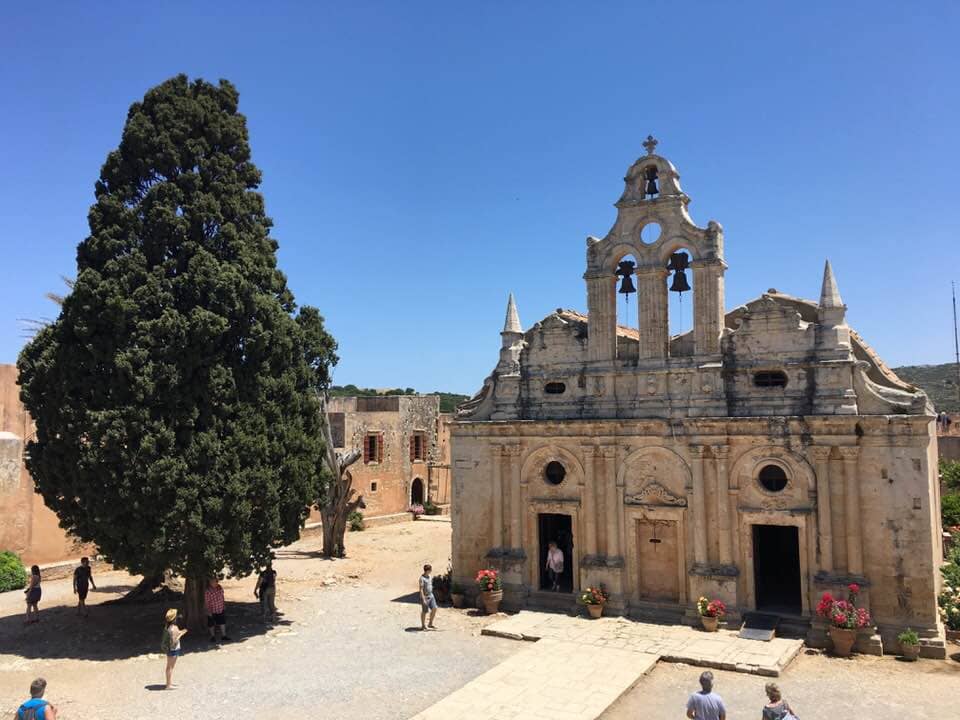 The highest mountain in Crete, with a height of 2.456 meters, Psiloritis, is considered a sacred mountain. Legend has it that it was the birthplace of Zeus. There is also the Cave of Zeus, which is located on the Nida Plateau. As part of the European trekking route E4, the mountain is ideal for hiking, where you can see the beautiful nature and discover small mountain villages. 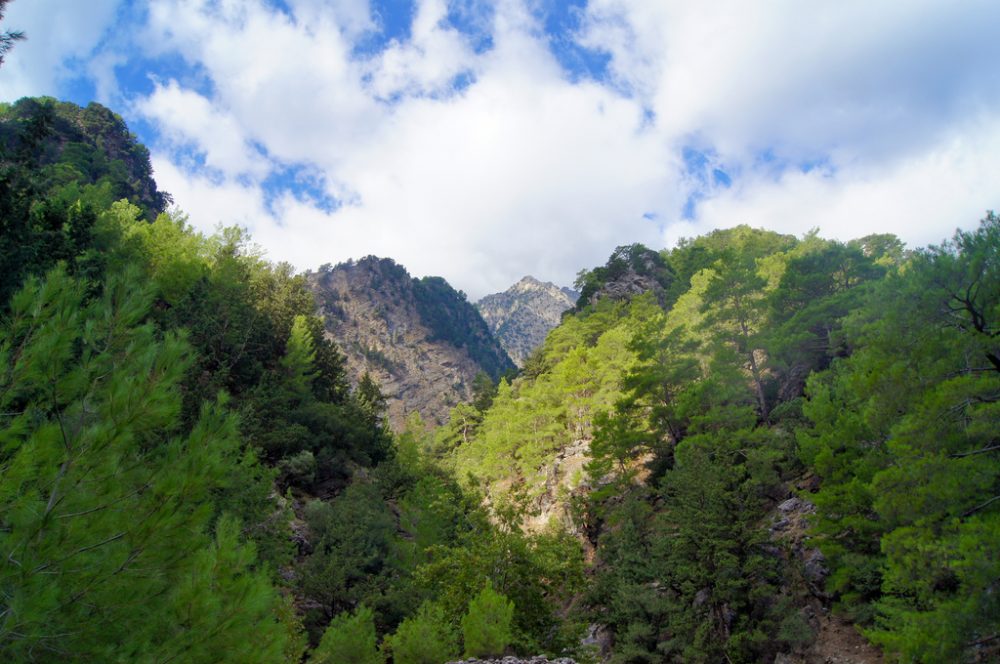 Located south of Psiloritis, the complex of Gortyna (or Gortis ) is a Greco-Roman archaeological site, with numerous ruins scattered across fields and olive groves. Explore the site and admire the church of St. Titus, built in the 6th century. At the height of the Hellenistic era Gortyna was the most powerful and prosperous city of the island and dominated Crete.

The ancient city of Gournia, which was found during excavations in the early twentieth century, was supposedly built in 1600 BC. You can walk through the streets of this late Minoan settlement and see the houses, workshops, and even the supposed palace complex located on a hill. It will be an interesting and very informative trip.