Once a week we will send the best articles and tips for travel hunters!

Eating Olivier and watching the same Soviet movies under the Christmas tree is a familiar and cozy Russian New Year. This may seem strange to a foreigner – for some of them it is much more usual to dress up in all red and hang a rake on the wall.

We have chosen the most bizarre and funny New Year’s customs in different countries and compiled our own top. If you want, you can repeat and celebrate the holiday in the German or Panamanian way, for example.

10. Italian way to meet in red

In tenth place is a nice Italian tradition – to wear red on New Year’s Eve. Locals believe that the color red bodes well for good luck. Before the New Year holidays in Italian store windows are bright red – sellers put on the most prominent place lingerie, clothing and accessories of red color. Sales are increasing – everyone wants good luck in the new year, and more!

9. Kissing in the dark the Bulgarian way.

If you don’t have anyone to kiss on New Year (and anyone else) – welcome to Bulgaria! Here is an interesting tradition: right after the chime of the clock they turn off the lights in the room so that people can kiss in the dark. It’s called “one minute of New Year’s kisses. It is believed that at this time you can kiss anyone you like – and the kiss must remain a secret.

In Germany, the New Year is celebrated noisily, cheerfully, with a Christmas tree and a table full of treats – almost like in Russia. Germans have a funny tradition: with the first beat of the clock, they climb on chairs, tables and chairs, and with the last beat with joyful shouts jump into the New Year, that is, on the floor. We do not recommend repeating it if you started celebrating in advance – “jumping in” is fraught with injury.

7. Burn all the bad stuff the Scottish way.

We say toasts to leave all the problems in the past year, but the Scots do cardinally – they burn all the bad things. On New Year’s Eve they take out old barrels that once held whisky and wine, smear them with tar and set them on fire. The barrels are wheeled through the main streets of Scotland – the action symbolizes the burning of the old year and all its problems.

6. Into the New Year – with a Japanese rake to the sound of bells.

Want more luck in the New Year? Stock up on rakes like the Japanese. They make their own tool from bamboo, decorate it with paintings and talismans, and hang it on the wall. In this way, the Japanese “rake their luck in the New Year.” New Year’s wishes in Japan are made at the ringing of bells, not the chimes – and 108, not 12. The striking of the bell kills six human vices and 18 shades of each – envy, stupidity, indecision, anger, greed, levity.

For some reason Europeans love to burn everything on New Year’s Eve – the Swedes are no exception. The ritual burn is a 13-meter-long straw goat “Yevl’s goat. It is installed on the main square of Jevle, and on New Year’s Eve it is ceremonially burned. This is supposed to symbolize a farewell to all bad things. It is also very beautiful and fun (according to the locals). 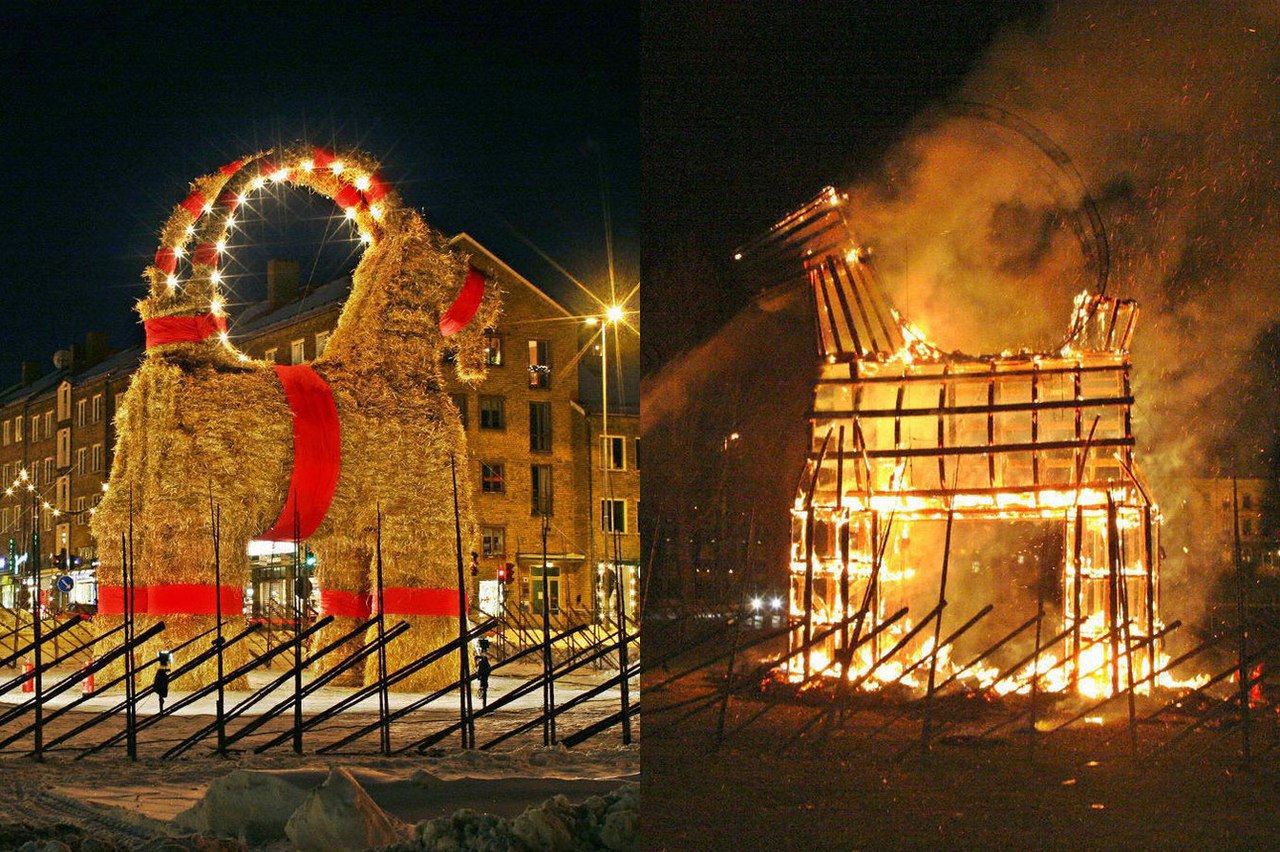 4. Meet with a suitcase and fight, like in Peru

New Year’s Eve in Peru is for the extreme. There is a peculiar way of “leaving all the bad things behind in the old year. For this purpose, the locals organize mass New Year’s fights, in which women, children, and men take part. Everyone takes to the streets and enjoys beating each other up. The logic of the Peruvians is that if they beat each other up for their bad deeds in the old year, they will no longer be punished by fate in the new.

READ
What to see in Santa Cruz de Tenerife, Spain

Another funny New Year’s tradition concerns those who want to travel around the world. To go on a trip next year, you need to take a suitcase and walk around your block with it. You have to do it 5 minutes before New Year’s Eve and be home by 00.00.

3. Argentinian: out the window reports, documents and receipts

The third place of honor goes to the Argentines. They say goodbye to the old year in a peculiar way: on the last day they throw out of their windows unnecessary documents, letterheads, old calendars. By mid-December 31, the entire business district of Buenos Aires is covered in paper. Where this tradition came from and what it is supposed to symbolize – no one knows.

2. Burn an effigy of a politician the Panamanian way

Another “incendiary” tradition – now from Panama. Here at New Year’s Eve it is customary to burn effigies of famous personalities – politicians, athletes and actors. The scarecrow itself symbolizes the problems of the outgoing year and is designated by the word muneco. Panamanians enjoy burning an effigy of their president or an Olympic champion. Although they do not wish anything bad on politicians and athletes, this is a strange way of expressing their honor and respect. Why don’t we make such a tradition in Russia? Who wants to?

1. On New Year’s Eve, the Micronesian way with a new name.

And the winner is a New Year’s tradition of the inhabitants of “small islands” of Micronesia. For the whole next year to live comfortably, happily and without problems, Micronesians simply change their name. Unclean forces will no longer be able to find them and inflict evil – they are safely hidden. With these thoughts in mind, on January 1, Micronesians whisper their new name in the ear of their relatives while covering their mouth with the palm of their hand. Evil spirits won’t overhear, and your family will know how to address you now.

And what are your traditions for the New Year? Tell us in our Facebook and Vkontakte groups.

10 New Year’s traditions from around the world 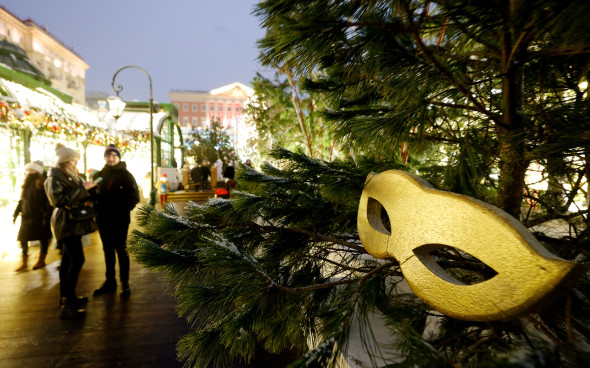 Every time we try to think of something new and interesting for the coming New Year: we decorate the house, update the interior, buy gifts, think through the menu. And every year we want to celebrate this holiday in a way that is unusual and memorable for a long time. For those who are tired of the traditional circle around the Christmas tree and want to try something new, we offer to get acquainted with funny Christmas traditions in different countries.

“RBC Real Estate” has collected several unusual Christmas traditions from around the world for those who want to diversify their Christmas program.

Italians have a passionate temperament and their New Year traditions are just as colorful and noisy. For example, in Italy it’s common to throw out of the windows unnecessary things on New Year’s Eve. Although this tradition is abandoned in recent years due to the high risk of injury, but even if the chair will fall on the street in front of passers-by on New Year’s Eve no one will be surprised. This is how the Italians attract good luck in the new year. And of course this entire process is accompanied by noise – singing, shouting and fireworks. 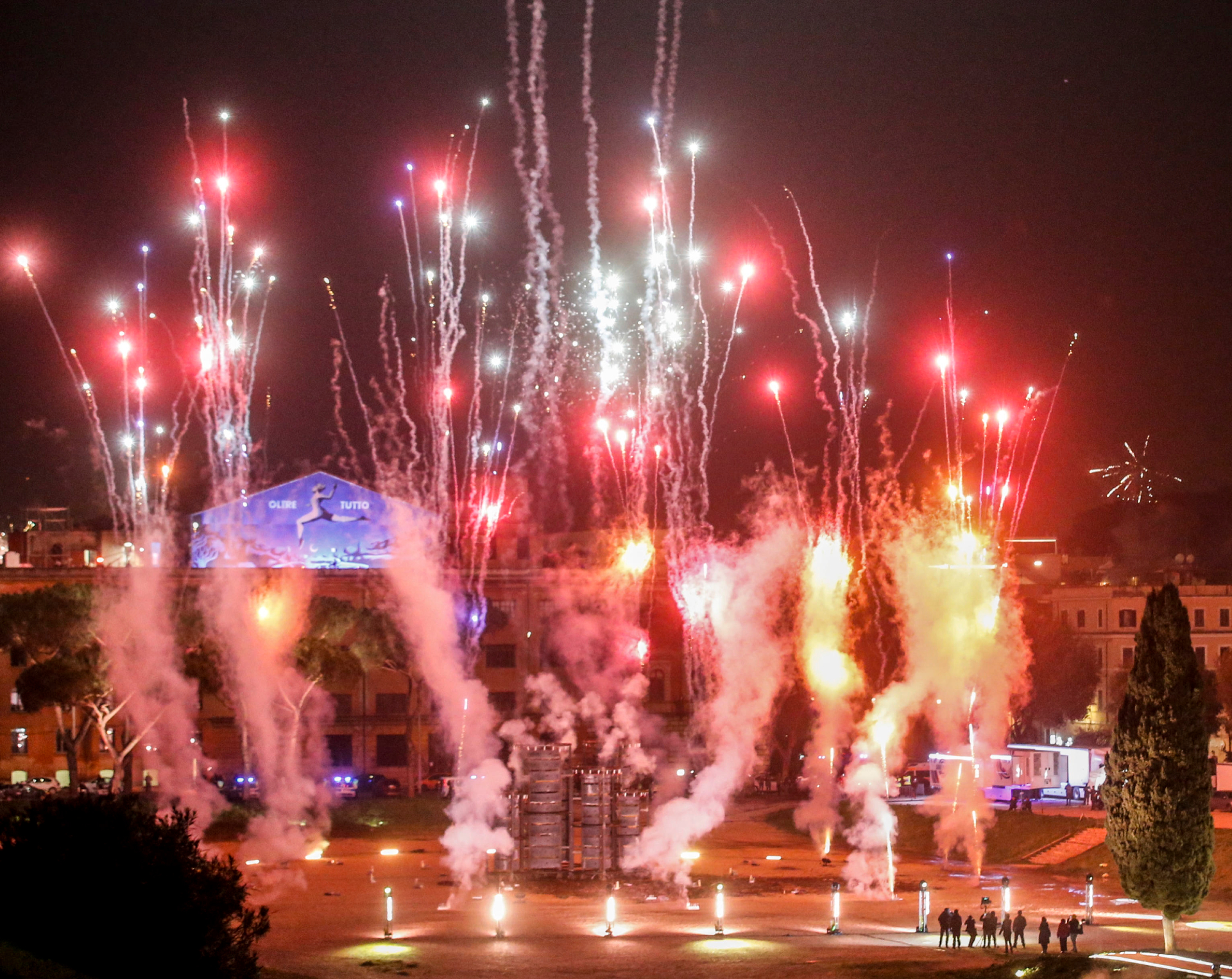 Another country whose inhabitants like to throw something out the window is Argentina. On the last working day of the outgoing year, Argentines say goodbye to the old year and throw away old calendars, receipts, forms, reports, and other unnecessary documents. The sidewalks are quickly covered with a thick layer of paper, which is then, of course, removed.

If in Italy and Argentina try to get rid of everything, but in Greece – on the contrary, everything in the house. To be precise, not everything, but only the stones. On the way to the Greek New Year’s Eve dinner, the guests pick up a large rock. The Greeks place large stones on the master’s doorstep with the wishes of the same great wealth. If no cobblestones are found, you can take the smallest stone and wish that the possible misfortunes of the hosts were not heavier than this stone.

READ
Ile de France. The French region in which Paris is located 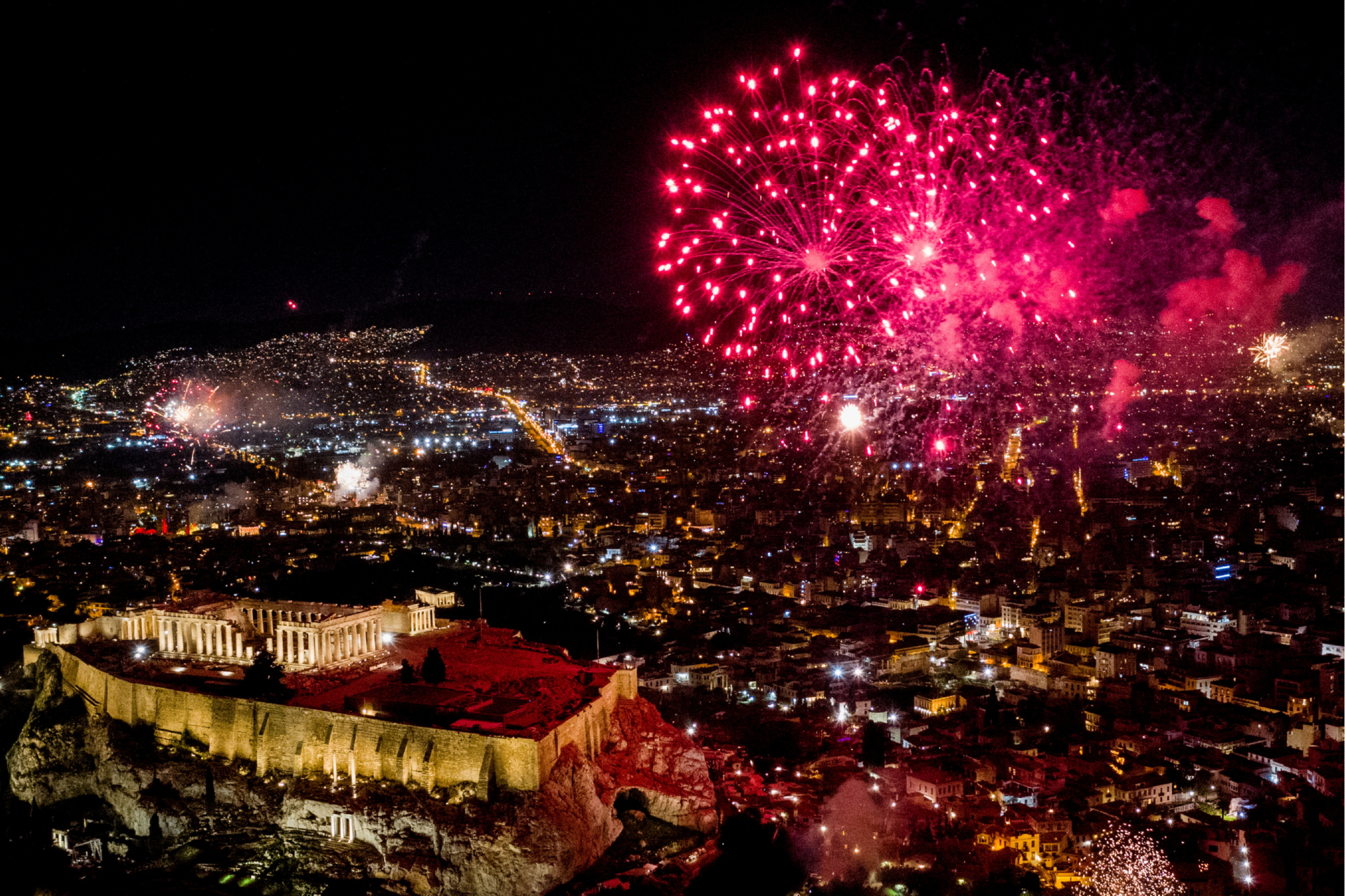 On New Year’s Eve, the Scots set fire to barrels of tar and roll them through the streets of the city. In this way they burn the old year and clear the way to the new. On the way to the Scottish New Year’s Eve dinner, it is necessary to take with you a charcoal to throw it into the hearth of the host. This is how the Scots wish good luck in the new year. 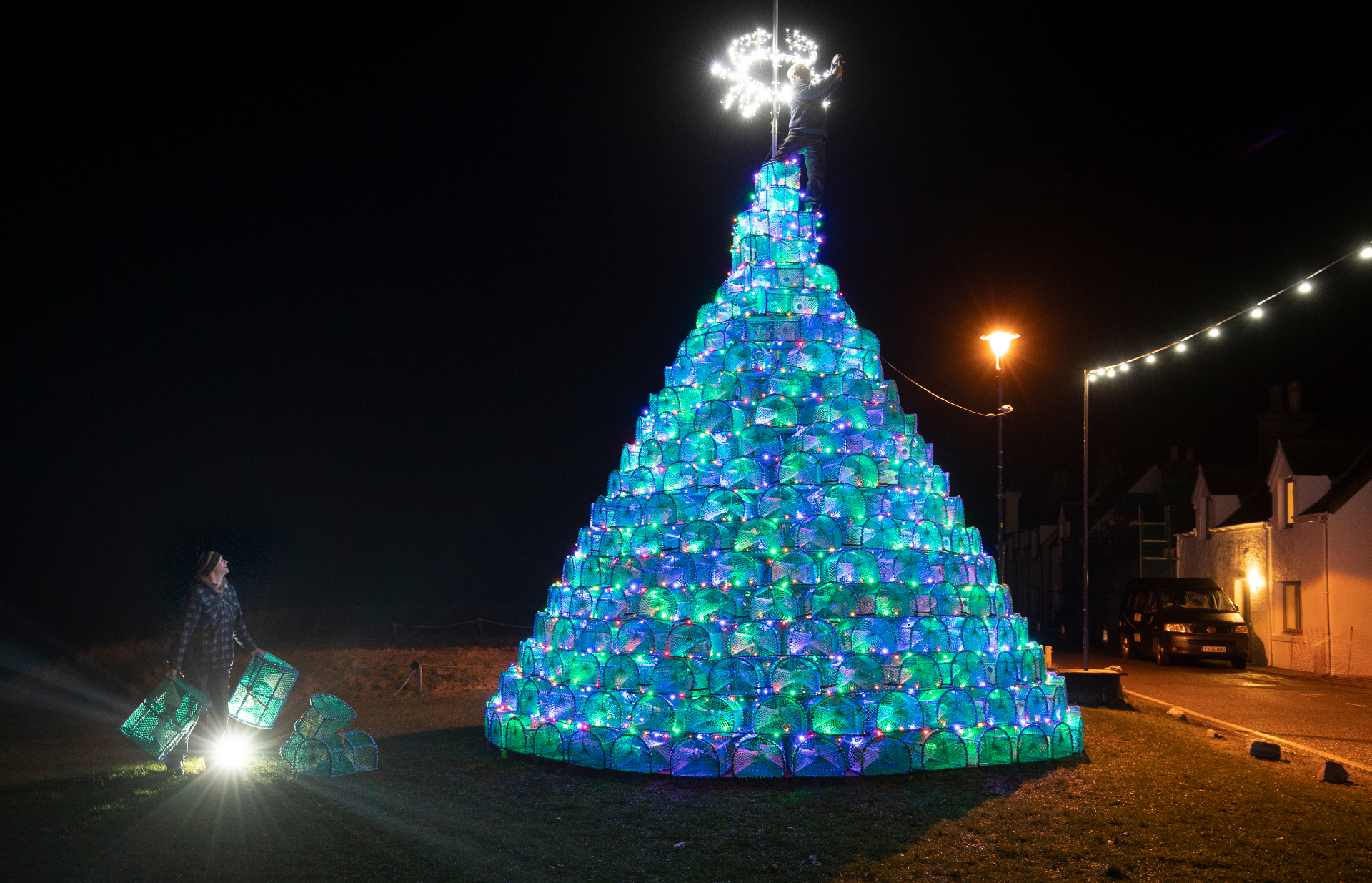 On New Year’s Eve in Cuba, water is poured into all vessels: mugs, basins, buckets and pots. The amount of water corresponds to how many sins a person thinks he has committed during the year. After midnight, the water is poured over the threshold. For Cubans, this tradition symbolizes purification from vices.

We are used to decorating homes with fir branches, snowflakes, tinsel. But in Japan, it is customary to decorate homes for the New Year with a bamboo rake. The Japanese believe that if there are no rakes at home on New Year’s Eve, there will be nothing to rake happiness with. Also, the Japanese greet the first seconds of the new year with loud laughter. They believe that this way the year will be cheerful and joyful. 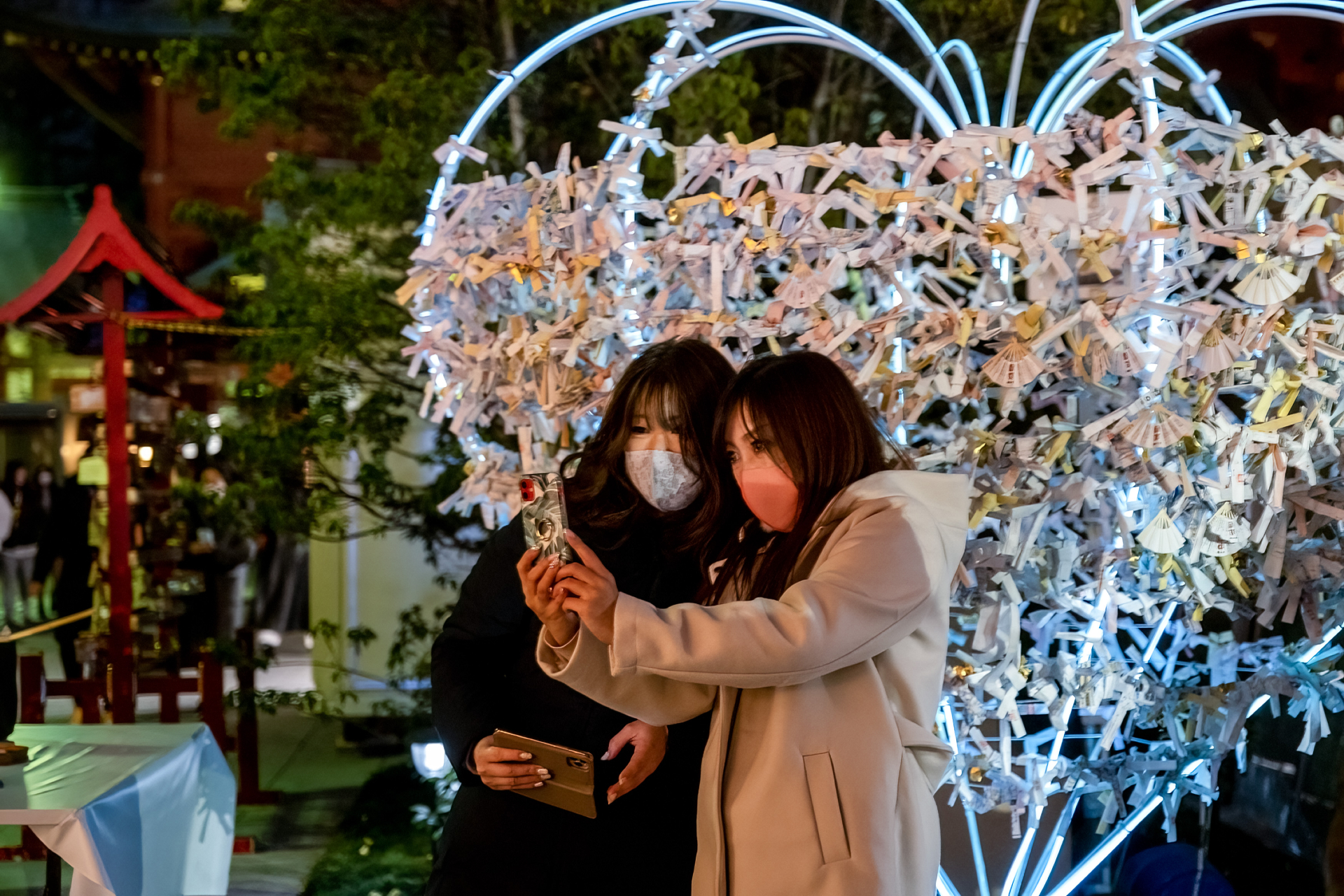 To have a year full of travel, the first one should be done right on New Year’s Eve – so they believe in Ecuador. To do this, you have to run around the house with a suitcase in your hands. Ecuadorians should make the trip before the clock strikes 12 times.

Some Russians on New Year’s Eve write their wishes on a piece of paper, then burn them, pour the ashes into a glass with champagne and drink it. One has to do all this while the chimes are striking. A similar tradition exists in Spain. For all guests at a New Year’s Eve dinner party, 12 grapes are prepared in advance – one for each strike of the bell. The Spaniards believe that if you manage to eat all berries in 12 strikes, the year will be successful. 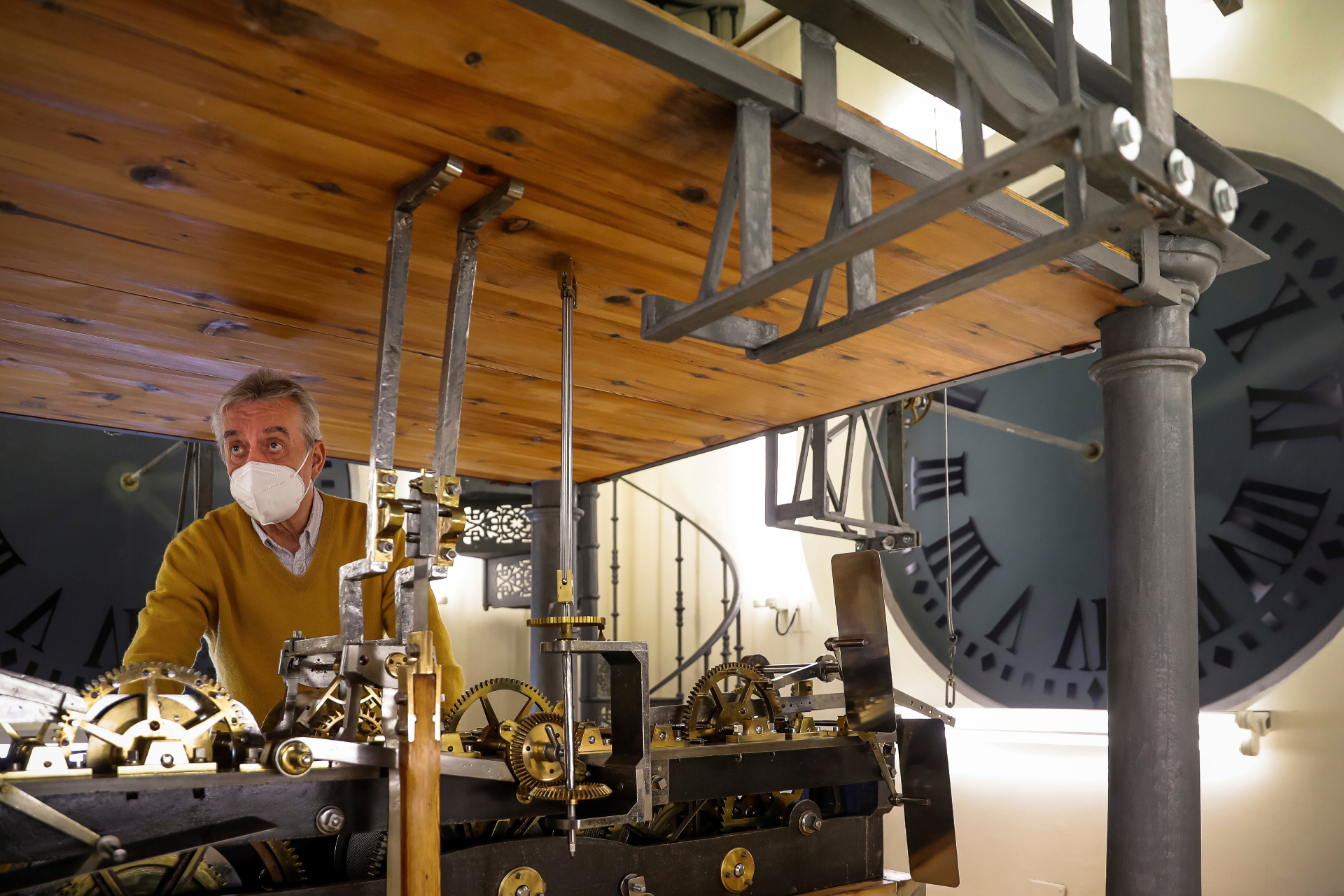 Checking the clock at the Post House on the Puerta del Sol in Madrid on the eve of the New Year (Photo: Emilio Naranjo/EPA/TASS)

Danes on New Year’s Eve smash dishes against friends’ doors. The more shards left on the porch, the more friends the homeowners have. As the number of shards increases, so does the amount of luck for the coming year. According to tradition dishes should be thrown at the door with a swing, but to avoid injury and damage to the house, in recent times the custom has changed slightly. Nowadays, Danes break plates in advance, and splinters are poured on the porch of their neighbors. 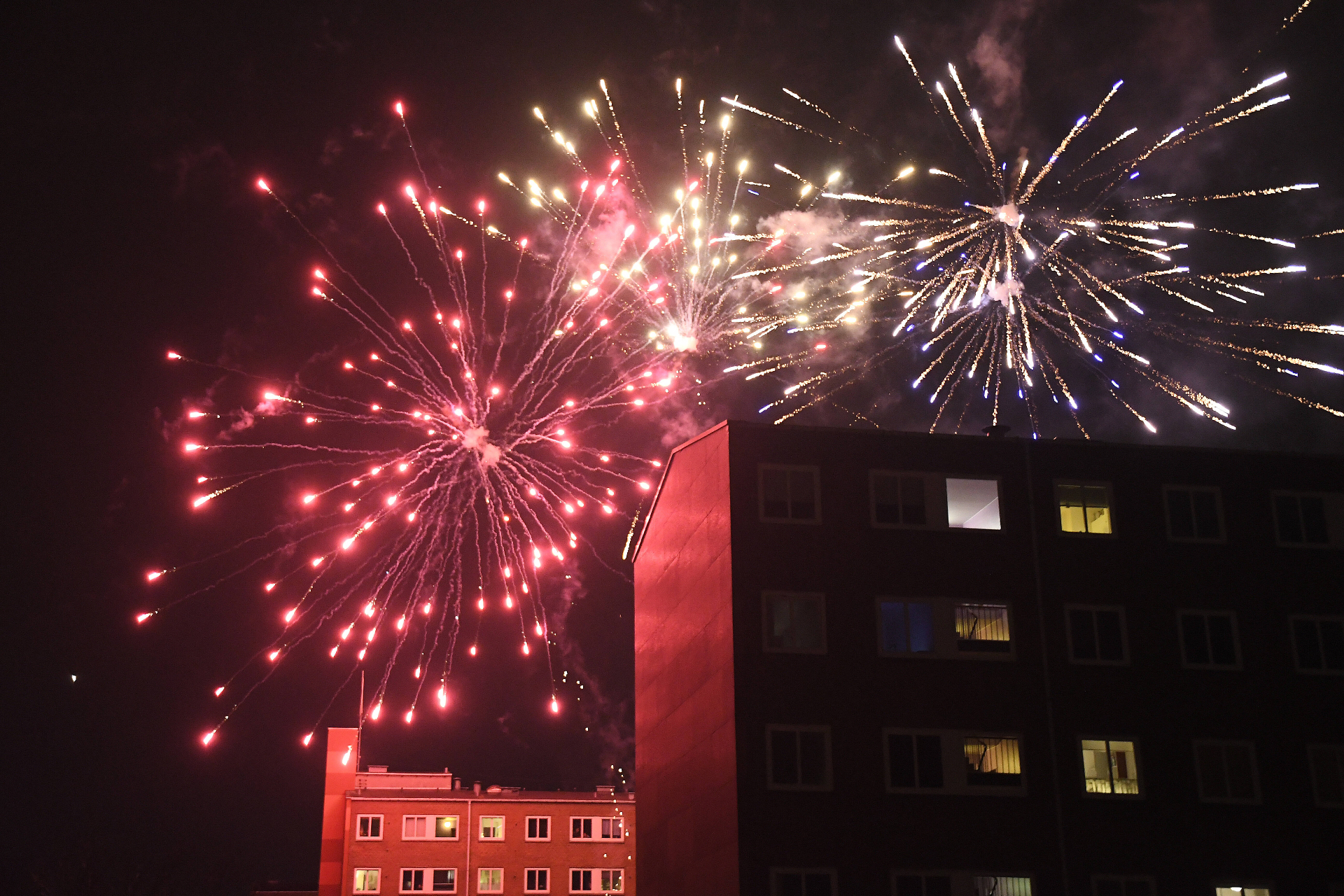 On the eve of the holiday the Irish open wide the front doors of their houses so that any guest can come in. He is seated on a place of honor at the New Year’s table and treated to wine. The guest must enter the house through the front door and leave through the back door. The Irish believe this attracts good luck.