Marche is an amazing region of Italy, although not the first in the list of tourist preferences, but definitely deserves to be in the top. A beautiful place with its own features and attractions, where you can relax without being distracted by large crowds of travelers. The beaches, climate and infrastructure are just as good as the more popular resorts.

General information about the region of Marche (Italy)

The Marche region is located in the center of the Adriatic coast of Italy, washed from the east by the Adriatic Sea. It is characterized by a mild and warm climate. The area of Marche is 9,366 square kilometers. 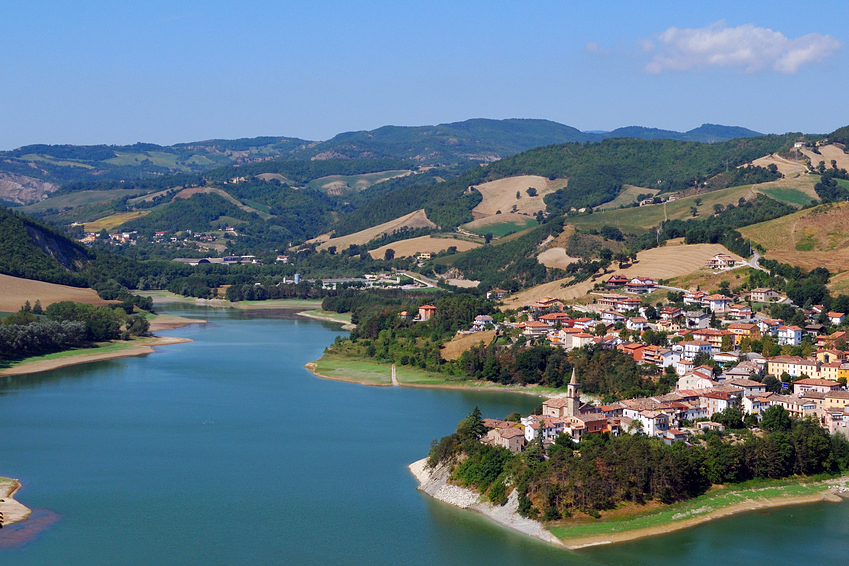 The region consists of five provinces:

More info! The administrative center is the port city of Ancona and it is often the starting point for tourists.

How to get to Ancona

You can get there in almost any way: by plane, by ship or by train. As a last resort, you can take the bus, the cheapest, though not very comfortable option. Unfortunately, there are almost no direct planes to Ancona: most likely you will have to fly with connections, stopping in cities: most likely in Rome or Munich. But finding transportation from these cities to Marche won’t be difficult.

Economy of the Marche

The region is known primarily for its light industry, for example, the production of very good shoes, also Marche is one of the main centers of shipbuilding. The tourist infrastructure is certainly developed sufficient to receive tourists and travelers from all over the world: a large number of well-kept beaches, many attractions, various hotels and places to stay, shopping tours and, of course, the unrivaled Italian flavor of everything. 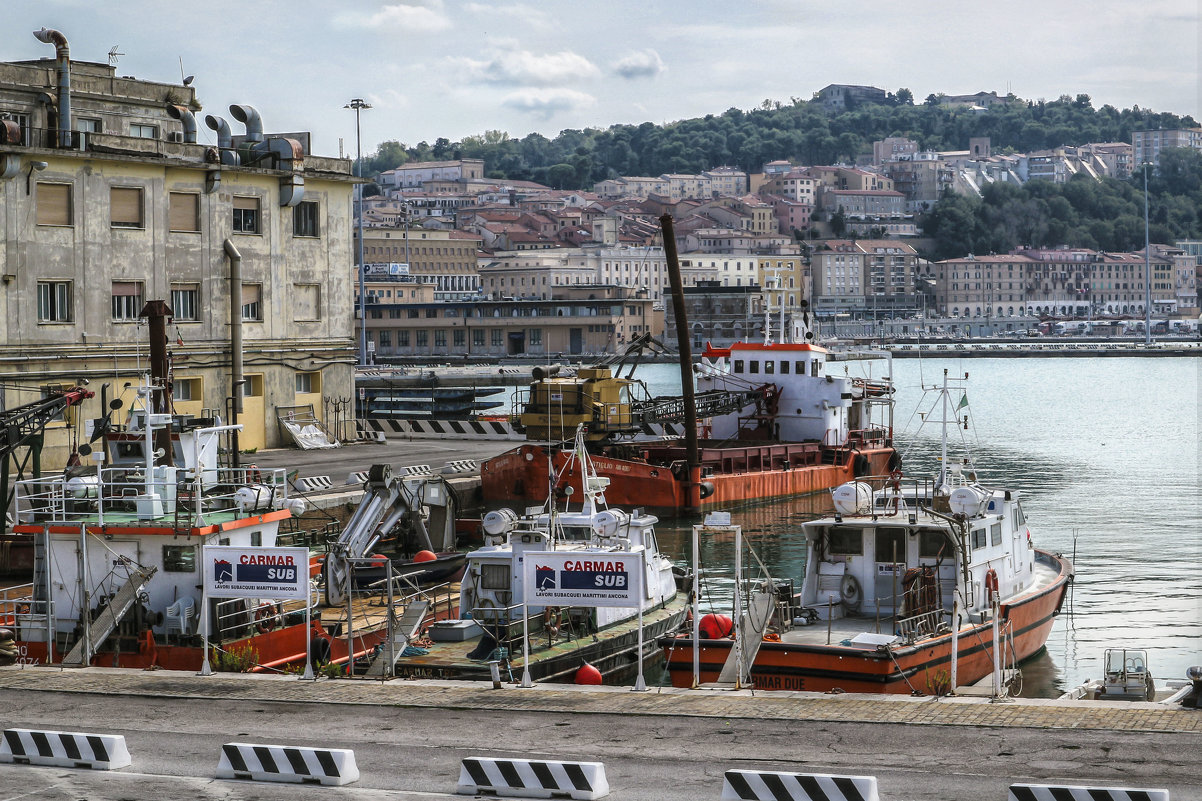 Attractions of the region

The architectural sights in the Marche cannot be counted. In the capital city of Ancona, such ancient buildings are worth attention:

Interesting! The Palace of the Elders is an interesting structure that was the seat of the Council of the Fathers of the city. It is worth noting that during World War II, the building was severely damaged.

This is only a small part of the attractions of the capital. But other cities in the Marche can also boast interesting places:

A point of interest! One of the main tourist towns in the Marche is Ascoli Piceno.

READ
The 12 most beautiful villages of Crete, Greece 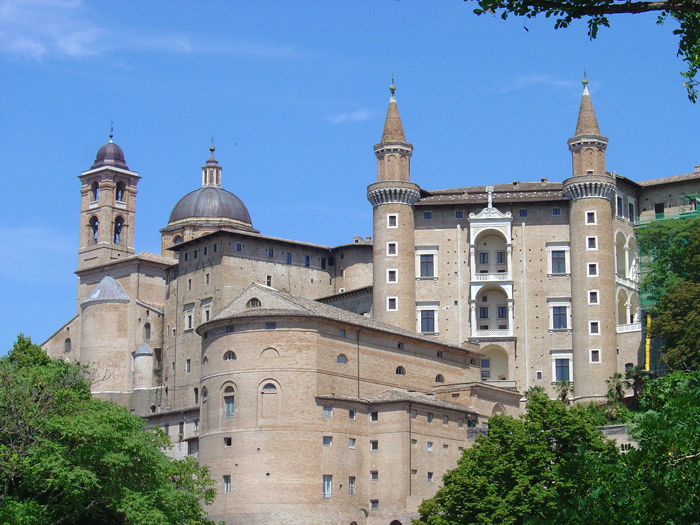 The Dukes of Urbino Castle

On the Internet you can easily find a Russian guide, who will tell in detail about the places of interest to tourists. The cheapest group tours cost 40 … 50 euros* per hour.

Urbino, a medieval town, is very popular among excursionists. Here are built such significant historical monuments, as the Dukes Castle, the Cathedral of Urbino, the Monastery of Santa Chiara. It is because of the richness of historical monuments that excursions here are so popular.

Important information! Payment is not hourly everywhere! All details must be discussed with the guides.

How to rest in Marche

Despite the large number of attractions, in this region you can not only drive through the cities, looking at the streets and nature. It is also a well-developed beach resort recreation and shopping, many restaurants, lovers of active recreation have the opportunity to visit the local discos. There are fairly cheap (very decent) hotels, and five-star all-inclusive.

Large selection of beaches for family holidays will not leave indifferent fans of swimming or just wanting to lie in the sun. Given the mild warm climate and beautiful pictures of nature, the Marche coast is not inferior to the beaches of other regions of Italy. The most famous of them are considered: Spiaggi di Velluto, Riviera del Conero, Porto Sant’Elpidio beach and others.

Important information! In hotels and while shopping it is necessary to pay in the currency of the country – Euros. 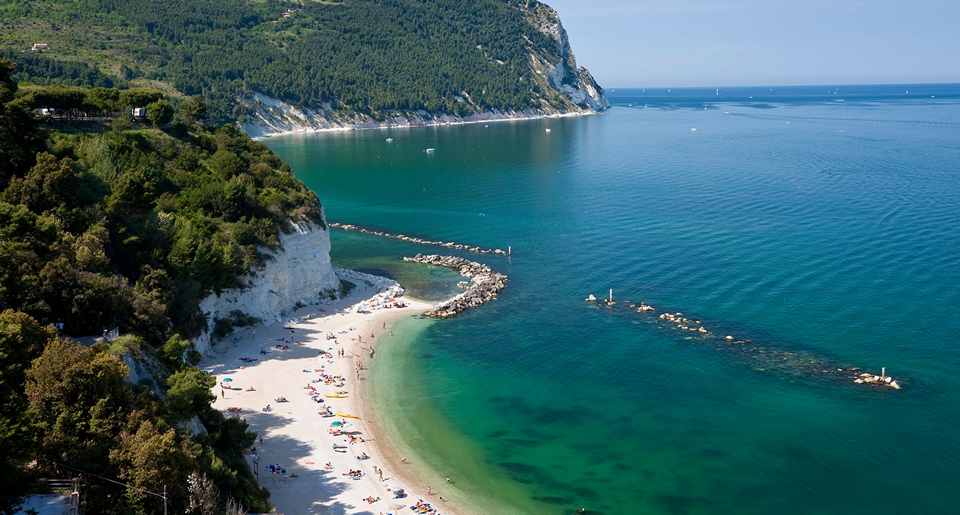 The climate in Italy is fairly moderate. There is usually no point in taking warm clothes with you, especially in summer. Must be a sunscreen, otherwise you can spoil your appearance in just a few hours.

Marche is not the most popular region among tourists, but you can enjoy the place just as much as the most popular resorts. The region’s map is full of interesting places: it’s a great option for those who like to explore cities, consider their architectural curiosities and want to lounge on spacious and clean beaches.

Unexpected Adriatic. Marche region on the map of Italy 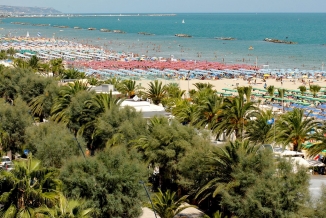 Italy has long faced the following problem: crowds of tourists persistently rush to the same places, “overpriced” in Rome, creating traffic jams in Florence and even gradually trampling Venice.

While in the “boot” is enough and the space, and endless beaches, and such cultural sites that do not need to sign up in advance on the Internet or crush in queues of similar suffering. And all this is almost in the heart of Italy.

One of the areas, geographically in no way related to the Italian “bear corner”, but undeservedly (for its potential) neglected by tourists, can be called a region Marche. It is located in central Italy, with access to the Adriatic Sea. So that you do not have to look directly into Google Maps and imagine its location, I will say that it is bordered by Emilia-Romagna, San Marino, Tuscany, Umbria, Abruzzo and Lazio.

The Marche region consists of five provinces: the capital Ancona, Pesaro, Macerata, Fermo and Ascoli Piceno. All names of Italian regions exist in the singular, and only the Marche is in the plural. Italians say that this expresses its essence – the multiplicity and diversity of cultural, natural, historical and gastronomic attractions.

Traditionally, in the summertime Italy is seen by Russians primarily as a beach destination, based on the coast and short (because of a fairly hot climate) trips to the surrounding area. In the Marche with this component is all right: sand and pebble beaches, 16 of which have blue flags, stretching for 180 kilometers, just on the coast there are 26 towns in the region. 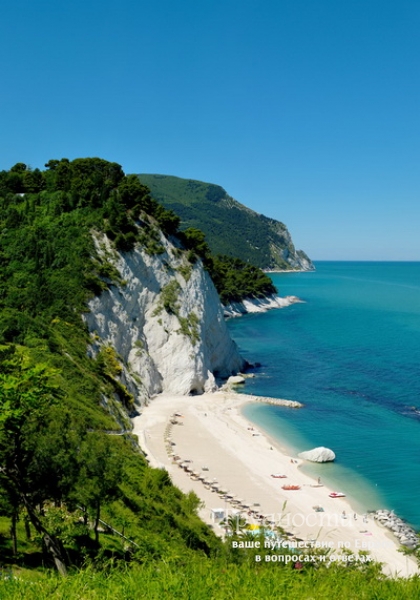 Among the seaside resorts of the Marche, I would highlight San Benedetto del Tronto, located in the southern part of the region, also known as the Riviera of the Palms. Along the sea there is a long neat promenade with palm-lined avenues and other features include wide beaches with fine golden sand, making it a very popular family destination. Importantly, in Marche you can always find free public sections of the beach (in some other regions of Italy, as we know, merchants are greedy and force paid sunbeds all over the possible area). Not indifferent to the local long promenade and runners and cyclists, for which in Europe in general and in Italy in particular, always a green light and the obligatory path in addition. Other seaside resorts in the Marche are Porto Recanati, Porto San Giorgio, Lido di Fermo, Grottammare and Cupra Marittima. 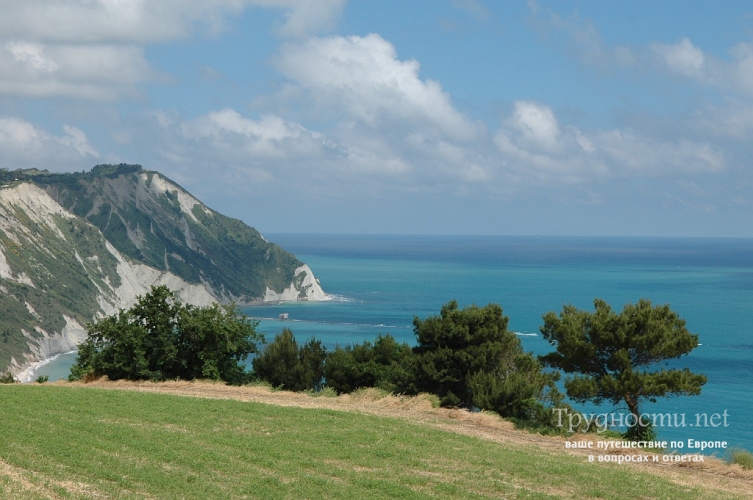 In terms of cultural leisure, and here the Marche is ready to compete with much more famous regions. It is known that Italy is home to the largest number of attractions included in the World Heritage List of UNESCO, namely 49. However, 80% of them are away from the most popular cities and mass tourism routes. The Marche, one could say, carefully preserves the real treasures on its territory. Tourist offices of the region have counted and documented how many objects of cultural and historical heritage: 500 squares, more than 1,000 monuments, 106 castles, 15 fortresses and 170 towers, thousands of ancient churches and temples, 96 abbeys and 73 theaters. The Marche is also characterized by a huge number of museums (about 400), art galleries and libraries, some of which are repositories of ancient unique folios, such as the library of the aristocratic family Leopardi.

The names of many prominent Italians are associated with this land: the composers Gioachino Rossini, Giovan Battista Pergolesi and Gaspare Spontini, the poet Giacomo Leopardi, the great painter Raphael, born in Urbino, and others. 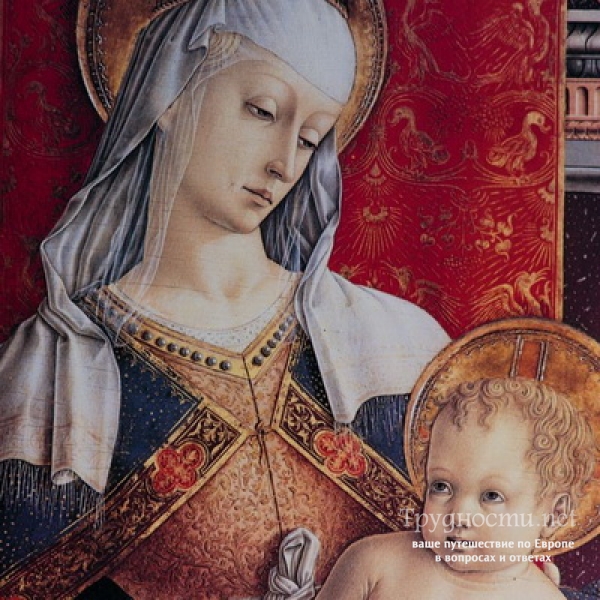 Ancona, capital of the Marche region, got its name from the Greek word apkop (“elbow”), because of its similar shape. The city, which is located on a hill near the Adriatic Sea, is the main seaport of the region (there are a total of 9 ports in the Marche, from which you can go on boat trips or cruises). Ancona is literally “stuffed” with sights, churches, museums and galleries, preserving the evidence of history from Roman times to the present day.

Ascoli Piceno is called the “City of a Hundred Towers”, it is interesting with its Roman heritage, there is an art gallery with works by Carlo Crivelli, Titian, Guido Reni, as well as an interesting modern art gallery and a Roman theater.

The town of Macerata is on a hill, where you can enjoy a great view of the surrounding countryside and from where you can admire the traditional Italian landscape, so many times depicted in the paintings of painters. Macerata is surrounded by fifteenth century bastions, its center is the Piazza della Libertà, several palaces housing the town’s administrative structures, an eighteenth century municipal theater and several ancient churches.

READ
Turkish Van: features of the breed, history and nuances of care

Fermo, too, is characterized by a majestic panorama from the sea to the mountains. On its territory, there remains evidence of the life of ancient people in the Iron Age, as well as large underground caves of the Roman period. Of particular note is the elegant Piazza del Popolo and the entire museum complex, including the Palazzo dei Priori, the Cisterni, the Teatro del Acuila, the Villa Vitale and the Diocesan Museum, which I’ve already mentioned.

Pesaro has gained widespread fame thanks to the annual Rossini Opera Festival. It is worth seeing the Ducal Palace, Piazza della Libertà (with a monument of modern art in the center by sculptor Arnaldo Pomodoro, dated 1998), Rossini’s house.

Urbino, another important city of the Marche, is called the capital of the Renaissance, the birthplace of the famous painter Raphael. The museums of Urbino contain perhaps the largest concentration of paintings by Raphael, Titian, Piero della Francesca, Federico Barocci and others.

The names of Francis of Assisi, a Catholic saint, founder of the medieval Franciscan monastic order, and St. Benedetto di Norcia are also associated with the Marche. The region has a network of itineraries that includes abbeys, monasteries and other Franciscan sites. 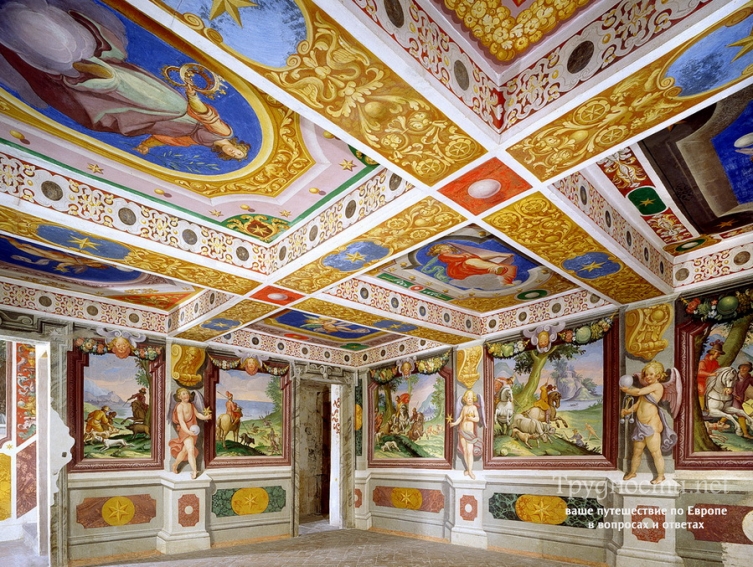 Map of the Marche region 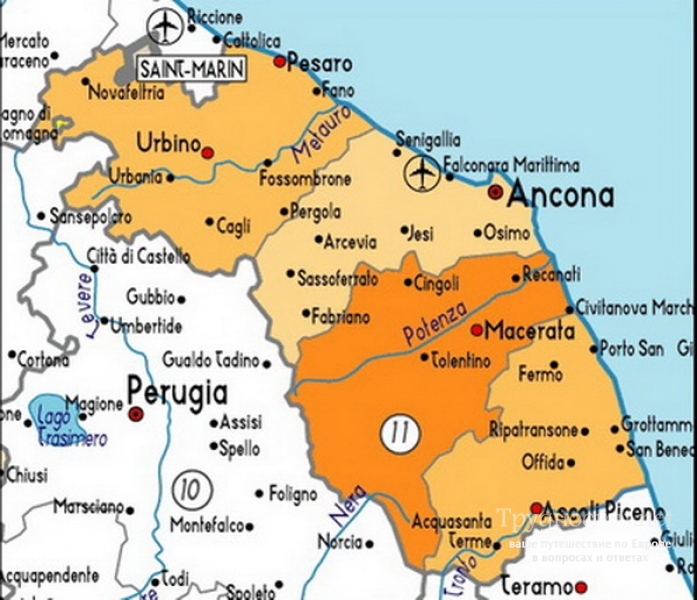 More on this subject:

What to do in the Marche: agritourism, thermae, gastronomy and shopping (famous shoes)