© Adobestock/ kevin_guillois – Bishop’s residence in the town of Albi, located in the department of Tarn in Occitania.

Mont-Saint-Michel in Normandy, the Palace of Versailles, the Papal Palace in Provence, Pont du Gard in Occitania, the city of Lyon, volcanoes in Auvergne and vineyards in Burgundy… France is one of the leading countries for the number of unique natural and cultural sites included in the UNESCO World Heritage List. No less than 45 French sites and monuments are mentioned in the list of “Wonders of the World” of this prestigious institution. Here is a brief overview to encourage you to discover them … all of them!

Mont Saint-Michel and its bay Situated between Normandy and Brittany, Mont Saint-Michel rises in the center of a vast bay with the highest tides in Europe. This “wonder of the West,” which includes a Gothic-style Benedictine abbey and a village within its walls, can be visited throughout the year, with tours departing at 3:30 a.m. from Paris.

Cistercian Abbey of Fontaine The abbey of Fontaine, founded in 1119 in a small picturesque valley in Burgundy, is the oldest surviving Cistercian abbey. Its church, courtyard, refectory, common dormitory, bakery and smithy, without any architectural frills, exemplify the perfect autarchy (self-sufficiency) of the early Cistercian communities.

Basilica and hill in Vézelay In one of the most beautiful villages in France, in Burgundy, on a hill opposite the Morvan mountain range, is the Basilica of Saint Mary Magdalene (Saint-Madeleine), considered a masterpiece of Romanesque art, perfectly restored in the 19th century by the French architect Viollet-le-Duc. This shrine serves as a starting point for pilgrims traveling to Santiago de Compostela.

Rheims Cathedral, the Abbey of Saint-Rémy, and the Palais Tho in Rheims King Clovis I was baptized and most French kings were crowned in Rheims Cathedral. The capital of Champagne is rightly proud of this masterpiece of Gothic art and one of the most famous religious buildings in France. The ancient abbey, which preserves the most beautiful nave of the 11th century, and the Palace of To, which played an important role in the coronation ceremony, will be a worthy conclusion to the visit.

The Abbey of Saint-Savin-sur-Gartamp, near Poitiers in New Aquitaine, is a masterpiece of Romanesque art. It can be called without exaggeration the “Sistine Chapel of the Romanesque era”. The abbey is world famous thanks to its unique frescoes of X-XI centuries, which are perfectly preserved and occupy an area of 420 m².

Bourges Cathedral The Cathedral of Bourges in the Centre – Valley of the Loire region, considered a masterpiece of Gothic art from the Middle Ages, is particularly prized for its stained glass windows, pediment and sculptures.

Chartres Cathedral in the Centre – Loire Valley region is a symbol of French Gothic art that not only amazes with its size but also with the unusual color of its stained glass windows, it is one of the most complete and well-preserved architectural ensembles of the Middle Ages. The cathedral has 172 window openings that are stunning in their splendor.

If you are passionate about historical heritage

Arles and its Roman and Romanesque monuments Arles, a beautiful town in Provence, has impressive monuments from the Roman era. The oldest of them are the arenas and the antique theater, which date back to the 1st century BC. The Thermae of the Emperor Constantine, the Necropolis of Alicamp and the Cathedral of Saint Trophimus, one of the main monuments of Romanesque art in Provence, are also noteworthy and take us back in time.

The Bishop’s residence in the town of Albi It can be recognized from afar by its red-orange bricks and Southern Gothic style. The Cathedral of St. Cecilia with its fortifications overlooking the town of Albi is one of the main attractions in Occitania. The old bishopric city, which was the site of the crusades against the Cathars, also boasts the palace of Berbi and picturesque medieval residential quarters.

Bell towers (“baffrois”) of cities in France Romanesque, Gothic, Renaissance, and Baroque bell towers are typical of the urban landscapes in the north of the country. The 23 Beffrois of the Hauts-de-France region, built between the 11th and 17th centuries, with their magnificent bells are listed as a World Heritage Site.

The Great Saltworks of Saline-les-Bains and the Royal Saltworks of Arc-et-Sénants The Royal Saltworks of Arc-et-Sénants, located in the Burgundy-France-Comté region, is a former royal salt manufactory. This masterpiece was built in the form of a semicircular arch designed by architect Claude-Nicolas Ledoux during the Enlightenment. At 21 km away is the Great Salt Works at Saline-les-Bains, which has been in operation for 1,200 years, another witness to the hard labor of the salt miners through whose hands the “white gold” passed.

Vauban Fortifications Louis XIV’s passion for military architecture played a huge role in the history of fortifications in Europe and throughout the world. During his reign, 12 fortifications, citadels, bastions, and walls were created, as can be seen in the Hauts-de-France, Alsace and Brittany regions, Port Louis, Belle-Ile and Brest.

The ancient theater and its surroundings and the Arc de Triomphe in Orange The ancient theater of Orange, located in the Rhone Valley, in Provence, is one of the best-preserved large Roman theaters. Its 103-meter-long facade wall is impressive. A stone’s throw from the theater is the Roman Arc de Triomphe, a beautiful and interesting architectural monument whose bas-reliefs commemorate the establishment of the “Roman Peace”.

The pilgrims’ route to Santiago de Compostela in France To reach the Spanish city of Santiago de Compostela, a sacred place for medieval pilgrims, thousands of their modern-day followers gather at the starting point in France, getting there by four roads: from Paris, Vézelay in Burgundy, Pouilly in Auvergne and Arles in Provence. This is a wonderful opportunity to admire on the way the most beautiful views of priceless heritage (churches, temples, refuges, bridges, crosses of worship…). 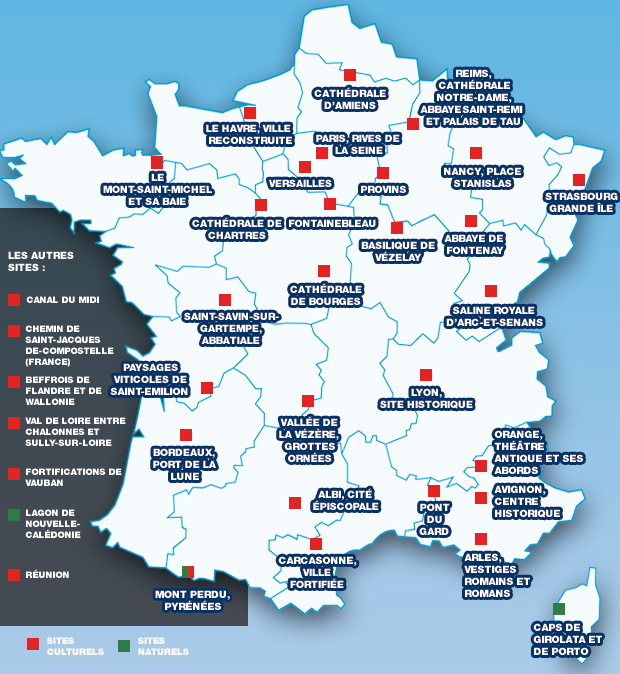 Saint-Savin sur Gartempe Abbey in the Poitou-Charentes Region (1983). The Romanesque church was founded in the mid-11th century and contains many beautiful frescoes of the 11th and 12th centuries, which are still in a remarkable state of preservation. Vézelay is a church and hill in Vézelay (1979), a monument of Romanesque architecture. Vézelay (Vézelay) is a small old town in Burgundy and is part of the Association of the most beautiful villages in France. “Eternal Hill” Vézelay, with its Basilica of Saint-Madlin, was a famous point of departure for pilgrims to Santiago do Compostela in Spain, as well as the main place of pilgrimage to the relics of St. Mary Magdalene.

3. The coal basin in the Nord-Pas de Calais

4. Beffrois of cities in France

The bell towers (“beffrois”) of the cities of France (1999). Along with the Beffrois of Belgium, these bell towers are the heritage of the historic provinces of Flanders and Wallonia. The list includes 23 bell towers, by region: 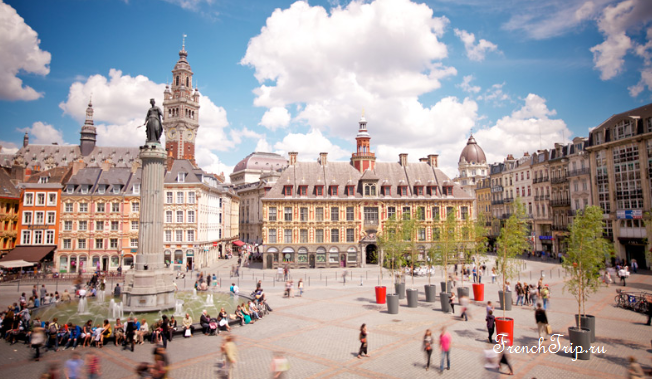 Bordeaux – Port de la Lune in Bordeaux, Aquitaine (2007). Port de la Lune is the well-established name of the bend of the Garonne, on the left bank of which lies the historic center of the city of Bordeaux. The name comes from the resemblance of the bend of the river to the arc of a crescent moon. The Garonne River, the main commercial center of Bordeaux. In the 20th century it was moved downstream. In 2007, this old part of Bordeaux was inscribed on the UNESCO World Heritage List as “a historically inhabited, unique urban and architectural ensemble of the Enlightenment”.

The South Canal (Canal du Midi) in the Occitania region of southern France is 240 km long, connecting the Garonne River with the Étang de Thau near the Mediterranean Sea. Construction of the canal began in 1666 to promote the wheat trade under the leadership of Pierre-Paul Riquet, and construction continued from 1666 to 1681 during the reign of Louis XIV. The Canal du Midi is one of the oldest canals in Europe still in operation. The canal passes through several important cities in the region: Narbonne, Beziers, Carcassonne, Toulouse. It was included on the UNESCO list in 1996.

READ
What to see in Bulgaria 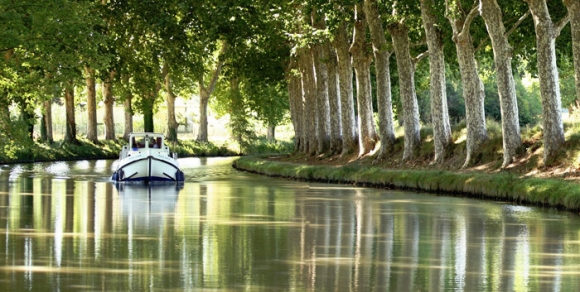 Amiens – Cathedral (1981). Amiens Cathedral is the largest Gothic building in the world. 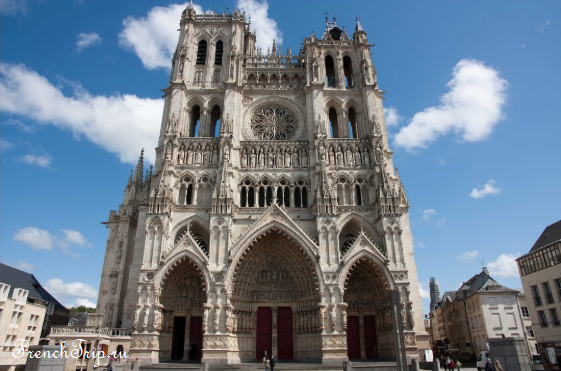 Bourges – Cathedral (1992). It is one of the most elegant and most original examples of French Gothic.