Turin, together with Milan, is an important industrial, economic and cultural center in northern Italy. Including all the suburbs, it has less than 2 million inhabitants. It is located in north-western Italy on the River Po, and is the capital of the Italian region of Piedmont. In 2006, it hosted the XX Winter Olympics. But the city is also known as the city of cars, it is home to the famous Italian car manufacturer Fiat, which is the largest private employer in all of Italy. The coffee producer Lavazza and vermouth producer Martini and Rossi also hail from Turin.

Turin has an international airport named after one of the former presidents, Sandro Pertini. Turin has public transportation, which offers bus and streetcar lines, including the historic 1949 streetcar that runs through the center , the route begins and ends at Piazza Castello station. Turin also has three major train stations, Porta Nuova, Porta Susa and Lingotto FS. 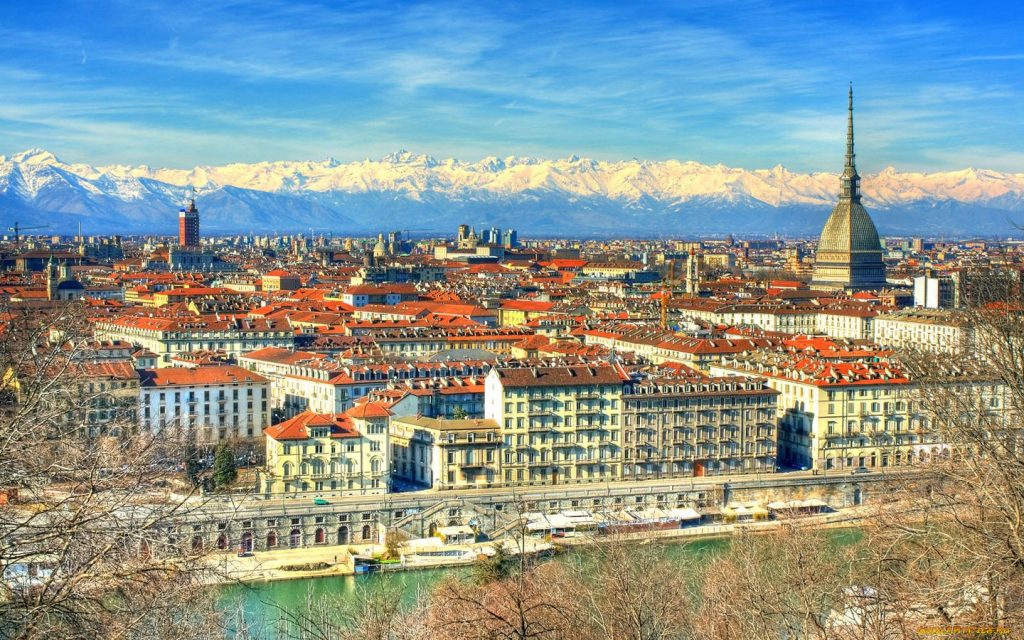 Turin offers a number of important historical and architectural monuments , beautiful arcades, pedestrian zones and charming squares. Because of the Baroque buildings in the historic center of the city, it is also sometimes called the “capital of European Baroque”. At the time of the Unification of Italy in 1861, it was the capital of Italy, later replaced by Florence and finally by Rome.

Piazza Castello is considered the main square of Turin . Here is the Palazzo Reale of the 17th century, which was the residence of the Savoy and later of the Italian kings. The beautiful palace hides the royal arsenal, the beautiful staircase Giuvarr and the excellent royal gardens . Next to the palace is the 15th century Renaissance cathedral. Palazzo Madama is in the same square, which was originally a castle in the 13th century, in the 18th century it was rebuilt in Baroque style. The piazza is really charming and in addition to the listed buildings it is decorated with several fountains. Next to the square stretches the shopping street Via Roma. 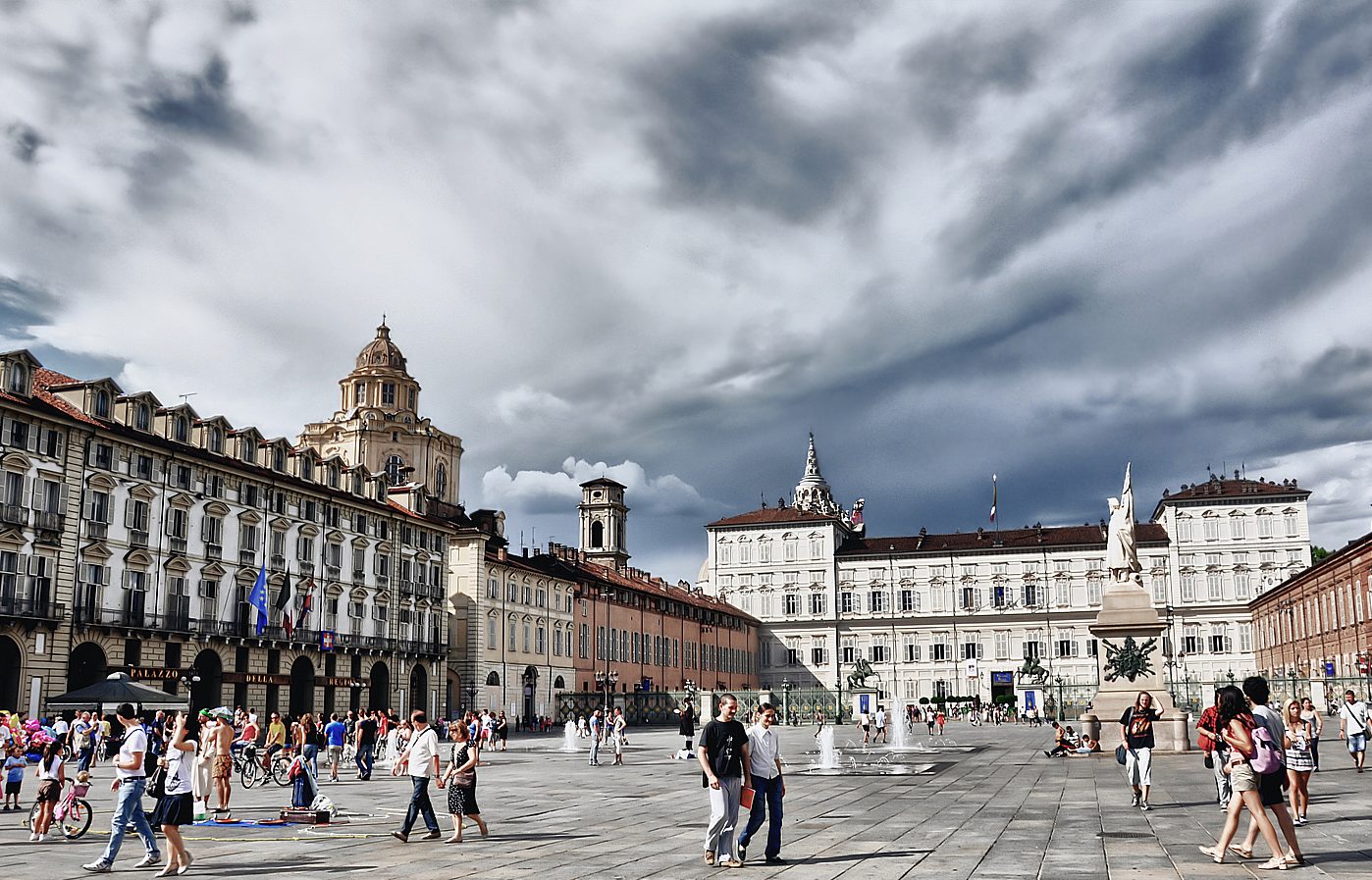 Also worth mentioning is one of the most important museums in the world, which displays Egyptian artifacts. The Egyptian Museum in Turin, now contains one of the most important collections of Egyptian art, along with museums in Cairo and London. After Cairo it has the second largest collection of Egyptian artifacts . You can see the mummies and the statue of Ramses II. Next door is the baroque building Sabaouda Gallery with works by Italian and Dutch artists.

One of the most important Baroque buildings in the city is the 17th century Palazzo Carignano which was the seat of Italian Parliament and in 1861 the Kingdom of Italy was proclaimed there. 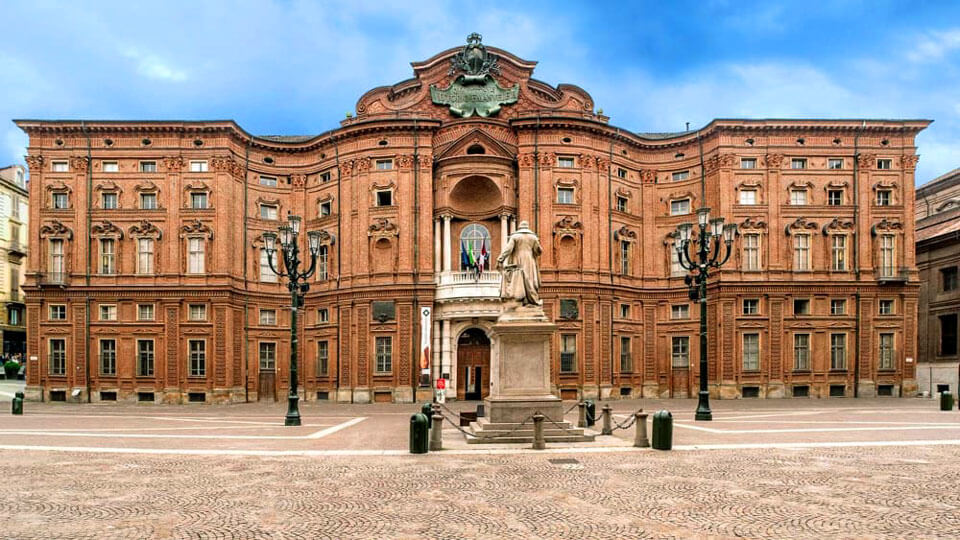 Other monuments in the city include the 19th-century Basilica Maria Ausileatrice, which houses the remains of two Italian saints and the Cathedral of San Giovanni Battista, a 15th-century Renaissance church dedicated to John the Baptist, patron of the city. Inside the church there are the gravestones of the nobility of Savoy and since the 16th century there has been a relic of a famous Christian relic, the so-called canvas of Turin.

Sindon, a cloth in Italian, is the piece of cloth in which, according to legend, Jesus Christ was wrapped after being taken down from the cross. The authenticity of the substance has been disputed for decades. Whether the piece of cloth is real or fake, the truth is that the original canvas is hidden in the Holy Shroud Museum. It can be seen in the various exhibitions of the Cathedral of Turin . The original is usually given out once every 25 years to avoid deterioration. Another church in Turin, the nineteenth-century Gran Madre di Dio, resembles the Greek Pantheon, and the crypt is dedicated to the victims of World War I . 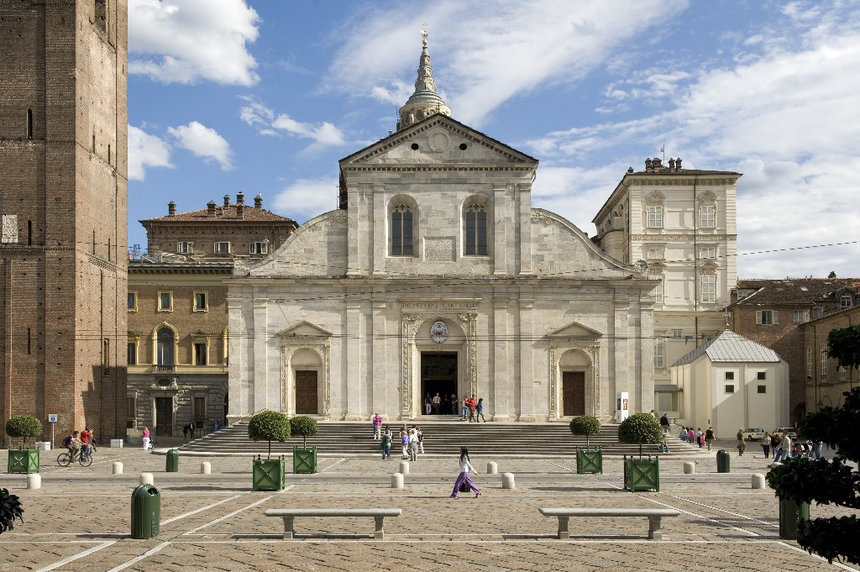 The dominant feature of the city, visible from almost anywhere in the city, is the 167-meter-high Mole Antonelliana Tower, which is the tallest brick building in the world. Originally intended to be used as a synagogue, today it houses a museum of film history with, for example, costumes from films. The tower has a beautiful view, in good weather you can see all the peaks of the Alps. 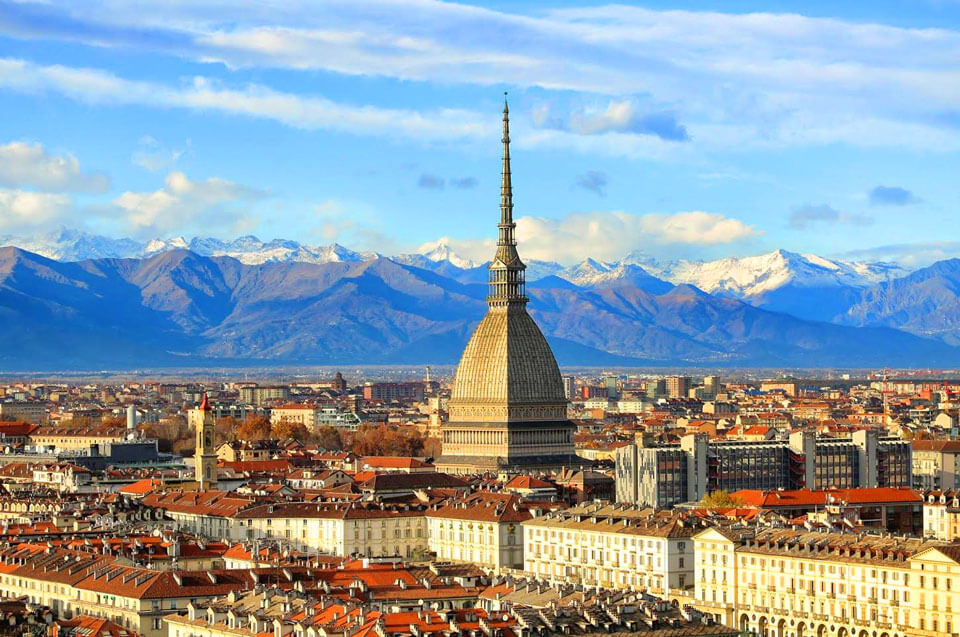 On the banks of the River Po is the beautiful city park of Valentino, which includes the beautiful 17th-century Castello del Valentino, a botanical garden and a replica of the medieval town of Borgo Medioevale. One of the most beautiful squares in Italy, Piazza San Carlo, founded in 1640. There are two churches, arcades and an equestrian statue of Duke Emanuele Filibert. The Porta Palatina, a Roman city gate from the turn of the 6th and 7th centuries, has two bronze statues of Caesar and Augustus in front of it. 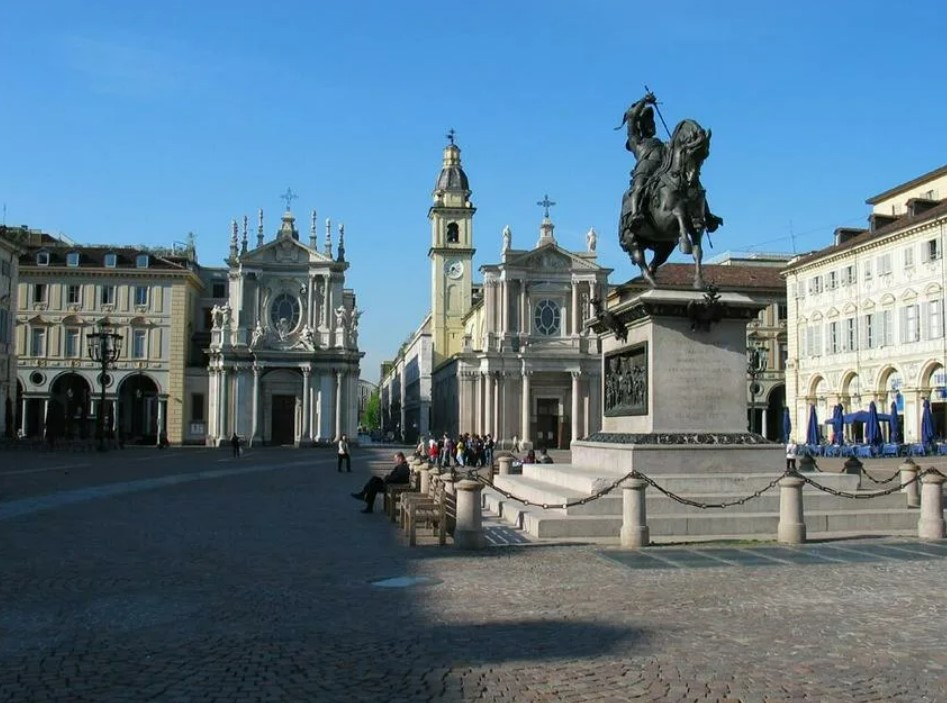 Fiat is based at the factory in the Lingotto district of Turin, which is normally closed to the public. They have been making cars there since 1899. Fiat is owned by the rich Italian Agnelli family. Fans of technology should go to the car museum of Turin, the Car Museum, where you can admire 160 cars. 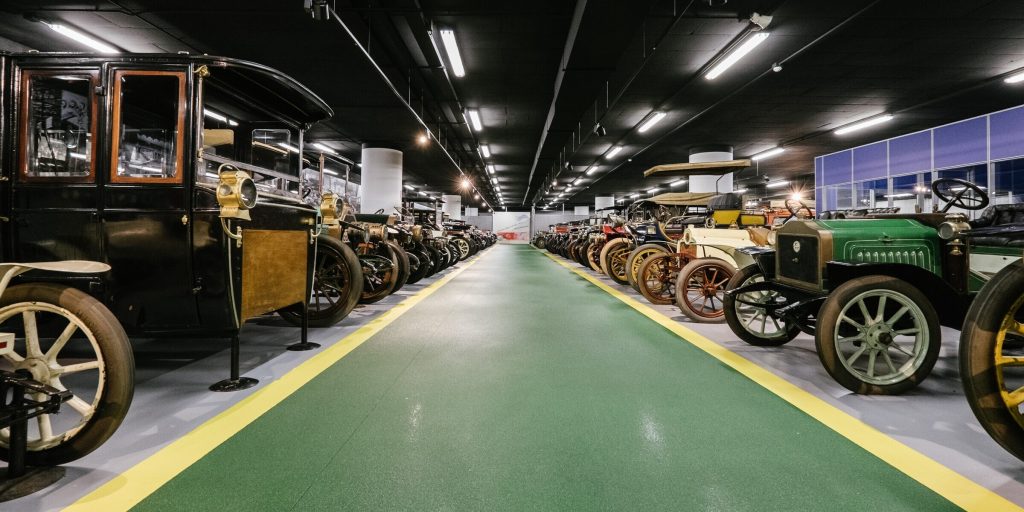