Visa and travel to the islands of Trinidad and Tobago

The legendary Caribbean Sea is a concentration of a huge number of attractive resorts. Some of them are Trinidad and Tobago, two fabulous islands of volcanic origin. Most Russians tend to go there to relax and see the unique attractions. Given the fact that the tour is designed for only seven to ten days, the citizens of Russia and Belarus do not need a visa to Trinidad and Tobago. Without it, you can stay on the islands for two weeks. But the citizens of Ukraine in 2022 need to obtain visas to rest on these islands. 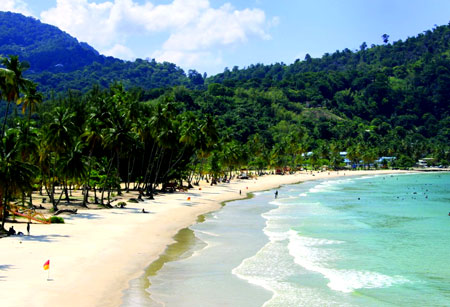 Beach in islands of Trinidad and Tobago

The Republic of Trinidad and Tobago is quite easy to locate on the world map. Thus, the world map clearly shows that these islands are located in the heart of the Caribbean.

Of particular interest is the island of Trinidad, which on the world map is represented as an “appendix” detached from South America. To a person with a vivid imagination, the two main straits on the world map may seem like the mouth of some oceanic monster about to slam shut. The capital of Trinidad and Tobago is Port of Spain. Located in the northwest, it is the country’s largest political and historical center.

Trinidad and Tobago, like the rest of the Caribbean, is more focused on welcoming tourists from all over the world. 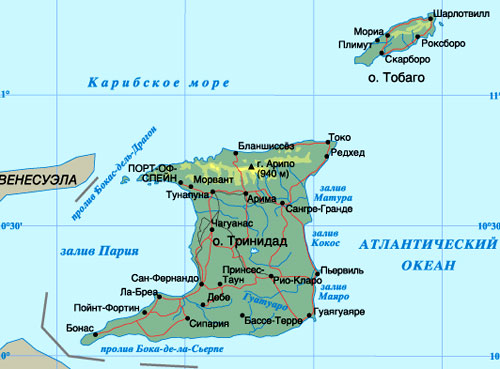 Detailed map of island state of Trinidad and Tobago

The real highlight of the resort is ecotourism, which has been gaining enormous popularity lately. The country boasts an amazing variety of fauna and flora. So, here you can see:

READ
9 things to do in Biarritz, France

It is best to visit the country in February – March, as the winter-spring off-season can please tourists not only with a favorable climate, but also with a variety of events, not the least of which is the colorful carnival.

However, if a person planning a trip to Trinidad and Tobago prefers a quiet holiday, the trip should be planned for the summer – autumn period.

How to have fun

This amazing country, which gratefully opens its arms to tourists from anywhere in the world, is equally attractive for lovers of meditative recreation, and for fans of extreme adventures. 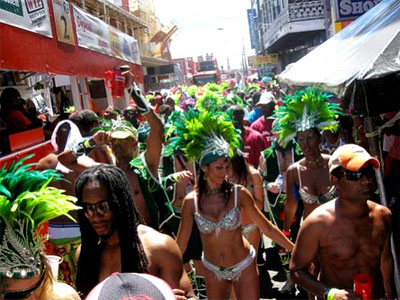 Carnival in Trinidad and Tobago

So, the island of Trinidad and Tobago can offer:

If you want, you can take an interesting trip on a sailing boat. Tennis courts and golf clubs are at the disposal of lovers of less extreme entertainment. The island of Tobago can delight tourists with the so called “goat races”, which are organized during Easter week.

Trinidad and Tobago is a fairly hospitable country. And the prices here almost never “bite”. For example, entertainment prices are pleasantly different from the cost of holidays in Turkey and Thailand. Room rates in hotels and hotels are also quite affordable.

It is useful for shopping lovers to know that stores in this country open at eight in the morning and work until four in the afternoon. On Saturdays, the opening hours are shortened and stores close at one o’clock in the afternoon.

Some shops open an hour later, but are open until 9 p.m. It is important to remember that if you arrive in Trinidad and Tobago during the Jazz Carnival or other national celebrations, you will not have much fun shopping.

The question of currency

Like any other country, this state offers foreign visitors to exchange currency in banks or official “exchangers”. Currency can be exchanged both at the airport and in large centers intended for tourists. Trinidad and Tobago accepts American dollars almost everywhere.

True, the exchange rate will be somewhat undervalued. The Trinidad and Tobago national dollar consists of one hundred centers. Both banknotes and coins are used. 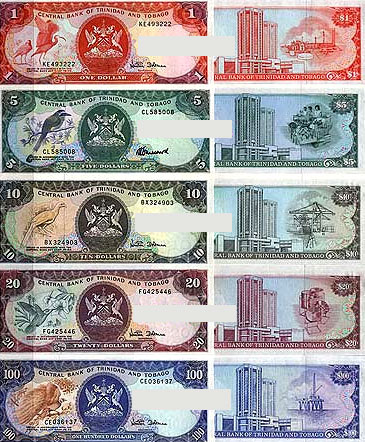 Credit cards are widely accepted. This is true for all major stores, hotels and restaurants. Tipping is five to ten percent of the total amount listed on the bill.

If a foreigner wishes to obtain citizenship of Trinidad and Tobago, it is possible only if:

In some cases, foreigners obtain citizenship by naturalization. Also, a foreigner can “get a foothold” in Trinidad and Tobago by taking up permanent residence there. To do this, he must first obtain a residence permit. 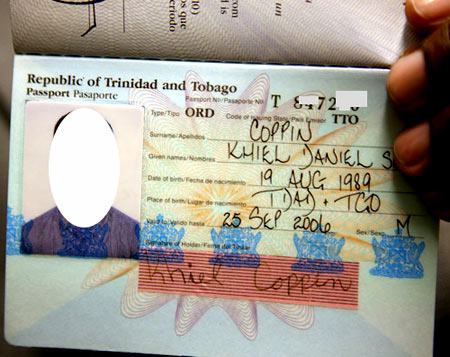 Example of a Trinidad and Tobago passport

In order to become a Trinidad and Tobago citizen, the applicant must consider that:

It is important to remember that the interview or conversation is not an interrogation. The interview is conducted in a polite and courteous manner. During the interview, the immigration officer determines whether the applicant has the opportunity to become a citizen of the republic. One of the key steps in obtaining citizenship is to take the oath of allegiance to the republic.

Many people wonder whether there is an embassy of Trinidad and Tobago on the territory of Russia. 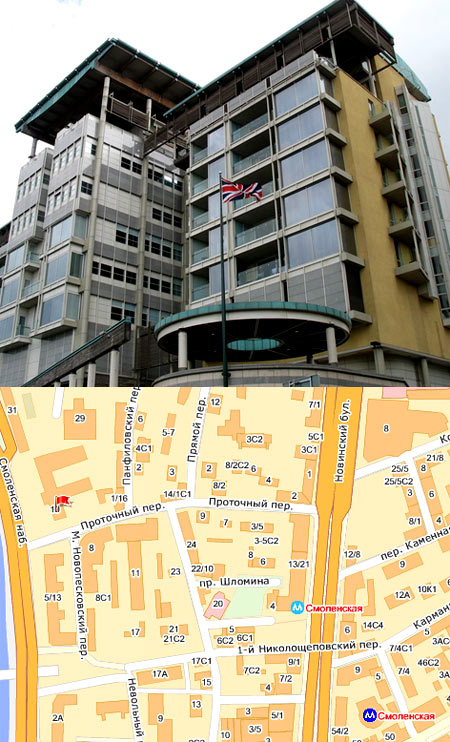 Location map and appearance of the British Embassy in Moscow

The specifics of the state is such that there is no Trinidad and Tobago embassy in Russia. The interests of the republic are represented by the British Embassy. To obtain citizenship, the applicant must submit the following documents to the consular department:

In general, the procedure takes from 4 months to six months. All certificates must be translated into English.

Trinidad and Tobago is a friendly and hospitable country. But still remember the rules of safety while you are here. For example, it is better not to carry large sums of money. It is appropriate to replace them with traveler’s checks.

Also you should not go out, especially late at night, in expensive jewelry. A young lady who arrived in the country unaccompanied by a man, should be prepared for increased attention on the part of the opposite sex.