The Aran Islands: The secret place at the edge of Ireland you’ve never heard of

Ireland is traditionally associated with ancient castles, St. Patrick’s Day, pubs and beers. But on the map of this country, there are some amazing places that few people have heard of. One of them is the Archipelago of the Aran Islands, which is located off the west coast of Ireland, surrounded by the bustling waters of the Atlantic Ocean. This is a peculiar natural fort that for centuries has been protecting Galway Bay and coastal cities from uninvited guests.

Due to its isolation from the rest of Ireland, the Aran Islands have perfectly preserved national customs and culture, and traditions are carefully passed down from generation to generation. Farming and fishing are the main occupations of the locals. Farming here hasn’t changed much since ancient times, so sometimes it feels as if time has stood still.

The stony landscape, underscored perfectly by the vast waters of the Atlantic, makes for an unforgettable experience and the cold ruggedness of the cliffs makes it even more awesome!

Inishmore Island, which is an elongated limestone plateau, has a large concentration of antiquities. Massive stone buildings built without mortar (and some even right into the rocks!) create a feeling of unreality. Here you can see the church of Timpoll Chiarain, which was built back in the XII century. One of the main attractions of Inishmore Island is the prehistoric settlement of Dun Engus, which is a massive fort made of gray stone blocks with a fortress inside. There’s also the world’s smallest church, St. Brendan’s Church.

READ
Bologna, Italy: the main attractions of the city

Inishire Island is the smallest but no less interesting island of the Aran Archipelago. Here you can see the O’Brien Castle, built in the 15th century, inside an ancient circular fort. Local attractions also include the mound of Knock Raintie, St. Kevin’s Church, the ruins of the Church of the Seven Daughters and the Church of St. Gobnaith.

If you want to take a souvenir from the islands, be sure to buy a local sheep wool sweater. The archipelago has been famous for this splendid product for centuries. 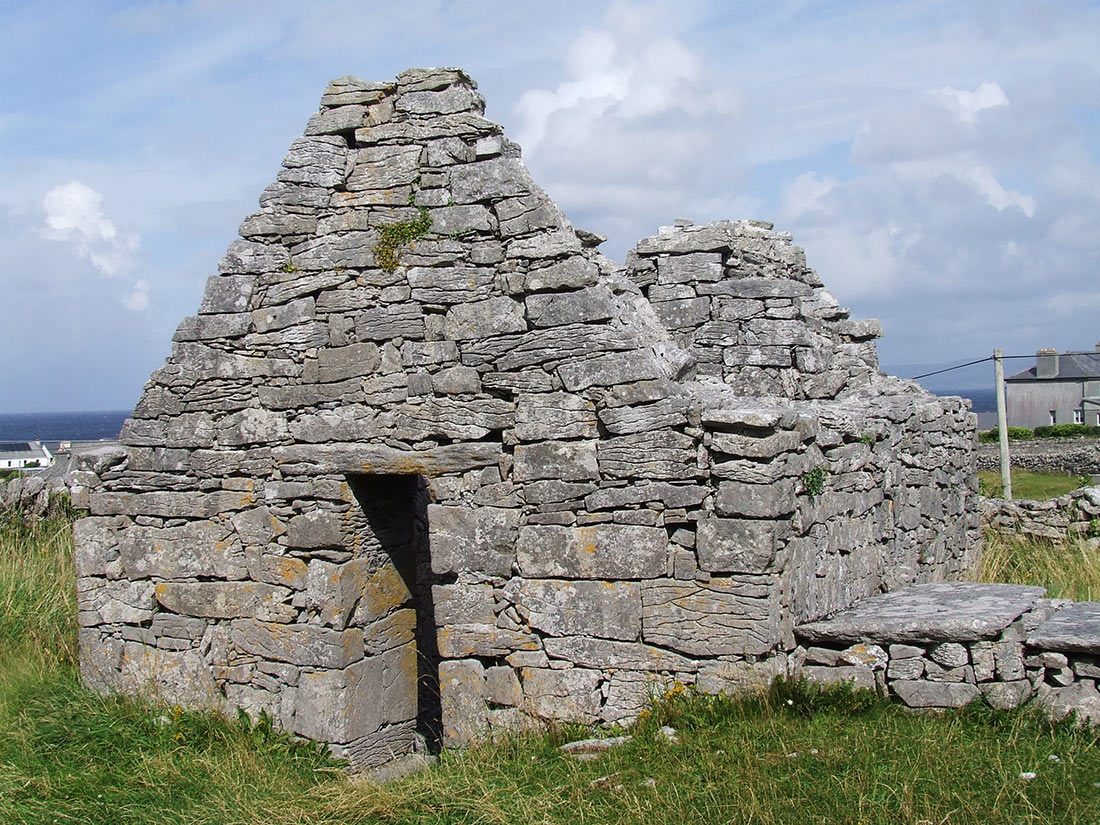 The Aran Islands are timeless. Sometimes they seem to have stepped out of the pages of Celtic fairy tales. And for good reason, the local enchanting landscapes are considered some of the most beautiful in the world. If you appreciate unusual routes and unforgettable experience – you should visit this wonderful “edge of the Earth”!

The Aran Islands are a tiny archipelago located on the border of Galway Bay and the Atlantic Ocean, near the western tip of Ireland. The Aran Islands are part of County Galway in the province of Connacht. These places are famous for their ancient stone structures and steep cliffs, as if descended from the pages of Celtic fairy tales. The archipelago includes 3 islands with a total area of only 51 km². The largest is Inishmore (13 km long and 3 km wide), the smaller ones are Inishman and Inishir.

Attractions of the Aran Islands

The magnificent landscapes of the archipelago are rightfully considered some of the most beautiful in the world. The base of the Aran Islands is a rocky limestone ridge. As it erodes, this rock forms fairly flat slabs, which, combined with sea waves and sparse vegetation, form a fascinating relief.

On the Aran Islands, there are many constructions of so-called dry masonry. The hedges between plots, forts and pagan sanctuaries are built of stones that have been held together for hundreds and sometimes thousands of years by the sheer force of their weight alone. On Inishmore, you can see several ancient structures built around the 2nd century BC.

The most popular among tourists is Angus Fort. It comes right up to the edge of a hundred-meter steep cliff, so you can get mesmerizing views of the sea. Presumably, this architectural complex was used for Druidic rites. The restored fort has walls up to 4 m thick and up to 6 m high. Inside the concentric labyrinth, there are stairs and rooms that can be navigated on their own.

In the interior of the island there are two other forts, Dun Eoghanachta and Dun Eochla, but they are less popular. On Inishmore, in the town of Killeani, there is the world’s smallest church, St. Brendan’s Church. On the same island, you can also see an ancient stone hut built in the shape of a beehive. It is round on the outside and square on the inside.

On Inishire, the main attraction is O’Brien’s Castle, built in the 14th century. Also from the Aran Islands you can make a trip to the Cliffs of Moher, famous for its diverse wildlife. There are viewing platforms and a museum of the Atlantic Ocean.

Local wool sweaters are considered a major cultural treasure. They were once known far beyond Ireland – it’s not for nothing that needlewomen around the world refer to knitted braids as arans. They are classic monochrome pieces richly embellished with embossed patterns. In the past, sweaters were created only by hand, but most products in today’s shops are made with machine knitting. The changed production method has not changed the traditional patterns, exceptional durability and softness of wool garments.

READ
A Genoese villa that you can't part with. Italy: Genoa

Originally women knitted sweaters for their sailor husbands. Each family had its own patterns for decorating the items. It is believed that the peculiarities of decoration helped in the identification of drowned fishermen. You can buy a warm sweater at one of the archipelago’s shops, and learn about the history of Aran knitting at the Aran Sweater Market & Museum in Kilronan.

How to see the Aran Islands

Given the small size of the archipelago, it’s possible to take a hike. On Inishmore, it’s easy to rent a bike for 10 euros a day, but you can’t bring a car on the ferry. Minibus tours are popular among those who like comfort, which are especially relevant when the weather is not spoiling the sunny warmth.

From April to October, a ferry runs between the Aran Islands, so getting from Inishmore to Inishman or Inishire is easy. The rest of the time, you’ll have to return to Rossville to get to other parts of the archipelago. Locals sometimes use the kurrah, a traditional paddle boat with a wooden frame wrapped in an animal hide, to get around.

You’ll only find a hotel on Inishmore, so a visit to the rest of the Aran Islands shouldn’t be delayed, or you’ll have to bring a tent. It often rains in the humid temperate maritime climate, so it is advisable to bring a raincoat. When choosing clothing you should consider the average temperatures of summer and winter months: +7°C in January, +16°C in July.

Currency exchange is available on all islands, but only on Inishmore there is an ATM (located in the supermarket). Among the locals communicate with each other in Gaelic, but no problem to keep a conversation with a tourist in English. The people here are quite friendly: you will certainly tell the way, with interest ask about the journey, with pleasure to tell about life on the island.

READ
What to see in Seville

The most budget option on Inishmore will be shopping in the supermarket Spar. Most of the cafes and restaurants on the island are in the town of Kilronan. O’Malley’s at Bayview and Tigh Nan Phaidi are considered the best. The best places to eat in Inishmann are the cafes at the hotels. Teach an Tae Tea House and Fisherman’s Cottage Cafe, a home-cooked restaurant, are popular on Inishire.

When planning your trip, you can visit the official website of the Aran Islands.

One of the easiest options to get to Inishmore is the ferry, which leaves from the port of the village of Rossaville. There are also boat connections between the archipelago and Doolin. Local travel companies organize cruises to the Aran Islands and Moher Cliffs.

Another popular option is by plane. Flights depart from Connemara’s Invaran Airport. Planes arrive at each of the Aran Islands five times a day. The journey takes only 7 minutes. The ticket costs about 50 euros, but traveling as a family or company, you can request a better group rate. The planes are small, to the point that the tourist can be assigned a seat next to the pilot, making the flight an extra mini-adventure.