Traveling in Denmark. The City of Vejle

One of the most beautiful and developed cities in the Kingdom of Denmark is the city of Vejle, located on the eastern side of the Jutland Peninsula, on the shore of the Vejlefjord . The strait was named after the junction of the two rivers, the Vejle and the Grace, which flow into the strait. The first mention of the name of the city in Danish history in the XIII century, and in the XIV century the city of Vejle received official status as a city and gained its trading privileges. Until the 17th century, it maintained friendly relations with the Hanseatic League and was engaged in the supply of goods to Lübeck.

In those days, the most important trade routes crossed here, well-known trading houses opened their branches. But in XVII-XVIII centuries, the city was caught up by the plague epidemic and the recurring fires, as a result of which the economy of the city was destroyed to the ground. In XIX century, were rebuilt port and then the railway station, and the city of Vejle began to recover and develop. 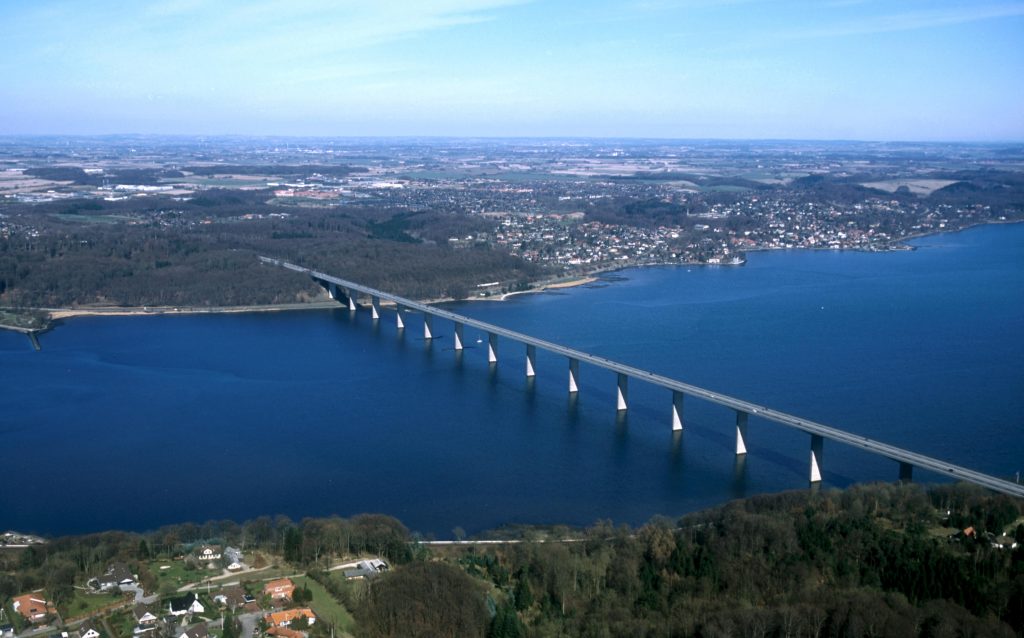 Journey to Denmark. The City of Vejle

Today Vejle is one of the major ports of the Royal State, and the main transit link with the island of Jutland . The city has various enterprises and industries, due to the fact that the most developed woolen spinning industry, it is called the “Danish Manchester” in Europe. In the XX century in 1975 over the fjord was built a large suspension bridge, which can be seen when approaching the city from the train window.

The bridge has relieved the strain on the main traffic exits, and Vejle has become a bustling modern city that is visited by many tourists every year. The center of the city is not difficult to walk around in just one hour, and there is a train station nearby, opposite it stands the city theater. The main attraction is the church of St. Nicholas, the patron saint of sailors, in front of it there is a monument to the unknown hero, and an unusually beautiful fountain in the form of a cone. 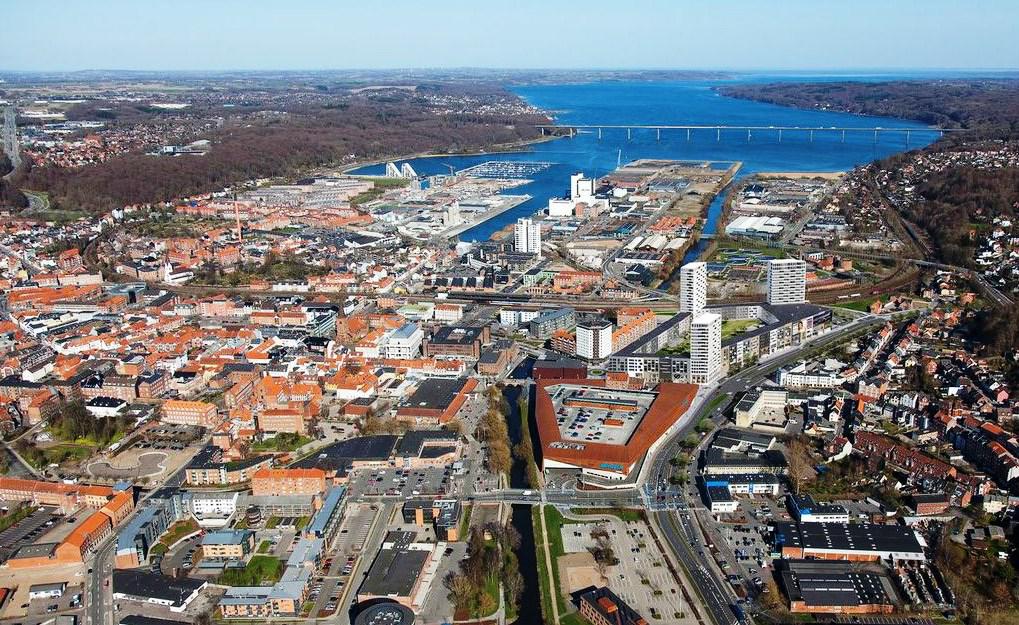 Traveling in Denmark. The City of Vejle

This church, built in Gothic style in XIII century, is unique because it contains the remains of a woman who lived as early as 450 BC. The mummy of a woman was discovered near Vejle in 1835. The interesting thing is that this woman was thought to be a Viking queen, so they put her remains in a golden sarcophagus. But later it turned out that this mummy was older than the Viking civilization by as much as a thousand years.And these are not the only human remains kept in this holy place, in the northern side of the temple, the heads of 23 robbers are pressed into the wall.

About three hundred years ago they were caught and executed not far from St. Nicholas Church. In the passage of the church you can still see the marks where exactly the heads of these robbers were laid. In 20 meters from the church there is a shopping and pedestrian street along which you can walk to the symbol of the city of Vejle – a windmill, or admire it from afar. Not far from the windmill is the Town Hall, built in 1878 on the site of a Dominican monastery, and researchers suggest that it was built of the same brick. 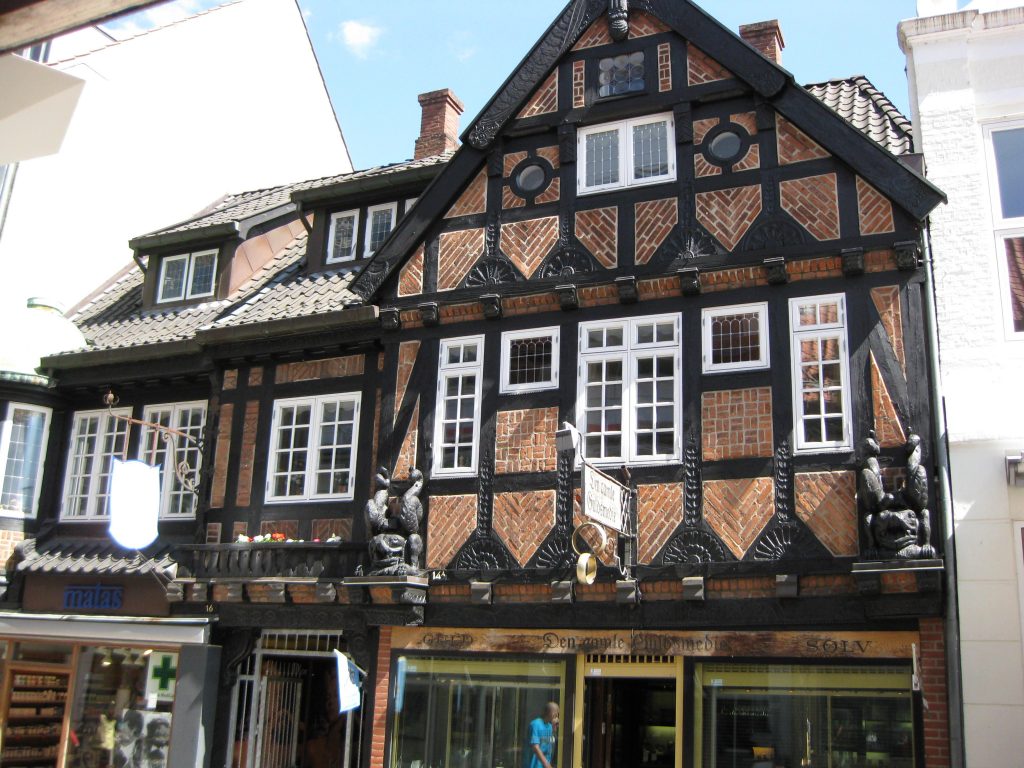 Journey to Denmark. The City of Vejle

In the town hall there is a bell, which sometimes rings loudly. In front of the Town Hall there are many granite statues, as well as throughout the city some strange-looking statues depicting neither animal nor human, they do not carry any deeper meaning. The streets of the city have a few old buildings, one of which is a remarkable merchant’s house of the XVIII century. On the way you can see not only private houses, but also stores, cafes and restaurants. Visiting these institutions, you can spend your time with pleasure and benefit.

For tourists developed excursion programs that can take your imagination into an interesting historical era of the formation of the city. Clean and well-maintained streets, quiet atmosphere will create a pleasant impression.