What to see in Cuba

One of the main tourist centers of the country is Havana, the capital of the “Liberty Island”. In this city colonial architecture of the Spanish domination is combined with modern skyscrapers of concrete and glass. The center of old Havana, with its narrow streets is very picturesque, and just a list of attractions will take a decent amount of time: there are more than 900! Just look at the most important: El Templete, a small neoclassic chapel built on the very spot where the city is supposed to have been founded. The city’s squares: the Armory (Plaza de Armas), the Cathedral (Plaza de la Catedral) and the Old (Plaza Vieja), surrounded by splendid old buildings and structures that were once part of the walled city. The José Martí Memorial in José Martí’s Revolutionary Plaza, inaugurated in 1996, houses various relics, original objects, documents and engravings related to the life and work of this “apostle of the Cuban Revolution”. At the top of the obelisk there is the highest observation deck in the capital. Travelling through the province of Havana will be interesting first of all to fans of ecological and adventure tourism: there are many quiet secluded beaches. The Escaleras de Jaruco area has many caves and steep cliffs, you can visit the Museum of Humor in San Antonio de los Baños, and in the coastal village of Santa Cruz del Norte the famous Havana Club rum is produced: you can look at the production and personally test the quality of production. Pinar del Rio in the west is famous for its beautiful nature and vast tobacco plantations. Local “must see” places include the provincial capital of the same name, the Viñales Valley National Park, and Soroa. Isle of Juventud is the second largest in the Cuban archipelago. The most interesting places are Los Indios-San Felipe nature reserve with unique flora and fauna, the prison of Presidio Modelo, a copy of the U.S. prison Joliet in Illinois (Fidel Castro once sat in it), the national marine park of Punta Frances, the international diving center El Coloni, the islands of Cayo Largo del Sur, Cayo Rosario, Cayo Cantiles and Cayo Iguana (excellent diving and fishing). In Matanzas province it is worth visiting the city of the same name, the Bellamar caves with cave paintings, fossils and traces of people who lived here 1600 years ago, as well as the spectacular ruins of Triumvirato and the Zapata Peninsula. Santa Clara, the main city of the province of Villa Clara is called the “City of Ernesto Che Guevara”. It is there that the Memorial of the famous revolutionary is located and his remains are preserved. Entertainment There are a lot of discos on the coast, the most popular among tourists are in the Bellamar Hotel (Varadero), the Tuxran Hotel (entrance – 10 USD, beginning at 22:30), and the Hotel Riu de las Morlas (free admission).

The main advantages of “Cuba diving” are the excellent preservation of the ecosystem, favorable climatic conditions, high level of development of the diving industry, availability of dive sites of all levels of complexity. The underwater world of the island – amazing coral gardens, caves, curved channels and tunnels, colored meadows covered with sea sponges of various shapes. The coral reefs are home to many marine animals: mollusks, crustaceans, about 500 species of tropical fish. In addition, there are many “racks” (the remains of shipwrecks). Dive points (and there are about 500) are often located in protected natural areas. In the coastal waters of the island there are no strong currents, the visibility under water reaches 30-40 m, the depth of diving – up to 40 meters, and water temperature ranges from +24 ° C to +28 ° C throughout the year.

How to eat well in Cuba

Creole cuisine is widespread on the island, the main ingredients of which are pork and chicken cooked in different ways. The national drinks are Cuban rum and numerous cocktails based on it: mojito, Cuba libre, daiquiri and many others. Restaurants and cafes are usually found only at the resorts and in large cities – Havana and Santiago de Cuba. In the rest of the population centers, eating places are represented mainly by snack bars, whose visitors have a difficult choice between sandwiches and hot dogs.

Since ancient times there has been a small fishing village at the site of today’s Santa Cruz del Norte. Over time, fishermen built a city, the date of the founding of the city is believed to be 1800. In addition to the developed fishing industry, oil deposits were discovered not far from the city.

The influx of workers in the oil industry led to the development of the city and an increase in the population. Today, more than 32 thousand Cubans live in this city.

It is in the eastern part of Havana province. Havana and Matanzas are the neighboring cities. In 1931, the spa town was incorporated as a municipality. The main income of the municipality comes from fishing, oil extraction, tourism and rum production. 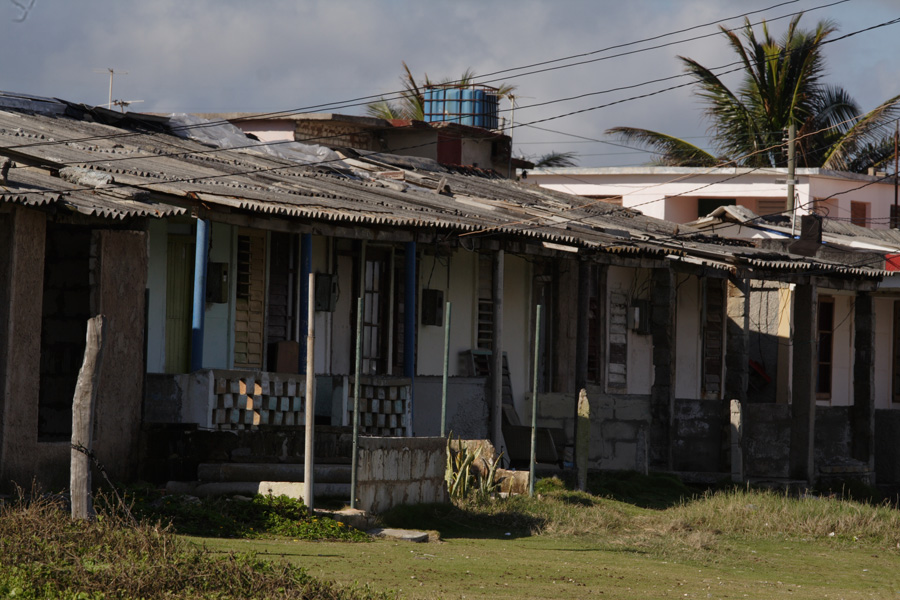 The cozy town is an attractive destination for lovers of a relaxing vacation by the sea. Strolling through the ancient quarters of this city, you can get a closer look at the daily life of Cubans. The islanders are always friendly and affable, eager to engage in conversation and treat the local delicacies.

The coast of the Caribbean Sea attracts tourists from all over the world with its turquoise water and wide spacious beaches, studded with white sand. Along the waterfront grow exotic palm trees, a special variety of sea grapes. There are ruins of ancient buildings in the city. 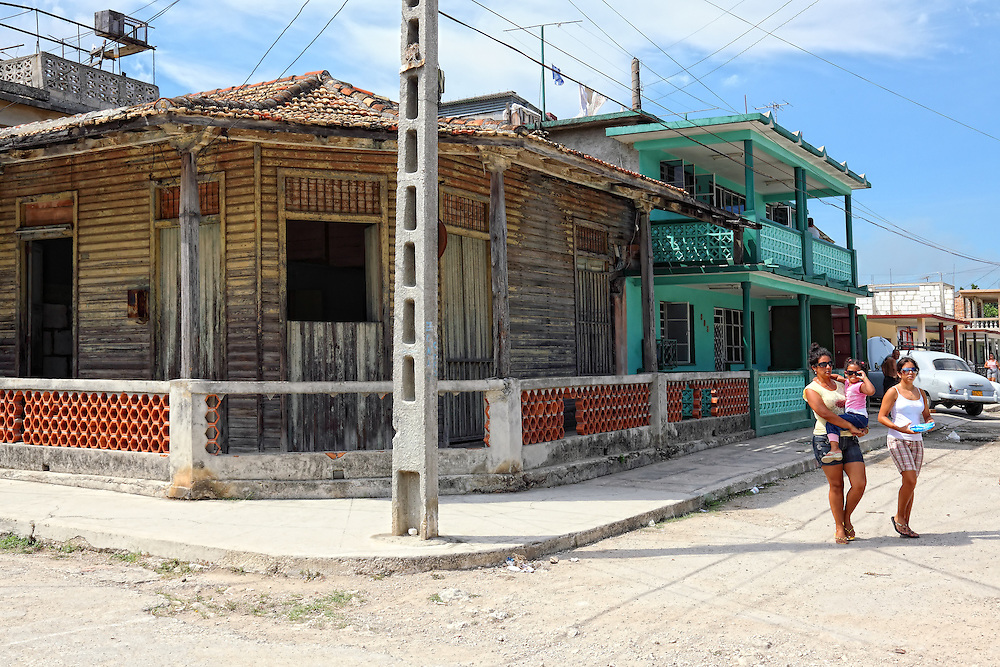 There is a well-developed network of hotels on the coast. The tourists are attracted here by its coziness and comfortable atmosphere, and on top of that the close proximity to Havana – you can go there on excursions. There is also one place that is especially popular among tourists. I am talking about the famous all over the planet rum distillery “Havana Club”.

Rare species of sugar cane has been growing in Cuba since ancient times. That’s on its basis and produce the most popular drink in Cuba – rum. The factory for the production of Cuban rum “Havana Club” was opened in autumn 1919. Rum is produced according to a special ancient recipe, its storage rules are observed – the vessels with rum are buried in the ground.

Ron Superior rum is considered the signature brand. This type of rum was developed specially for serving to the royal table in Spain. The taste of this rum is characterized by a soft light flavor with notes of invigorating mood. “Ron Superior” is consumed alone or as an additional component in different cocktails. 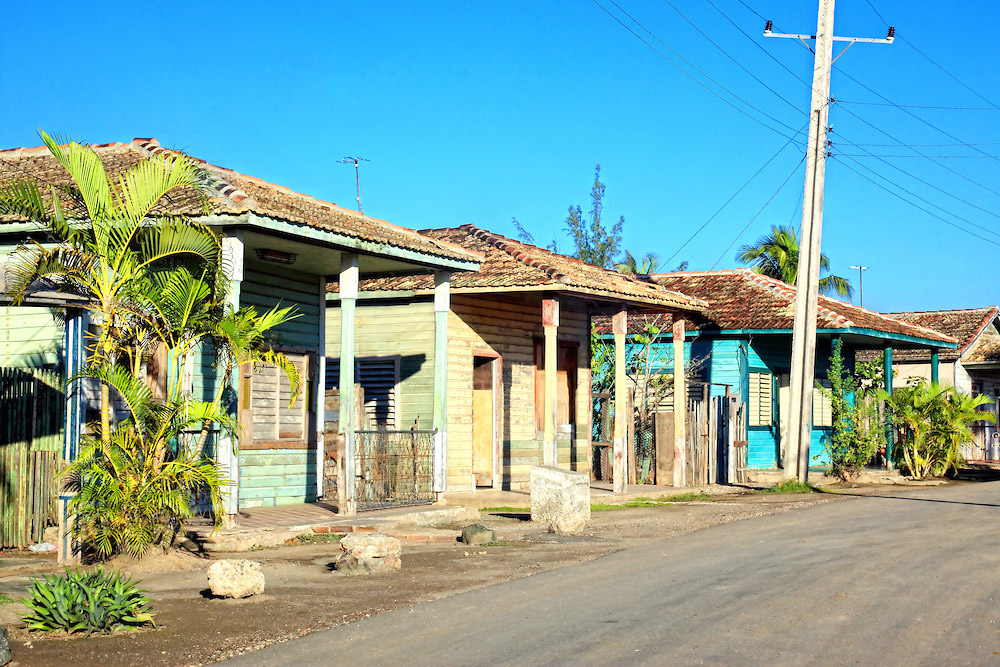 Rum is the national pride of Cubans. In Cuba, it is the most common gift and souvenir. Almost every tourist buys rum of this brand. At the plant in strict secrecy kept recipes for cooking rum.

In the secret of production are devoted only special workers – senior maestros roneros. That’s how the masters of rum-making are called. To become a real maestro roneros , you need to learn the craft for at least 15 years. On the territory of the plant are often guided tours, offering to taste this amazing drink.

Not far from the city is a special museum dedicated to the history of the development of “Havana Club”. Here are preserved old workshops, which show how to properly make barrels of white oak to store rum.

Also tourists are offered to consider the press, which masters use to thoroughly squeeze sugar cane. A separate exposition presents models of the factory and shows the process of distillation. The tour ends with a tasting of the most popular varieties of rum.

In recent years Cuba actively holds the position of the leader in tourist visits. Favorable atmosphere, rich history of the country, amazing natural landscape leaves no one indifferent.