Interested in American history? You can turn your imagination into reality without waiting for the invention of a time machine. You just need to visit Troy, NY, USA.

Located on the east bank of the Hudson River, Troy maintains close ties with the neighboring cities of Albany and Schenectady, together they form what is known as the Capital District. The urban population is approximately 50,000.

Before Europeans came to the area, it was inhabited by Mohicans. The Dutch arrived in the 17th century when the capital of the United States was formed. In 1816 the settlement was given the status of a city. 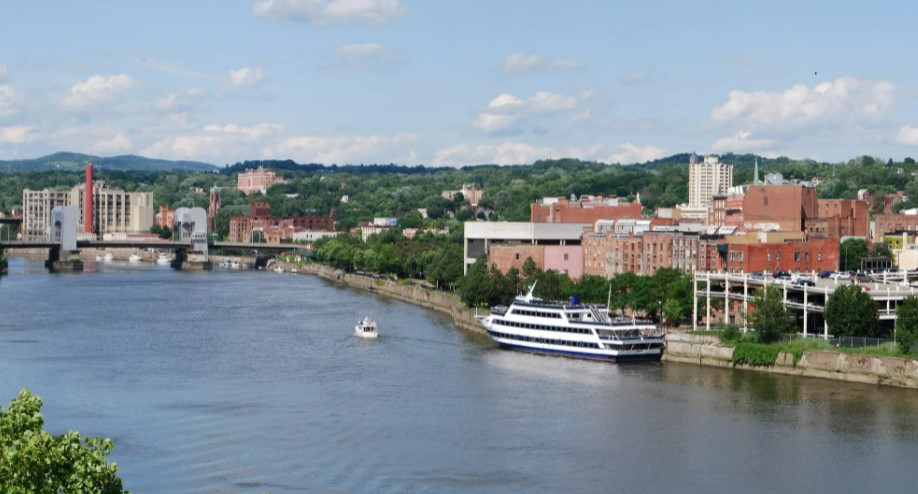 Troy, as is customary in the U.S., gets its resounding name from the historic Troy, a city described by Homer. Because of its textile industry, Troy also became known as the “city of handkerchiefs. In addition, the city was for a time the second-largest steel maker in the country .

The city has many examples of Victorian architecture and ironwork, as well as original Tiffany-style stained glass windows.

Among the historic sites of the city are the Cash Bazaar, whose steel constructions are decorated with white marble, the court building of grey granite, the public library in the style of a Venetian palazzo with marble bas-reliefs. Many buildings in the imperial, Italian, Greek, Gothic, and Romanesque styles can be seen in the city center. An example of the Second Empire style is the Troy Savings Bank Music Hall. 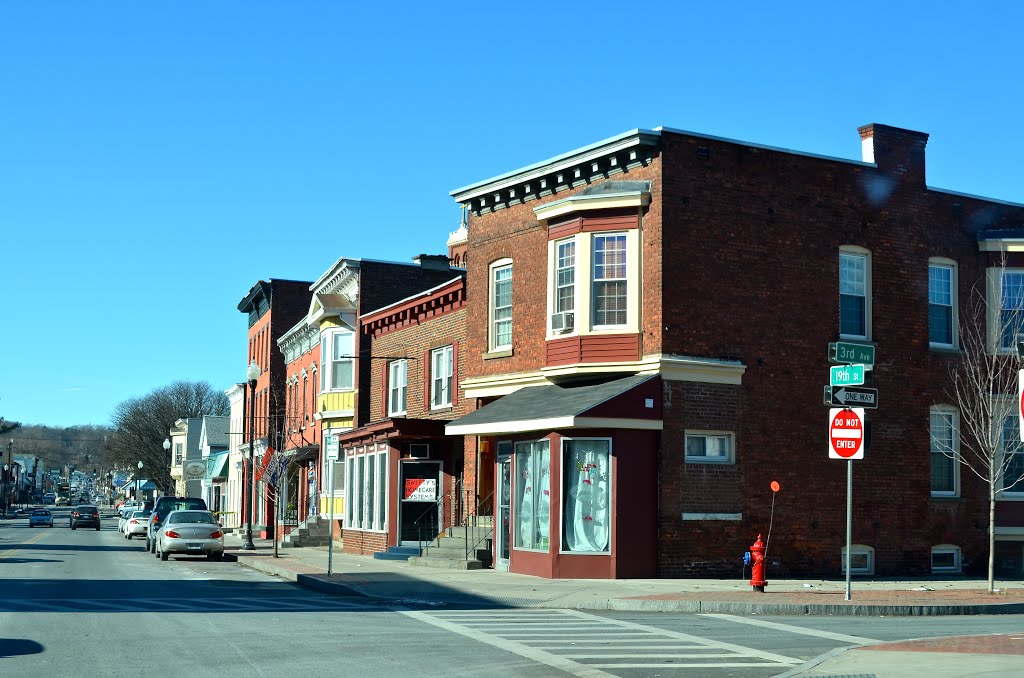 READ
Holidays in Zanzibar, Tanzania: what's important to know before you travel

Of architectural interest is the neo-Gothic Woodside Church. It is now home to a contemporary art center.

The authorities of Troy are making significant efforts to preserve the historic buildings .

There is an “Antique District” in the center of the city on River Street . Here you can visit the many galleries and cafes. The city hosts a variety of outdoor events in cafes, parks, and coffee shops. Since 2000, the Farmer’s Fair, held every Saturday in the summer on River Street and in the winter at Uncle Sam’s Atrium, has been popular. Here you can buy a variety of foods and handicrafts – pies, honey, syrups, textiles, china, woolen goods, photographs, and paper. The city also celebrates Flag Day in early July. The celebration includes one of the largest parades in the United States . 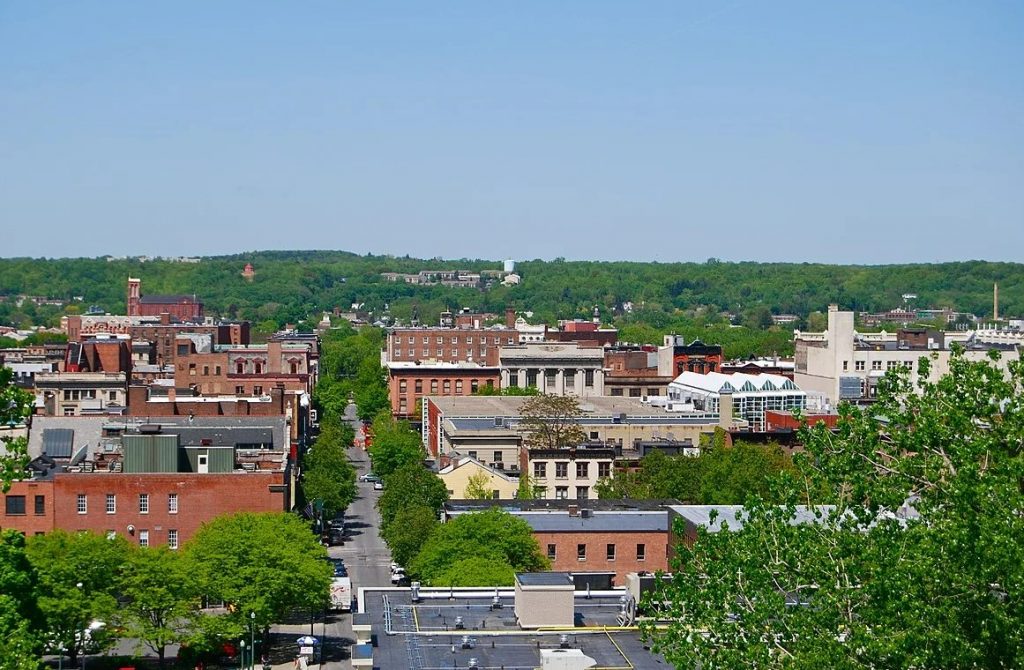 The patriotic parade in honor of Uncle Sam is also very popular, usually timed to coincide with Samuel Wilson’s birthday in mid-September. The butcher, who supplied meat to the U.S. army during the War of 1812, was recognized as a symbol of America. He is buried in Oakwood Cemetery, which is a treasure of the city.

Thanksgiving Day is a turkey race . In 1916 it was a small local competition, but now it has grown into the largest race of northern New York.

Weekend Night is a monthly cultural event held on the last Friday of each month. There are about 30 cultural events on the streets and galleries of the city during this time. Stores stay open all night and restaurants accept visitors .

From July to August there is a theater project called Bakerloo . It aims to promote the creativity of young actors. Its repertoire includes plays by Shakespeare and other great playwrights in the best theatrical tradition.

When you visit Troy, you can say with confidence that you have seen American history with your own eyes . The original and enchanting town of Uncle Sam is the perfect setting for this. 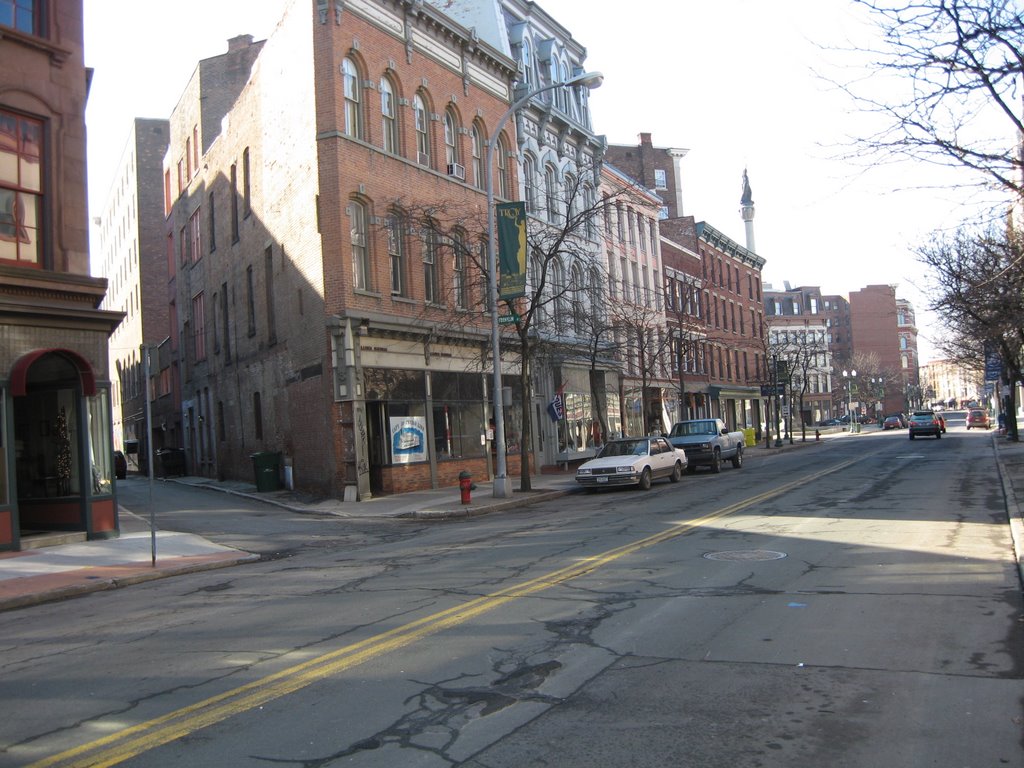 Planning a trip? See what you can visit during your vacation. We have over 4,000 sights around the world in our database! Back? Add to our collection of interesting places. 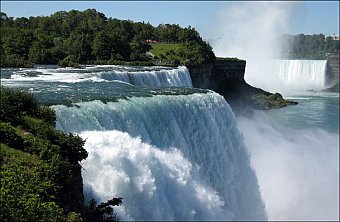 Niagara Falls was formed several thousand years ago when streams of water formed after the melting of a retreating glacier washed its way into the soft sandstone. […] 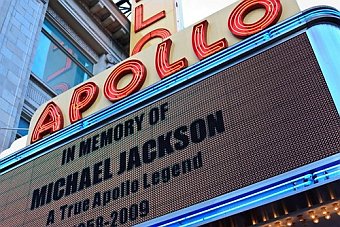 In the 1920s, Harlem finally became the capital of Negro culture and gained fame as a ghetto. However, during this period, the “Harlem […] 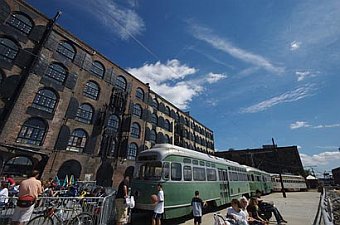 Red Hook is a historic industrial and warehouse district in Brooklyn, a surviving shard of the industrial age in our age of information. Less than a hundred years ago, it was all […] 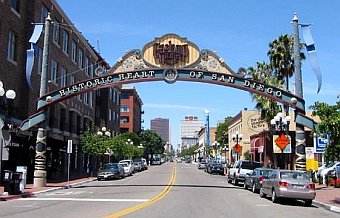 Gaslamp Quarter is a historic neighborhood in San Diego, California, famous in the early twentieth century for its brothels, brothels and saloons [… 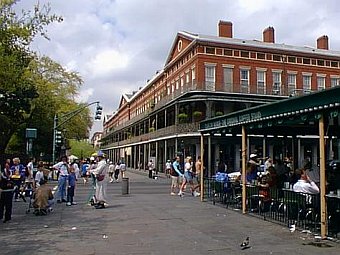 The French Quarter in New Orleans is the oldest and most famous neighborhood in the city. Since the founding of New Orleans in 1718, the quarter has been the center of […]

The Big Eye in Downtown Chicago 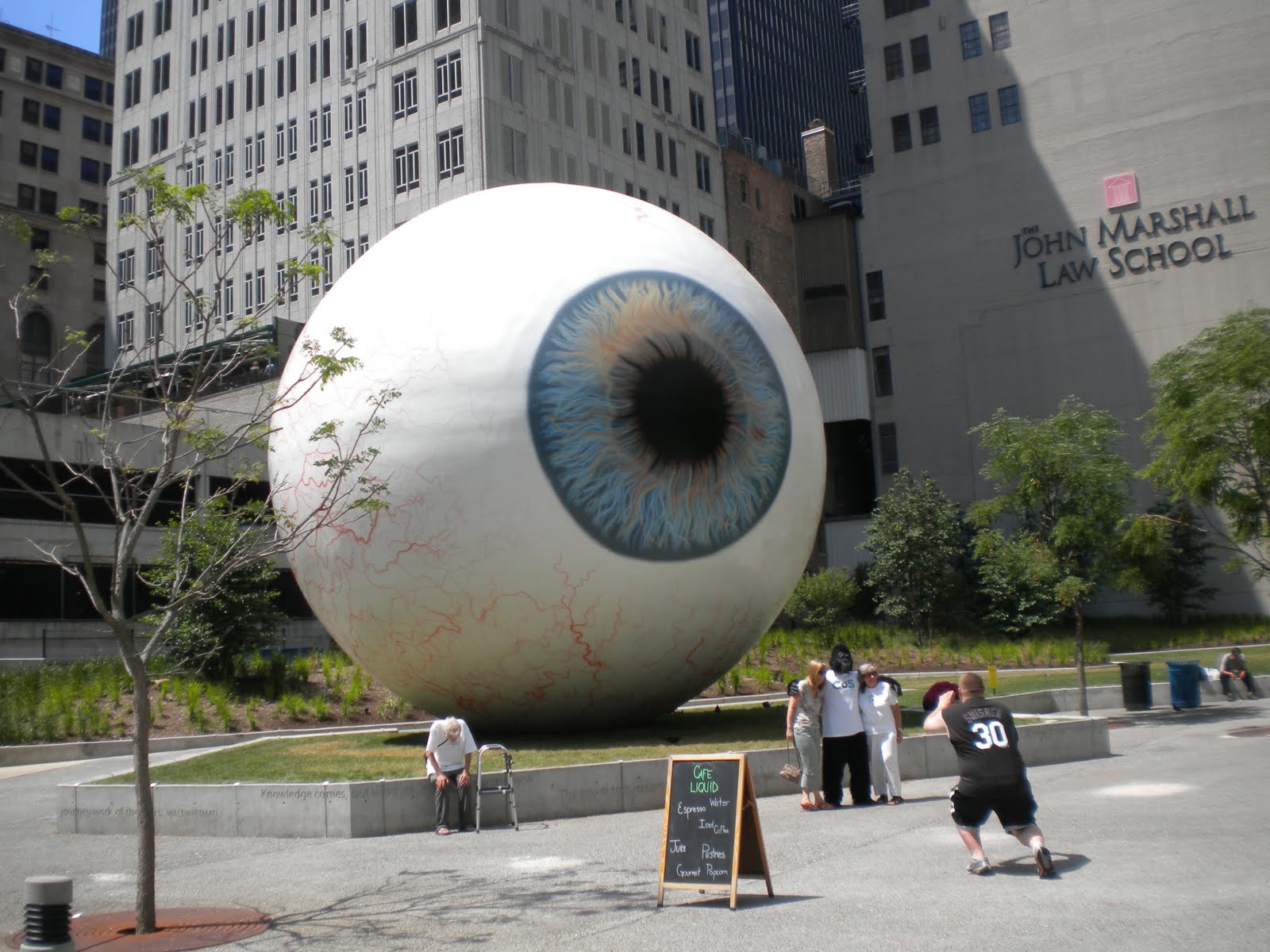 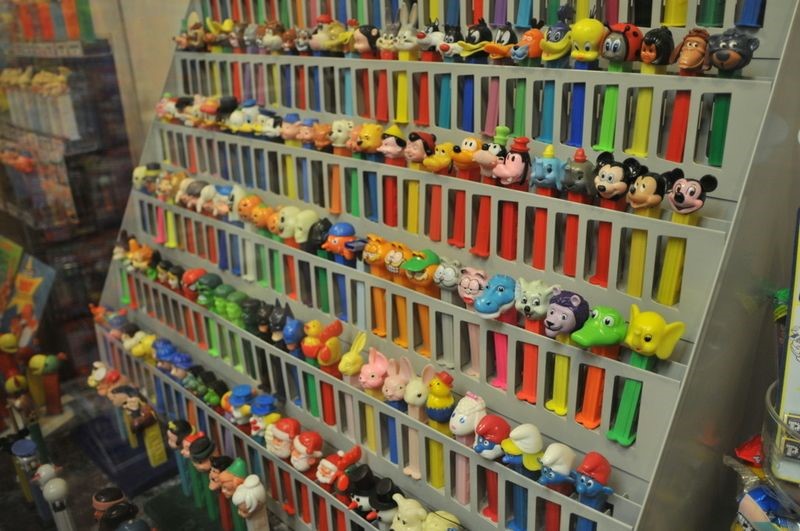 A unique museum of candy dispenser toy Pez (Pez), invented in 1940, is located in Burlingame, California. […] 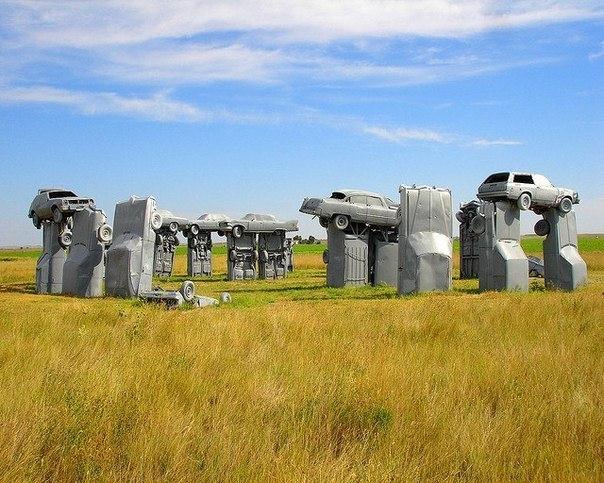 Carhenge is a replica of Stonehenge, only of machines, in Nebraska, USA. This unusual structure consists of 38 old cars of American brands, painted in gray […]

The Globe Theater in Odessa 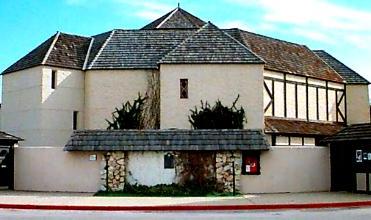 Located in Odessa, Texas, the Globe Theatre of the Great Southwest is a replica of the William Shakespeare Theatre. […] 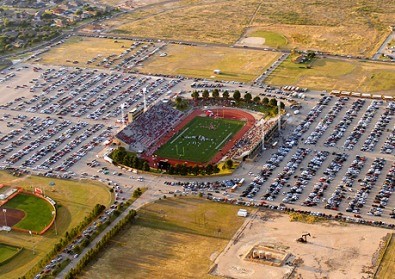 Ratliff Stadium is a soccer stadium in the city of Odessa, Texas. […]

Only authorized users can add content to the site! Please log in if you are registered (if you were already logged in – try again, maybe session time expired). If not, please register.

Vacations in the Crimea

Time to have a rest in Russia

How the stars are vacationing

Try the country for yourself

Tourists will love the atmosphere of carefree holidays…

Love for sea creatures has already cost her health…

Catherine the Great personally drew the city’s coat of arms…

It is proposed to use other air harbors…

It was originally a state theater, which together with the Maly Theater constituted a single Moscow…

The towers of Bermejas are watchtowers, which were built in the VIII-IX centuries. Torres…

© 100 Roads Ltd. , 1996-2022 100 Roads ® registered trademark. Support service All rights reserved and protected by law. Free non-commercial use of 100dorog.ru publications on the Internet, in whole or in part, is permitted only with the indication of the source “100 Roads” with an active, indexed link to 100dorog.ru, required for each publication. In other cases written permission of the administration is required.