In autumn the weather outside leaves much to be desired: slush, rain, involuntarily thought: why not take a vacation? Visit one of the countries where it is summer almost all year round, and the country should be European, with its small and cozy streets and resort towns. The only country that comes to mind is Spain.

Everyone must visit Spain at least once. If you decide to go there by yourself, and not by a tour, the travel experience will be even brighter. The first thing you need to do is to rent a car https://rentley.es/rus/ for your taste, color and wallet. With a car you can see all the resort towns and provinces of Spain, such as Alicante, Blanes, Salou, La Pineda, and many others (where you can also rent a car). In addition to the resort towns, you will be able to make a route through the tourist cities of Spain and see all the most unusually beautiful sights with your own eyes. Now I will tell you about five places in Spain, a must-see for every tourist.

Sanctuary of the Holy Family.

This incredibly beautiful and large building began its construction in 1882 and was not finished until now. Antonio Gaudi started the project and he wanted to put the New Testament in stone. In this temple a minimum of flat space, here you can see images of icons, only in the form of sculptures, flowers, etc. All the windows are made of stained glass, which adds a beautiful touch to all the beauty of the cathedral. This temple is still under construction because it is not financed by anyone and the money comes only from private individuals. At the end of the 19th century, the idea of a garden-city became popular and that was the foundation of the park, the construction of which started in 1900, after Eusebi Guell had bought 62 hectares of land on the outskirts of Barcelona. But the project fell through, only 2 plots were bought, one of which was Gaudí’s, and there’s now a museum in its place. The park is great for relaxing and walking with family or friends but you have to pay an entrance fee of 7.50 euros for an adult ticket and 4.90 euros for a child ticket. The monastery was built in 1563. It was also the residence of King of Spain Philip II . It is located near Madrid at the foot of the mountains. Some speak of it as a beautiful structure and some call it a nightmare of architecture. It has a cathedral that for some is more overwhelming than surprising, with frescoes on the ceiling and along all the altars. It also has a library that is second only to the Vatican library. Most of the Spanish monarchs are buried here. Nearby there are fruit gardens and monastery fields, which are very beautiful. The Picasso Museum, hidden among the small streets of Spanish Barcelona, attracts tourists not by what it looks like from the outside, but by what is inside these, so mysterious and outwardly unremarkable buildings. At the moment Pablo Picasso museum is quite a collection of paintings of Pablo Picasso, where each picture represents a different period of life of Pablo Picasso. At the moment, in the museum there are about 3500 thousand works of the artist, and the museum itself consists of four palaces and one house, made in the Gothic style. The museum itself is the first and only museum that was opened during the artist’s lifetime, and at least because of this fact, it is worth visiting this place. A great contribution to the architecture of Spain was made by Antoni Gaudi. With his advanced architectural solutions the architect amazed everyone. One of his best buildings is the Casa Mila. This building was ahead of its time. Thanks to Gaudi, the building has a natural ventilation system, free movement of interior partitions and even an underground garage. Each room has a window with access to either the street or the courtyard. The house also has three patios and its own roof terrace. In each of his creations, Gaudi contributed a piece of himself, but it is in this architectural structure, he introduced most of his soul.

READ
Getting to know beautiful Monaco

Not many beaches in the world can compete with the Spanish coast. In season it is sunny and warm . To the beaches of Spain with a hot tour from ZE-travel. There are many beaches, but there are those that deserve special attention.

Beach las Catedrales is surrounded by rocks that rise above the coastline, like ancient cathedrals left by an unknown civilization. Elegant stone arches and intricate cave passages make the cliffs look amazing. The beach will appeal to lovers of the unusual . But the modern amenities of civilization such as sun loungers, umbrellas, bars, etc., are not here. The tides hide the beauty of the beach, and the tides are very short. Located on the Atlantic Ocean . 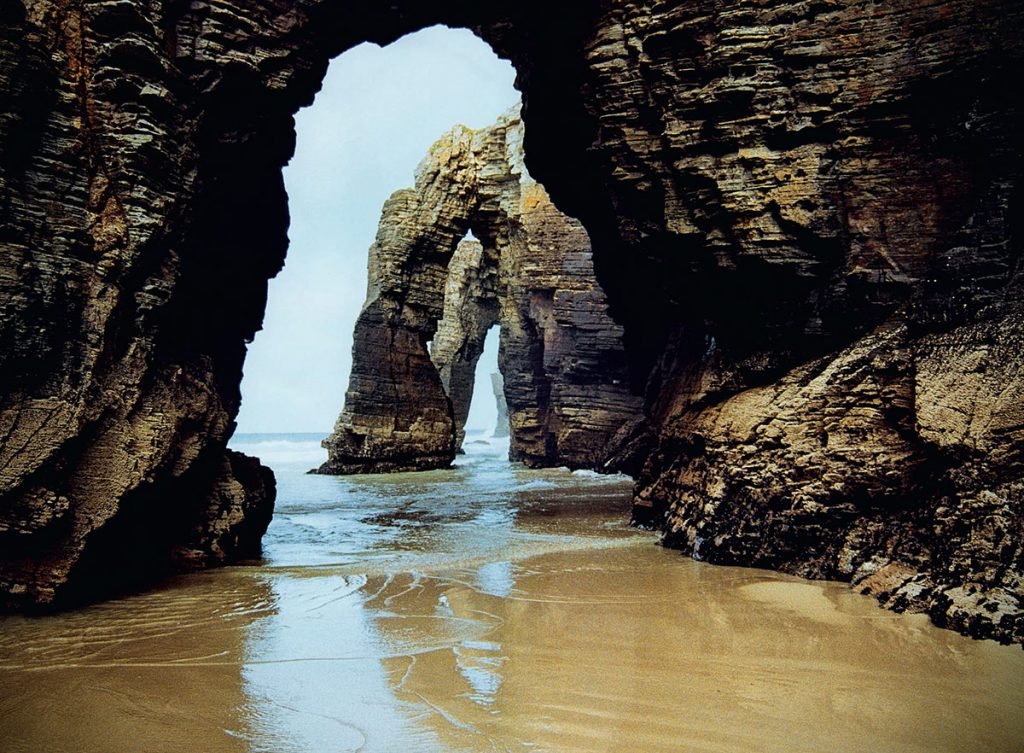 Beach Ses Illetes amazes with soft white sand and crystal clear waters of the Mediterranean Sea. The island of Formentera, where this beach is located, is so small that it is surrounded on all sides by the sea. The descent to the sea is smooth and the depths are shallow, so it is perfect for children. It will take a long walk to the depths. However, in high season, to appreciate all the beauty of the beach is unlikely to work, as it is crowded with tourists. Entrance to the beach is paid, umbrellas and sun loungers here can also be rented. You can also buy food. But it’s easier to take everything with you so as not to overpay.

Playa de La Concha has a crescent shape. The sand here is yellow-golden. The harbor in which the beach is located is very picturesque. This is an excellent city beach. In size it is quite large, able to accommodate many vacationers. The sand here is soft, the sea is clean and quiet. And all this is not far from the city center. Many restaurants, with a view of the bay, ready to feed tourists. Sun loungers beach is not equipped . For some it is an inconvenience, but if they were, they would significantly spoil the appearance of the harbor.

READ
Ready skis in summer, but ski in winter - the best ski resorts in the world 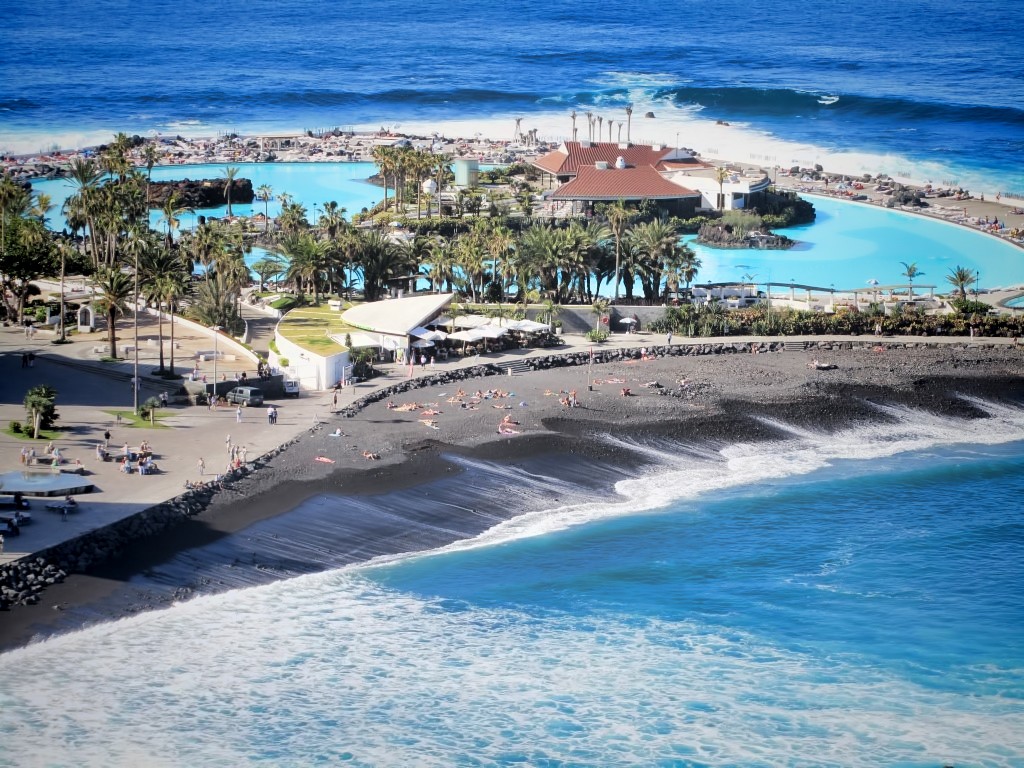 Troy’s beach has received the blue flag regularly since the nineties.

Barceloneta beach is sandy, wide and clean. It has a well-developed infrastructure.

The sea pools of Lago Martianes are also remarkable. This is an artificial lake with islands of artificial lava. Cascading fountains and gardens, ponds for children are waiting for tourists here. The beaches are equipped with everything you need, i.e. cabins, sun loungers and umbrellas.

Sa Caleta beach is popular due to the fact that even in strong winds waves here do not happen. In addition, there is golden sand, and the place is surrounded by very picturesque rocks.

The opposite is La Surriola beach. Here there are always high waves, which surfers love. 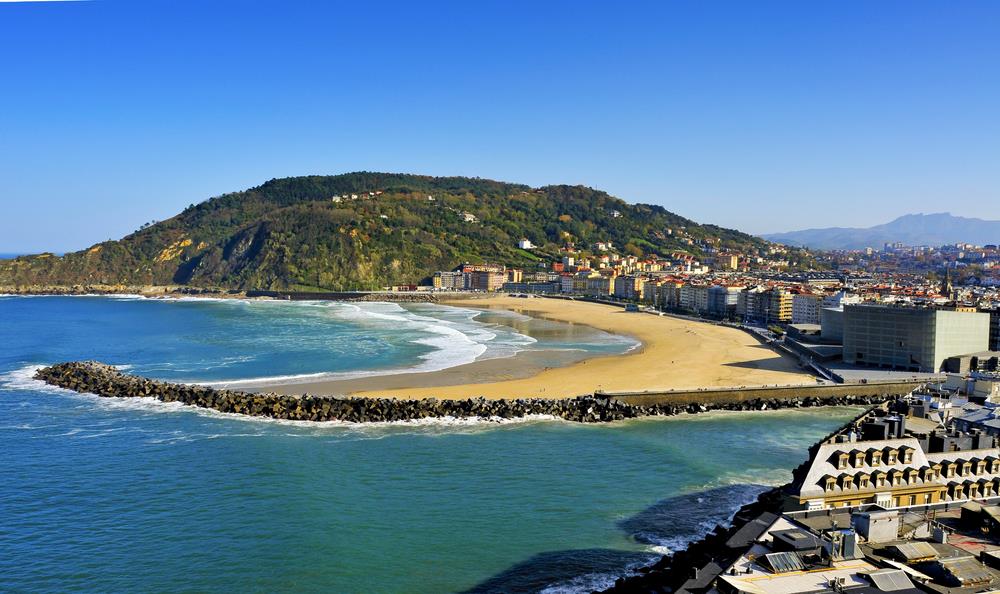 Like most resorts, Spain welcomes tourists on a last minute trip and day , and at night. During the daytime you can enjoy the warm rays of the sun, swim and sunbathe, travel around the country, visiting the sights. At night, you can immerse yourself in a wave of entertainment. Popular clubs on the Spanish coast are ready to open their doors to visitors.

Naturally, the leader of nightlife is Ibiza . From all over the world, thousands of people flock here just to visit the best clubs. The most famous and well promoted club in the world is Pacha. Every party-goer thinks it is his duty to visit it. Bar Bora Bora is located on the shore, has its own beach area. Tourists who decided to visit this institution will certainly be pleased with free admission. Club Space is the oldest club in Ibiza. In the world of electronic music, it is one of the most advanced places. Amnesia is one of the most popular clubs, with a capacity of 7000 people. 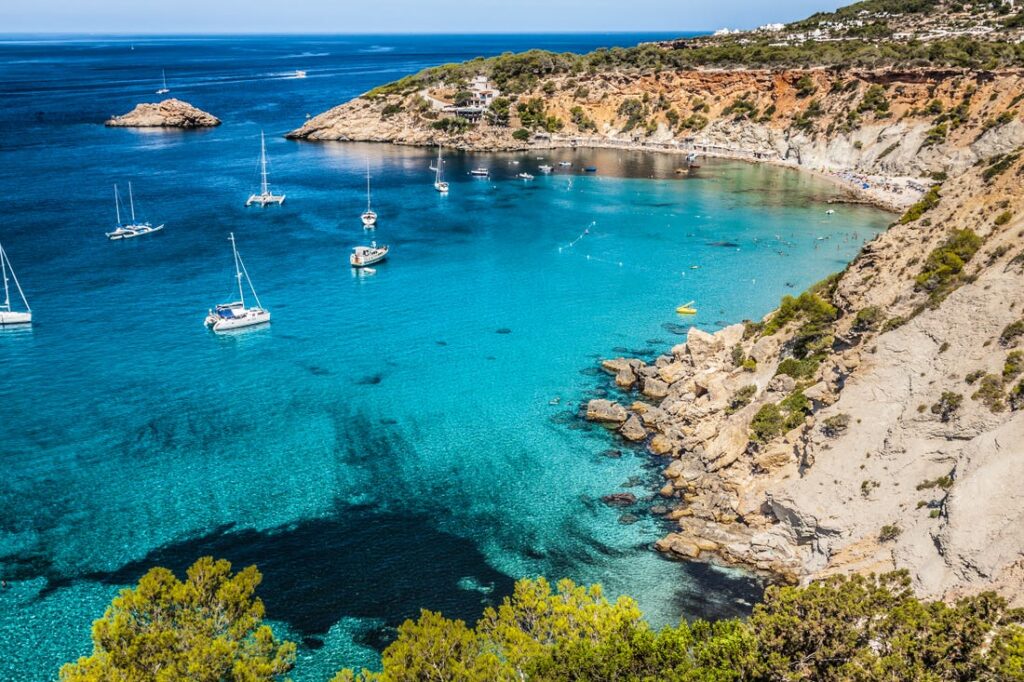 Nightlife is a big part of Valencia. The Barrio del Carmen district is one of the most popular places to party at night. Clubs and bars abound here. Jimmy Glass, a jazz bar, is always open for jazz lovers. There are live concerts on Tuesdays. Fashionable young people with its rich cocktail list attract disco bar Terraza Umbracle . A minute from Malvarosa Beach is the Akuarela Playa club. The Radio City Club is a regular hotspot for rockin’ parties.

There is somewhere to have fun in the evenings in Madrid . The Malasaña area is a youth hangout. The night before midnight is a lively time of the week, with the partying going on until the early morning hours. See the best artists and delicious food in the flamenco-restaurant Corral de la Morera. The tapas bar Fatigas del Querer has almost a century of history. It is a very authentic place. A favorite place of the golden youth is the Ramses bar with a pompous and hooligan atmosphere. A very popular institution is the seven-story club Teatro Kapital. It plays music of different styles and trends. 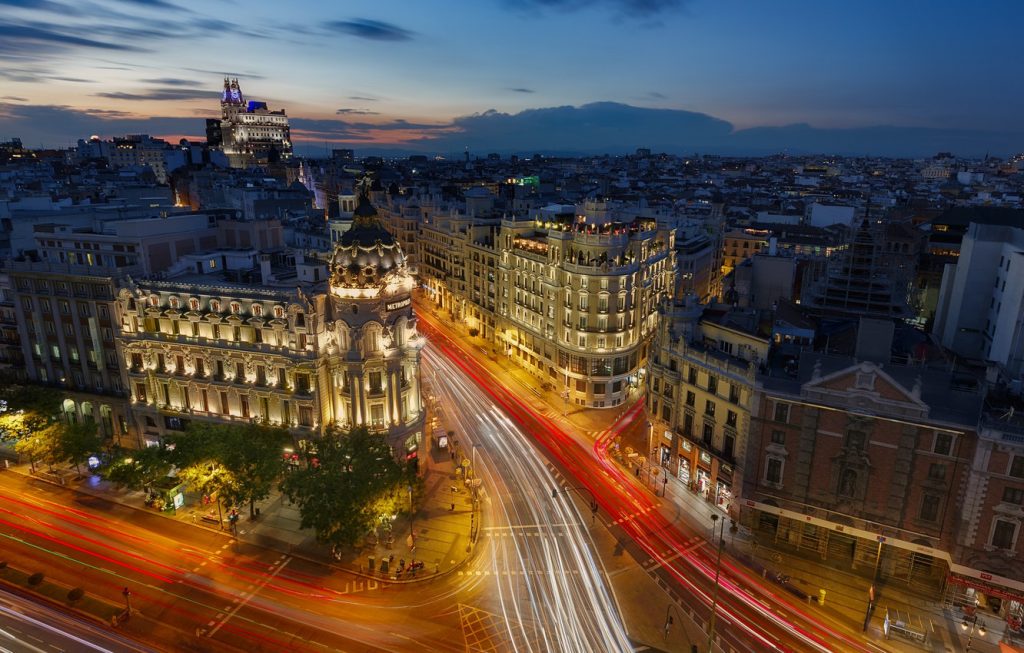 A lot of places for entertainment and on the Costa Dorada . The most famous DJs of Europe play in the club Pacha La Pineda. Endless stream of themed parties is famous for the club Sweet Pacha.

But wherever you stay, there are interesting clubs and bars close by. Beach break by day, and fun activities by night, are par for the course in all of Spain. Young people will always have fun here. You can easily visit a new establishment every night, if not two. Go around them all the same time will not be able to rest.