Machu Picchu is an ancient Inca city safely hidden high in the Peruvian Andes. This city of unsolved mysteries was not accidentally included in the list of 7 new wonders of the world. The history of Machu Picchu has a lot of mysteries that have no unequivocal answers. 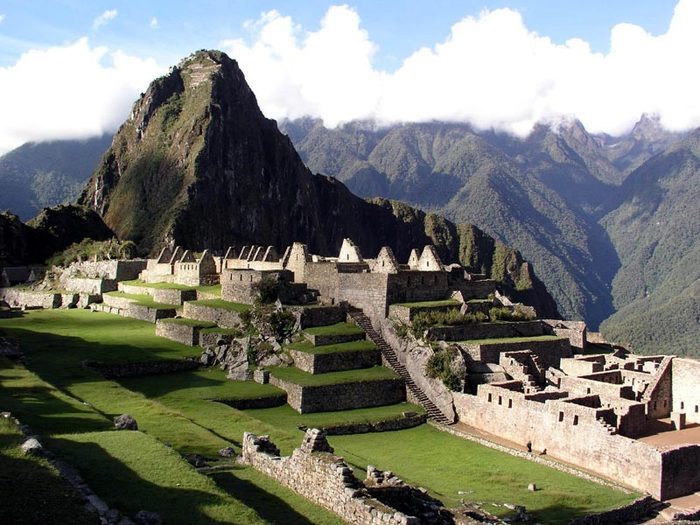 Temple of the priestesses of the Sun. The discoverer of Machu Picchu, Hiram Bingham, believed that the city was the religious center of the Incas. He found more than 170 skeletons in Machu Picchu, mostly female, according to the archaeologist. Bingham therefore concluded that the city was home to the most beautiful virgins of the tribe, who had dedicated their lives to serving the sun god. However, it later turned out that the skeletons belonged to men. A military fortress. One hypothesis says that Machu Picchu is the ruins of a military fortress built by the ancient peoples before the Incas came here. Summer residence of the Inca rulers. Modern scholars believe that Machu Picchu was built for the ruler Pachacutec. Located high in the mountains, the city could have been his summer residence, as it was much hotter in the capital, Cusco. Astrological Observatory. The location of the city was ideal for stargazing. In addition, some structures in Machu Picchu are directly related to astronomy. For example, in one of the squares lies a diamond-shaped stone in the shape of the constellation of the Southern Cross and pointing in its direction, and the corners of many buildings in the city are tied to the sides of the horizon. 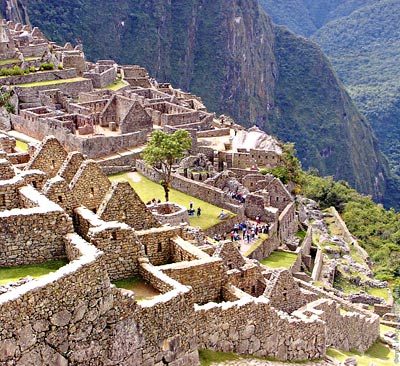 Mystery 2. Who built the city?

The Incas. This is the official and most common opinion. The inhabitants of Atlantis and Lemuria. According to one version, the ancient Incas were not advanced enough to cut and grind stones. Adherents of this theory believe that Machu Picchu was built by an older and more powerful civilization, and the Incas simply found the city and adapted it for themselves. The bravest scientists attribute the authorship of the buildings to alien architects. In their opinion, the Incas, who had not even invented the wheel, could not have built kilometers of perfectly smooth stone walls, and in such an inaccessible place. 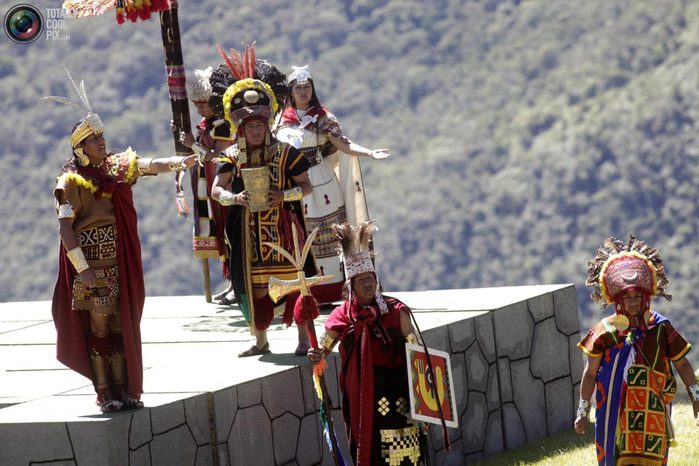 Machu Picchu in numbers For about 80 years the Incas built Machu Picchu and later lived in it. Approximately 1200 people inhabited the city. In 1532, all the inhabitants of Machu Picchu mysteriously disappeared. For almost 380 years no one knew about the city. More than 100 years ago, the Inca city was discovered by Hiram Bingham. For 30 cents a local boy showed the ruins of the city to its discoverer. More than 200 were found in the city. Machu Picchu is located at an altitude of 2,450 meters. In 2007, Machu Picchu was awarded the title of one of the New Wonders of the World. 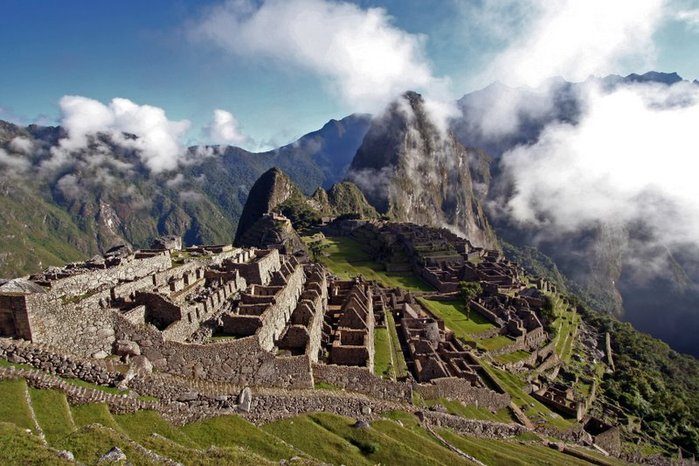 Mystery 3. Why was the city built in such an uncomfortable location?

Proximity to the Sun. The Incas worshipped the cult of the Sun. Perhaps they chose the site of Machu Picchu because they wanted to be as close as possible to their supreme deity. The exceptional geographical position of the city was particularly well suited to astronomical observations. An earthly paradise. In this area, north of Lake Titicaca, the Incas believed there was an earthly paradise. A place of magical power. The Incas believed that the most beautiful landscapes were endowed with supernatural power. In this respect, Machu Picchu was an ideal place where heaven and earth met.

Epidemic. There is speculation that the city’s inhabitants were mowed down by a smallpox epidemic. An invasion by savage tribes. There is a hypothesis of external invasion, but many researchers reject it: neither traces of violence nor destruction were found in Machu Picchu. Desecration of the city. Perhaps the inhabitants left their city as punishment for the dishonor inflicted by one of the priestesses of the sun. The Incas believed that violence against the sacred maiden should be punished by death of the perpetrator, all his relatives and neighbors. In addition, even animals were no longer allowed to live on the desecrated site. The loss of the significance of the city. According to this version, Machu Picchu was the residence of the Inca rulers, and when the empire fell under the onslaught of the Spanish conquerors, the city lost its importance and its inhabitants left it. 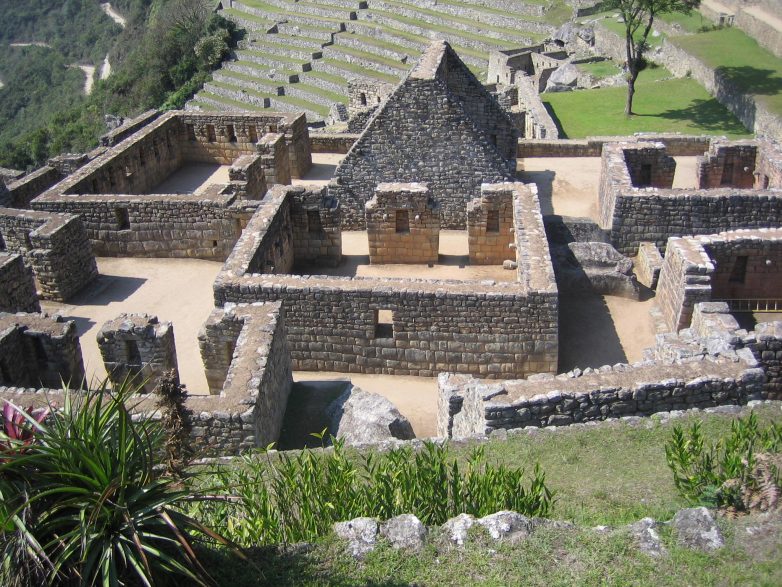 The mystery of the longevity and intelligence of the Incas

The Incas used cranial trepanation to prolong life. They also sometimes purposely deformed heads, giving them different shapes. Scientists have reconstructed the appearance of the princess they found with an elongated skull. The volume of her brain was three times larger than that of modern humans. Probably this way the Incas were able to stimulate special paranormal abilities. A temple of the sun, designed for astronomical observations. 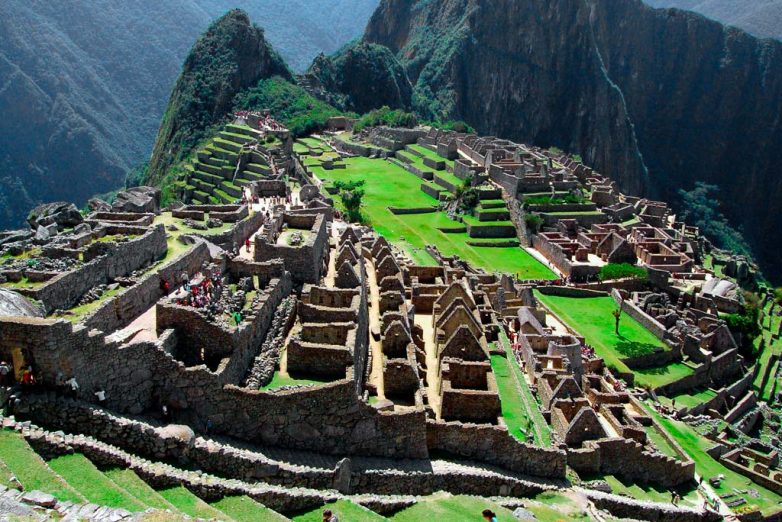 Mystery 5. What is the real name of Machu Picchu?

The name of the city itself, as well as of the structures found there, was invented by its discoverer Hiram Bingham, while the original Indian names remained unknown. No records could be found in the city itself. Machu Picchu means “old mountain” in Quechua Indian language. It was also often called the “city of clouds” or the “lost city of the Incas. 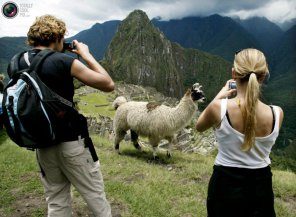 Mystery 6. How Machu Picchu survived to this day

The Incas built the city without using any binding mixtures – all the structures of Machu Picchu are held together by their own weight (the stones are stacked like a puzzle). In case of earthquakes, which take place here quite often, the Incas left gaps in the masonry during the construction, and the walls themselves were built at an angle. All the constructions of Machu Picchu are sustained by their own weight, without any binding materials.

The Disappearance of the Inca Gold

When the Spaniards came to the Inca land, they were mistaken for gods. The Indians presented the “gods” with generous gifts, including gold. The last Inca ruler, Atahualpa, later tried to buy back the lives of his people from the Spaniards for the gold they liked so much. However, they deceived the Inca by executing him, believing that they could find the treasure themselves. The Spaniards’ search was successful – they took a huge amount of gold from the Inca country, but not all of it – after Atahualpa’s murder, the Incas managed to hide a significant part of it. Inca gold is still one of the most controversial mysteries in history. Thousands of expeditions were sent in search of it, but without success. 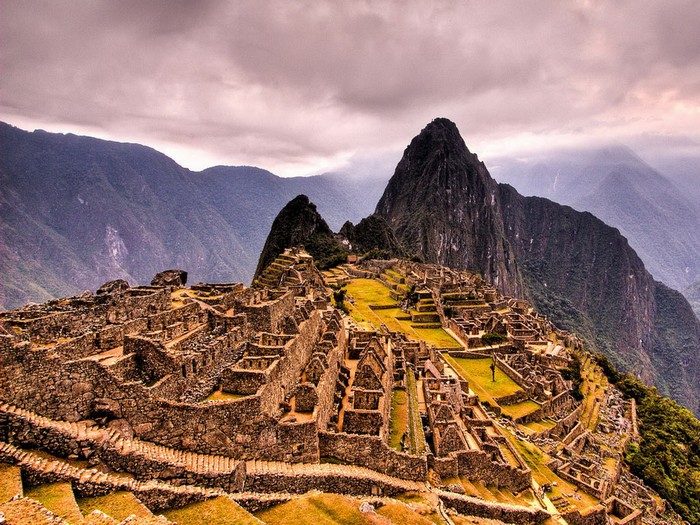 Mystery 7. Where is the gold of the Incas?

The Nazis have it. According to one theory, Hitler’s comrades-in-arms managed to find the gold back in the late 30’s. In the Vatican. According to this version, the Inca treasure went to the Catholic Church. In Poland. There is an opinion that the jewels were taken to Poland by the last heir of the Great Inca. Machu Picchu. The most common theory suggests that Inca gold still rests somewhere in the wilds of the Amazon, or perhaps in Machu Picchu itself. In 2012, for example, French archaeologist Thierry Jamin found a secret door in Machu Picchu that might lead to Inca gold. Thierry conducted geophysical research in Machu Picchu, which confirmed the presence of several underground rooms in the city. In doing so, these rooms were found to contain important archaeological materials – deposits of various metals, including gold. In conclusion, it should be said that Machu Picchu was by no means fully explored and this is far from all the mysteries of the city. Most likely, there are numerous underground passages and caves under the city, which still have to be found. Time will tell whether they will solve the existing mysteries or ask even more questions.