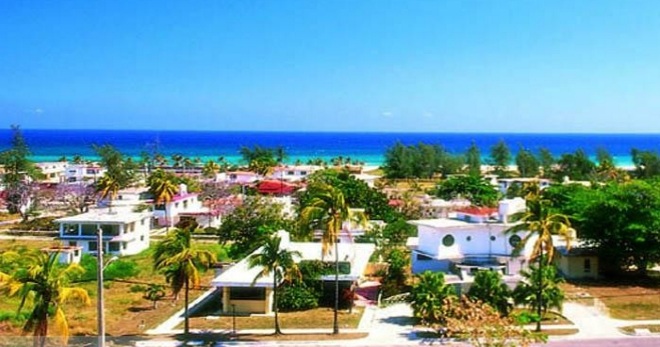 Tarara is a small town in Cuba, part of the municipality of Havana del Este. It is famous for its beaches, believed by many to be the best in Cuba (the resort is called the Cuban Bounty), and medical and health center, due to which Tarara is annually visited by many tourists. The town is located 20 km from the Cuban capital.

Tarara was conceived and created in 1940 by an American, Sylvester Webster, who came to Cuba to build railroads in the country. He later moved his family here, bought the land and built an entire art deco town with the Church of St. Helena, a yacht club, marina, movie theater and promenade.

After the Cuban Revolution, Che Guevara lived there and the climate suited him as an asthmatic. The group he created, which discussed further plans for the political, economic and social development of the country, was named “Grupo Tarara” after the town. Also, “officials” from the Soviet Union lived here during their visits to Cuba. In 2005, a spa center was established in Tarara for blind patients from Venezuela – their treatment was a barter in exchange for Venezuelan oil.

In addition, the seasons are not too distinctive in terms of rainfall – the influence of the Caribbean Sea has an impact. Rainfall is highest in May and October (182 and 181 mm, respectively), the lowest – in December (58 mm). Such weather conditions make Tarara an almost perfect resort. Today, residences in the city are mostly rented out for long term rentals to foreign companies doing business in Cuba.

The best beach in Tarara is Santa Maria. We can even say that the village stands practically on the beach. However, here they pass one into another, creating a many kilometers of white sand. Visiting the coast is best on weekdays – on weekends here comes “all of Havana”, and the beach is simply overwhelmed. 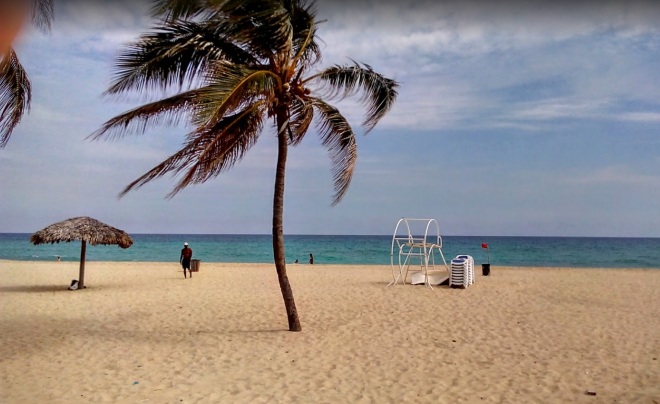 There are a variety of water activities, including fishing. But there’s not much nightlife in Tarara – apart from the tourist discos in the hotels. 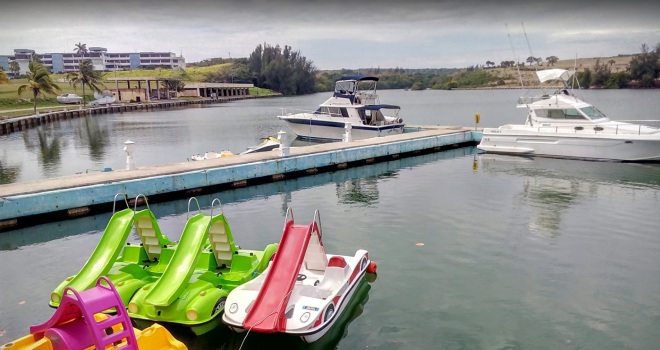 As such, there are no historical and cultural sites in the city of Tarara – it is too young. The only interest in this sense may be the church of St. Helena.

The medical center in Tarara specializes in the diagnosis of diseases and treatment of children with oncohematological and oncodermatological diseases. There are not only several hospitals but also a school on the territory of the center. Since 1990, Ukrainian children who suffered as a result of the Chernobyl accident were treated and educated in Tarara. By the way, the first Ukrainian secondary school that appeared abroad is located in Tarara. 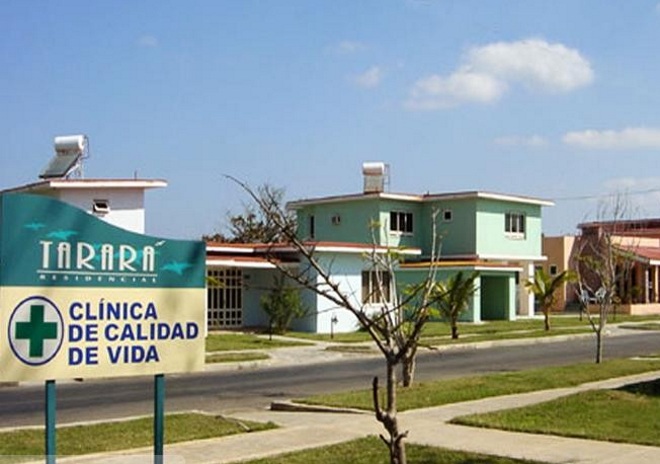 Where to settle down?

Here you can rent a villa, which is very convenient, given the fact that to eat lunch and dinner with food prepared by yourself, not only much cheaper, but also tastier. You can also stay in one of the hotels. For example, in Villa Amonia Tarara, which consists of separate cottages (by the way, there is a cafe and a store on its territory). 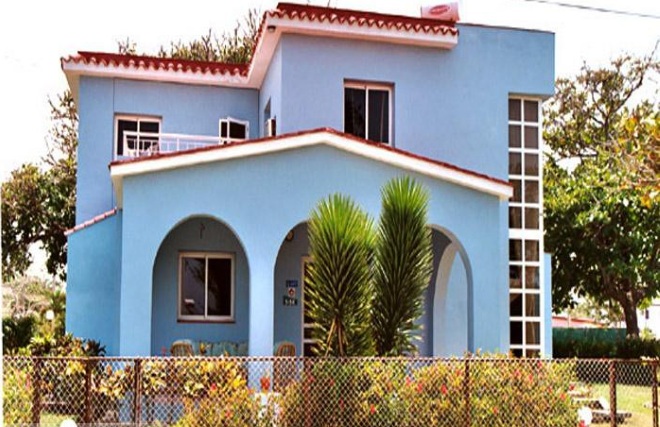 The restaurant Taramár, which is located in the yacht club, was appreciated by visitors quite highly, but the prices there are not low either. Besides it, there are 2 more bars in the city, but the guests note that they have a small selection and not very tasty, despite the high price. 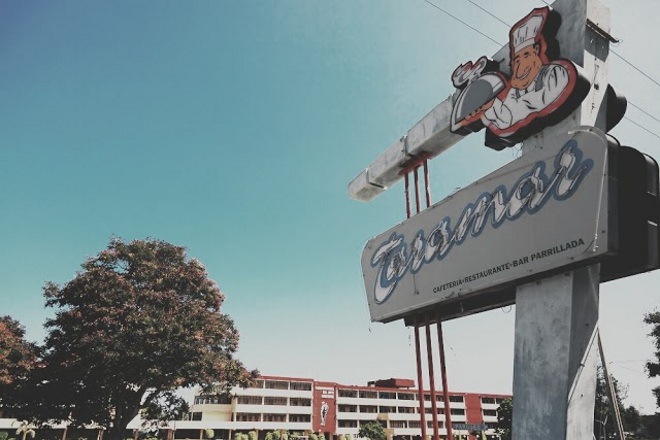 There are only a couple of grocery stores in Tarara, but their selection is quite sparse. Fish and seafood are sometimes sold by fishermen right on the beach, for fruits and vegetables you have to go to nearby Gaunabo. Souvenir stores in the city appeared relatively recently. However, it is in recent years, the city began to develop actively, so probably here soon will appear and stores and quality restaurants.

How to get to Tarara?

The town is a suburb of Havana. It is located only 20 km from the Cuban capital on the road from Cuba to Varadero. The fastest way to get from Havana to Tarara is by car along Vía Blanca and Avenida de Los Delfines. 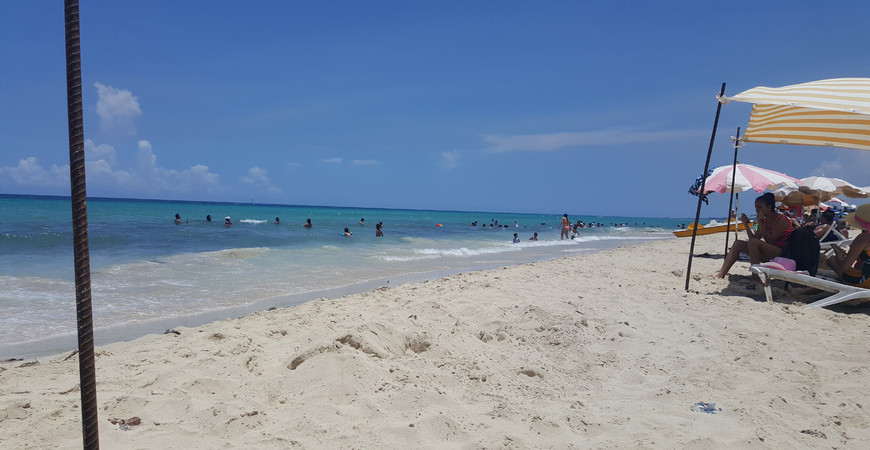 Playa de Tarara, one of the famous eastern beaches near the Cuban capital, bustling and cheerful Havana. The beach is located 20 kilometers from the city, just between the beaches of Bacuranao and Megano. The beach gets its name from the town in which it is located. Tarara is a small resort town, founded in the 1940s.

This is a great place for diving enthusiasts, as well as for fans of fishing (though, catch fish here are usually for sporting interest, and then release the loot). Not to say, however, that this place is particularly rich in sea life, but divers love this place anyway.

On the beach is always quite a lot of beach umbrellas and sun loungers. Even in the hottest months, when the tourists and locals are the most numerous, you can find a place to lie down.

Here, hidden in the shade of palm trees, travelers can hear the rousing rhythms of Cuban music played live – Tarara Beach, like any other East Liberty Island beach, is always full of locals. Cubans are accustomed to relaxing in a big way, noisy and fun. They gather in large groups, sing, towards evening begin to drink rum, smoke cigars and dance as if it were their last dance in life. It is quite possible to join them. The Cubans are exceptionally friendly toward tourists.

But one thing is certain: if you want peace and quiet, then this beach is better to prefer a more distant from Havana. By the way, most of the locals on the beach of Tarara on weekends.

There are restaurants and cafes, you can try fresh seafood dishes. A large plate with shrimp, lobster, coconut and garnish will cost 280 Cuban pesos (24 pesos equals $1). Pretty inexpensive, especially compared to Europe.

The price for sun beds and umbrellas on the beach of Tarara is standard for the Eastern beaches – 95-120 Cuban pesos (the same $4-5 dollars).

Do not forget that the sun in Cuba is very active and insidious – should always hide in the shade and smeared exposed areas of the body with sunscreen with a high index of protection against ultraviolet radiation, as well as wearing headgear. Getting burnt here is easy. And it happens instantly. The sun is especially “angry” in the period from 12:00 to 16:00. Even dark-skinned Cubans swim in T-shirts or closed bathing suits for a reason. Another trouble tourists may encounter is sunstroke. It is recommended to get a bronze tan between 4 p.m. and 6 p.m.

On the beach of Tarara it is quite possible to engage in snorkeling or diving. However, near the shore there are not so many fish, as they are frightened away by holidaymakers with songs and dances, as well as children’s games in the water. But in depth there are a lot of sea creatures – you can see squids, crabs, lobsters, morays, barracudas and so on. Arm yourself with an underwater camera and you’re bound to get a couple of great shots.

The climate here is tropical and trade winds with very high humidity. The average annual temperature is +26 ° C, in January the temperature rarely drops below +24 ° C, and in August the thermometer reads +30 … +32 ° C. Sometimes the temperature rises above +40 ° C.

Good weather can be caught in Cuba in any of the months. But you should understand that it rains most often in summer. The rainy season in Cuba is conditional and lasts from May to October. Rainfall averages 1,400mm per year. However, it doesn’t rain here for a long time. Heavy downpours for 20-30 minutes are common in the Caribbean. However, tropical cyclones may ruin your vacations, as they bring typhoons and hurricanes, which are not uncommon in the Caribbean. Therefore, the best time to visit Liberty Island is during a quiet period, from November to April.

How to get to Tarara Beach

To get to Tarara Beach, tourists can take a special blue HabanaBusTour bus. The bus number 400 or a local shuttle bus, which can be taken at the train station in Havana, will also work. The trip to the right beach is about 40 minutes.

Alternatively, you can order a cab or negotiate with a local driver. The cost of the trip will not be too high, since the distance is short. However, the opportunity to bargain, in any case, has not been canceled.

A car can also be ordered through a special application TAXI CUBA, which makes sense to download on your phone after arrival to Cuba. It is an analogue of our popular Uber and Yandex.Taxi.

You can also rent a car and then go to the beach from Havana by it. The pleasure is not cheap (renting a car costs the same as the average in Europe), but extremely useful when it comes to Cuba.