Few people think about spending a vacation in Bangladesh. For me, though, Bangladesh has always been both an attractive and a scary place. Attractive because it’s the only place in the whole country where people speak Bengali (the language I learned). Scary because there are a lot of rumors about the religious part of the country, because there are so many rules which are difficult to follow and because it’s just so dangerous in Bangladesh. In my story I would like to give the most objective point of view of what the capital of the People’s Republic of Bangladesh, Dhaka, is all about.

Dhaka is the largest city in Bangladesh, the population density is one of the highest in the world. The whole territory of the city is so carefully used that the few city parks have become a real oasis for those who like to walk. The places suitable for walking in Dhaka are necessarily enclosed by a fence, otherwise they become a driveway, a field, or the site of a new building, a store.

I am of the opinion that Dhaka is a city for the sophisticated traveler who is not looking for a place to entertain for a 10-day vacation, but is trying to explore other cultures and interested in the way of life of people from the other side of the world. And finally, in the introduction, I would like to add that if you don’t focus on the widespread opinion that Dhaka is a stuffy and dirty city, it reveals itself in a pleasant way: this is where the history of independent Bangladesh was made, where monuments to the national language are installed, where the contrast of history and modernity, wealth and poverty can be best seen. And the people of Bangladesh are so open and loving that you’ll love them at first sight.

READ
Safari in South Africa: prices, where and when to go

Of course, you can try to get to Dhaka via other countries: for example, via India. In this case you can get there not only by plane, but also by train or bus. However, in this case you will face a number of inconveniences: 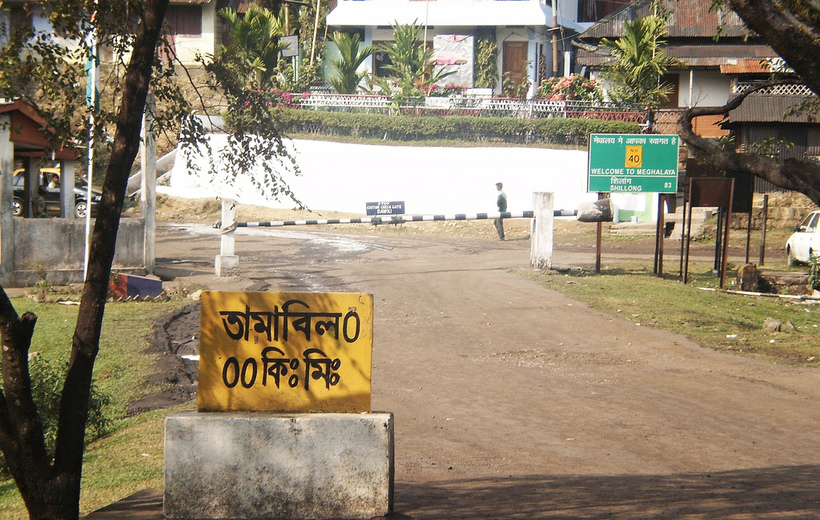 So I suggest that you don’t push your luck and (if you don’t have the proper training) take a plane to the capital.

There are several flight options from Moscow to Dhaka, but among them there are no direct flights. Depending on the airline, it will take you from 3 to 18 hours to transfer, during which you can and should recharge all the gadgets and have a rest. The flight itself from the starting point to the destination will take at least 12 hours. And while the flight from Moscow to the transfer point is usually normal, from the transfer point to Dhaka it can be somewhat tiring with the seeming bustle of Bangladeshis returning from vacation.

The following airlines fly from Moscow to Dhaka:

Emirates and Turkish Airlines also offer flights from St. Petersburg to Dhaka with connection in Dubai and Istanbul, respectively.

Prices depend only on the offers of individual airlines. For example, two of the airlines listed above (AirArabia and FlyDubai) are the so-called “low-cost”: these are the companies, which offer the flight at a lower price due to the lack of certain services. So the choice is yours: take an all inclusive package with dinner, TV and luggage which costs from 710 USD (42000 RUR or 56 443 BDT) for a roundtrip ticket or save on dinner, TV and luggage but enjoy the flight at 669 USD roundtrip.

In general, tickets to Dhaka cost about the same, so it’s very difficult to save money on a flight. You can find out ticket prices on airline websites, and here you can easily compare prices for all options on the dates you’re interested in.

How to get from the airport to downtown Dhaka

I’ve been very lucky and all the times I’ve had to drive from the airport to downtown Dhaka, I’ve had a hired car that has done it confidently. So the best option is if you make sure you are picked up at the airport in advance. Many hotels, as I will discuss below, offer a free shuttle service from the airport to the hotel: pay special attention to it and be sure to take advantage of it if you can. Drivers are usually waiting either right outside the airport or in the parking lot to the left of the exit. So when you get out of the airport look closely into the crowd of people meeting you: is there no sign with your name or the name of your hotel on it? If not, you’d better go back to the airport and call your hotel. If you walk away from the door, you can not go inside again, so do not hurry, do everything calmly and without fuss.

READ
13 things to do in Monterosso al Mare, Italy 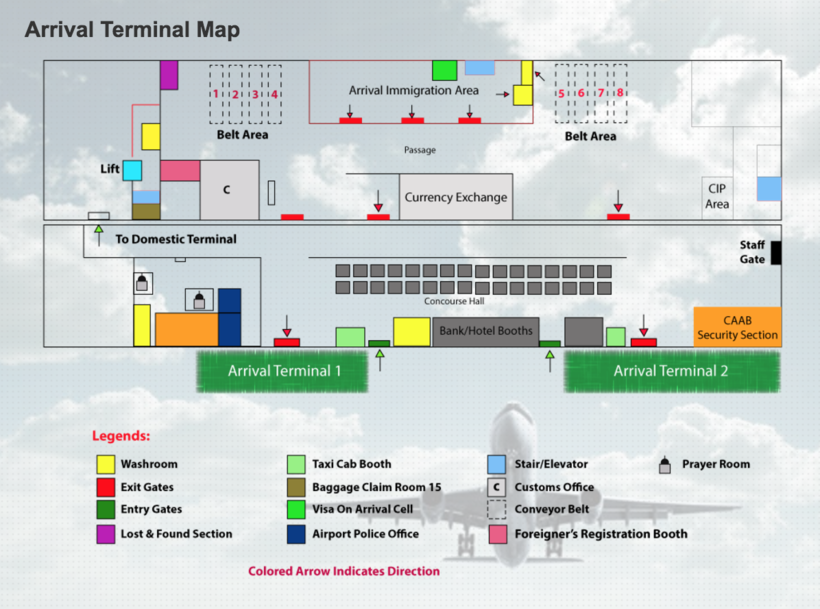 If you happen to be met by no one, go to the cab stand, which is called pre-paid taxi and order a cab there. A trip to the city center will cost about 5 USD (400 BDT) and you pay at the cab stand. If you take a regular city cab, negotiate the price with the driver before the trip begins.

There are a lot of autorickshaws (tuk-tuks) in Dhaka, which are called CNG here, but they are not allowed access to the airport area, so you can only catch an autorickshaw from the main road: you have to walk a bit away from the airport building. The cost of a ride to the city center by autorickshaw is approximately 1.5 USD (100 BDT). It is very important to agree on the price in advance. If the driver will have a meter, insist on driving according to the meter: you risk driving longer than necessary, but you will be sure that the price is correct. 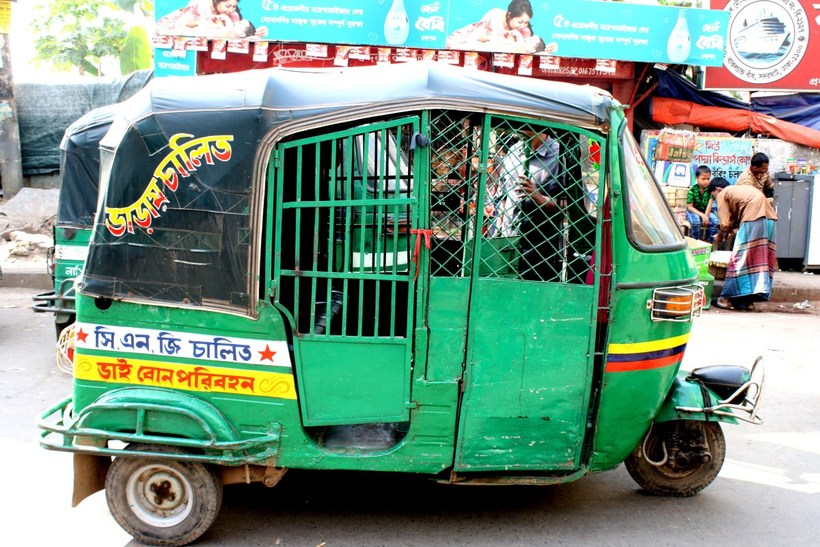 Another way to get to the city center is by bus. The bus costs about $0.06 USD (5 BDT), but personally I would not recommend this way of travel, especially when you just arrived: the bus has no air conditioning, it’s always crowded, the names of the stations the conductor shouts out incomprehensibly and very quickly. To end up on such a bus with suitcases is not the most pleasant prospect, in my opinion. 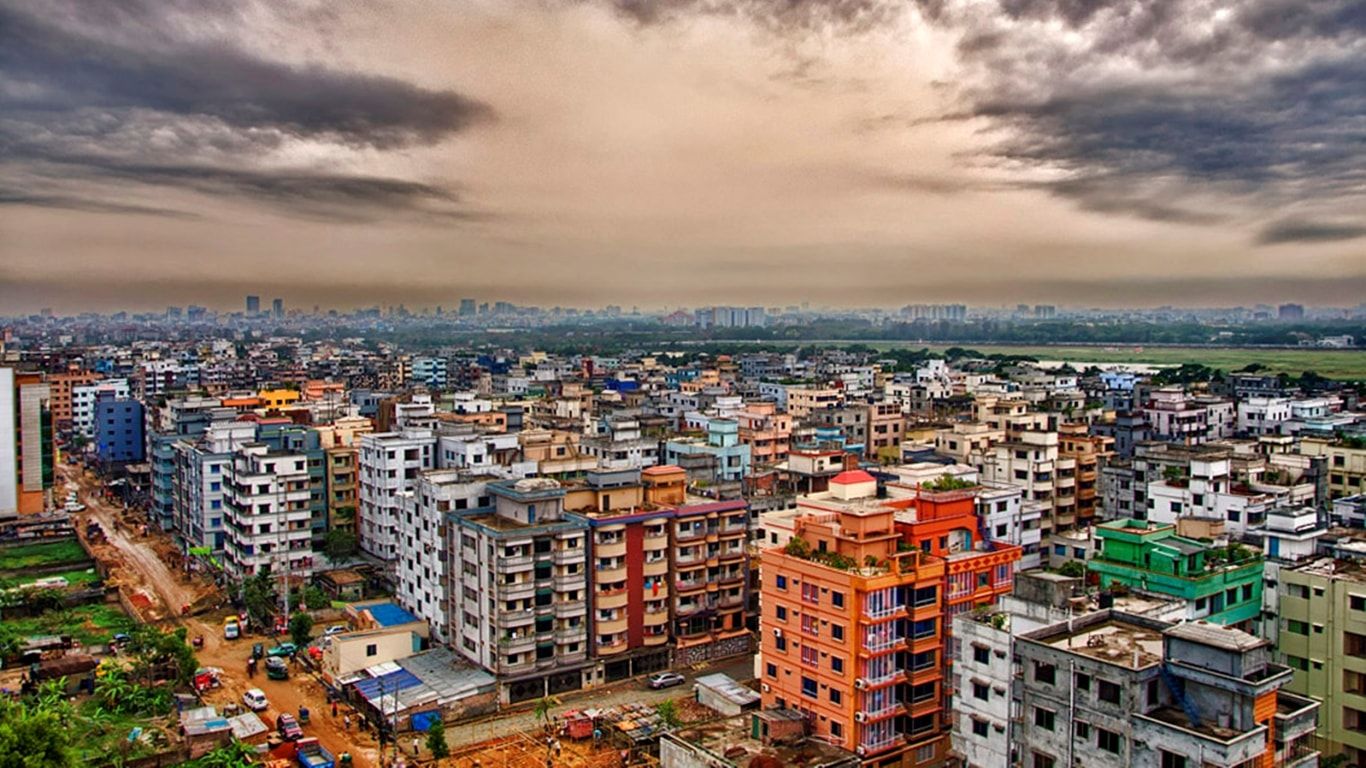 Dhaka – a diverse and colorful capital of Bangladesh, which surprises you with its history, culture, unique nature and, at the same time, total poverty. 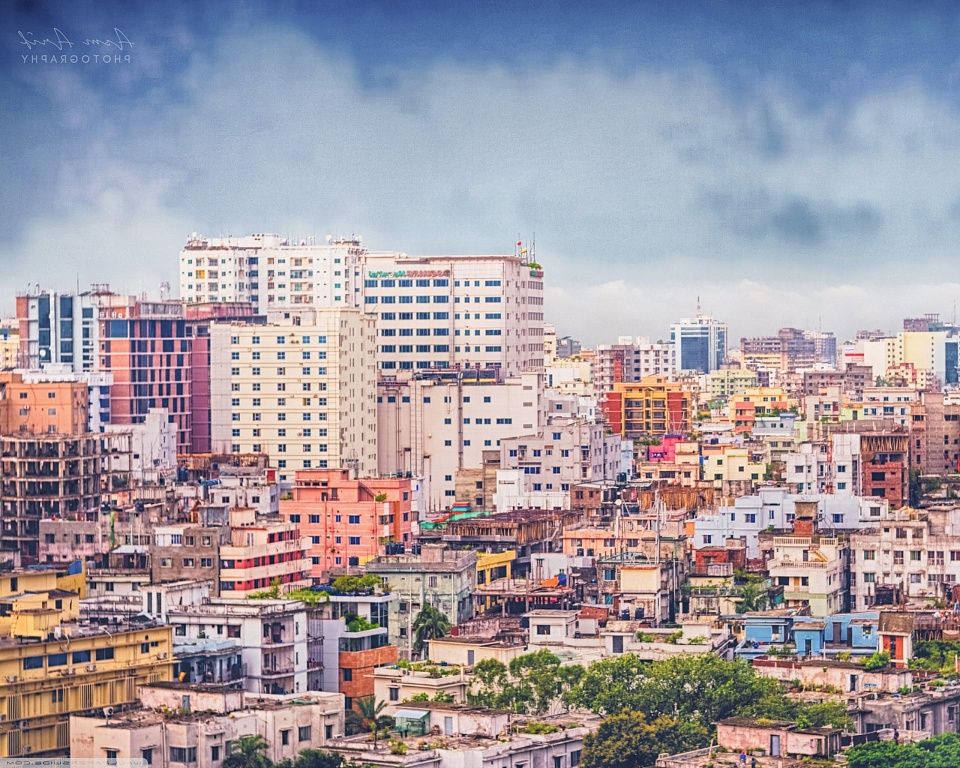 The city was founded in the seventh century A.D., historical events that have left their mark on the appearance of the city. I suppose for a version of the origin of the city’s name: after the goddess Durga, after a tree with valuable resin.

By 1700, Dhaka’s population had greatly diminished due to famine, devastation and constant raids.

Now Dhaka is a vibrant metropolis, the tenth in population, where Bengali is spoken, Islam is practiced, and the business climate is active. 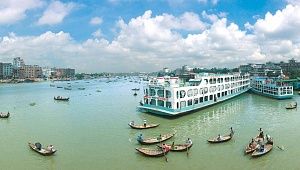 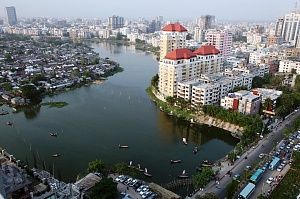 The city is located on the banks of the Burkhi-Ganga River, in the heart of Bangladesh. The city has a predominantly sweltering and hot weather. Heavy rains are typical for Dhaka from May to September, with an unbearable heat outside the window – 38-40 degrees. During the winter the temperature drops to a mark – 20-30 degrees. The best time to visit the country, and specifically the city of Dhaka from October to February. 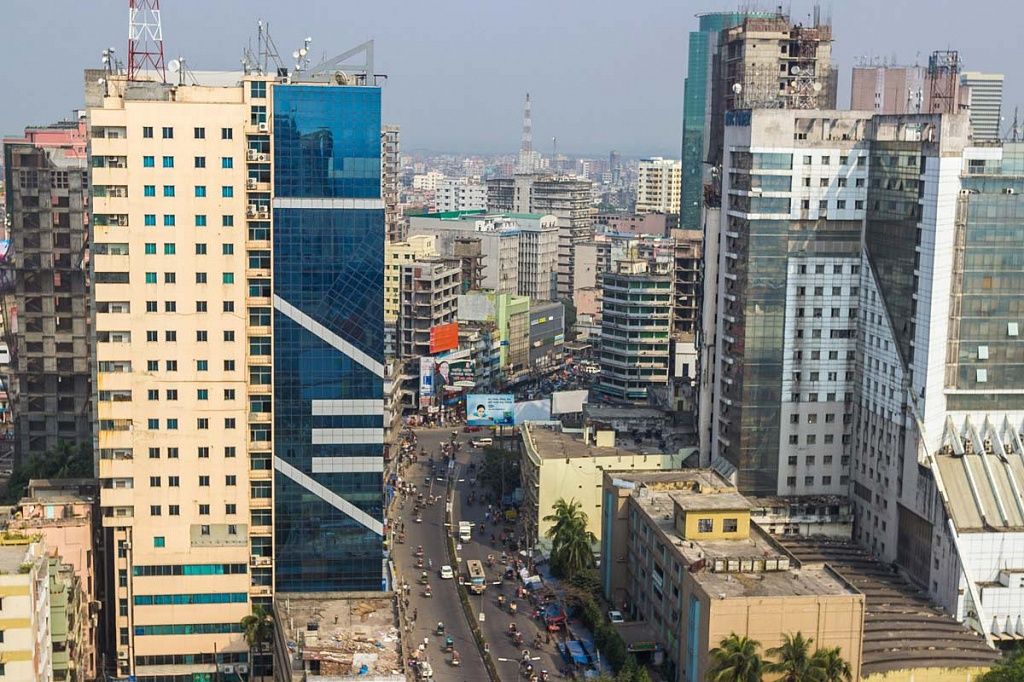 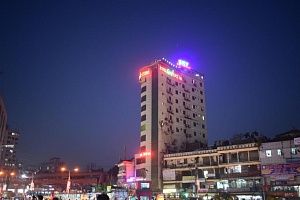 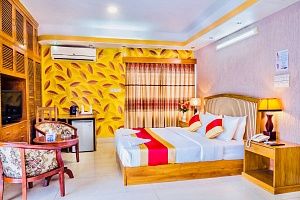 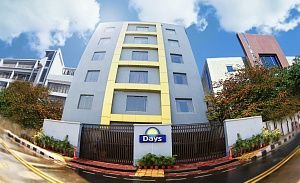 Bazaars and markets are considered a shopaholic’s paradise with prices much lower than many souvenir stores. The local bazaar is a real chaos with narrow aisles, stalls and piles of goods, but at the same time, a godsend for those who know and love to haggle.

If you prefer a measured, unhurried shopping experience, then head to one of the malls called Bashundhara City. 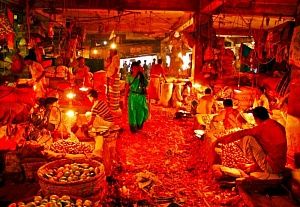 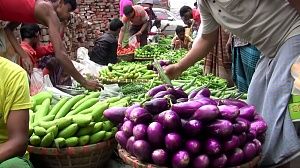 Dhaka has a large number of street food carts in addition to numerous cafes, restaurants and coffee shops – all tourists, of all incomes, will be fed. There are cheap eateries in the old town where you can taste traditional Bangladeshi cuisine. Local chefs use meat, fish, lentils, eggs, and vegetables in the preparation of dishes, all seasoned generously with spicy sauces. Particular attention should be paid to the local sweets, which are made from sugar and cottage cheese. Recommended to try first of all dairy sweets “Ros malai”, sweet curd “shondesh”, sweet rice with nuts “zorda” and the famous curd balls “roshgolla”.

Among the drinks popular dairy “Lassi”, which tastes like yogurt. Alcohol, due to the local religion, is not common. The only exception is rice beer.