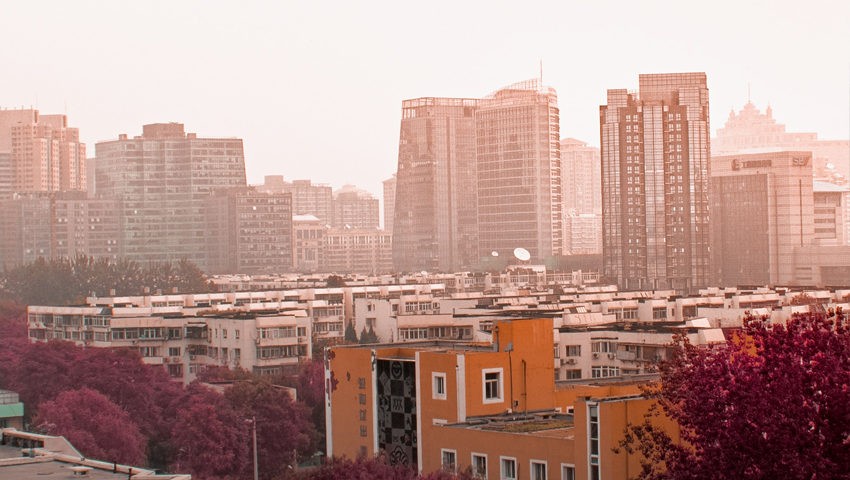 Randers was a commercial and ecclesiastical center in the Middle Ages and was granted city rights in 1302. The city center has pedestrian streets and many old buildings such as St. Mortens Church (built around 1500), the Holy Spirit House (around 1450), the town hall (1778) and a number of half-timbered houses, a history and culture museum, the main library and several galleries. Randers Rainforest is a tropical zoo. Memphis Mansion is an event house that is an exact replica of Elvis Presley’s home in Graceland, Memphis.

The town is located at the wide exit of Goodenough and is a traditional old industrial town known for manufacturing gloves and rope. Today, wind turbines, railroad equipment (Bombardier) and slaughterhouses (Danish Crown and Tulip Food Company) are among the most important industries. Randers is a road and rail hub with a port and airport.

Between Randers and the mouth of Gudenenen is the Randers Fjord Nature Park, which is divided into seven different areas, each with its own characteristics, from old ramparts to fishing and birds.

Gloves have been made in Randers since the Middle Ages, and in the early 18th century the town became seriously famous for the product. Otherwise, the city’s overall progress slowed in the second half of the 17th century, when it was besieged during the Swedish wars and was devastated by plague and fires. Beginning in the mid-18th century, however, it began to move forward again. The city’s muddy harbor was deepened and cleaned, and shipping began to flourish. Randers grew so rapidly that on the eve of the 19th century, with its 4,500 inhabitants, it was Jutland’s largest city.

READ
When should I go to London, England?

In the second half of the 19th century the city began to grow in all directions, and a large industrial area sprang up near the harbor. Crafts and industry in particular received a significant boost in these years, and the city became one of Denmark’s most important industrial cities, although trade and shipping remained important occupations in the city. In 1862 the railroad from Aarhus opened, and since then the city has been a hub for lines to Hobro, Gren and Hadsund. The advent of the railroad, however, had a downside for Randers, because the previously dense traffic on Gudenaenaen, which had been the center of the town, disappeared because of the railroad. In turn, the Skandia rail and streetcar plant (since 1861) became the city’s largest enterprise. At the turn of the century the factory employed about 400 people. In addition, Randers had a large number of large and small companies.

In the mid-1980s, the three major occupational groups – commerce, industry, and service industries – were roughly equal in size, but since then the service industries have grown and now employ half the workforce. Randers is still a major commercial and industrial city, but industry has undergone some changes. Scandia was taken over by Canadian transportation giant Bombardier, and high-tech industries such as the graphics and electronics industries have emerged.

Wind turbine company Micon was founded in 1983, and when it merged with rival Vestas in 2004, the new company became the world’s largest wind turbine manufacturer. The new group was headquartered in Randers. Despite the city’s success in attracting new and innovative companies, it had already reached its highest population level around 1970, when more than 58,500 people lived in the city. There has been a slight decline since then, but the population stabilized in the early 1990s, with 55,739 residents in 2004.

I am the author of many articles on this site and a travel blogger. In 2011, I quit my corporate job and started traveling. I have been to 36 countries on 6 continents and do not want to stop anytime soon!

Randers is a city in Denmark

Hello to all those who are now on the Travel World Online site and reading articles about different parts of the world with genuine interest! Our series of fascinating journeys to the territory of the Kingdom of Denmark continues at this time. The country is small, but the centuries-old history of its cities and the number of their attractions are simply amazing. Yesterday we visited another city in Denmark – Esbjerg, which is rightly considered the tourist center of the country. Today our journey will take us to Randers. Randers is the administrative center of Randers, located in the eastern part of the Jutland Peninsula, just north of Aarhus. The city’s population reaches 59,842 people (2009 data). Randers – a city in Denmark The city was first mentioned in 1086. Randers was an important religious and commercial center during the Middle Ages, which was a consequence of the rapid development of the city. In the 17th century, the city was engulfed by fire and many buildings were destroyed. View from the top of the main square of Randers One of the streets of Randers

Some of the houses of the merchants of the time and some other buildings have survived, which include the Monastery of the Holy Spirit, dating back to 1510, and the Church of St. Martin, built in 1490. Now Randers has developed agricultural, textile, and food industries. A horse monument in one of the streets of the town Randers and its sights

Randers is rich in sights. For example, the Royal Palace, built in the 12th century. It has gone through many restorations, but has remained just as magnificent. Famous is the monument to Niels Ebbesen, who was a peasant leader.

It was he who led the rebellion against the Germans. The church of St. Maarten, mentioned earlier, is also famous. In the church of St. Martin. It is decorated with statues of saints, and on the walls hang plaques with the names of the merchants who donated to build the church. The Church of the Virgin Mary and the Church of St. Olof are also worth a visit. at the Tropical Botanical Garden

The most interesting place in Randers is the Tropical Botanical Garden. It can be described as a jungle of tropical fauna.

Equally interesting is the Elvis Presley House, although it was opened only recently. The house is similar to the original, the only difference is that it is twice as big. There are more than 6 thousand personal belongings of the king of rock ‘n’ roll. Also worth noting is the Art Gallery, founded in 1887. Exhibitions and cultural events are often held there. At the Art Gallery.

Runners is a great place to spend your vacation strolling through the narrow, quiet, but incredibly picturesque streets. In the town there are still houses of rich merchants (also called half-timbered houses), built in the Middle Ages, which are very attractive to tourists. At this point our trip through Randers town has come to an end, next time we will meet in the amusement park Tivoli.

Randers – the city of Denmark : 3 comments

I did not know that Elvis Presley lived in this town… What a humble house… It’s an entertaining tour.

Thanks for the tour. At least I got to visit the City of Randers, Denmark. The photo report is great. The tropical botanical garden is fascinating. Thank you guide.

Perhaps this city is not as well known to tourists as Copenhagen? A very unusual art gallery building.