Sitka – American city in Alaska, which until 1867, was the capital of Russian America and was called Novo-Arkhangelsk. It is located on Baranova Island, which is part of the Alexander Archipelago. It is a popular tourist destination, with over 100,000 tourists arriving here annually on cruise ships.

Sitka offers stunning views of the Pacific Ocean, with frequent sightings of surfacing whales and flying eagles overhead. On the other side is a view of Mount Edjumb, which is a dormant volcano. Locals have a wealth of opportunities for outdoor activities: fishing and water trips, hiking and biking on the many organized trails. Local cafes and restaurants offer a huge selection of fresh seafood and fresh game. Downtown at Reindeer Redhots you can try the legendary hot dogs with reindeer meat.

General characteristics of the city

Sitka has an oceanic climate. Winters are mild with lots of rainfall. Summers are cool with moderate amounts of rain.

READ
When to go to Beijing, China?

The average cost of buying a home is $338600, which is just under 5 times a person’s annual income. Here, with a job, you can pay off your mortgage much faster than in many other states. According to official data, 40.8 percent of homes are owned. The number of renters is 59.2 percent.

If you have already paid off your mortgage, your annual tax bill will average between $400 and $600. This is the amount 49.2% of the state’s residents pay.

If your property is in a mortgage, the payments will be higher. On average, such owners pay between $1,000 and $2,000 per year.

The main sector of employment in Sitka is fishing. It employs 18% of the city’s population. The tourism sector is strongly developed. The public education and health care systems are also major employers, employing 482 people and 250, respectively. The U.S. Coast Guard employs about 200 people. 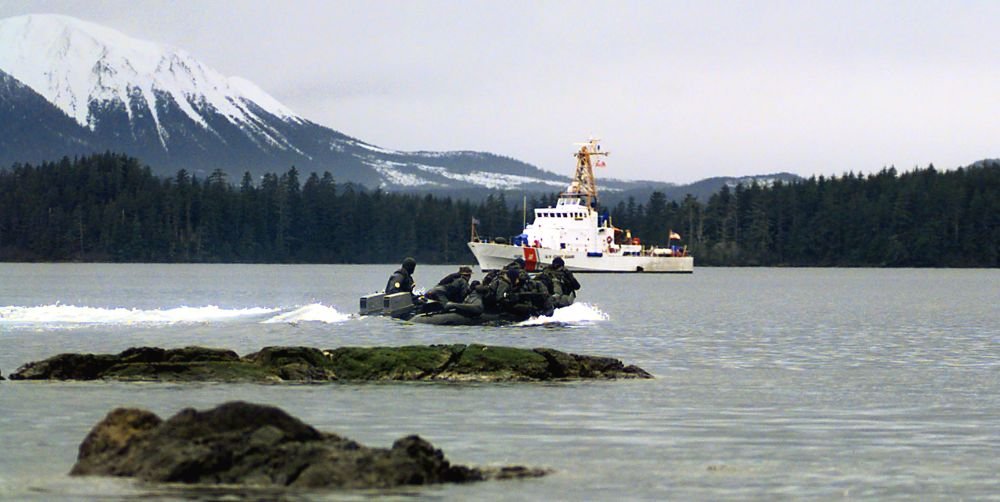 READ
The sights of Turin, Italy.

Those wishing to pursue a career in military affairs or public safety go to the Alaska State Trooper Academy.

There are several schools in town, including:

About 3% of the population speaks Russian, and 10% are descendants of Russian immigrants.

Racial composition of the population:

Sitka Community Hospital is centrally located and provides all types of medical care, including emergency care, urgent and elective surgery, treatment of all diseases, rehabilitation services, nursing and home visits.

Edjumb Hospital is located on Japanese Island, half a mile from the airport. It is the main primary care center for Alaska Natives and has several specialty clinics in areas such as neurology, orthopedics, ophthalmology, dermatology and dentistry.

On weekdays, there are two bus routes in the city that carry passengers from 06:30 to 19:30. Bicycles and personal vehicles are very popular among the locals.

The local airport, named after Rocky Gutierrez, is located in the city. Rocky Gutierrez Airport, located on Japanese Island, serves more than 65,000 passengers a year. The regular route network includes the cities of Anchorage, Juneau, Seattle and Ketchikan. In addition, the schedule includes seasonal flights to smaller communities in the region. The airlines present are Alaska Airlines, Delta Connection, and Harris Aircraft Services.

The Alaska Marine Highway System, a marine ferry system, connects Sitka to the mainland and the continental highway network all the way to the Canadian province of British Columbia. In the other direction, there are boat trips to most of the Aleutian Islands.

Sitka residents cherish their heritage and Russian traditions. The traditional Russian Christmas holiday is celebrated here annually. In March, the Day of Blessing of the Fleet is celebrated. During the summer there are a huge number of music, arts and crafts festivals. These include:

READ
Sukhothai, Thailand - where is it, what to see and when to go

In October, Alaska Day is celebrated, symbolizing the territory’s transition from the Russian Empire to the United States.

The city is home to St. Michael’s Orthodox Cathedral, rebuilt in 1976 to a design by Russian architect S. N. Padukov. The original building was destroyed by a fire in 1966.

It gave away Alaska: the largest city in the United States 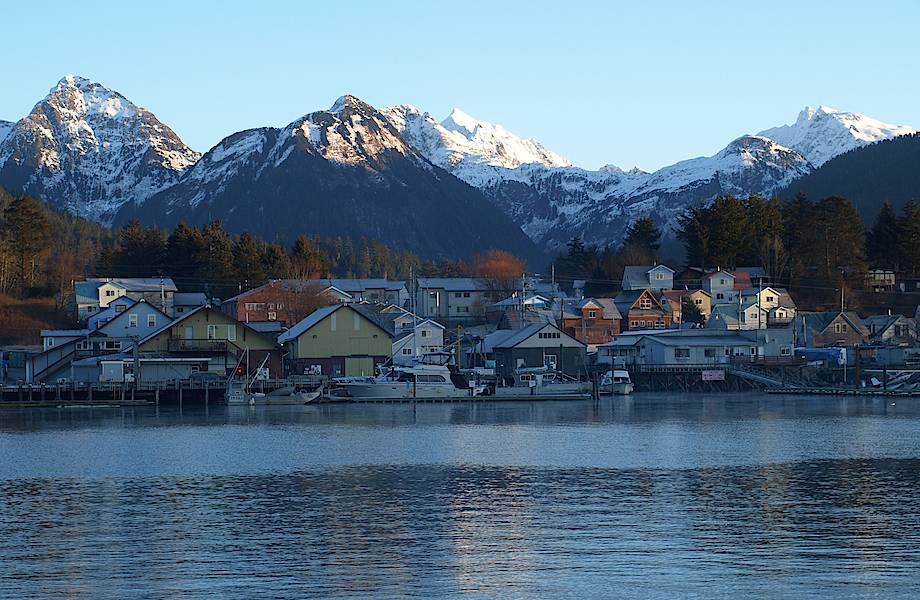 Sitka is in Alaska, and like many other cities in the state, is not densely populated. Only 9,000 people live in the city. 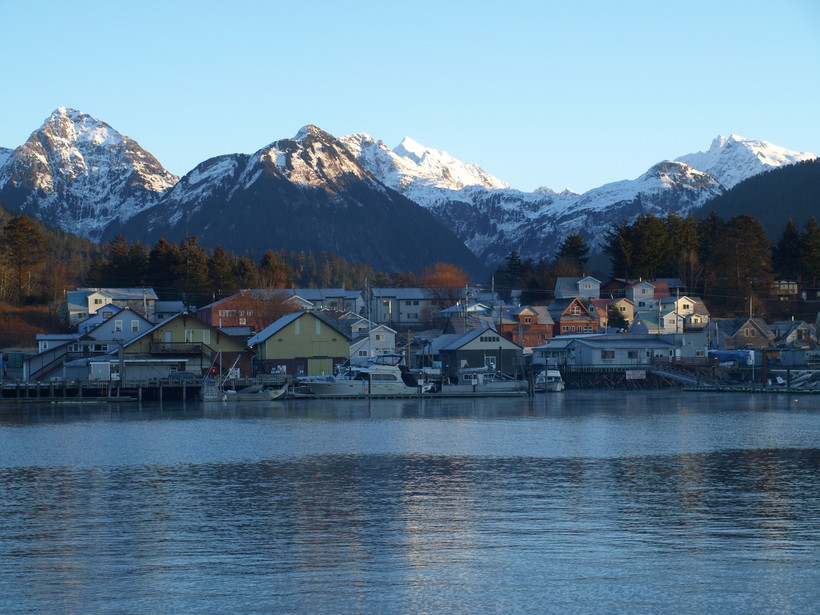 Sitka was also once the capital of Russian America, as it was where the Russians settled in the 18th century. Let us tell briefly how it was)

Like most of the United States, before whites arrived on the mainland this area was inhabited by the Tlingit Indians, who were engaged in fishing and hunting. They were quite warlike, and other nations were afraid of them. However, Alexander Baranov, a native of the Russian Empire, was able to negotiate with the tribe and in 1799 he founded a fort on the bank of the creek, now known as Old Sitka. However, not three years later, the Indians killed almost all the inhabitants of the fort, but in 1804 the Russians again occupied this land, this time building a fort on a steep hill near the creek, which was more advantageous in strategic terms. 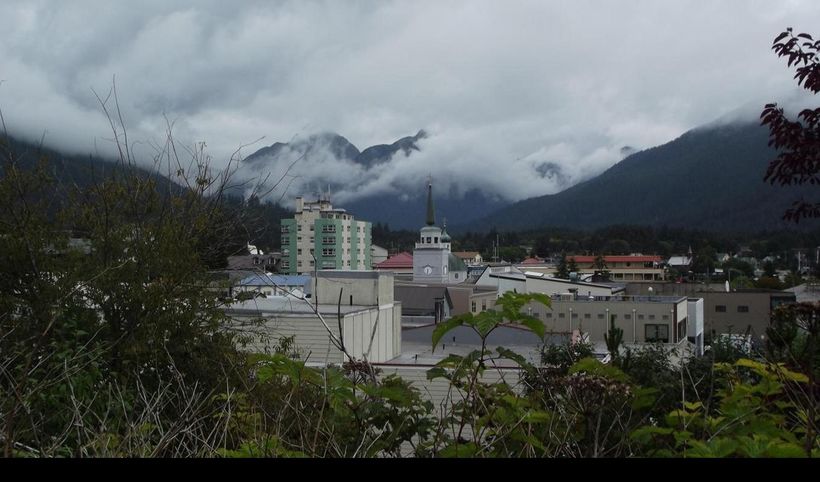 This settlement turned into Novo-Arkhangelsk, and from 1808 the city became the center of Russian settlements in Alaska, the Alexander Archipelago, and the Aleutian Islands – the capital of Russian America. These territories also included Elisabeth Fortress on one of the Hawaiian Islands, which at one time were planned to be annexed to the Russian Empire. In the 1840s the town already had more than a hundred houses, an Orthodox church, and a Lutheran church.

But in 1867 Russia decided to sell Alaska. It was in Novo-Arkhangelsk that the ceremony of transferring part of the continent to the United States was held. Around the same time, Novo-Arkhangelsk was renamed Sitka.

The city was still the capital of Alaska for a long time, until in the early twentieth century it was moved to Juneau.

In fact, even the fact that this city is the former capital of Russian America is already interesting. Now, of course, there are very few Russians, about 10% of the total population are descendants of the early settlers, and only 3% speak Russian. The people here mostly live off the fishing industry (not much has changed since the days of the Tlingit Indians, right?)), and the city is quite peaceful: crime rates are lower than in other Alaskan cities. Ecotourism is also growing in the region. 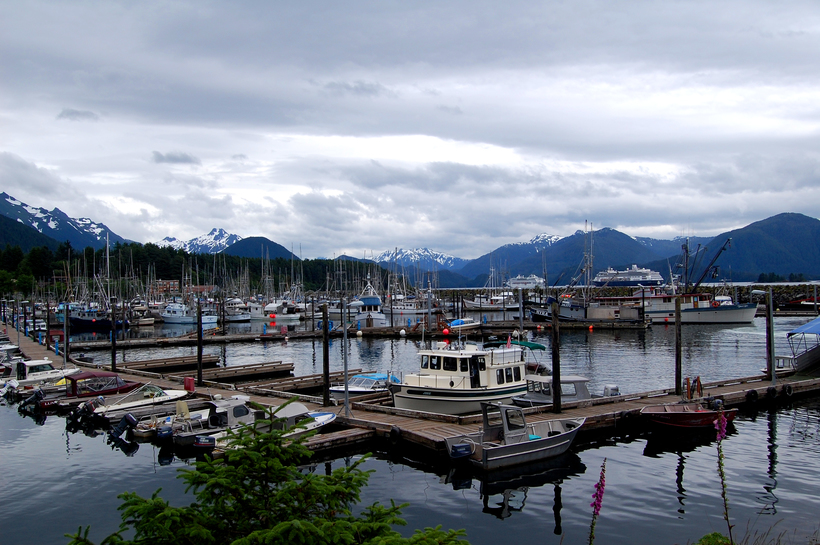 Fact #1 . Sitka was settled by Tlingit Indians more than 10 thousand years ago.

Fact #3 . The transfer of Alaska took place on October 18. Every year on that day Alaska Day is celebrated, with a ceremony in Sitka to change the Russian flag to the American flag. The festivities last for a week: historical films and themed exhibitions are shown. 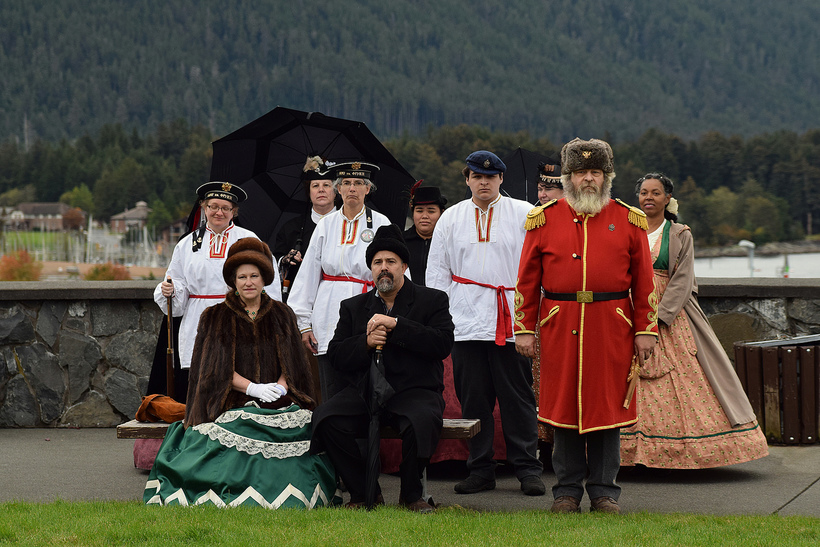 Fact #4 . You can only get to Sitka from many cities by boat or plane. The city operates a ferry.

READ
A Visit to Santa Claus.

Fact #5 . Despite the huge size of the city, Sitka’s roads are only 23 kilometers long.

Fact #6 . The romantic comedy The Proposal, starring Sandra Bullock and Ryan Reynolds, is set in Sitka. However, the scenes were actually filmed in Massachusetts.

Fact #7 . It rains an average of three days out of five in Sitka.

Fact #8 . The average monthly temperature in this region ranges from about 3 to 14 degrees Celsius.

Fact #9 . Russians began to develop Alaska as early as 1730, and in 1784 Grigory Shelikhov reportedly accustomed the locals to turnips and potatoes, and also spread Orthodoxy among some tribes.

Fact #10 . In 1848 the first Orthodox church in North America was built in Sitka. St. Michael’s Cathedral burned down in 1966, but it was rebuilt as close to the original as possible. Fact #11 . Sitka hosts a Whale Festival. It is dedicated to the migration of humpback whales through Sitka Bay.

Fact #12 . Sitka is home to the city’s raptor rehabilitation center and a history museum featuring indigenous and Russian migrant items.

Join our community on Telegram, there are already over 1 million of us