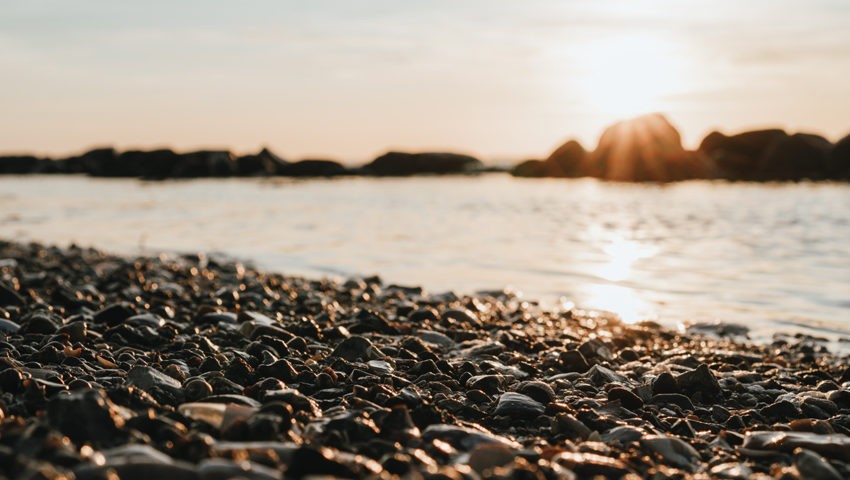 Horsens is a charming town on the east coast of Jutland with a history that dates back to the Middle Ages.

The city center has good shopping opportunities, a good selection of cafes and restaurants, and beautiful parks and recreation areas. There are beautiful natural areas nearby that are great for hiking or biking, as well as beachfront recreation.

Horsens has a good selection of museums and galleries, including the Danish Industrial Museum, and the Horsens Art Museum is home to the largest exhibition in the country by Michael Quium. If you’re traveling with kids, be sure to visit the Aqua Forum and Horsens Lekeland. There is play and entertainment for the youngest in the family. There are beautiful natural areas in close proximity to the city, and there are plenty of experiences to be had. Take a walk in the woods, take a paddle trip on the Gudenoen River or go kayaking along the coast. You can also try your luck fishing here. A good tip is to take the ferry to Endelave Island.

There is a large selection of charming and cozy eateries on the Søndergate pedestrian street and nearby streets. From traditional Danish open sandwiches to sushi and juicy steaks, there’s something for everyone. In some restaurants, you can enjoy al fresco dining and watch the bustling city life.

Horsens has a large selection of general and specialty stores. The widest pedestrian street in Denmark is in the heart of the city and is the place to go shopping. There are more than 150 stores in the center of Horsens alone – everyone can find something to do here.

If you take a trip to Horsens, nature is always around. One of the main attractions in the area is Den Genfundne Bro, which is located in a breathtaking and picturesque place with many natural attractions nearby. To relax, the woods around the Gudenenen River are a great place. The surrounding area is great for exploring by bike, and there are plenty of bike paths to enjoy the beautiful scenery while riding.

Horsens is known for its many cultural and recreational activities. If you are interested in music, art, history or festivals, you will find everything in this cultural city.

Horsens has become a magnet for tourists because of the prison, which shows life “behind the walls”. The city has also earned a well-deserved reputation for attracting big international names from the music industry.

Horsens played a key role in the Middle Ages with a number of monasteries and fortresses. This is celebrated every August during the huge European Medieval Festival and the streets are filled with knights, jugglers, troubadours and all the other medieval entourage. There are also plenty of exciting outdoor activities all year round. For example, you can ride a pony around the fjord or explore the city from the water in a rented canoe.

Horsens is a true music center with a wide variety of concert halls, including the Horsens Forum, which hosts concerts with big names like Madonna. The hall is also used for conferences, lectures and sporting events, so you have a good opportunity to watch a handball game at the highest level during your weekend trip. Enjoy a standup, concert or play at the Horsens Ny Teater, where artists like Bob Dylan and Robbie Williams have performed.

The former Horsens Prison is actually also a world-class concert venue where artists like Metallica have performed. Take a tour, see the exhibits, and learn a little about what life was like for the inmates and its staff. Those especially interested can spend the night in the cell!

Artist Michael Quium grew up in Horsens, and the largest collection of his work is housed in the local art museum. From the museum, it’s recommended that you head up to Market Street to stop by the cafe and think about Quium’s symbolism while enjoying a cup of coffee. It’s easy to get here by car or train if you’re already in the country, and Copenhagen airport is only a short flight from Norway. To see all the sights, you can easily get around by bus or bike.

Concerts, scenery and culture are all inextricably linked. In other words, everyone will find something for themselves. The most special thing about the city is its ability to attract you and your attention.

I am the author of many articles on this site and a travel blogger. In 2011, I quit my corporate job and started traveling. I have been to 36 countries on 6 continents and don’t want to stop anytime soon!

The City of Denmark – Horsens

Good day to you, dear friends, lovers of interesting stories and readers of our blog Travel World Online! Exciting journeys through the Kingdom of Denmark continue. They open to us each time more and more new and informative information about this wonderful country and give bright impressions. Last tour was to famous and very popular theme park in Denmark, which is completely built from LEGO – LEGOLAND. And today we go to get to know another Danish city which is called Horsens. 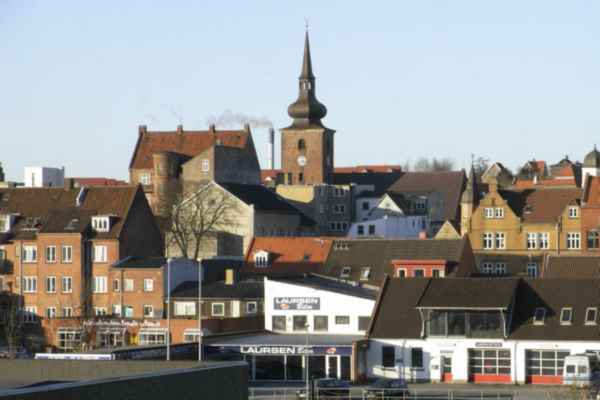 Synopsis of the city Horsens

Horsens is a city in Denmark, located in the eastern part of Jutland, which is the center of the municipality of the same name, a railway hub and a port. Population of Horsens is more than 50 thousand people. You can reach the city by train from Aarhus. The city has a symbol – a horse and its name probably comes from this symbol. 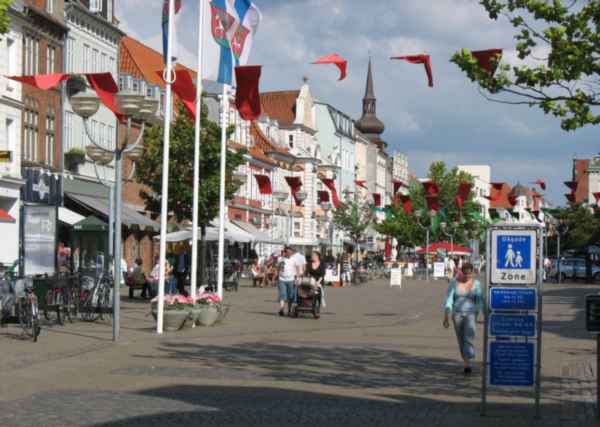 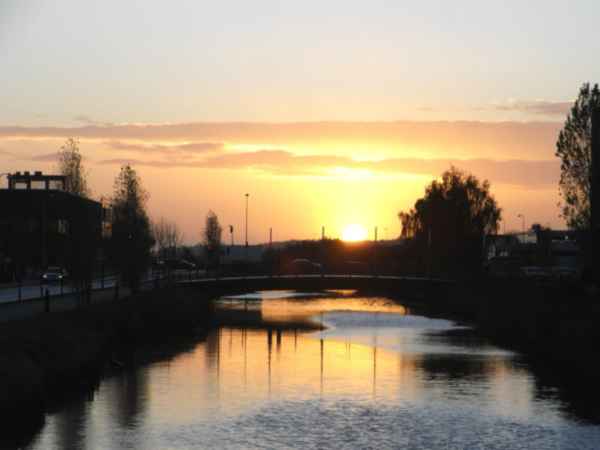 Horsens in the sunset

The date of the foundation of the city is thought to be between the 11th and 12th centuries. Originally it was a fortified town with several monasteries located in its territory. 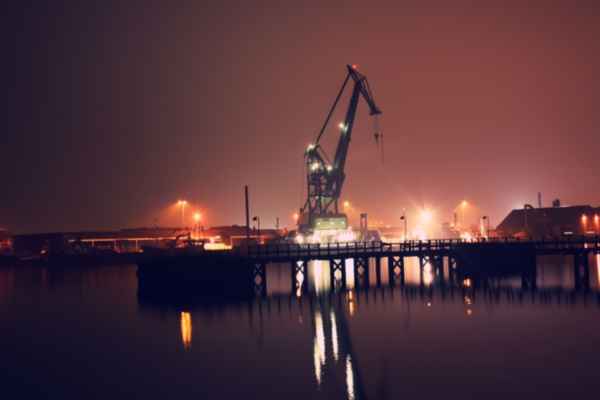 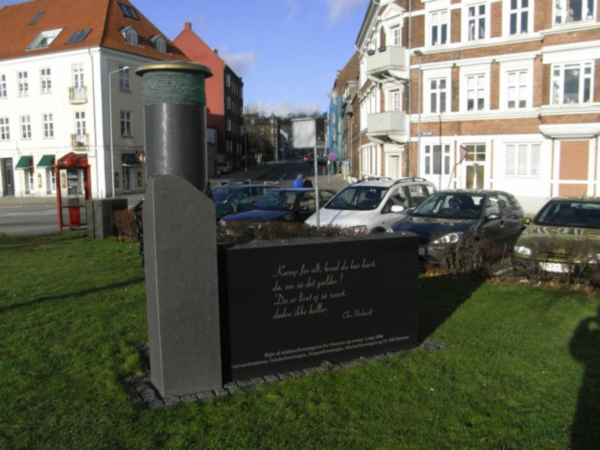 In the 15th century Horsens received its first trading charter, and by the 18th century it had become a major commercial center. Nowadays Horsens is also an important industrial center. Steel production, mechanical engineering (including various machinery), tobacco and food industry are developed in the city. 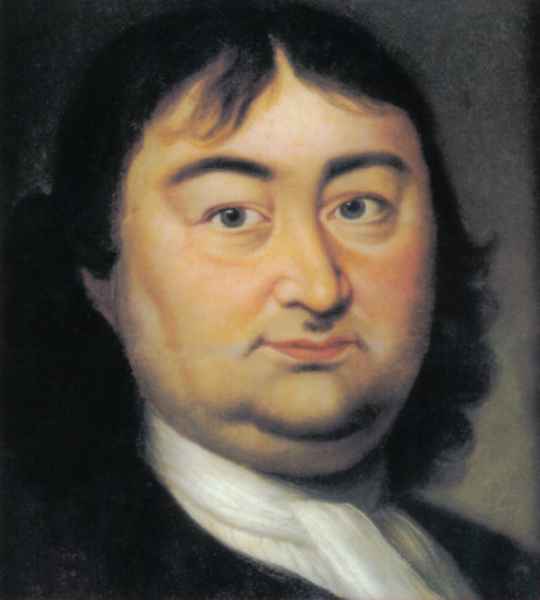 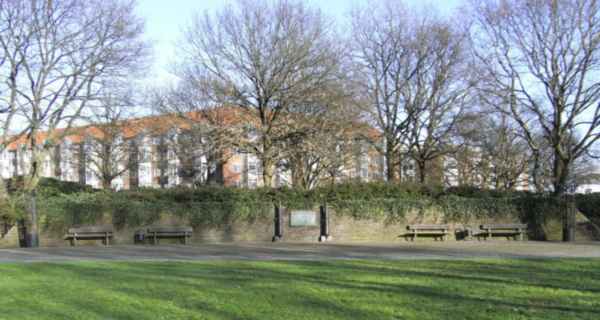 An interesting fact is that the famous explorer Vitus Bering was born in Horsens. His name is given to the park, where there is a copper plate with a map of Bering’s voyages, and the university, which is international. More than 20 thousand students from different countries of the world, as well as from Russia, study there. 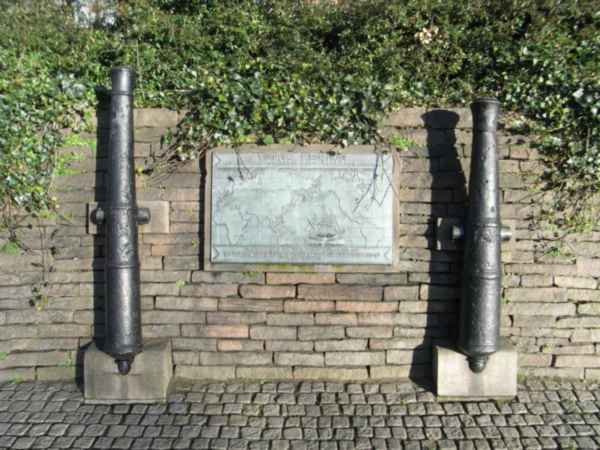 Copper plate with a map of Bering’s voyages 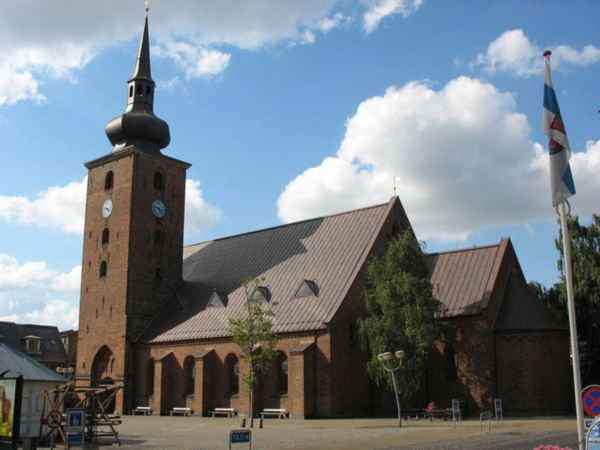 One of the main and oldest attractions of the city can be called the Church of the Savior, which was built in 1225 in the Romanesque style. 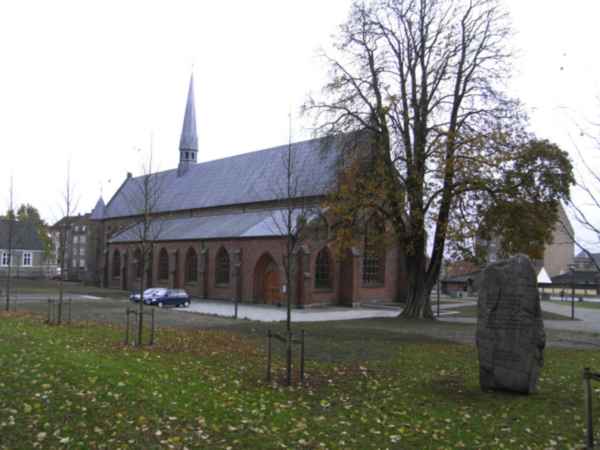 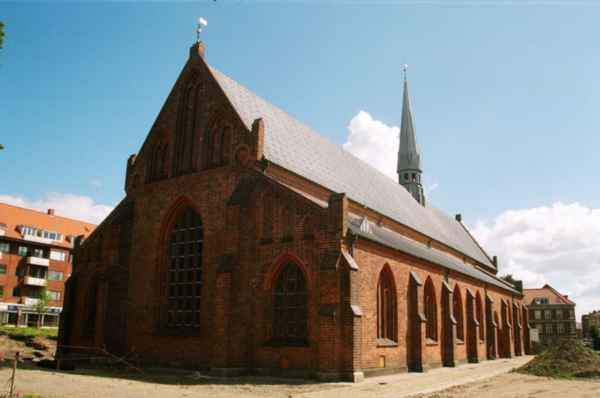 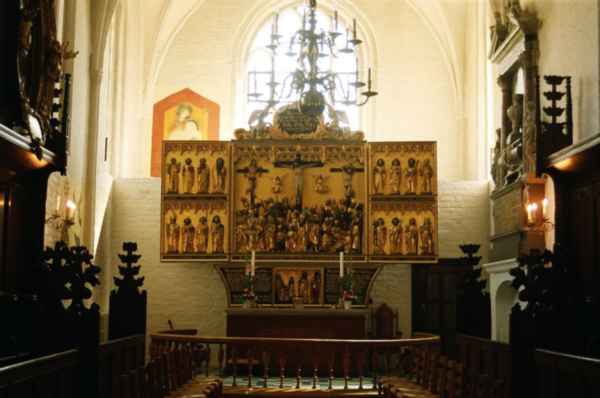 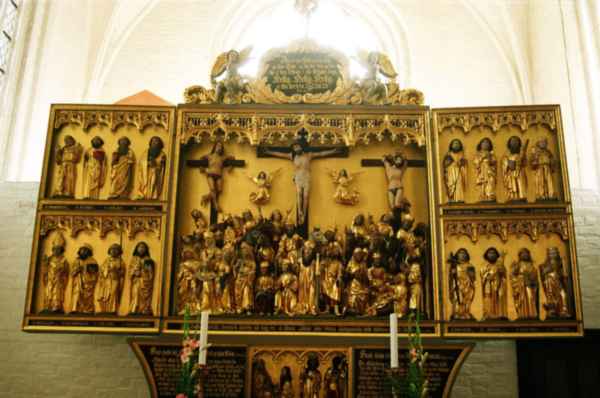 inside the Franciscan monastery chapel

Also interesting is the chapel of the Franciscan monastery, dating back to 1261. There is also a museum and several merchant’s houses dating back to the 18th century. 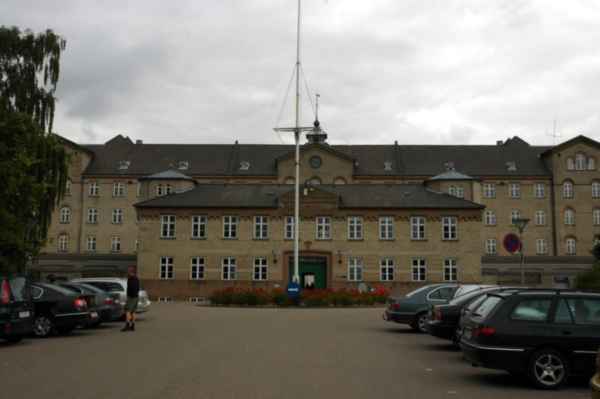 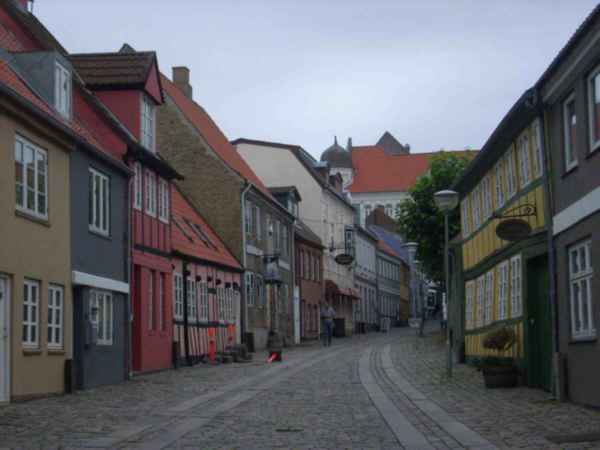 Horsens is a charming and incredibly attractive Danish city with well-preserved old quarters, some merchant houses and landmarks. Together with the mysterious atmosphere of the place, these elements attract many tourists, who are undoubtedly pleased with what they see. At this point our journey through the Kingdom of Denmark has come to an end and next time we will meet in the country of Malaysia.

Incredibly beautiful, clean, cozy and feel care and respect for your city. I had to live in a similar city on the Volga, but it is very difficult, almost impossible to compare.

Thank you for the article. Beautiful town Horsens with its history.Looking at these photos one can feel the tranquility and cleanliness.

Really unusual this town of Horsens. In my opinion, very different from previous Danish cities. All around breathes history …