Trakai is an ancient town on the territory of Lithuania, which is famous for its reputation as a tourist destination. Every year it beckons visitors eager to explore its remarkable surroundings. The Trakai castle, which historically played a defensive role and now is a piece of Medieval architecture, is the town’s main magnet.

Getting to know Trakai is not limited to the castle, because there are other outstanding sights, which will be discussed further in the article.

Trakai is located 27 km from Vilnius. There are many lakes around the town, which is why it was given the title “city on water”. One of the Galvė reservoirs, 46.7 m deep, is said to be the deepest here.

The history of Trakai dates back to 1337. According to chronicles, the Lithuanian Grand Duke Gedimin found beautiful natural surroundings near Kernavė, the former capital of the state, where he decided to establish a fort. This is how Old Trakai (formerly Trakai) came into being.

After Prince Gedimin moved to Vilnius, Old Trakai passed to his son Kęstutis. Under Prince Kęstutis, a whole assembly of castle structures was created to form the town. In addition to the Lithuanians, people of different nations participated in the development of Trakai, especially: 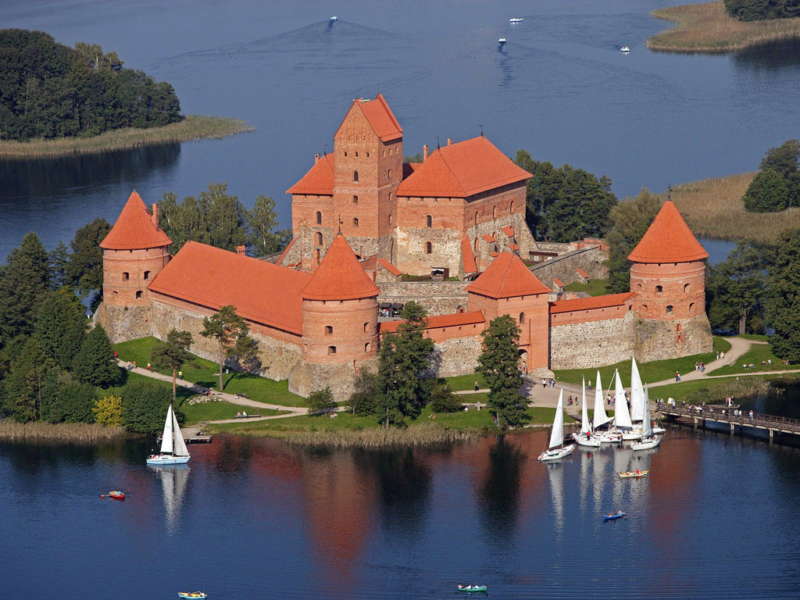 This is truly an architectural pride of the Lithuanians, existing since the 14th century and preserving its majestic appearance to this day. The town of Trakai became firmly associated with the castle. The fort was built near Galva Lake. The construction was repeatedly changed and rebuilt mainly to improve the defense against the Teutons.

After the Battle of Grunwald on July 15, 1410 the castle lost its significance as a defensive fortress, and later became a palace for dignitaries and foreign ambassadors, a residence of Lithuanian princes. And after the Polish kingdom began to be headed by a Lithuanian princely family in the 15th century, it became a prison for prisoners of the noble family. Since the last century, Trakai Castle has gained value as a historical museum.

READ
Where to stay in Bari, Italy: tips and best neighborhoods 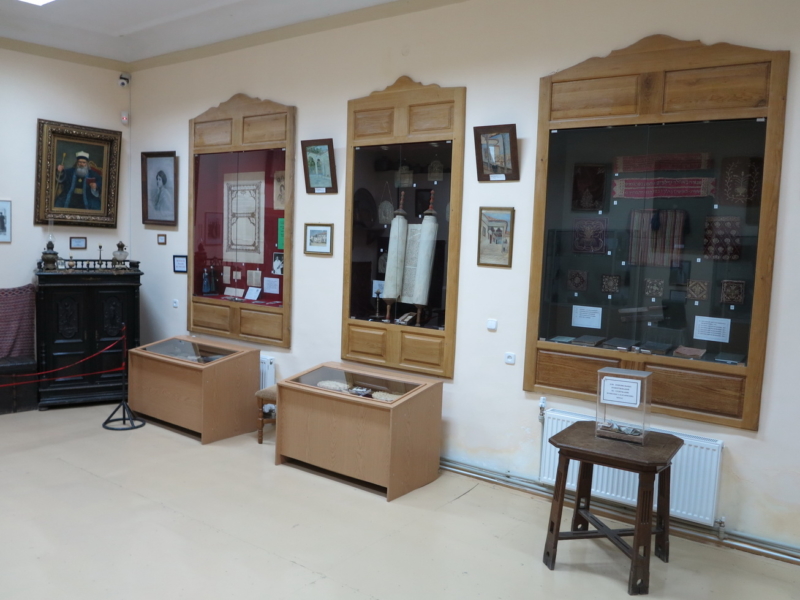 This museum will tell you about the history and culture of the Karaites. The Karaites are Turkic and are known for their hard work, courage, and literacy. Today the ethnos is under the threat of extinction: according to the world statistics the number of the Karaites is less than 2000 thousand, and in Trakai there are no more than 60 of them!

In 1940, an ethnographic museum was established to preserve the cultural heritage of the Karaites:

Mode of operation of the museum – Wednesday through Sunday: 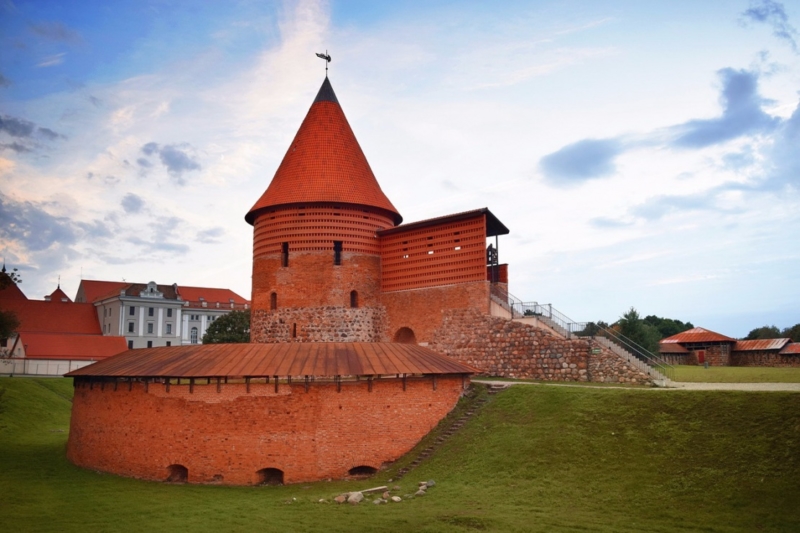 The main museum of Trakai today is a reconstruction of the Dominican monastery, which is located in the same area as the island castle. A distinctive feature of the structure is the restored castle gate with brick towers on both sides.

In the exhibition complex there are church objects, wooden prototypes of saints and paintings of religious themes. Part of the exhibition can be found in the basements of the museum, which have preserved their historical appearance. The museum exposition is called “Sacred Art Exhibition”.

The museum is open to the public from Wednesday to Sunday:

READ
Why to visit Alanya, Turkey 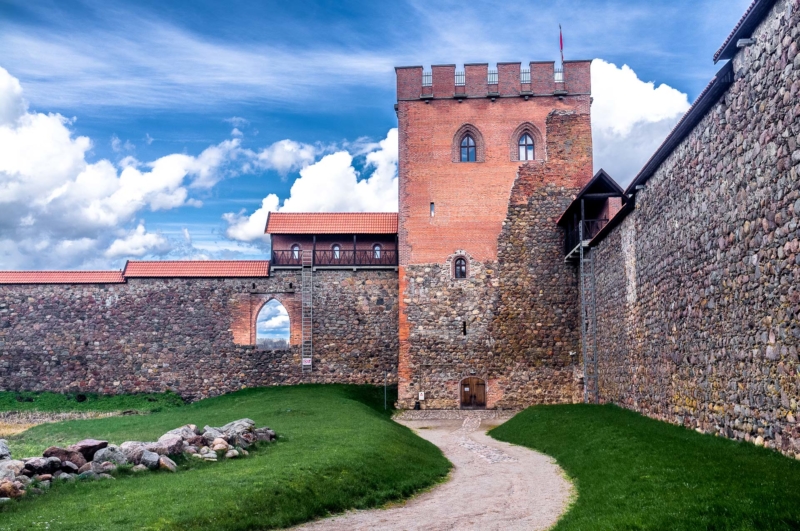 This citadel is famous in the same way as Trakai castle. Nowadays the walls of the building are partially preserved, unlike the main tower, where a museum exposition is organized.

At the exhibition you can see weapons, booty, paintings with scenes from the Battle of Grunwald, during which Poles and Lithuanians with the help of the Tatars and Russians crushed the Teutonic Order. On the top of the castle there is an observation deck.

The museum is open from Wednesday to Sunday:

Church of Appearance of the Blessed Virgin Mary 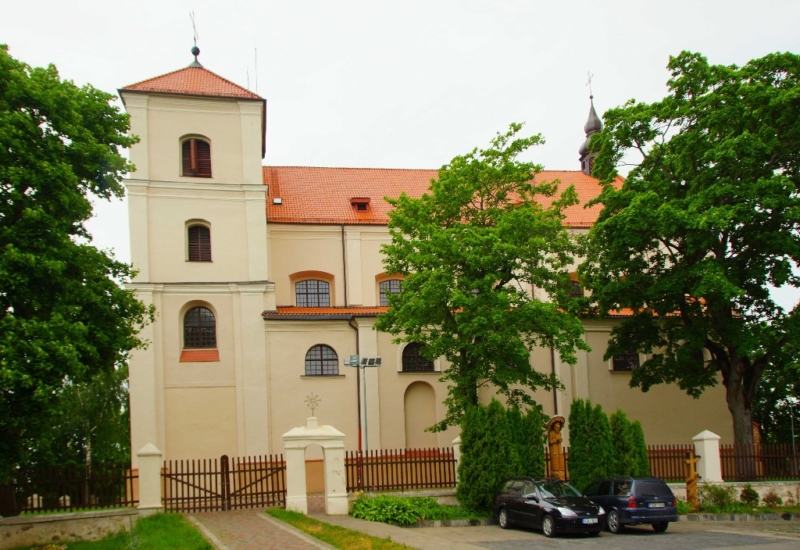 This church, which was erected in the 15th century, is an example of Gothic and Baroque architecture. However, its fate is not an easy one: it was subjected to several fires and was rebuilt several times. Next to the church building you can find a sculpture of John Paul II, who visited it during his wanderings through the Lithuanian churches.

Inside, the cathedral delights the eye with its aesthetics. The main attraction of the church is the miraculous icon of the Virgin Mary with the Child. Near it are usually made offerings with small metal hands, feet and hearts.

Catering in the city 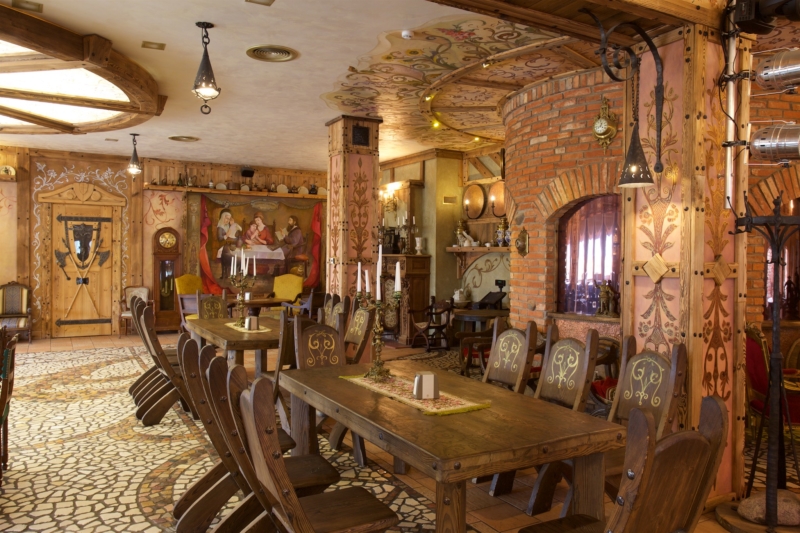 This restaurant represents the famous “Sianoi Kibinine” chain and is located in the village of Sausiu, Trakai district. Here are prepared numerous kinds of kibinai, as well as dishes of Lithuanian cuisine, which will impress gastronomic aesthetes.

Restaurants of traditional cuisine “Sianoi Kibinine” were awarded with the sign of “Culinary Heritage Foundation”. , which enshrines the recipe for the preparation of Karaite kibinai. Visitors of the institution will be pleased with beautiful exterior and organized inside magnificent interior with spacious halls.

The guests will also appreciate the quality of service. Various events – from weddings and banquets to conferences – are held here. 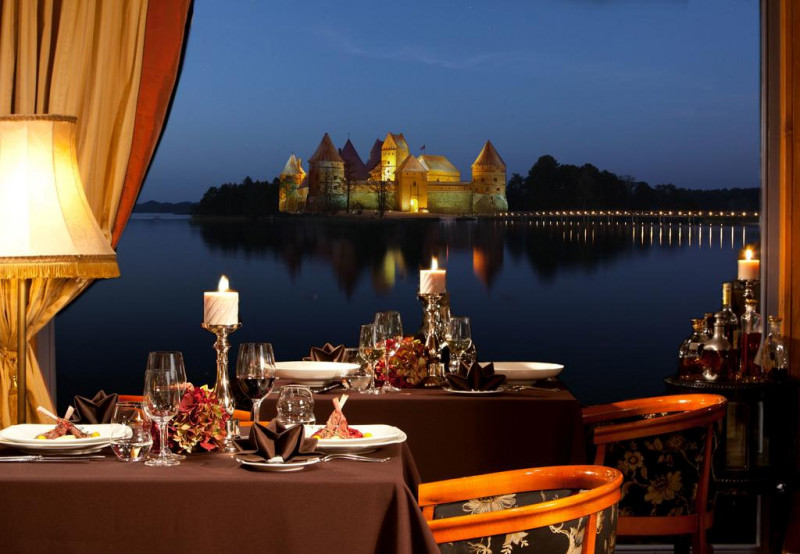 The cafe was opened next to the lake Galve with the same name. From here you can see the Trakai Castle on the island. The cafe is served by waitresses in Karaite folk costumes, who speak Russian in addition to Lithuanian and Polish.

Originally, kibbinai was cooked with lamb, according to the Jewish custom of eating kosher meat. And karaism is a form of Judaism. Over time, the range of meat expanded, so modern eating places offer kibbinis with beef and chicken as well. 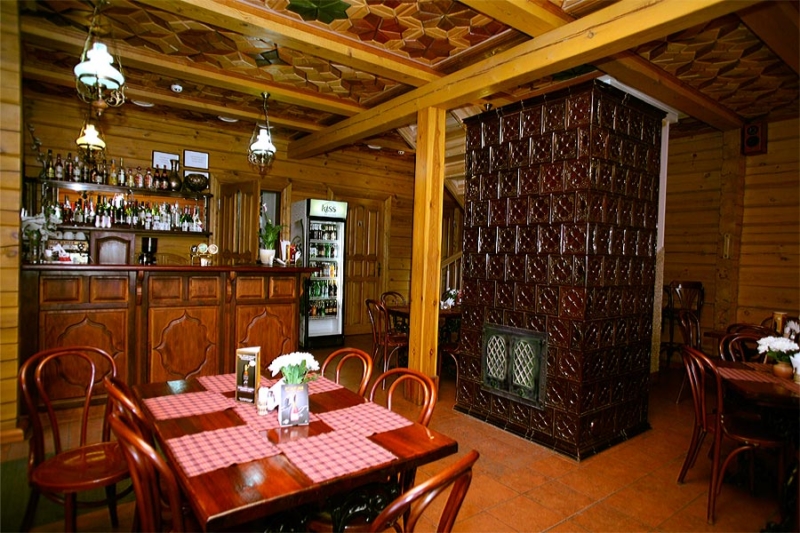 This public catering place carries the traditions of national cuisine. It is famous for its delicious Karaite pies, which are called kiubites. The pastries gave the name to this cafe. The restaurant is located on the shore of Lake Tatar.

Another gastronomic space presenting authentic Karaite cuisine. It offers a mesmerizing view of Trakai Castle. And if tourists have plans to visit it, there’s nothing to stop them on their way and taste the kibbins. One pie will be enough to satisfy your hunger.

The city of Trakai is a home to Lithuanian and Karaite cultures, and has a rich, centuries-old history. Be sure to visit the museums to broaden your horizons and learn about historical monuments. Don’t forget to try some Karaite delicacies on the way!

Trakai – the city of the Karaites and the great Lithuanian history

Grand Duchy of Lithuania is the East European state, which was established in the mid 13th century and existed until 1795 on the vast territory of modern Belarus, Lithuania, Latvia, Ukraine, Russia, Poland and Estonia.

After mastering the vast Black Sea lands, in the 14th century (1397-1398) Prince Vitovt took several hundred Crimean Karaites families to Lithuania. The Crimean Karaites were famous for their skill in making weapons, their courage and bravery.

Prince Vitovt allocated the Karaites housing in the northern part of Trakai, on an island, next to his castle. For the exceptional loyalty of the Karaites, the prince entrusted them to guard his residence, the castle in Trakai.

The Karaites also engaged in agriculture, petty trade, commerce, usury, served as interpreters, and the Karaites became famous in the Battle of Grunwald (1410), when they participated in the great Polish-Lithuanian army which gained a decisive victory over the Teutonic Order.

In 1422 Vitovt became an ally of Muhammad, the Khan of the Golden Horde, and gave him refuge in his castle, and he subsequently allied himself with Muhammad from Lithuania.

In 1422 the united armies of the Lithuanian prince Vitovt and Mohammed seized the Crimea and Sarai al-Jedid (Sarai-Berke), the capital of the Golden Horde.

Under Prince Vitovt the possessions of the Duchy of Lithuania in the east reached the upper reaches of the Oka and Mozhaisk. The army of the Lithuanian prince Vitovt fought the Tatars in South Podolia and expanded his possessions in the south as far as the Black Sea.

In 1998 in Trakai and Vilnius, the capital of Lithuania, magnificently celebrated the 600th anniversary of the resettlement of the Karaites and the Crimean Tatars in Lithuania. This is a commemorative medal issued by the Lithuanian state to commemorate this historic event.

There are now 60 or 70 Karaite families living in Trakai. The Karaites have preserved their religion – Karaiteism, their everyday life and traditions, their language and script, there is a Karaite Kenesa mosque in Trakai, several Karaite cemeteries, a Sunday school, and the only Karaite museum in Lithuania. A large Karaite community lives in Vilnius (Lithuania), where a Karaite kenesa was built in 1911.

READ
Paris, France is one of the most beautiful cities in Europe.

On Trakai island, the Karaite families have opened 10-15 ethnic cafes and restaurants with dishes of national Karaite cuisine, providing an opportunity for many tourists to try something special.

The main dish of the Lithuanian Karaites is kybyn (or kibin, kibinai), which is a baked pie with minced lamb and onions, which is usually eaten with hot broth or soup.

The soup with small, hand-made dumplings, Shamur-dolma, is also prepared from the usual dumpling dough stuffed with lamb or beef meat with lots of onions.

For dessert on a beautiful plate, decorated with pieces of fruit, they serve katlama – sweet baked small pies with cottage cheese.

Externally, the Karaites do not differ at all from the Lithuanians or Poles, they have white skin and Slavic appearance. Only some of the Karaites retained oriental features sharply outlined face and dark straight hair.

The last supreme priest (haham) of the Lithuanian and Polish Karaites at the turn of the 19th and 20th centuries was Shapshat.

Traveling through the Middle East, Shapshat got acquainted with the Karaite communities in other countries, he often brought old Karaite clothing, jewelry, household items and weapons, enriching the collection of the Trokay Karaite museum.

Based on vk.lviv.ua – Lviv holiday apartments for every taste.

Articles on the topic: