10 reasons to go to Barbados

Why you should definitely include this island in your itinerary.

Barbados isn’t just a succession of endless white-sand beaches, though that too. Holidays ashore here can easily be diluted with excursions, trips around the island and visits to places of interest – the former British colony has something to surprise boaters. Before you stop in Barbados, decide what you want to do with your day, otherwise you risk staying on the island longer than planned.

This is the island’s largest city, so you can’t do without it. It is located on the southwest side of Barbados, on the Carlisle Bay at the mouth of the Constitution River, which turns into a wide and convenient harbor in the center of the city. The old town of Bridgetown, also known as “tropical London,” is a UNESCO World Heritage Site because of its colonial architecture. There’s plenty to see here: the 18th-century Anglican Cathedral, the Houses of Parliament, Trafalgar Square with the Nelson statue modeled after London Square, the Colonial Garrison, the historic Carinage repair dock, plus parks and museums. 2. Attend at least one festival.

Almost every month Barbados celebrates another festival in a lush and loud way: the Holtown Festival celebrating the arrival of the first English settlers; the Fishing Festival to mark the signing of the Barbados Charter; the National Folk Festival of Fan Walk, and so on. The most important is the Crop-Over Festival, which lasts for three weeks in late July/early August. It was originally timed to coincide with the end of the sugarcane season and was already a carnival with a costume parade and dancing until morning. Today they are joined by musical competitions, a competition for the title of King and Queen of the feast, cooking duels and much more. Go for a rum tasting.

READ
The Amazing Nearby: The Sacred Mount Kosciusko, Australia

The best way to go straight to the factory where the popular export rum Mount Gay is produced. There is an exhibition devoted to the 300-year history of rum production on the island. A guide will tell guests about all the stages of rum creation and marketing, and then take them to a tasting. The portions are generous, we advise you to be careful!

4. Go to nature reserves and parks

Barbados has several sanctuaries that preserve unique species of tropical plants and animals in the wild. The Wildlife Reserve open zoo features monkeys, iguanas, turtles, parrots, and flamingos. Orchids World is in the central part of the island and Flower Forest is to the east. For divers and snorkelers, there’s Folkestone Marine Park with the 1976 shipwreck of the Stavronikita. 5. View the Atlantic from the high rocky shore

In the north of the island, the tourist infrastructure is in decline due to the lack of sandy beaches promised by posters. But there are the cliffs, which are five stories high. It is worth coming here to stand on the edge and watch the turquoise waters of the Atlantic crashing against the massive rocks, hissing, foaming and rolling back, waiting for another try.

Barbados offers a full range of water activities, from swimming with turtles and diving spots, to sapsurfing and jet-skiing. The coral reefs are home to countless species of exotic fish, so at the very least, snorkel and flippers are worth the effort to see the richness of the underwater world for yourself.

7. End up at a barbecue party in Oistins

In the south of the island is the main fishing village of Barbados. It’s famous for its weekly barbecue parties on Fridays, a kind of local fish festival (we warned you there’s a lot of them). Oistins is located in a unique location at the junction of the Caribbean Sea and the Atlantic Ocean, so the local waters are inhabited by an unimaginable number of different fish, from the usual to the exotic. That’s exactly what they cook in town on Fridays: grills are set right on the beach, the dinner is complemented with local rum, and the festive program crowned by the invariable dances. 8. To try the local cuisine

Speaking of dinner, it’s worth mentioning that the cuisine of the island itself might be a reason to visit Barbados. It’s a colorful mix of African, Indian and British culinary traditions – a truly thermonuclear mix. Seafood is the most important element of the cuisine, followed by “ku ku”, a side dish of corn, okra and okra. Rice with different sauces and vegetables of all colors are very popular: eggplants, yams, breadfruit and pumpkin. Barbadians are especially fond of “pepperpot” (spicy stew) and “jump-up” (lamb ribs in sauce). What? Yes! Golf really is very popular on the island. Firstly, because the love for it the locals were instilled by the colonizers from Britain. Secondly, the special tourist contingent suggests the appropriate level of entertainment. And so it turned out that on the islands of the Caribbean Sea you can find beautiful world-class golf courses, designed by leading architects. It is worth taking the opportunity, go ashore and take a couple of lessons from professional coaches. By the way, in 2004 the world’s most famous golfer, Tiger Woods, chose Barbados for his wedding. The ceremony took place at Sandy Lane Golf Course.

10. Pick your favorite among the beaches of Barbados

Once again we have to go back to the beaches. What else could it be? They really are the best of the island. Deserted and super-popular, white and pink, big and small – what beaches are not to be found here! Bottom Bay, thanks to its canonical scenery (smooth shore, tall palm trees, lambs of waves), is the island’s calling card. Brandon’s Beach is located near the cruise port of the island. In the surf zone of Batsheba Beach are scattered huge boulders. Barbados has a total of 97 kilometers of beaches, so there is plenty of room for everyone. 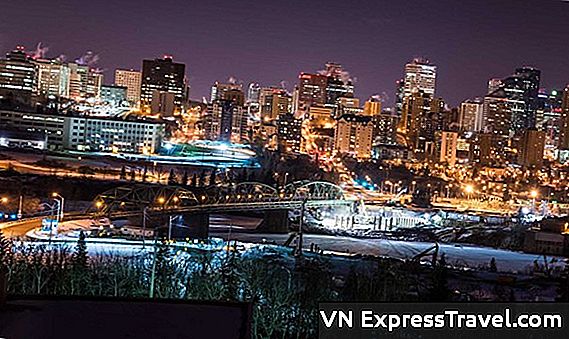 Barbados boasts one of the most emblematic paradisiacal places and popular in the world. There are many reasons to visit this magical island. The natural beauty of what it shows, as well as its local customs, are only part of its charm.

Barbados can be the perfect place to relax and forget absolutely everything. Do you want to know why? 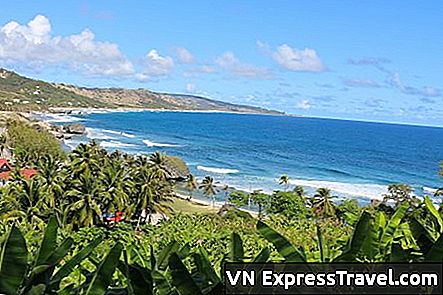 Because of its proximity to the equator, Barbados has a subtropical climate. Because of this, Enjoy incredibly mild temperatures all year round which is around 24 degrees and which makes the days really sunny. The local authorities have over 3,000 hours of light a year.

Although it can withstand hurricanes and severe storms, it affects the island less than neighboring countries in the Caribbean tourist region, such as the Dominican Republic or Cuba, for example. The reason is that it usually does not suffer directly from these adverse weather events. Thus, even during the rainy season, the weather is beautiful. 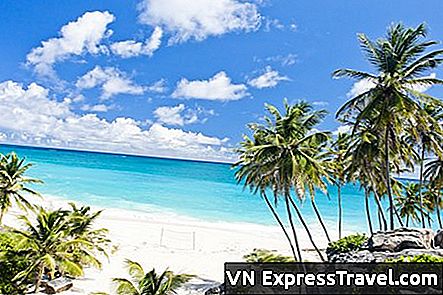 Barbados is known as a true paradise on earth for its wonderful white sandy beaches and warm, crystal-clear waters. They are idyllic spaces that will please both the tourist who wants to relax in the sun and those who prefer to engage in water sports.

Crane Beach is one of the most famous and, in fact, it is listed as one of the top 10 coastal areas in the world. Of course, before diving into this bay, you should prepare yourself to resist the strong waves that whip in. Also, it is advisable not to go with children.

“Give me, Lord, the perseverance of the waves of the sea, which make every failure the starting point for new progress.”

Brownes Beach, on the other hand, is a large bay that starts from the nation’s capital, Bridget. It’s perfect for relaxing, swimming and drinking in one of the beach bars.

READ
The most beautiful lakes in the world

But Barbados is not all sun and beach Much more to discover. 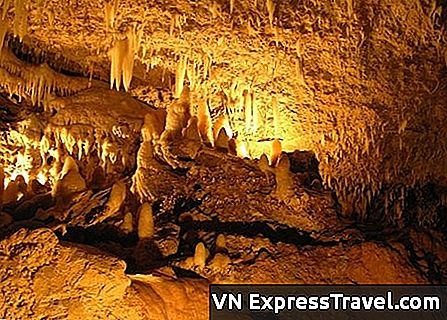 This mysterious and authentic cave opened its doors to the public in 1981. Since then, it has become one of the Caribbean’s top attractions. Access is via a tiny and fun electric train that takes tourists to the most beautiful parts of the cave.

Inside the Great Hall stands out a huge room full of giant stalactites and stalagmites , Another of its most symbolic rooms has been named the Village for its uncanny resemblance to a city where fairies might reside. If so, the same nymphs may bathe in the sparkling waters of the creek that irrigate this geological wonder. 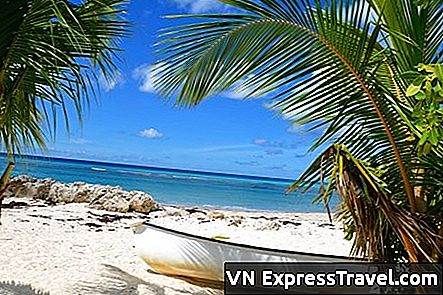 The coasts surrounding the island are considered excellent by experienced divers of all stripes. For many, Barbados is a true pearl of the Caribbean. Probably because in this area the ocean gently blends the deeper blue tones of the Atlantic with some of the most beautiful turquoise hues of the Caribbean.

There are many shipwrecks on the seafloor. A real treat for adventurers who decide to dive, they will be able to contemplate the strange gardens formed by shipwrecks.

The gastronomy, the delicacies of the island

and you can still have fun in Barbados, with its fantastic gastronomy and famous Caribbean

Any dish from Barbados cuisine is a real treat for the palate. The culinary arts have been aging for centuries in their kitchens, streets and markets. For generations, their cuisine has been steeped in the recipes of many cultures, like Africans, English, Central Americans and even Hindus.

Because of its geographic location, fish are most common in their restaurants , Some examples are tuna, flying fish and sea bream. Fish is also part of the usual staple diet, and their lobsters are of excellent quality.

READ
Acre and Eilat - the amazing cities of Israel

As for desserts, tropical fruits such as mango, pineapple, coconut or papaya take Barbados to the table and sneak in their stew.

5. Rum was born in Barbados. 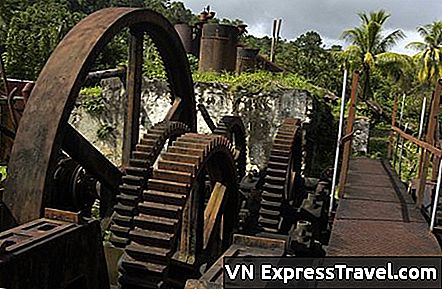 This sweet and delicious alcoholic beverage originated on this small island. The locals learned how to get it from the fermentation of sugar cane.

There’s still you can visit the oldest traditional alembrium on the planet , Mount Gay Distillery opened its doors in 1703, when this delicious elixir still lacked a name and was used as an alias for the devil-monger.

At that time, production was strictly limited to its distribution to locals and sailors they passed. The latter carried the bottles to the old continent, giving the rum the prestige and recognition it still retains today.