Where to go and what to see in Germany

If you want to travel, but have not decided on the country – feel free to choose Germany. A safe and civilized country in the center of Europe offers recreation for every taste and most importantly – for every budget. Germany is a universal choice for any trip. This country has something for everyone: trendy nightclubs in Berlin or chamber concert halls in Bremen, art galleries or car museums, old wine cellars or bustling beer restaurants, majestic nature or equally majestic architecture.

And although they are all a long way from each other, the excellent motorways and good transportation system make it easy to see all the sights in a single trip. 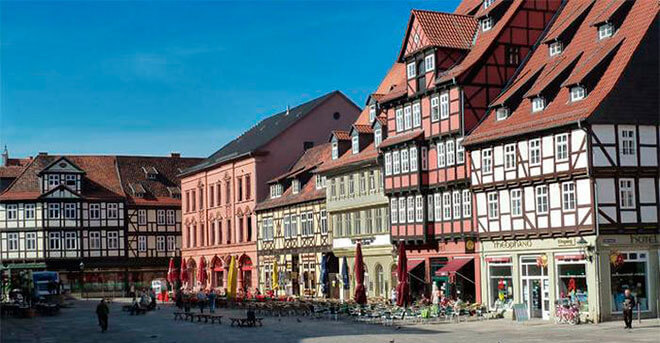 When you come to Quedlinburg you feel as if you are transported a few centuries back in time. This charming medieval town, north of the Harz mountains, is a UNESCO World Heritage Site. You will be enchanted by its cobblestone streets and colorful half-timbered houses.

Don’t miss the old part of town on the “Münzenberg” – you’re rewarded for climbing the 99 stairs and gaining a breathtaking view of the town of Quedlinburg. 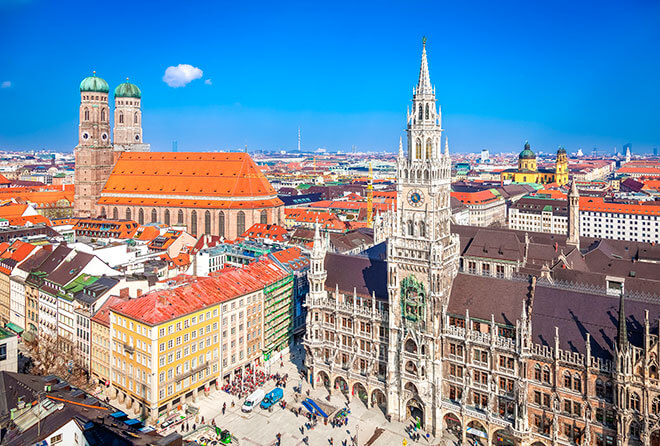 The home of Oktoberfest and the capital of Bavaria is famous for its delightful views of the Alps and its many bustling beer bars. But there’s more to Munich than just fried sausages, beer and the funky national shorts on lederhosen suspenders.

Previously, the city often topped lists of the world’s best cities to live in. Thanks to excellent shopping, beautiful scenery and plenty of cultural attractions, Munich strikes the perfect balance between beautiful nature and a busy city.

Munich is also a convenient base for a trip to Germany’s most “postcard” attraction, the fabulous Neuschwanstein castle. It’s only an hour and a half drive from Bavaria’s capital city to the castle. 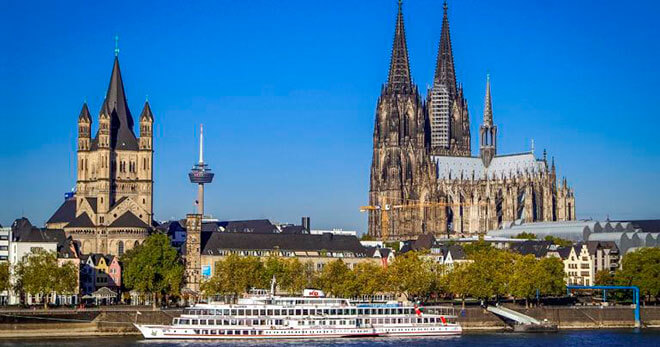 In 1709 an Italian perfumer, who lived in Cologne, created perfume called Eau de Cologne (“Cologne water”), loved by the European high society. In memory of the great perfume past in the city there is a museum of fragrances. But Cologne Water is only a small part of what Cologne has to offer.

Cologne has a dazzling cathedral with beautiful stained glass windows, an art gallery of the Walraf-Richartz Museum, a classical concert, and an open-air sculpture park. You can finish your day with a traditional Kölsch beer in one of Cologne’s pubs. 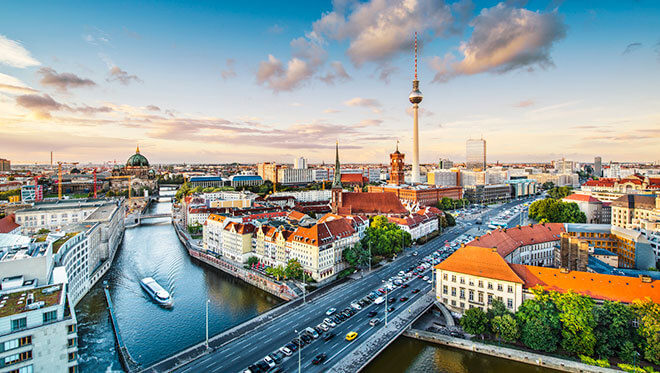 The capital of Germany has everything you need for a perfect trip – great restaurants and nightclubs, museums and art galleries and, of course, luxurious architecture. Just look at the Bradenburg Gate, Charlottenburg Palace, and Berlin Cathedral.

And there’s not enough to complain about in Berlin: History Walks, concerts, art exhibitions, and performances. Don’t miss Berlin Wall East Side Gallery, a mile long piece of Berlin Wall painted with paintings and graffiti. 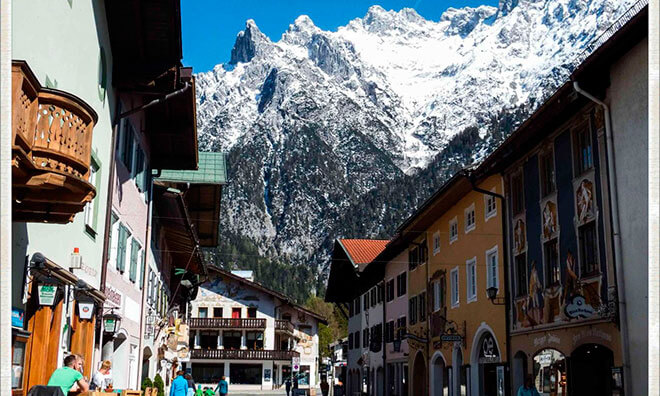 Goethe called Mittenwald “the illustration of a book that came to life”, an epithet the city was given for the amazingly beautiful biblical frescoes on the walls of the houses. Mittenwald is now home to only about 8,000 people, but it’s a city that will appeal to anyone who loves the fairytale charm of the Middle Ages.

In the summertime Mittenwald, which is also considered a center of violin-making, hosts classical music concerts, and in winter the town turns into a ski resort. 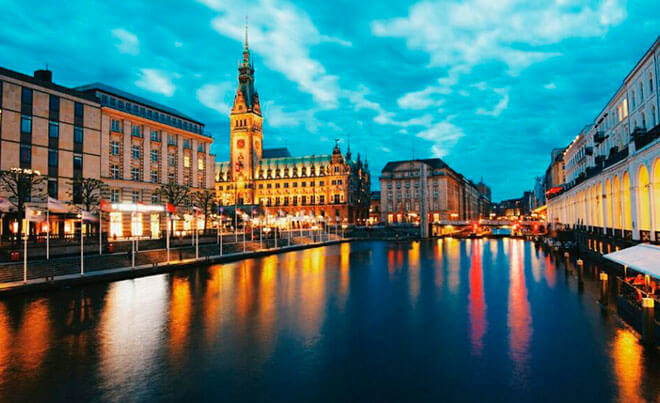 Hamburg is Europe’s second largest port (after Rotterdam in the Netherlands), known for its wonderful fish restaurants, huge shopping malls and impressive architecture. For shopping, head to Menkebergstrasse, a shopping street that leads directly to the delightful neo-Renaissance town hall.

Relax from the bustle of the city in the Japanese garden of Plantin un Blomen, which hosts free concerts in the summer. Hamburg is often referred to as “the window to the world” because it offers everything from opera houses to the world’s largest railroad layout, the Miniature Wonderland.

READ
Zurich, Switzerland - the banking capital of the world 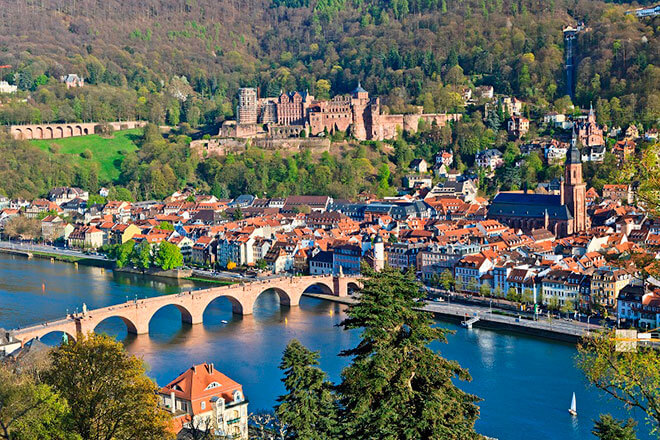 Heidelberg is the birthplace of Germany’s oldest university and a city that has inspired many great artists, composers and writers, from William Turner to Johann Goethe.

This cozy old town is the perfect place for a romantic getaway: the majestic Heidelberg Castle overlooking the Neckar River, the old town with its cobblestone streets and Baroque buildings, many museums and theaters.

Heidelberg hosts a variety of festivals throughout the year, such as Theater Days and Jazz Concerts in October, and the Mannheim – Heidelberg International Film Festival in November. 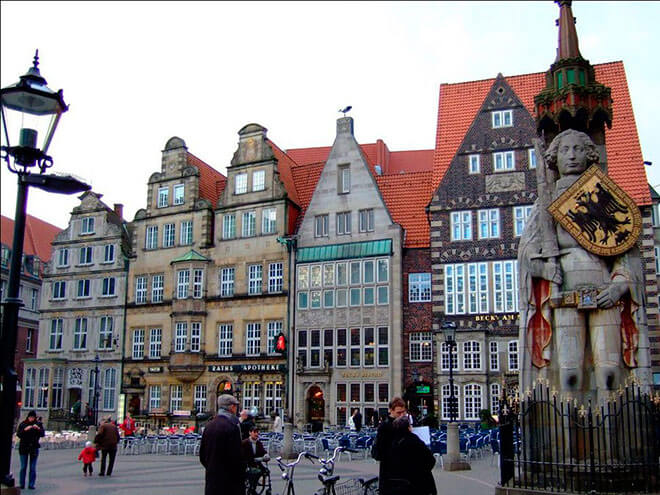 This historic city in Northern Germany is the hometown of Beck’s Beer, whose brewery offers tours with a tasting session. For a taste of the city’s historic atmosphere, visit Schnor, grown around the eponymous street, the city’s oldest quarter with idyllic alleyways, family-run restaurants, stores, stalls and beer gardens.

The center of Bremen is the Market Square with the beautiful St. Peter’s Cathedral and the town hall, a UNESCO World Heritage Site. While exploring the city’s charming restaurants, don’t miss Ratskeller – its wine cellar is home to a collection of some of Germany’s oldest wines. 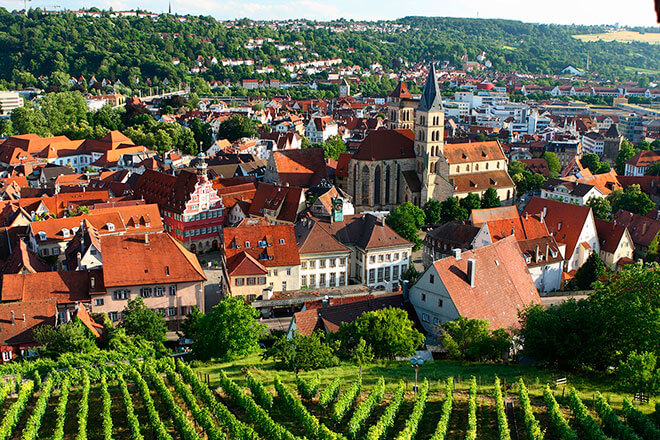 Stuttgart’s automotive fame has long spread beyond Germany. The two automobile giants, Mercedes-Benz and Porsche, have their headquarters here and are definitely worth a visit, even if you don’t think you are into cars.

In addition to the automobile attractions Stuttgart boasts two castles, the old Villa Solitude, luxurious parks and cathedrals, and a beautiful zoo located in the palace complex.

Don’t be lazy to climb the Karlshöhe hill for a walk in its vineyards, taste the local wines, and admire the views of Stuttgart. 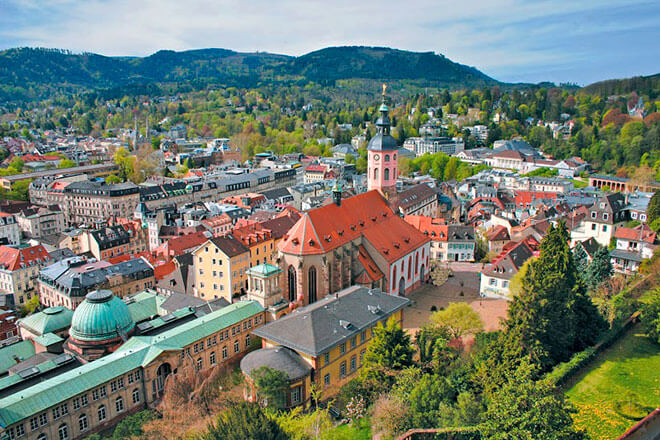 Located in the northern foothills of the Black Forest, this luxurious spa town is so good that even its name sounds like a joyful exclamation. The picturesque valleys and healing springs of Baden-Baden are an ideal place for recuperation and relaxation, as the name itself translates as “bathing” and it is no accident that the European and later Russian nobility came here for centuries to “take the waters”.

In addition to the spa hotels, be sure to visit the Festspielhaus, the second largest opera and concert hall in Europe, and the Baden-Baden Casino, Germany’s oldest and arguably one of the most beautiful in the world.