Madeira is a picturesque Portuguese island, buried in greenery and striking in its natural beauty. It is located in the Atlantic Ocean, 1,000 kilometers southwest of Portugal. The nearest continent of the island is over 500 kilometers away. Madeira is famous for its wonderful mild climate, due to the island washed by the warm Gulf Stream. Numerous attractions make Madeira a very attractive island for tourists. 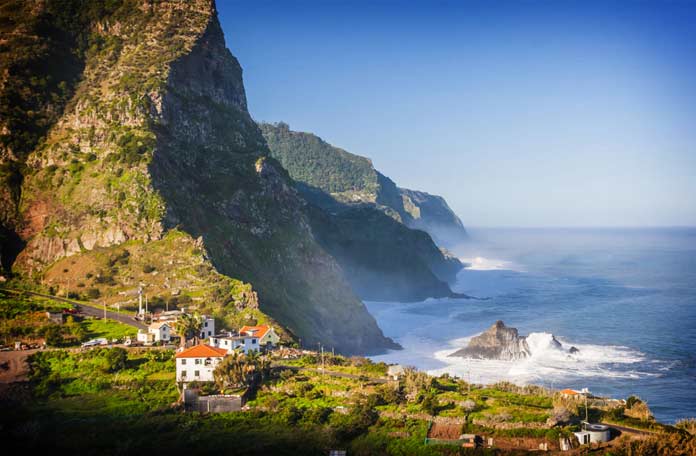 Tourism is one of the most important areas of the region, people come here for adventure, recreation, sports and new experiences. Sunny Island is ready to offer every guest a wide range of tourist services.

Today we will show you the 10 main attractions of the beautiful and remote island of Madeira: 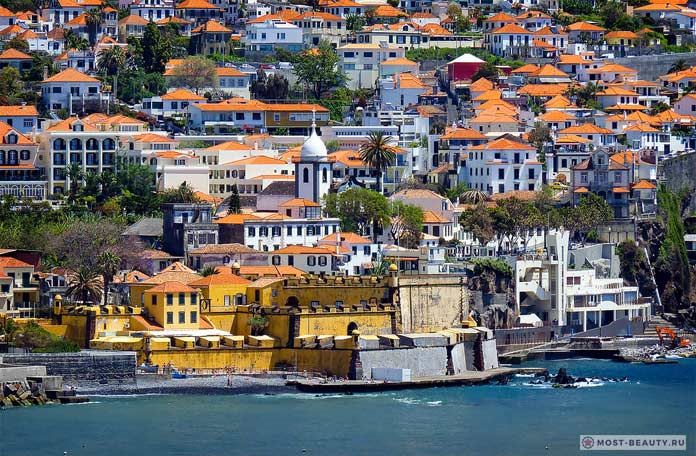 The capital of Madeira is recognized as one of the most comfortable and safe cities to live in Portugal. The main attraction of the capital is the fortress of Sao Tiago, which was built 500 years ago in order to protect against pirate attacks. Now that pirates no longer threaten the walls of the city, in the building of the fortress opened an art museum. 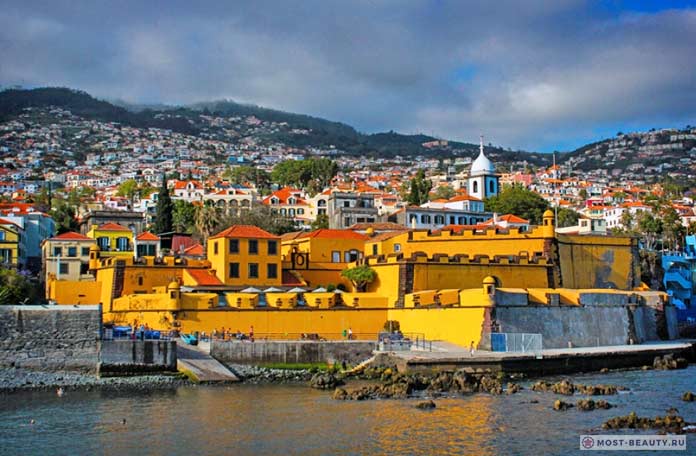 Funchal has the oldest church on the island, the Virgin Mary Cathedral. Seasoned tourists highly recommend to include a wine museum, casino and market in the old part of town. 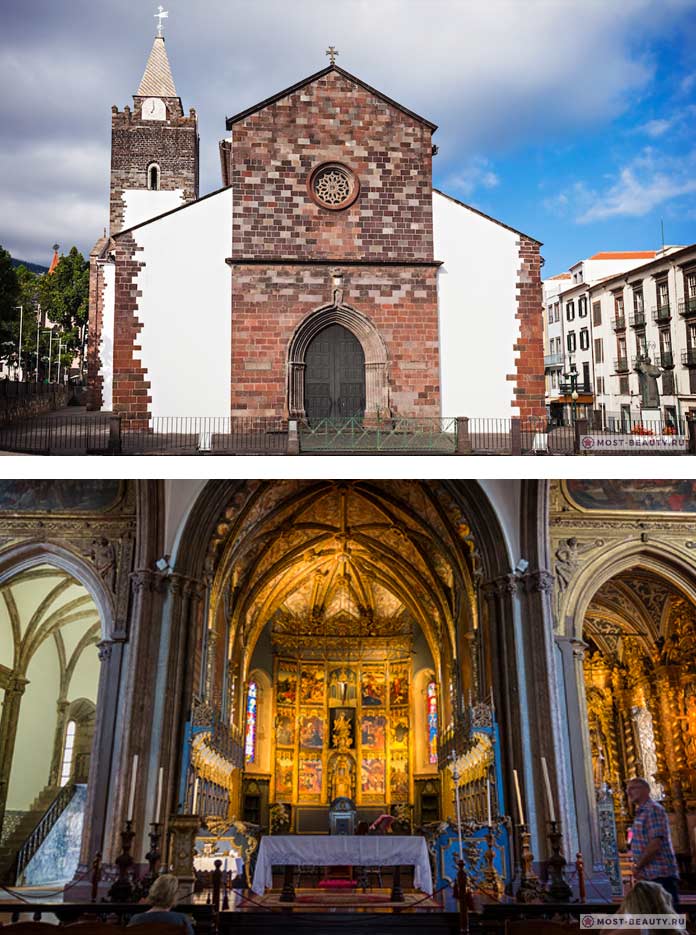 On the photo: Our Lady’s Cathedral in Funchal 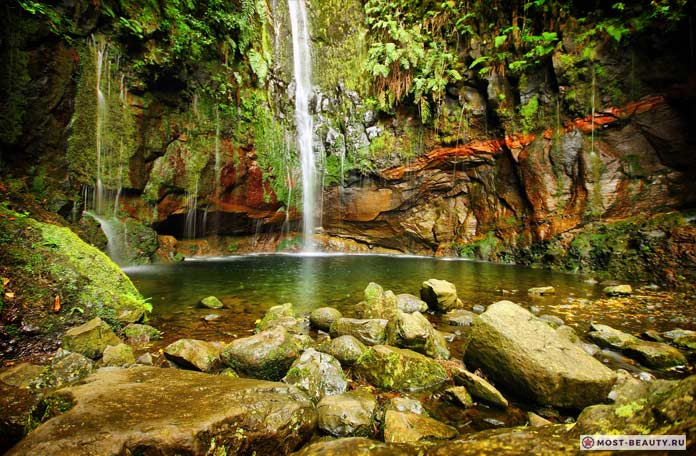 Madeira’s nature is unique and in order to preserve its beauty, a national reserve was created on the island in 1982. Its area covers 60% of the island and is divided into thematic areas, some of them are strictly protected, while others are hotels and allowed tourism. 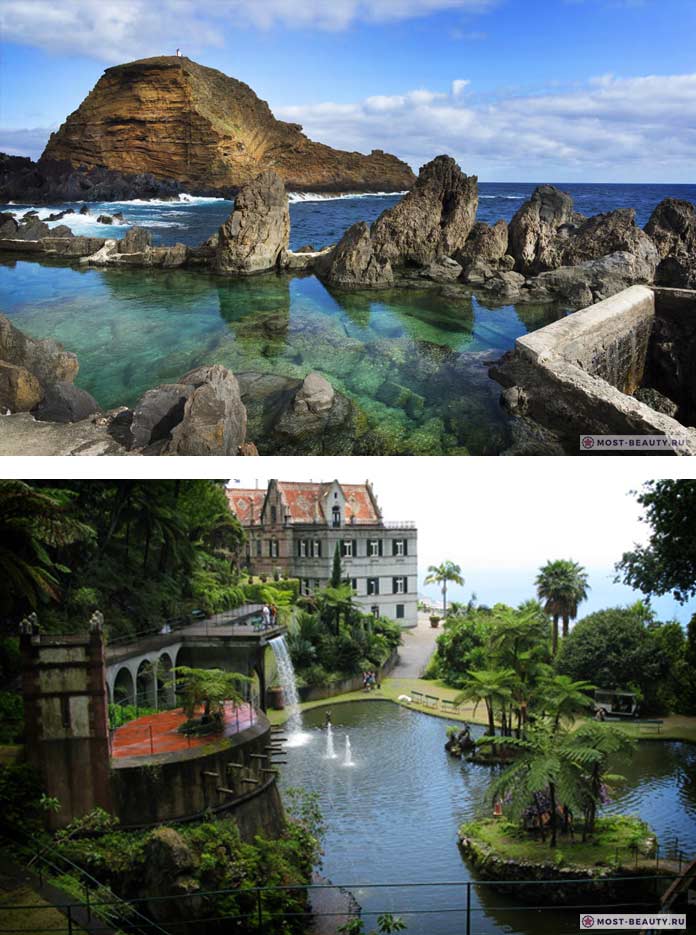 Judging by the reviews of tourists, Madeira National Park is one of the most beautiful and fabulous places in the world. Beautiful nature, clean air and mild climate has a positive effect on the nervous system of tourists, relaxing and taking your mind into a fairy tale. Here you can walk, enjoy the nature of the park, well-kept alleys, beautiful flowerbeds with exotic flowers, as well as explore the fauna of the island.

READ
The 10 most beautiful churches in the world 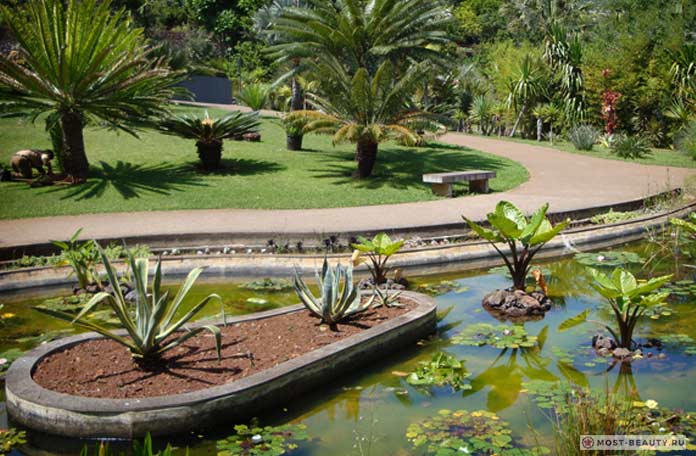 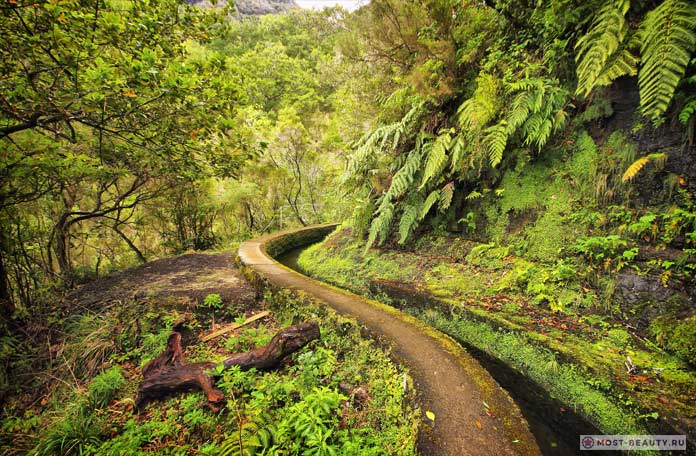 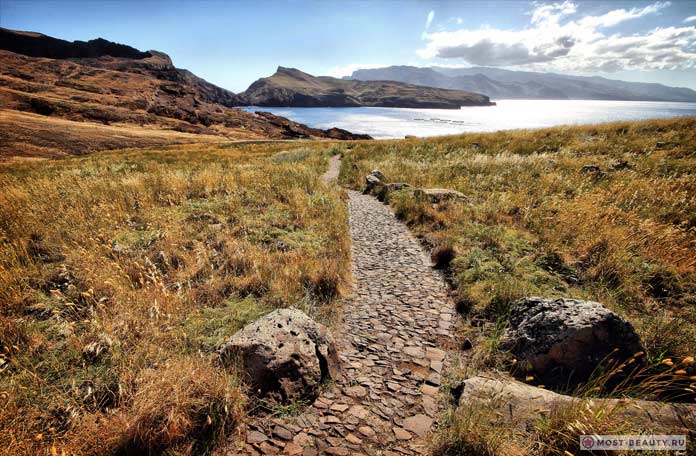 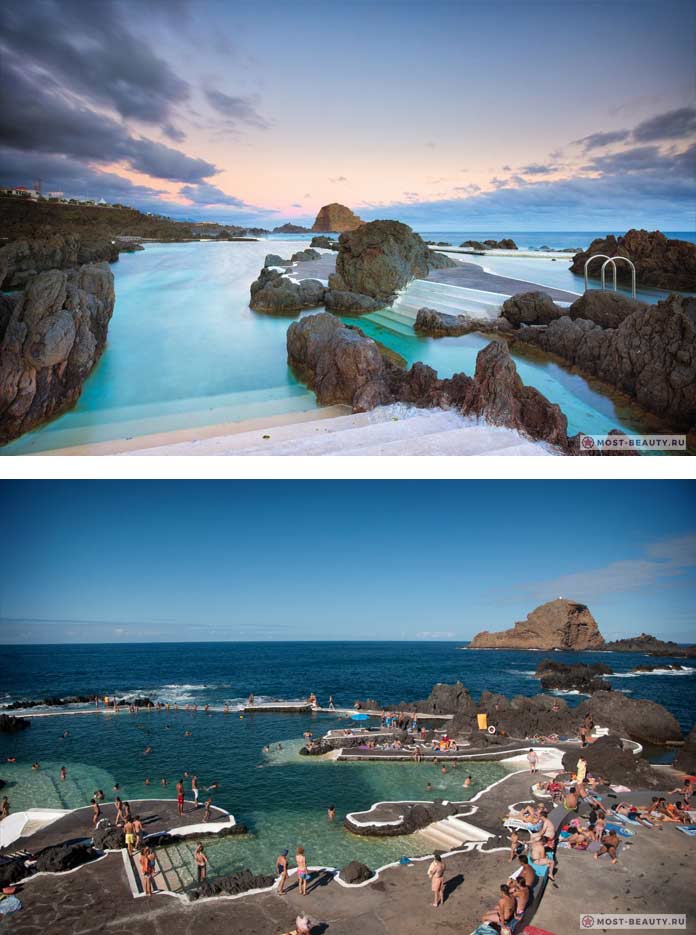 This is a small town in the northwestern part of the island. Its main highlight is the natural volcanic pools, which are very popular with both locals and visitors to the island. Also worth visiting in Porto Moniche is the ancient port, which now houses an aquarium with sea fish, and a center for modern science. 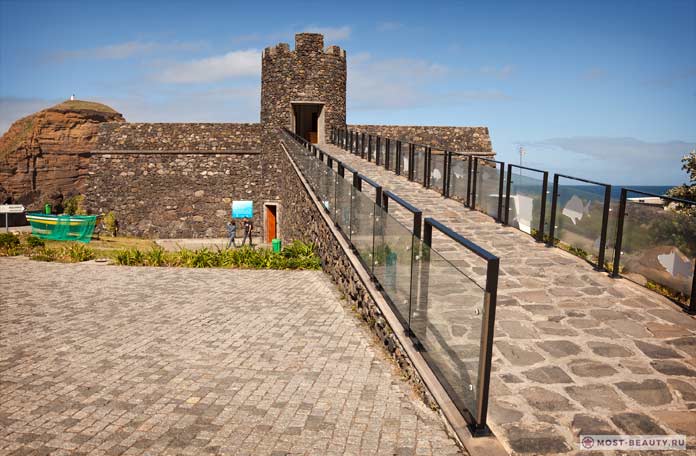 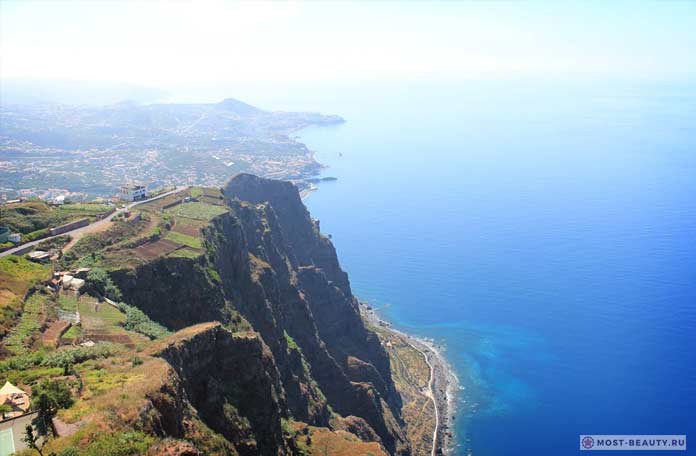 The cliff of Cabo Girao is the highest rock in Europe. The observation deck at the top of the cliff is very popular with tourists, offering incredible views of the ocean and the island’s capital, and when the weather is clear, you can even see whales swimming in the ocean. The ride to Cabo Girao by cable car in a glass booth is an unforgettable adventure. 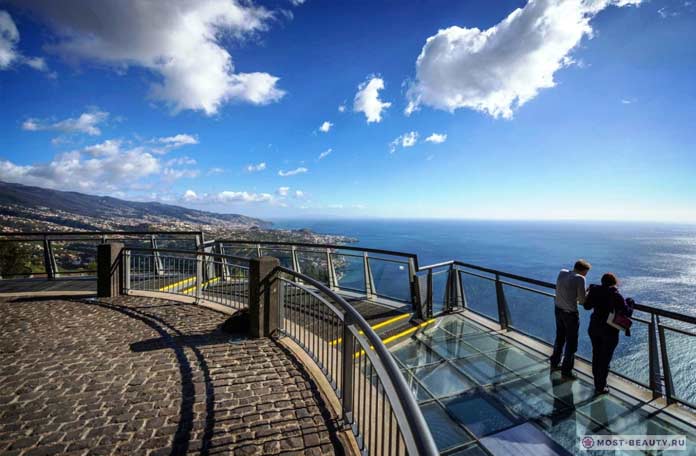 Pictured: viewing platform at the top of Cabo Girao 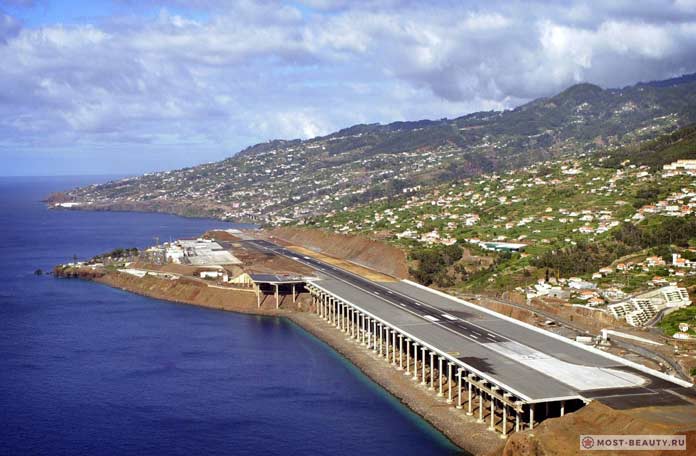 The flight to Madeira is an adventure, especially the landing at the airport, which is considered one of the most extreme in the world. The runway at this airport is not a stretch of asphalt, but a bridge on the water that is three kilometers long. And when landing the bridge is impossible to see from afar, first the pilot has to aim the course at the mountains, and then sharply approach the landing strip. It is not a sight for the faint-hearted. 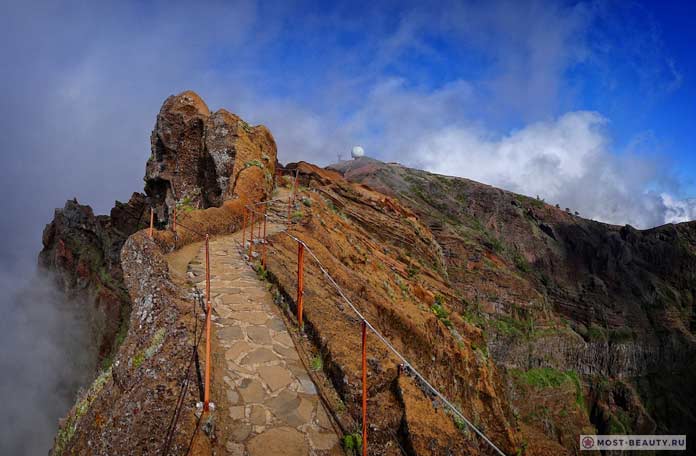 Pico do Arieiro is the most visited mountain in Madeira, its height is over 1800 meters. In sunny weather, the top of the mountain offers views of forests, valleys and the coast, and in foggy weather, views of clouds floating over the cliffs. 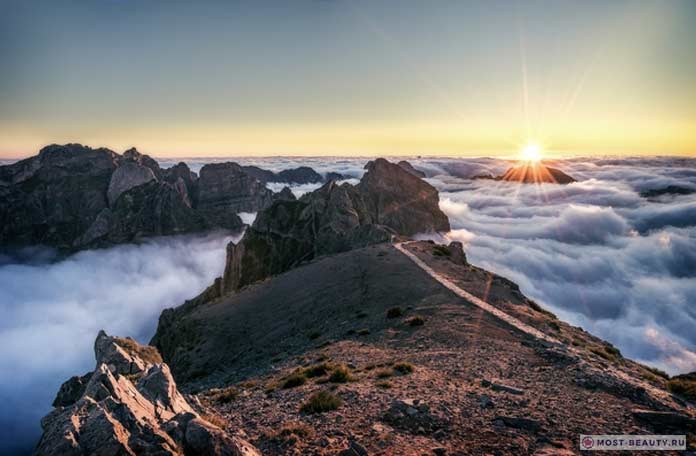 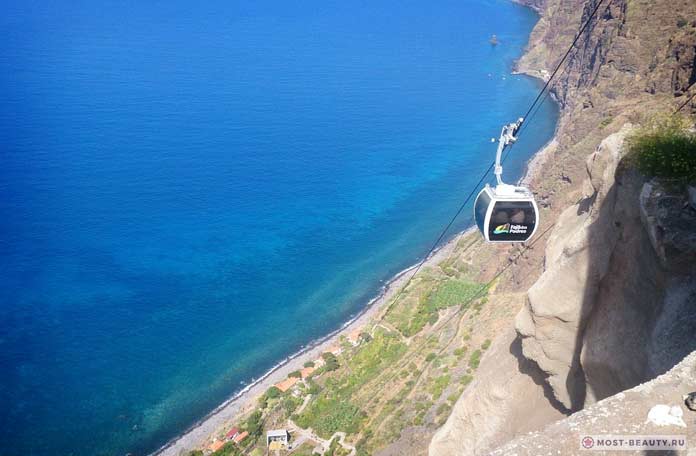 To the south of Madeira is a small village that can only be reached by cable car. Judging by the photos, the way here is also a special adventure. The first settlers of Faja dos Padres were monks, who quickly mastered the land and started winemaking. 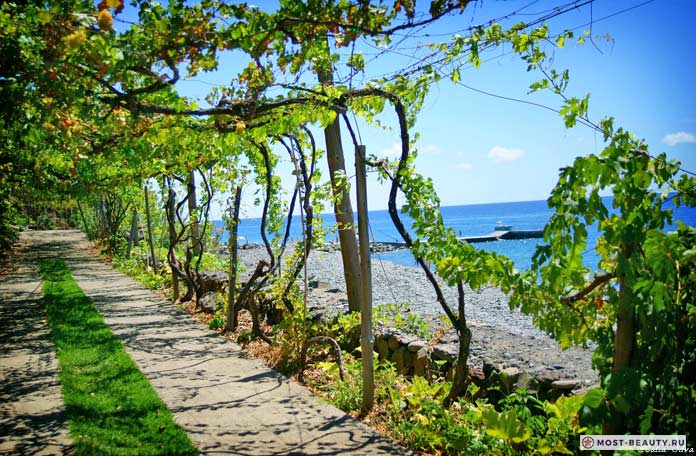 Vineyards on the hillsides are still grown here and in addition, this part of the island is home to rare fruits and vegetables not found elsewhere in Madeira. 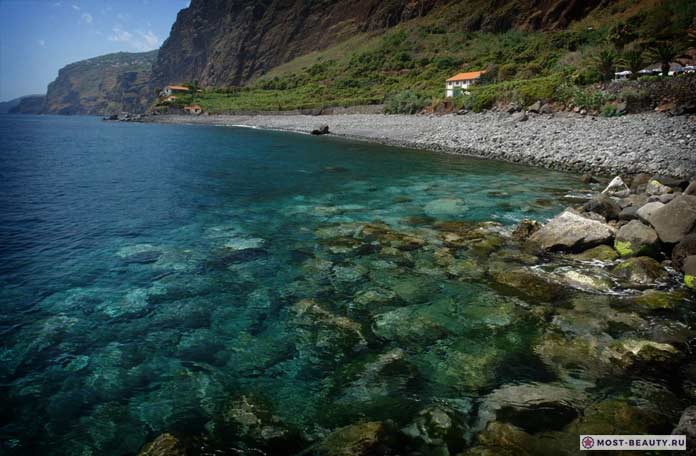 As such, there are no sights to see as such but it is only for the freedom and closeness to nature that one comes here. 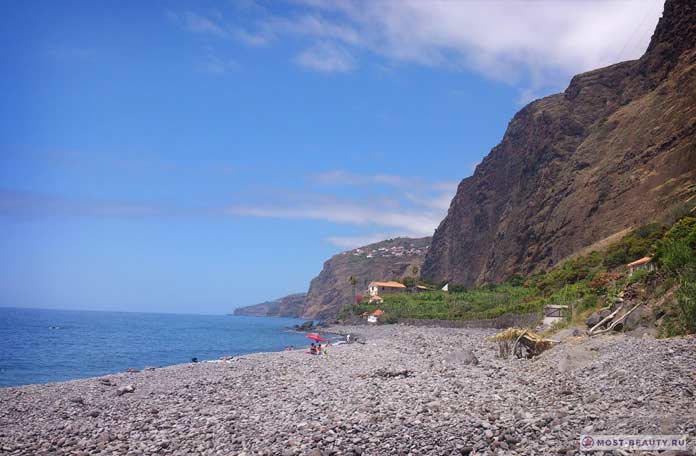 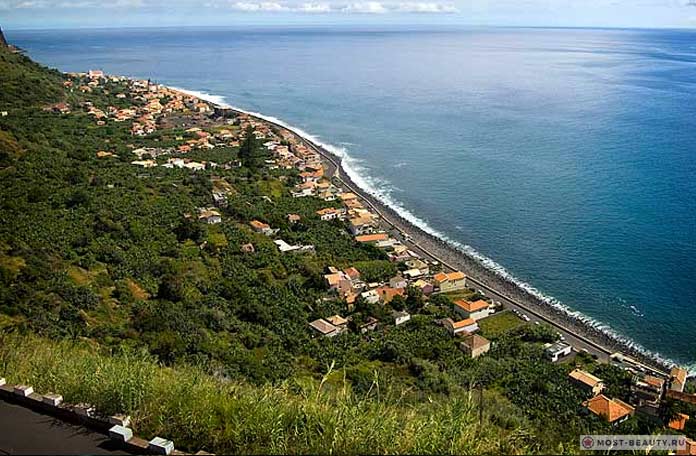 The first place to go when you arrive in Madeira is this surfing village. The island has the highest waves on the island and Paul do Mar was privileged to host the 2001 World Surfing Championship. 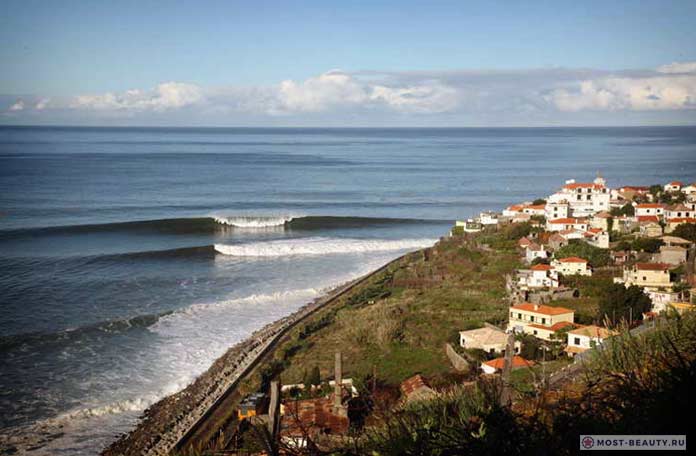 It is very crowded in the summer, with surfboards all over the beach. In the interseasonal period the village empties out and you can stroll down the beach, sample freshly caught seafood for a bargain price and admire the beautiful views from the top of the hills without too much fuss. 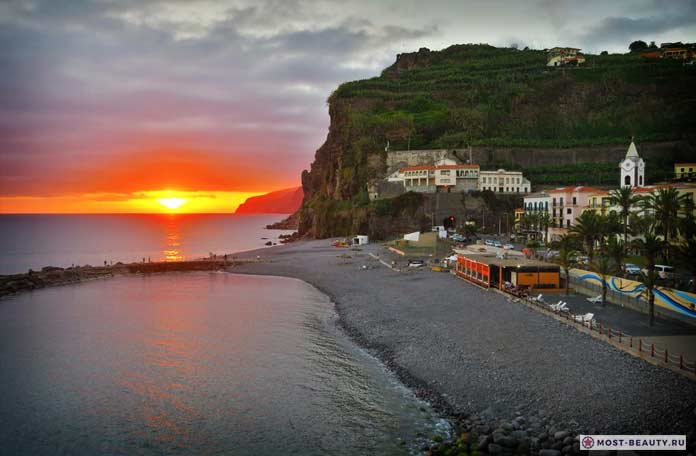 This is the sunniest resort within a 500-kilometer radius and is always a little warmer than the rest of the island. The beaches at the resort are stony, but this does not stop lovers of quiet beach holidays from coming here. By the way, about the most beautiful beaches in the world at most-beauty.ru for you is an interesting material. 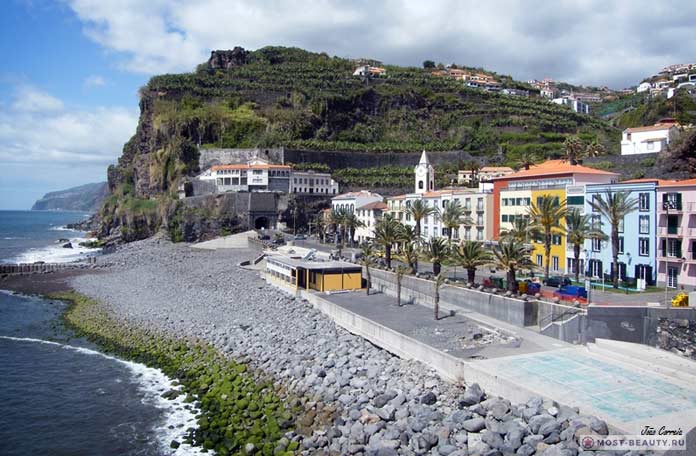 Also, this place is very interesting for divers, they are attracted to the sunken ship at the bottom of the ocean for many years. Excursions to the ship arrange all the local diving schools. 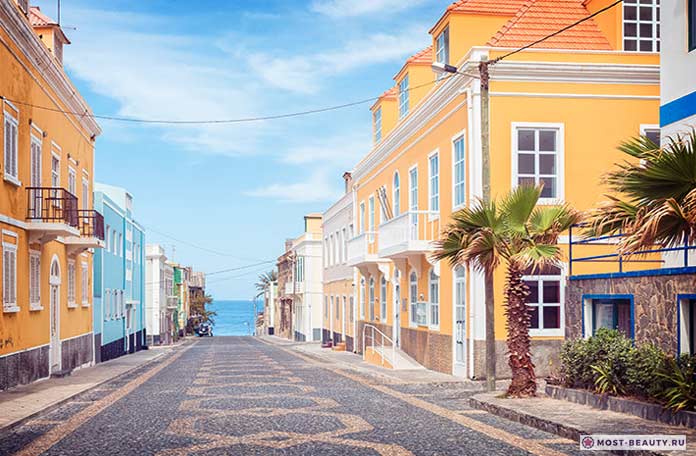 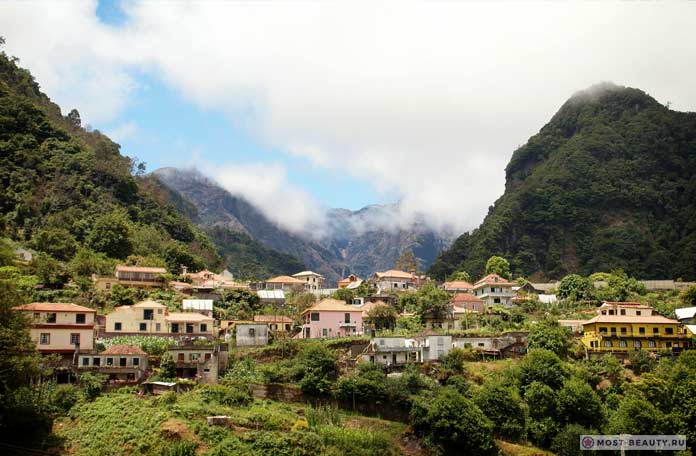 This is probably the most picturesque place in Madeira, a specialty of this small town – triangular houses made of stone and straw. For those who want to learn more about Madeira’s traditions and history, there is a theme park. 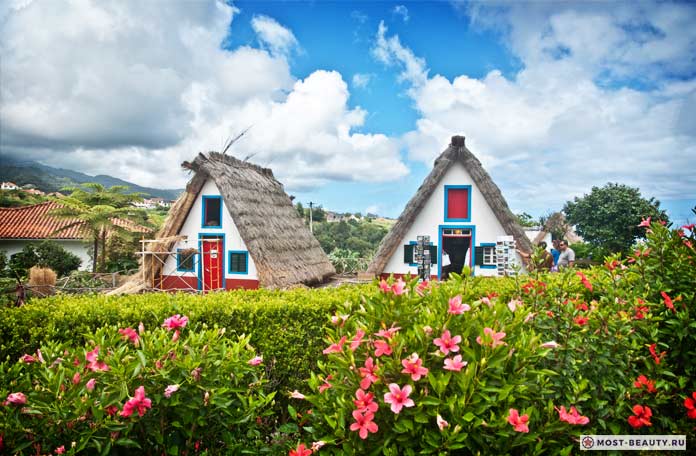 Every year a folklore festival takes place here with bands from all over Portugal. 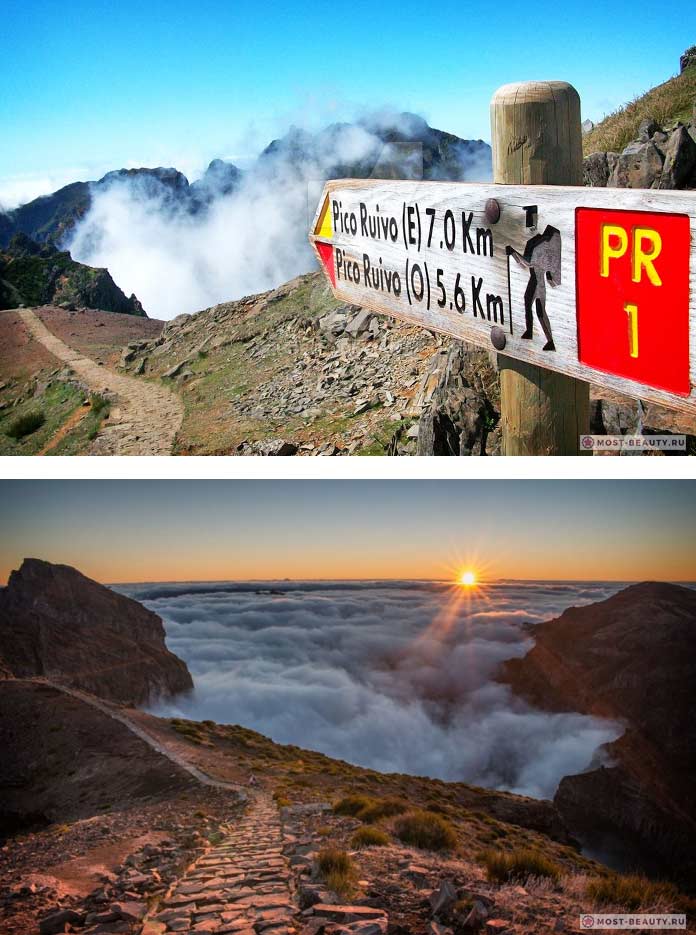 Santana has one of the highest peaks on the island, Pico Ruivo, famous for its steep panoramic views.

READ
Djerba, Tunisia - a green island in the Gulf of Gabes 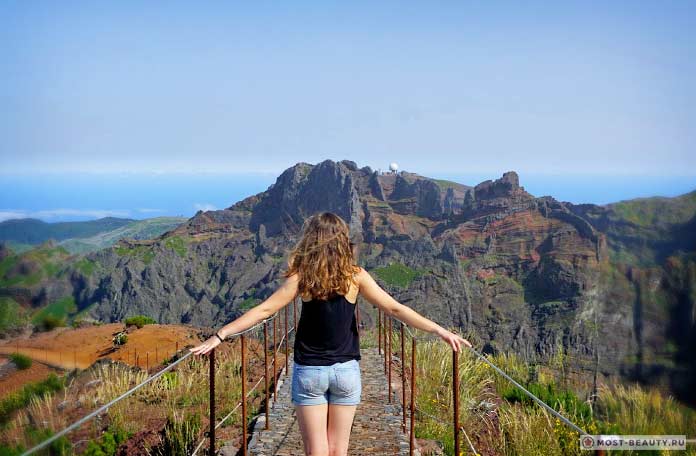 It’s time to end our virtual journey through the distant and beautiful island of Madeira. We wish you to visit this piece of paradise in the Atlantic and share your impressions with us later. We hope we were able to rekindle your interest in this place.

We’re asking you to write in your comments which places of interest Madeira has made the biggest impression on you. And if you were on the island, please share your experiences with us.