Racha, a mountainous region sandwiched between Svaneti and South Ossetia, is a favorite local vacation spot and has a reputation as the Garden of Eden. However, Racha is much less visited by tourists than popular Svaneti or Kazbegi, mostly because it’s hard to reach without a car.

Racha is divided into lower and upper parts. In Lower Racha is the town of Ambrolauri and the popular Lake Shaori . Nearby Nikortsminda Cathedral is the most beautiful church in all of Georgia with magnificent frescoes and stone carvings.

Racha is known throughout Georgia for its special cuisine (mainly Rachan ham and Shkmeruli garlic chicken dish) and a special variety of wine made from grapes grown in Lower Racha. Tasting Hvanchkara with a plate of ham and other local delicacies is a must in Racha. 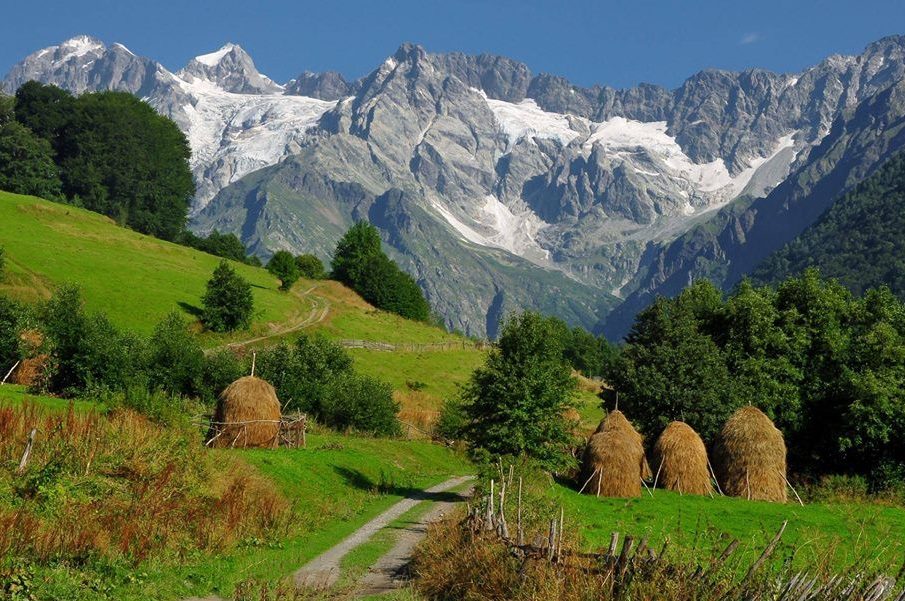 Upper Racha is a more isolated place . They are the largest town, it is a very special place. It was once home to a large Jewish community. The few Jewish families who still remain here often visit the synagogue, one of the most magnificent buildings in the entire country.

Not far from the city is the village of Shovi, which used to be a Soviet summer resort. Here there is an iconic building – “Stalin’s Dacha”. Locals say that the dictator was never in Chovi, but the nickname adds mystique to the decrepit wooden house.

If you have a car, you can visit more remote mountain villages, such as Gebi, which offers hikes and accommodation with a local family.

The Didgori Battle Memorial is a stunning war memorial set above the hills in the Kvemo Kartli region west of Tbilisi. The monument marks the site of the Battle of Didgori, a seminal event in Georgia’s national history.

On August 12, 1121, King David led his army to Didgori to ambush the Seljuk forces. His victory led to the liberation and reunification of Georgia, ushering in a Golden Age for the country. 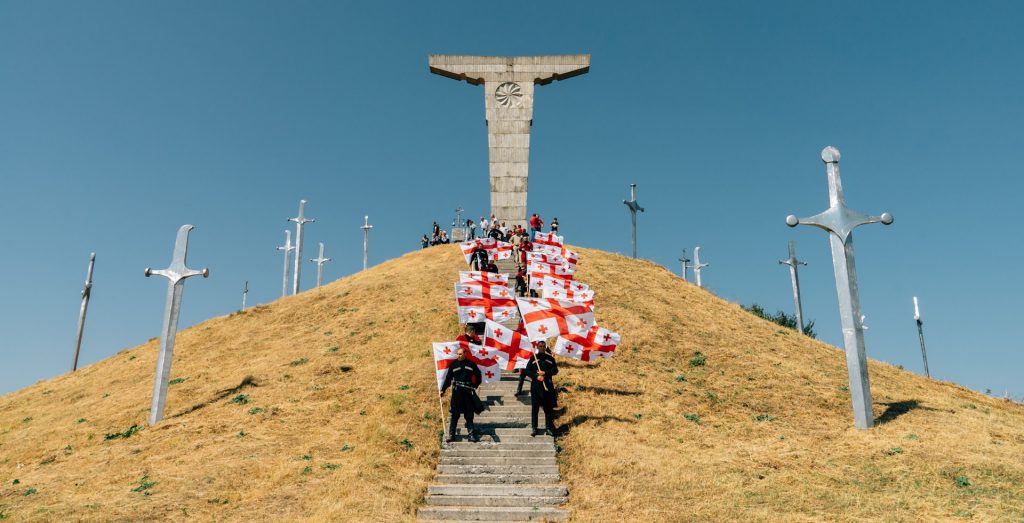 The memorial has several components. But the main part is a huge stone sculpture decorated with a lion and surrounded by metal swords in the shape of a crucifix. They represent lives lost in battle. In the surrounding meadows you can find sculptures of mutilated warriors and King David raising his long horn.

Every year on August 12 here is one of the largest festivals of Georgia, Didgoroba, as a tribute to the battle that freed Georgia from the Turkic-Persian yoke.

Asureti, formerly known as Elisabetal, is an old German colony in the southern Georgian region of Kvemo Kartli. One of three such villages in the area, it is one of the most unique places in the country and a living reminder of the little-documented German community in Georgia that settled here in the early 1800s.

Asureti is a tiny delightful little town for a walk. The greatest attraction is the great Lutheran Church, which sits proudly atop the main street. Built in 1871 and restored in 2020, it stands empty as a powerful reminder of the 72 German families who settled in Asureti and the tragic fate they met during World War II. 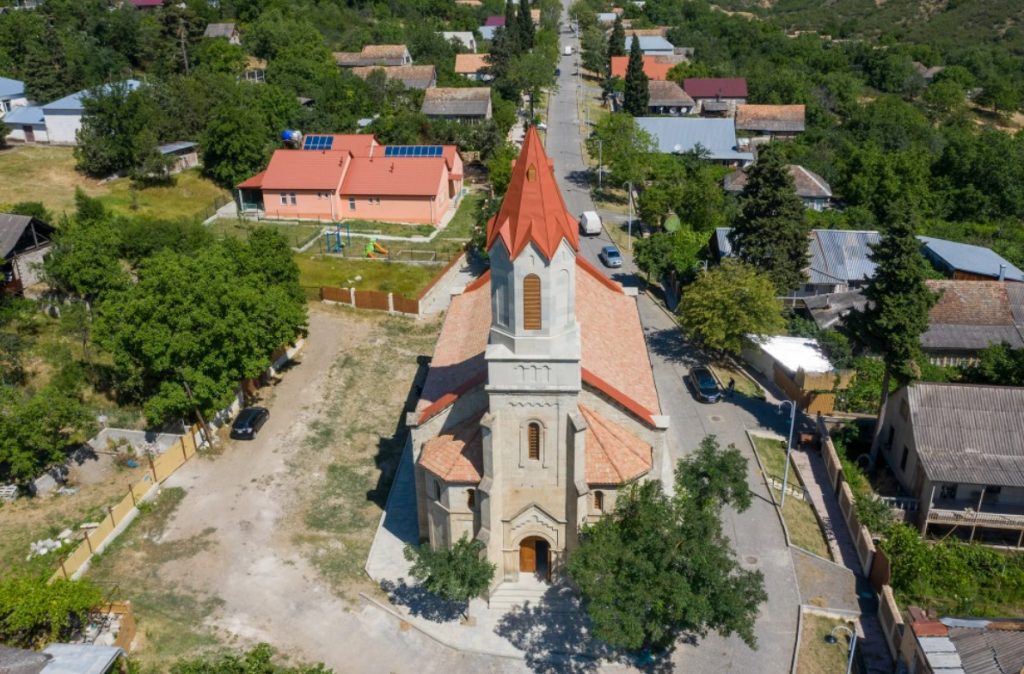 Double street signs in Georgian and German adorn every fence . Outside the city you can see many original half-timbered houses with neat gardens and deep cellars . In this area you can still visit Trialeti (Alexanderhilf) and Bolnisi (Katarinefeld), two more German villages, as well as canyons and castles in Samshwild and Birtvisi.

Located in the Samtskhe-Javakheti region, adjacent to the Javakheti Protected Areas, Gorelovka is a tiny village with only a few dozen families. What makes this place special and unique in Georgia is the distinctive blue and white folk architecture – and, even more so, the history behind it.

Gorelovka was settled in the early 19th century by families from the Dukhobor spiritual community, a spiritual sect that had fled persecution. They have unique beliefs and traditions, especially around the Sacrament and marriage. The handful of people who still live in Gorelovka continue these traditions today. 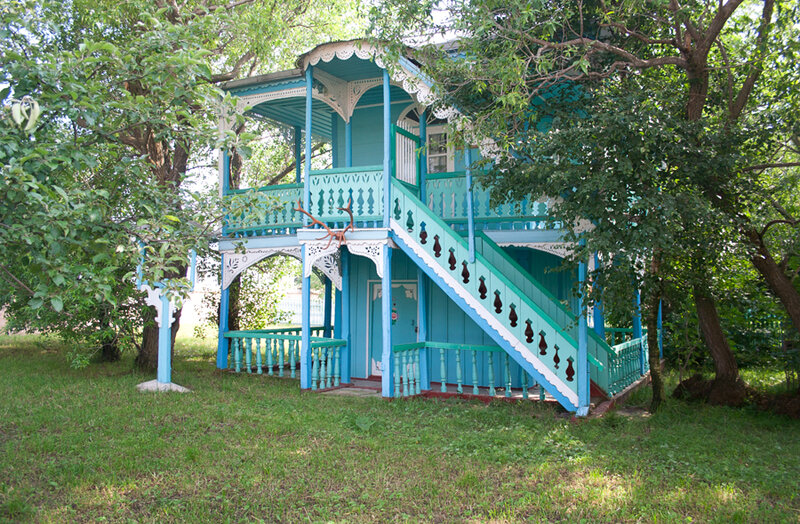 To learn more about the life of the Dukhobor community, visit the Blue House. It is a magnificent two-story wooden house with intricate carvings and hand-painted floral emblems in a shade of bright turquoise. It is part of a large private complex that includes the Dukhobor community hall and a house of worship. The Blue House was built as an orphanage for children who came to Georgia without parents after the Dukhobors’ arduous journey south.

Lailashi is a small high-altitude village in northwest Lechkhumi, Georgia, a remote part of the country characterized by limestone cliffs (including the stunning Sairme Pillars), steep cliffs and soaring peaks. This small settlement is famous for the “Secret Pool” of Lailasha, also known as the Okronishi Fountain. The fountain is a set of two high-altitude pools fed by natural water sources. It is a stunningly beautiful place. 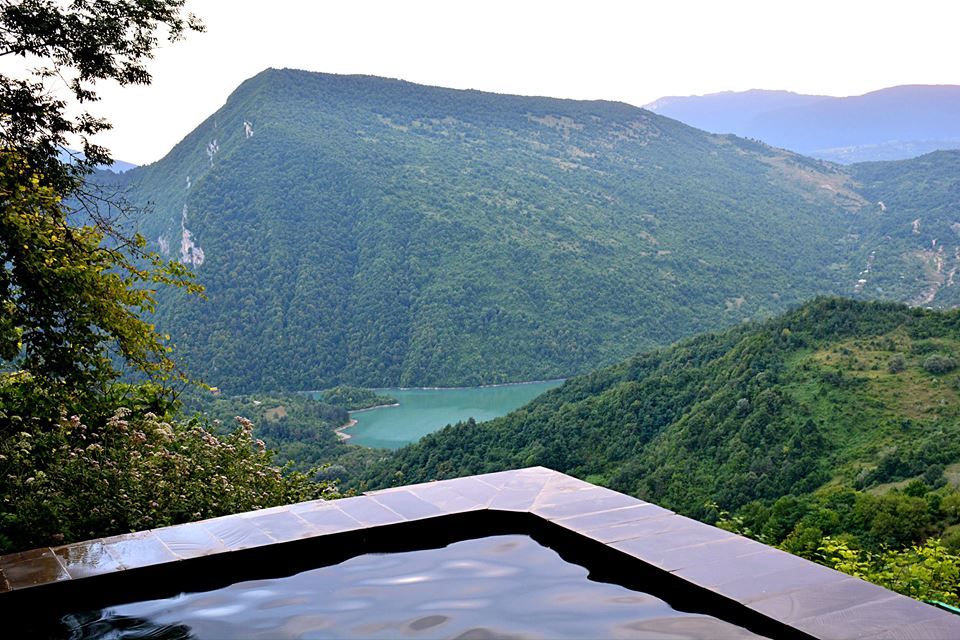 The village of Lailashi itself has an interesting history as a former outpost on the old Silk Road.