Norway’s largest city and capital is visited by at least several hundred thousand tourists a year. And no wonder: the city itself is a great place to spend even a few days visiting museums and enjoying the fjord climate of this modern metropolis . If you are wondering what to see in Oslo and need to know before you leave, including how to prepare for it, this article is just for you.

In addition to seeing the fjords, Oslo, Norway’s capital, has a few places you must visit and learn about their history. Take a look at the sights in the city that are sure to capture your heart!

Start your Oslo sightseeing tour here. Located on the outskirts of the city, this medieval fortress-castle dates back to the 17th century and towers majestically over the city with its soaring towers. From its earliest days the fortress has resisted invaders as the main line of defense of the Norwegian coast. Some even claim that it was never conquered by the enemy. 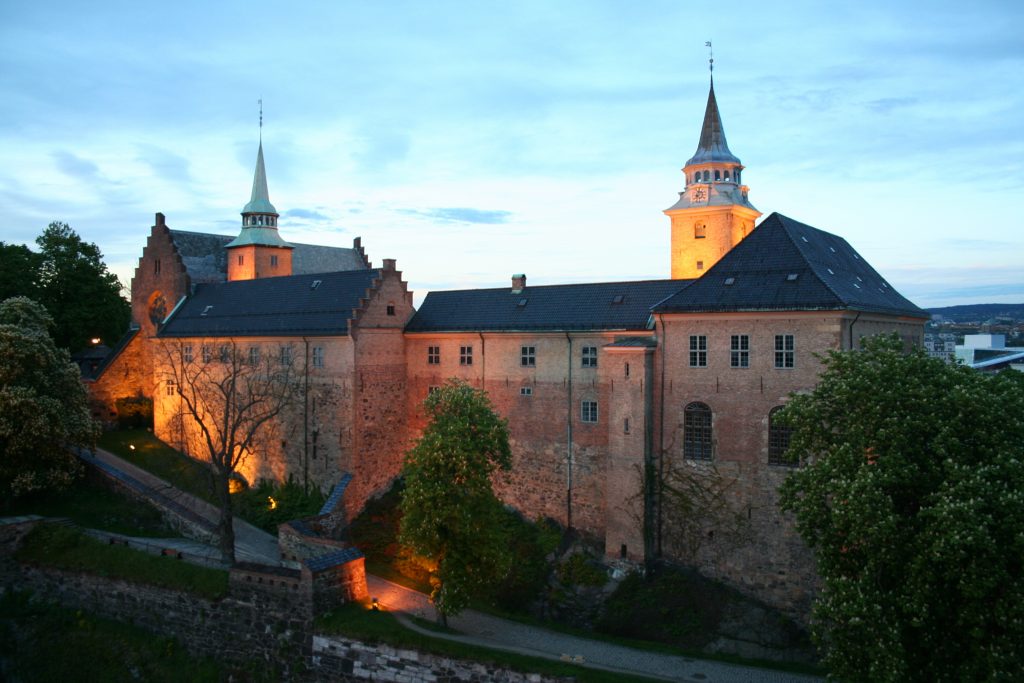 The fortress has served other purposes in the past, including being a prison during World War II. It was here that Vidkun Quisling, the leader of the Nazi collaborators, was executed in 1945. Today Ackershus is a place where you can find many museums of a military character as well as the royal tomb. Throughout the year you are free to enter the fortress and enjoy all the memorabilia inside.

Originally it was an industrial area with shipyards and a basin of engineering industry. With the advent of the 1990s, the area was gradually transformed: some halls were turned into retail spaces, some buildings were demolished, and a large proportion of the area underwent comprehensive redevelopment. 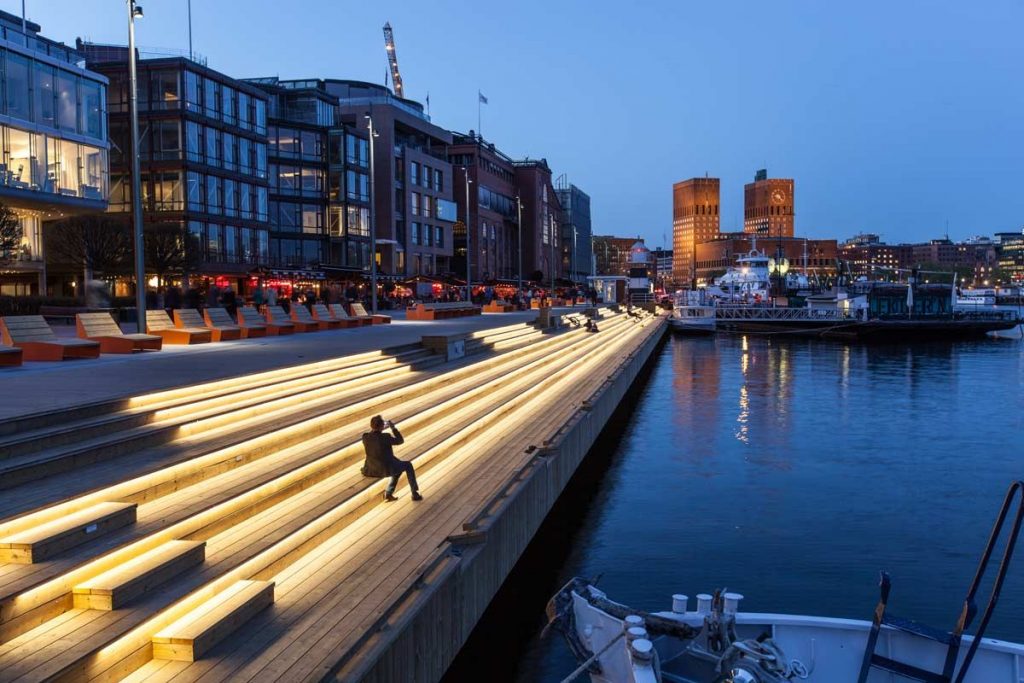 Today you won’t find any trace of the industrial past, just places for shopping, going to the movies and fine restaurants. Aker Brygge has become a prestigious residential area . Only fewer than 1,000 residents of Oslo have homes in the area, while about 6,000 work here.

READ
What places to visit in London? 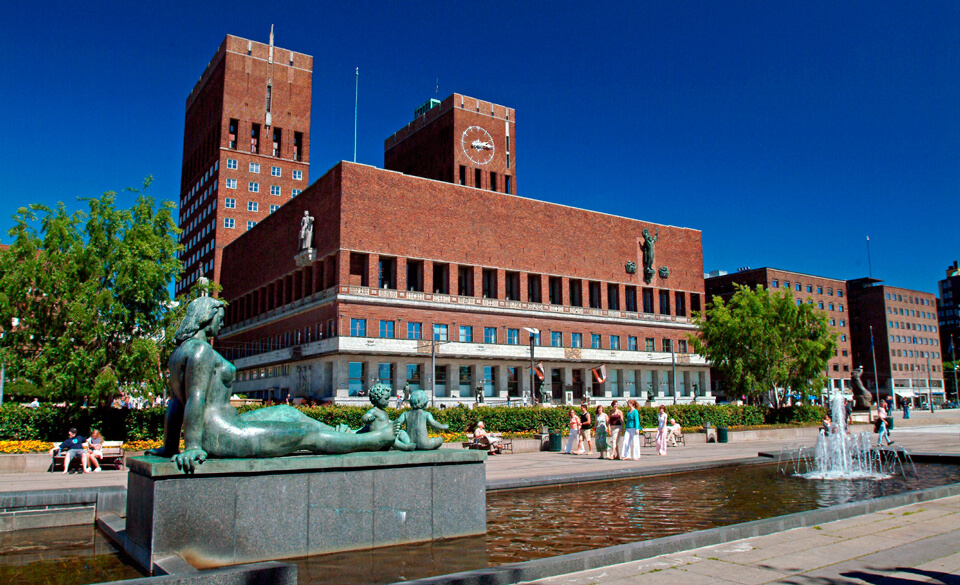 The government building of the Norwegian capital is impressive from afar. The massive, almost castle-like building consists of a complex of two tall structures imitating towers and a lower multi-story one. The town hall, in addition to being the seat of the city authorities, is also the site of the municipal art gallery. The red brick of the building stands out against the surrounding architecture and serves as a wonderful decoration. The facade of the town hall depicts St. Hallward, the patron saint of Oslo . This is also the place where the Nobel Peace Prize is awarded each year (other awards are given to recipients in Stockholm). 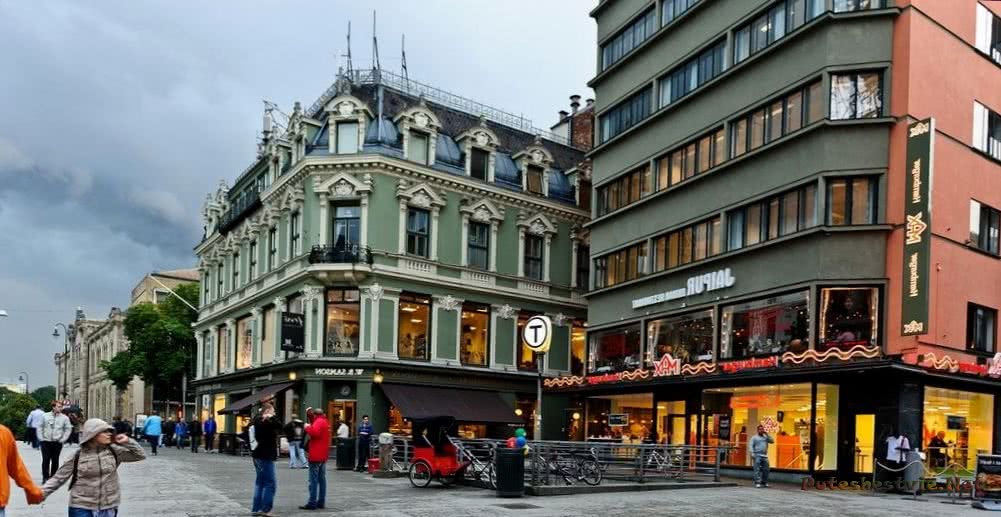 This is the main street of the Norwegian capital. The choice of its name was not accidental – it pays tribute to King Charles III John (known as Charles XIV during his reign on the Swedish throne). The promenade stretches across the city from the Central Station to the Royal Palace. This walk will allow you to quickly explore Oslo and get a glimpse of some of the main sights. You’ll pass the Parliament, historic houses and the National Theater, and on your way to Aker Brigge, you’ll come across the Town Hall and the Nobel Peace Prize Center.

Another landmark worth seeing in the city center is the Opera House. It was inaugurated in April 2008, and in 2009 it was awarded the European Mies van der Rohe Award, which is given to EU modern architecture. 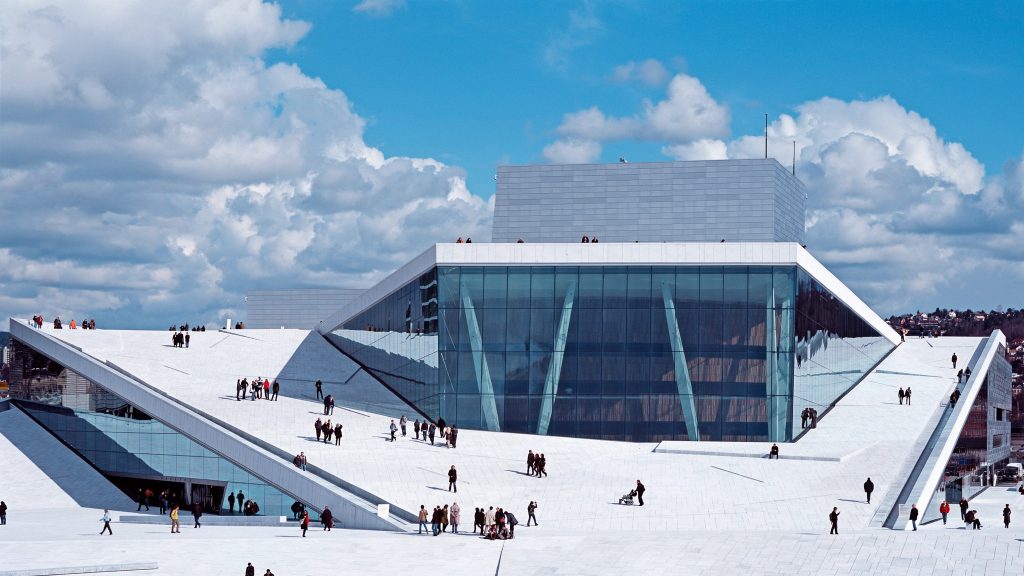 The building’s casing resembles connected triangles, with the longest sides going straight into the water. The sharp lines are balanced by an observation deck on the roof of the Opera House . From here you can admire the Oslo waterfront. The view is sure to stay with you for a long time! If you get a chance, it’s worth visiting the entire opera house, the best way to do it is to go to a performance.