Substitution of locations and locations – a common practice in the film industry: for example, the story in the film is about Paris, but filming takes place in Toronto pavilions, or the green screen is involved, and everything else is finished (it’s often cheaper than taking a film crew across the ocean and negotiate with local authorities). But this is not always the case. Filmmakers understand that you can’t replace nature with graphics, and that’s why avid film buffs can take trips to places in their favorite movies. Today, we’re going to tell you about 5 such spots that are definitely worth seeing.

One of the movies about this adventurer spotlighted the famous El Khazneh Temple. This structure is considered an example of the greatest skill of ancient architects and stonemasons. To this day, many tourists go to the site. Moreover, in order to be photographed in front of the temple, like Indiana Jones, it is not necessary to rest in Jordan itself. According to travelers, tours are also taken from neighboring resorts of the Sinai Peninsula – Eilat, Taba, Sharm el-Sheikh. 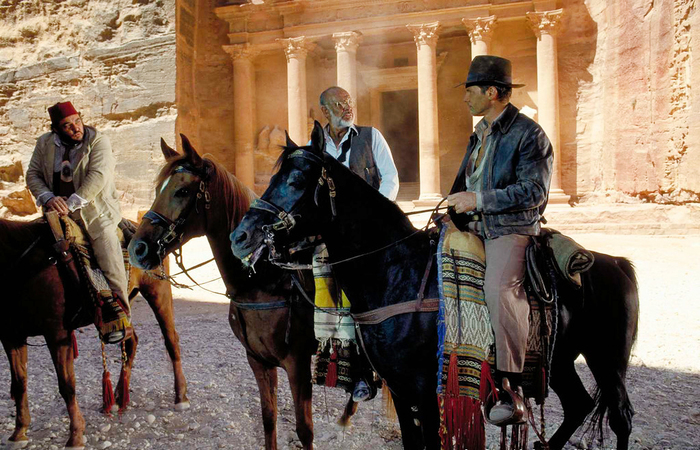 A classic of the romantic genre, the film “Amelie” tells about the life of an extraordinary girl in Paris. We’ve already seen in detail the interior of the main character’s apartment; this time, let’s talk about the scenes filmed outdoors. Fans of the film come to the French capital to look for filming locations, and it’s not hard to do: most of the scenes unfold in the most bohemian district of Paris – in Montmartre.

We advise to pay attention to a couple of places. First, the Two Mills Cafe where Amelie’s heroine worked as a waitress. Despite the fact that the movie was filmed 15 years ago, the interior of the cafe has not changed much. The iconic place is located at 15 Rue Lepic (the nearest metro station is Blanche). 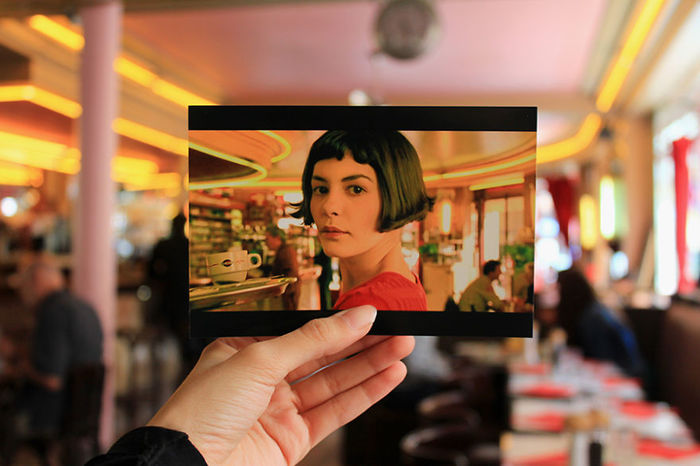 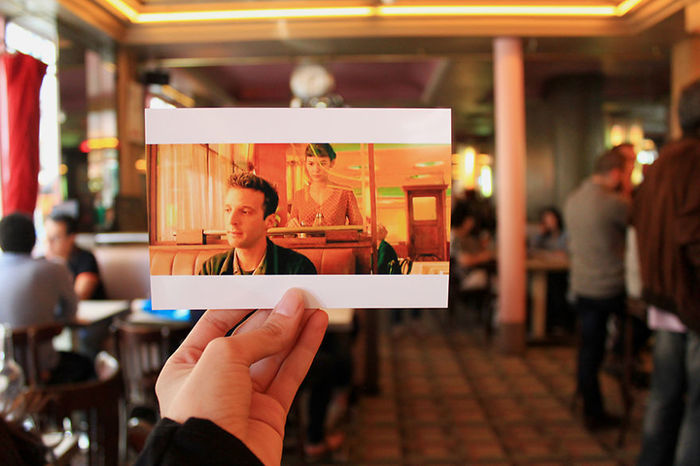 Secondly, the Sacré-Coeur Basilica, which was the scene of several iconic moments at once: the scene with the street machine and the final ride of the lovers on a scooter past the cathedral. Even the average tourist who is not a big fan of the film takes the time to climb up to the observation deck at the basilica, let alone movie buffs! Definitely a must-see. 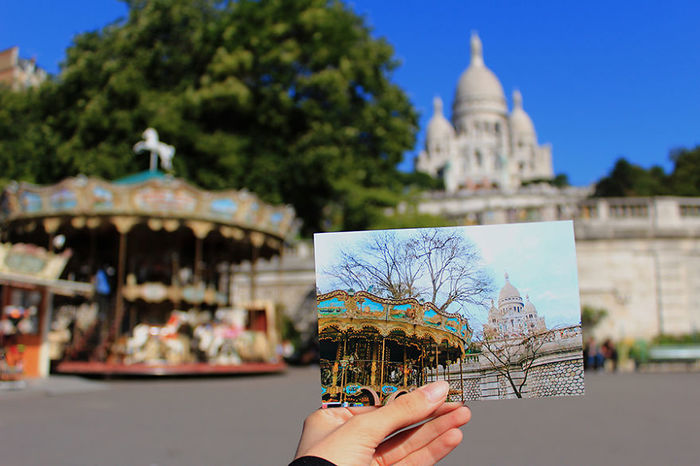 The “Game of Thrones” series, the interiors from which we’ve reviewed twice here and here, were filmed in many countries in Europe. We could devote an entire article to filming locations in Iceland, Spain, Morocco, Northern Ireland, Malta, but we decided to stop at Dubrovnik, where the storyline is set in King’s Landing. Of course, we should understand that the series is fantastic, and many of the locations were changed using computer graphics, so that they were more like the fantasy of the author George Martin. Nevertheless, some things are still quite recognizable. For example, the fortress of Lovrijenac, which rises on a 37-meter cliff five minutes walk from the old town of Dubrovnik. The fortress is separated from the city by a small bay, where the Battle of Blackwater was filmed.

See how the shot looked in the TV series and how the fortress looks in reality. The color correction and the finished towers created a completely different look. In any case, the real fortress is worth watching: where else could you feel like a medieval knight? 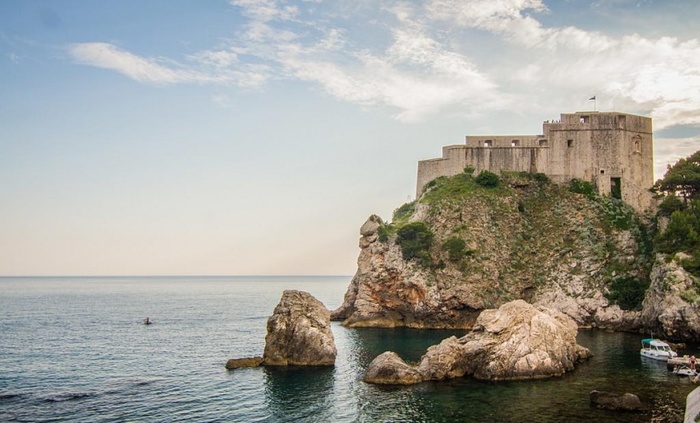 The film “Lay low in Bruges” tells the story of assassins who are sent to Bruges because of a failed assignment. Colin Farrell is frankly burdensome to stay in the ancient city, but his partner (Brendan Gleeson) enjoys the beauty of the medieval buildings. We’ve compiled a list of a few of the places that made an appearance in the film.

READ
Ghost towns from around the world. 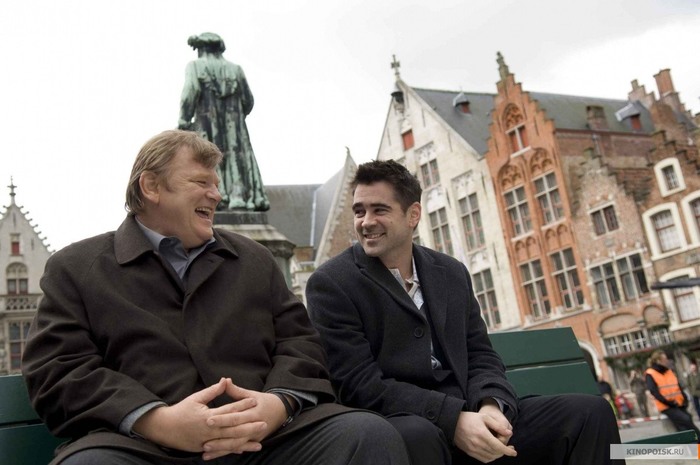 5. Stockholm, Sweden (The Girl with the Dragon Tattoo)

Stockholm is a unique city. As fans of Scandinavian style, we’d advise all travelers to go to the interior design stores of Sweden’s capital city, but since the topic of today’s article isn’t about beauty at home, but about movie scenes, let’s look at Stockholm from the perspective of The Girl with the Dragon Tattoo, released in 2011.

Here’s what director David Fincher says about the choice of filming location:

I can’t imagine making this movie anywhere else. It couldn’t have been made in Seattle or Montreal. It should have been filmed in Sweden because the story is very Swedish.

It is interesting that the film shows the streets of the city and its general atmosphere, while the book gives a more detailed description of the locations. The Stockholm authorities, knowing tourists’ love of Larsson’s book, sell a detailed illustrated “Millennium Map,” which lists all the places the story tells about. 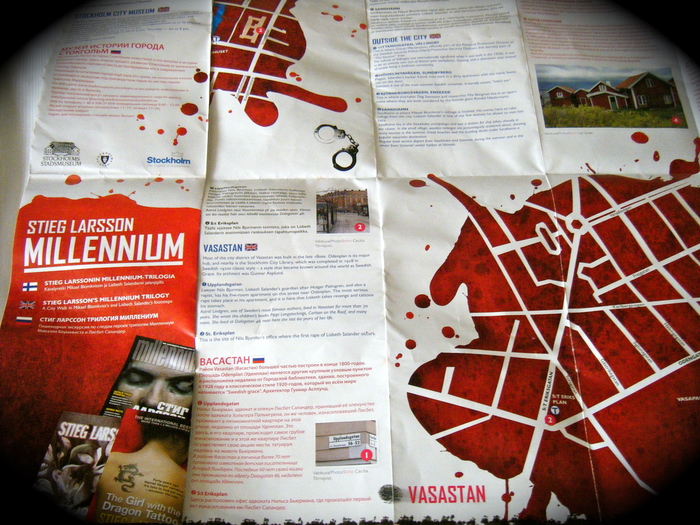 A lot of interesting movies were made in Europe, and fans of travel based on the movies clearly do not have to get bored in any country, whichever they choose. Kwartblog wishes you interesting trips and vivid impressions!