In the late 1820s, a British explorer in India named Charles Masson stumbled upon mysterious ruins and brick mounds, the first evidence of the lost city of Harappa. Thirty years later, in 1856, railway engineers discovered more bricks that had been removed before the railroad could be continued. In the 1920s archaeologists finally began excavating the Harappa and Mohenjodaro sites. The long-forgotten Indus Valley civilization was finally discovered.

A thousand years ago the Indus Valley civilization was larger than the ancient civilizations of Egypt and Mesopotamia combined. Many of its vast cities were located on the banks of rivers that still flow through Pakistan and India today. Here are some stunning facts about this civilization. 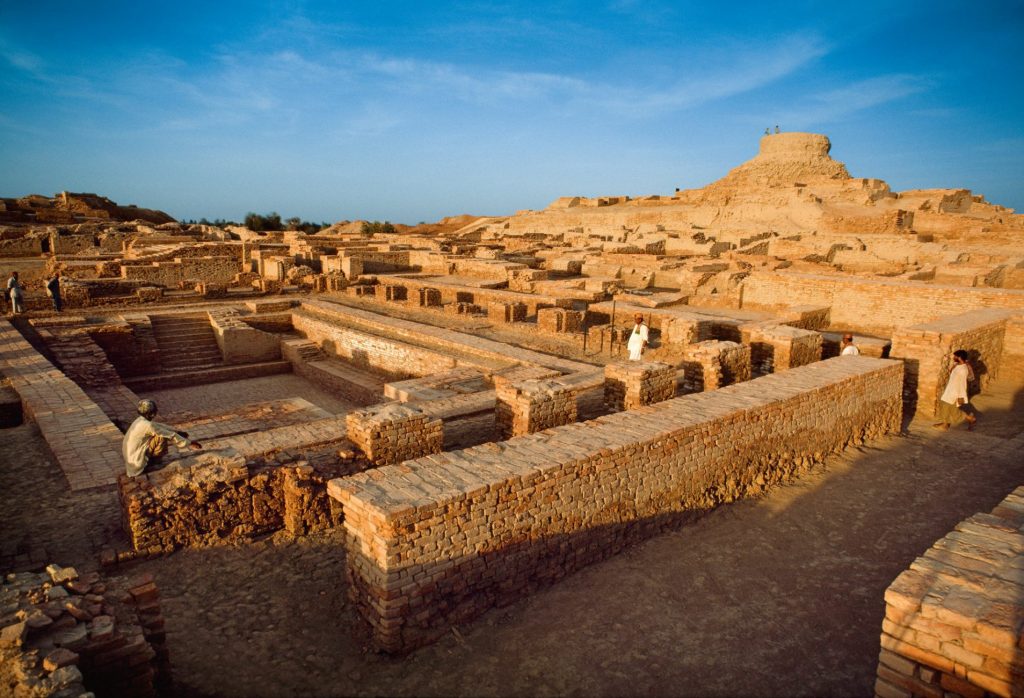 1. The oldest in the world

Scientists from the Archaeological Survey of India recently discovered evidence that the Indus Valley civilization is at least 8,000 years old, not 5,500 years old as previously thought. This discovery, published in the prestigious journal Nature on May 25, 2016, makes it not only older than the Egyptian and Mesopotamian civilizations, but also the oldest in the world!

2. Mohenjodaro and its Great Bath

Mohenjodaro translates as “Hill of the Dead” or “Pile of the Dead” in Sindhi. The Great Bath of Mohenjodaro, is a watertight pool situated on a hill of mud and enclosed by brick walls. This pool (and another at Dholavir) suggests that the Harappans valued cleanliness. There are even small locker rooms around the Great Bath with an adjoining bathroom area in each room. 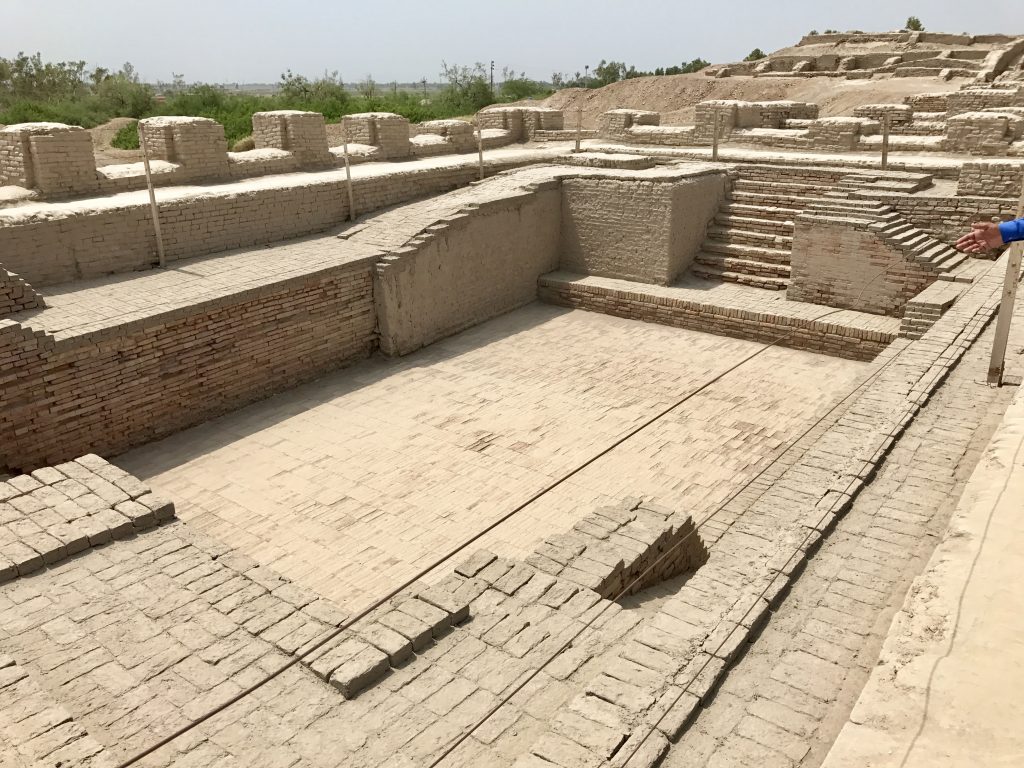 2. Mohenjodaro and its Great Bath

The most intriguing of all the undeciphered scripts in the world, consists of pictographic signs and various human and animal motifs that include the mysterious “unicorn”. They have been found inscribed on miniature steatite statuettes, terracotta tablets, and sometimes on metal. Linguistic experts and scientists have been trying to decipher this complex riddle for decades, as it may hold the key to the secrets of this mysterious culture.

READ
12 things to do in Colombo, Sri Lanka. 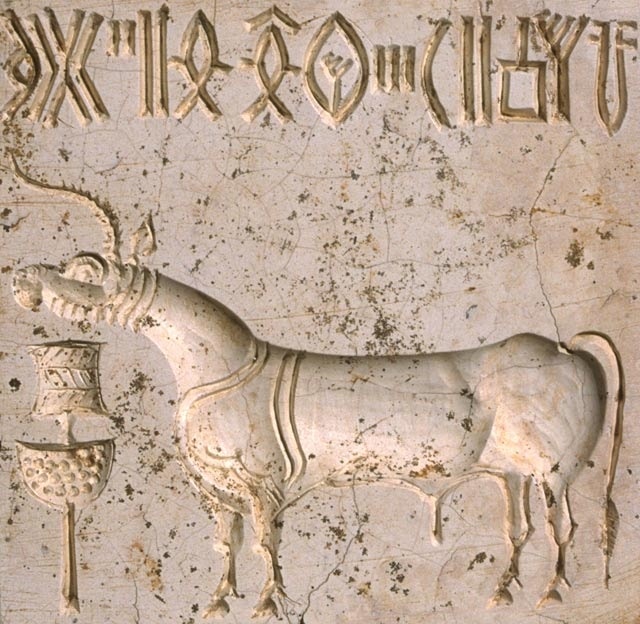 4. The great granaries of Harappa.

Evidence of several granaries, massive buildings with solid brick foundations and sockets for wooden superstructures have been found in excavations of Harappa, Mohenjodaro and Rakhigarh. All the granaries were built close to the river bank so that boats could be used to transport the grain easily. The Great Granary at Harappa also had a number of working platforms with round bricks nearby which were probably used to grind the grain.

The vital and prosperous trading center of the Indus Valley civilization, Lothal had the world’s earliest known shipyard. Spanning an area 37 meters from east to west and nearly 22 meters from north to south, the dock connected the city to the ancient course of the Sabarmati River, which was the trade route between the cities of Harappa in Sindh and the Saurashtra Peninsula. In those days, the Kutch Desert surrounding today was part of the Arabian Sea.

Kalibangan, which literally means black bracelets, lies along the left bank of the dried bottom of the Gaggar River in Rajasthan. In addition to evidence of the earliest ploughed agricultural field ever discovered during excavations, Kalibangan also contains several fire altars which indicate that the Harappans believed in the ritual worship of fire. 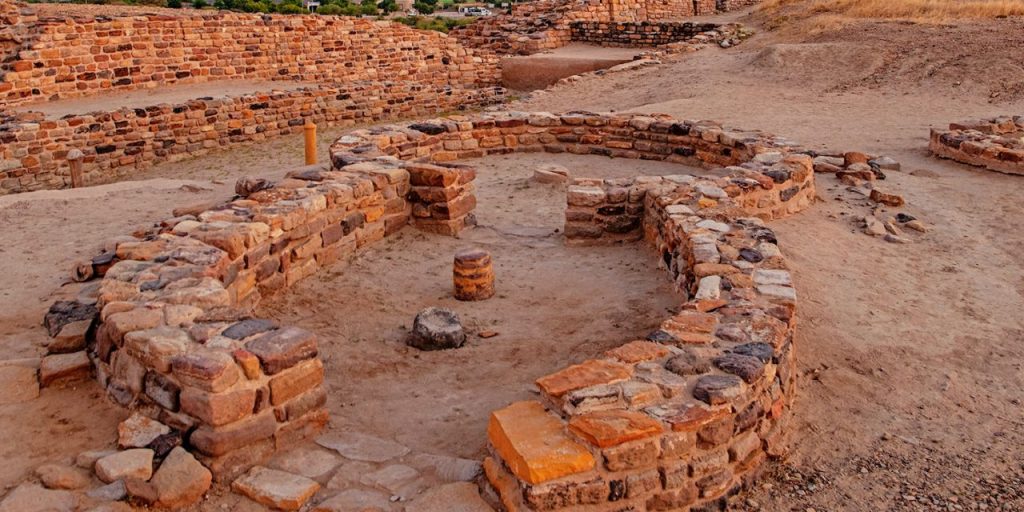 7. A game similar to chess

The evidence suggests that the Indus Valley civilization’s inhabitants loved games and toys. Flat stones with an engraved grid and game pieces have been found, showing that the Indus people may have played an early form of chess. Archaeologists have also found dice of dice with six sides and spots. They may well have been the ones who invented the first dice game.

The well-planned street network and elaborate drainage system hint that the inhabitants of the ancient cities of the Indus civilization were skilled urban planners who attached great importance to water management. Wells have been found throughout the city, and almost every house has a clearly marked bathing area and a covered drainage system.

READ
The most popular excursions in Antalya, Turkey. 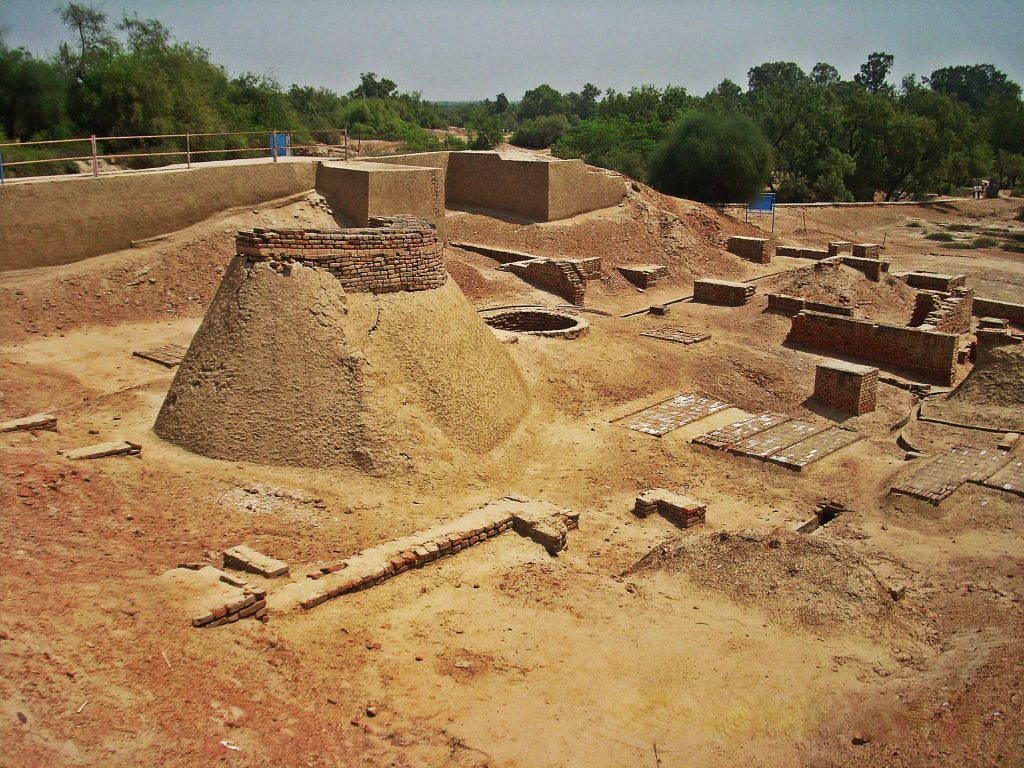 The prosperity and growth of the city is evident in artifacts such as beads, jewelry, and pottery recovered from almost every house, as well as in the baked brick city structures themselves. Not everyone was rich, but even the poor probably got enough to eat. The cities lack ostentatious buildings such as palaces and temples, and there is no obvious central place of government or evidence of a ruler. In addition, the absence of many weapons shows that the Indus people had few enemies and that they preferred to live in peace.

The most common artifact in the Indus Valley civilization was jewelry. Both men and women adorned themselves with a wide variety of jewelry made from a variety of materials, from precious metals and gemstones to bone and baked clay. Excavated dyeing structures indicate that cotton was probably dyed in various colors (although only one surviving fragment of colored cloth has survived). They were also aware of the use of cinnabar, vermillion and colliery as cosmetics.

Terracotta, steatite, and metal figurines of girls in dancing poses show the presence of some dance form as well as skillful craftsmanship. The most interesting and famous figurines found as a result of excavations in the Indus valley are the bronze dancing girl, the Bearded Priest King made of steatite, and the terracotta wheeled cart. 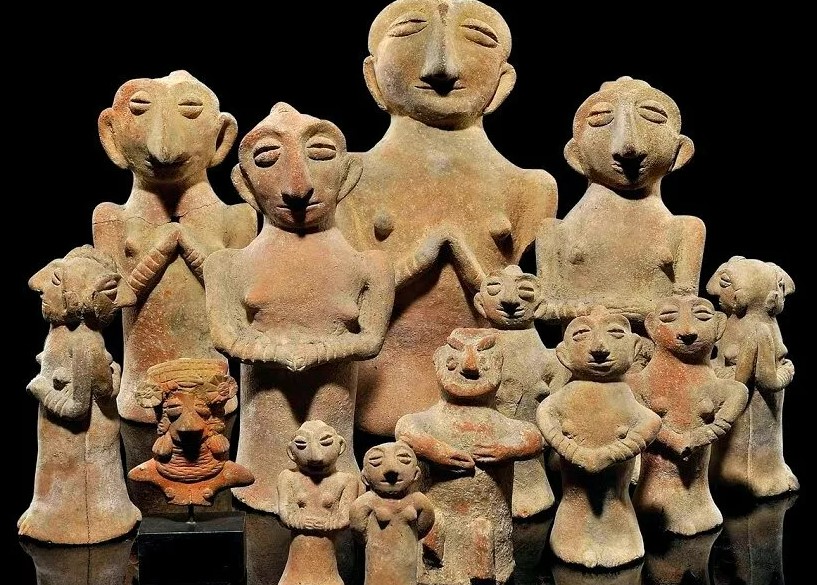 Objects recovered from the ruins of several Harappa cities suggest a system of tightly controlled trade. Trade through barter (not money) was very important to the Indus civilization, and their main trading partner was Mesopotamia. There is evidence that people in Mesopotamian cities such as Ur possessed Harappan luxury goods such as beads, pottery, weapons and tiny carved bones.

Thousands of engraved amulets of steatite, agate, chert, copper, earthenware, and terracotta have been found at Harappa sites . A famous figure, of a man in a pose resembling that of a lotus surrounded by animals. It depicts the revered deity of the Indus culture, Pashupati Mahadev, who is considered the predecessor of the Vedic god Shiva. 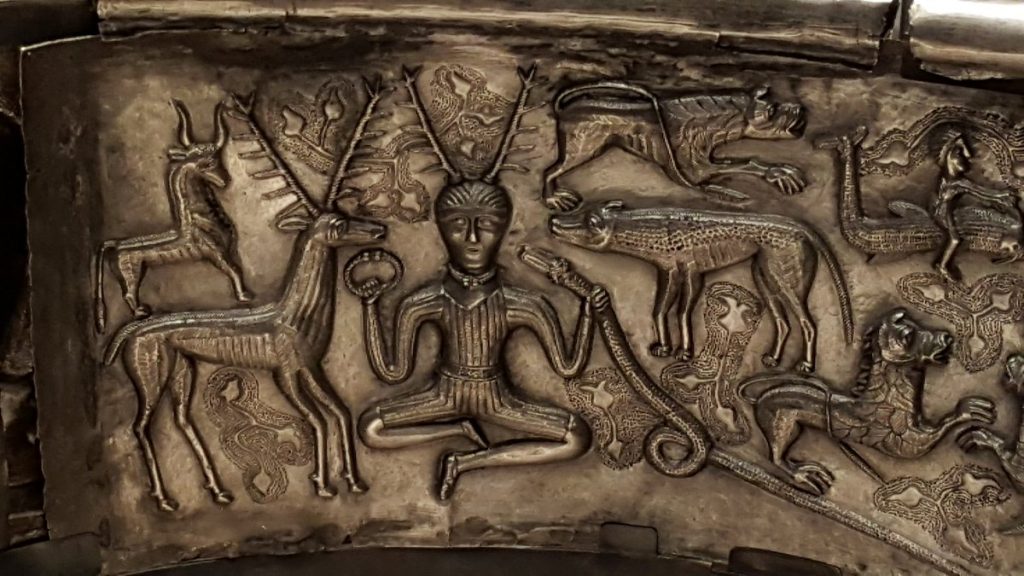 14. The worship of the mother goddess.

The recovery of a large number of figures from almost all excavations indicates that the people of Harappa worshipped a mother goddess, but nevertheless there were other cults that were common and popular in their civilization, such as the fertility god.

The evidence for the destruction of the dead at Harappa is quite unique and interesting. Excavations have led to 57 burials of various types in which the bodies were disposed of in rectangular or oval brick-lined pits cut into the ground along with grave goods such as jewelry and pottery. At Ropar, a man was found buried with his dog. 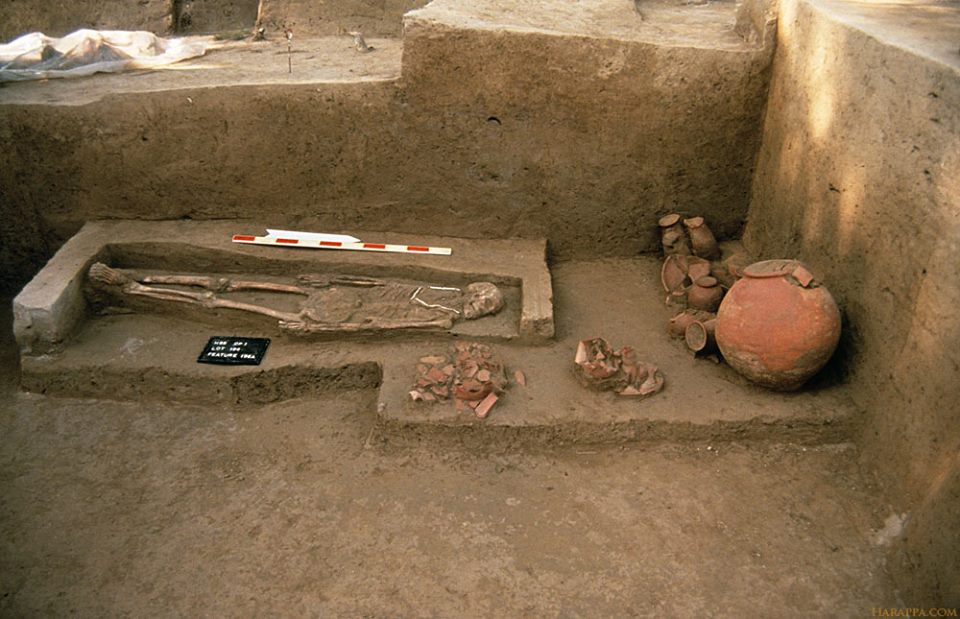 16. The mysterious massacre at Mohenjodaro

Excavations at Mohenjodaro revealed 44 skeletons scattered in the streets, as if their demise came so suddenly that they could not even reach their homes. All of the skeletons were flattened to the ground, including a father, a mother, and a child who were still holding hands. Lying on the streets in contorted positions, in layers of rubble and ash. Archaeologists have concluded that all of these people died from violence, but what caused the violence is still unexplained.

Archaeologists have long wondered about the sudden decline of the Indus Valley civilization. There is no conclusive evidence that any city of Harappa was ever burned, flooded, besieged by an army, or taken by force from within. It is more likely that the cities collapsed after natural disasters or after rivers such as the Indus and Gagra-Hakkar changed their course. This would have interfered with the local agricultural economy and the importance of civilization as a center of commerce.