The most beautiful volcanoes to see

They are spectacular and terrifying at the same time. They are the fiery monsters that have played with and tormented mankind throughout history. If you have ever watched a stunningly beautiful show called an active volcano, you will never forget it. We are not referring, of course, to fatal eruptions like the one that devastated ancient Pompeii or drove the inhabitants from half of the island of Montserrat. Nowadays, there are quite a few volcanoes that “snap back” but do no harm to people, flora and fauna. Here are the most beautiful active volcanoes that are worth seeing.

Piton de la Fournes: a shield in the Indian Ocean

The beautiful shield volcano in the southeast corner of the island of Réunion (an overseas region of France) in the Indian Ocean has a long name: Piton de la Fournese. This powerful natural monster is one of the most accessible and most active volcanoes in the world. Its height – 2631 meters, the edge of the caldera is formed by high rocks, which have several craters, explosive “temperament” is distinguished by the crater Dolomu. Zigzag hiking trail leads directly to the caldera, it can be overcome in five hours. Sometimes the trail is closed (for safety reasons, since the last eruption occurred not so long ago – in the second half of May 2015). 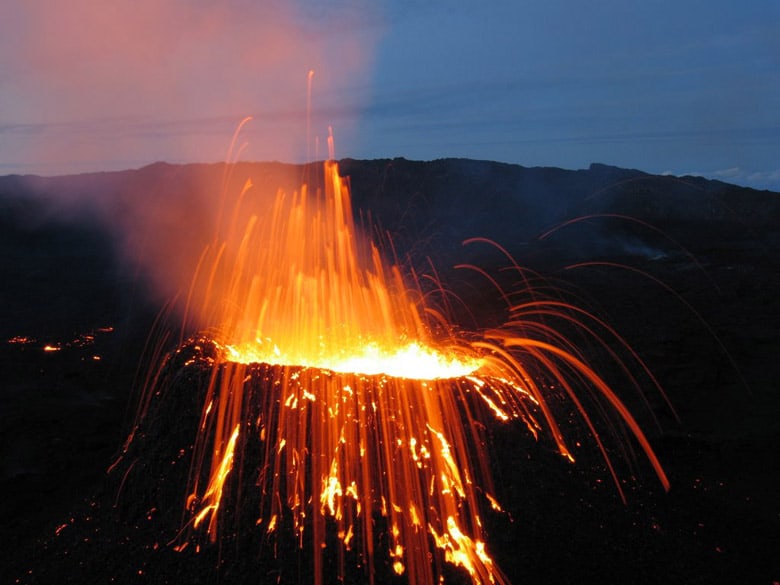 Etna: the pride of Sicily

Sicilian Etna is still “coughing” ash into the bright blue Italian sky, but it is an amazing sight! Europe’s most active and most beautiful volcano is easy to reach. You’ll visit charming Baroque villages along the way, and from the end of the Rufugio Sapienze trail, a cable car takes travelers up the mountain to a height of 2,500 meters. There, a bus awaits tour participants, climbing to an even higher altitude, and then you will have a guided walk. Black ash will crunch beneath your feet, and a trail will take you from the crater to the crater. The best time to visit Etna is in the morning or on a clear day. Not so long ago, there were reports of lava flows accompanied by ash plumes – on such days, excursions to Etna are prohibited. 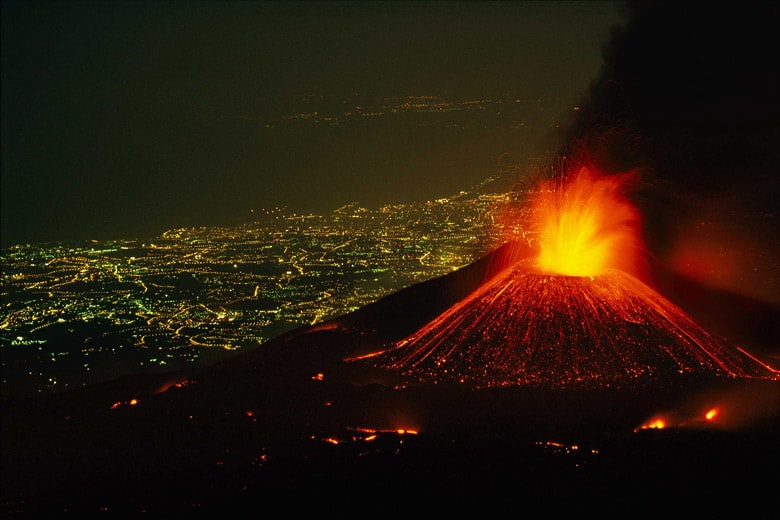 The island of Tanna, Vanuatu, has lush green forests – they completely cover the lower slopes. But in a four-wheel-drive car, you can climb higher, driving through parched fields to the edge of the boat, which is studded with ash and lava “bombs.” At your feet an open wound in the flesh of the earth will open up, a menacing noise coming from the bottom of it. This is one of the capricious beautiful volcanoes, Mount Yasur. Watching its activity is like watching a New Year’s Eve pyrotechnic spectacle. In late April 2015, the local observatory reported that things were heating up around the boat, and the area was off-limits for the time being. 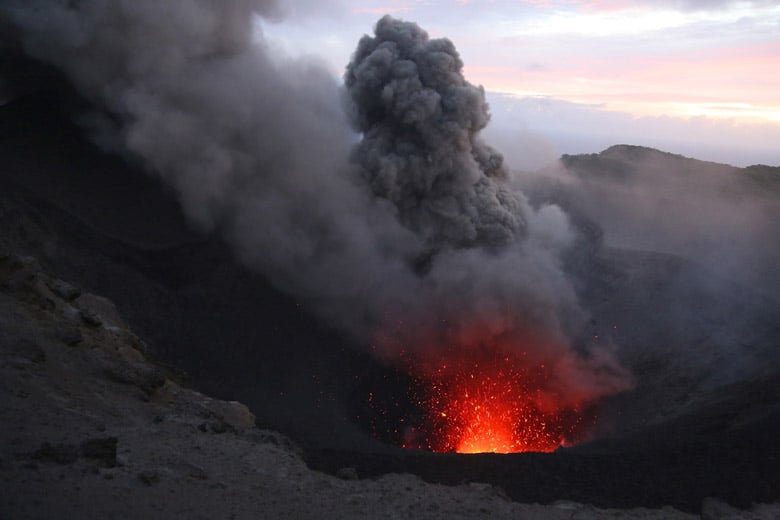 The Big Island of Hawaii has its own oozing treasure, Kilauea Volcano. Even its name in Hawaiian means “erupting” or “erupting violently. It is considered one of the most active volcanoes on Earth. The eruptions of the beautiful and very stroppy shield volcano are centered on the Puu-oo crater, as well as another “vent,” Halemaumau. At night, the lava lake illuminates the smoke clouds hovering above it, and it looks fantastic! Kilauea is part of Hawaii Volcanoes National Park, which is traversed by the scenic Kilauea Iki Trail and can be traversed in a three-hour walk. 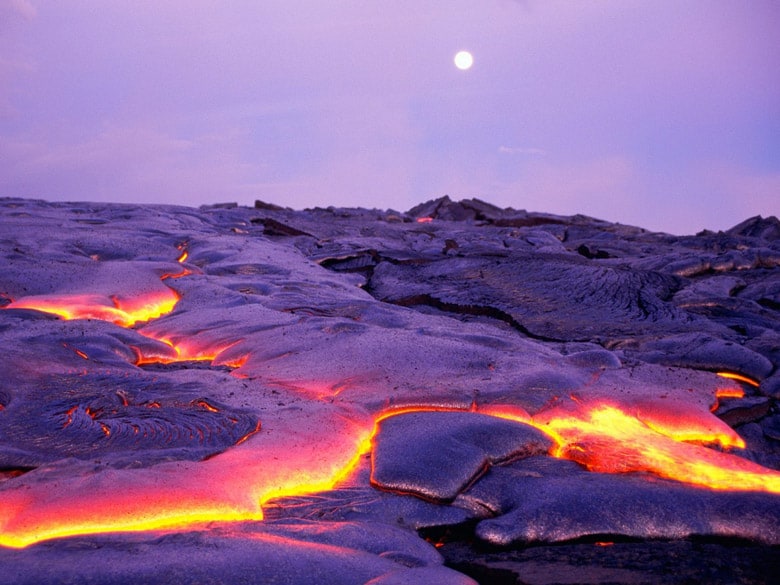 Stromboli: the grumbling discontent of the Lipari Islands

Another Italian volcano, the 926-meter Stromboli, is located in the Lipari Islands (Tyrrhenian Sea). It is constantly in a state of “grumbling discontent” and has exploded regularly over the past two thousand years. Fortunately, these are mini eruptions, which are very interesting to watch (the big one happened in 2009, but it didn’t hurt anyone). Travelers are available for a three-hour hike, which begins at the end of the day (in the darkness the beautiful volcano can show its true colors – tourists will see well the three luminous craters of Stromboli). Every few minutes there is a deafening rumble, the craters light up in flames, and a flaming spear shoots into the sky. 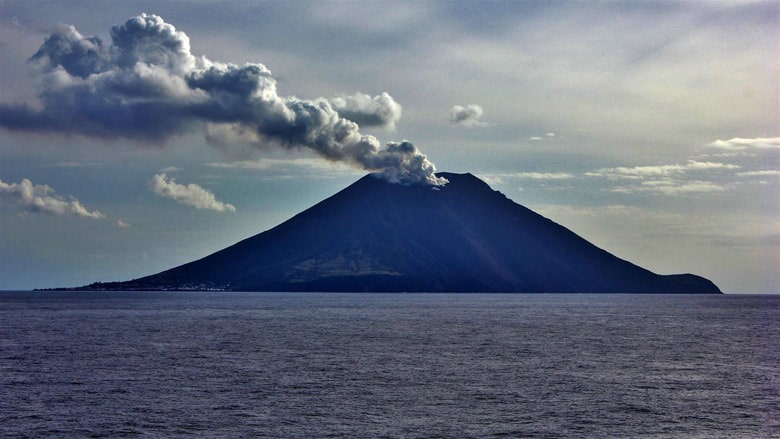 The impressive gentle cone of Mount Bromo, located in the massive Tengge caldera of the eastern island of Java, is Indonesia’s most famous volcano. The scorched landscape of Bromo and its crater is best viewed at dawn, when the sun slowly and solemnly rises over the peaks and paints them in different shades of red. The view from the nearby village of Tsemoro Loang cannot be described in words – it is like a science fiction movie. Hikers can take part in tours organized here, reach the edge of the crater and feel like heroes! 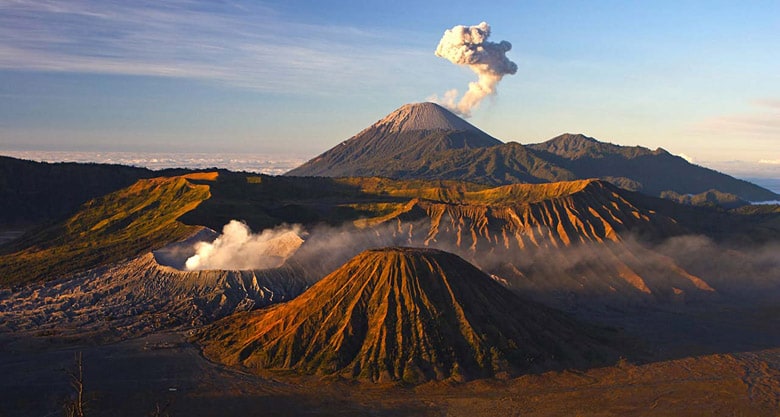 Fifty kilometers off the east coast of the North Island (New Zealand) has its own beautiful volcano called White Island (White Island). This only “living” volcano in the country rises straight out of a geothermal “wonder book” with roaring vapors, bubbling mud holes, smoking streams and a glowing acid lake. The bottom of the crater is just above sea level, so those who go to the volcano by boat need not climb. The boat tour includes a two-hour exploration of the inner crater and is accompanied by expert commentary. 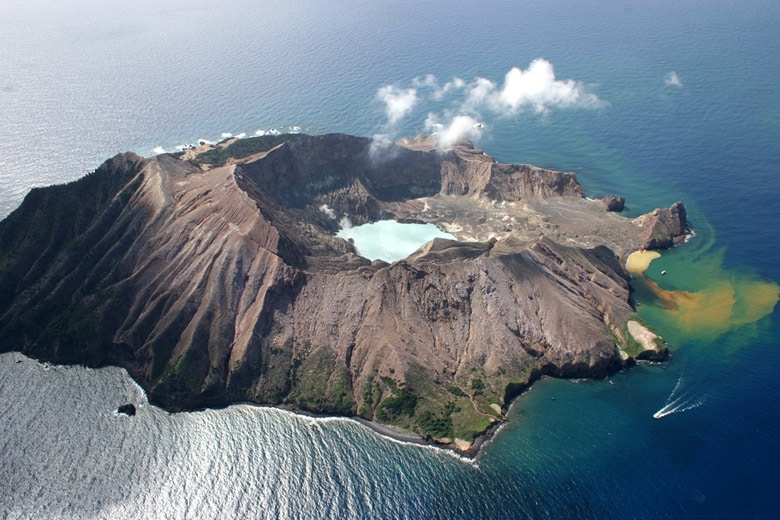 Pacaya in Guatemala: fun for the extreme

The 2,552-meter Guatemalan cone of Pacaya (or Pacaya) has been in a moderately eruptive (erupting) state for the past 50 years with frequent “explosions.” You can reach this beautiful volcano from Antigua or Guatemala, and exploring Pacaya is a favorite pastime for climbers and extreme climbers. From the village of San Francisco de Sales, the hike to the crater takes two hours. Then you get an incredible panorama: a vast bowl of lava and a jet-black cone. Of course, when the volcano gets angry and throws chunks of rock and clouds of ash into the sky, blocking out daylight, a walk to Pakaya is impossible. 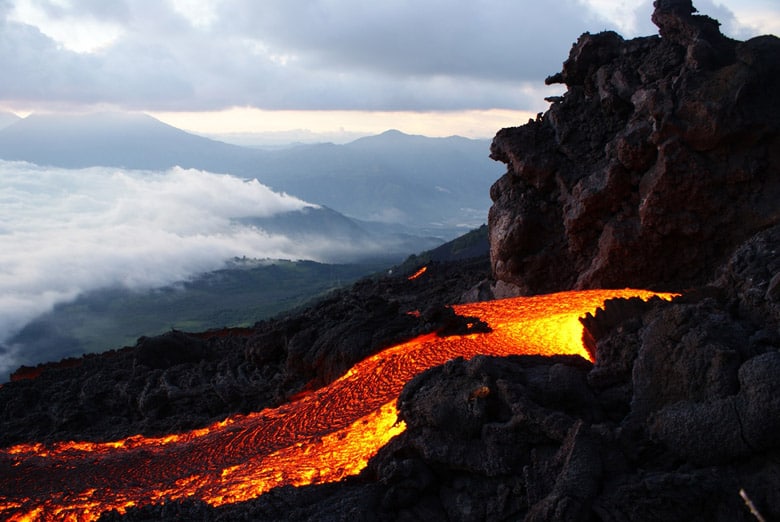 The volcanic island of Sakurajima rises from the sea just four kilometers from the city of Kagoshima (southern Japanese island of Kyushu). Grumbling, stirring, and alive, Sakurajima has daily strombolic explosions, accompanied by large ash emissions. Craters are inaccessible to travelers (it’s dangerous), but an observatory halfway to the top of the mountain offers a view of Sakuradzima’s powerful and spectacular “pyrotechnics.

READ
Six best things to do in Sicily 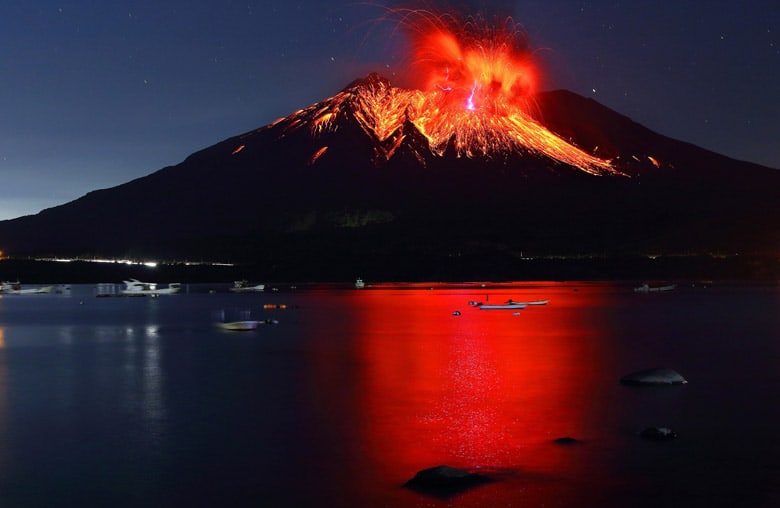 The range of Andes Mountains extending south from Ecuador’s capital, Quito, includes some of the highest and most beautiful volcanoes in the world, among them the 5,896-meter Cotopaxi, an ideal mountain for photographing. Another, 5,023-meter Tungurahua, the “throat of fire,” last erupted in April 2015. Ecuador’s highest peak is also an extinct volcano, Chimborazo, which rises 6,384 meters into the sky. Tours come in several variations: hiking, mountain biking, and the Tren Crucero train voyage. It’s just four luxurious themed carriages that travel between volcanoes. The luxury cars, which would be the envy of Hercule Poirot, who used the chic Orient Express, only accommodate 54 people at a time. This mountain route is commonly referred to as Volcano Avenue.