Enigmatic Portugal is a country with a rich history and culture, a warm temperate climate, first-class service and low crime rate. Located in the southwest of the Iberian Peninsula, it is not too familiar to tourists, still preferring other, more classic European destinations – France, Spain, Italy.

Meanwhile, Portugal deserves a part of your vacation and attention. Ancient cities and beautiful medieval fortresses, comfortable, clean beaches and well-developed infrastructure, numerous resorts and excellent local cuisine make the holidays in this country rich, interesting and varied. Subtropical Mediterranean climate allows you to relax in Portugal almost all year round. The only thing you should consider is that the winters in this country are rainy, though warm – from +5 to +10 ° C.

The country has a lot of four- to five-star hotels. The best of them are located in ancient castles and fortresses. Familiarity with Portugal is best starting with Lisbon. Then you can move on to smaller cities – Porto, Braga and Coimbra. Do not forget that in addition to the continental part of Portugal is an island – the archipelago of Madeira. The main visiting card of the country – Portuguese port – is worth tasting in combination with the local delicacy – swordfish. Dishes of fish and seafood are the mainstream of Portuguese cuisine. 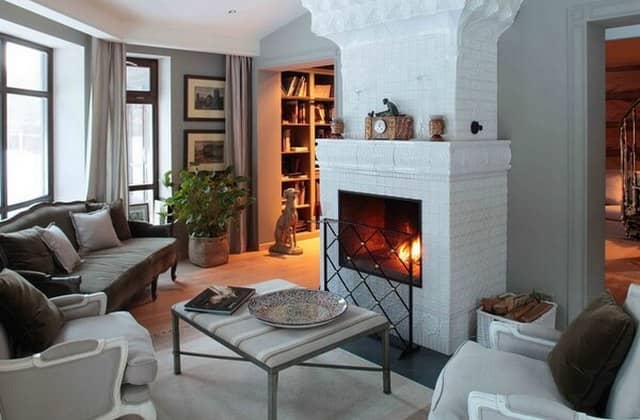 What to see in Portugal?

The most interesting and beautiful places, pictures and brief description.

The nine islands, located in the middle of the Atlantic, are quiet and tranquil. There is no developed infrastructure, but plenty of whales, dolphins and corals. Lovers of beach holidays, eco-tourism, diving and fishing go to the Azores archipelago. In the caves of sulfur beats healing geysers, and on the island of Pico is a volcano. 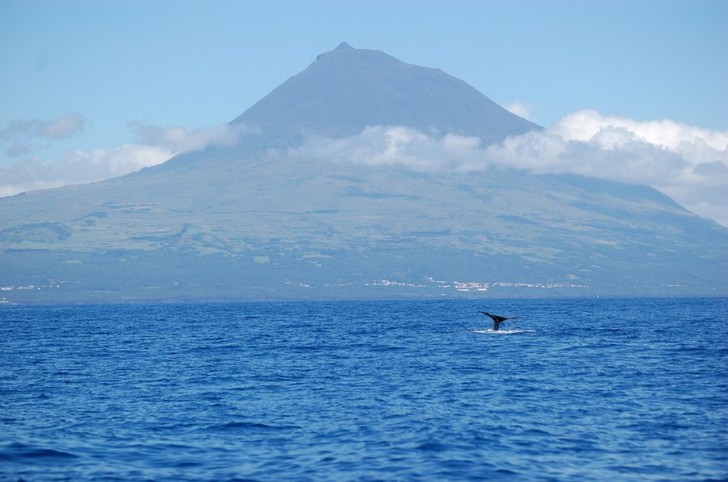 On the Tagus Island the fort is one of Lisbon’s symbols. It was built in the first third of the 16th century to commemorate the discovery of the seaway to India by Vasco da Gama and was alternately used as a fortress, powder warehouse, prison and customs house. Today the tower is open to tourists. 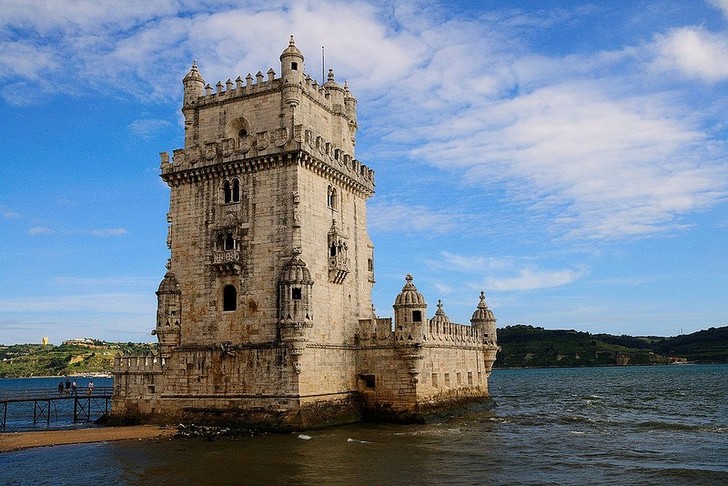 This wine-producing region of Portugal is the birthplace of Port, which became world-famous in the 18th century. Wine has been made in the area for the past two thousand years, as the grape seeds found in the soil and production dating back to the 3rd and 4th centuries bear witness. Today the Douro Valley produces light (Bordeaux) and fortified (Burgundy) beverages. 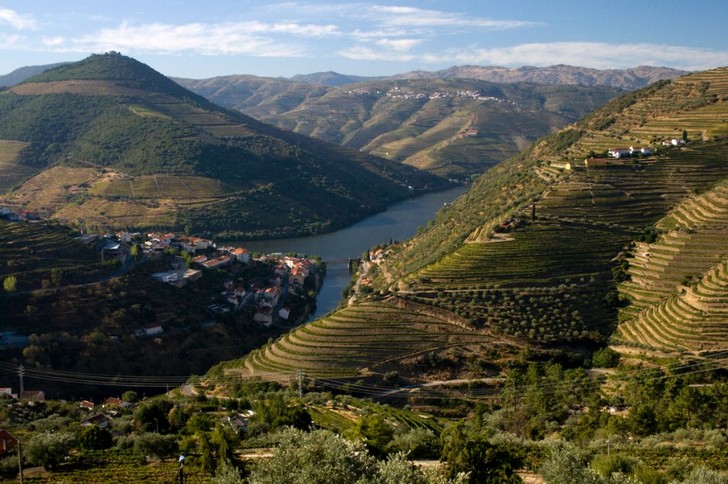 Portuguese Venice is first mentioned in chronicles in 959. The river running through the city with colourful seaweed collecting boats gives Aveiro an inexplicable charm. The local landmarks date back to the Middle Ages. The city center consists of houses built in the Art Nouveau style. 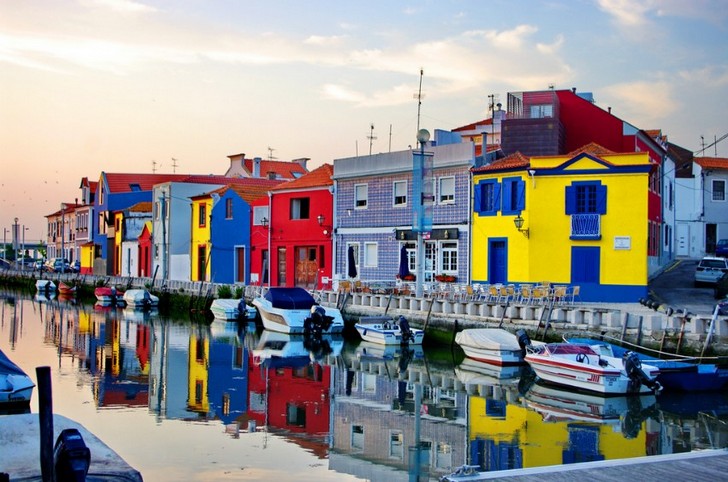 “Medieval” Pena Palace, located above the town of Citra, only at first glance seems old. In fact, it was built in the 19th century in the then popular romantic style, copying the ancient architecture. The park laid out around the palace contains plants from various parts of the world: Australian ferns, North American sequoia, and Mediterranean cypress. 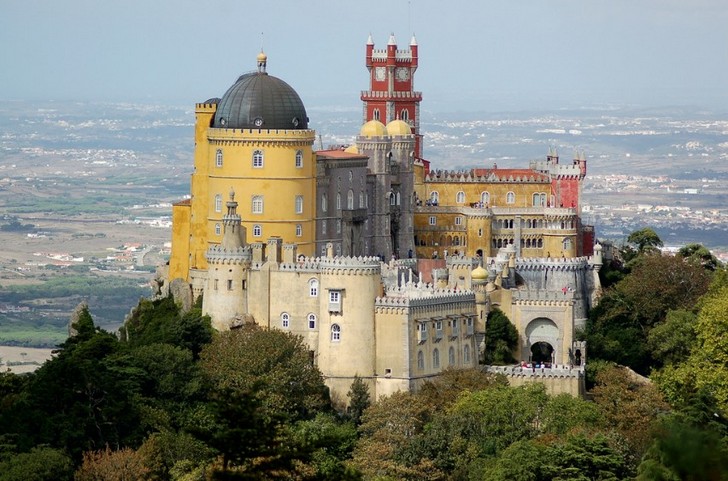 The longest bridge in Europe was opened in 1998. The cable-stayed structure, which turns into a viaduct, stretches across the Tagus River for more than seventeen kilometers. The bridge consists of seven sections and six car lanes. Since 2008 the entrance to Lisbon on Vasco da Gama – toll. On the bridge you can reach speeds of up to one hundred and twenty kilometers per hour. 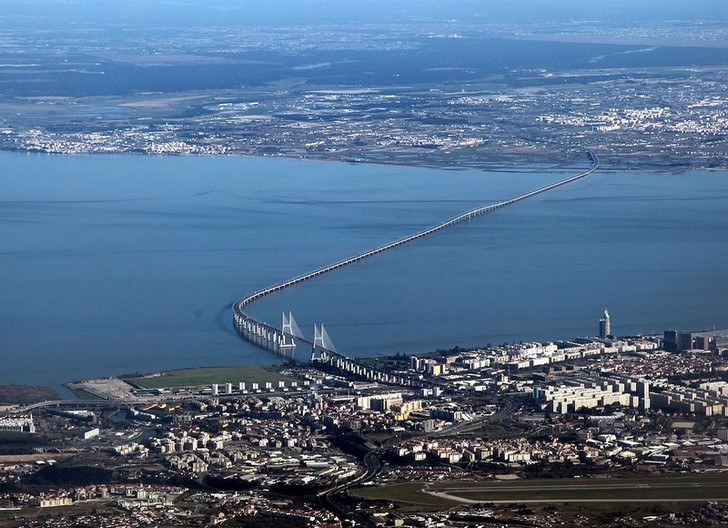 The museum city of Évora

Located one hundred and thirty kilometers from Lisbon, Évora preserves the cultural heritage of the ancient Romans and Moors. The most ancient monument is the Temple of Diana (II-III century AD), the most unusual is the “Chapel of Bones” built from the skeletons of ten thousand Portuguese Christians. Narrow streets, numerous squares with fountains and arches growing out of the ground make Évora a real open-air museum.

READ
Lapland, Finland: where is it, when to go and what to see 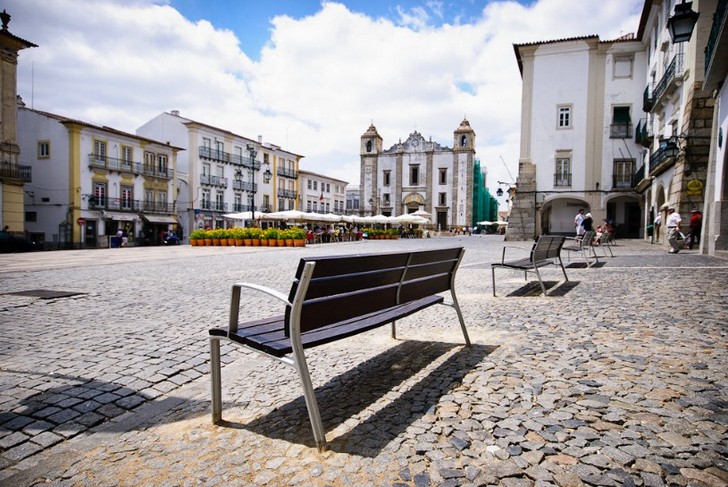 The Island of Madeira

Located a thousand miles from Portugal, on the west side of Africa, the island is famous all over the world for its clean air and spa centers. Madeira has virtually no beaches. Access to the ocean is by special stairs. The main island entertainments are windsurfing, diving, golf, tennis, horse riding, hunting for tuna and pygmy sharks. 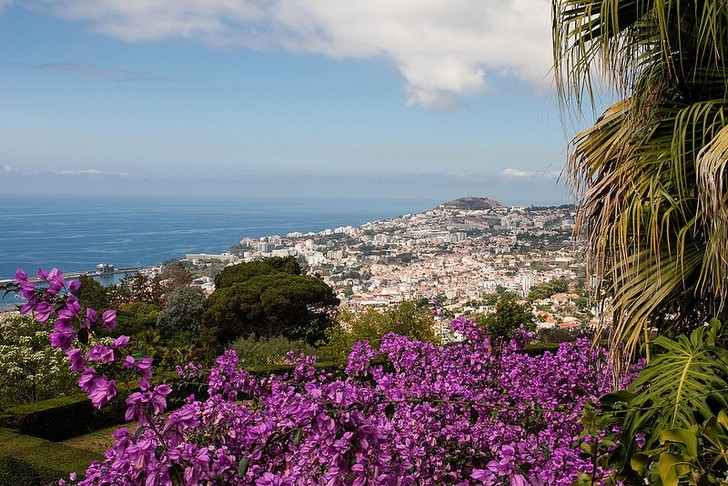 The Cistercian (Catholic) monastery of Santa Maria de Alcobaça was founded in the middle of the 12th century. The period of prosperity of the monastery fell in the XIV-XVI centuries, when it came under the control of two castles and thirteen cities. The abbey’s three-nave basilica was built in the Gothic style. The facade of the cathedral has strong Baroque features. 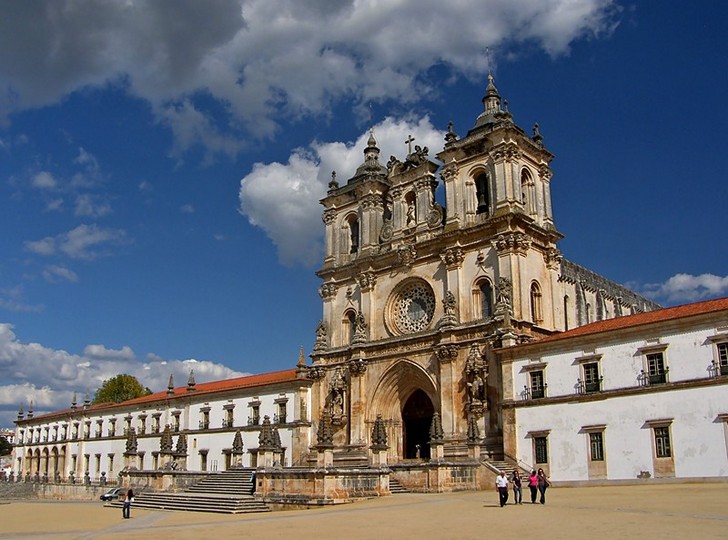 A twenty-eight meter statue of Jesus Christ, which towers above the city of Almada, on a pedestal seventy-five meters high, was built with popular, mostly female, donations in the mid-20th century. Krishtu Rei is a plea to God to save Portugal from World War II. A fortunate request, since the country did not participate in it in the end. 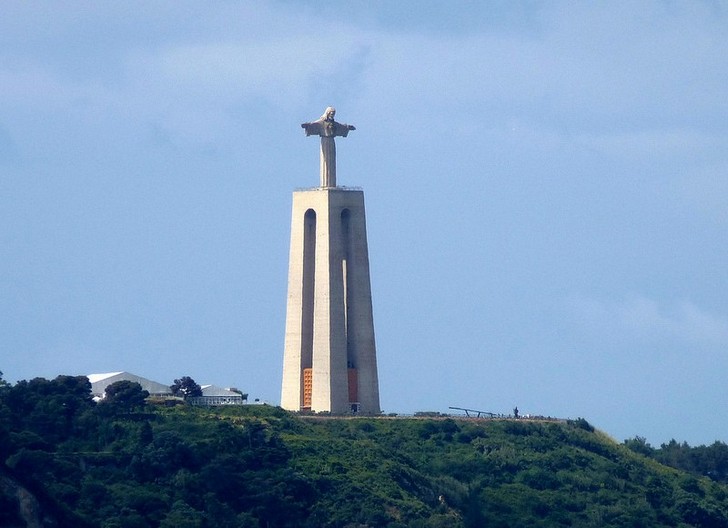 One of the Seven Wonders of Portugal was built in the 12th century on the site of ancient Roman baths. The quadrangular fortress was built in the classic Manueline military style of the time, combining elements of Gothic, Renaissance and Moorish culture. After the Lisbon earthquake the castle fell into disrepair. Since the nineteenth century it has functioned as a silent museum. 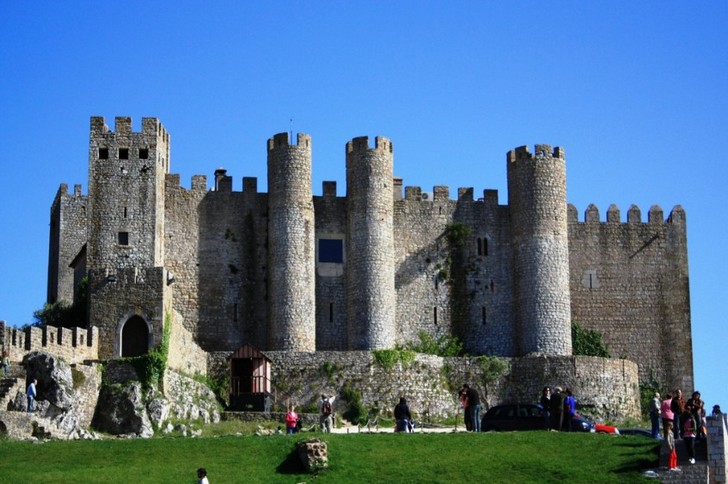 The huge blocks of stone (megaliths), which survive from the Neolithic (the last stage of the Stone Age), are the largest assemblage of menhirs (vertically erect stones) on the Iberian Peninsula. Ten of the Almendrish monoliths contain carved images. Four of them have small round holes in them. 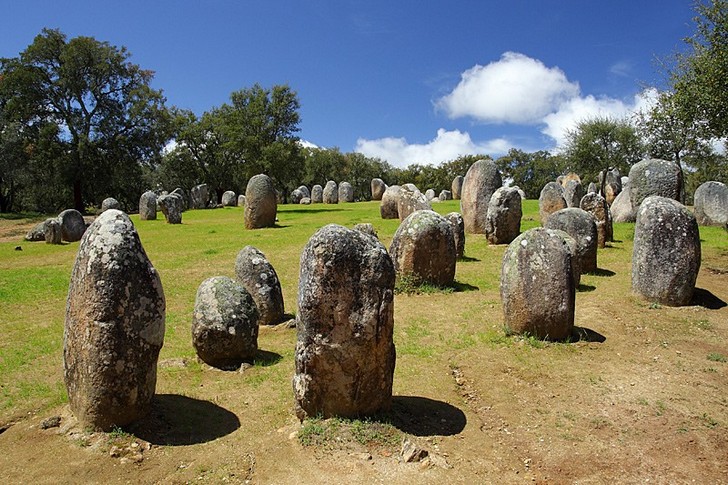 Connecting the cities of Porto and Vila Nova di Gaia, the bridge bears the name of the Portuguese King Luís I. The massive structure is three hundred and eighty-five meters long and was built in 1886. The bridge of Don Luis is designed for road and rail transport. There is also a special pedestrian zone.

READ
12 things to do in Vernazza, Italy 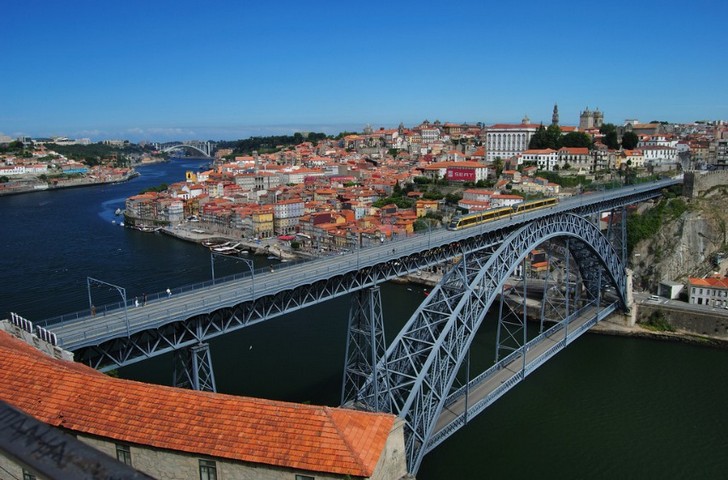 The Baroness Regaleira’s palace and park complex consists of a four-story neo-Gothic palace, a Roman Catholic chapel, and a tiered park consisting of an “upper” wild forest and a lower, garden portion. The Gothic turrets and gargoyles of the palace look organic surrounded by artificial grottos and carved benches. 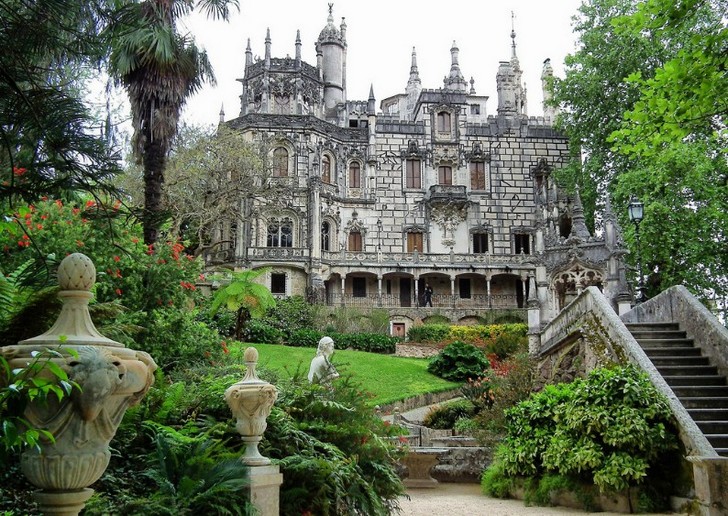 The tiny island of the Maidera Archipelago is the perfect place to relax, surrounded by golden beaches, emerald greenery and turquoise water. Despite its small size, Porto Santo offers tourists a well-developed infrastructure and a wealth of activities, from island tours to diving. 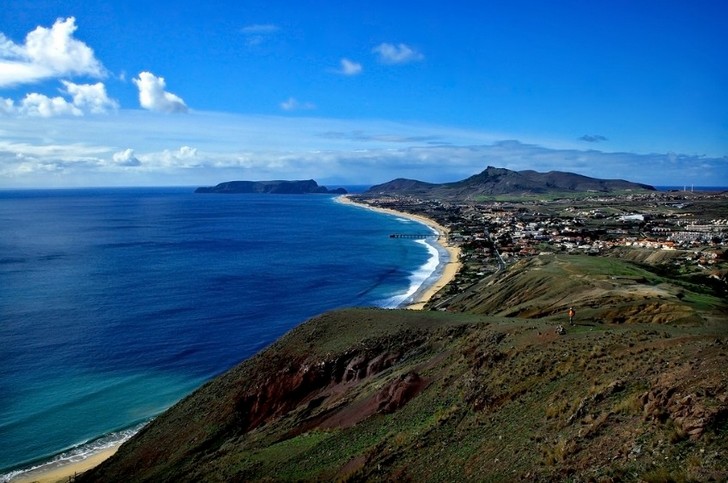 The tropical garden of Madeira around the palace of Monte, consists of two artificial lakes, and a huge number of local and exotic plants brought from around the world. The garden is decorated with numerous sculptures and square stones, lanterns and statues of Buddha. On the paths of Monte you can find beautiful peacocks and fighting Indonesian roosters. 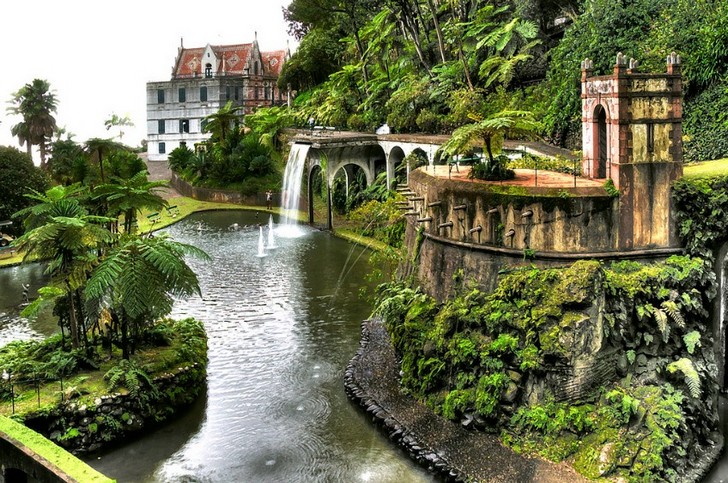 Vilamoura is the main tourist resort of the Lisbon Riviera. Three major beaches with “blue flags”, six golf clubs, the ruins of ancient Roman baths, diving centers and art galleries neighbor in it with coastal cafes and chic restaurants. There are tennis and squash courts, bicycle paths, and a casino. 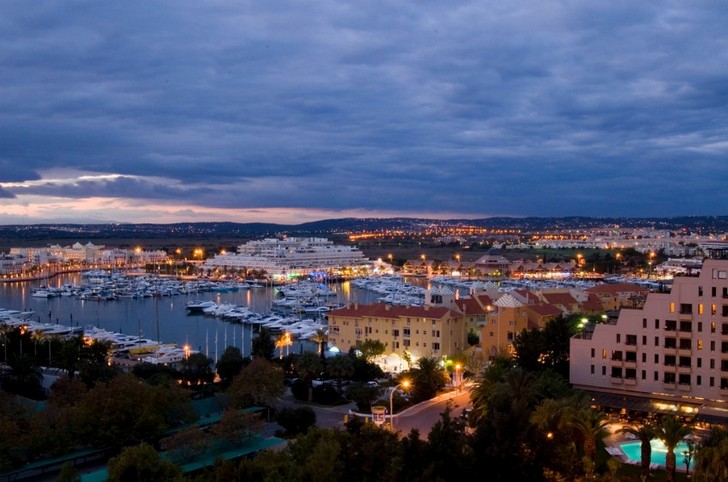 Growing out of a 12th century fishing settlement, Cascais is today a recognized youth leisure center. During the day the town lives a sedate tourist life, introducing vacationers to the historical and architectural ensemble of the center. At night, Cascais is lit up by the lights of many discos and nightclubs. Local beaches are ideal for lovers of extreme water sports. 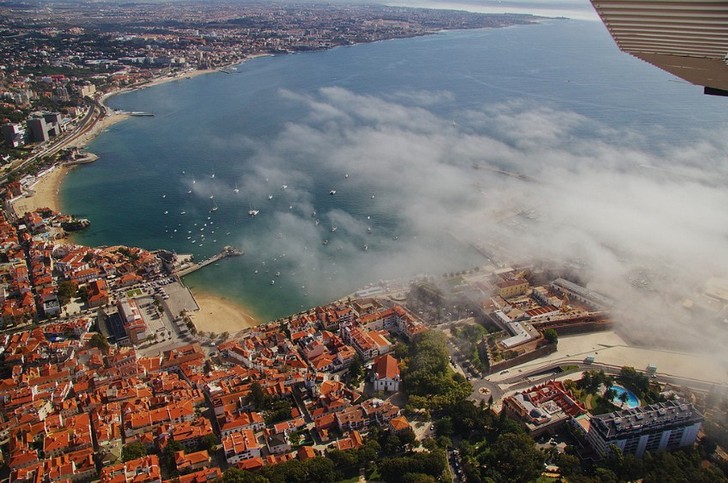 A medieval fortress built in the middle of the 10th century to protect a nearby monastery, it was used as a defensive structure for five centuries. Then Guimarães Castle was turned into a prison. Beginning in the XVIII century, the structure, deteriorating with the time, the locals began to gradually dismantle the stones. At the end of the XIX century the castle was declared a historic monument and was restored and opened to the public. 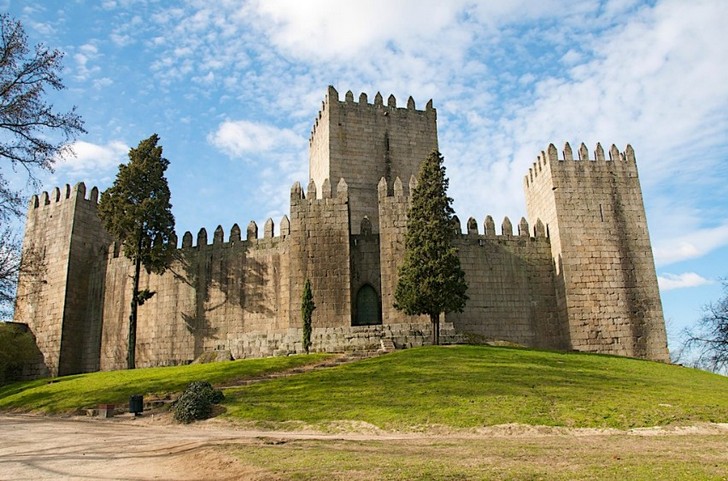 Located near the town of Carvoeiro, the beach is both exquisitely beautiful and steep, unsuitable for older holidaymakers and families with small children. Everyone else can descend the long, steep staircase to Praia da Marina, admire the changing colors of the water and explore the local coves, grottoes and caves. 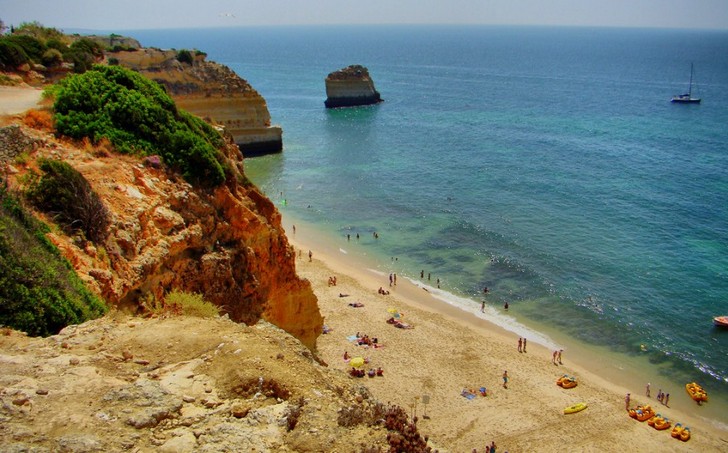 Complete the article by describing your impression of the city (country) or individual attraction. 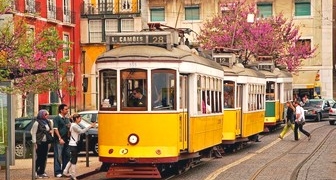 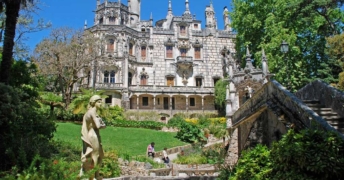 The Portuguese town of Sintra is made up of magnificent palaces, exotic parks and beautiful natural scenery. 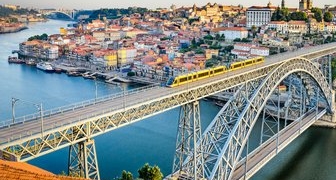 The northern capital and true pearl of Portugal, the city of Porto is an inexhaustible treasure trove for the tourist. 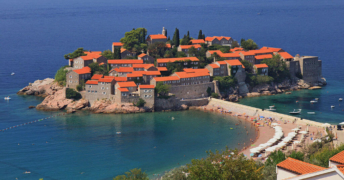 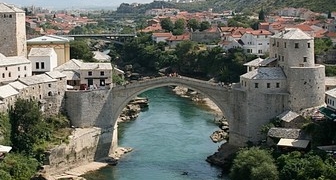 Despite its favorable location, mild climate and many attractions, Bosnia and Herzegovina has long