Top 10 the most beautiful small towns in Iowa, USA

The United States gained control of the state of Iowa during the purchase of Louisiana, but the battles between the new settlers and the Indians were fought for years . Iowa finally became a state in 1846, but no one there has forgotten the country’s history, and they willingly share it and their traditions with all who visit. Here are the 10 most beautiful and historically rich small towns in Iowa.

Dutch immigrants settled in this town in 1847, and it is now home to many architectural monuments . The Vermeer Mill continues to operate today and is the tallest working windmill in the United States. One of the best places in Pella is Molengracht Plaza, where the canal runs through stores, restaurants, theater and more. The region’s Dutch heritage is celebrated each year in May during the Tulip Festival. 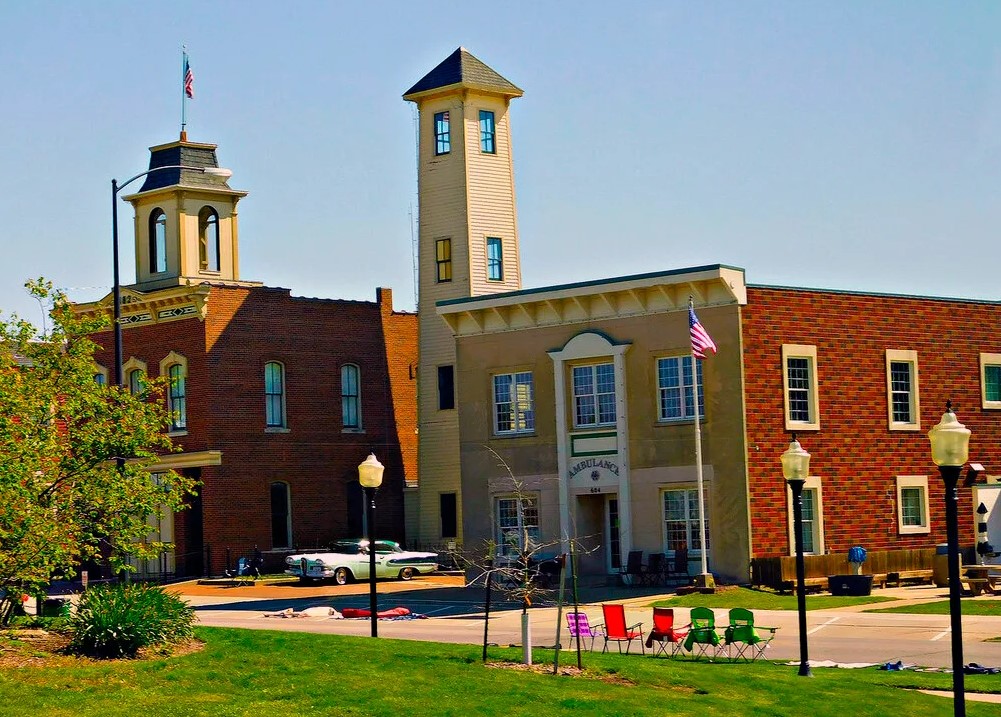 The Amana Colonies are seven villages built by German Pietists. The names of the seven villages are Middle Amana, Amana, South Amana, Homestead, West Amana, High Amana and East Amana. This small town is designed for tourists who like to shop in the many stores and galleries, as well as grab a bite to eat at a local restaurant. 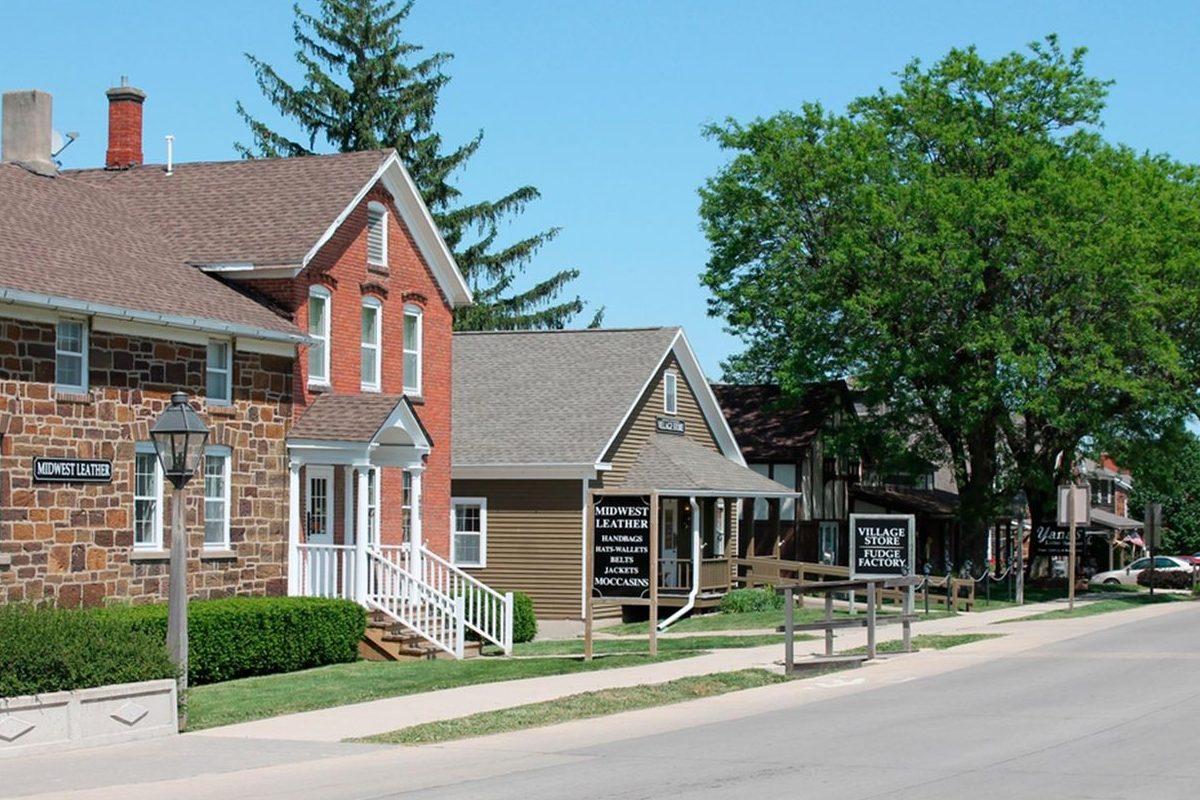 The city of Bentonsport hasn’t changed much over the years, except that fewer people live there . Inside the historic district, people will find a blacksmith shop, Bentonsport department store, churches, apartment buildings and a historic bridge. The bridge was built in 1883 and is the oldest wagon bridge on the Des Moines River. 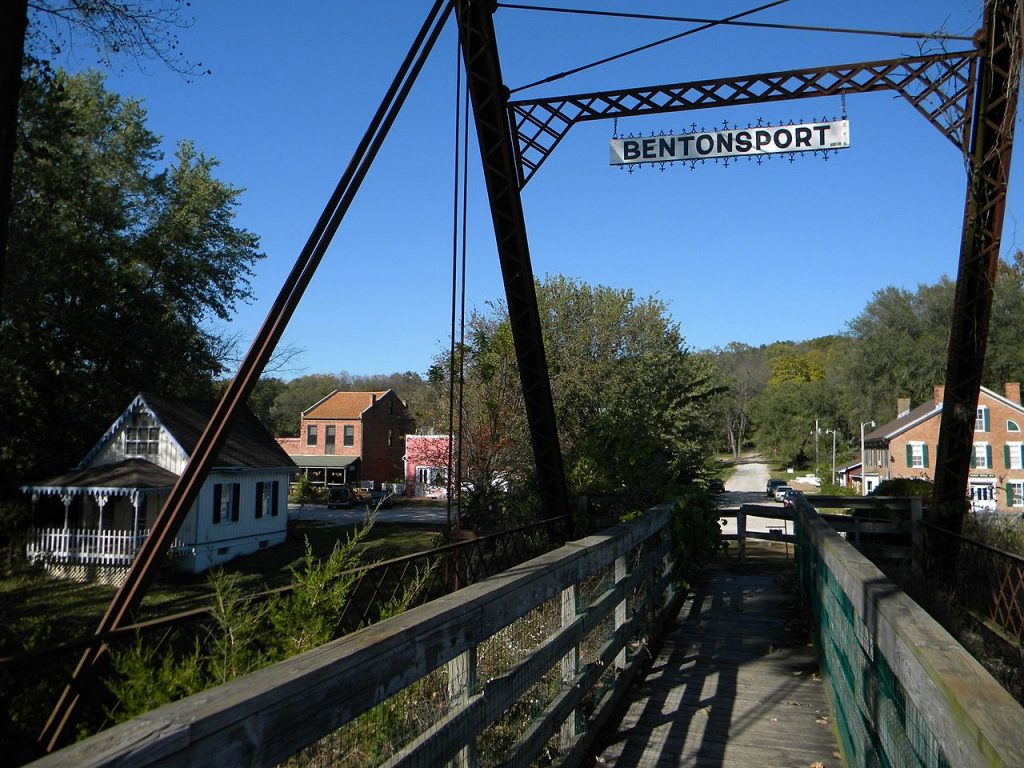 The city of Decorah is larger than some other cities in the state, and there are many unique natural features . Visitors can see Dunning Spring, Ice Cave, and Seavers Spring, as well as several parks built on cliffs. The largest Norwegian museum in the United States is in Decorah, and everyone will want to see the many exhibits inside the Westerheim Norwegian-American Museum . Every July, the city hosts Nordic Fest, a festival celebrating Norwegian culture and traditions. 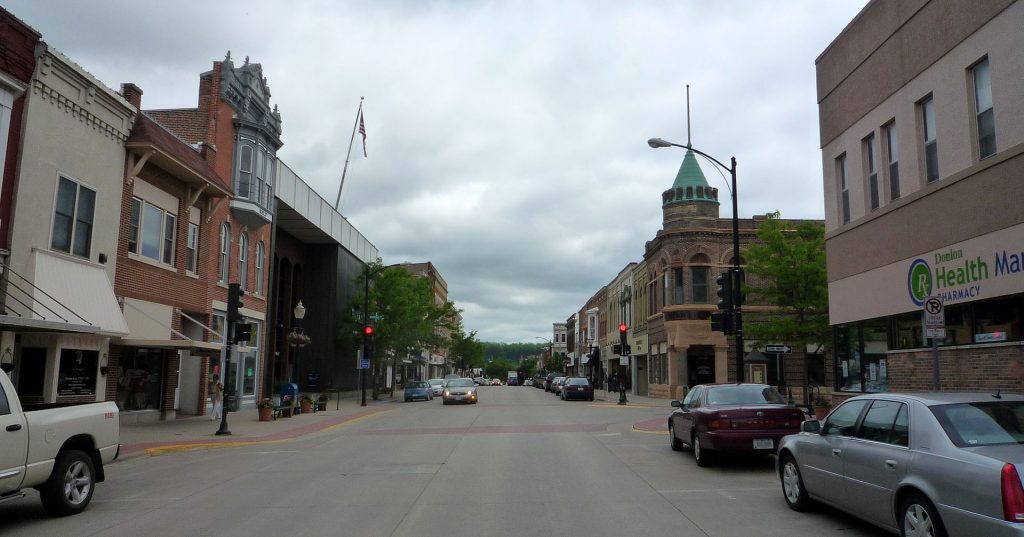 Dyersville has always been known for its farming , and now it’s known as the farm toy capital of the world. The city hosts the Farm Toy Show in June and the National Farm Toy Show in November. Many people visit the area to see the Basilica of St. Francis Xavier, which is one of the few small Roman Catholic basilicas outside of the big city. In the movie Field of Dreams, Dyersville was used as the backdrop for their baseball field. 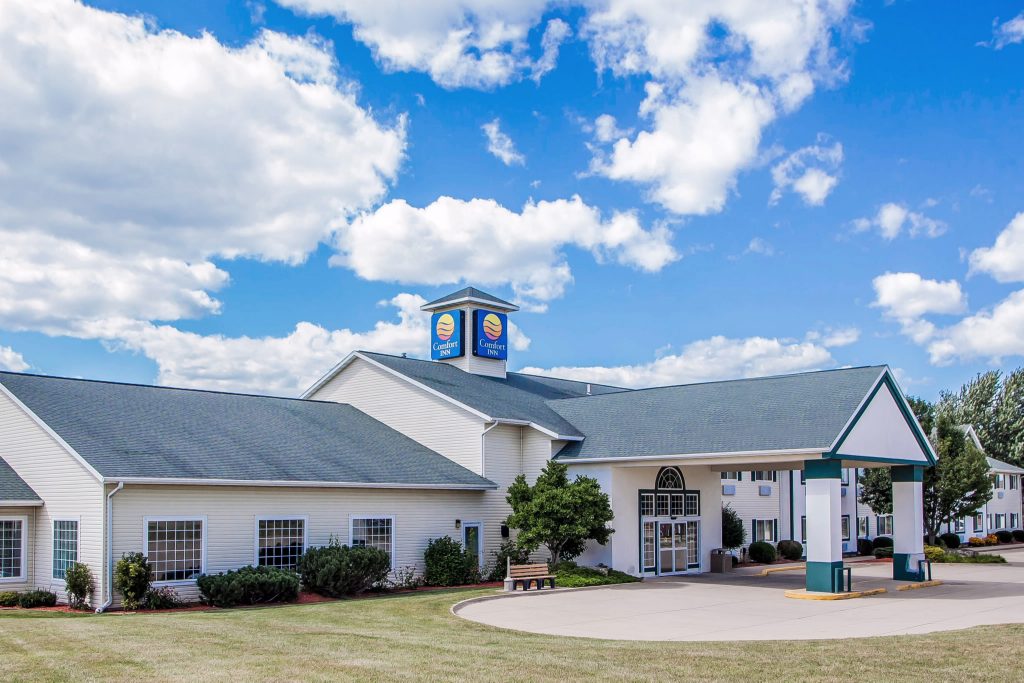 Orange City has many Dutch immigrants , so they celebrate the Tulip Festival every May. The city used to be called Holland until it was renamed after the Dutch royal family. The city is filled with windmills, parks, and a unique shopping center that is considered a Dutch village. Orange City is such a beautiful place that many couples go there to get married at the new Event Center. 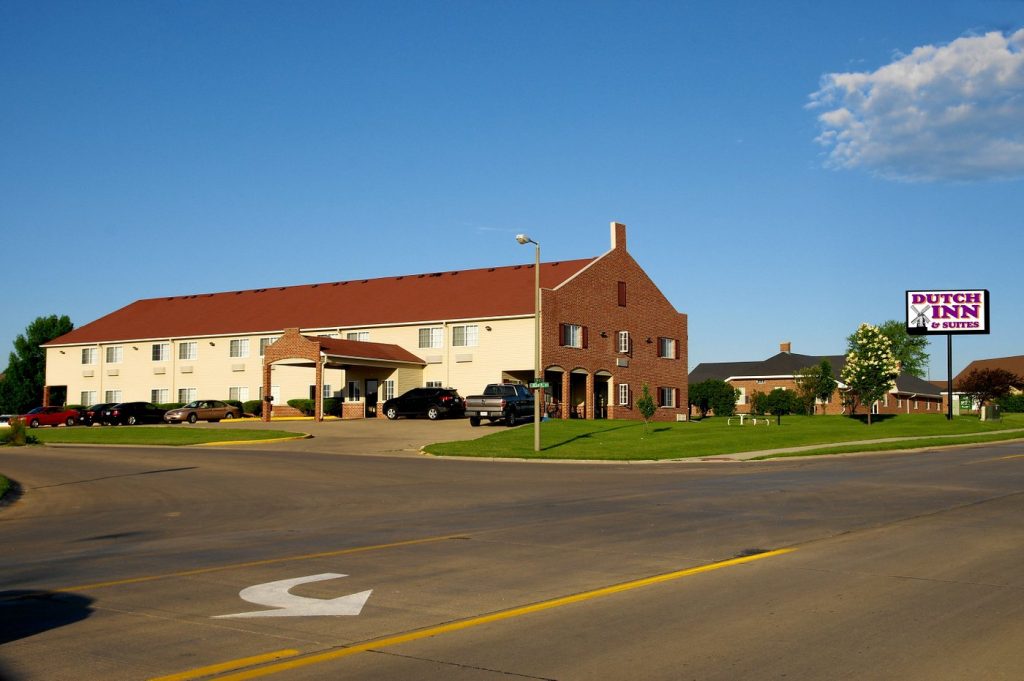 Mount Vernon in Iowa was named for George Washington’s estate . Artists can be found all over town, and one local, Mark Benesch, has created his own rendition of Grant Wood’s American Gothic. Everyone can get creative during the sidewalk chalk festival held every year in May. But many city blocks are closed so people can’t create their own works of art using chalk . 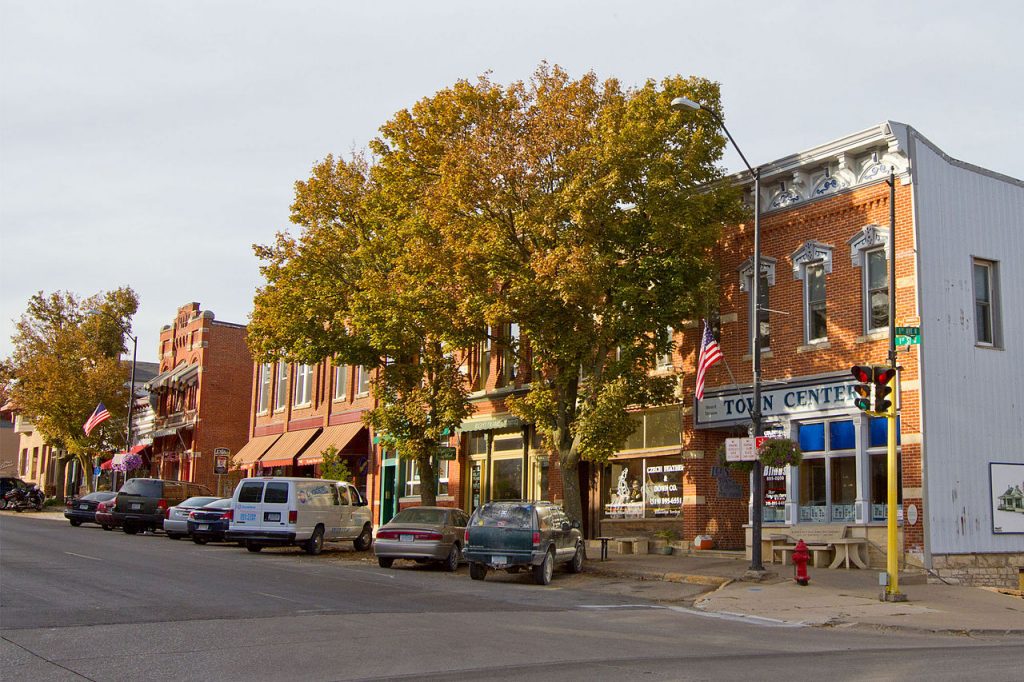 The Danes are prominent in Elk Rogue, and the Museum of Danish America shares their history and surroundings . Elk Rogue’s heritage is celebrated twice a year. Tivoli Fest is held in May, and people can go to Julefest in November. The city’s best scenery can be seen from the Western Skies Scenic Byway. 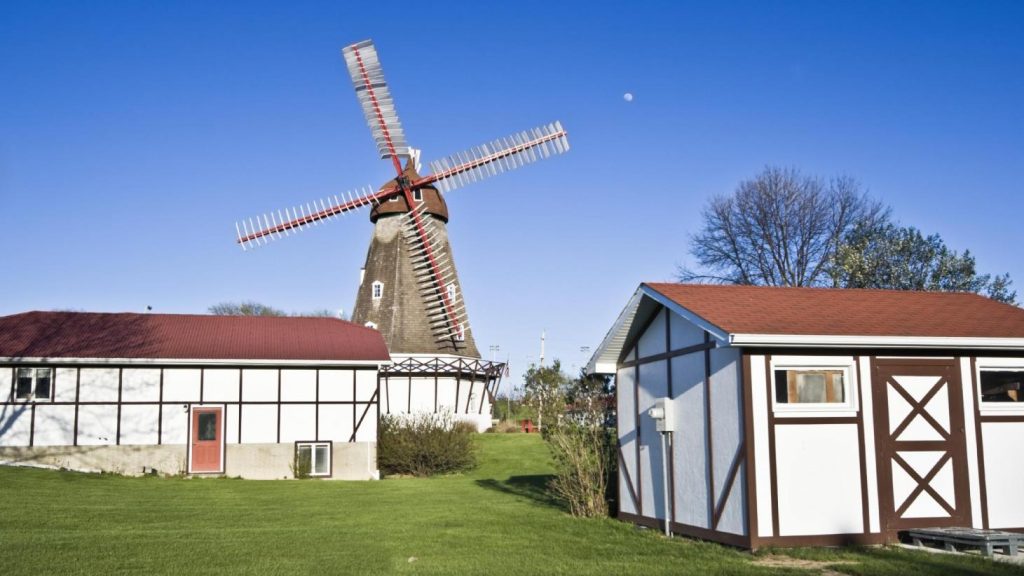 McGregor was founded in 1847 and incorporated in 1857 . For many years the city was known as a seaport, but after the railroad lines were connected by a pontoon bridge, the city began to decline. The business district is filled with buildings that were built during the city’s heyday, and the streets are lined with many antique stores . Two other things people should see when they visit McGregor are Pikes Peak State Park and Ghost Cave.

Okoboji is all about outdoor recreation , and people will find fun in all sorts of activities, including the University of Okoboji Winter Games. While Okoboji University may seem official, it is a fictional school founded by three brothers in the 1970s. The name has caught on, and many people buy shirts, mugs, bumper stickers and more with the university’s name on them while they are in town. The main attraction of this town is the lakes carved out of the glaciers. 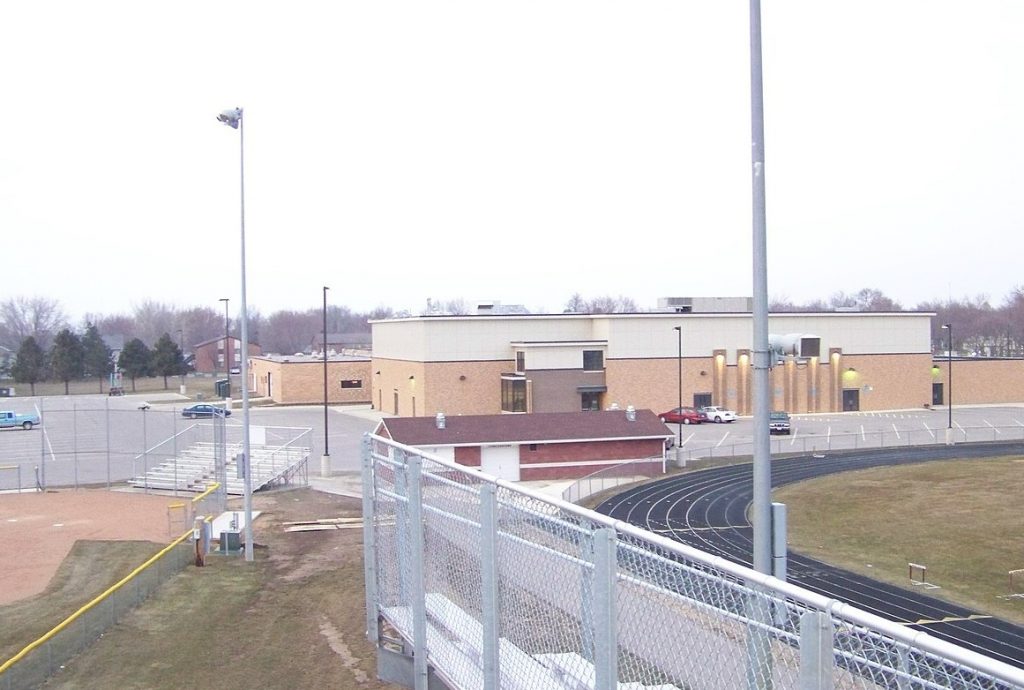 Smaller Cities in the United States.

The United States is known primarily for its metropolitan areas. However, there are quite a few small towns in the U.S. that are noteworthy. We’ve compiled the Top 5 Most Attractive Small Towns in the United States that travelers love not only to visit, but to stay there for extended periods of time to experience the life of a true American.

Top 5 smallest towns in the U.S.

Maples is a paradise for wealthy Americans.

Naples is only a little over 30 square kilometers in area. Approximately 25,000 people live in the resort town. Here you can long to admire the fantastic nature, enjoy the clean beaches of Florida, play golf. Property prices in Naples are some of the highest on the entire planet. A small town is loved by wealthy Americans who come here for vacation. For their convenience, two Ritz-Carlton hotels were built – luxurious in every way. The resort has been famous since 1900. It was often ranked among the best cities for winter sports. Gary Cooper himself appreciated its splendor. The Naples area includes the beautiful Everglades National Park. Fishing and yachting have become the favorite pastimes of the locals, where you can watch dolphins. The most common leisure activities include shopping, collecting souvenirs, and luxury items. Of course, the citizens sometimes like to visit museums that tell the story of the Indians who once lived here. This is a great place for all wealthy tourists who love beach vacations.

READ
Discover Sharjah, the cultural capital of the UAE

Santa Barbara is a small and famous resort

Santa Barbara became popular because of its white sandy beaches. It is located in California, with a population of less than 100,000 people. The resort has beautiful architectural sights, and the most popular place is the county courthouse. It was built in the 20th century, was subjected to a major earthquake, but was successfully rebuilt. The only thing better than walking around the courthouse is spending time inside the building itself.

Santa Barbara will also be of interest to all lovers of cultural activities. A visit to the Moxie Museum, located in a picturesque building, will allow you to appreciate the art installations, works of contemporary art. Residents of Little Santa Barbara love the old pier, which dates back to 1872. Nearby are interesting junk shops, souvenir stores, and seafood restaurants. From the point of view of every tourist, the fortress Presidio will be an interesting experience. It has survived many battles and is now over 200 years old.

Taos occupies a place of honor in the list of the most mysterious cities in the world. There are literally 6,000 people living here and the town was originally an Indian settlement. The buildings of Taos are typical of the Mexican Indians. The first inhabitants appeared in the local area as early as the 15th century. A stroll through the local park, see the adobe houses, and visit the Keith Carson Museum will appeal to every traveler. However, its main attraction is not the cute houses at all, but the famous Taos hum. A ranking of incredible natural phenomena puts this mysterious noise in first place. Interestingly, none of the visitors hear the hum, but residents constantly complain, reporting the phenomenon to state authorities. The complaints have been constant for the past 20 years. The noise sounds like the movement of heavy machinery, but there are no major highways near the city. The scientists’ main theory is the operation of a large diesel plant located at a classified Defense Department facility nearby.

Of course, every tourist has a chance to meet the real Indians. Now they are eager to receive guests, because the tourism business allows them to successfully develop.

Newport – one of the capitals of jazz

Rhode Island has acquired such a beautiful city as Newport. Only 25,000 people live there, but it’s a town that regularly hosts jazz festivals. You can come to Newport for several attractions:

Breakers is a large mansion that has become a National Historic Landmark. It is part of the Bellevue Avenue Historic District and is owned by the County Preservation Society. It is accessible to visitors year-round. The Marble Mansion is known locally as the Marble House. Small but magnificent, it is eye-catching in layout and architecture. The mansion was formerly considered the most luxurious and even claimed to be one of the most ornate homes in the late 19th century. Rosecliffe was built at the turn of the 19th and 20th centuries. Serving as a historic house-museum, the grounds cover 6 acres and are lavishly decorated with flowers growing in the flower beds. The International Tennis Hall of Fame is more like a miniature castle. There is a museum dedicated to tennis.

If you dream of experiencing the Wild West, you should definitely go to Telluride. The locals sometimes call the town Telluride. It was conceived as a ski resort. Not surprisingly, since one of the best ski bases in the United States is located precisely among the local natural beauty. 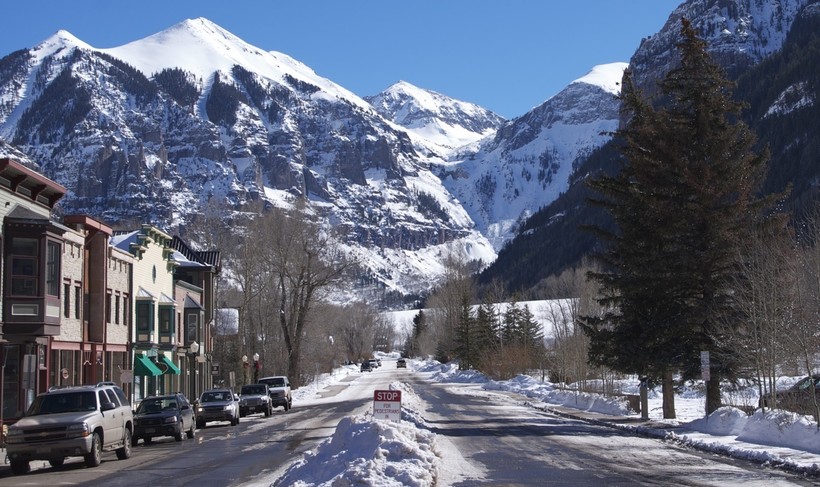 Residents, who number only 2,500 people, always have plenty of room in Parktown. The cowboy game is considered the most popular pastime here. The town, nestled near the mighty gates, immediately makes you think of colorful westerns. It’s a hiker’s paradise for hikers who can experience a hike to Bridal Vale Falls.

Small towns in America are made for travelers who are looking for anything out of the ordinary. They have a unique atmosphere and are reasonably priced compared to their larger counterparts. That’s why they are definitely worth a visit.