9 most beautiful National Parks in California

This quaint park is located in the Mojave Desert in the southernmost part of California, a 2-hour drive from Los Angeles. The place is at an ecological crossroads at the junction of the high Mojave Desert and low Colorado Desert. As a result, the desert flora is amazing, namely the wonderful trees of the yucca variety called Joshua Tree (Joshua Tree). The sunsets here are especially bright – at this time the desert is especially beautiful.

Probably the most beautiful park in California, which became a World Heritage Site of UNESCO in 1984. Known for its waterfalls and granite monoliths, towering for more than a mile above the surface of the park. Four million visitors a year – the numbers speak for themselves; the size of the park is about 285,000 hectares.

Yosemite is located on the Nevada border in northeastern California.

Read more about Yosemite Park in the article: How to go to Yosemite National Park. Useful Information

Rentalcars.com – guaranteed a good car for the best price from the leading car rental companies and local rental agencies. We are happy with them, we wish you the same.

In this park even a giant would feel dwarfed and quite alone. These are the feelings aroused by the giant red trees the size of skyscrapers. The journey through this park begins at the Thomas H. Kuchel Visitor Center – there are five such centers, and this one is the largest.

The park is located on the shores of the Pacific Ocean. In addition to the redwoods, the park is famous for the fact that near the village of Klamath, 200 meters above sea level, there is an observation deck from which it is convenient to watch the migrating gray whales. The best time for whale watching is from December to April. The park has many hiking and driving trails – I recommend getting a map of the park layout from the visitor’s center, it’s free.

Of the easy hiking trails, I can recommend the Yurok Loop, which goes past the secret beach – the trail is 4 km long – and the 2 km Lady Bird Johnson Grove Loop.

The largest national park in the United States outside of Alaska – 1.34 million hectares. A park of extremes that are the norm here, starting with the name. Death Valley is just a reflection of the end-of-life story of those brave men who ventured across the place on foot. Sand dunes, singing rocks, sandstone canyons, extreme drops in elevation – the lowest place is 86 meters below sea level, and the highest Telescope Peak is 3368 meters above sea level. Summer temperatures are as extreme a park as the altitude difference, up to 50 degrees Celsius in the summer, with minimal precipitation.

Usually rental companies allow you to ride Death Valley only on asphalt, but the best part is on dirt roads. If you’re careful, you can do it, and it’s been proven. Just take water with you and do not linger until dark.

Summer is not the best time to visit Death Valley, better spring or mid-autumn. Time is at least a full day, or better to stay overnight – there is a lodge and hotel on the grounds near the Visitors Center.

The five islands off the coast of Southern California are one of the most remote and completely magical national parks in America. You can get to the islands by boat, which depart from Ventura or Oxnard. You can also get there by small plane.

No lodging, no stores, much less restaurants. These islands are designed to disconnect and be alone and admire the nature, flora and fauna.

The distance from Los Angeles to Ventura or Oxnard is 107 km. or 1 hour by car, then another hour by boat.

The islands are hiked, whale watching, and explored by kayak. You can also stay overnight in a tented camp, since there are no traditional hotels here.

Aviasales.ru is not just a service for searching and buying airline tickets, but also a map of low prices, which allows you to buy a ticket at a bargain price for the desired time of the year. At the end of the day – it’s just convenient.

Sequoia and Kings Canyon National Park is located near Yosemite and Death Valley Parks, just 400 km from Los Angeles. Given the quality of American highways, it’s a short 4-hour drive. The main attraction is the giant sequoias, which impress not only botanists both literally and figuratively.

In addition to sequoias there is one of the deepest canyons in the United States – Kings Canyon and Whitney Peak – the highest in the States (4417 meters).

Pinnacles National Park is divided into two parts, east and west. There is no through-road access by car, but you can walk the route – about 8 km.

The west side of the park is accessible from Highway 101 near the town of Soledad; you must take Highway 146 all the way to the park entrance from the town. The west side gate is open from 7:30 a.m. to 8 p.m. daily. You can leave later than 8 p.m., but you cannot enter.

On the east side, the park can be accessed by Highway 25, the entrance is about 48 miles south of Hollister and is open 24 hours a day, 7 days a week. There is a campground, visitor center and store.

The least known park among our tourists, located in northernmost California. One of the places where you can watch the effects of volcanic activity. The last time the volcano came to life back in 1914, in May. The height of the volcano – 3187 meters and now he behaves quite calmly and seems to have finally extinguished.

In addition to the volcano in the park are several beautiful peaks, picturesque cliffs, forests and lakes.

Point Reyes National Seashore is a piece of land on the Pacific Ocean that looks like it is breaking away from the mainland. It is located just 50 kilometers north of San Francisco and is about an hour and a half drive out of the city. Once there, it is an absolute must-visit.

It stretches 130 kilometers along the coastline and is home to over 1,500 species of animals. Lots of semi-secret desert beaches, hills in the morning fog that are furrowed by native moose. Best for beach walks is the 18-kilometer Great Beach or the small, almost intimate McClures Beach .

The centerpiece of the park is Bear Valley, where the park’s exploration begins. From January to mid-April, you can watch whales from observation decks and uplands in the park.

There are four campgrounds in the park, and you only need to make a reservation at one of them to sleep overnight. Take a map chart to explore the park, no problem navigating. 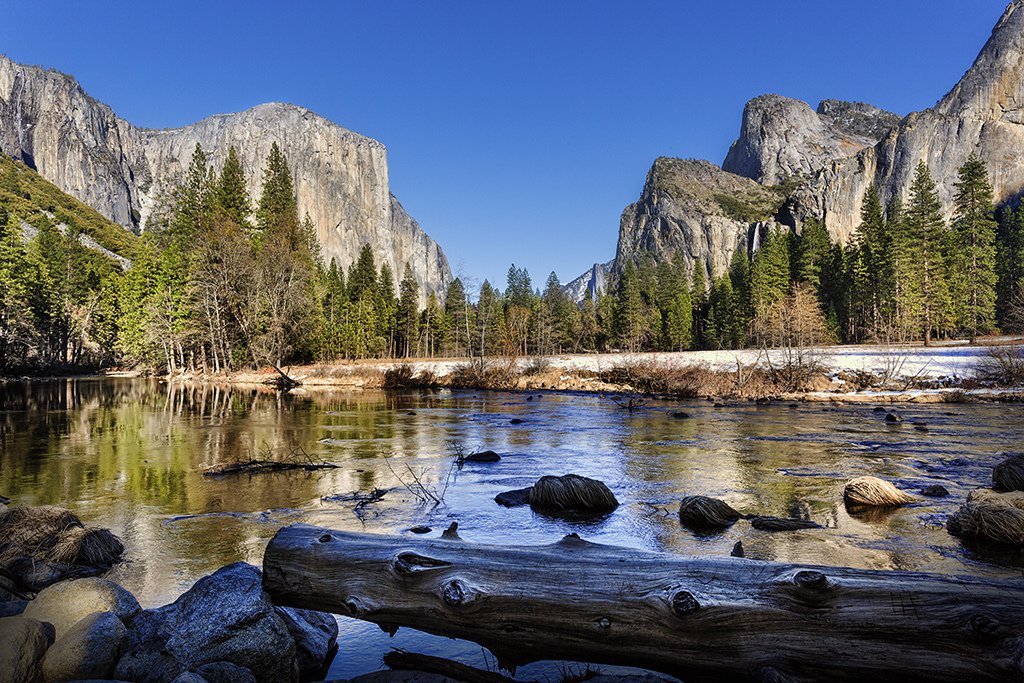 Among the natural attractions, the most famous is the so-called Death Valley, the lowest point on earth geographical level. Not far from it is America’s highest point, Mount Whitney. There are seven major national parks in the state that all hikers and nature lovers should visit. Yosemite National Park, Joshua Tree National Park, Death Valley National Park, Redwood Park and Sequoia Park and Kings Canyon – each of these reserves are amazing and unique.

Death Valley USA: the hottest, driest place on the planet

Death Valley doesn’t get such a harsh name because of its fiery desert lifelessness. Legend has it that it was named after gold prospectors during the Gold Rush era who thought it was a great shortcut to California. In 1849, a large group of gold prospectors, now called “foragers,” set out from Salt Lake City to seek their luck at the newly found gold fields in California. The group decided not to winter in Salt Lake City, as most did. A small group split off from this group and decided to take a shortcut through Death Valley.

According to one version, almost the entire group died in Death Valley. According to another, the group passed through Death Valley in December, finding water in as many as three places, and only one seriously ill old man who was already breathing on his hands died.

According to any version, not everyone survived the crossing and as the group was leaving the valley, impressed by the death of a tribesman (tribesman), someone said: “Goodbye, Death Valley.”

Now Death Valley is the largest park in America, 95% of which is wild uninhabited. It is also the hottest and driest place on the planet. Visits here are only recommended during the winter months, as temperatures rise above 120 fahrenheit (49 C) in the summer. Only once has the Sahara managed to beat these temperatures by 2 degrees. The ground heats up to 80 (27 C) Fahrenheit more than the air and rises sometimes to 200 (93 C) degrees!

Dry air and sparse plant life allow the sun to continuously heat the desert, the surface gives off heat to the atmosphere and it never leaves the valley again as the mountains (5500-11000 feet = 1770-3350 m) do not let it go. Once down, these air masses are compressed by atmospheric pressure (the valley is below sea level), get even hotter, and travel with red-hot winds across the desert. Sometimes it rains here (no more than 2 inches = 5 cm per year), but the ground is so dry that it just doesn’t take in water. The water mixes with the sand and rocks and flows down in huge muddy rivers, sweeping away everything in its path. This happens very quickly, and you can see “Flash Flood Area” signs on the roads. Then the water evaporates very quickly, never bringing liberation to these dry lands.

Yosemite National Park is recognized as one of the most beautiful places on our planet.