The 20 Best Sights in Ireland

The state of Ireland occupies part of the island of the same name in the northeast Atlantic Ocean. This is one of the most beautiful countries in Europe, standing out for its distinctive cultural traditions, ancient architecture, picturesque hills, green valleys and clean rivers. 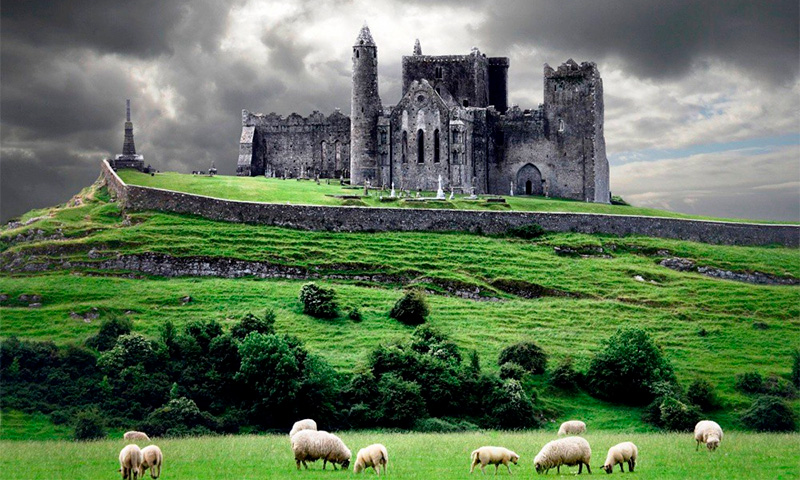 Who Should Come to Ireland and Why?

Ireland is a country with a rich history, preserving ancient castles, medieval abbeys and temples. People come here to look at the architecture of the old cities, artifacts of the Stone Age, to admire the natural sights.

The island’s rocky shores move smoothly into broadleaf forests and plains covered with emerald vegetation. And in its depths hide national parks for ecotourism lovers. There you can learn a lot about the nature of Ireland, walk and admire the local beauty, or engage in equestrian sports.

It is very interesting to spend holidays in this country. On May 1, tourists gather for the pagan Beltaine, symbolizing the beginning of summer. On this day, locals decorate rowan bushes with ribbons and toys and build large fires on the hills in the evening. Halloween fans flock to the country in the fall, as Ireland is the home of this popular holiday. Right after Halloween, another Celtic holiday, Samhain, marking the end of the harvest, is celebrated.

Picturesque Ireland is perfect for a family vacation. There are medieval castles, interesting museums and excursions in every town. Come here with your child, go to Dublin Zoo, visit the Aqua Dome in Tralee and check out the Adventure Park amusement park in Bandoran.

Don’t miss the national dishes while you’re in Ireland: hard cheese with a nutty, creamy flavor, and sausage pudding. Be sure to buy souvenirs for your family and friends. Handmade wool sweaters, cashmere pieces from the Blarney factory, whiskey, crystal, Celtic jewelry, leprechauns, and clover charms make good gifts for them.

READ
Where to drink delicious wine in Balaton, Hungary? The best wineries on the lake 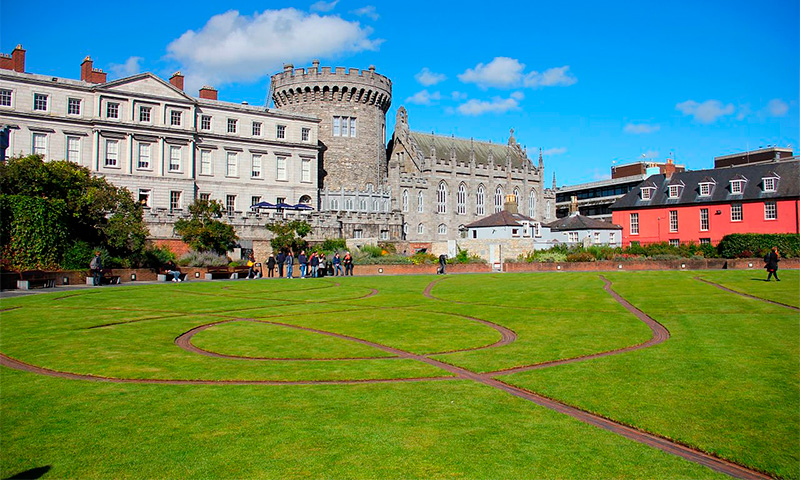 The seat of government in Dublin is a majestic and beautiful castle founded in the 13th century. The complex was originally intended to protect the city. At different times it housed the Irish court, the residence of the king and the government.

Now it is a place for conferences and official meetings. When there are no state events, the castle is open to visitors. Tourists can see the interior decoration of the halls, the Birmingham Tower, the Holy Trinity Church, and the art center located in the dungeon of the royal chapel. 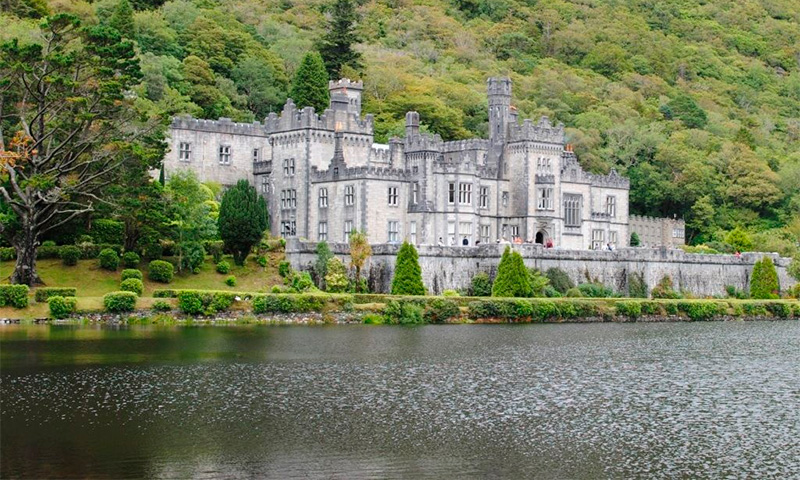 In the town of Kells near Dublin rises Kell Abbey. The first mention of the castle dates back to 554. Here the monks who created the masterpiece of religious art, the Book of Kells, found refuge. It is a collection of the Gospels decorated with exquisite ornaments and miniatures that have not lost their brilliance of colors to this day.

The abbey was repeatedly attacked by Vikings, so many structures of the complex were destroyed. Only the main tower and the high walls surrounding the courtyard have survived well. 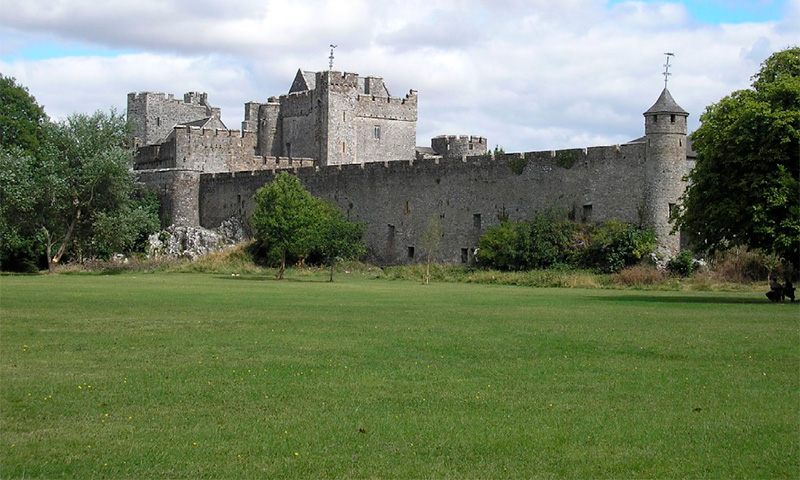 The largest castle in Ireland, built in the early twelfth century on an island in the middle of the River Shur, is perfectly preserved. It was founded by Conor O’Brien, a prince who lived before the Norman invasion.

Walking around the castle, it’s easy to see with your own eyes the peculiarities of ancient Irish life, see the rooms of the lord, the three-story donjon, the steep stone stairs, the watchtowers and the grating that protects the gate. 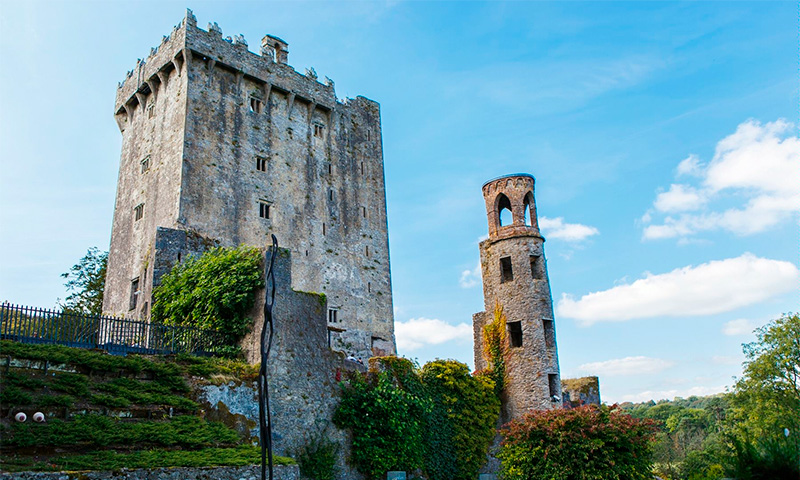 In the county of Clare is the Castle of Bunratty. The citadel, built in Norman style, was destroyed many times during the wars, but was always rebuilt as it was of great strategic importance. The castle has been completely restored and is open to tourists all year round. There is stored wooden furniture, paintings, tapestries of the XVII century, medieval weapons.

READ
When is the best time to go, vacation in France?

In the courtyard is an open-air museum. Guests can see farm huts, a mill, learn about ancient crafts, taste dishes cooked in an ancient oven, and buy local souvenirs. 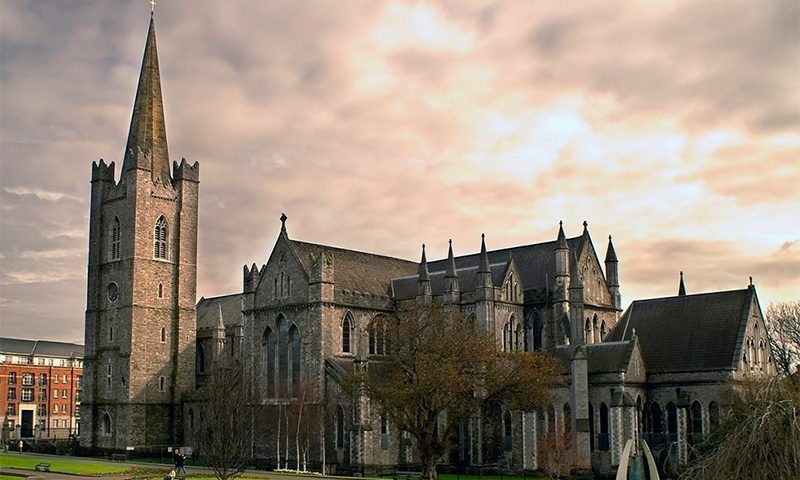 The largest cathedral in Ireland is located in Dublin. It is a bright example of Gothic architecture founded in the early XII century near the source of St. Patrick.

Now it is a huge temple complex including the church, chapels, and the archbishop’s palace. It regularly holds religious services and important national ceremonies. Inside the cathedral are kept church relics, ancient frescoes and an organ. 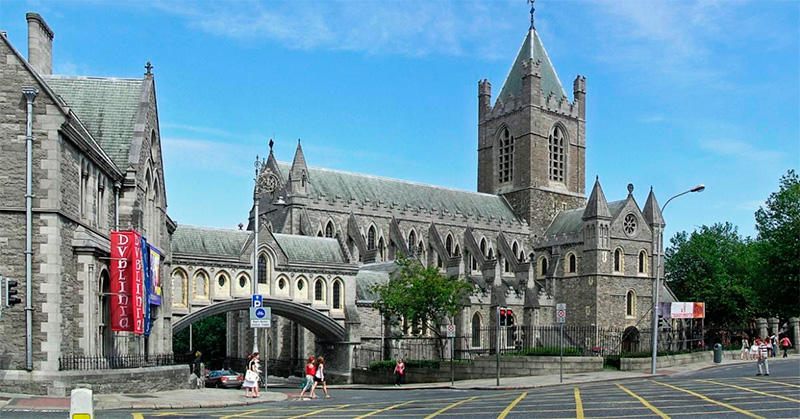 Dublin’s main cathedral is known locally as Christ Church or Cathedral of Christ. It was built in the 11th century and has always been the center of religious life of the country. The cathedral is decorated with original tiles of XIII century, columns, wall paintings and frescoes.

There is a small museum in the crypt, where unique works of art are exhibited: ancient manuscripts, paintings, candlesticks and church utensils. 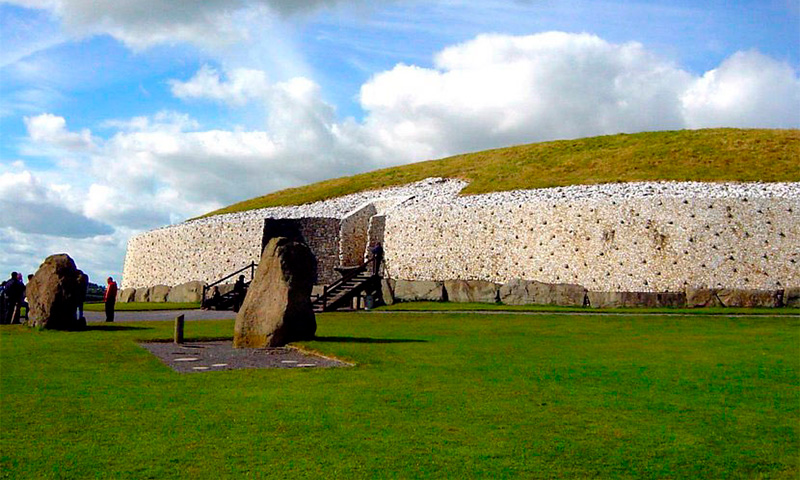 Newgrange is a huge block tomb in the Bru-na-Boin complex, near Dublin. It consists of a wide burial chamber and a narrow, long passageway. The top of the structure is covered with earth and stones. The mound is about 5000 years old. It is much older than Stonehenge and the Egyptian pyramids. During the excavations, scientists have found many unique artifacts.

There is a hole in the top of the mound – through it, from December 19 to 23, the sunlight penetrates into the burial chamber for a short time. But to see the illuminated room can only lottery winners. On normal days, tours are conducted in the light of spotlights. 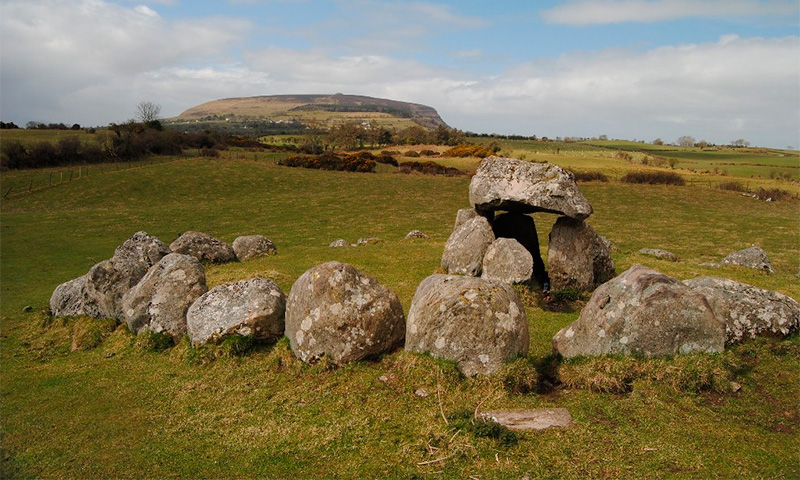 The prehistoric sanctuary is located in County Sligo and is one of the main Neolithic megalithic structures in Ireland. Scientists have not reached a consensus on the age of the monument. Some experts believe that the stone blocks are about 7,000 years old.

READ
Meanings and traditions of colors in different countries

In Carrowmore, there are about 30 dolmens, surrounded by fences of hewn stones. When you come here, tourists can get in touch with the ancient culture and admire the picturesque green hills. 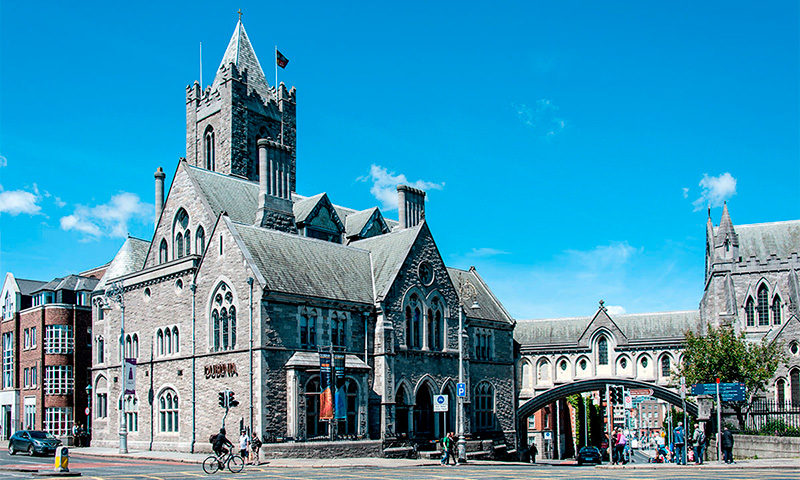 In the historic part of Dublin there is a beautiful gray brick structure with a high tower – Dublinia Museum. It’s a great place for families. The halls of the museum recreate the medieval and Viking era.

Adults and children can watch actors dressed in knight’s armor, national dress and join their “games”. The museum, which introduces living history, is visited by 125 thousand tourists every year. 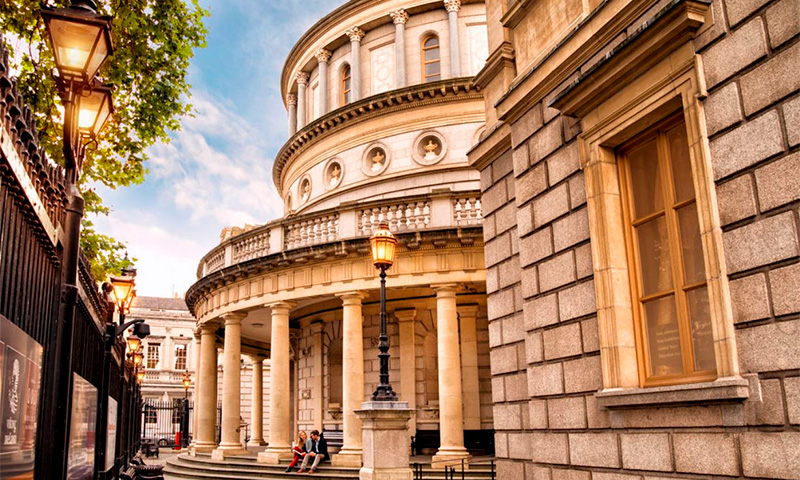 Next to the parliament building in the center of the capital is the National Museum. It contains the rich cultural heritage of the Irish people. 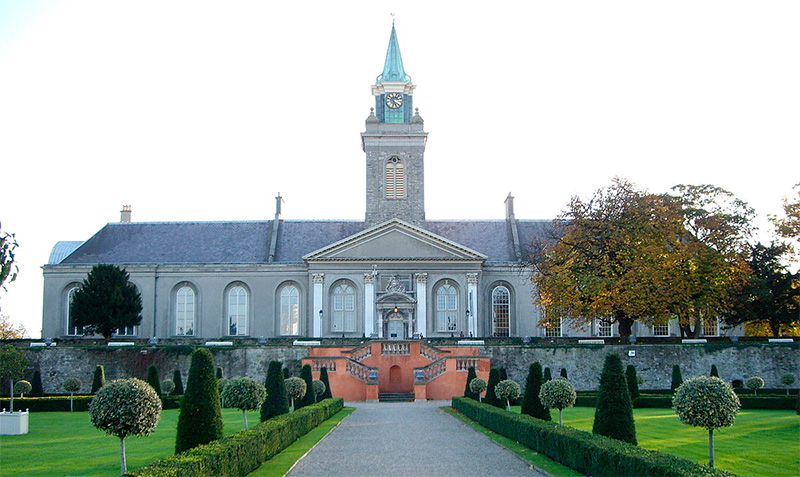 The National Gallery of Ireland is of great interest to connoisseurs of painting. There are paintings of Dutch, Spanish, French, Italian and German masters, written before the beginning of the XVIII century. A separate hall has a huge collection of Irish paintings.

There are about 14 thousand paintings, sculptures, pencil drawings, as well as samples of graphics in the museum vault. 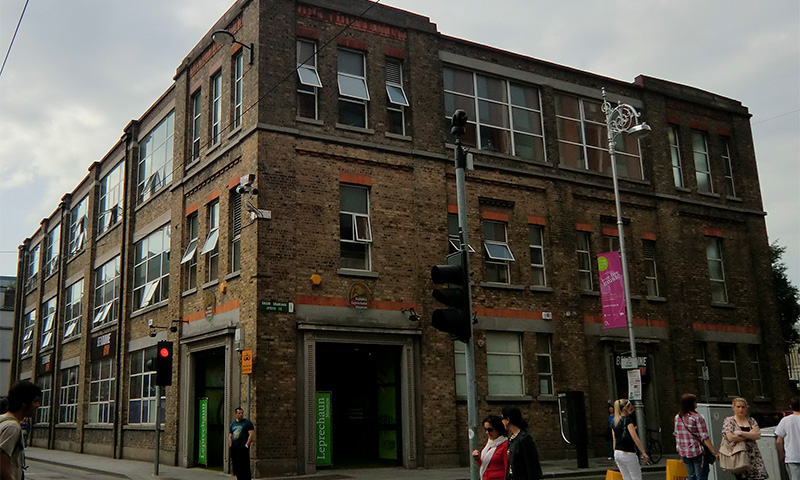 There is a museum dedicated to Irish folklore in the capital. The exposition tells about leprechauns – magical creatures dressed in green clothes and granting wishes. Tourists will learn a lot of interesting things about the little people, which are compared to elves or fairies.

During the tour, adults and children are shown a tunnel with optical illusions, a room of Irish mythology, artifacts from the Newgrange tomb, and an ancient well. Souvenirs are sold on the grounds of the museum. 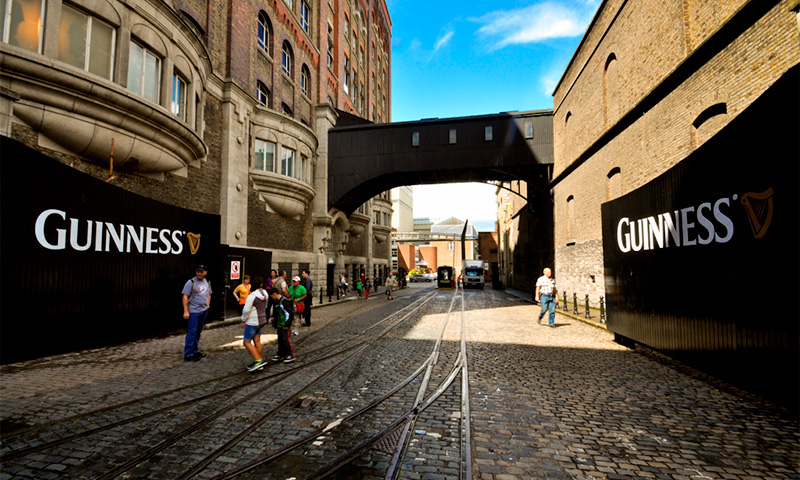 The history of the legendary brewery begins in 1752, when Arthur Guinness rented a small building and founded the family business. For 200 years the small company has grown into a global brand.

The exhibition halls of the museum tell about the traditions of brewing and methods of making beer. Here you can taste beer in the bar Gravitation, buy sweets with beer fillings and interesting souvenirs. On the roof of the building is an observation deck, which offers a gorgeous panorama of Dublin. Beer Museum attracts about 700,000 visitors a year. 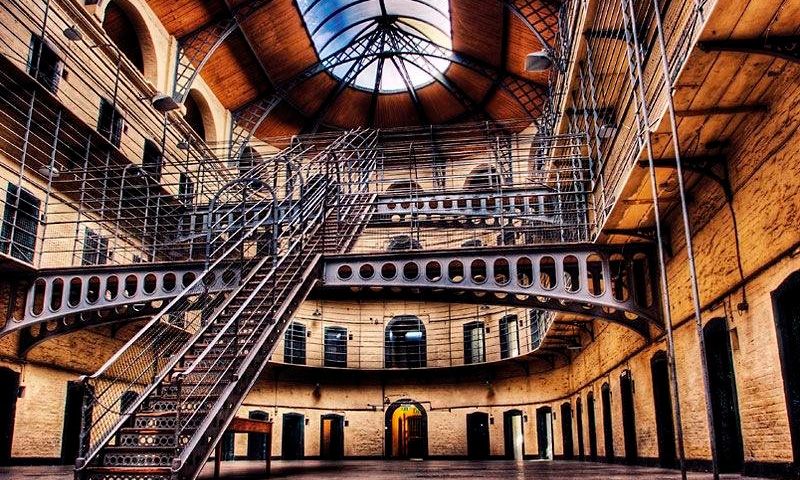 Kilmanham prison, used by the British authorities to hold prisoners, is now converted into a museum. The complex, built in the capital, is called the Irish Bastille because many of the country’s notables and independence fighters served their sentences or were executed there.

Visitors can see the courtyard and the cells where the prisoners languished. The Kilmanham Museum has an exhibit on Irish nationalism. On the second floor is an exhibit of sculptures, paintings and drawings from the incarcerated. 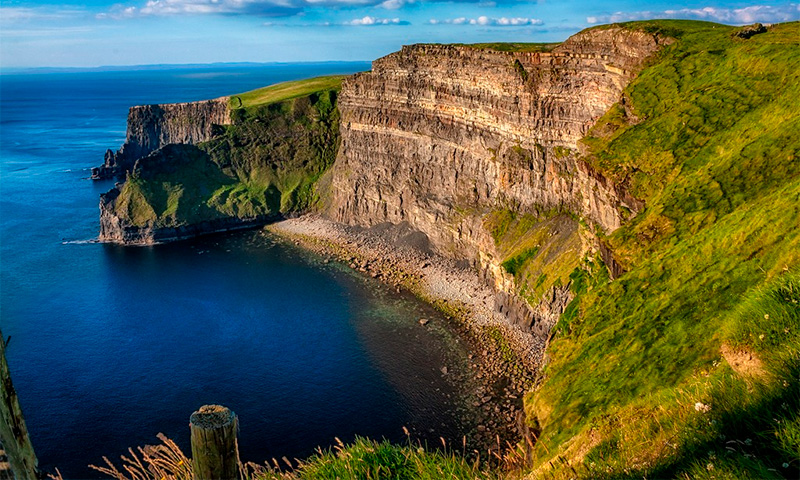 In County Clare, near the village of Liskannor, one of Ireland’s main attractions can be seen – the Cliffs of Moher, towering on the ocean. Tourists flock here to climb to a height of two hundred meters and admire the magnificent scenery.

On one of the cliffs is the O’Brien Tower, equipped with an observation deck that offers an even more gorgeous view. 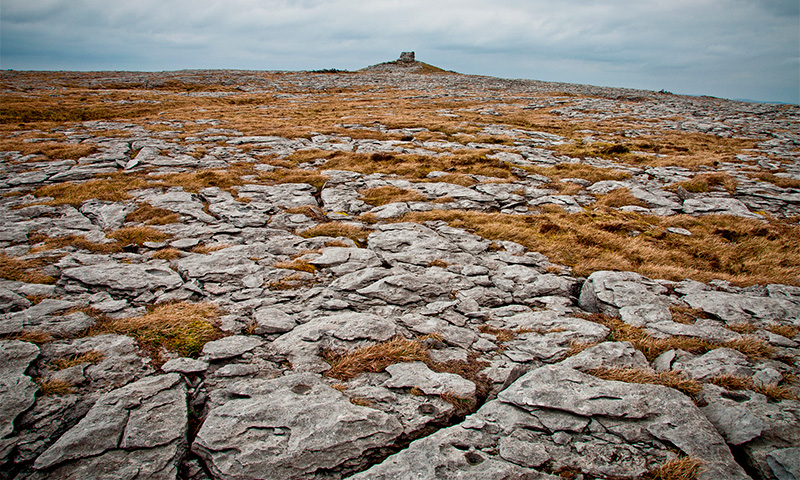 In the west of the country, the Burren National Park sits near Galway. This is an unusual place, attracting fans of fantastic scenery.

Here you will find:

On the territory of the park grows ivy, fern, mountain ash, hazel, heather, alpine grasses and mosses. In the reserve there are hiking trails with varying degrees of difficulty. It is recommended to travel as part of a tour. 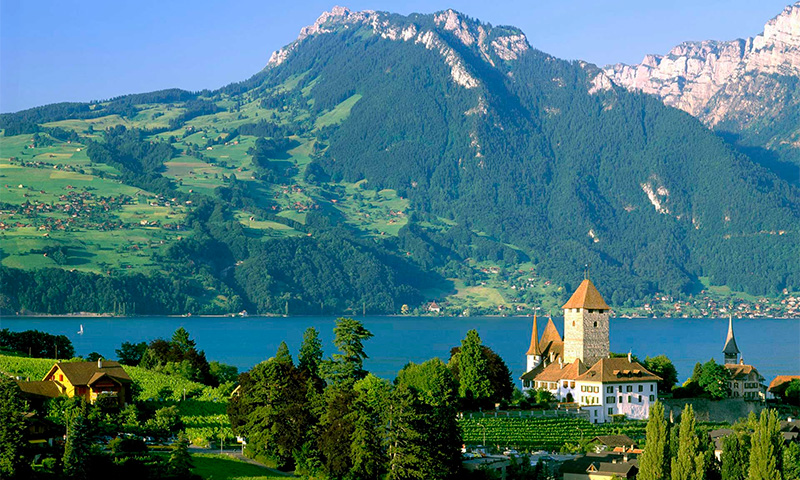 In the southwest in Kerry County there is a nature reserve founded in 1932. There are beautiful lakes, underground springs, forests, heathland and green hills on an area of 10,000 hectares. Travelers here can see deer, marten squirrels, geese, falcons. The flora is represented by the rare Killarney fern, strawberry tree, and century-old oaks. 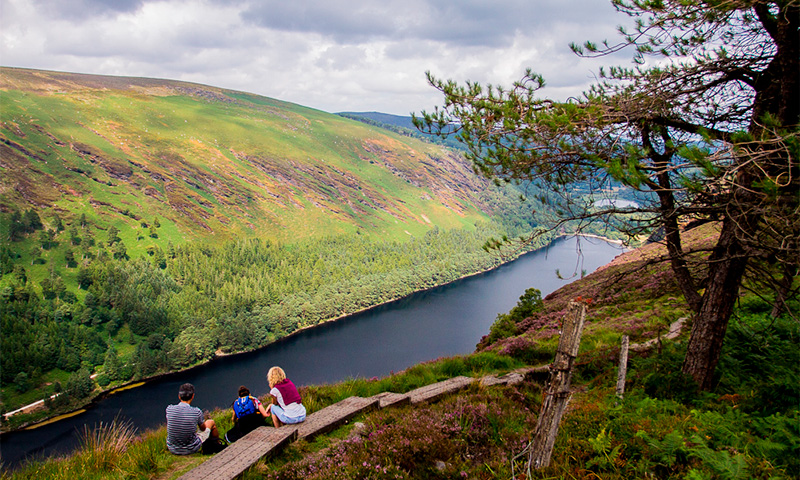 In the valley of Glendaloch in County Wicklow the monk Quentin settled in the sixth century. In a picturesque corner surrounded by high hills, he built a small monastery, outbuildings and a hospital.

The abbey is a place of pilgrimage for the faithful and attracts tourists with its beautiful natural scenery. There are many trees, shrubs, flowers, but most importantly – many religious shrines and ancient stone towers are preserved. 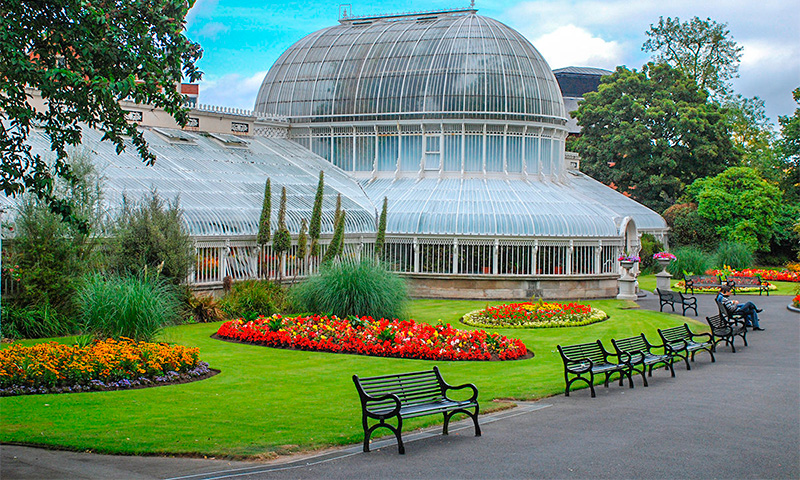 It’s easy to spend a whole day in Dublin’s Botanic Gardens. In the center of the capital on 25 hectares of land grows more than 20 thousand plants. The indoor greenhouses are filled with tropical trees and herbs while the outdoor areas are filled with gorgeous roses and medicinal plants brought in from around the world.

Along the perimeter of the park are laid out alleys – there guests take a leisurely stroll and rest on cozy benches. Everyone can sit in a cafe or try national cuisine in the local restaurant. In the garden there is a store where seeds and seedlings of the plants are sold. 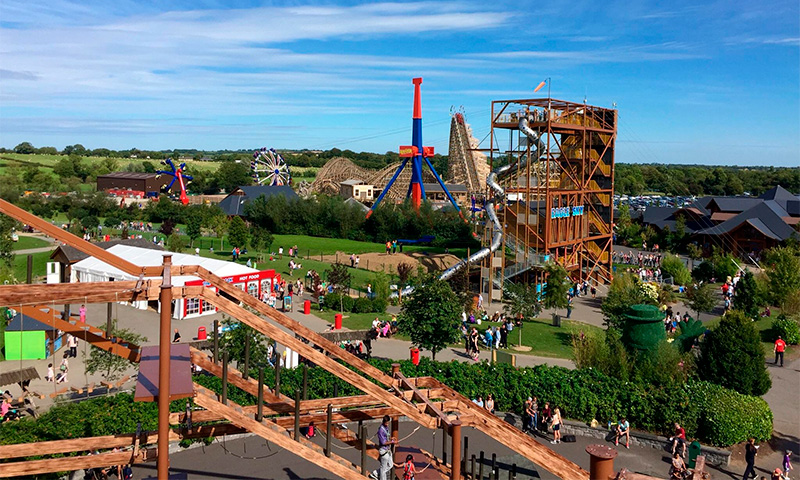 There’s a big amusement park for kids of all ages on the outskirts of Dublin. Tayto Park, named after potato chips, is open every day. Children can enjoy the rides, roller coaster, fun competitions and costume shows.

The park has separate areas for kids with safe swings, trampolines and mazes. The ticket price includes a visit to the Teito factory, where they make those delicious chips. Children can watch the interactive exhibition and try the products that just came off the assembly line.