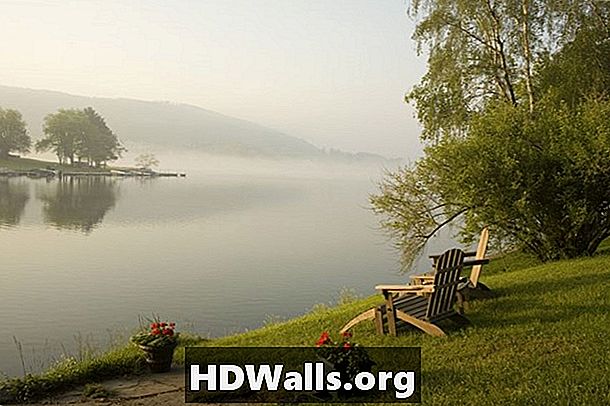 Maryland offers a wide variety of attractions and activities, from the coast (Chesapeake Bay and Atlantic Ocean) to the mountains (Appalachian Mountains) and urban areas (Baltimore and Washington, D.C. suburbs). You can enjoy beautiful scenery and outdoor activities one day, as well as museums, historic sites and cultural events. 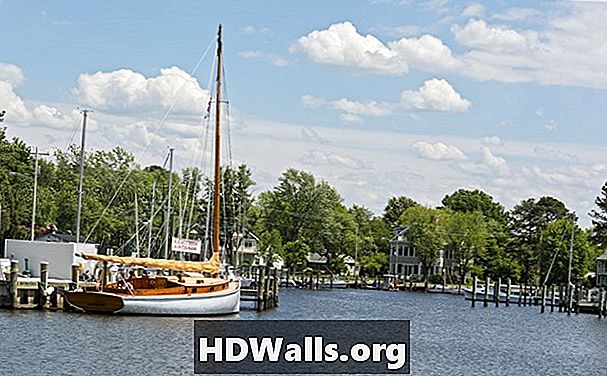 “The Eastern Shore,” the eastern side of the Chesapeake Bay, is Maryland’s most popular attraction. The region is characterized by historic towns, beaches and beautiful natural areas that draw crowds during the summer months. Visit Chestertown, St. Michaels, Cambridge, Ocean City or Assateague Island. Each city has its own unique character and is worth a visit. 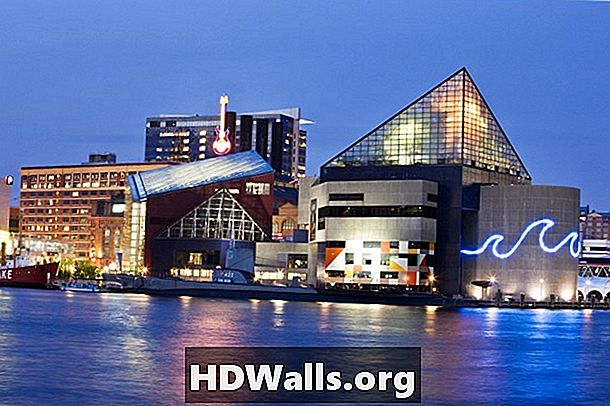 Baltimore is a fun place to spend a day – walking the docks, shopping, eating and people-watching. It is the largest city in Maryland, and Inner Harbor is a premier destination for people of all ages with world-class attractions such as the National Aquarium, Camden Yards, Port Discovery, Historic Baltimore Ships, Maryland Science Center, Pier Six Pavilion and Horseshoe Casino. 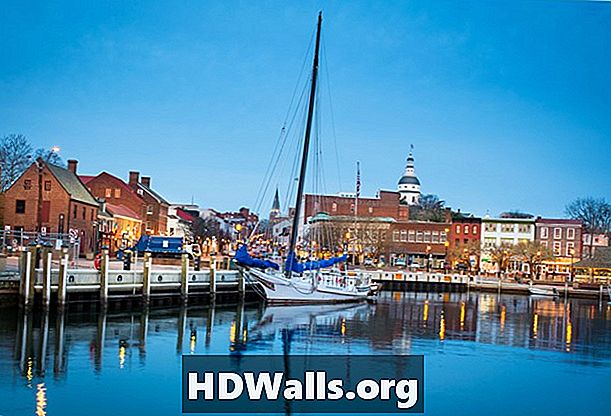 Enjoy shopping, dining and the beautiful scenery of Maryland’s state capital and the sailing capital of America. Take a sightseeing walk or walking tour and learn the history of this beautiful seaport. Annapolis is home to the U.S. Naval Academy and St. John’s College, the third oldest institution of higher learning in the United States. 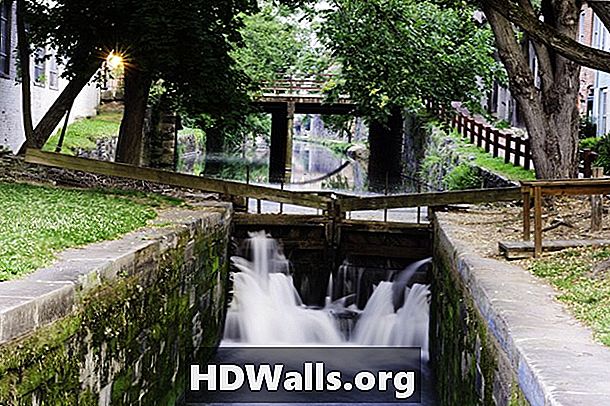 The Chesapeake and Ohio Canal (C & O Canal) is a national historic park that dates back to the 18th and 19th centuries. The 184.5-mile trail stretches from Georgetown, Washington, D.C., to Cumberland, Maryland. Walking or biking along the trail, you can see original structures including castles, locks and aqueducts. 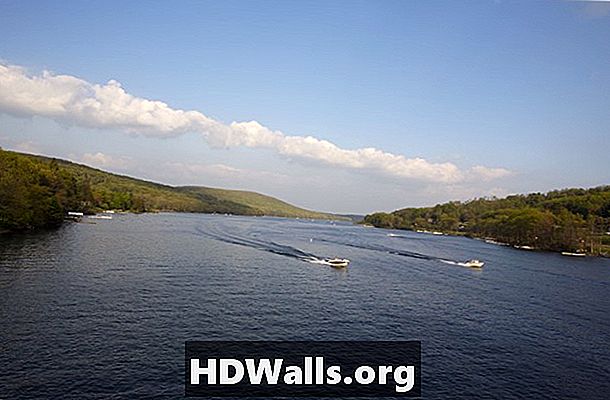 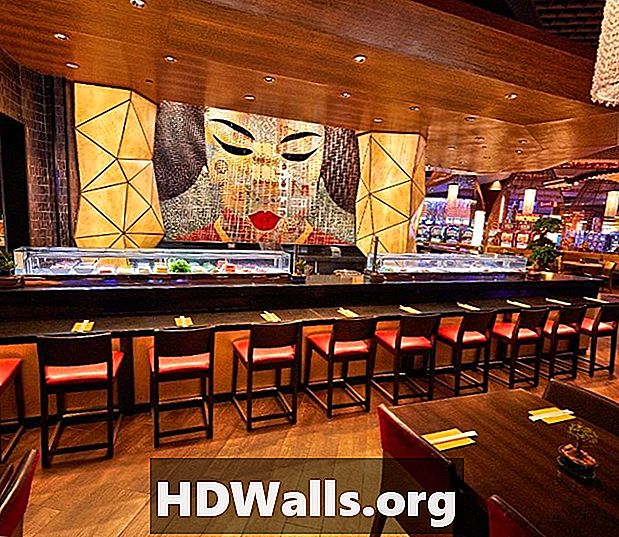 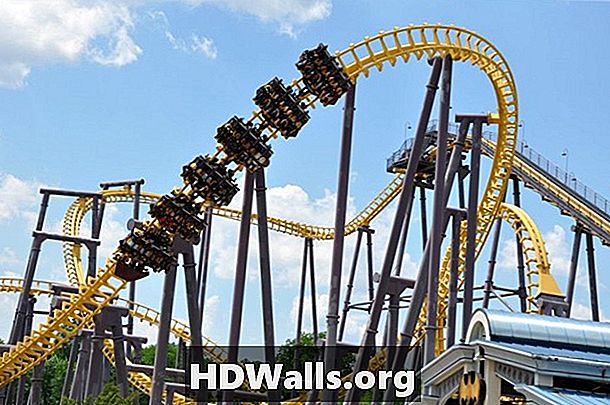 Six Flags America is the biggest attraction for kids in Maryland, featuring more than 100 rides, shows and the largest water park in the area. The amusement park is a great attraction for all ages with 10 roller coasters with names like Wild One, Joker’s Jinx and Superman Ride of Steel. Queue shows include an international award-winning stunt that keeps everyone entertained, and younger kids enjoy Looney Tunes Movie City, where they can meet Bugs Bunny. The park is open from April through October. 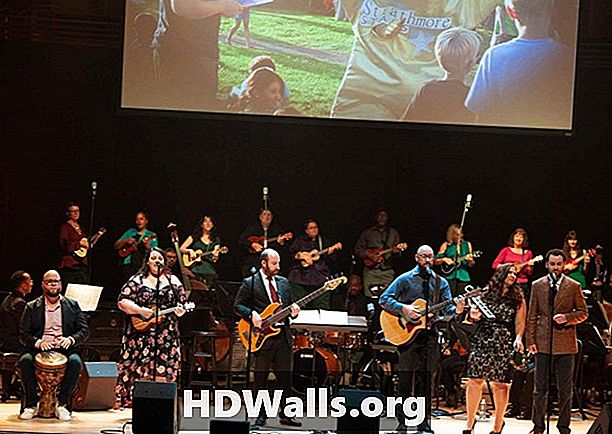 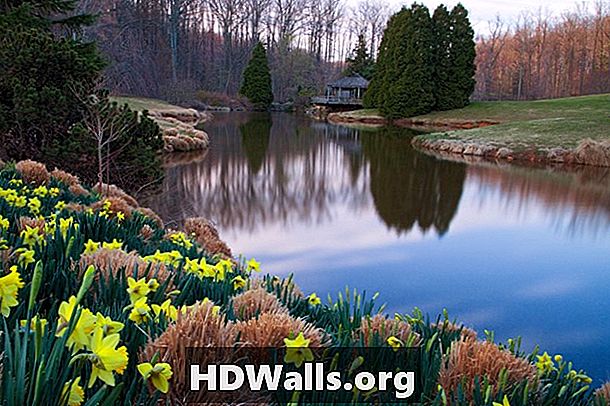 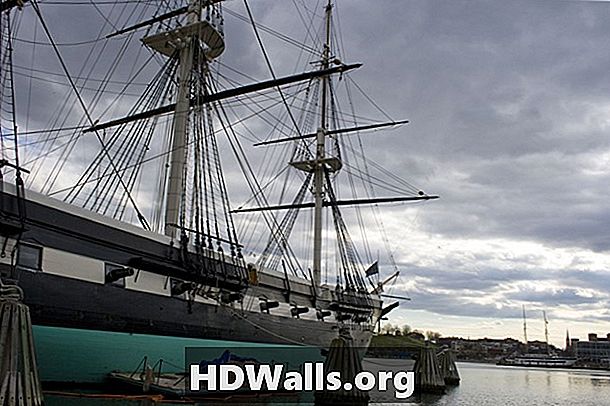 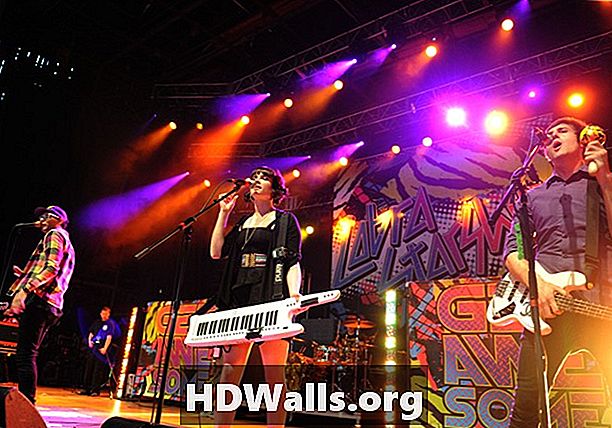 The outdoor concert venue is located within the 40 preserved acres known as Symphony Woods in Columbia, Maryland, conveniently located between Baltimore and Washington, D.C. A wide variety of musical performances take place from April through September. 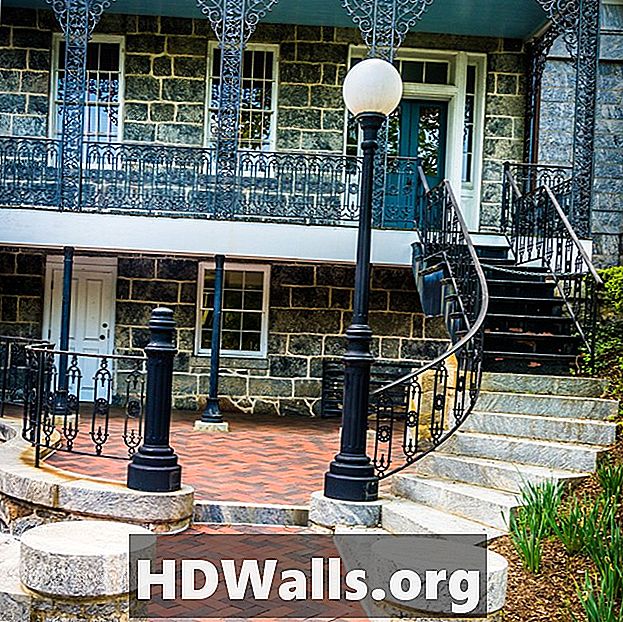 In the late 1700s, Ellicott’s Mills was the largest flour milling center in the region. Today, the quaint town in Howard County, Maryland, is an interesting place to visit, known for its historic charm as well as a good selection of antique and specialty stores and unique restaurants and cafes. 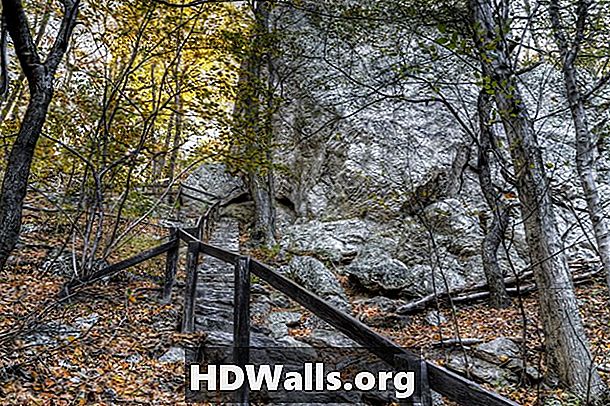 Maryland’s diverse geography from the Appalachian Mountains and the Chesapeake Bay to the East Coast swamp and the Atlantic Ocean makes it an interesting place to explore. The state has a wonderful variety of parks that offer endless opportunities for outdoor recreation. Enjoy activities such as hiking, biking, picnicking, boating, fishing, camping, rock climbing, horseback riding and more. 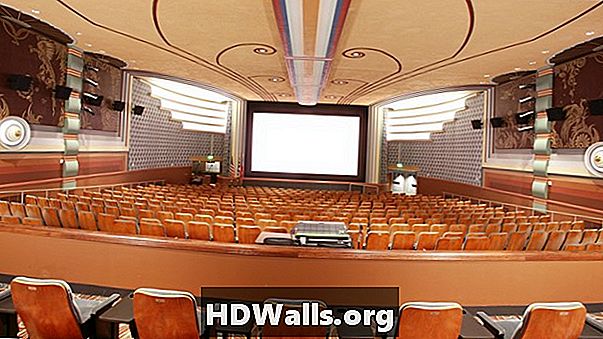 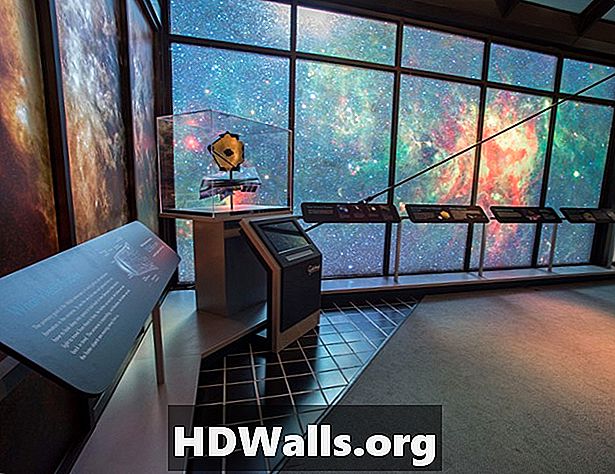 The 10 most beautiful cities in Maryland, USA

The 10 most beautiful cities in Maryland, USA

The small eastern shore of the state, Maryland has many scenic landscapes and areas of natural beauty and is a place filled with scenic delights. We check out the 10 most beautiful towns in Maryland.

READ
8 places to visit in and around Rimini, Italy

A small little town located on the Chesapeake and Delaware Canal, Chesapeake is an idyllic little part of Maryland filled with history and charm. The town lies right on the edge of the waterfront and is bordered by trees and fields. They turn a lush green or beautifully polished bronze and orange depending on the season and fill the town with color and warmth. Chesapeake itself is largely unspoiled, retaining an incredible share of its 19th-century buildings and houses that have been converted into hotels and restaurants. The local museum is ideal for exploring the city’s heritage and culture.

Voted America’s Coolest Small Town by Budget Travel in 2014, Berlin is one of Maryland’s most charming and vibrant cities. Known for portraying the fictional town of Hale in the 1999 movie The Running Bride, Berlin is as quaint in reality as it is on screen. The entire city center is the National Register Historic District, with numerous antique buildings and traditional houses dating from the Federal, Victorian and early 20th century periods. These are interspersed with sycamores, poplars and abundant flowers, giving the area a beautiful and distinctive aesthetic.

Founded in 1792 by George and William Boone, cousins of Daniel Boone, Boonsboro is an important center of colonial and Civil War history in the area and is filled with historical culture. The town has six places on the National Register of Historic Places, including the entire center around Main Street and the Bowman House, a magnificent log home typical of 19th-century architecture. The local surroundings of Boonesborough are equally beautiful, and South Mountain rises in the distance. Near the Antietam National Battlefield is a bleak but striking landscape.

Chestertown, located on the Chester River, is an attractive town that prides itself on this maritime heritage. The port is still in operation, and numerous sailboats and boats come and go during the day, creating a lively atmosphere. There is also the Shuna Sultana, a beautiful replica of an 18th-century British navy ship that is based in the town and gives the port an impressive historical edge. The rest of Chestertown also has an incredible history, with buildings from the town’s colonial heritage and numerous museums and galleries exploring the town’s rich past and culture.

READ
Tanzania. Journey to the country of Hakuna Matata

Terrorized locally as “Where the South Begins,” Cumberland became a major player in the Civil War and its aftermath because of its strategic location. Since this period, the city has retained much of its historic atmosphere, and the downtown area with its many beautiful historic buildings built during this period. Some of the city’s most striking architecture is found in the historic district of Washington. It is filled with many attractive public buildings and some of the best surviving examples of Gothic Revival architecture in the state. The neighborhoods around the city are equally beautiful, with the Appalachian Mountains rising in the distance.

Founded in 1772, Ellicott City is one of the most historic cities in the state. The city is home to the oldest surviving railroad station in the nation. Being made of blocks of locally quarried granite and with a pointed roof, the station exudes old-world charm and is now used as a museum. The entire main historic district is listed on the National Register of Historic Places and has more than 200 buildings from the 18th and 19th centuries. There is also a largely intact Main Street, which is home to many local stores and picturesque homes.

One of the state’s largest cities, Frederick is the perfect blend of historic and modern, with something wonderful to be found in every corner. The historic downtown area is characterized by the “clustered spires” of its many historic churches, which dominate the skyline and give the square its character. Meanwhile, two Civil War battlefields and the National Museum of Civil War Medicine make this city a must-see for any history buff. For those looking for more natural beauty, head to one of the city’s peaceful parks for an abundance of unspoiled meadows and streams.

Rock Hall, known as the “jewel of the Chesapeake Bay,” is a quaint seaside town with thriving fishing and boating. The harbor is filled with crab and oyster boats that leave town each morning, returning with baskets of clams for the fresh seafood restaurants in town. The main town is also beautiful, with two large 18th-century mansions on the National Register of Historic Places, three museums that discuss the town’s local heritage, maritime industry and many picturesque board houses. The city is especially stunning at sunset, when warm light envelops the town and harbor in an intense glow.

St Michaels’ motto is “Historic charm, nautical adventure, romantic spaces,” and this small town promises. The downtown area is lined with quaint, old-fashioned homes, boutiques and restaurants, and the harbor is the perfect place for all sea lovers to stroll and relax while taking in the beautiful views by boat to the ocean. All three promises of the motto are rolled in the historic lighthouse, Hooper’s Direct Light. It is one of four Chesapeake Bay lighthouses built in iconic spiral-barreled structures, and remains one of St. Michaels’ finest landmarks.

Located on the edge of two state parks, Thurmont is ideally situated for abundant natural beauty and locally known as the “gateway to the mountains.” Cunningham Falls State Park is home to the largest cascading waterfall in Maryland and is a place of spectacular beauty. Catoctin Mountain Park also has an edge of Appalachian mountains, hardwood forests and winding streams, just a stone’s throw from Thurmont. The main town is quaint, with charming red-brick buildings and local independent stores. It also hosts the Catoctin Colorfest Bell, an annual arts and crafts festival.