If you decide to go on a tourist trip in India, there is a good chance that you will find yourself at the Taj Mahal at some point. The famous white marble mausoleum is located in Agra, Uttar Pradesh, and it remains among the country’s top attractions. Nevertheless, there are hundreds of other places on this vast subcontinent that might interest travelers. They are less famous than the Taj Mahal, which Shah Jahan built, but the memory of them remains in the minds and hearts of every visitor. Below you will learn about the top ten most amazing places that deserve your attention during your stay in India. 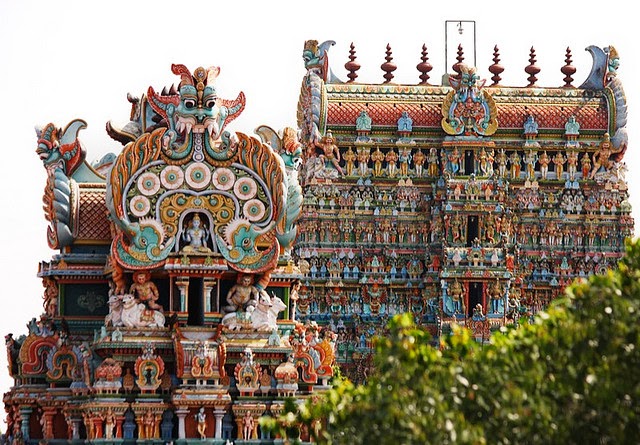 While the Taj Mahal shines with a majestic marble sheen, the Minakshi Amman Temple is dotted with vibrant colors. It is located in the Southeastern Indian state of Tamil Nadu in the city of Madurai, which is considered one of the oldest continuously inhabited places in the world, having functioned for over two thousand years. 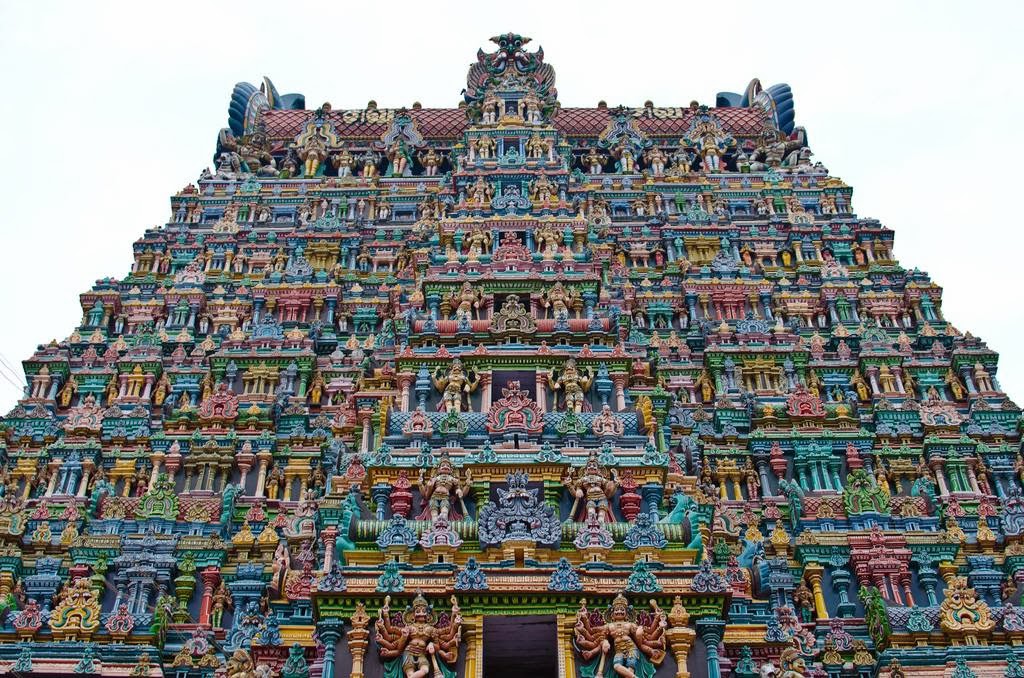 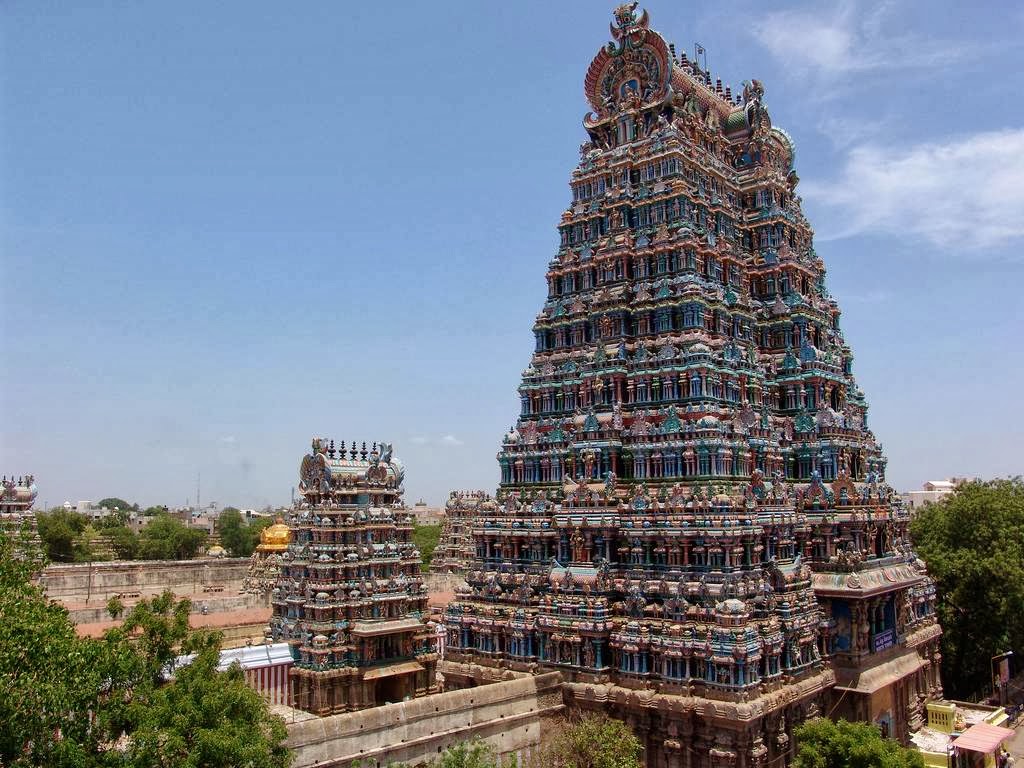 At its core is something extraordinary – a temple of the Hindu goddess Parvati, wife of the god Shiva. The entire temple complex is guarded by towers known as gopuras. The tallest of these is the south tower, which was erected in 1559 and is over 170 feet high. The oldest is the east tower, founded in 1216, which means it was built centuries before Columbus went to discover faraway lands. The remarkable complex of structures looks like the setting for a distant planet from a sci-fi blockbuster. But they are actually instruments designed and used in Jaipur to observe celestial bodies. They were built by order of the Maharaja in the first decades of the 18th century and are still in use today. Jai Singh II was born in 1688 and became maharaja at the age of eleven, but inherited a kingdom that was on the verge of impoverishment. The kingdom of Amber (later Jaipur) was in desperate straits, with less than a thousand cavalrymen. But by his thirtieth birthday the ruler had built Jantar Mantar.

Kumbalgarh – The Great Wall of India It is the second largest continuous wall on our planet. Some call it by the name of the fort it surrounds – Kumbalgarh, while others call it the Great Wall of India. Surprisingly, such a remarkable structure is little known outside of its region. 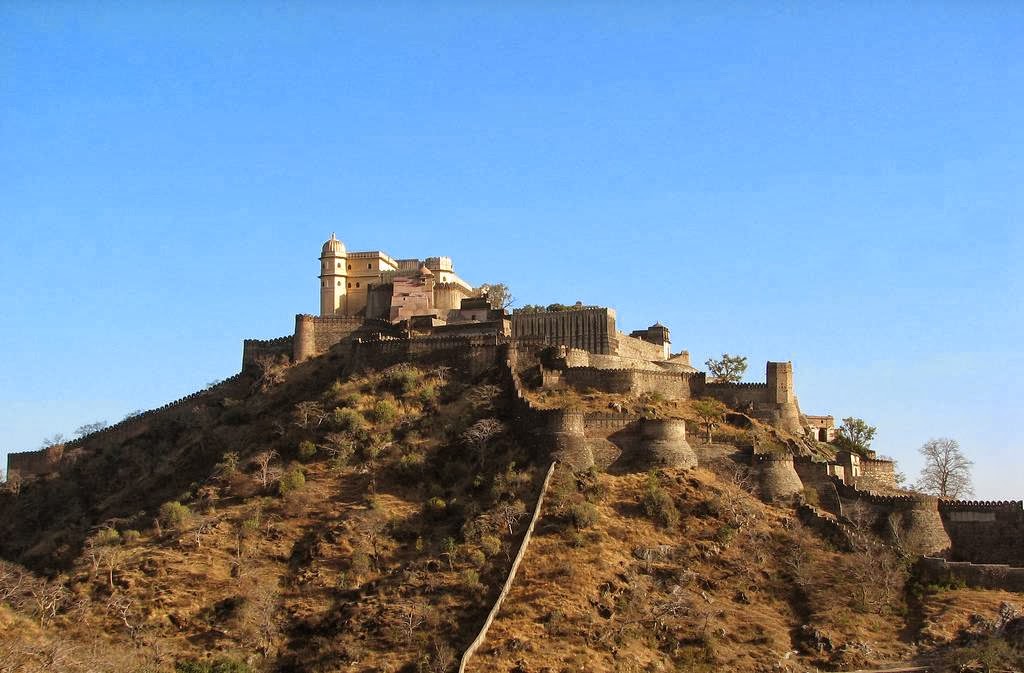 The wall stretches for 36 kilometers. In many images you might mistake it for the Great Wall of China. Nevertheless, centuries and cultural differences run between the two. Work on the Kumbalgarh didn’t begin until 1443-just fifty years before Columbus sailed across the Atlantic Ocean to make amazing discoveries on its other side. From the outside, the Hindu temple of Karni Mata, located in the small town of Deshnok in the Indian province of Rajasthan, looks like any other. But the beautifully and exquisitely decorated shrine, with a steady stream of worshippers, contains a surprise for unsuspecting visitors. The temple is inhabited by thousands of rats. 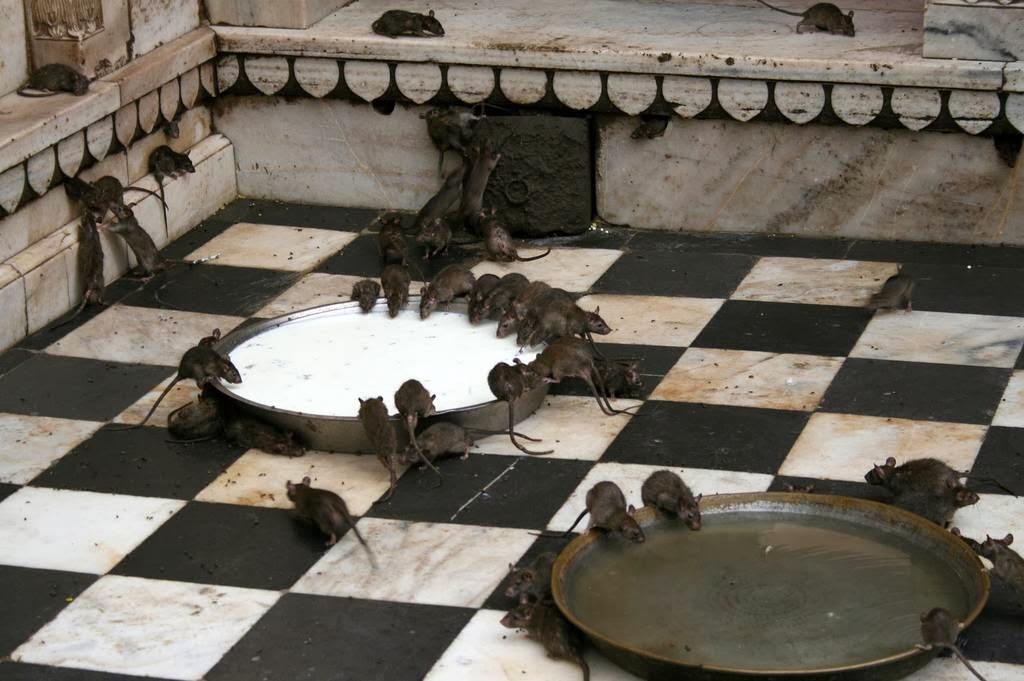 The rodents are not accidental inhabitants of the temple. The worshippers specifically take care of food for the rats, as they are here in memory of the legendary woman, Karni Mata.

Jodhpur – the blue city of India Travelers traverse the arid landscape of the Thar Desert in the Indian state of Rajasthan to reach this place. Here the sky seems to have fallen to earth and everything has become one color – blue. Jodhpur stretches before you like a blue treasure in the middle of the desert. 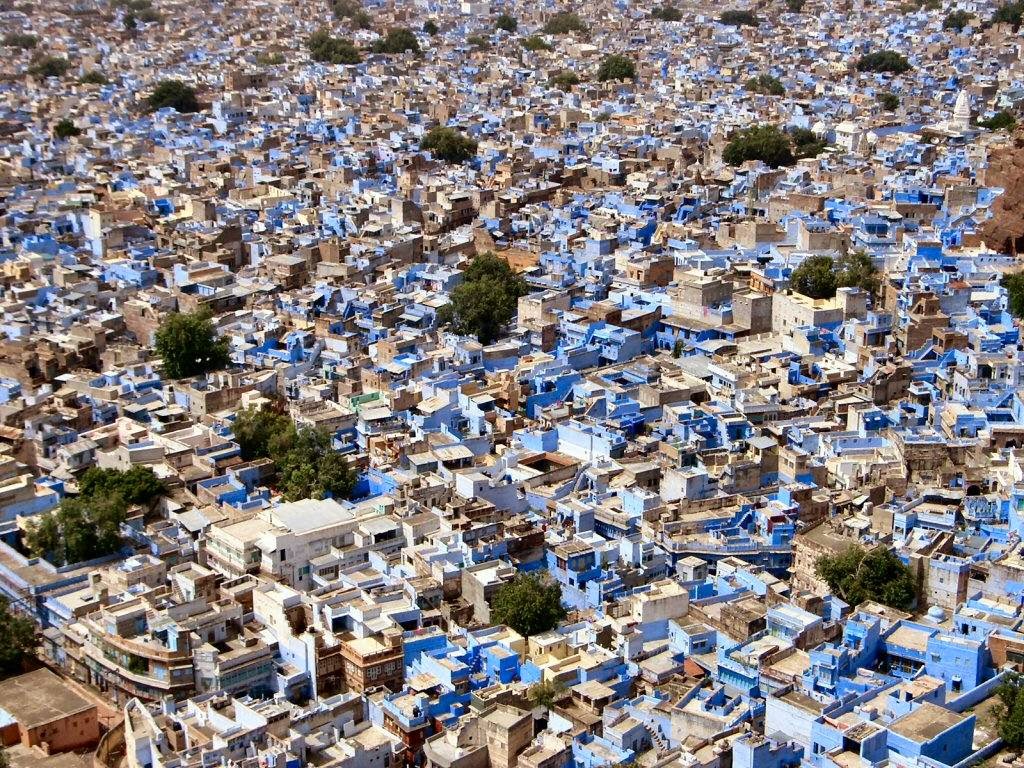 According to one version, the people of the Blue City color their homes different shades of blue because of the prevailing caste system in India. Brahmans belong to the highest Indian caste, and the color blue sets their dwellings apart from other people. In the early years of the seventeenth century, the king of the Ladakh kingdom, Sange Namgyal, ordered this huge palace to be built. It is located on top of the Himalayas in the city of Leh, now the Indian state of Jammu and Kashmir. The building served as the home of a dynasty of rulers until their overthrow and exile in 1834. Since then the tall Leh Palace has been abandoned. Nevertheless, it rises majestically in this area of India, often referred to as Little Tibet. Supposedly it was modeled on the more famous Potala Palace in neighboring Tibet, which served as the Dalai Lama’s residence until 1959, when he left the country. Leh Palace is smaller than the Potala Palace, but its nine-story structure is still impressive. The upper floors were occupied by King Namgyal, his family, and the throngs of courtiers. The lower floors were occupied by servants, storerooms, and stables.

The Living Bridges of Meghalaya Our understanding of India, with its population of more than a billion people, is often limited to statistics. Yet there are places on this subcontinent that remain virtually inaccessible. The state of Meghalaya in the northeast of the country teems with subtropical forests. To get around in this area, locals have resorted to an ingenious form of natural engineering – living bridges made of roots. 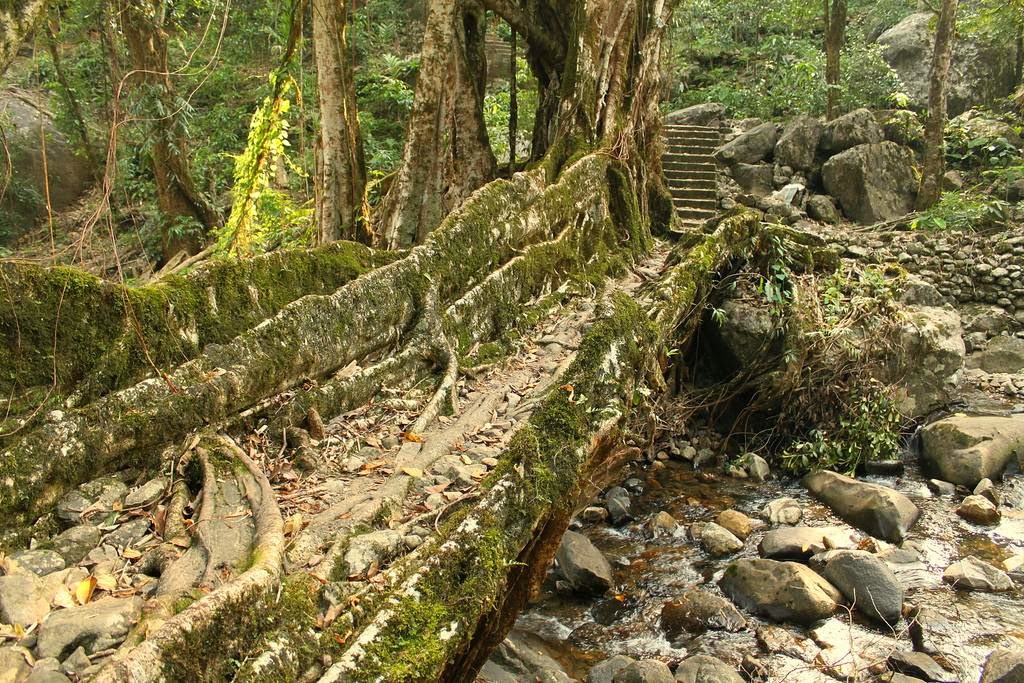 With each rainfall, fording across rivers becomes very dangerous, and this is one of the wettest places on the planet. Persistent rainfall combined with rugged topography, steep slopes, and dense deciduous forests make many areas of Meghalaya an impenetrable jungle. But the resourceful and resourceful local population has created a unique system of natural suspension bridges. 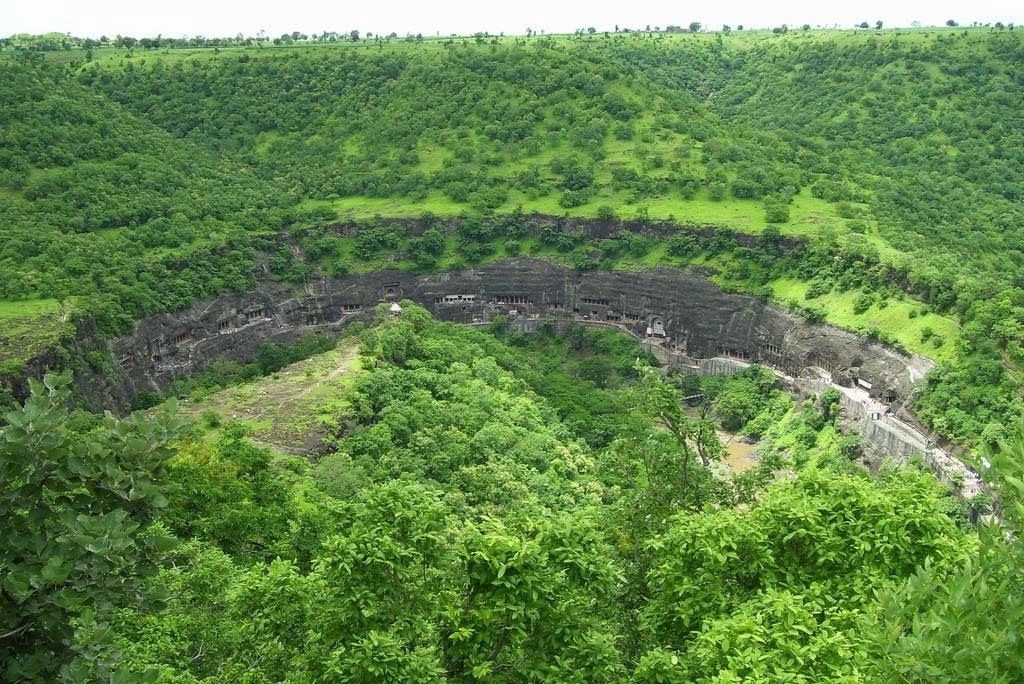 Two thousand and two hundred years ago work began on a vast series of cave monuments in the Indian state of Maharashtra. Over the course of hundreds of years, thirty-one monuments were carved out of the rock here. Around 1000 A.D. the monks gradually abandoned the cave complex and it fell into disrepair. The sprawling dense jungle hid the caves from human eyes. The caves of Ajanta remained untouched for hundreds of years. But in April 1819, during British rule, an officer with the unassuming name of John Smith crossed the doorway of one of the temples after stumbling across it while hunting tigers. One of the walls still bears an inscription with his name and date, made by the occasional visitor himself.

Bhangar – a ghost town in India It was abandoned about 400 years ago and is said to be the most haunted place in India. Bhangar is located between the cities of Delhi and Jaipur in the state of Rajasthan. There are several legends explaining the reason why the inhabitants left the place. But to this day, no one is allowed to enter the ghost town after dusk, as any visitor will die and never be reborn again. 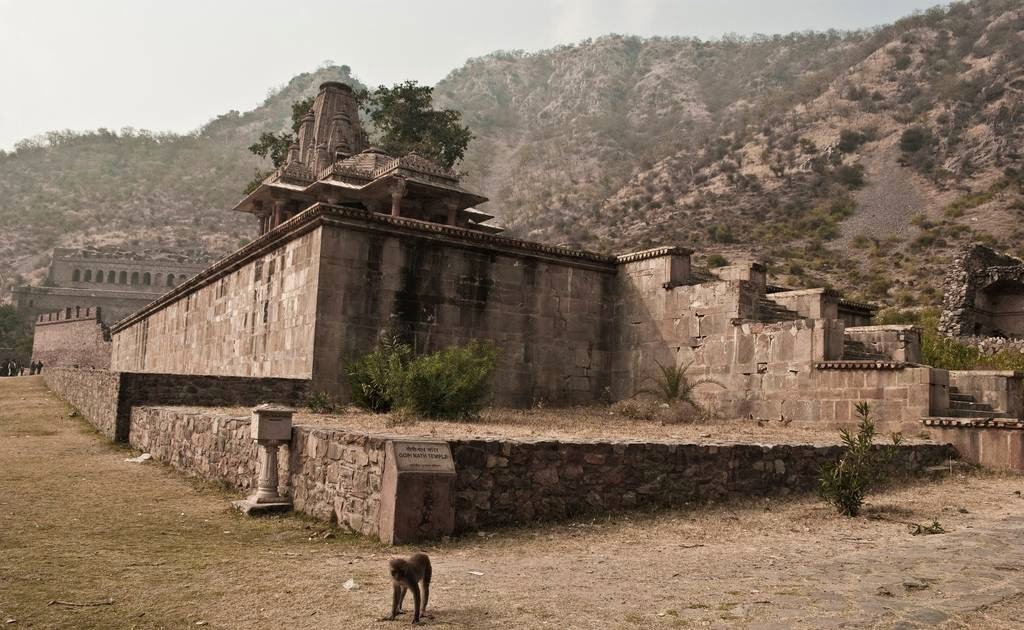 There are majestic temples of the main Hindu deities in the area: Shiva, Lavina Devi, and Gopinatha. But the crowds of worshippers demanding entrance to the temple are long in the past. The city was built during the reign of Maharaja Bhagavan Das in 1573 at the request of a local guru. In deference to the myriad of amazing places, some of which we have mentioned here, the tenth destination in India is the country itself. It is a vast territory with thousands of years of history and many different cultural traditions and languages. So, let’s summarize all of the above with a three-minute video by Kashyap Bhatia.