The city of Cincinnati is beautifully situated in a wide basin on the north bank of the Ohio River, surrounded by rolling hills in what has become known as the “Pearl of the West” and the “Queen City.” Today, this industrialized city in Ohio has a wide range of cultural and recreational facilities, as well as vibrant neighborhoods like the Rhine and Mount Airy that expand the social scene in the city. Cincinnati thrives with sports, entertainment, cultural, historical, culinary and outdoor opportunities born of a deep industrial background.

See also: Where to Stay in Cincinnati 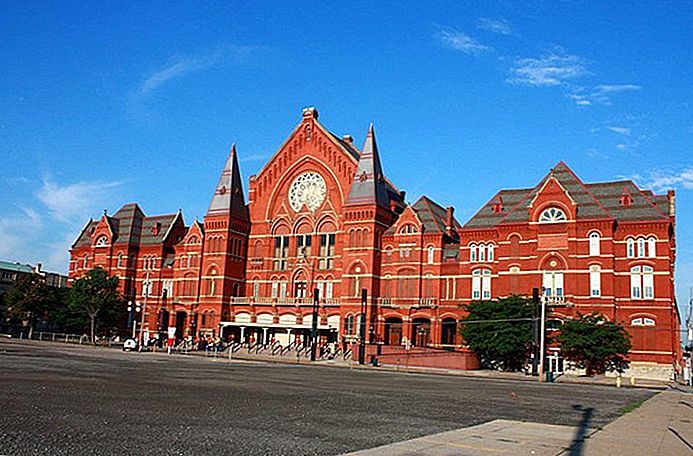 The beautifully renovated 1878 Music Hall is one of the finest buildings in Cincinnati. The expansive music hall is located in Cincinnati’s vibrant Raine Street neighborhood in Washington Park with a stunning presence. The façade contains arched passageways under one huge round window and is surrounded by two square towers. Music Hall is home to the Cincinnati Symphony Orchestra and Pops, the Cincinnati Ballet and the Cincinnati Opera. It has two balcony levels and an ornate ceiling with decorative panels that give it a special charm. The Music Hall Ballroom seats about 1,300 people and is used for events and exhibitions. Events requiring a more intimate setting are held in the Corbett Tower, which accommodates only 300 people.

READ
Traveling through China: the city of Macau. The Cincinnati Zoo and Botanical Gardens is famous for its white Bengal tigers and gorillas. It also contains one of the largest insectariums in the world. A visit to the zoo is a full day, with rides, 4D theater and animal encounters and shows. Get up close to the animals in world-class exhibits at the zoo, such as Gorilla World, Africa, Cat Canyon and Painted Dog Valley. Family programs are available as well as special events throughout the year. The botanical garden has many exhibits that are also educational, where you can learn about the best

plants for pollinators, native plants, or take part in one of the many symposia and classes offered throughout the year. A visit to Cincinnati is not complete without taking in the iconic Reds baseball games at Great American Ball Park downtown. As the first professional baseball franchise, the Reds are a household name in Cincinnati and an important part of the community. While baseball games are seasonal, the Cincinnati Reds Hall of Fame and Museum is open year-round, and you’ll often encounter Reds-related events throughout the year. Eden Park at the Cincinnati Art Museum features outstanding works of art, including sculpture, ceramics and paintings from the great civilizations of five millennia. The exhibition features a permanent collection as well as temporary national and international exhibitions. Highlights of the collection include American and European painting and sculpture, art from the Far East and Africa, decorative arts, textiles and photographs. The museum is also popular for its art-related programs and special events held throughout the year. Irwin M. Crone Conservatory. Crone in Cincinnati is the city’s horticultural gem with more than 3,500 plant species from every corner of the globe. The conservatory features unique themed houses that include a desert and a rainforest with waterfalls. The Krohn Conservatory, built in 1933 during the Art Deco era, has become known for its unique aluminum and glass architecture as well as its diverse plant species inside the greenhouse. It is operated by the City of Cincinnati Parks Department and hosts various events and changing exhibits throughout the year. The world-renowned Taft Museum of Art in Cincinnati is located in a stately 18th-century Palladian-style building called the Baum-Longworth-Taft House. It is listed as a national historic landmark and gives a glimpse of the grandeur of an earlier age.The museum features a small but impressive collection of paintings from the old masters, European decorative arts, sculptures and furniture among many other works. At the front of the museum is a statue of Abraham Lincoln, created by George Gray Barnard in 1917, considered Barnard’s best work, but was controversial at the time for his representation. Barnard hoped to portray a less conventional image and show Lincoln more as a man of men, and consequently, the statue showed Lincoln in a drawn-out pose, in ordinary, if not shabby clothing. The museum hosts regular educational talks and social events throughout the year. The focal point of downtown Cincinnati with its modern towers is Fountain Square. In the center of the square is the impressive Tyler Davidson Fountain, which was abandoned in Munich and installed in 1871. Fountain Square is a social hub surrounded by expanded dining and entertainment options. The area is most active in the summer, when visitors can enjoy a meal or coffee at an outdoor table. In the winter, outdoor skating is one of the most popular things to do here. 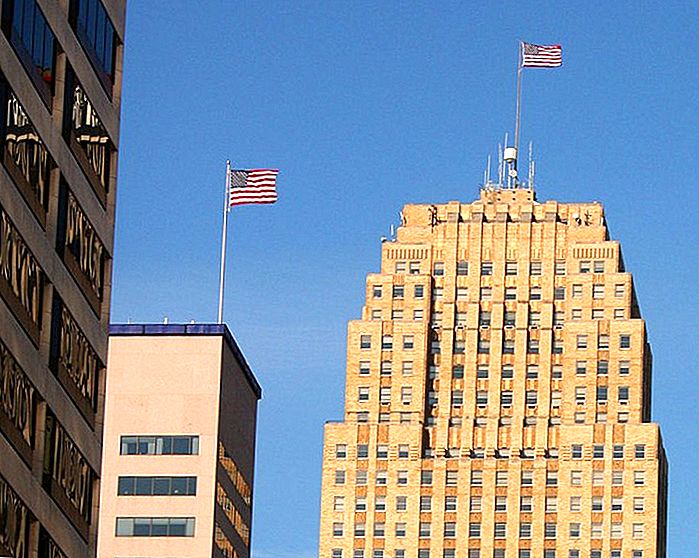 Carew Tower is the second tallest building in Cincinnati. Built in the 1930s at the height of the Art Deco era in the United States, this French Art Deco building is a National Historic Landmark. It’s a mixed-use building with offices, stores and hotel rooms, but for most people the main focus is the view of the city from the Observation deck on the 49th floor . One of the hidden gems in Cincinnati is the American Sign Museum. This unique and colorful museum displays every kind of sign imaginable across 19,000 square feet of space. “The Neon Shop” shows weekday sign makers working in their crafts, and a tour of the museum provides insight into the process. The brightly lit signs are truly a feast for the eyes and a visual experience unparalleled in other museums.

Where to stay in Cincinnati for sightseeing

The best place to stay in Cincinnati is in the heart of downtown, among beautifully restored historic buildings, famous museums and pleasant public spaces. The city is laid out in an easy-to-navigate grid with the Ohio River marking the southern border. Art and nature lovers will want to stay on the east side to be near the Cincinnati Art Museum and Johnston Park. Those in town to see a concert at the Cincinnati Music Hall should try to stay on the north end of downtown. Below is a list of highly rated hotels in convenient locations:

Luxury Hotels: The 21c Museum Cincinnati Hotel is in a great location in the heart of the event. It’s an innovative, new concept with luxurious rooms. pop-up penguins; an art gallery; and a rooftop terrace in summer, with sweeping views of the city. One of the city’s top attractions, the Hilton Hotel is located in a 1931 Art Deco building near Fountain Square. The Westin Cincinnati is also modern and comfortable in Fountain Square and has some of the city’s best restaurants. 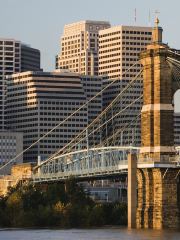 Interesting things to do in Cincinnati (2,816) 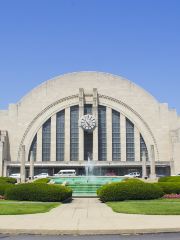 love is blue “We’ve been to Cincinnati many times over the years, and I remember that Roblin’s Hanging Bridge is a dark and dark relic. It has been well cared for over the last ten years and is now a landmark by the lake. We didn’t realize the mural project here until we looked online. We intentionally drove into Cincinnati this way to see the murals and nearby George Rogers Clark Park. It’s worth stopping here if you go over the bridge. The roads to the bridge on both sides of the river are developed and well built.” 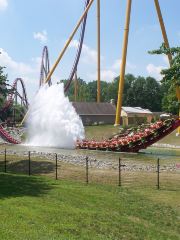 Hanyang44 “Cincinnati Union Terminal, now officially called the Cincinnati Union Station Museum Center (Cincinnati Museum Center at Union Terminal). The building is very peculiar. This large-span half dome has a unique style. The interior of the hall is notable for its murals. These murals, reflecting the history and culture of Cincinnati, are considered the work of famous German designers. It is still a train station (on the lower level), but there are not many trains a day and few passengers. The themed building upstairs is a museum center with several museums, few tourists.” 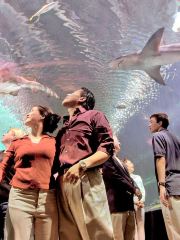 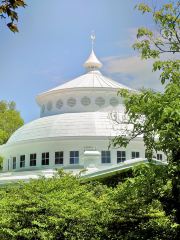 Kim Devilbiss “We Love Newport Aquarium! Great place to take the family! Also food and shopping places nearby. Good parking and fun for all ages!” 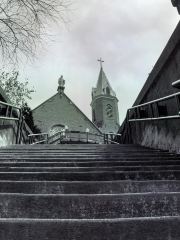 _We***53 “This is a really nice zoo, despite past controversies. I highly recommend it, in my opinion, a must visit when visiting Cincinnati.” 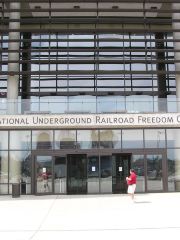 RiverBlue “It’s just a church. It’s not very distinctive, but you can get high up on it and not pay attention to it. It’s also very pretty. There are a lot of people in the church. A lot of people worship on weekends. This neighborhood is very beautiful. I especially like the religious places.” 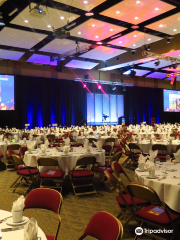 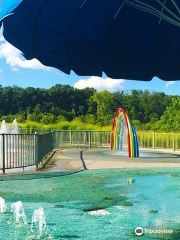 RiverBlue “It’s a small business district with an observation deck where you can see the river and admire the scenery. The night is beautiful and the lights are bright. Sit here and have a glass of red wine. Watch the river and watch the lights on both sides of the river.” 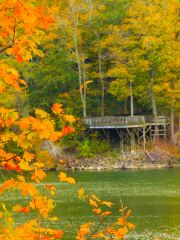