The most amazing places on the planet. Top 10

Our immense planet is full of places of inexpressible beauty, for the exploration of which sometimes even a lifetime is not enough. In order to cover all the amazing beauty of the earth, made this selection, which shows the most beautiful places of the world, located in different parts of our world. It has found a place and natural attractions, and man-made objects, and famous resorts and extreme attractions. Stormy waterfalls, majestic forests, clearest water reservoirs, breathtaking views of mountains, original ancient settlements, ancient castles, mysterious valleys – all this and much more worth seeing at least once in your life. 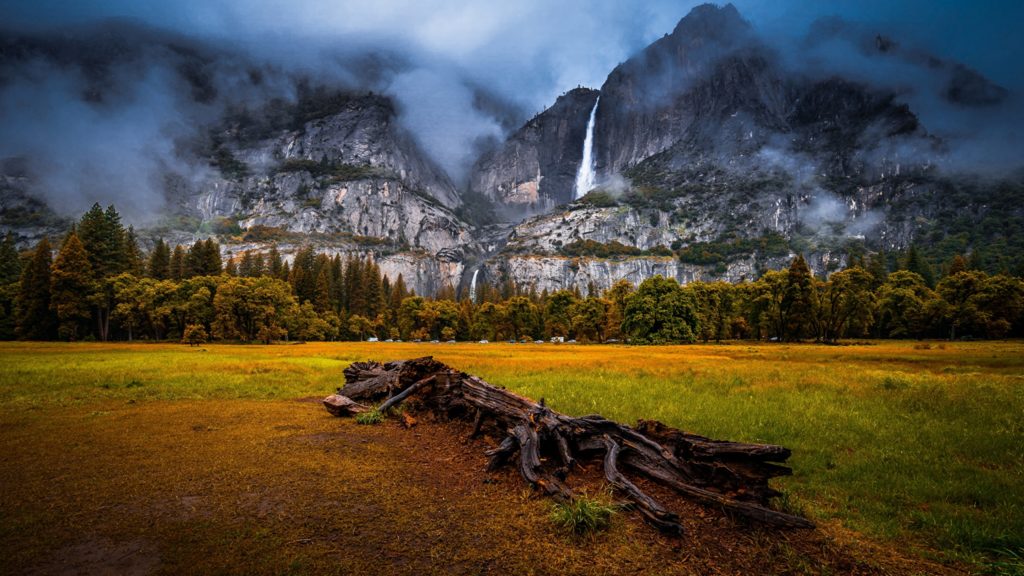 10. Yosemite Valley, USA The top most beautiful places opens a truly heavenly place on earth – the most picturesque valley of glacial origin in the state of California. The mountainous terrain of the valley is adorned with an abundance of crystal waterfalls, clear lakes and lush vegetation. There are plenty of hotels, campgrounds and other amenities for tourists in the vast territory of the valley. 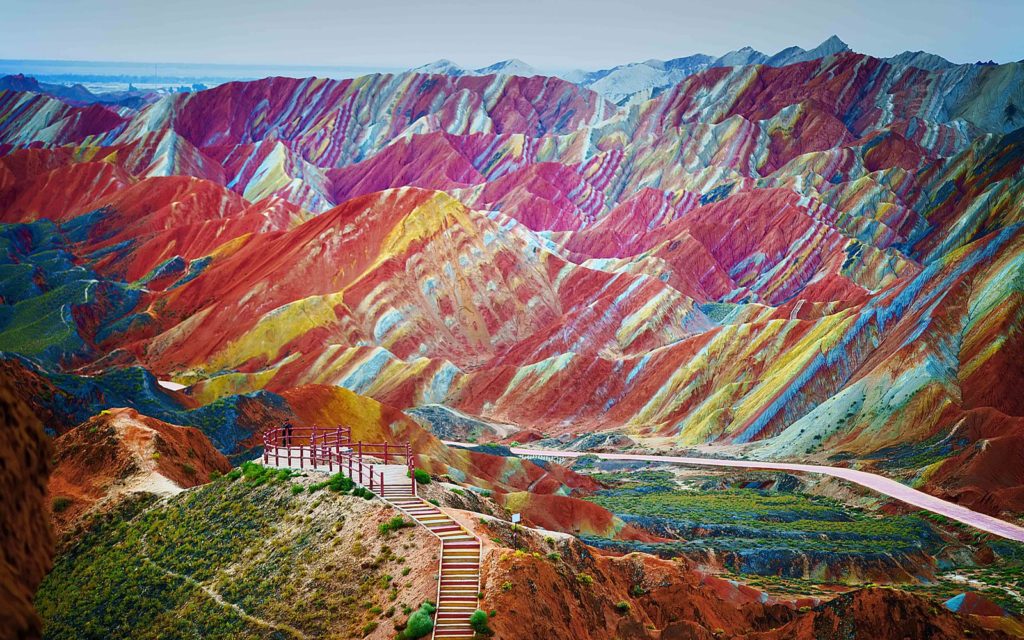 9. Zhangye Dangxia Color Rocks, China A geological park in China’s Gansu province is known for an unusual natural treasure – colorful rock formations of colorful sandstone rocks and conglomerates dating mostly to the Cretaceous period. About a hundred million years ago, the site of the mountains was a natural basin that later dried up and its sediment oxidized, taking on an unusually beautiful mottled color. 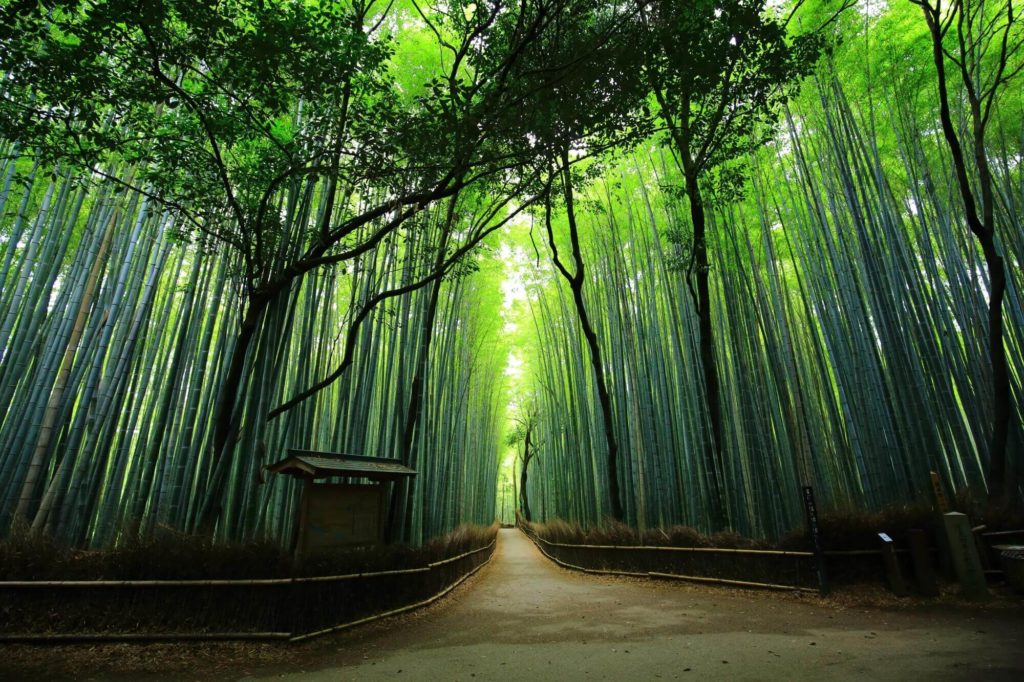 8. Bamboo Forest, Japan In the heart of Kyoto’s urban landscape is a picturesque corner of nature – a dense bamboo grove consisting of countless bamboo trees. There is plenty of room to roam, so the forest has become a favorite resting place for citizens and visitors. At nightfall, the park is illuminated by hundreds of small lanterns and fascinates with its fabulous view. 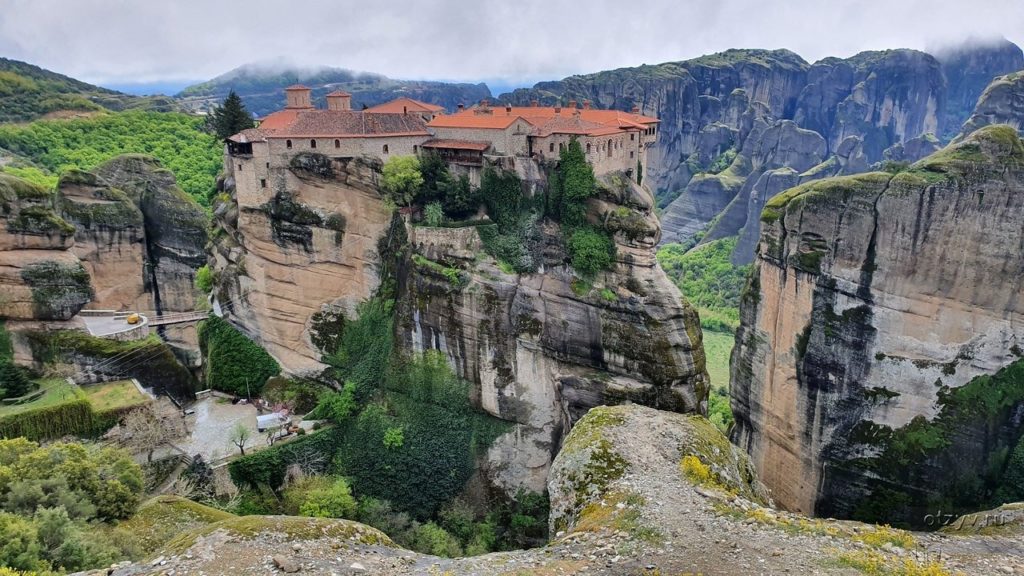 7. Meteora Monastery Complex, Greece Unique monasteries literally grow out of the rock, crowning the tops of the cliffs. The cliffs themselves are part of the ancient mountain system of Thessaly, located in the historic region of Greece. About 60 million years ago there was a sea on the site of the rocks, and today Meteora is one of the most valuable and sacred sites in terms of Christian religion.

READ
Rovaniemi, Finland - a trip to the fairy tale 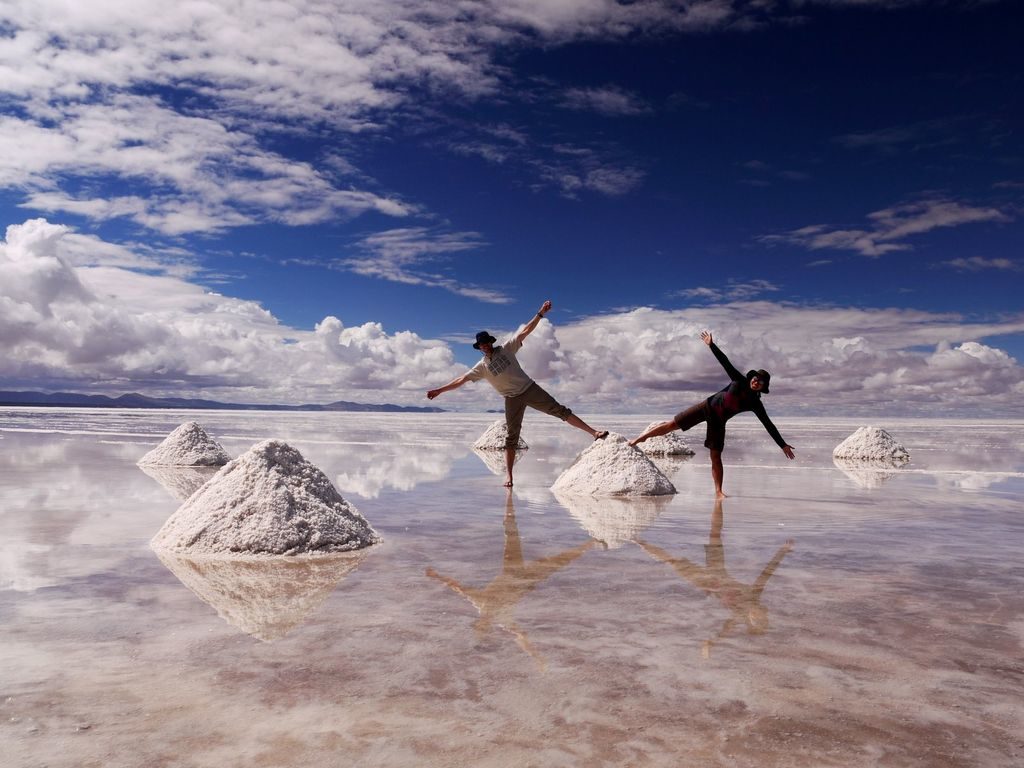 6. Salar de Uni, Bolivia To the south of the high mountain desert, on the Altipano Plateau, was once a salt lake. Later it dried up, exposing its salty bottom. The thickness of the salt layer is from 2 to 8 meters, and during the rainy season, when the surface of this layer is covered by a layer of water, Yuni salt marsh becomes like a giant mirror: the smoothness of the lake merges with the blue of the sky, and the surrounding landscapes take on a truly unearthly beauty. 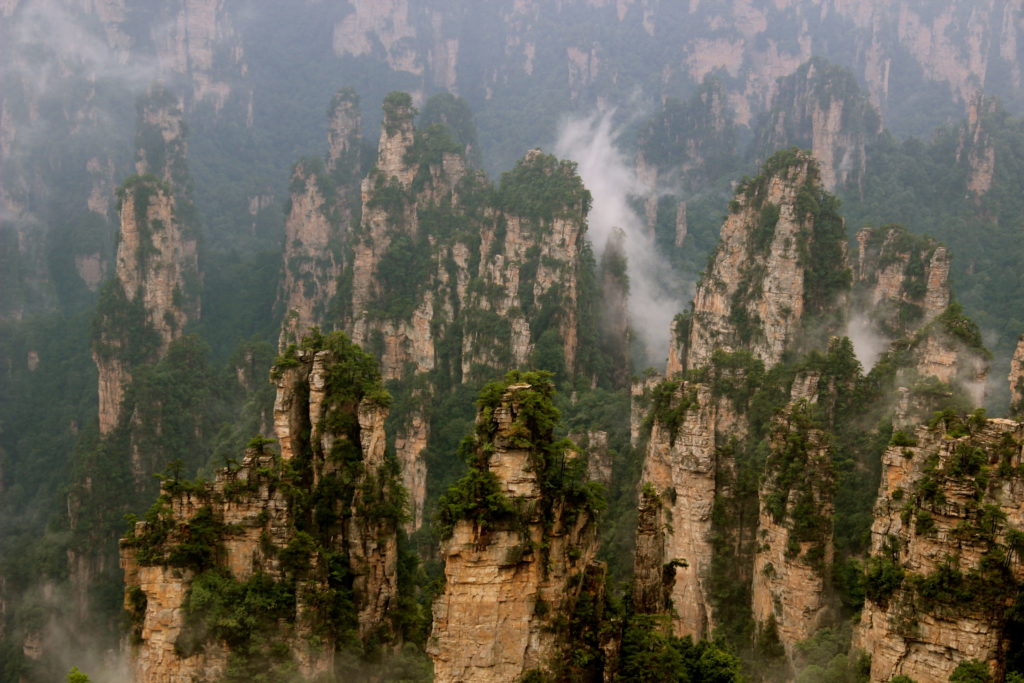 5. When you wonder what is the most beautiful place in the world, many travelers opt for one of China’s natural parks, Zhanjiajie. On its territory are “soaring” mountains. It is these landscapes that became the prototype of the landscapes in the world-famous film Avatar. The mist-cloaked mountain peaks against the green abyss make a truly stunning impression. 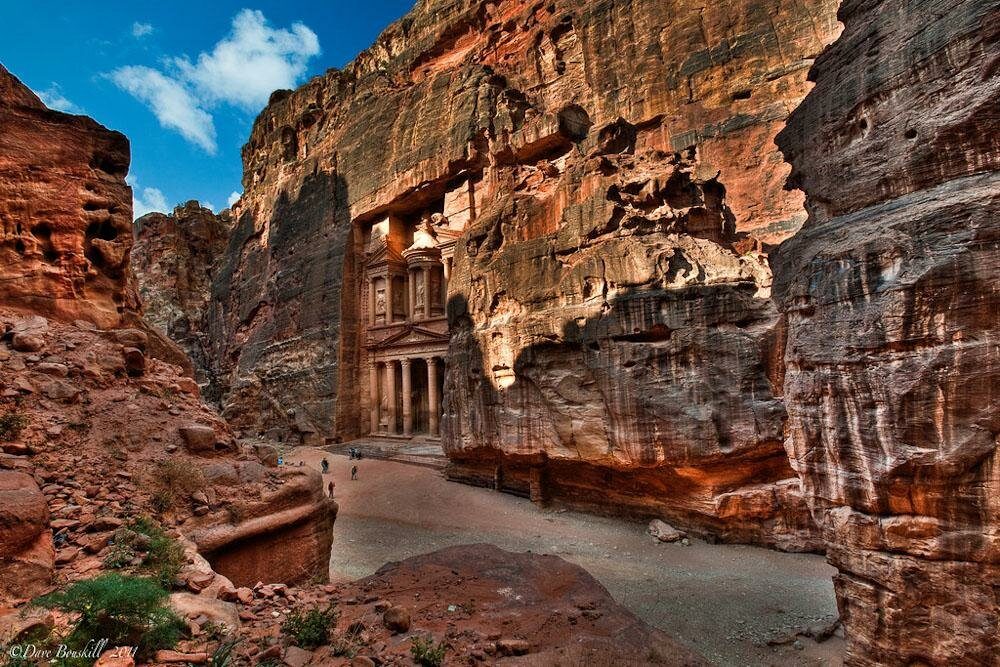 4. One of the Seven New Wonders of the World is located in Jordan, the ancient city of Petra, whose history goes back nearly three millennia. The city, the name of which comes from the word “rock”, is indeed carved entirely out of rock. Numerous temples, colonnades, tombs, baths and much more skillfully hollowed out in the rock – there are more than eight hundred historical monuments. 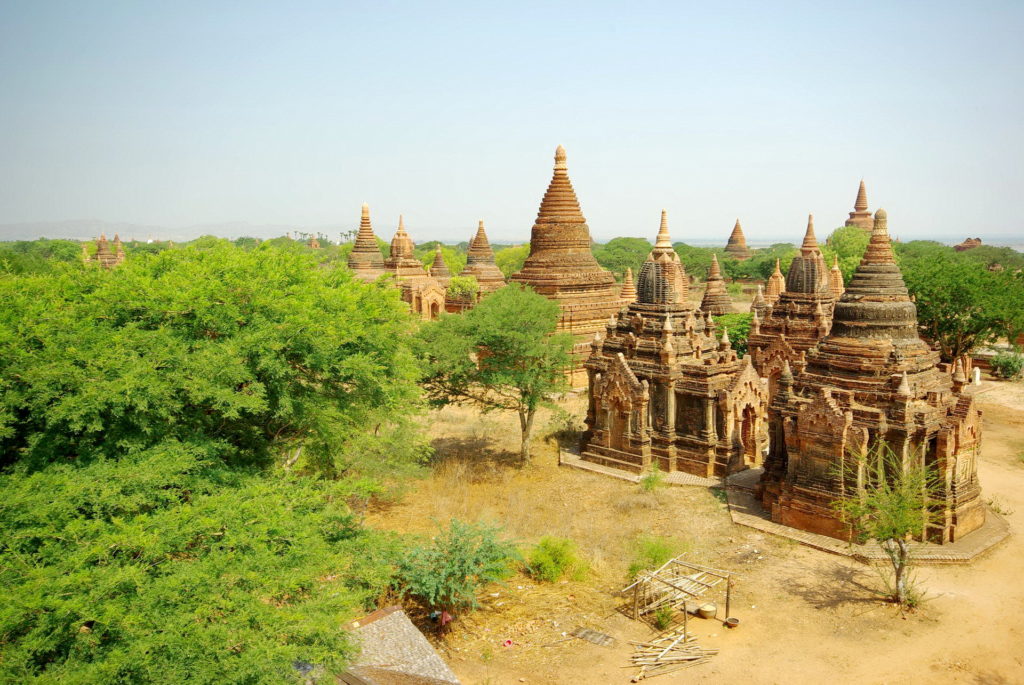 3. Bagan, Myanmar The Valley of a Thousand Pagodas is one of Myanmar’s famous historical sites. There are thousands of Buddhist, and not only, temples spread out over an area of only about 4 square kilometers. It is a priceless archaeological area with thousands of centuries-old historical structures, many of which are richly decorated with gold and other precious materials. 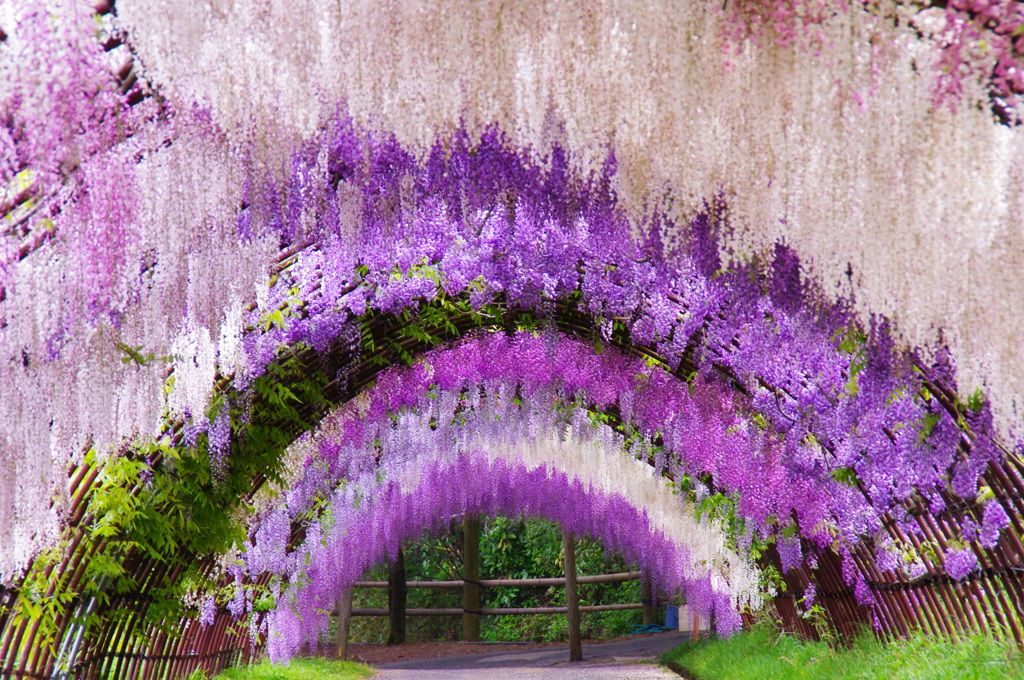 2. Kawachi Fuji Garden, Japan Not far from Tokyo there is an extraordinary fairy-tale garden drowned in millions of flowers in all shades of the rainbow. This is a common flower in Japan – wisteria, which lianas wreaths hang from specially constructed skeletons. Stunning waterfalls of flowers flow from above, forming a colorful, fragrant tunnel. In addition to wisteria, a host of other vibrant but more familiar flowers can be found in the garden. 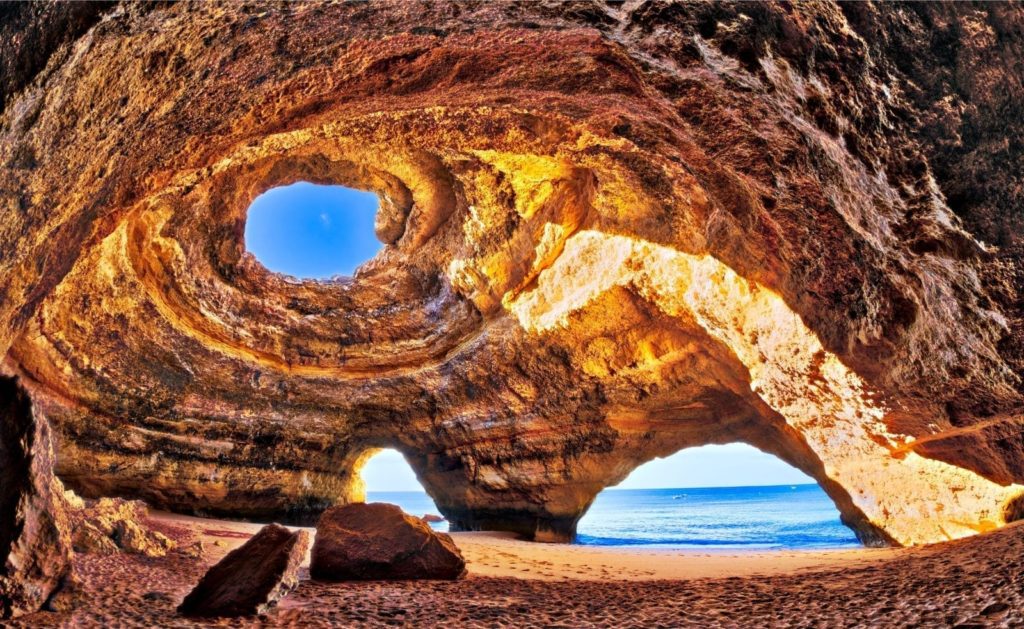 1. Sea Cave in the Algarve, Portugal One of nature’s most evocative creations is near Portugal’s popular Praia de Benagil beach. The amazingly shaped cave was formed by natural processes – the impact of water and wind on the rocky rock. Regular cruises to the cave are organized by boat, speedboat or mini rowing boat, a kayak, through the azure waters of the sea.