The Sun Wanderer sculpture in Reykjavik

Walking along the waterfront in downtown Reykjavik, it’s impossible to pass by without noticing it – a marvelous metal ship. Many people think that the monument depicts a drakkar and is dedicated to the Icelandic ancestors, the Vikings. But it is not. The sun wanderer in Reykjavik is not about the past, but about the future. According to the idea of the author, Icelandic artist Jon Gunnar Arnason, the sculpture symbolizes the desire for a dream, the endless movement towards the sun and the hope of discovering new lands.

The image of the “Solar Ship” (Sólfar in Icelandic), as the sculpture is originally called, occurred to Arnason during a sea expedition to Finland. In 1986, an artist competition was announced in Reykjavik to choose the idea for a sculpture to celebrate the city’s 200th anniversary. Arnarson presented a model of the “Sunny Wanderer” and won. But he never saw the realization of his idea on a large scale – he died of cancer a year before the sculpture opened in August 1990. The artist made the sketches and the model of Solfar while already sick with leukemia, but managed to put a very positive message into his creation.

The design of the ship looks very minimalistic and at the same time unusual. The four-meter long metal figure stands on a granite circle in the center of a small pier. The sculpture is made entirely of stainless steel – its mirrored surface bounces sunlight, creating illusions and changing the look of the ship, depending on the time of day. The shape is also unusual – sketchy, like a quick sketch with no traced details. And that makes sense, too – the artist wanted everyone to “finish” the image in their head, to imagine something of their own, personal, mentally sailed on this ship to their dreams. The metal ship does not exist by itself – it should be perceived only in conjunction with the sea, air, sun and thoughts of a spectator. Jon Gunnar Arnason generally did not like simple interpretations and put a special meaning in his work.

READ
The world's best and most expensive hotels for honeymoons 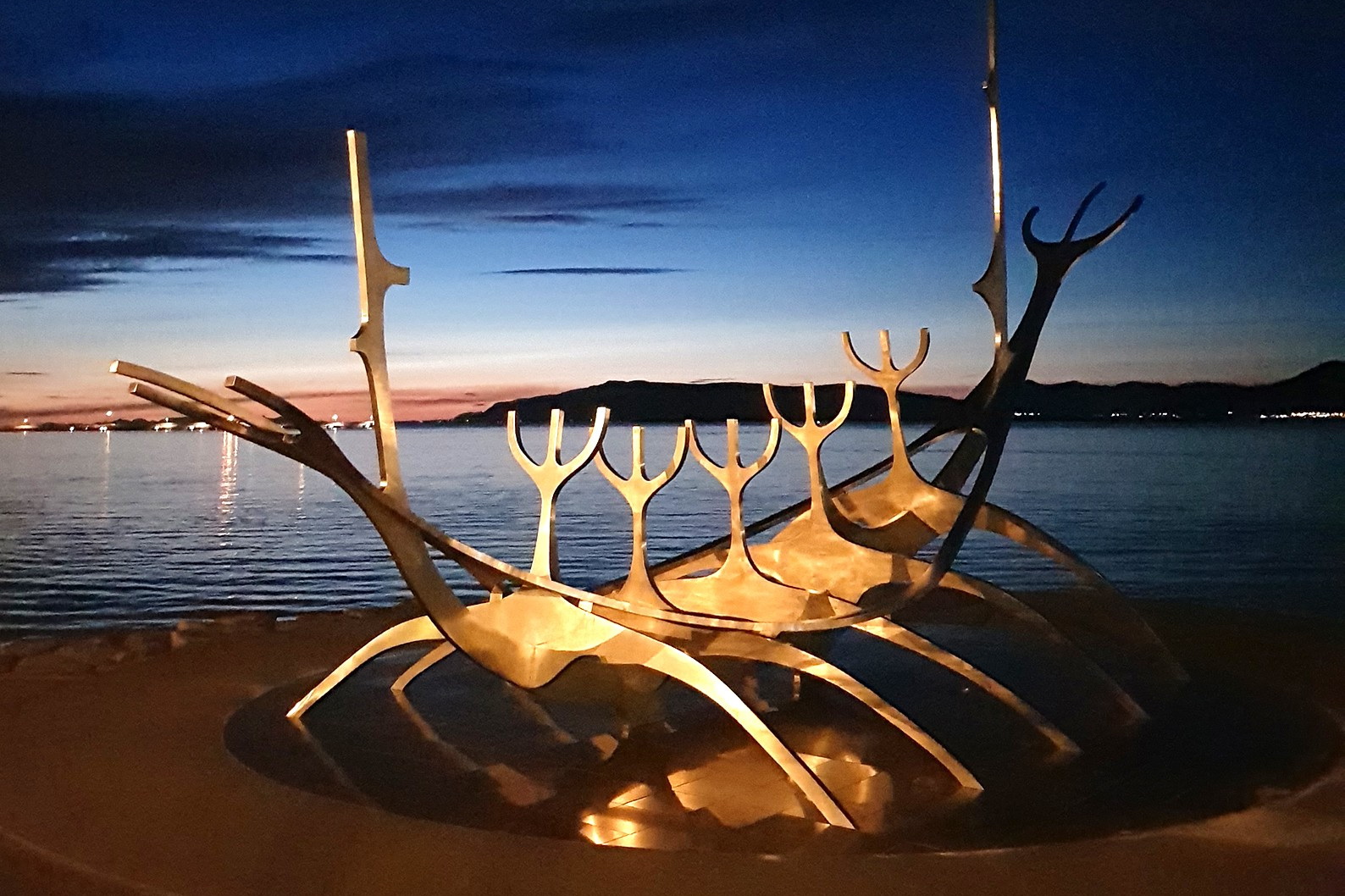 The best time to visit the Sunvoyager

If you want to catch the attraction without the crowds of tourists, come here early in the morning. But to see the ship at its best, wait until sunset, when the sky turns orange, yellow, and pink, all reflected in the surface of the Solfair. Nature “finishes” the sculpture, each time in a new way. Stand against the setting sun, and get an equally spectacular picture – a dark silhouette of a ship against a watercolor sky. You can linger at the Voyager for a few minutes to take selfies, or sit on a bench and admire the landscape for a long time. Just don’t forget that it’s often windy and chilly in Reykjavik, especially by the sea. 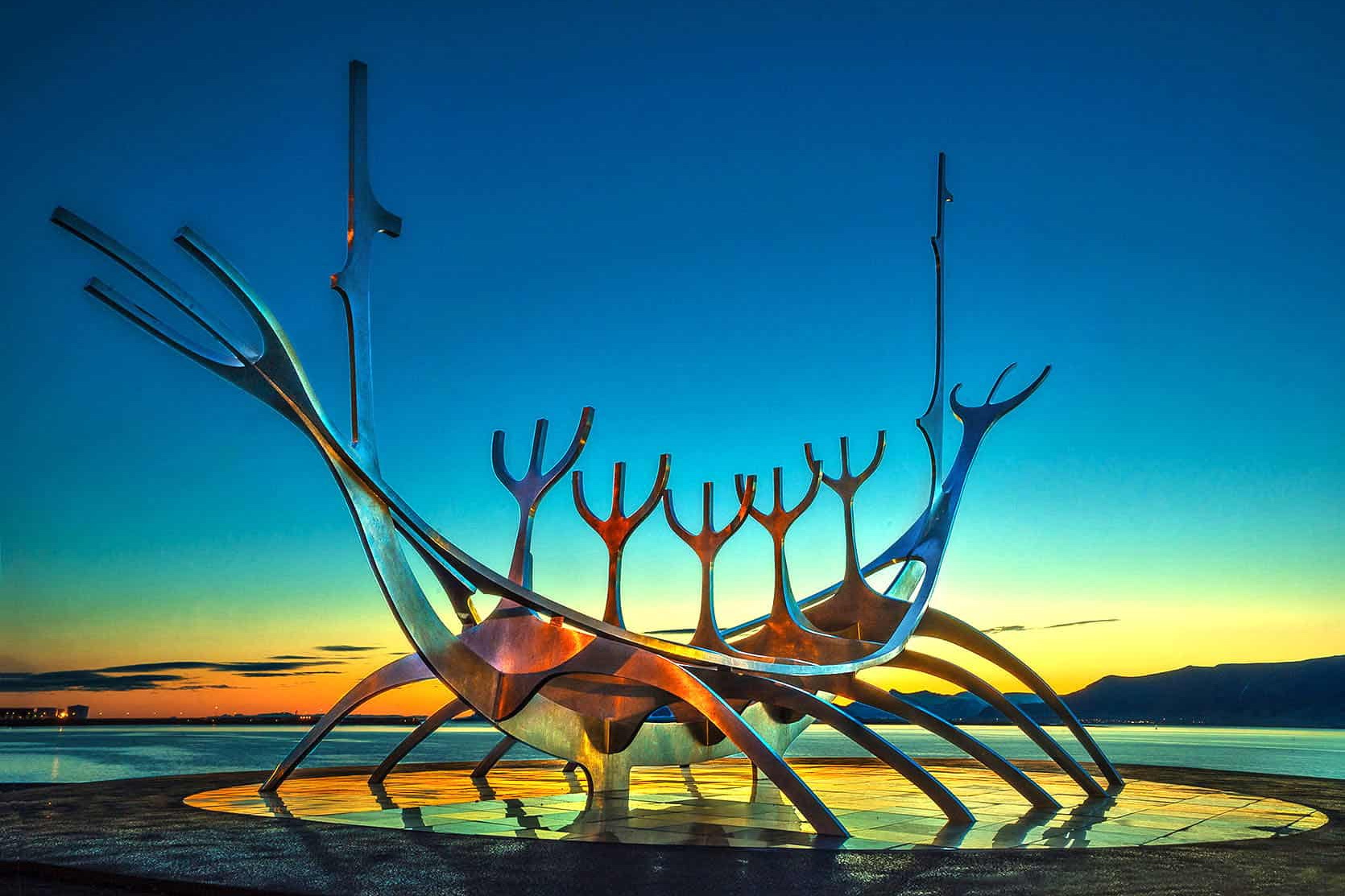 If the Sunvoyager in Iceland has captured your heart, you can take away not only the photos, but also a scaled-down metal copy. You can buy the souvenir in many stores in Reykjavik, see the list of official representatives.

How to get to the Sun Wanderer sculpture in Reykjavik

The sculpture is located on the waterfront in the central district of Reykjavik Hlemmur, not far from the Old Harbor. On one side, a 7-12 minute walk is Harpa and the Kolaportid flea market, on the opposite side is the Hövdi House. The best way to get here from the main streets is on foot. The city’s number 3 bus can be taken from outlying areas. The nearest stop is a two minute walk.

Elena Soromitko Author of the article

Songs of the icy country always sound equally piercing and powerful: the shimmering northern lights, wet vapors of almost boiling lakes, the beauty and sculptural sharpness of the lines of temple buildings. Iceland seems to be woven from rich green ribbons of fleshy greenery, from delicate bluish threads woven into powerful water arteries, from the gray monolith of heavy stone, of which the ancient masonry is composed – powerful foundations.

READ
Spain: A traveler's choice. Its history and main attractions. 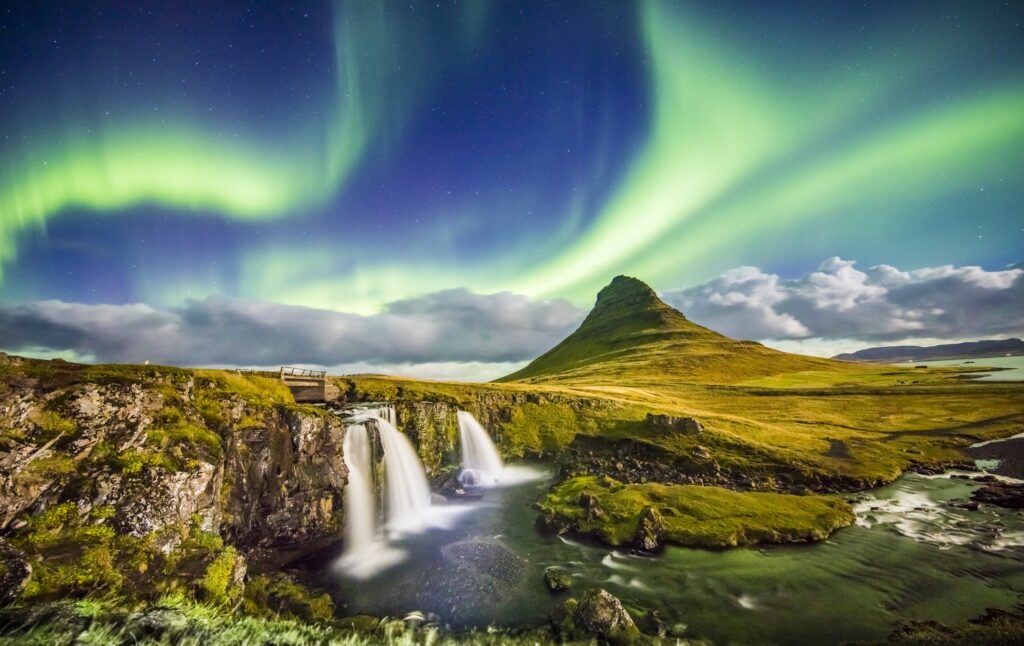 Iceland is a vast trapper of dreams and souls with its capital in Reykjavik, whose humming streets echo many times. And as a manifestation – the personification of those very icy songs – Hatlgrimskirkja Cathedral. And involuntarily there are doubts: whether there is a place for the temple of the Lord in this colossal white building, so rudely stands out for its blatant futuristic against the background of other Lutheran, and any other churches of the Old World? Location. This is exactly what one of the symbols of such a country should look like: uncompromising and blindingly bright. 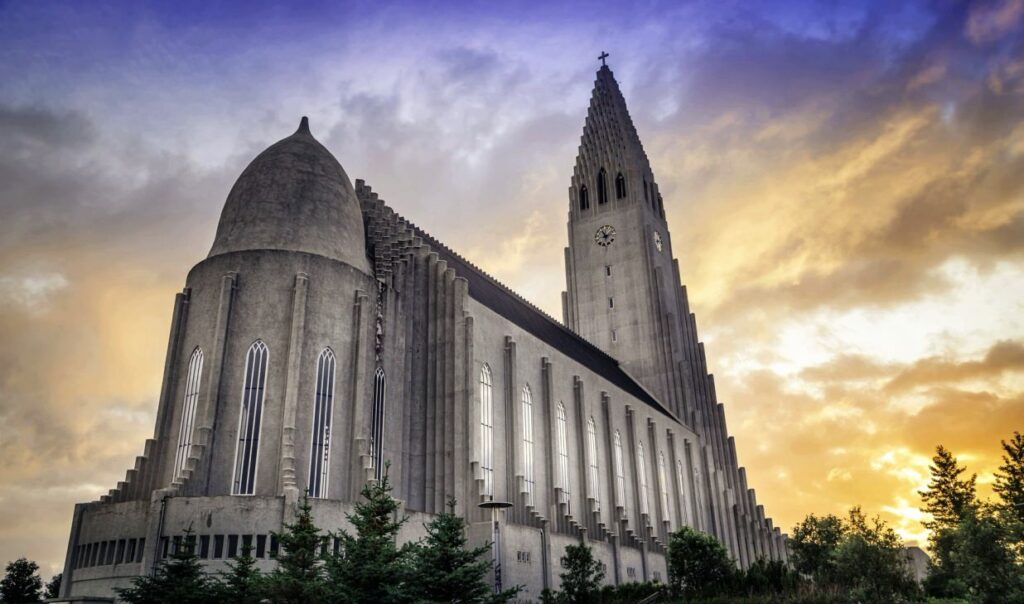 Not surprisingly, even at the draft planning stage, the Hatlgrímskirkja church caused culture shock among most convinced believers and sacred awe among Tolkien fans who recognized in the cathedral’s graceful forms a tower dear to tears. The brilliant (no doubt about it) author Goodyear Samuelson did not share the latter’s views and stoically ignored those who saw the future cathedral building as a giant stalactite, continuing to insist that the cathedral must be and be like a volcanic eruption. Except that the torrents of lava should not scorch the earth, but rise up, rise into the overcast sky and freeze there. The conception is inherently beautiful, and the execution is just as magnificent.

The basalt “wings” of Hatlgrímskirkja stand firmly on the stronghold, and as if in counterbalance powerful peals of organ music tend upwards – to the vaults, freeze there and fall down on the heads of congregation members. Clean lines flow down the walls and merge into a flow – the organ, the mechanical heart of the Cathedral of Hatlgrimskirkja, makes everyone who enters these walls freeze. Freeze and look around.

This desire for a dream (and Iceland is surprisingly suggestive of wrap-around), for something immutable, but even more elusive, seeps further, crawling through the streets of the old city and concentrating between the two “shores”. Beyond one begins the glittering monolith of the sea, on the other the footprints of Marlene Dietrich’s graceful feet, Churchill’s heavy footsteps and the leaders bound by the Cold War. 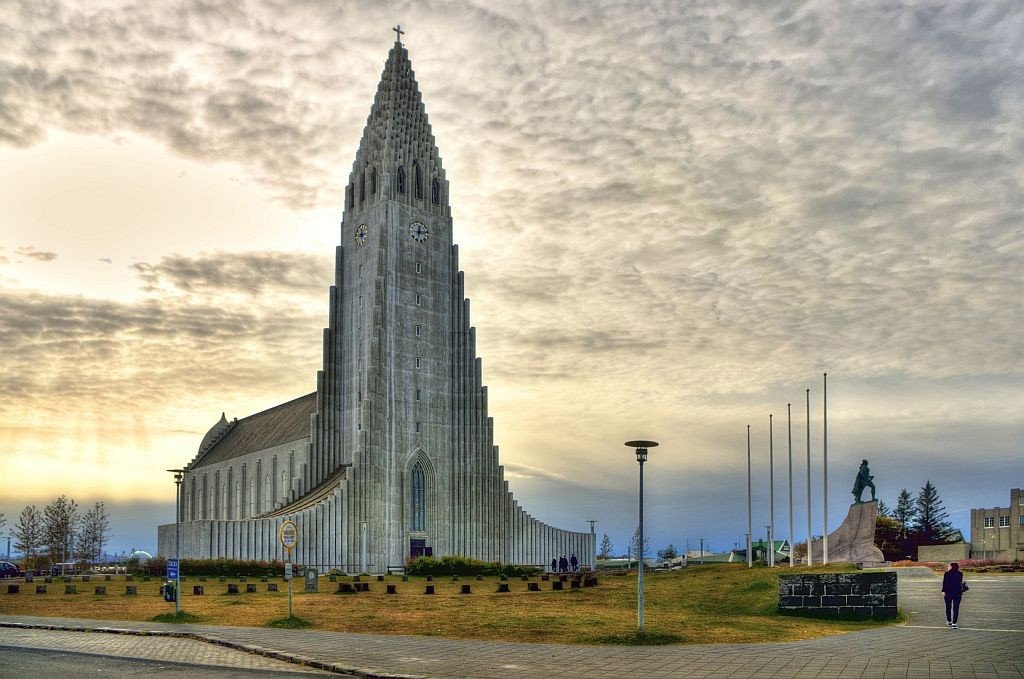 “Sun Wanderer” adopts a futuristic feel – the sculpture has an extremely light frame, the coldness of its lines punctuated by all the same piercing. It’s hard to say why this is so. The first time you look at it, you remember rather axes and Vikings, and the Sun Wanderer itself – the hulk of a once beautiful ship. 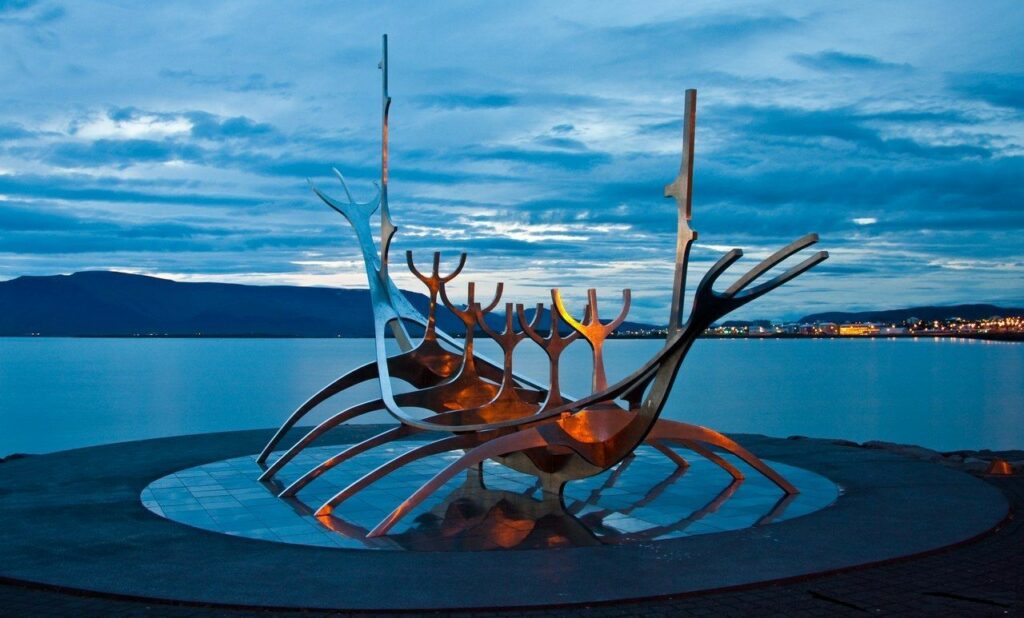 But there has to be something else, right? Something deeper and somewhat tragic. This depth and tragedy came from the author of this sculpture, Jon Gunnar. The man by the breadth of his vision has always strived somewhere beyond the horizon – but that with his thoughts, his body was failing him. Jon Gunnar did not see his creation with his own eyes – he had been devoured by leukemia the year before. The body died, but the “sun wanderer” did not. All the hopeless hope – as sad as it sounds – of this man became the framework of the “sun traveler” and one of the manifestations of Iceland in its purest form. 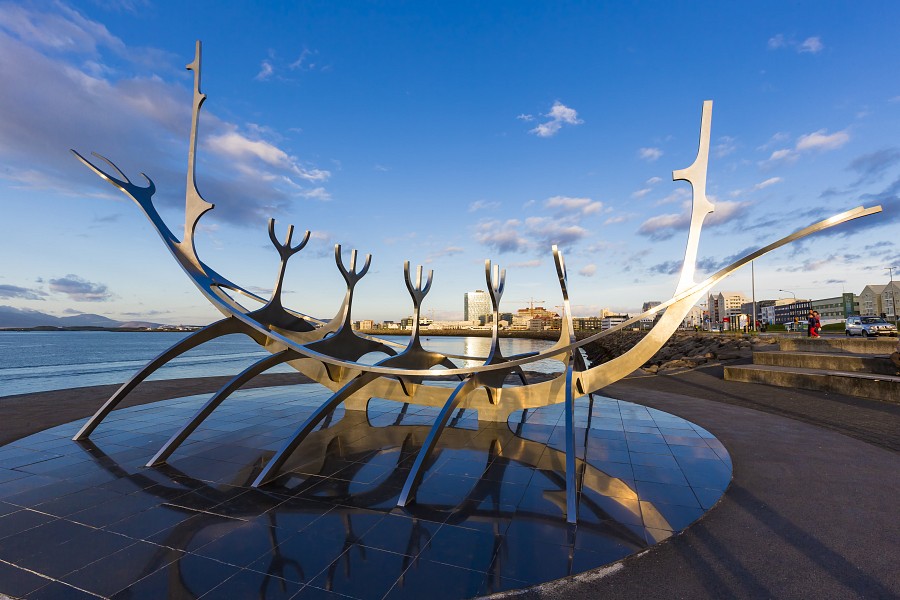