The 10 most dangerous volcanoes in the world

Volcanoes are geological formations on the surface of the Earth’s crust. From time to time magma comes out of the bowels, forming lava, volcanic gases and rocks. Of course, all living things in the immediate vicinity are in great danger.

Currently there are about 900 active volcanoes in the world. Volcanic eruptions are emergencies and often lead to natural disasters. Even now, scientists cannot predict the exact date, although in most cases even this will not help. For example, evacuating a city of millions of people is a difficult and sometimes impossible task.

If you are interested in this topic, check out our rating of the most dangerous volcanoes in the world. 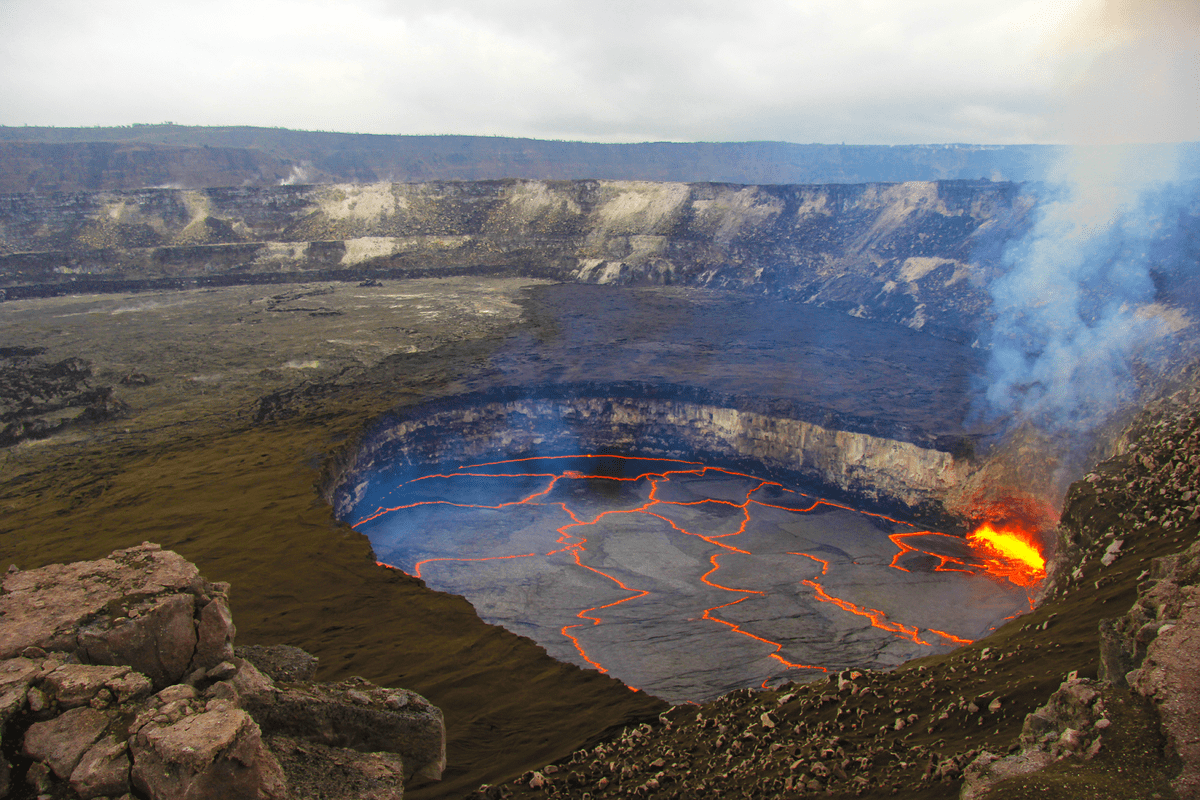 The youngest and most active active volcano on Earth. Its age is 25 thousand years. Two years ago ended another eruption, which lasted 35 years, but volcanologists believe that it never falls asleep at all. A sluggish eruption is its normal state.

Kilauea is located in southeastern Hawaii and is part of Hawaii Volcano National Park. Crowds of tourists come here every day. Their only goal is to see the volcanic eruption with their own eyes. The park is equipped with observation decks, so you can enjoy this unique phenomenon and the scenic beauty of the area without risking your life.

True, you have to be very brave to dare to do such a thing. For example, in 2018, the volcano destroyed the village of Kapoho, managed to get away without serious casualties. In 1980, it was much sadder, killing several dozen people. 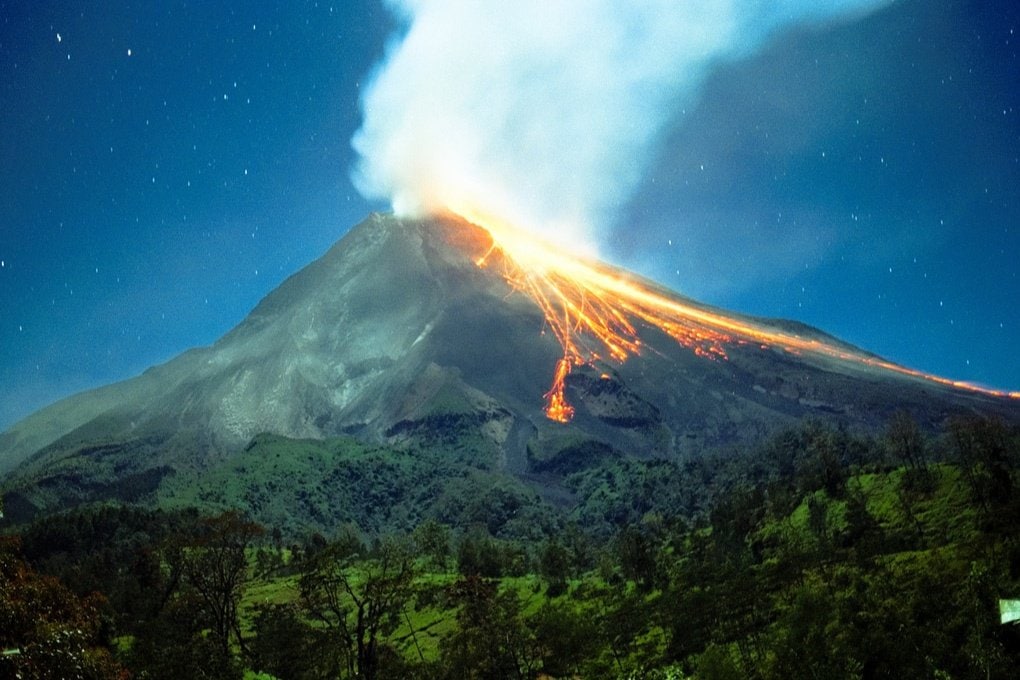 Volcano is the most active in Indonesia. Located on the island of Java. Its exact age is unknown, but its activity in this area began over 400 thousand years ago. During its existence Merapi has brought a lot of grief. In 1006 it completely destroyed the state of Mataram. Dead people and destroyed villages – these are the consequences of large eruptions, and they occur every seven years.

In the spring of 2020 the volcano was active again, this time at a low level. It threw out a column of ash 5,000 meters high. Experts reassured residents of nearby cities and advised not to approach the crater closer than 3 kilometers. 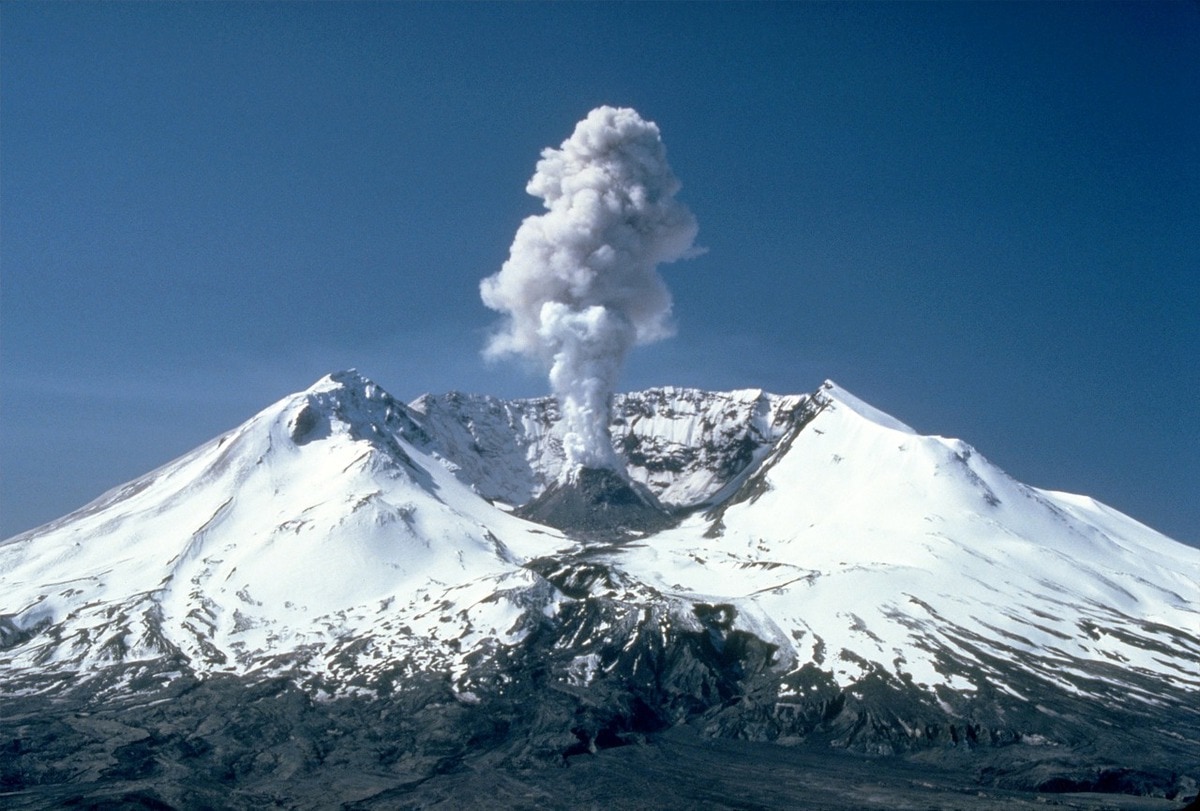 The location of the Cascade Mountains volcano (Skamania County, Washington). It is part of the Pacific Ring of Fire. It is 40 thousand years old.

St. Helens became famous all over the world in 1980. About the eruption of the volcano was known in advance. Of course, no one could give the exact date, but the evacuation was carried out in advance. But the number of victims – 57 people – shows that scientists underestimated the scale of the catastrophe. Not only people died, but also a huge number of animals – about 7 thousand large ones and countless small ones. Damage from the devastation was estimated at one billion dollars. Homes, miles of highways and railroads, and bridges were all buried under a mixture of lava and ash. St. Helens is asleep now, but is sure to prove itself more than once more. We can only hope that next time people will have time to prepare for disaster. 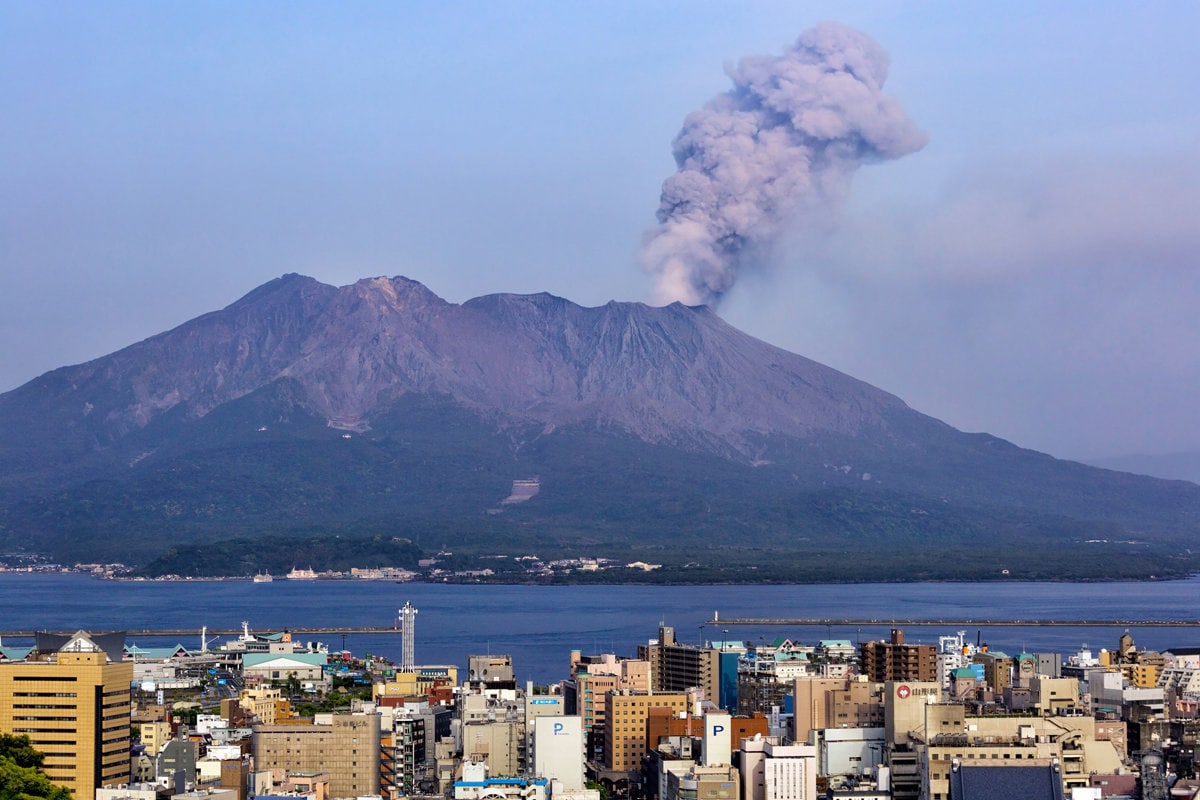 Stratovolcano is located on the Osumi Peninsula. It appeared relatively recently – about 13 thousand years ago, during the last 65 years it has been active (since 1955). For example, in 2013, more than 1,097 small eruptions were recorded. In 1914, the largest eruption occurred, after which the Osumi Peninsula became a peninsula. Since then it has been connected to the “big earth” by streams of solidified lava. Fortunately there were no casualties at that time. In 1941, nothing foretold the danger, so people did not have time to evacuate, killing 35 people.

Sakurajima is located in the immediate vicinity of Kagoshima city with a population of more than 680 thousand people. Measures were taken for their safety: the volcano is monitored by webcams, and the city is full of underground shelters where you can hide from the raging Sakurajima.

READ
Isle of Réunion, France: When to go and what to see 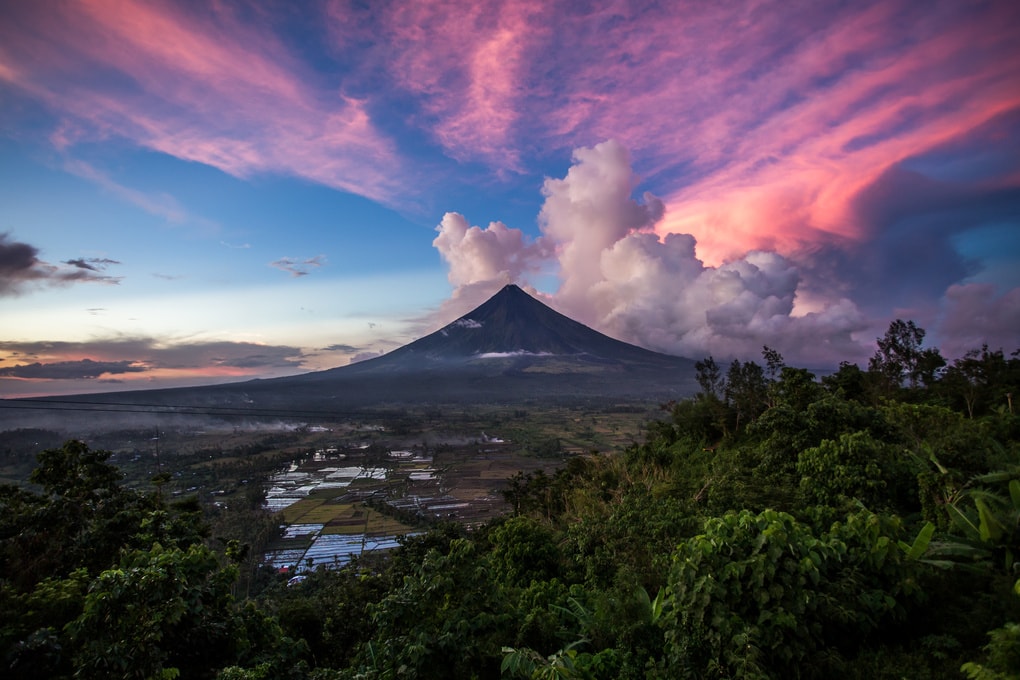 The volcano is located in the southeast of Luzon Island. Its feature – a perfect cone shape, which has not changed even after numerous eruptions, and their last 400 years there were at least 50. And most of them are large, with destructive power. In 1814, it destroyed the town of Kagzawa, a huge number of dead – 1200 people. In 1993, the volcano caused the death of another 79 people.

Recently, periods of quiet eruptions have been replaced by active phases. At the moment it is calm, but back in 2018 it posed a great danger, the evacuation zone was 8 km, casualties were avoided. 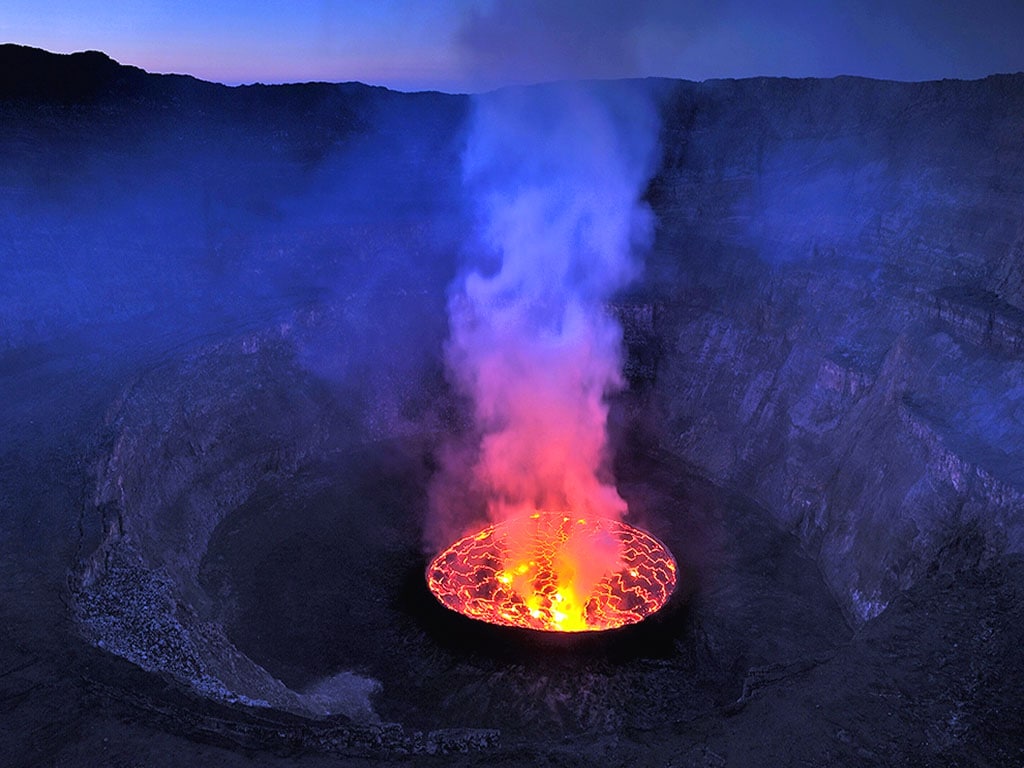 The location is the Virunga Mountains of Africa. In Russian Nyiragongo means “valley of scarlet fire”. Indeed, it is a unique place. The area of the volcano reaches 350 km, inside it there is a “lake” with lava, which has an unusual consistency because of the chemical composition. It is very liquid and if there is a crack in the crater, its speed will be 100 km per hour.

So far, two such cases were recorded (in 1977 and 2002), both ended tragically. Nyiragongo has killed more than one hundred people. 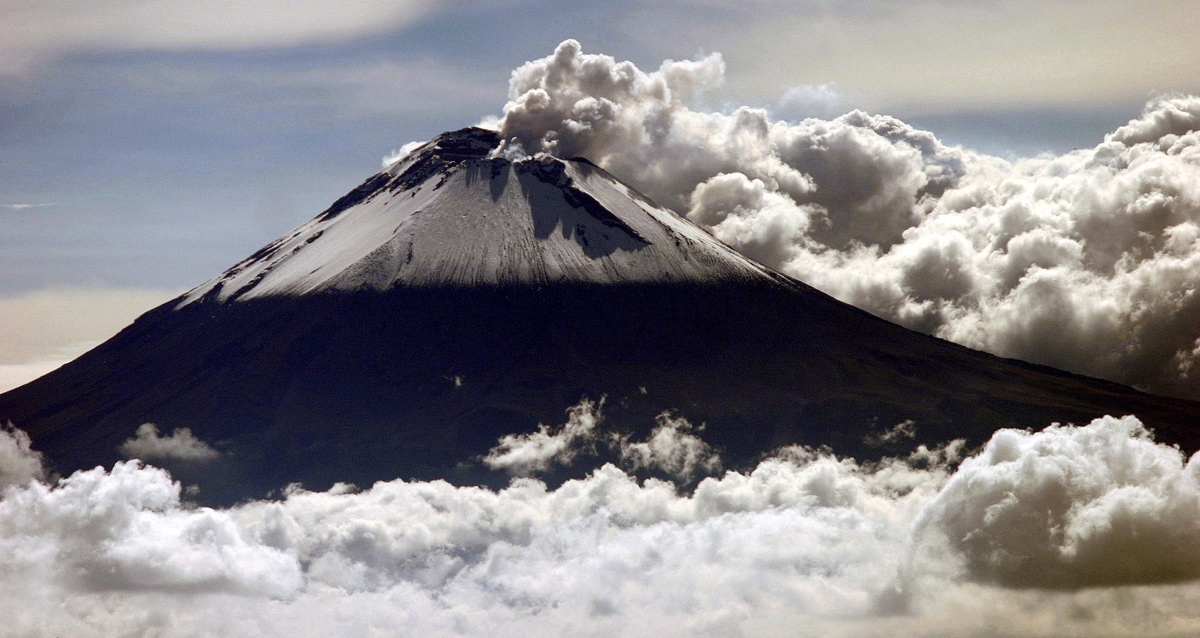 The volcano is considered the most dangerous volcano in the world because there is a very high population density nearby. It is located in close proximity to the urban agglomeration – the states of Puebla. Its eruptions pose a danger to at least 1 million people.

The last eruption occurred in early 2020, evacuation was not required, but Popocatépetl has caused a lot of inconvenience to residents in the form of regular release of volcanic ash.

Things were not so rosy in 2017. Then the volcano showed its activity in the middle of the working day, and a strong earthquake began. Hundreds of people were trapped under the rubble. There were 273 victims of Popocatépetl. 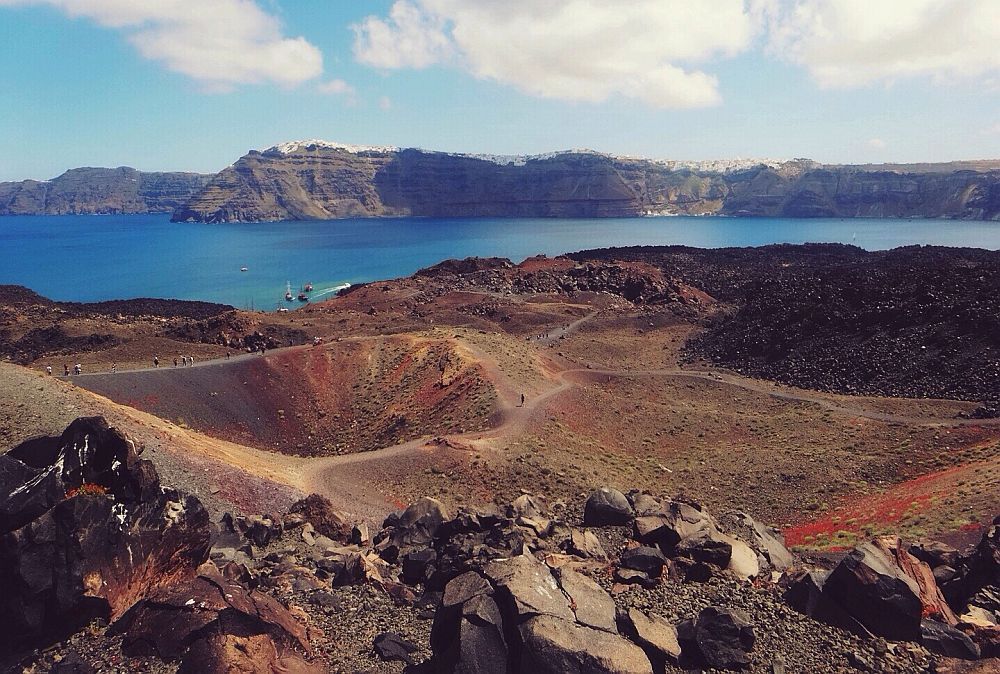 All that reminds of Santorin Volcano is the island of Tira, which is the eastern edge of the ancient crater, drowned 2 thousand years ago BC. about the exact date we can not speak, but geologists believe that the eruption was very powerful. It has been compared to the explosion of several hundred atomic bombs.

Santorin destroyed the Cretan-Minoan civilization. This eruption is reflected in religion and literature. It is true that it is now unclear which events really took place and which are just the fiction of the authors. 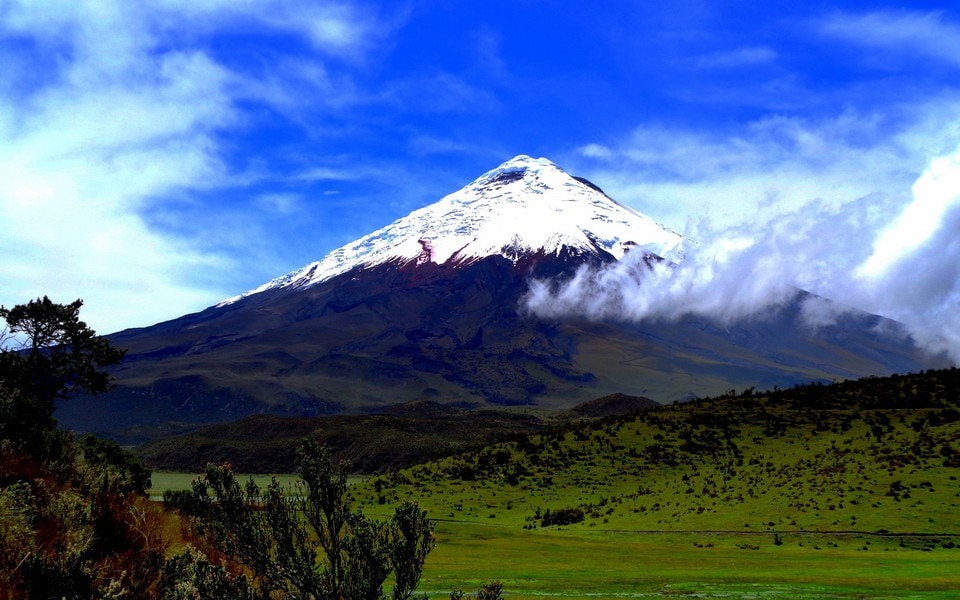 An active volcano, the highest in the country. It erupts with varying frequency, with more than 50 recorded since 1738. The most destructive was the eruption of 1768. Kotopahi destroyed the town of Latakunga and all the settlements nearby. In 1877 the volcano erupted for the penultimate time. 140 years of sleep, and in 2015 it reminded itself again. The situation is complicated by the fact that at a distance of 50 km from Cotopaxa is the capital of Ecuador, Quito. A yellow danger level was declared, no one was hurt. 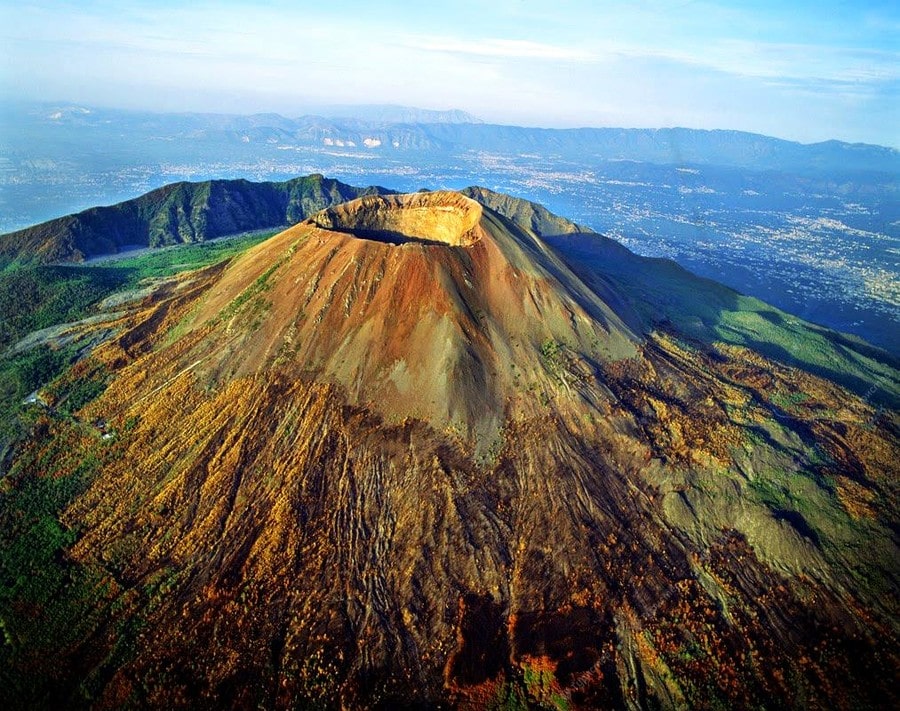 The legendary Vesuvius is located 15 km from Naples. It is the only active volcano in continental Europe. It has more than 80 eruptions that went down in history. It destroyed Pompeii and other ancient Roman cities. These events have long been considered fictitious, but thanks to excavations have been able to confirm their veracity. The last major eruption occurred in the midst of World War II – 1944. The consequences – significant destruction and a small number of victims (27 people).

At the moment, volcanologists talk about the weak fumaronic activity of Vesuvius. It is a post-volcanic phenomenon, which often indicates attenuation.