The sights of the city of Strasbourg.

Strasbourg is one of the capitals of the European Union, along with Brussels and Luxembourg. It is home to the Central Commission for the Navigation of the Rhine, the Council of Europe, the International Institute of Human Rights and the European Parliament.

The unique city is on the border between France and Germany. Here you will find the French love of well-being and life, as well as the German sense of order. What’s more, you can taste the best Christmas gingerbread in the world here.

Strasbourg was once a free city of the Holy Roman Empire and functioned as a crossroads of trade routes or an important crossing of the Rhine. Important personalities were also harbored here. In the 15th century, it was Johannes Gutenberg who made one of his first book prints here. Another famous person was the German poet Johann Wolfgang Goethe. 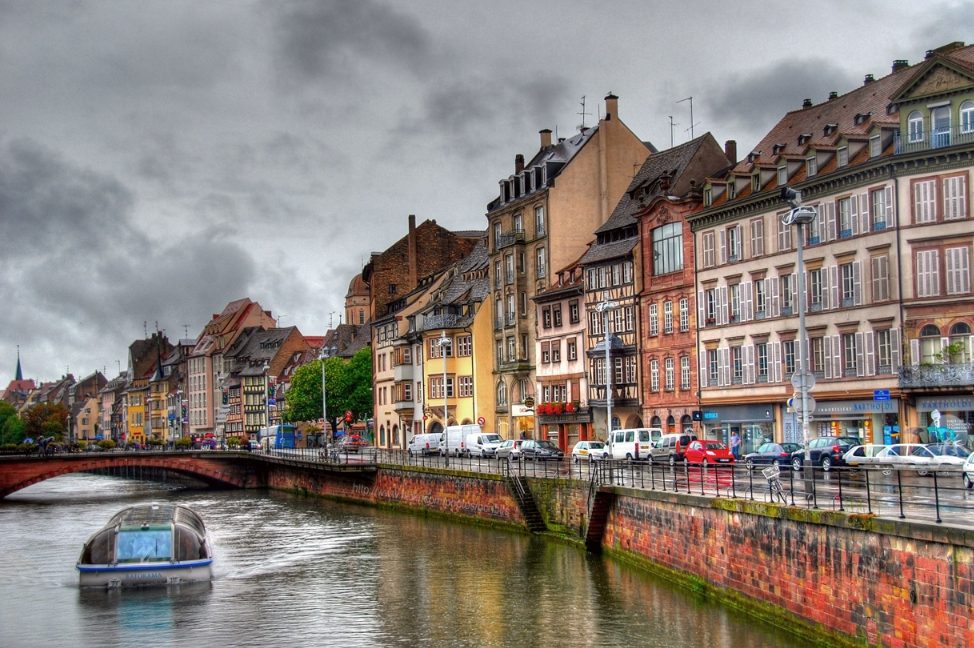 The city still retains its great importance in France and thus in all of Europe. Nevertheless, it has a lot to offer in terms of history and interesting buildings. Along the riverbank stand log houses from the 16th century. A couple of burgher half-timbered houses date back to the 17th century. There are also treasures such as the Gothic cathedral or Rohan Castle .

The famous university was founded here in the 16th century, and two centuries later the future anthem of France, the Marseillaise was born. In its history, the city has belonged alternately to Germany and France. So the influence of both countries is evident.

Getting around the city is very easy. The whole center is located on a small island on the bank of the river Ille. The island is called the Grand Ille and was added to the UNESCO World Heritage List in 1988. 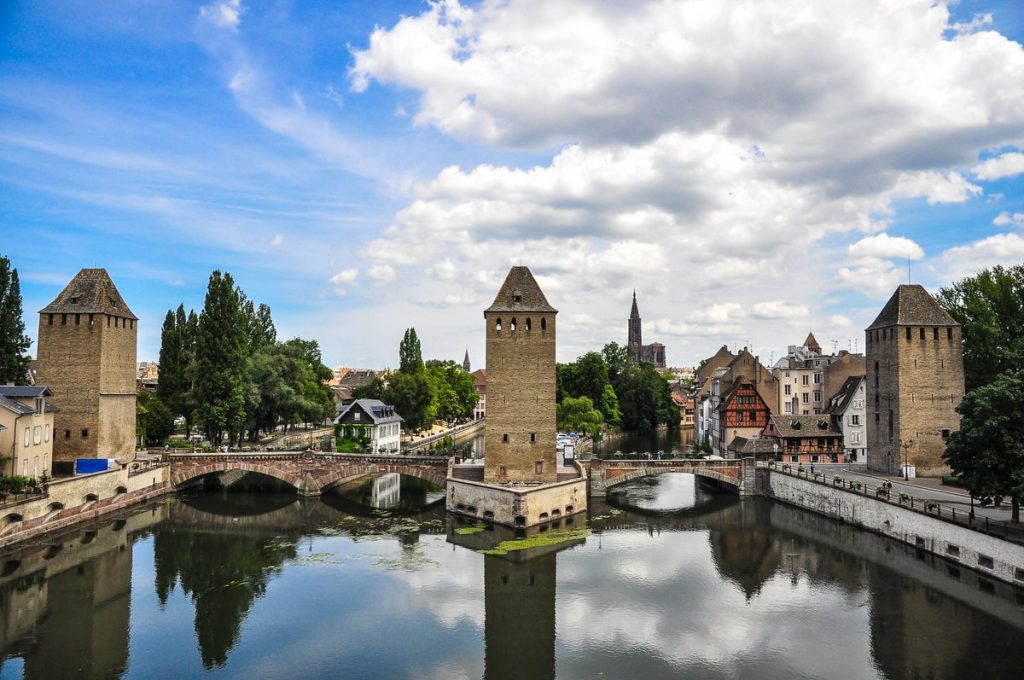 The most famous monument is certainly Notre-Dame de Strasbourg Cathedral which can be seen from several tens of kilometers away. It has a tower height of 142 meters and the height of 66 meters can be climbed by climbing 332 steps. The cathedral dates back to the Gothic period. The cathedral is characterized by its typical lace facade, large supporting columns, eerie gargoyles and colorful stained glass windows. The greatest attraction is the astronomical clock which depicts the four phases of a man or Jesus and his apostles.

The museum quarter and the Rohan Palace are within walking distance of the cathedral. There are three large and famous museums. The most popular is considered to be the Museum of Decorative Arts.

In Strasbourg you will find many different more or less famous streets and neighborhoods . The most popular and famous is Little France, a small but even more beautiful piece of Alsatian paradise. The neighborhood begins at the St. Martin Bridge and leads to the Vauban Dam. The dam was built to protect the city from the big waters. You’ll see many colorful half-timbered houses, narrow streets made for photography, and beautiful corners of the river in the area. 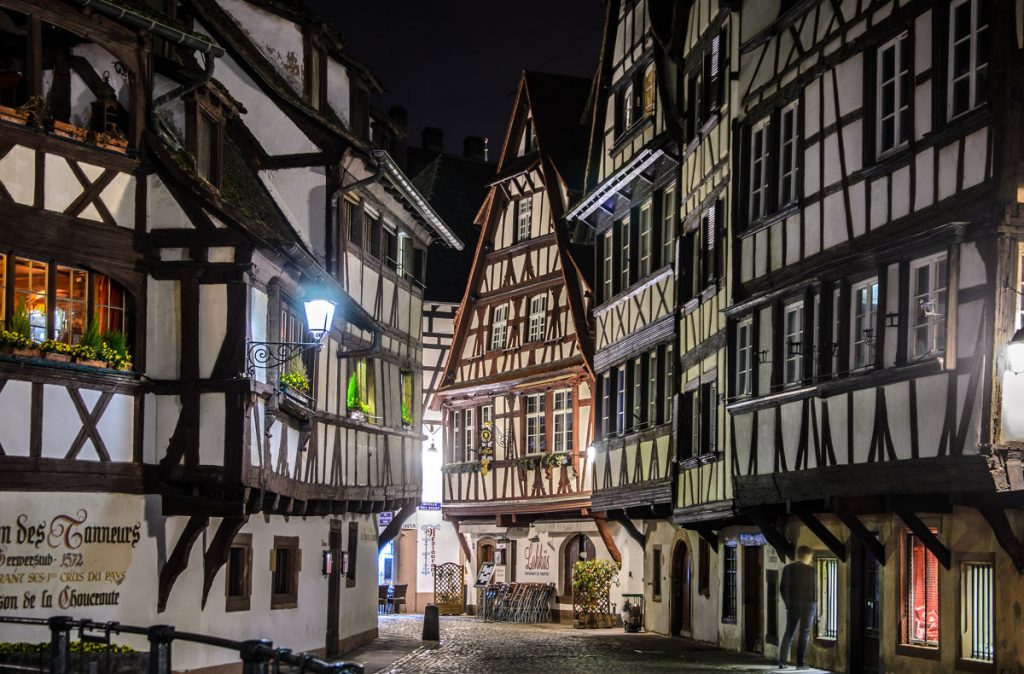 The buildings belonging to the institutions of the European Union are definitely worth mentioning. To the northeast of the center is the European Parliament building. Here you can see a lively discussion of officials from different countries. The headquarters of the Council of Europe and the European Court of Human Rights is nearby.

The Museum of Modern Art (MAMCS) is certainly a very modern building. Connoisseurs of modern art will really enjoy it here. They can admire the works of such masters as Wassily Kandinsky, Pablo Picasso, Claude Monet, René Magritte and Auguste Rodin. Be sure to visit this place. 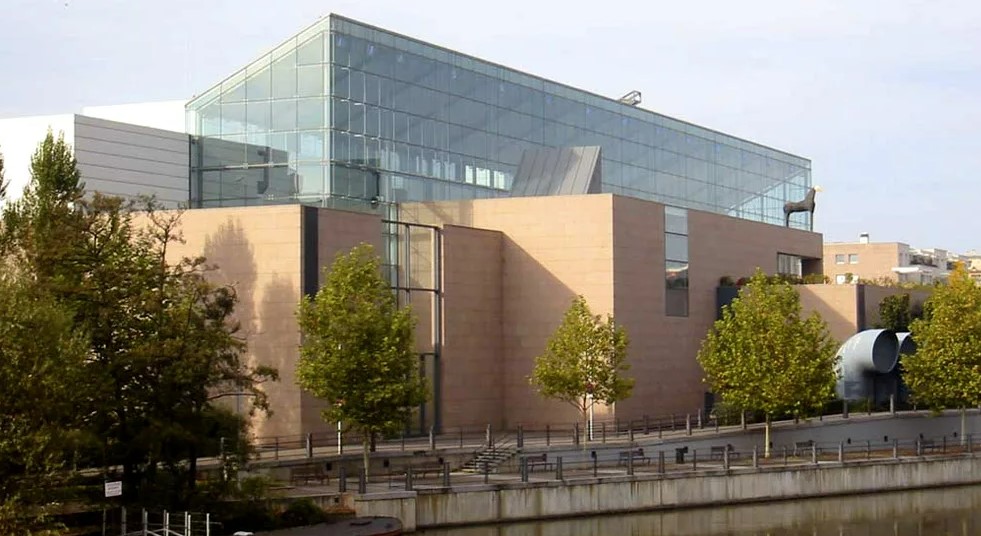 If you want a break from the sights or you’re not that interested, explore life in today’s Strasbourg and head to the popular Krutenau district. It’s definitely the busiest place in the city. It has a lot of students and the whole neighborhood looks like a college town. There are honorable bars, clubs, restaurants, and stores.

If you are thinking about a suitable means of transportation, be sure to choose a bicycle . Many people get around on bicycles here. The city has 400 kilometers of bicycle paths and ranks first in France.

Another thing that makes Strasbourg a great vacation destination is its gastronomic fame . There are two Michelin-starred restaurants in the city. Try the local delicacies and see if they even deserve an award. You’ll love, for example, the tart onion flambé pie, the smoked pork and cabbage, or the grilled pork knee with speckles. In the south, the Alsace Wine Route zigzags between villages such as Ribeauvillé and Rivouvier. During wine festivals, when the fountains overflow with wine pouring for free, it would be a shame not to come here. Along the way you will meet many local pubs where you will be offered delicious food. 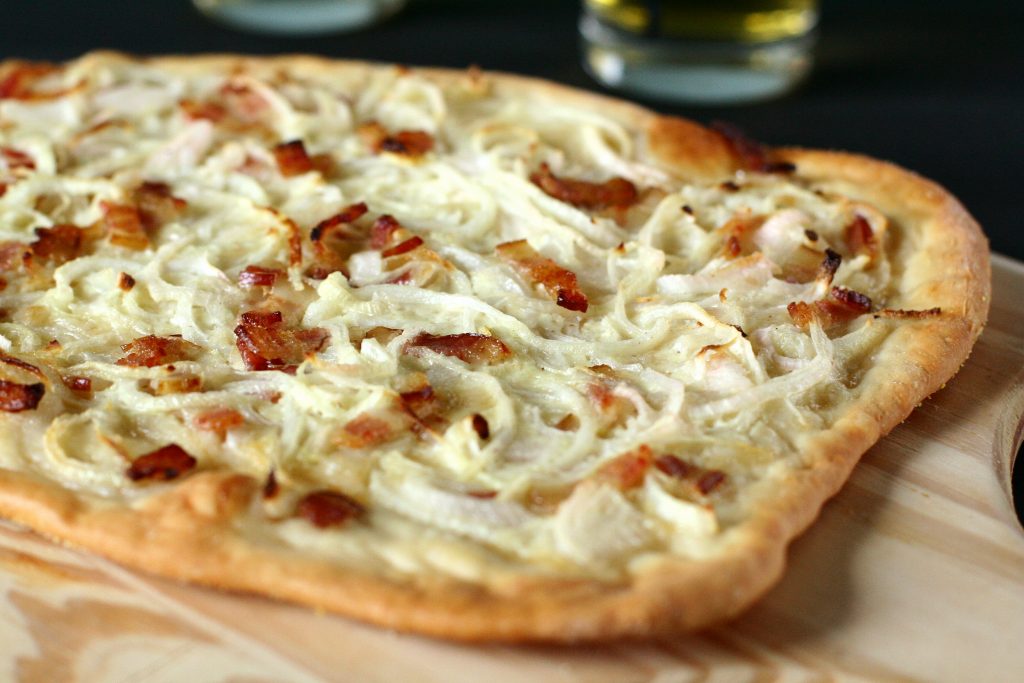 The most classic raw materials here are meat, sausages, potatoes, root vegetables and fish. The most famous dish would probably be pickled sauerkraut (shukrut). It serves as a supplement to almost everything. A popular delicacy is the stew of three kinds of meat. All this can be drunk with a glass of Alsace white wine, which has a strong taste, bright color and fine taste.

Strasbourg is a popular and interesting place. That’s not surprising, as it has everything a traveler could want. It has a rich past, half-timbered houses that look like fairy tales, charming streets and at the same time modern buildings and a busy life. Strasbourg is considered the second largest and most important university city, and many even call it the capital of Europe.