The Government of Colombia told about the progress of the search of the galleon San Jose, which sank in 1708 near the coast of the South American country with gold, silver and emeralds on board, valued at 4 to 17 billion dollars in today’s equivalent, reports Live Science. Specifically, it is reported that a deep-sea survey vehicle was used to take pictures of the find.

In 2015, near the coast of the Colombian city of Cartagena, the autonomous vehicle REMUS 6000 was lowered underwater to a depth of 600 meters to take several pictures of the galleon. From a distance of 9.1 meters from the wreck, the robot photographed the wreck itself and also obtained the visual evidence necessary to identify the San Jose: distinctive engravings of dolphins on its bronze cannons.

In May of this year the Colombian government decided to finally confirm that the wreck was indeed a San Jose galleon and also allowed the researchers to publish some information about the find.

“The Holy Grail of shipwrecks

The San Jose was launched in 1696 and was a ship equipped with 62 cannons. The galleon was part of the Spanish Golden Flotilla and was intended for exporting treasure from Peru.

Other ships of the flotilla always accompanied the San Jose to Europe from the New World, but in 1708 the galleon, loaded with untold riches: gold, silver, precious stones, was deprived of this support, but the ship’s admiral Jose Fernandez de Santillian decided to sail anyway. This was a fatal mistake: the ship was attacked by the British and destroyed.

“On board the San José in 1708, the treasures from Peru were worth between $4 billion and $17 billion in today’s equivalent. They were intended for the king of Spain to ensure his success in the War of the Spanish Succession, in which the Spanish and French fought the English.” ,” reports Live Science.

READ
Edinburgh, Scotland is a beautiful city with many historical sights 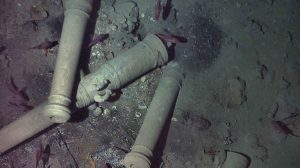 Since then, treasure hunters and archaeologists have tried, to no avail, to find the wreck of the “San Jose” and its treasure, but it was not until 310 years later, with the development of modern technology, that experts were able to do so.

On November 27, 2015, an international team of scientists discovered the wreck of the San Jose using scientific instruments aboard the Columbian Navy research ship ARC Malpelo. The instruments showed that the ship rested underwater at a depth of 600 meters.

It was not clear whether the wreck was a sunken Spanish galleon or some other ship. To help identify the identity of the wreck had to robot REMUS 6000, which earlier in 2011 helped find the wreckage of Air France 447, which crashed in 2009, a few hundred miles off the coast of Brazil. 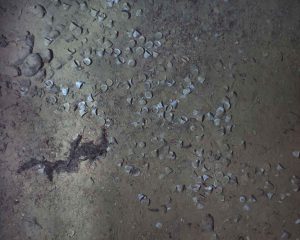 The robot’s camera footage showed the surface of the ship covered with a light patina of sediment, and decorative carvings on the cannons photographed during REMUS 6000’s subsequent dive allowed Roger Dooley, a leading maritime archaeologist at Switzerland’s Marine Archaeology Consultancy (MAC), to confirm that the San José was underwater, Live Science reported.

According to scientists, the San Jose is of significant cultural and historical importance because the ship contains artifacts that will help historians learn more about the economic, social and political climate of eighteenth-century Europe.

The Colombian government plans to build a museum that will display the ship’s surviving parts, including its cannons.

In 2011, the U.S. court declared the galleon the property of Colombia (it was claimed by Spain), which means that all the treasures will go to the Colombian treasury.

Why the San Jose galleon sinking was the subject of a three-nation dispute, and Why it was forgotten

READ
Hearst Castle in the city of San Simeon, USA Returning all objects of art to their original homeland is always a difficult dilemma. This is especially true for artifacts stolen and looted during the colonial period. In recent years, there have been more and more finds. In 2015, the sunken Spanish galleon “San Jose” was discovered, for which the war between Colombia, Spain and the United States almost began.

Who the San Jose belonged to and where it sailed.

“The San Jose was a famous Spanish galleon built in 1696. The huge ship with the poetic name “Saint Joseph” was armed with 62 cannons. “San Jose” began to be actively used during the armed conflict, in which many royal dynasties of Europe were drawn after the death of the Spanish ruler Charles II. Samuel Scott’s painting of the Battle of Cartagena at Sea. The moment of the explosion on the ship “San Jose” is depicted / Photo: wikipedia.org

The galleon was virtually no different from the other ships in the flotilla. Its fate after the sinking might have been of no interest to anyone, if it were not for its most valuable cargo. It carried gold, silver and precious stones, with a crew of six hundred men. According to historical records, these treasures are valued at between $15 billion and $20 billion in today’s world. A huge three-masted galleon constantly shuttled between Peru and Spain carrying gold. It was entitled to several warships of escort. And so it had always been until the Spanish fleet was bogged down in the Battle of Britain in 1708. The guard detachment of the San Jose was delayed. The captain of the galleon decided that luck loves the brave and risked continuing the mission without protection.

Four British warships attacked the San Jose off the coast of Cartagena, Mexico. It is likely that they guessed the valuable cargo of the galleon and were about to board it. The honor of the Spanish captain was at stake: he would not dream of placing the treasure of his kingdom in the hands of the enemy, so he personally blew up the powder magazine. Virtually the entire crew and the precious cargo ended up at the bottom of the ocean.

Who found it, that’s who found the ship.

Many of the pre-colonial artworks and objects of the northwestern region of South America were made of gold and silver, materials once extremely common in the area. Because these precious metals were so valuable to Europeans and Spanish colonizers in particular, countless cultural treasures were seized, shipped to Spain and melted down, and sometimes lost at sea. For several centuries, the galleon was silenced. But the very idea of a sunken ship, whose holds were full of gold and jewels, could not fade into oblivion. Since then it has become a legend, and has even been dubbed the “Holy Grail of shipwrecks.

The Spanish galleon San Jose, which sank off the coast of Colombia in 1708, was rediscovered by Colombian officials in 2015 near Cartagena. But that wasn’t the only thing that gave the country a “claim” for the ship. Many artifacts from Colombia and other Latin American countries are believed to be on board. A very real battle ensued for the right to appropriate the ship. Colombia asserted that since the ship sank off its shores and was found by citizens of that country, then all the valuables that would ever be found on board belong to them. However, Spain categorically disagreed, since according to all the documents, the ship belongs to that kingdom and, consequently, so does the cargo on the ship.

Why did three countries claim the wreck

If the claims of Colombia and Spain were logical and understandable, no one expected the third party to the conflict. As is customary, wherever there is big money involved, there is the United States. In the early 1980s, an American company received official permission from the Colombian authorities to lift the ship. They were confident that they had found the wreck of the San Jose. Under the treaty, the U.S. could take a third of the valuables found on the ship in exchange for technical assistance in lifting the entire galleon.

This treaty with the U.S. also reverberated in 2015. The Colombian authorities went to court, arguing that the place indicated by the U.S. company as the last resting place of the Spanish galleon was not even close to reality. Consequently, no compliance with the contract for the voluntary transfer of one-third of all production is out of the question. This led a team of international scientists led by the project’s chief archaeologist, Roger Dooley, to discover the actual location of the ship in 2015. The team worked from a Columbia Navy ship and used an autonomous underwater vehicle, the REMUS 6000, to search and survey the wreck site.

The Kingdom of Spain, too, did not remain silent after the discovery of the wreck. All documents listed the San Jose as a Spanish warship, it was served by Spaniards and even sailed to Spain. The representatives of the country didn’t even bother to apply to the UN for confirmation of the legitimacy of their claims. Colombian authorities have classified the location of the sunken ship with gold and emeralds on board / Photo: travelask.ru

Not surprisingly, in 2019, the High Tribunal decided to halt any development of the galleon’s whereabouts and attempts to bring it ashore until it was clear exactly which country the untold treasures on board belonged to. The only problem is that only officials will adhere to such a decision. Until these disputes are resolved, the wreck remains vulnerable to looters and adventurers. Still, it is difficult and pointless to secure the seafloor around the clock.

And at the best of times, litigation involving the interests of several nations is a time-consuming affair. With the arrival of the pandemic, the situation has become even more complicated. All three stakeholders are now more concerned with saving their citizens from the coronavirus, and any archaeological research has been indefinitely postponed. To make matters worse, protests against political corruption and police brutality erupted throughout Colombia in the spring of 2021.

READ
What to see in Australia?

The Spanish galleon San Jose still rests at the bottom of the sea, forgotten and abandoned. Archaeologists the world over would like to have a single glimpse of it – a true witness to three hundred years of history, and one that could tell a great deal to scientists. From many such discoveries for the purpose of education are created floating museums: historical ships and steamships, which can be visited today.