The Fate of the Royal Opera House in Madrid

Spaniards are a very musical nation, in the heart of which has always lived and continues to live a sincere love for this art. No holiday in Spain is without traditional folk songs, many musical groups perform in the streets, and literally in every city there are musical performances of all kinds. Indeed, one only has to think of the rousing rhythms of the flamenco or the sarzuela, an art form that has no equal in the world, and it immediately becomes clear why the Spanish are so strong in the vocal arts, and why the history of opera, despite lacking a grandiose heritage in creating direct operatic masterpieces, goes deep into the past. Because of its close kinship with the Italians, opera has become incredibly popular in Spain and has given us as many unsurpassed vocalists as Italy itself. And if we consider the fact that it is on the Iberian peninsula that most operas are set on the Iberian peninsula, it is only natural that almost every major city in Spain has an opera house, which, in fact, is not far behind the opera houses in Italy, Germany and France. And if we take into account all of the above, then the fate of one of the most famous opera houses in Spain, and all over the world, – Teatro Real Madrid, also known as Teatro Real (Teatro Real), will seem quite surprising. 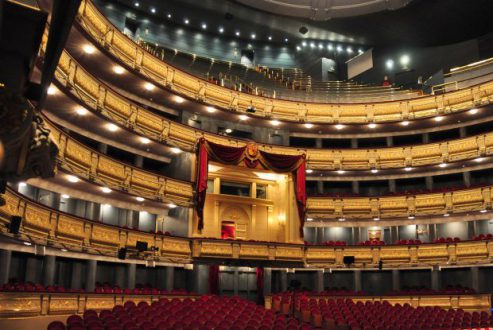 History of the Teatro Real

Teatro Real is located in the center of the Spanish capital, on Plaza del Oriente, between the Royal Palace and the statue of King Philip IV on horseback, designed by the incomparable Diego Velazquez.

The Spanish people have always had a great love for opera, and considering that the royal court was also very supportive of this art, it’s not surprising that in 1850 Queen Isabella II ordered the construction of an opera house opposite the Royal Palace. The inauguration took place the same year, on November 19, but the first opera staged at the Teatro Real was a work by Donizetti, called “The Favorite”. It is worth noting that this grandiose building, made of grey stone, was also the home of the Madrid Conservatory in 1867. In its original form, the opera house existed for exactly 75 years, during which the most famous vocalists from all countries performed on its stage, but in the first rows, of course, were singers from Spain and Italy.

In 1925 the Royal Opera House has been closed for reconstruction, which lasted incredibly long – more than 40 years. The reason for such a long period was the fact that funding was not available due to the Great Depression, then the revolution and the subsequent Civil War, and then there was World War II, during which the entire country lived in anticipation of joining the hostilities, and consequently the great art was simply forgotten.

Finally, 1966 marked the opening of the building, but at that time it changed its status to a concert hall. And only in 1997 the Opera House returned to its original purpose. 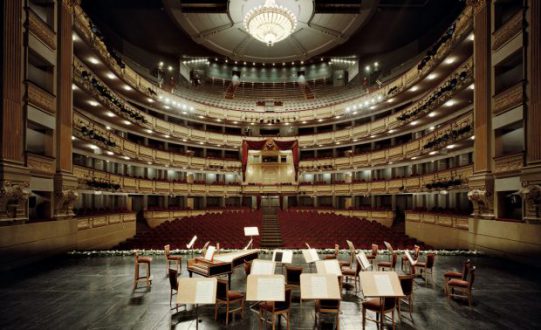 Masterpieces of opera performed at the Royal Opera House in Madrid

On the stage of the Teatro Real there were world opera masterpieces, which came to listen to prominent cultural figures. In 1863, for example, The Force of Destiny was staged here, and the author of the work – the eminent Giuseppe Verdi – was also present. And the year 1925 was marked by performances of the Russian Ballet, which was attended by Stravinsky and Nijinsky.

After the reconstruction, concerts of the Spanish National Orchestra and the Symphony Orchestra of Spanish Radio and Television were held here, and in 1969 it hosted the Eurovision Song Contest.

But after its return to its original status as an opera house in 1997, the repertoire has changed dramatically. Thus, the direction of the Teatro Regio was taken by Gérard Mortier – a figure of European magnitude. With his arrival on the stage of the “Real” were staged the works of Russian authors, which are successfully performed today, such as “Boris Godunov” and “Lady Macbeth of Mtsensk uyezd”. The director is also no stranger to contemporary works of opera. Still, Mortier tries to develop a repertoire that differs from the “mainstream,” while not sparing works by Puccini and Verdi.

The Royal Opera House is the main opera stage in Spain

The Teatro Real in the Spanish capital (also Teatro Real ) has a history that is unlike any other opera house in the Old World.

Considering the great affection of the Spanish people for opera, it is not surprising that in ancient times it already had a place of honour at the royal court. Moreover, during the reign of Isabella II, an imposing building, the Royal Opera, was erected on the square named after her, which is located near the Royal Palace. This role was played by the theater for about 75 years. During that time many famous singers of different nationalities have performed on its stage, but it was mostly singers from Italy and Spain who appeared on the stage. 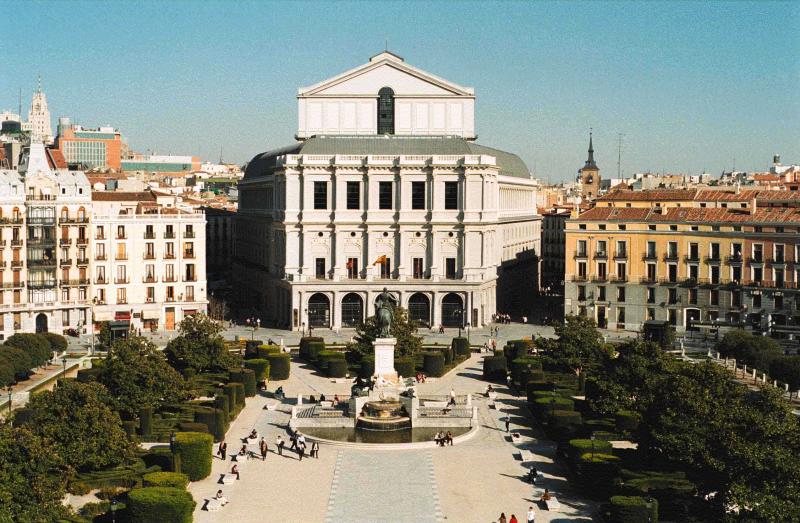 In 1925 the structure was closed for restoration works, which lasted for about 40 years. Initially there were no financial resources due to the grave world economic crisis of the time, then the revolutionary events and the ensuing civil war overshadowed the fate of the opera. Later World War II broke out, and although Spain was not directly involved in it, the need to join the fighting on the side of the “Axis” states was constantly expected, since the Spanish dictator Franco had given considerable support to Hitler and Mussolini, and only his commitment to the official principles of neutrality allowed him to safely enjoy the fullness of power for about three decades after the end of the war. In 1966 the building was finally opened, but not as an opera house but as a concert hall, since the dictator was not a fan of opera. It was only in the second half of the nineties of the 20th century that the “Real” regained its original purpose. 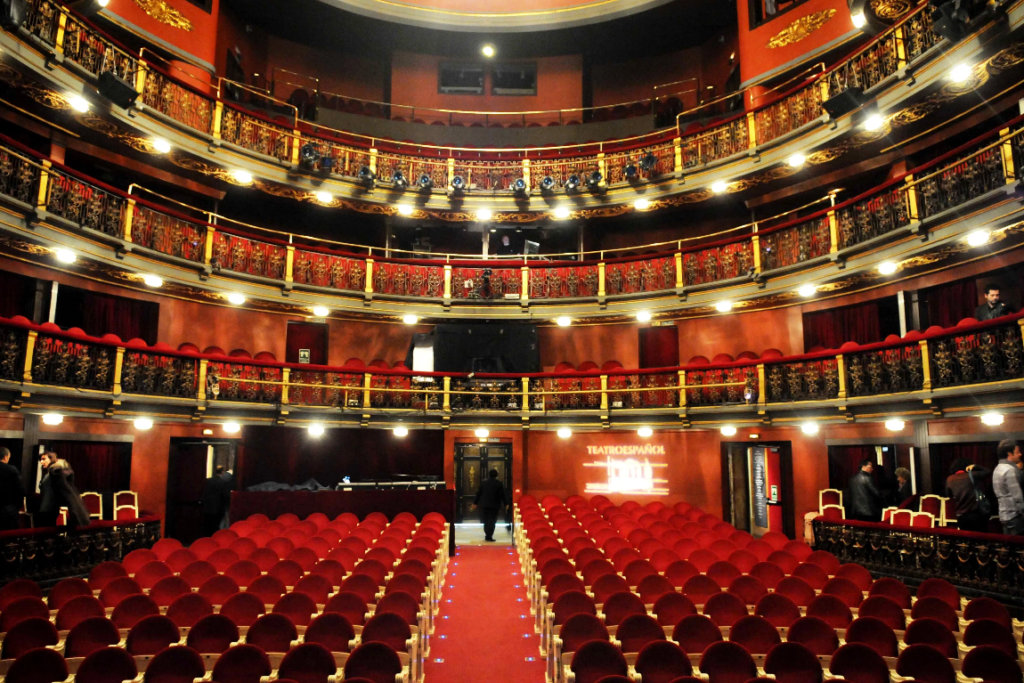 Over the past quarter century, the Teatro Real has stubbornly strengthened its own reputation. After the theater’s management by the nationally renowned European theatrical figure Gérard Mortier, its integration into the opera scene of the Old World has only been accelerated.

Mortier is an admirer of directorial theater, but he himself is the author of individual programs designed to be brought to life on the stage of the Real. Moreover, his director is the initiator of a repertoire characterized by originality and the advocate of a policy of strong cooperation with other opera organizations in Europe. Only under Gérard Mortier music in the Royal Opera House is performed in Russian (currently “Iolanta”, “Lady Macbeth of Mtsensk” and “Boris Godunov” are performed there). 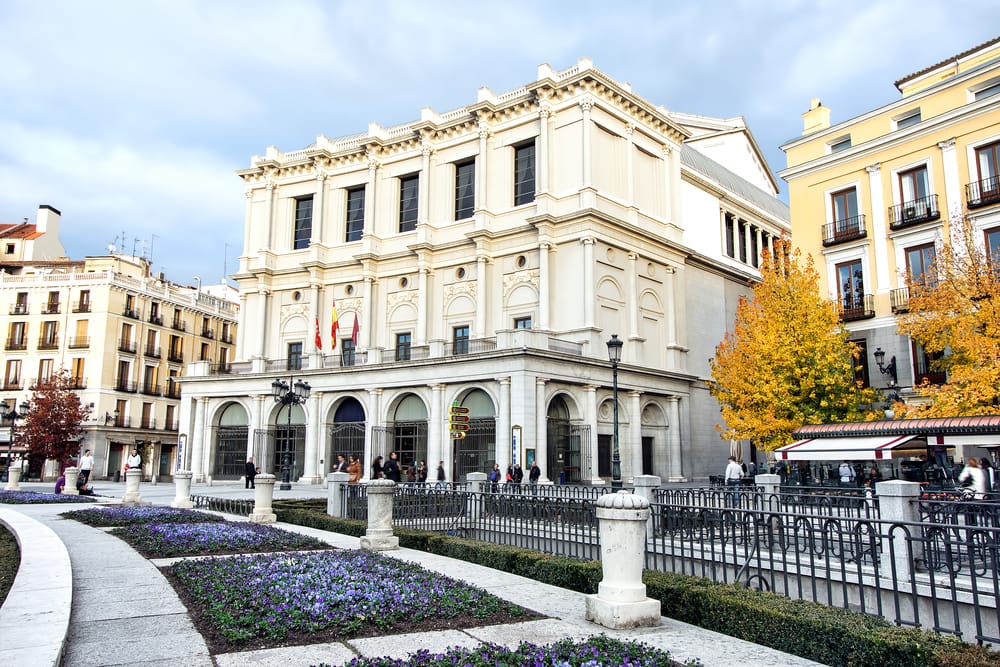 But there are disadvantages – the mainstream repertoire is not popular and the operas by Puccini and Verdi are the most unlucky.

The Opera House nowadays. Since 1997 the Royal Opera House has remained almost unchanged. Its external and internal appearance is a combination of a small number of architectural styles. The auditorium can seat 1,854 spectators.

Every lover of opera will certainly appreciate the “Real” when they visit it.