On the coast of Bulgaria. The ancient towns of Nesebar and Sozopol

Popular and little-known attractions in Bulgaria. Nesebar, Sozopol and others.

I have heard more than once that there is nothing to see in Bulgaria. The beach and the sea… Would you believe it? Or would you rather check? For a comfortable traveling we rent a car (how to do it read our blog) and go to study the local attractions. Autovoyage we plan along the Bulgarian coast.

Black Sea coast of Bulgaria can be divided into two parts – south and north. The latter includes everything that is closer to Varna, to the south – everything that is near Burgas. I consider this division as quite fair, because these are the two biggest cities on the seashore and both have international airports, train stations and seaports.

Let’s start with the traditional – the visit of the ancient towns of Nessebar and Sozopol. It is one of the most famous tourist attractions in Bulgaria. Not to visit this place would be like not seeing the Eiffel Tower in Paris. Stary Nesebar is situated on a small island connected to the mainland by the bridge and is one of the oldest cities in Europe with a population of about 10 000 inhabitants. It is the successor of the ancient Thracian settlement called Mesembria, which existed since the beginning of the first millennium BC. From 510 BC it was turned into a Greek colony. 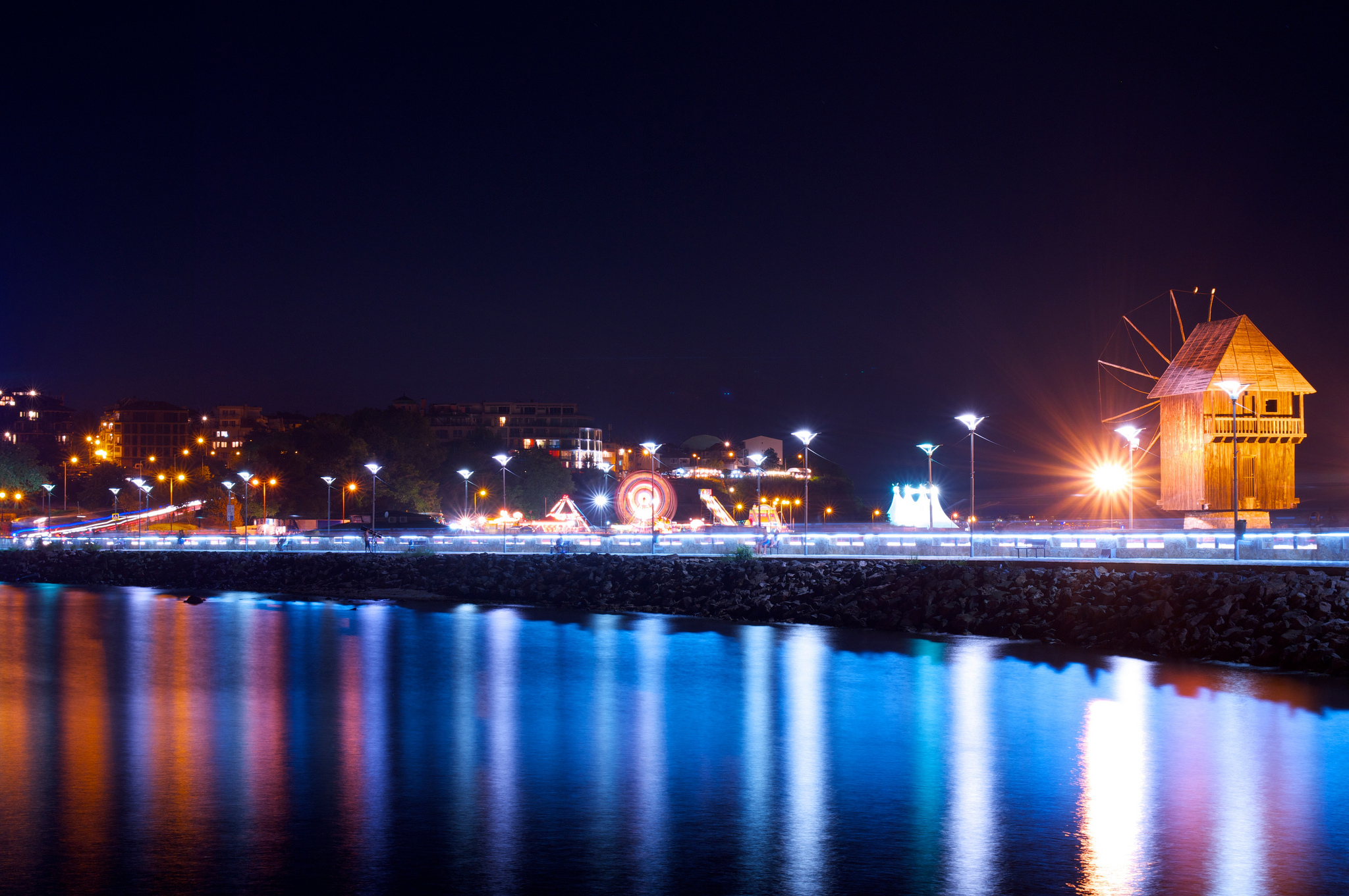 From antiquity to the present day are the ruins of the fortress wall, towers, gates and reliefs. In 1983 the old town of Nessebar was included in UNESCO’s World Heritage List. In the old part of the city are intense archaeological research. During the excavations were discovered the ruins of a church built in the IX century AD, and the remains of the Byzantine baths.

READ
Things to See and Do in Dubai. 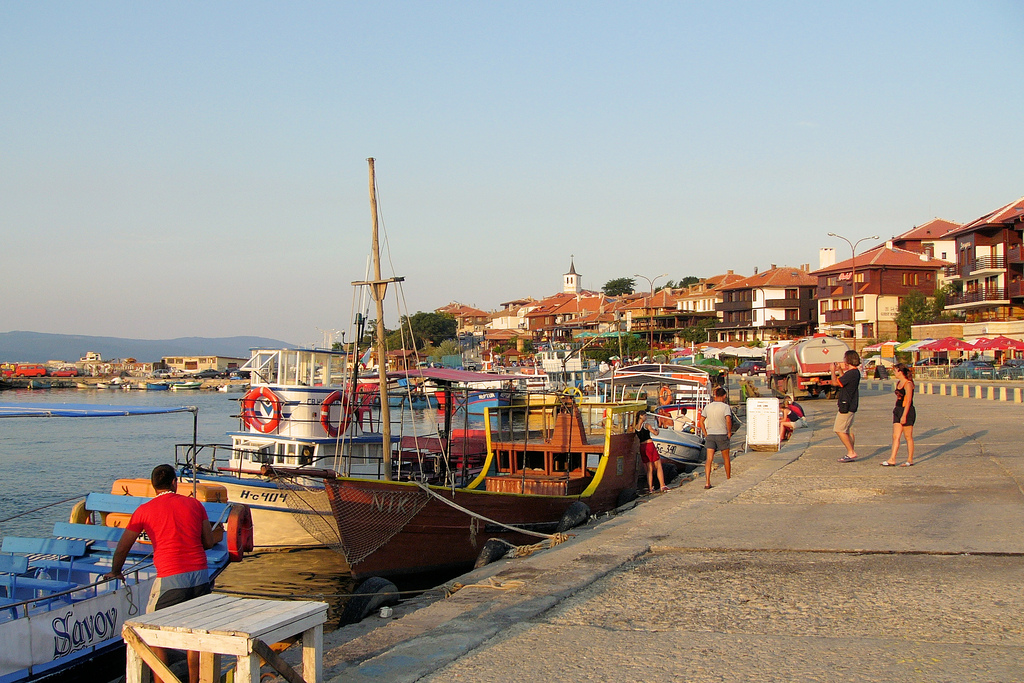 However, objectively, we must admit that the city from a historical monument, now turned into a market of souvenirs and restaurants. My first time in this city was in 1998, then in 2006, 2007 and 2008. And on each visit I had to admit that the city was losing its color and charm. However it is not necessary to over-dramatize the situation and the city is in any case worthy of being recommended for a visit. You can have an interesting walk and learn more about the history and attractions of Nessebar with Alesei, who has lived in Bulgaria for over 10 years.

The next stop is Sozopol – the oldest Bulgarian city on the Black Sea coast. It’s a little south of Nessebar. It is almost impossible to get lost here, because there is only one road. 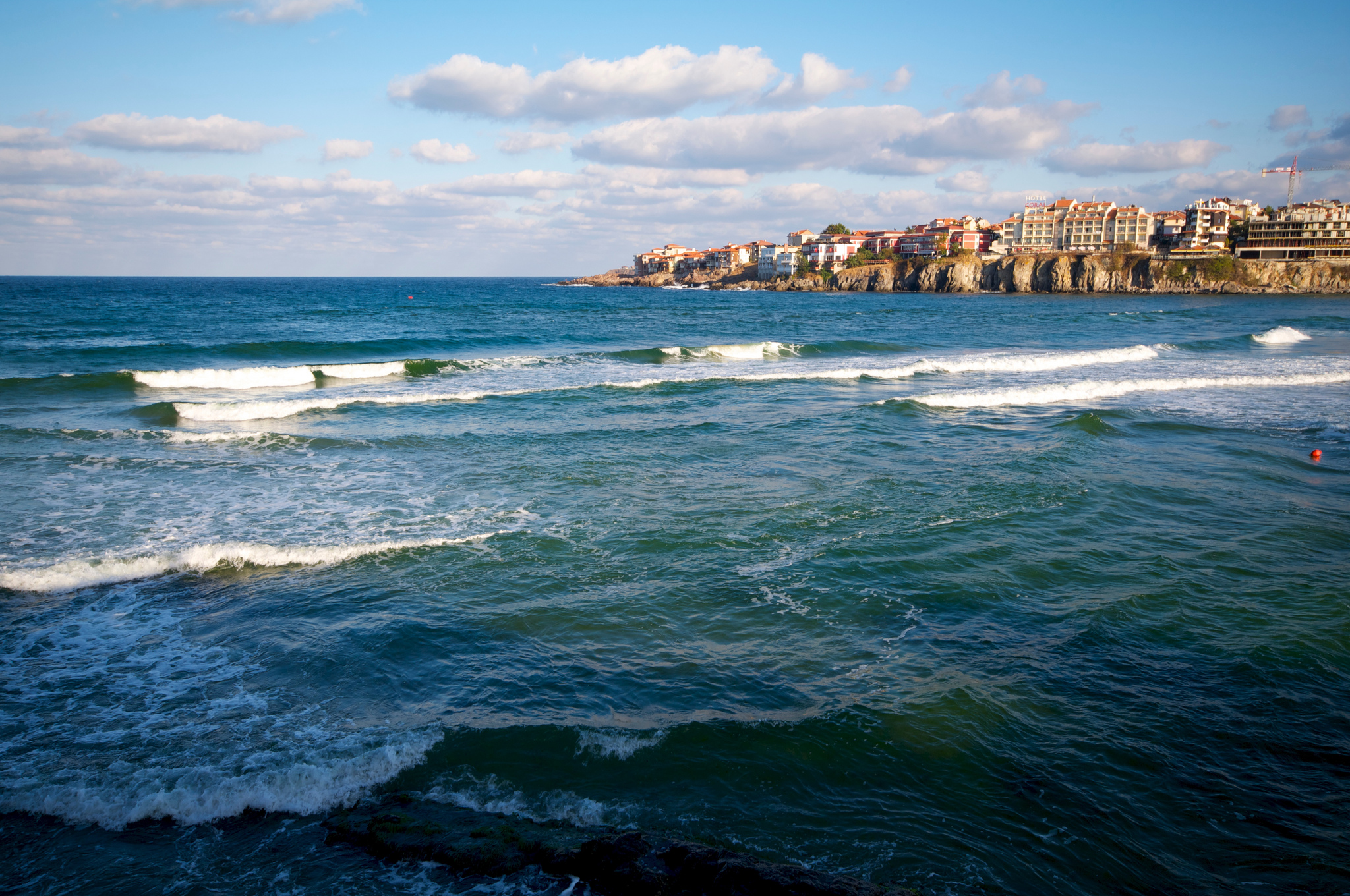 The only problem may be Burgas – a major port city. Indexes in Bulgaria, although written in the usual Cyrillic alphabet (and actually what else they can be written in Bulgaria), very informative do not differ.

A little about the history of the city. The first settlement in Sozopol dates back to the 4th-3rd millennium BC (Bronze Age). In 610 B.C. the Greek colony of Apollonia, named after the god Apollo, was founded there by people from Miletus. In this oldest city there is an unusual archaeological museum: not just the results of excavations, but a large collection of ancient Greek vases. During the next excavations in 2011 and 2012, two medieval burials were discovered on the site of an ancient settlement (Apolonia Pontica necropolis) near Harmani beach. Excavations of the fortress wall and a monastery (presumably, according to medieval documents, the church of St. Nicholas) are underway. The residents of Sozopol are also proud of the built Church of St. Mary, with an iconostasis made by local woodcarvers. 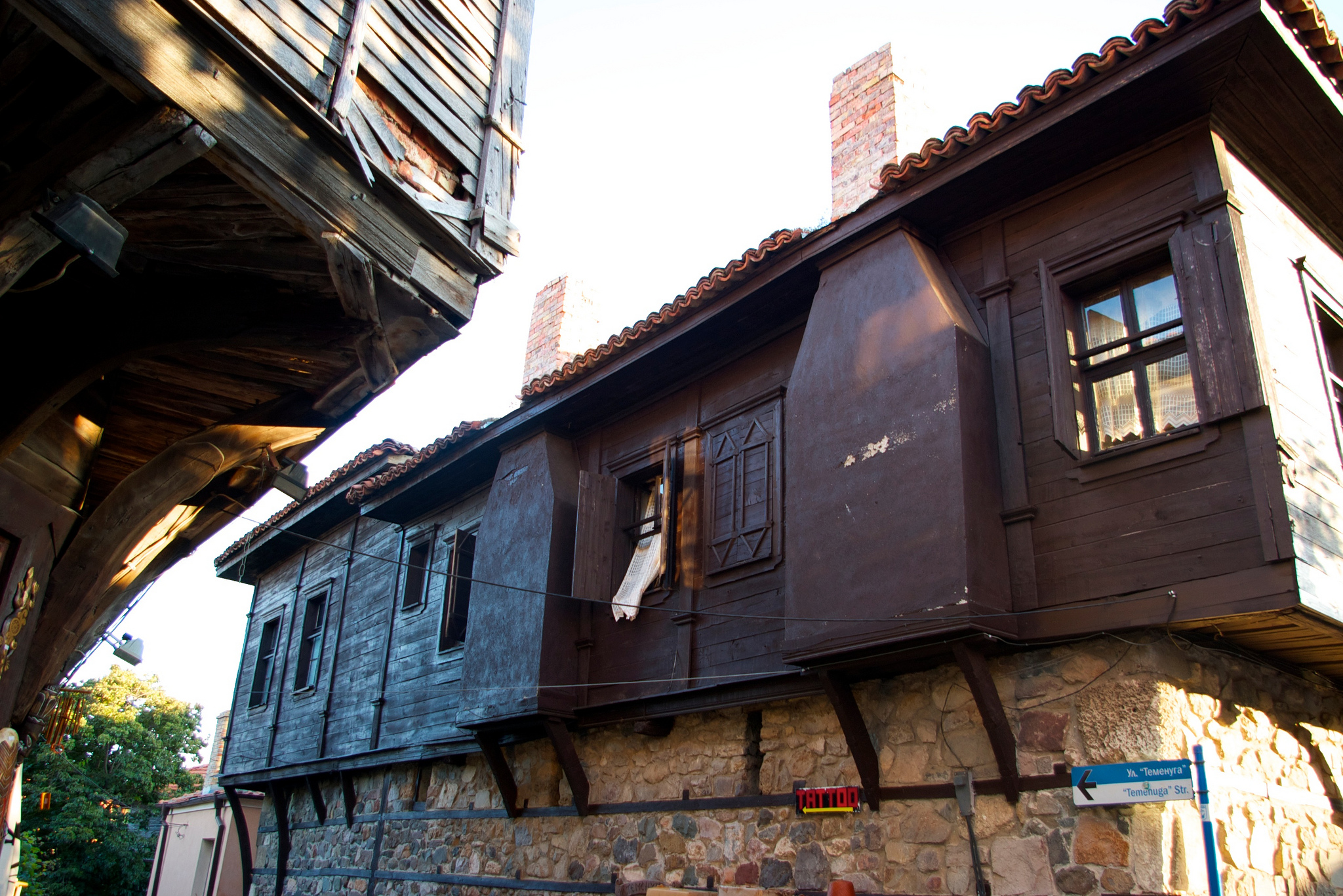 During the Russian-Turkish war of 1828-1829 the Turkish fortress of Sozopol (Sizeboli) was taken on 15-16 February 1829 by a detachment of Russian battleships “Empress Maria”, “Panteleimon” and “Pimen”, frigates “Rafail” and “Eustathius” and three gunboats led by Rear Admiral Mikhail Kumani (335 guns and 1162 troops).

What to see in Sozopol

Sozopol is a lot like Nessebar, but much bigger and, to my taste, more authentic. The quay deserves special attention. To tell the truth a walk along it can be darkened by the abundance of restaurant barkers (if the aim of a walk is not just a dinner). However, when planning a trip this place should also be included in the list of must have. 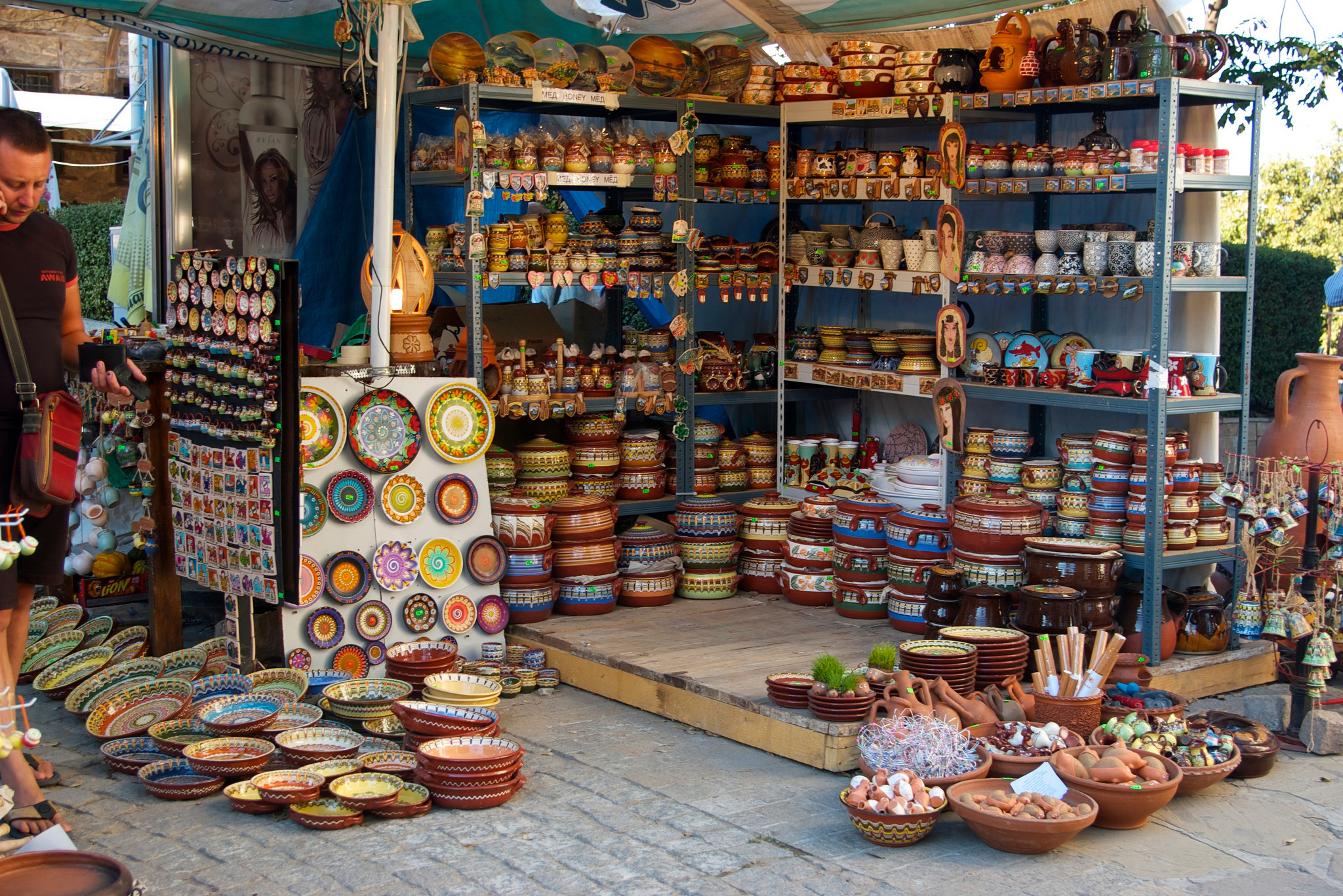 In the town you can find medieval monuments, the caves of Cape Maslen and many other interesting things. All this makes up the picture of a charming “museum” town. 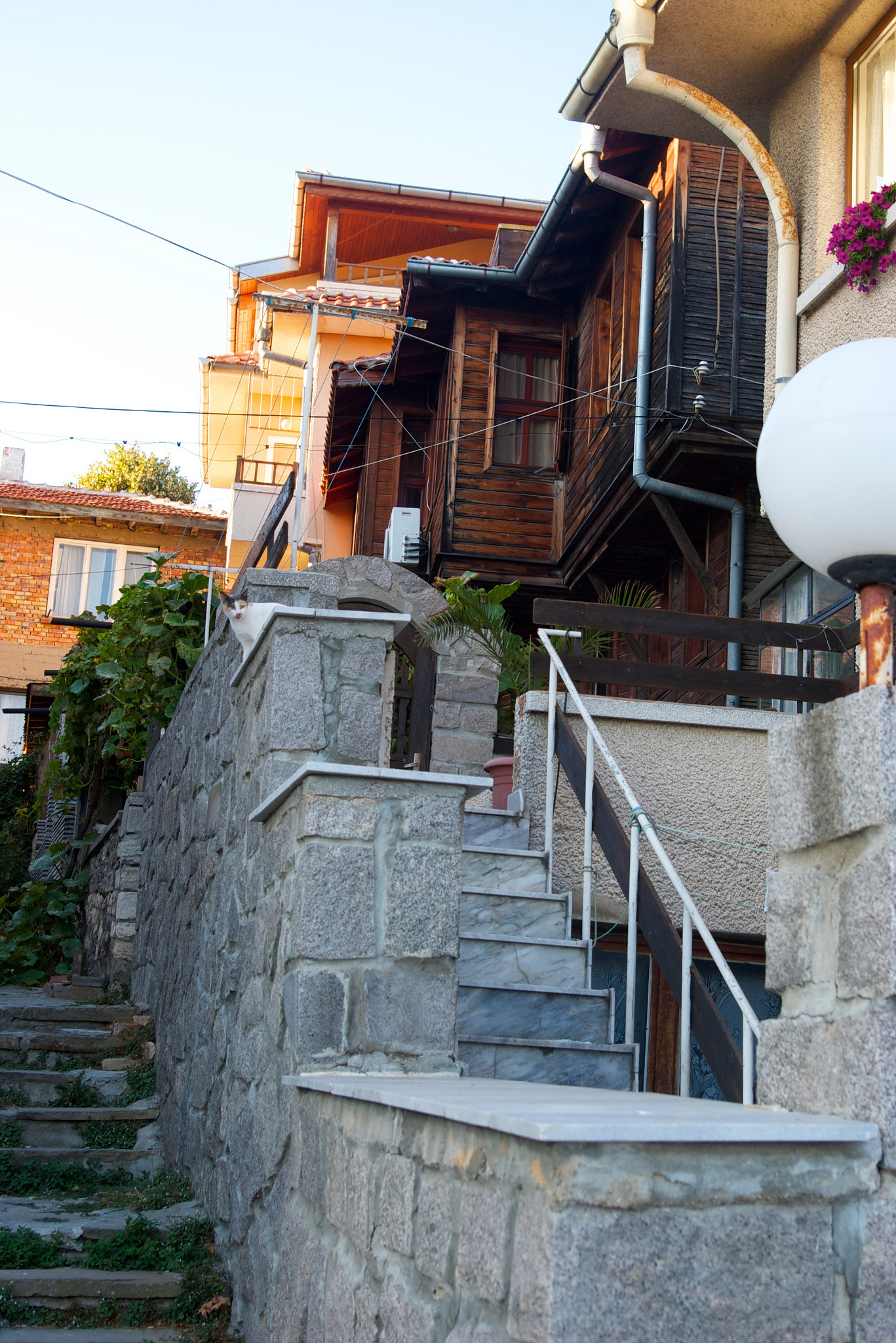 Fans of sea fishing will also find attractions to their liking. Local fishermen with a license gladly take Russian tourists with them on trips for fish. Moorings can be found in Sozopol and Tsarevo.

Interesting facts: in 2012 an unusual find was made by Bulgarian archaeologists during excavations at the monastery “St. Nicholas the Wonderworker” in Sozopol. In the necropolis in front of the fortress wall near the church of “Saints Cyril and Methodius” the remains of a vampire were found. The deceased man is clearly buried in accordance with the ritual for bloodsuckers. There is a metal stake sticking out of his chest. Archaeologists believe the vampire was a nobleman during his lifetime. This is the first tomb of a vampire discovered in Sozopol. There are six more unexplored graves nearby. The Bulgarian Government has allocated an additional 270 thousand leva to continue the excavations. It was announced by the mayor of Sozopol Panayot Reisi. Now archeologists will begin work on capes Akin and Chervenka.

If you had to be in Sozopol, it is worthwhile to drive a couple of dozen kilometers south along road No. 9 to the National Park “Ropotamo”, located along the river of the same name. On a small pleasure boat here you can take a river trip and see the beauty, see wild boars, herons and even turtles in the wild. But I will talk about that, as I say, in the next episodes…

READ
8 things to do in Marseille on a limited budget, France

Then we go south to the Ropotamo River to admire the local beauty. The proximity of the river to the sea creates an interesting effect – the water at the mouth of the river is salty. At a distance from the sea, it acquires a greenish tint, which gives the place a mystery. Sometimes it seems that this is not Bulgaria, and the river in the tropics and alligator’s nose and eyes are about to appear out of the water. But there are no crocodiles here, but there are blue herons, and if you look at the surrounding mountain range, you can easily guess the profile of a lion. 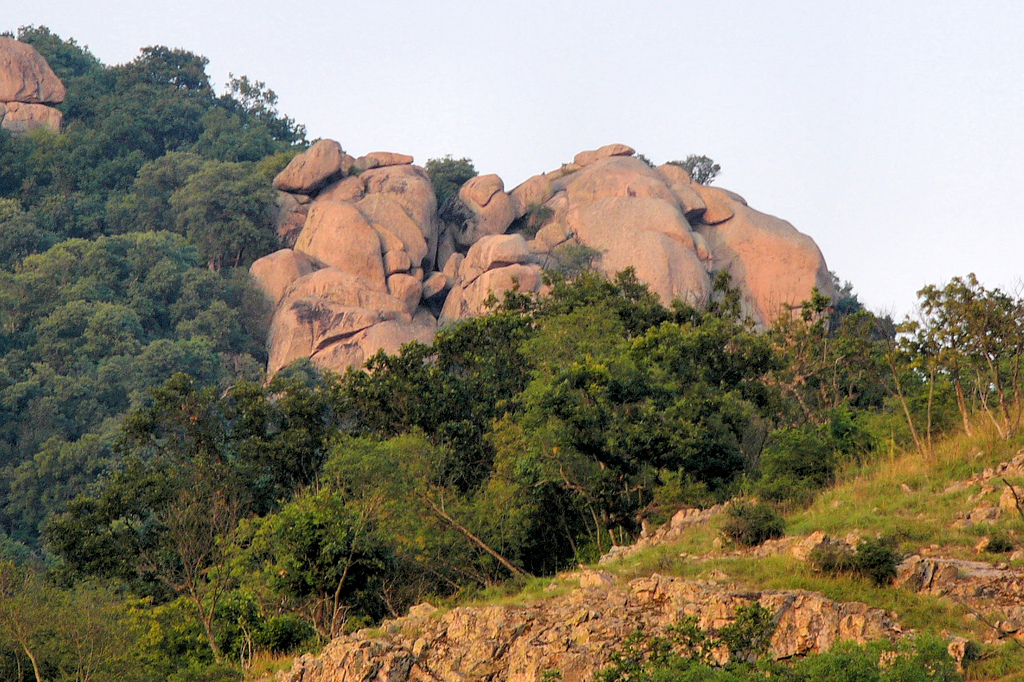 Ropotamo received the status of a nature reserve in 1940. In 1962, Ropotamo was declared a national park. As a consequence of this decision, Ropotamo has become a favorite place for tourists. The large flow of tourists disturbed the ecological balance of the area, and since 1992 Ropotamo became a reserve with a strict regime. Now the only possible format of travel along the Ropotamo River is about an hour walk in small pleasure boats. There is no special excursion, the boat departs when it is full, about once every 30 minutes. 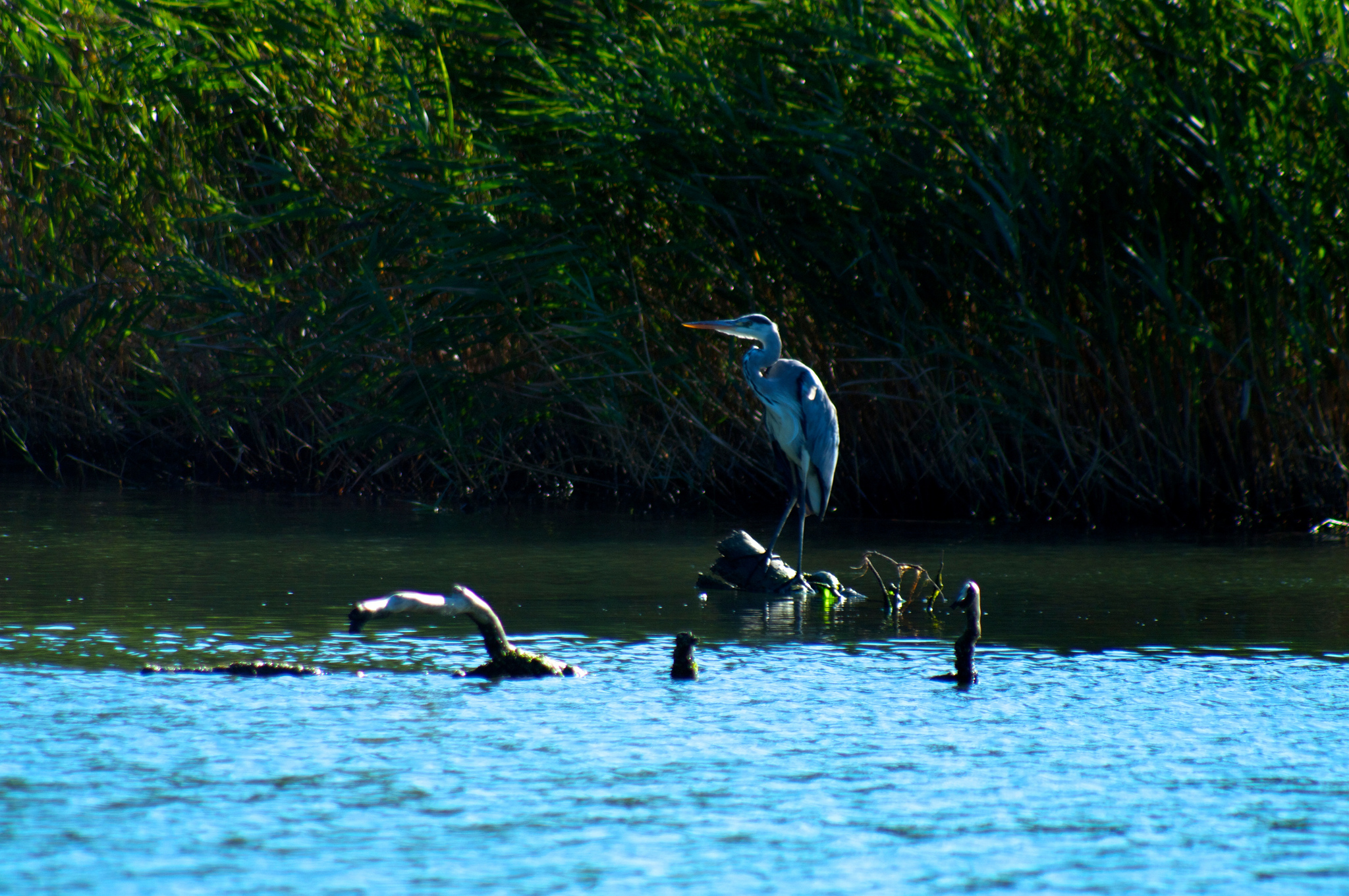 At the beginning of the IX century the river Ropotamo was the border between Bulgaria and Byzantium. The bed of the river lies below sea level and 5-6 km from the mouth the fresh water from the springs mixes with the salty sea water. In its lower reaches the river is navigable and reaches a depth of 6-8 meters. At the place where it flows into the sea there is a picturesque estuary which is surrounded by forest, green hills and sand dunes. The area of the river is unpopulated, and the virgin nature has been well preserved in its natural state. The reserve is home to over 250 species of birds. White dwarf herons and majestic pelicans build their nests on the river. Wild boars, deer, fallow deer, roe deer and mouflons roam the Ropotamo Park. During the fall and winter, some species are allowed to be hunted.

READ
Tour of London, England: On the trail of Sherlock Holmes 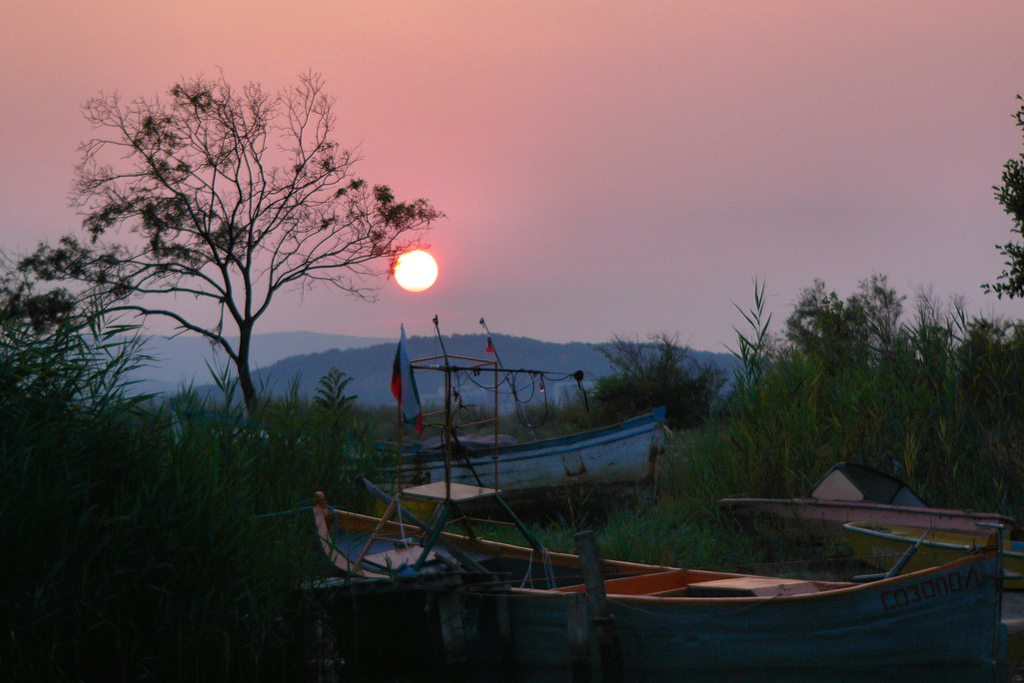 Wet areas, vast flooded forests and marshes formed by the river flow are excellent nesting places. Due to the abundance of food, “Ropotamo” has been chosen as its “camping ground” by migratory birds following the Via Pontica migration route.

The Via Pontica is the second largest migratory route for birds that nest in northeastern Europe and fly south to Africa in winter. Every spring and fall, the invisible skyway is filled with thousands of winged travelers, forming various aerial chains. It makes sense to take a good telephoto lens with you on your walk. In addition to the striking scenery, it’s easy to take pictures of the diverse fauna. 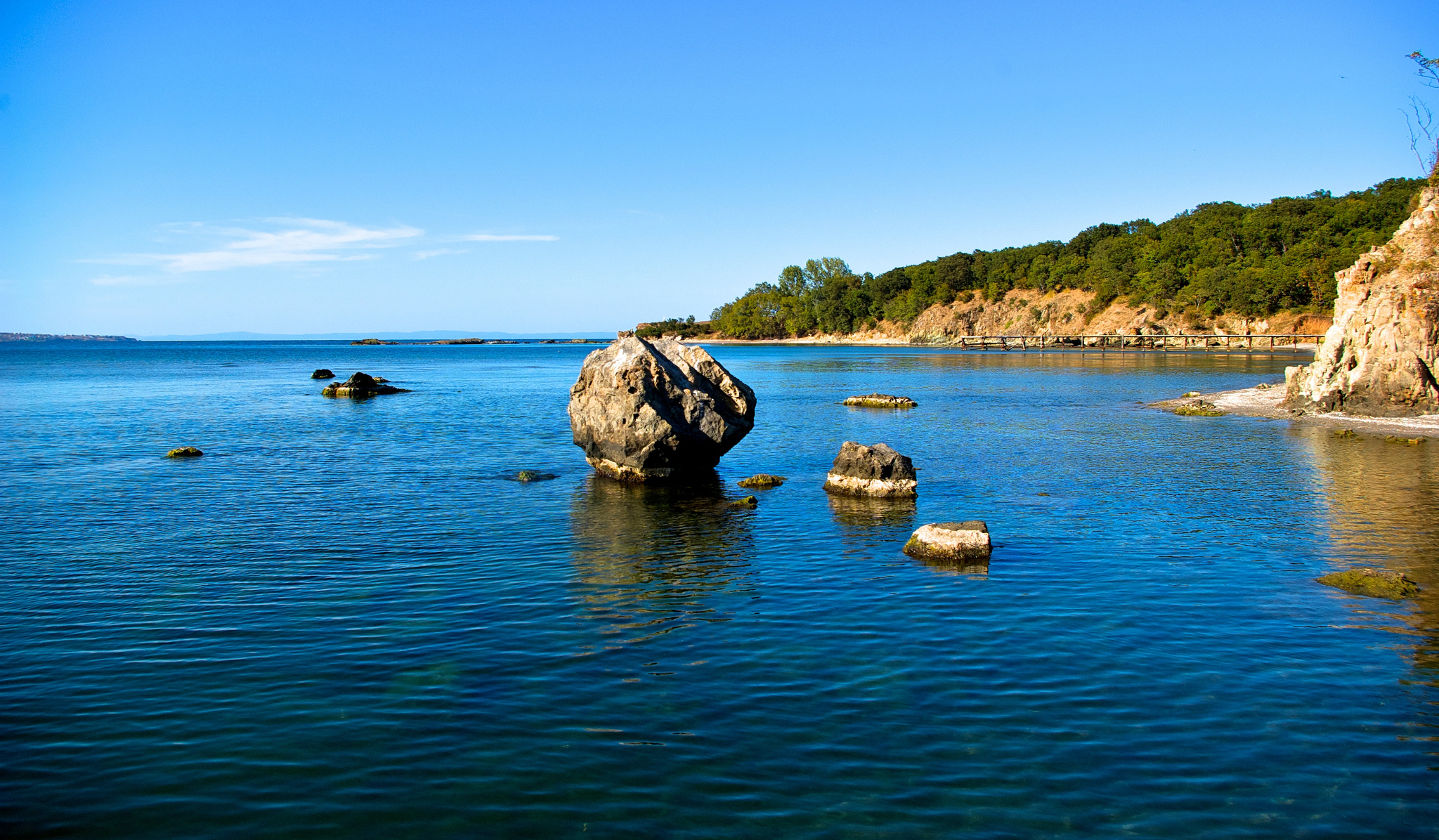 On several trips we came across not only blue herons, but also wild animals living on the banks of the river. But to go on this excursion makes sense only if the weather conditions allow.Here it is necessary to make a small digression and tell a little about what basically can wait for the tourist in Bulgaria in terms of weather conditions. On the whole the coast and the rest of the country is not subject to any serious climatic events. However, the vagaries of weather sometimes still make themselves felt. Every now and then there is a hurricane wind with heavy rain or the sea suddenly begins to boil and brings its wrath upon the coastal areas. But such phenomena are rather the exception than the rule, especially in summer. For example, the most powerful and destructive storm happened in February 2012. It is clear that tourists learned about the natural disaster only from the news. But the sea was not a joke – 9 points, the wave height up to 6 meters and wind speed up to 24 m/sec. But in the holiday season such extremes don’t happen. The downpour, gusty wind – all what nature can annoy a holidaymaker in the summer period.

READ
10 Things to do with your family in Glasgow, UK

Where to stay: in Nessebar or Sozopol

It seems very tempting to stay in a historical place and at the same time by the sea. Historical monuments and the beach, what could be more interesting. If you decide to go to Bulgaria on a tour you can easily find a hotel in any of these cities. The price truth may not be too humane, but it is the cost of organized recreation. In any case, it is not a subject of discussion on this blog. I can only advise where to look for the “right” tour in Bulgaria. For others, the best assistant in matters of finding accommodation on the Bulgarian coast will be booking. I would not recommend Nessebar, if you have to choose between it and Sozopol. Firstly, it is expensive, and secondly, the resort noise will not give you a minute’s peace. Sozopol.