The Papal Palace in Avignon, France. A visit not to be missed 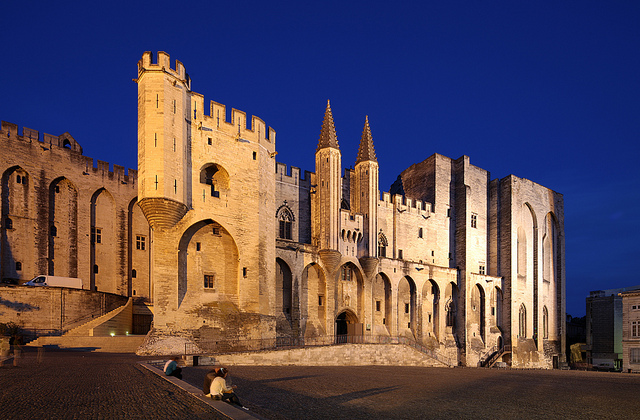 A symbol of Avignon, the Papal Palace (Palais des Papes) is one of the most visited sights in France. It was built between 1335 and 1364. It is divided into Palais Vieux (old palace) and Palais Neuf (new palace). In 1995 it was inscribed in the UNESCO World Heritage List. The building is richly decorated with frescoes, carpets, paintings and sculptures. Do not miss the opportunity to visit the largest Gothic palace in the world!

History of the Pontifical Palace of Avignon

Avignon became the residence of the popes in 1309 when the Gascon Bertrand de Goth, known as Pope Clement V, moved to Avignon shortly after the defeat of Pope Boniface VIII in a conflict with King Philip IV the Beautiful of France. Pope Clement VI bought Avignon from the Counts of Provence in 1348 as his own property. The popes felt much safer in Avignon than in restless Rome, where there were violent conflicts between the aristocratic families. In addition, the Papal state in central Italy was then effectively dissolved. The period of the heads of the Catholic Church in this city (1309-1377) became known as the “Captivity of Avignon”. 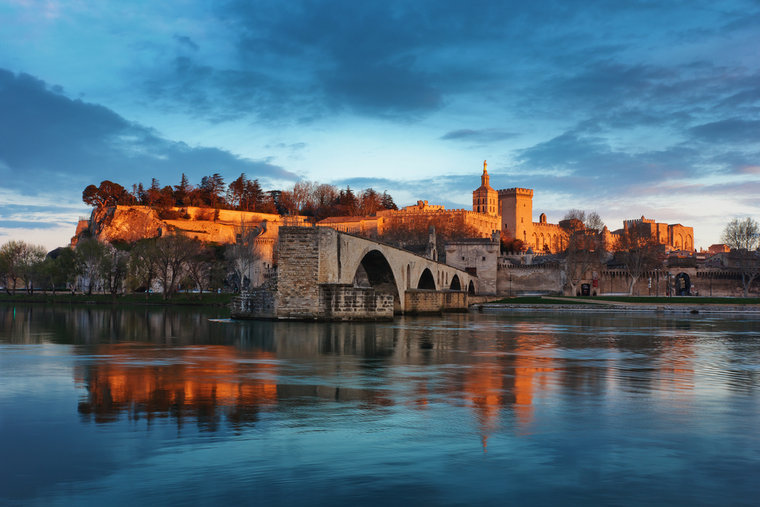 “The Captivity of the Popes of Avignon

The first popes of Avignon, Clement V and John XXII, lived in the Dominican monastery, and it was only under Benedict XII (1334-1342) that the reconstruction of the old episcopal palace began, continued by his successors. The Papal Palace was built on the northern edge of the city on a hill with rocky slopes, overlooking the Rhone River. The original Old Palace was eventually joined by the New Palace. By the time construction was complete, they had a total area of 11,000 square meters. Thus, on erection of the Papal palace the most part of incomes of the papacy went.

The old palace was designed by architect Pierre Poisson Mirepo by order of Benedict XII. The pope ordered the old bishop’s palace to be replaced by a taller and more imposing building with a monastery, powerful walls and towers. During the reigns of Clement VI, Innocent VI and Urban V, the fortress was repeatedly rebuilt and expanded, becoming larger and larger. This led to the creation of another major structure, the New Palace with a chapel for papal liturgies. Two more towers in the palace were built under Innocent VI. Urban V completed the inner courtyard (known as the Court of the Legion of Honor), enclosing it between the main buildings. 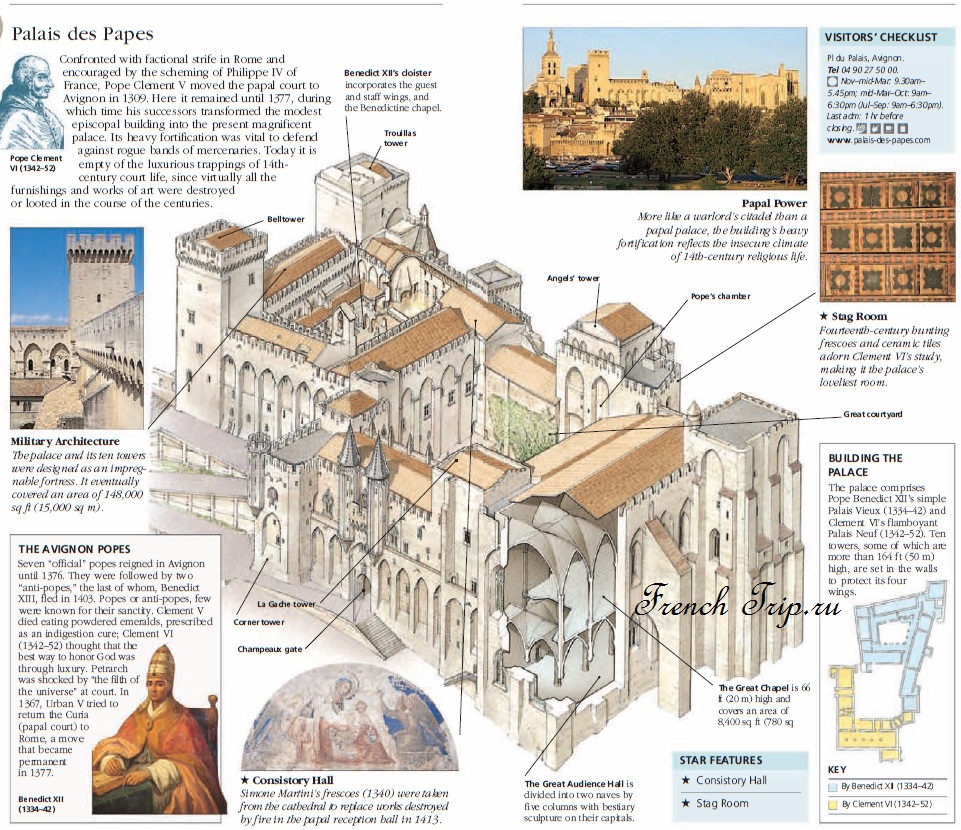 After the return of the popes:

The popes left Avignon in 1377, returning to Rome, but this initiated a papal schism during which the antipopes Clement VII and Benedict XIII made the Avignon palace their residence until 1408. But even after the deposition of the antipopes, the palace was in the hands of their supporters who were under siege in the fortress for several years. In 1433 the palace reverted to the possession of the pope.

During the French Revolution in 1789, the palace was seized and ravaged by rebels, and in 1791 it became the site of mass executions of counter-revolutionaries. Under Emperor Napoleon Bonaparte, numerous rooms of the palace were used as military barracks and prisons. 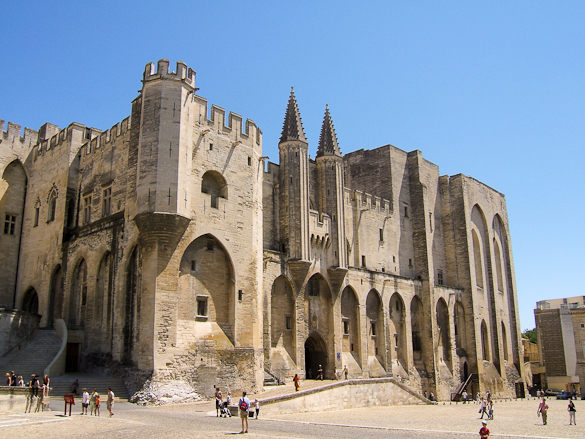 At the beginning of the Third Republic era, when anti-clerical sentiments prevailed in the country, the interior of the palace, made of wood, was dismantled to build stables and the frescoes were plastered over.

In 1906, the French authorities restored the Papal Palace and organized a national museum in it.

Today, most of the palace’s buildings are open to tourists. In addition, there is a large conference center and an archive of the Department of Vaucluse. Above the palace is the Cathedral of Avignon.

READ
12 most beautiful places to visit in the Netherlands

Visit the Pontifical Palace of Avignon: